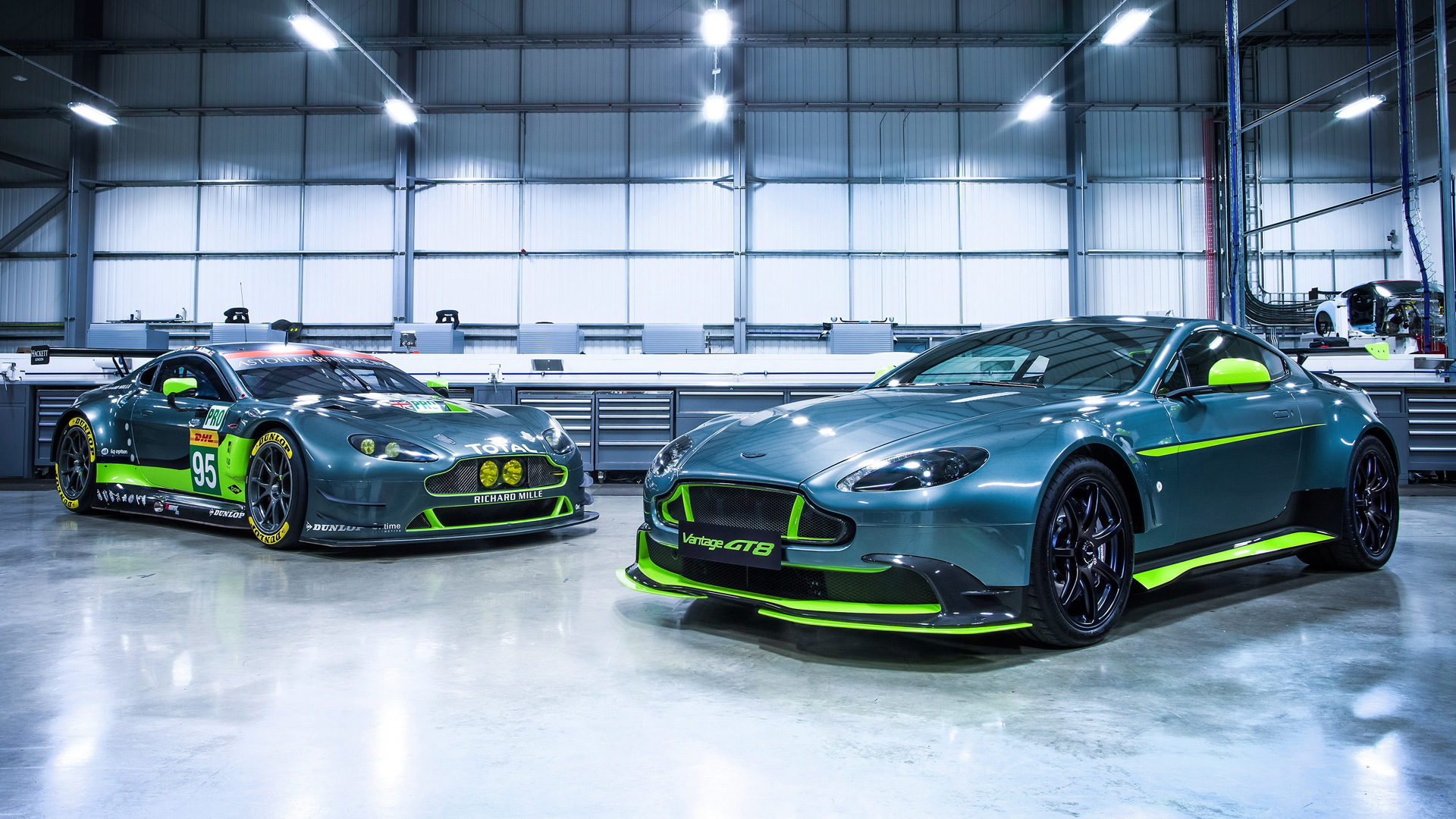 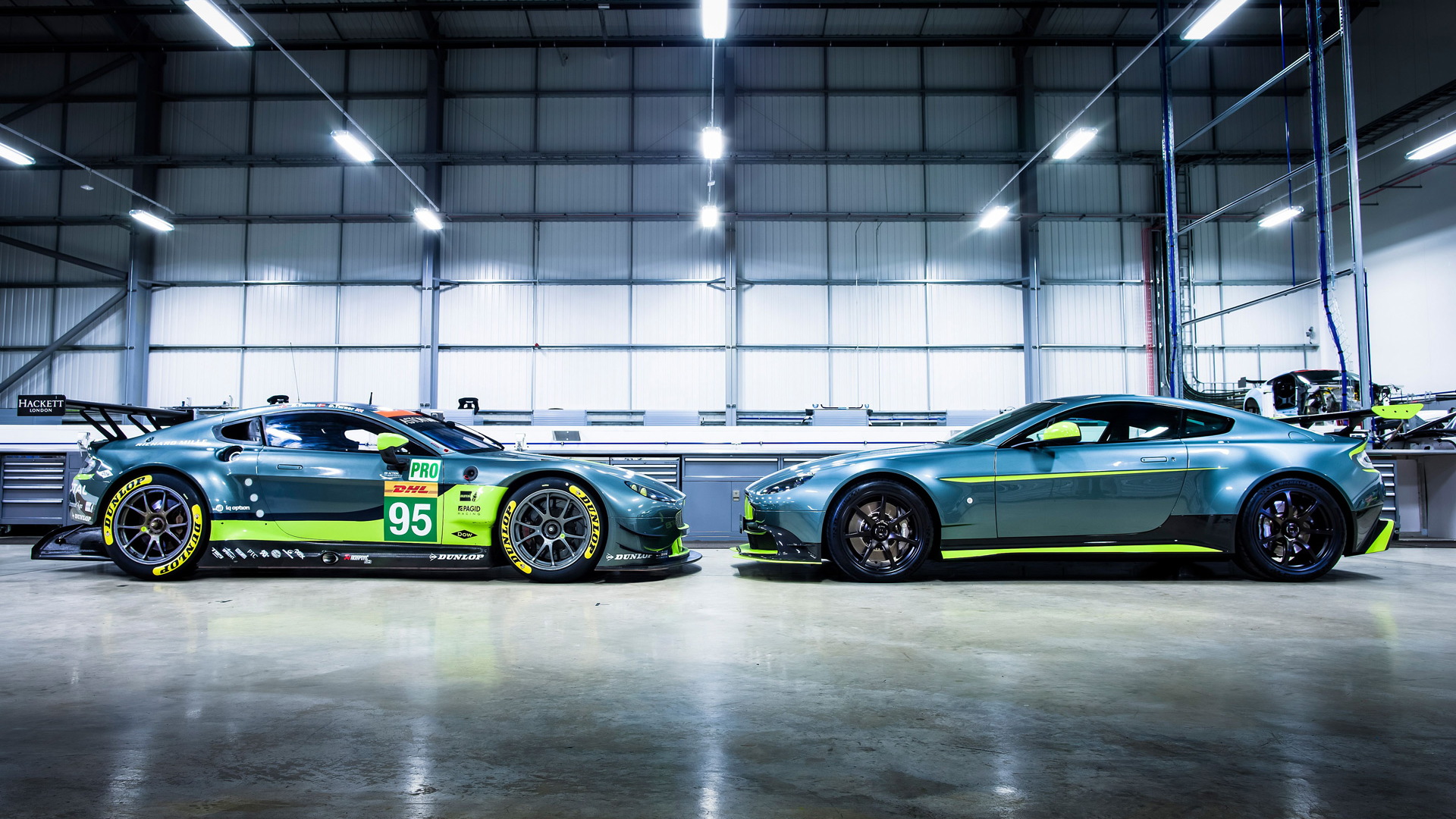 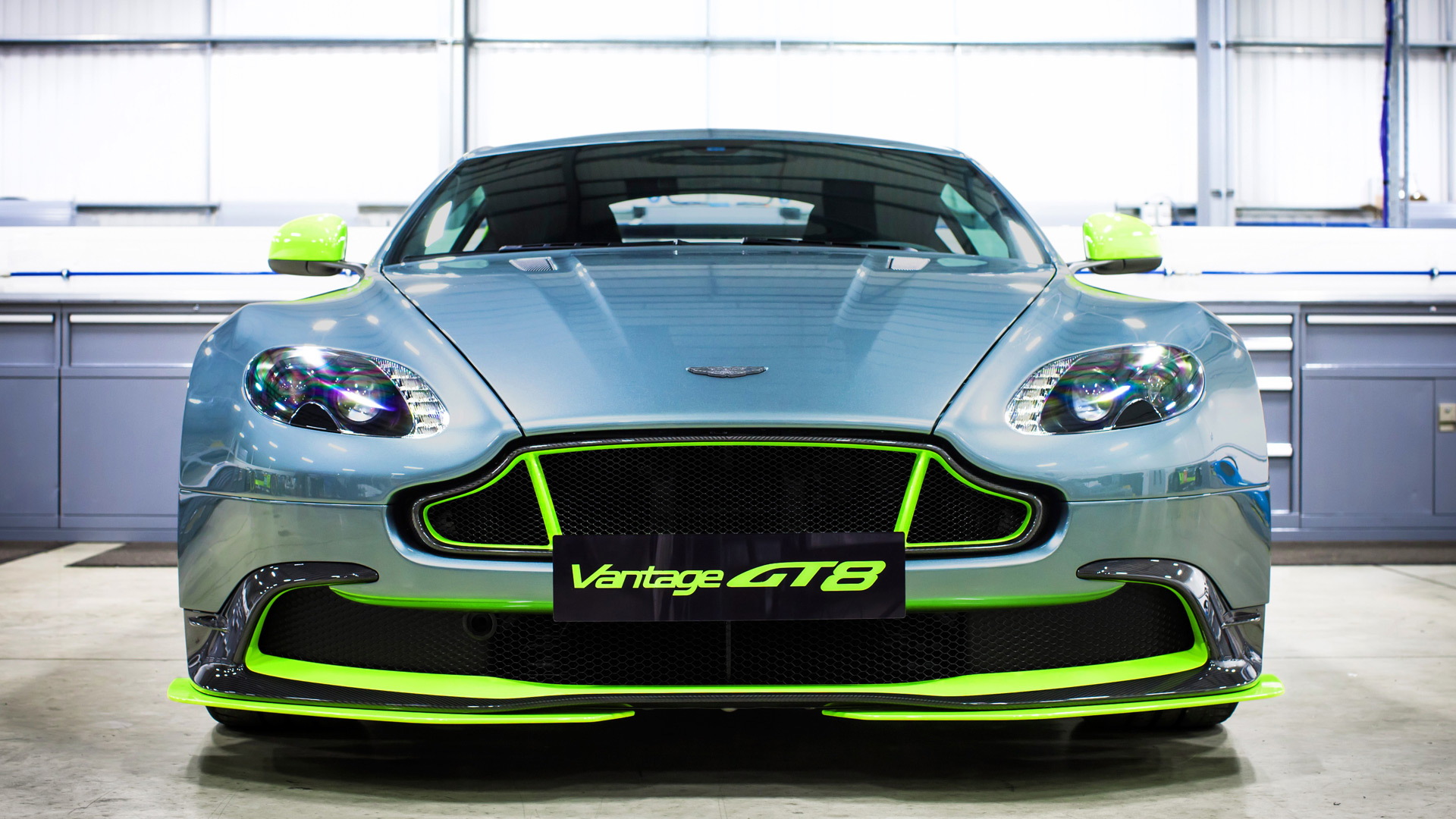 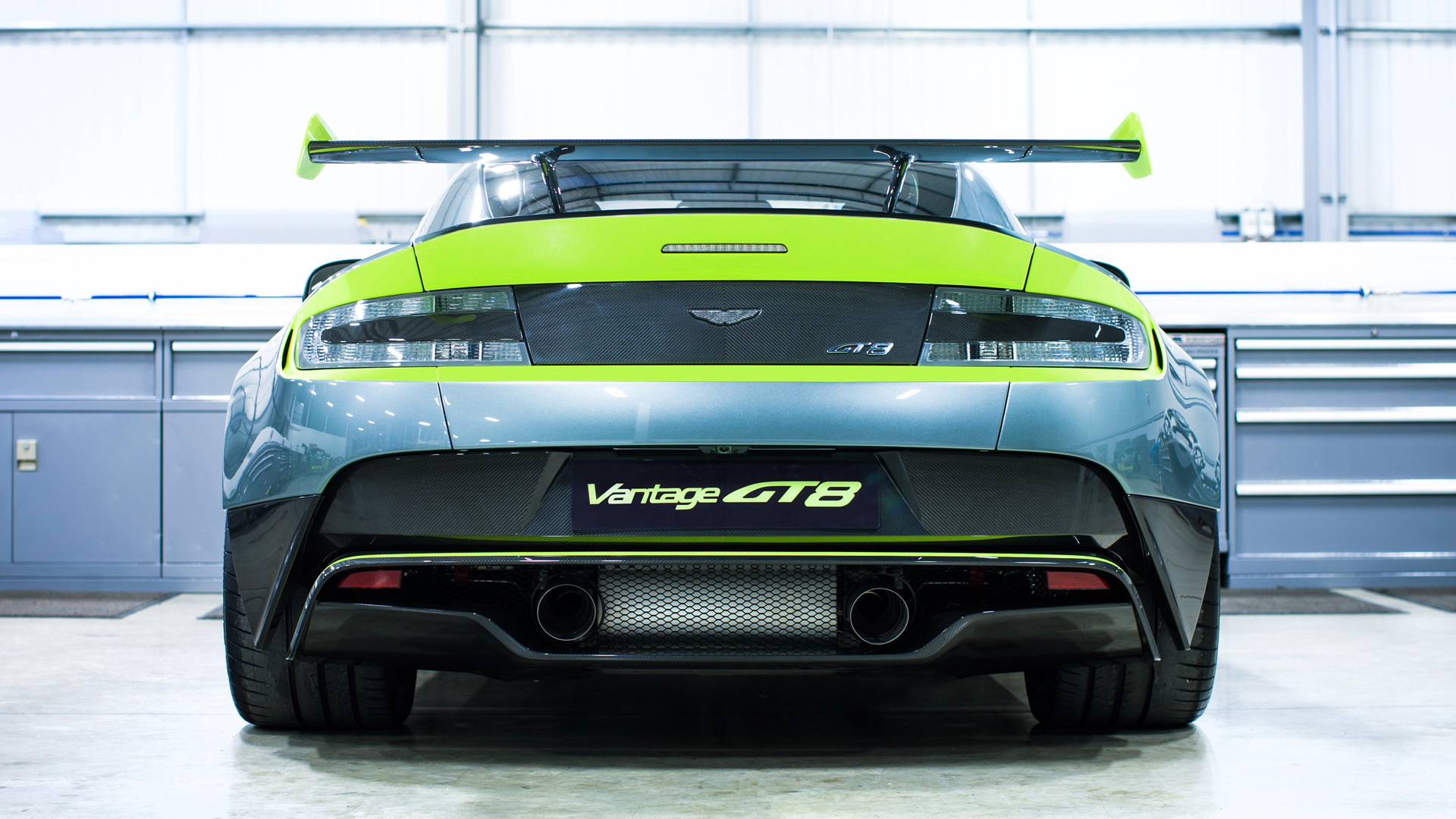 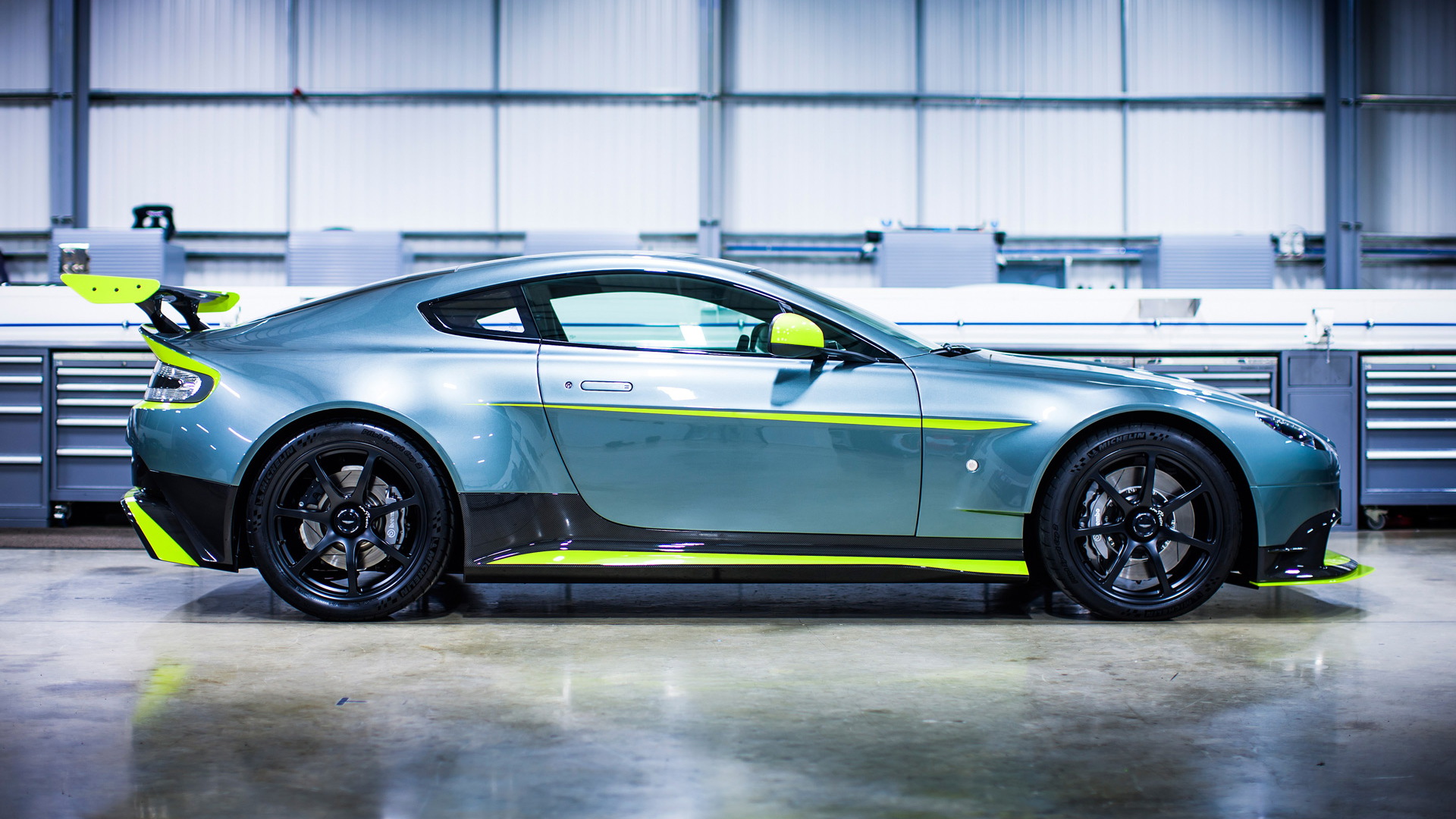 Aston Martin’s new hardcore version of the V8 Vantage has been revealed.

The car is the Vantage GT8, and it’s to be built in an extremely limited run of just 150 examples. Unfortunately, none are expected to end up in the United States.

That’s a shame because the modifications made to the standard V8 Vantage to turn it into Vantage GT8 are scintillating.

For example, weight has been reduced by 220 pounds and power is up by 10 horsepower. The car also sports one of the most aggressive aerodynamics packs we’ve seen on a road car. Inspiration came from the Vantage GTE race car competing in the 2016 World Endurance Championship.

Much of the interior has also been removed and a number of components replaced by lighter units made from more exotic materials. The body is all carbon fiber, the windows (excluding the windshield) are polycarbonate, the exhaust pipes are titanium and the standard battery can be replaced by a lithium-ion unit.

The engine is the familiar 4.7-liter V-8, which is set to be phased out with the arrival of an all-new Vantage next year. Here, it’s been tuned to deliver 440 horsepower. Buyers will be able to choose either a 6-speed manual transmission or a 7-speed automated manual with paddle shifters.

Other modifications include light alloy wheels including an available center-lock magnesium set, Michelin Pilot Sport Cup 2 tires and racing-style liveries for the exterior. The combination you see here is Stirling Green and Lime.

Unfortunately, we don't have all the performance numbers yet but Aston Martin is sure to release those in due course.

Pricing for the Vantage GT8 in the United Kingdom starts at £165,000 (approximately $234,160). The first luxury buyers should receive their cars late this year. As mentioned above, the car, like its Vantage GT12 V-12 cousin, will likely skip the U.S.