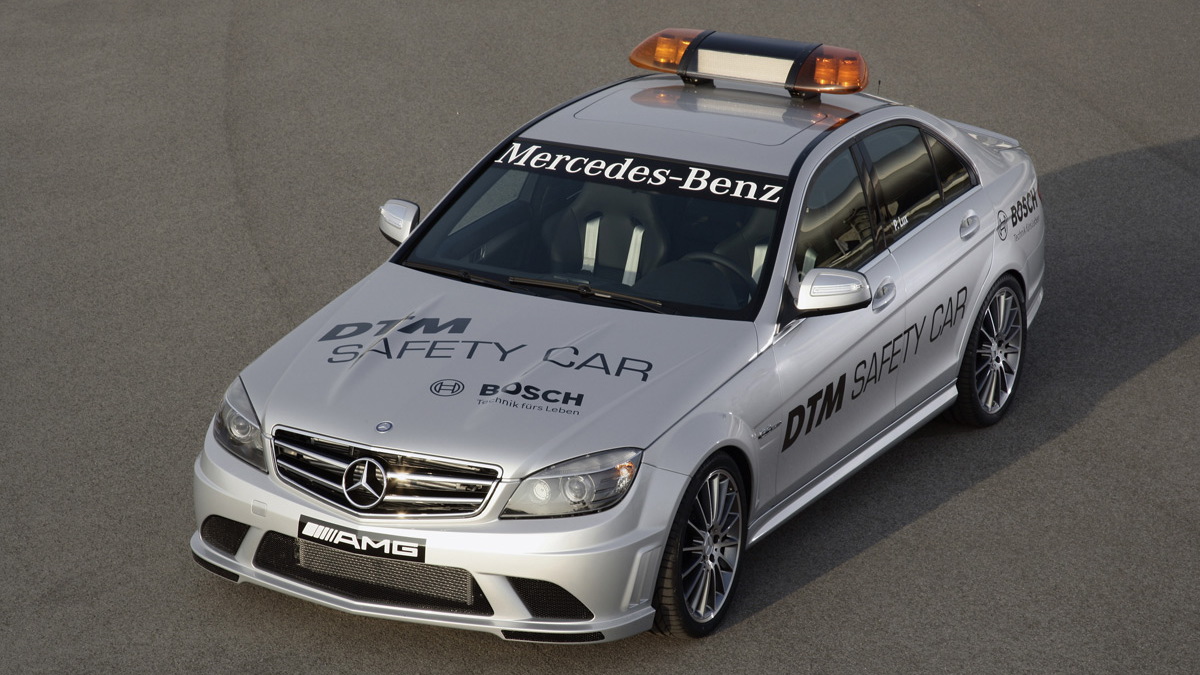 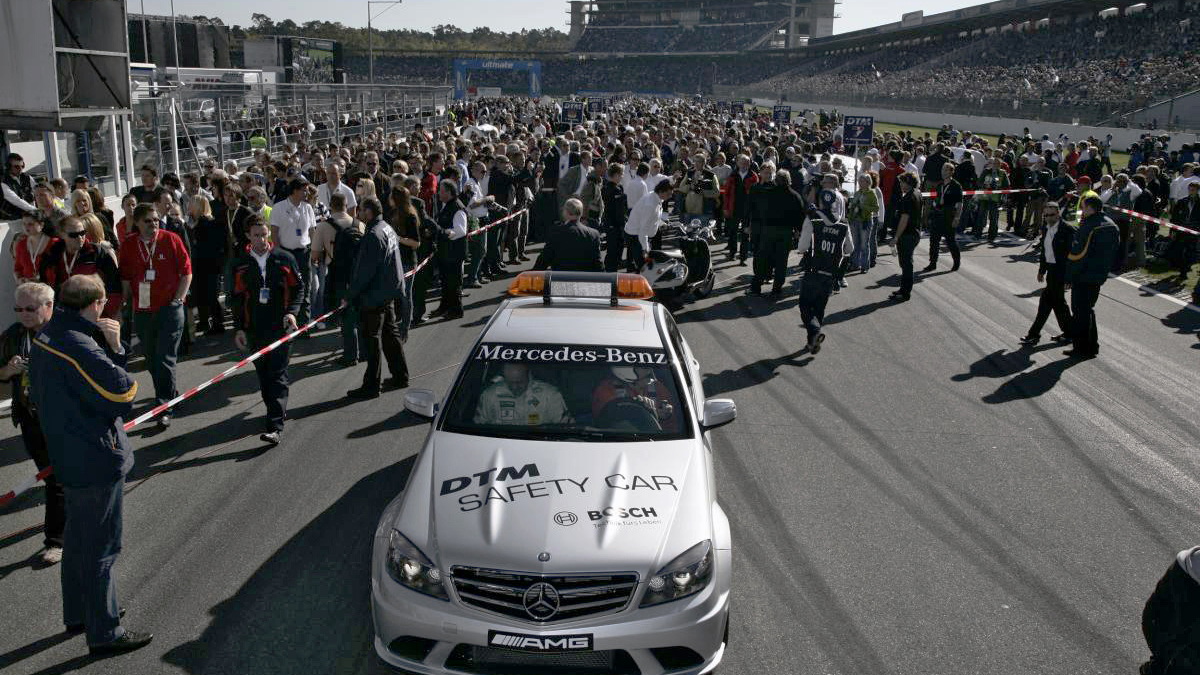 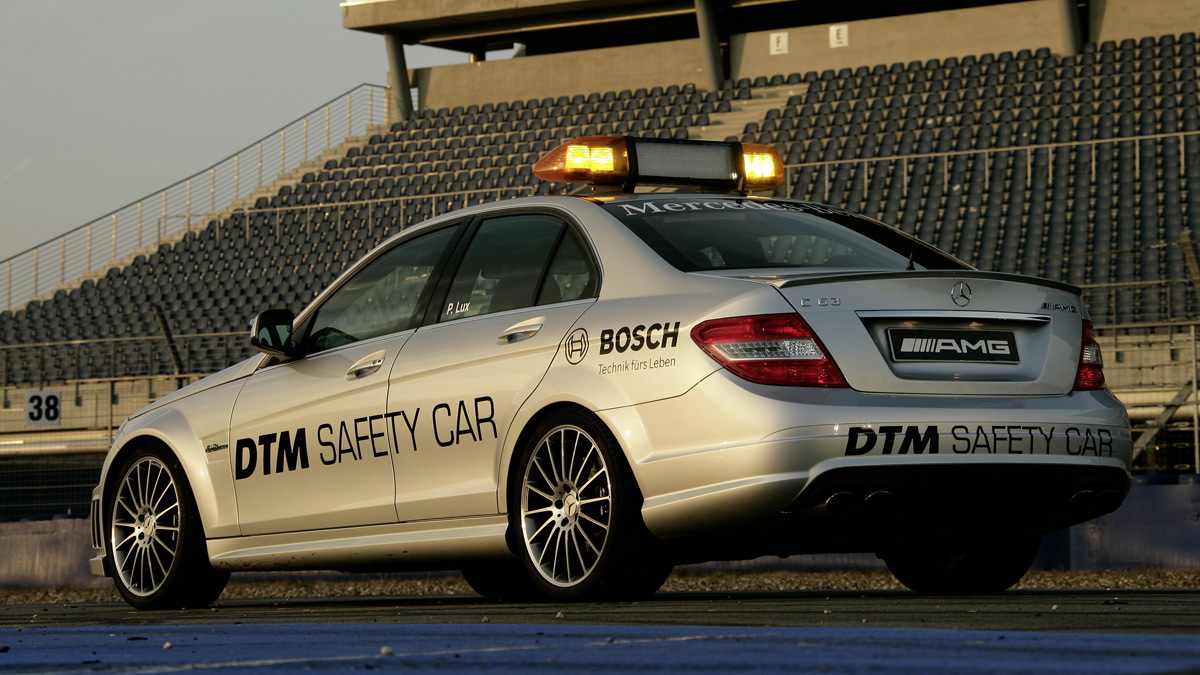 Although based on the regular C63 sedan the new safety car gets a series of modifications to the brakes, suspension, cooling and exhaust system to keep it running thought out the race season. Specific changes include a high-performance radiator, two engine oil coolers located on either side of the front apron and an additional, larger transmission oil cooler. The rear axle differential features cooling fins and a separate oil cooler. The 457hp (336kW) 6.2L V8 engine remains unchanged.

Like the road-going version, the new safety car will travel from 0 to 100km/h in just 4.5 seconds although its top-speed is no longer electronically limited to 250km/h.

The task of the safety car is to ensure safety both on and adjacent to the track in the event of an accident occurring. On the instructions of race organizers, driver Peter Lux must place his car at the head of the DTM field and safely lead the cars until called off.