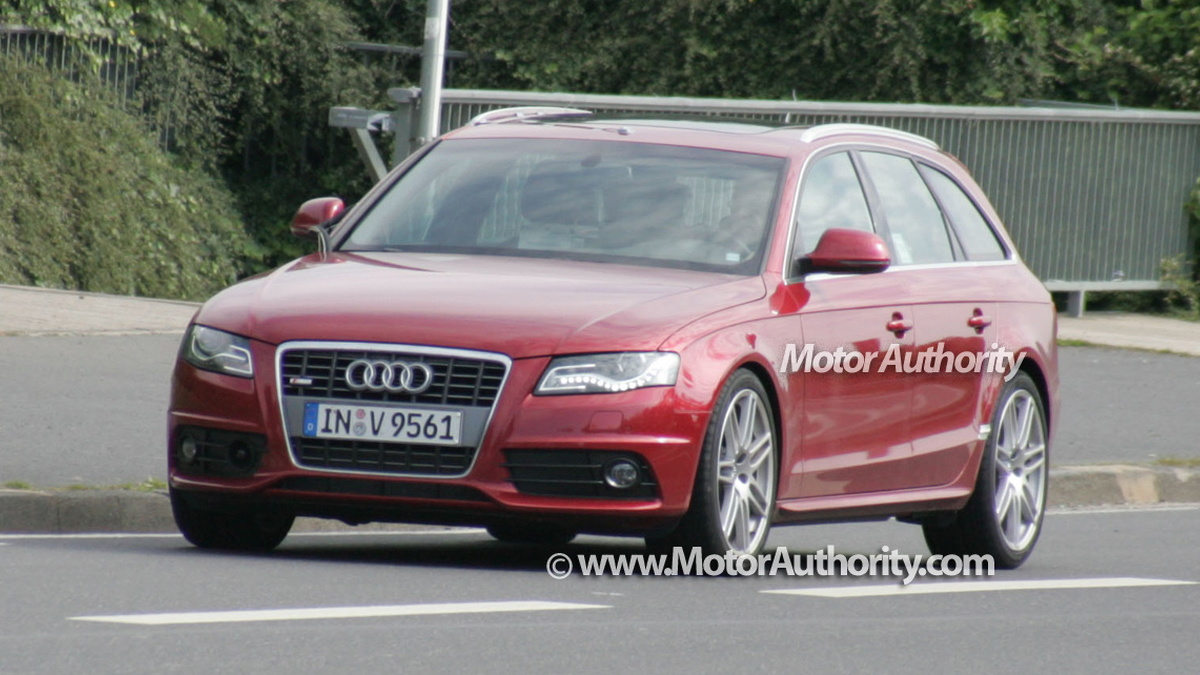 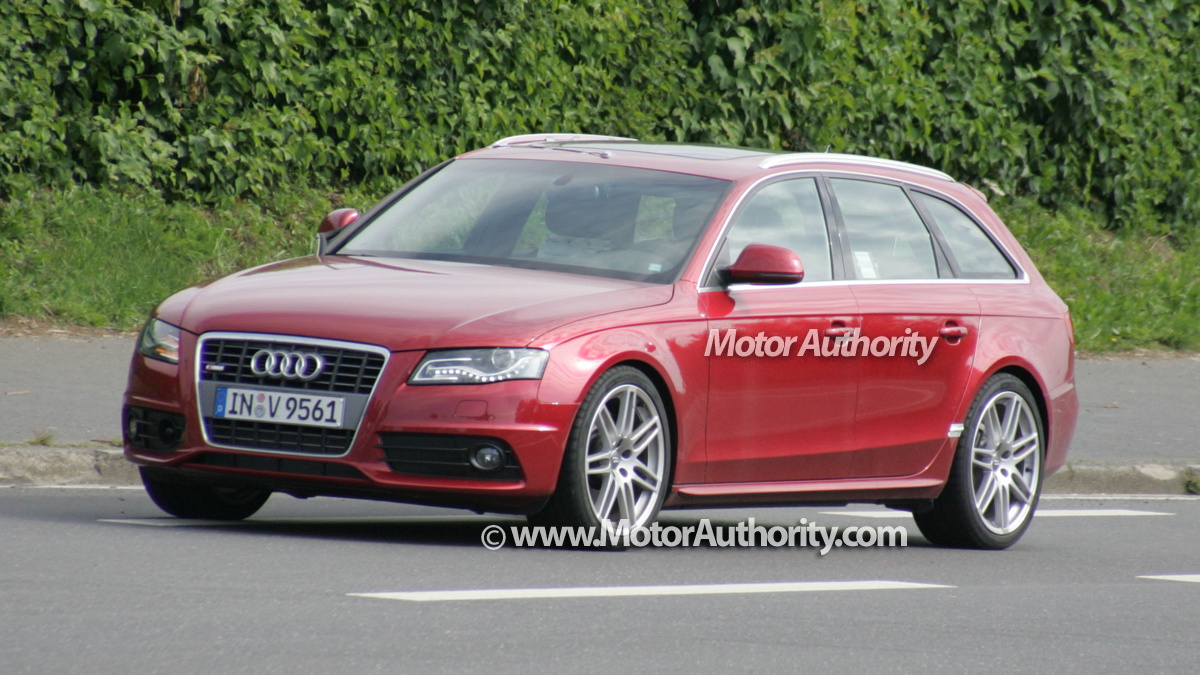 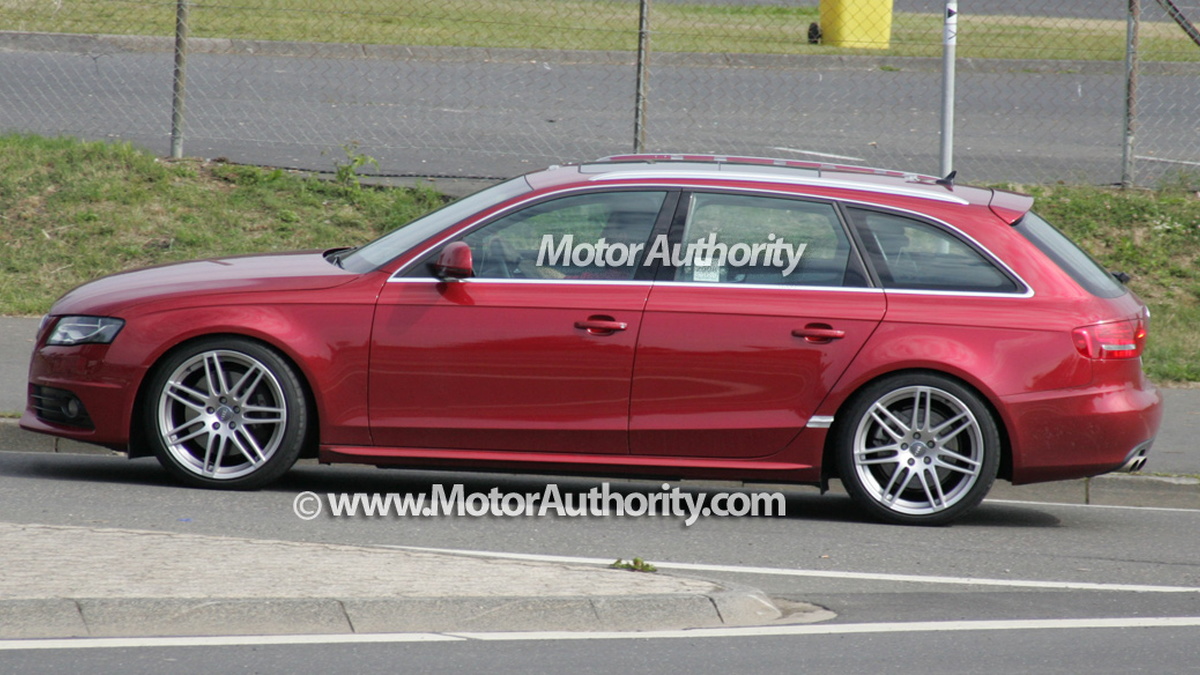 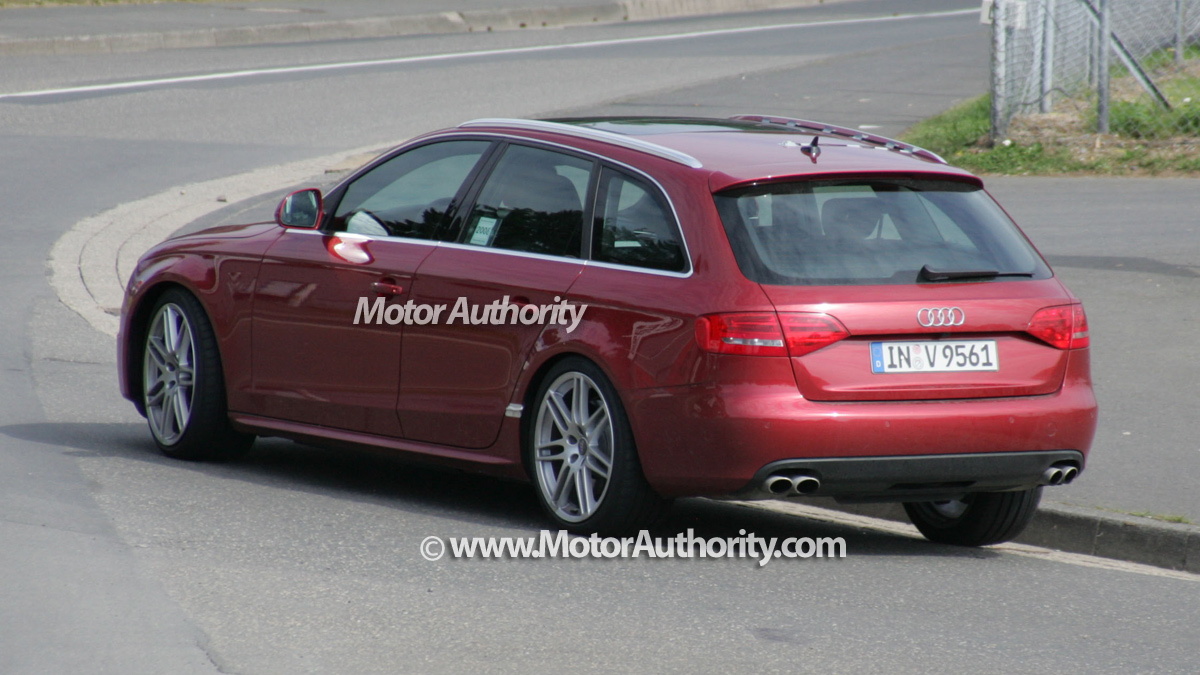 13
photos
Updated: Audi’s new supercharged S4 range is set to be revealed at November’s Paris Motor Show but a number of barely disguised prototypes, both the sedan and now the Avant wagon, have been spotted testing on public roads in Germany. The new S4 is also confirmed to receive a 350hp (261kW) supercharged V6 in place of the former’s V8 engine as well as a seven-speed dual-clutch S tronic gearbox.

At 142kg, the new dual-clutch transmission is 40kg heavier than the previous manual. Straight-line performance may actually improve, however, since the unit manages shifts much quicker than any human. The extra weight could hurt transitional performance, but it’s located low and at the center of the car's mass, so it will have as little effect as physically possible. The weight gain should be offset by savings in other areas, including the lighter engine anyway, so the result should be a net benefit to performance compared to the old model.

Performance for the new S4 is fitting for a car with the S badges: 155mph top speed and 0-60mph in less than six seconds. As the spy shots below show the car's exterior design is already essentially finalized, and now the powertrain is coming together.

Original: Vienna's International Motor Symposium has been a showcase for the latest in powertrain development for nearly 30 years and with the close of this year’s event last week has come some interesting information about the next-generation Audi S4 sedan. The new car is expected to sport a supercharged V6 in place of the current model's 340hp (250kW) V8.

Original reports of the V6 S4 were based on unconfirmed sources, but it turns out they were accurate. The company has yet to release official details and specifications for the new engine, but our German colleagues at Auto Motor und Sport report that the announcement was in fact made in Vienna and that the upcoming S4 would be powered by a 350hp (257kW) 3.0L supercharged V6.

Advantages of the new package include lighter weight, greater fuel economy and equal or greater power - all of which should translate into better performance. The new V6-powered S4 isn't due until the 2010 model year.

Also in the Vienna announcement was news that Audi's A6 would receive a somewhat detuned version of the force-fed V6, generating 290hp (215kW) and 420Nm of torque.