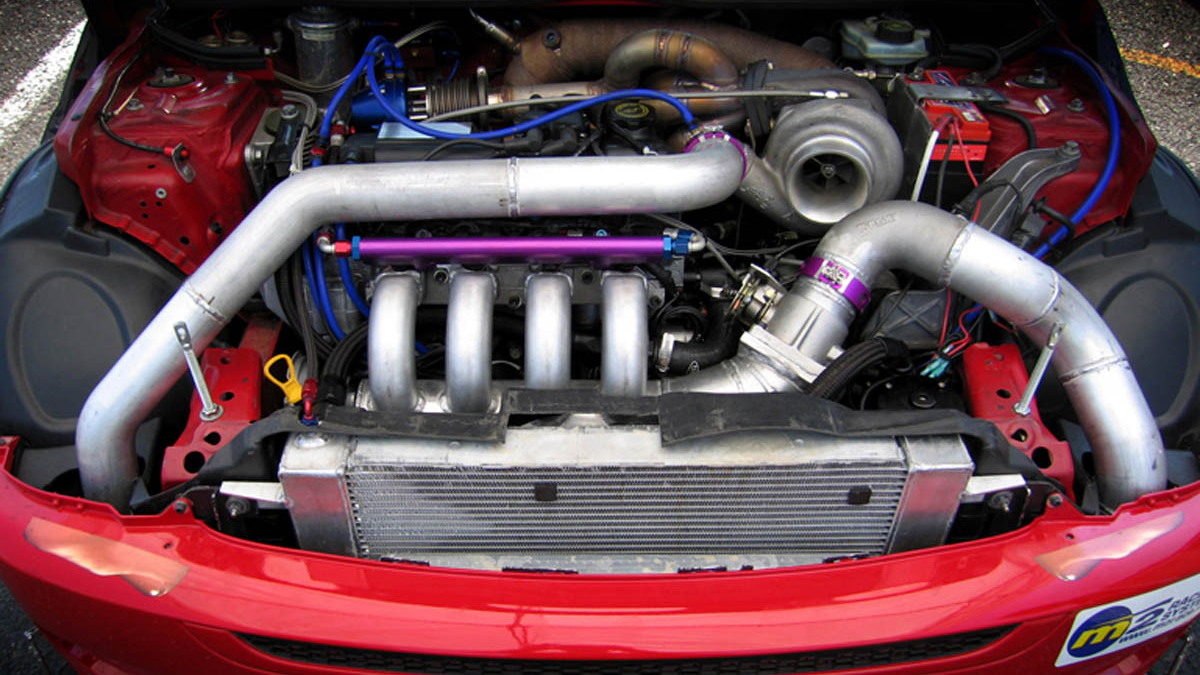 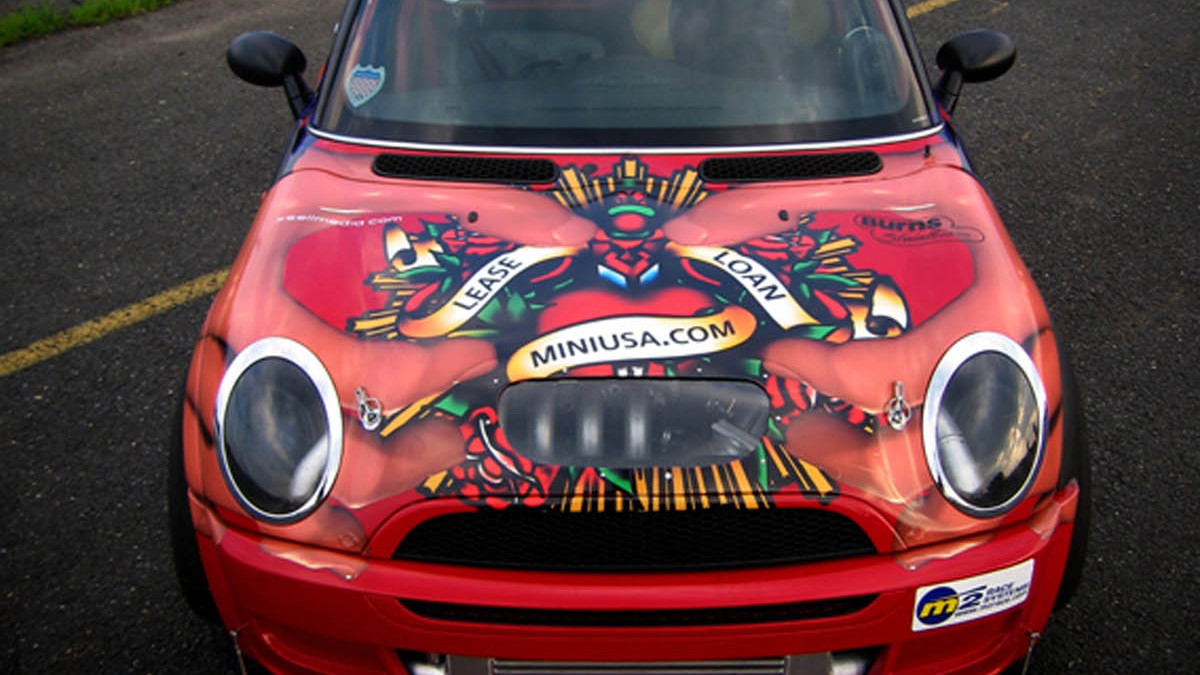 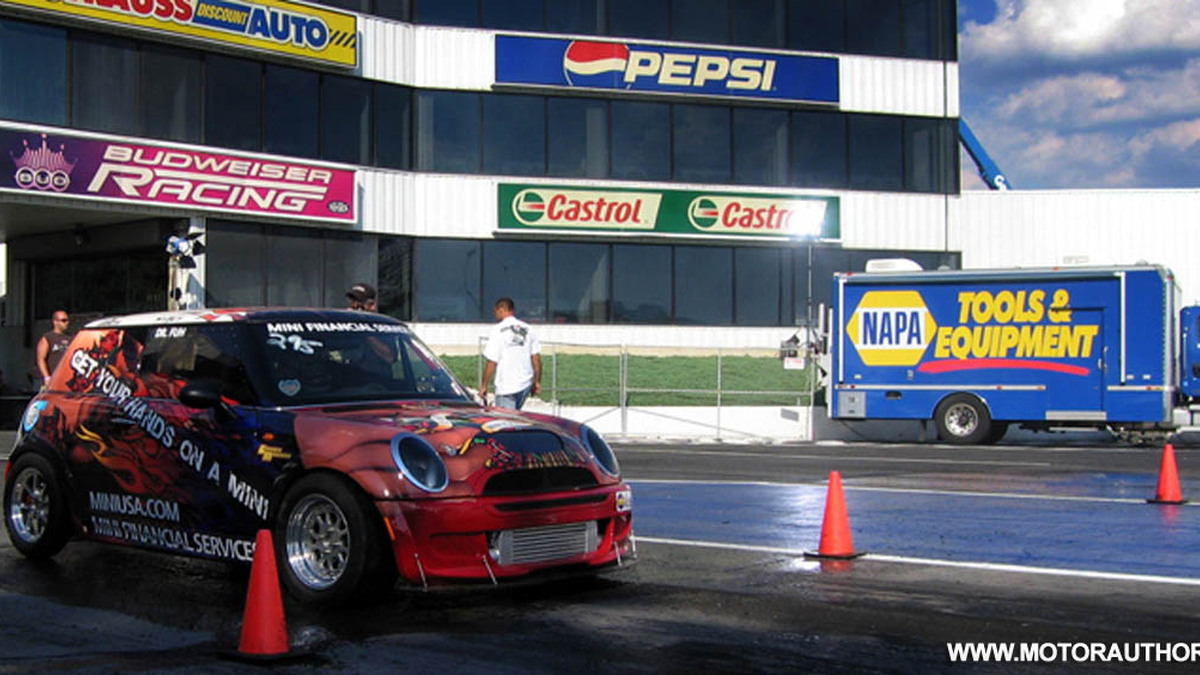 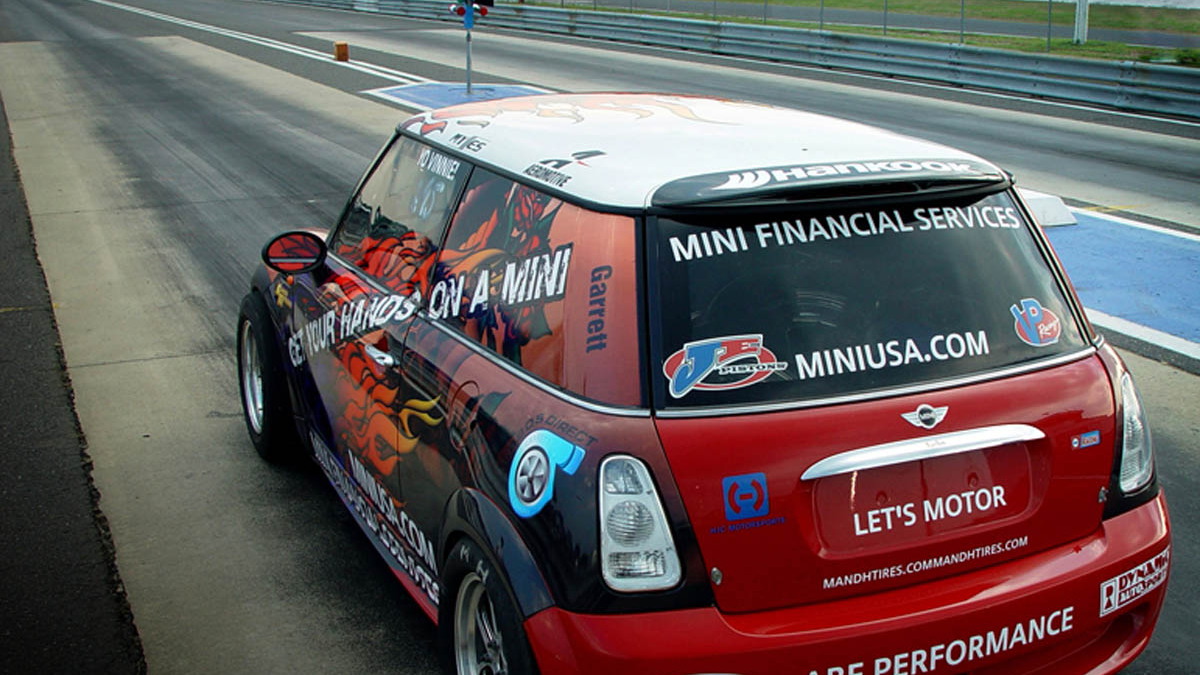 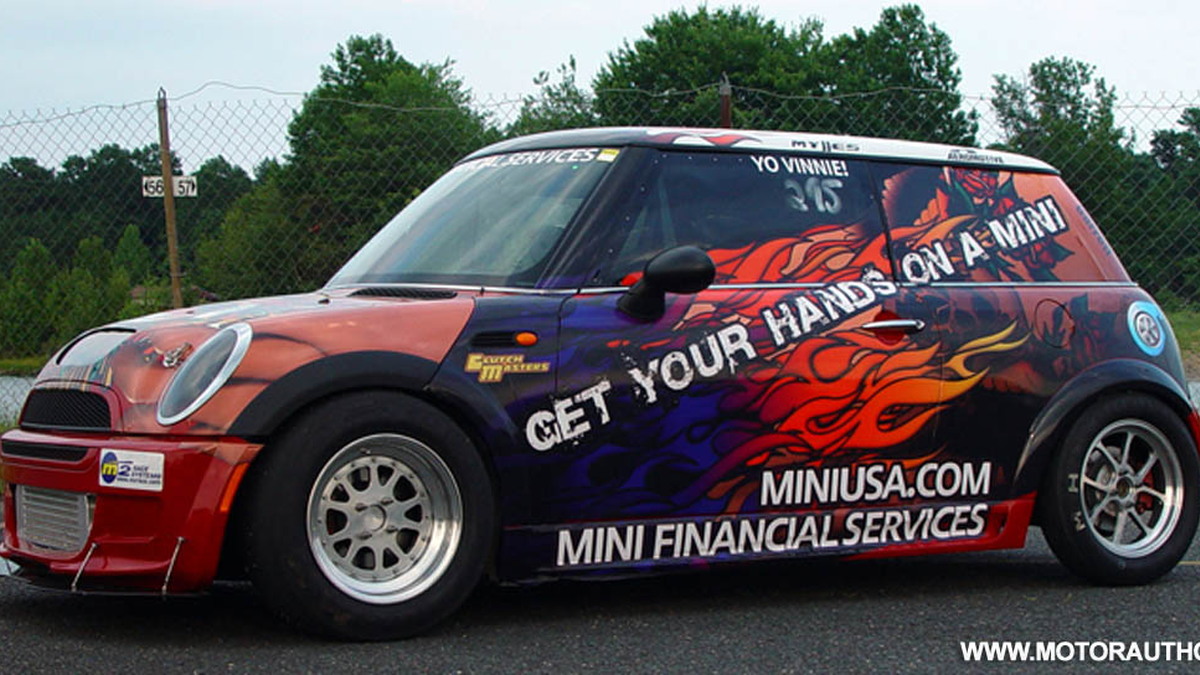 7
photos
When it comes to drag racers, most enthusiasts don't think front-wheel drive, and even if they do, they certainly don't think Mini Cooper S. But the tuners at ABF Performance didn't let that stop them from taking the car to some truly extreme performance levels. With a 10.48 second quarter-mile time, the ABF Mini Cooper S is officially the fastest Mini in the world.

It does it with little more than an extreme diet, slick tires and a massive turbocharger and intercooler kit. Rated at 650hp (486kW) and running trap speeds of 135.16mph (216km/h) in the quarter-mile with its 10.48 ET, the car weighs in at just 1,750lb (795kg) and puts on a killer show, as the video below demonstrates.

Peek under the hood and prepare to be disturbed by the incongruity of a monstrous turbocharger and intercooler in such a tiny engine bay. Fitting the equipment into the space available is almost as impressive as the power output, which nearly quadruples the car's base 172hp (128kW).

Speaking with MotorAuthority, Broadus Anderson of ABF Performance also revealed that more will be in the works from the company, including road race cars and some goodies for the SEMA show this November intended for streetable Minis. The road race cars will be available in turn-key format and for a Club Racing series throughout the U.S., so Mini performance fans, keep your eyes peeled for more from ABF.