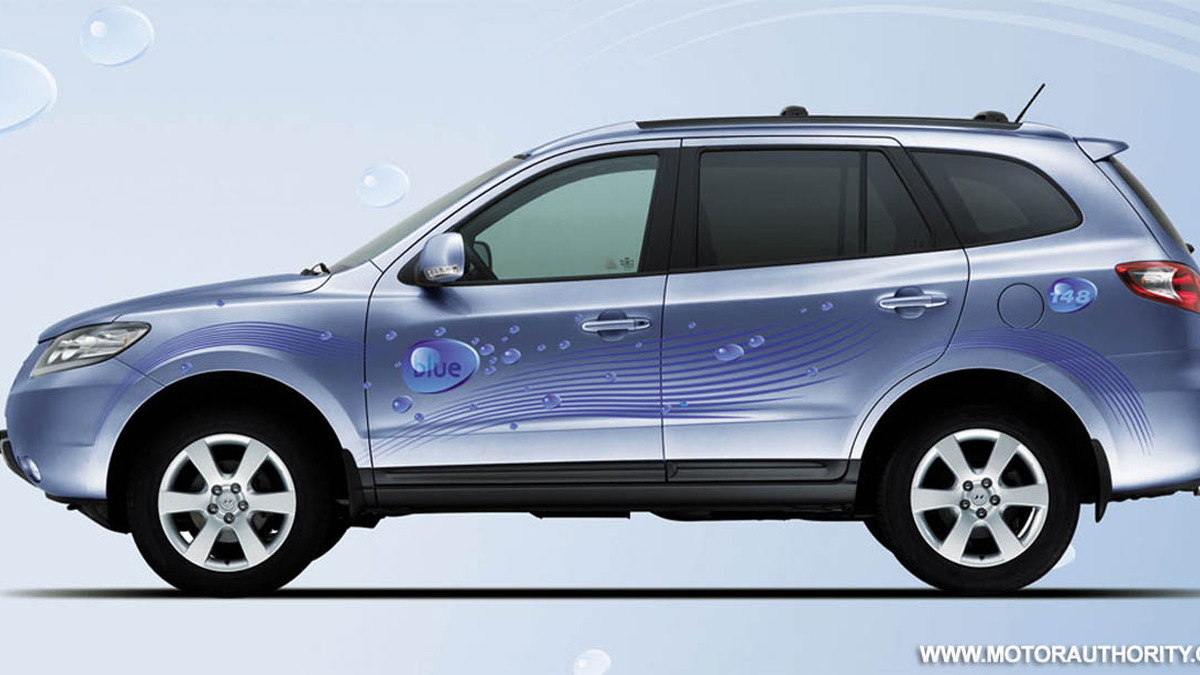 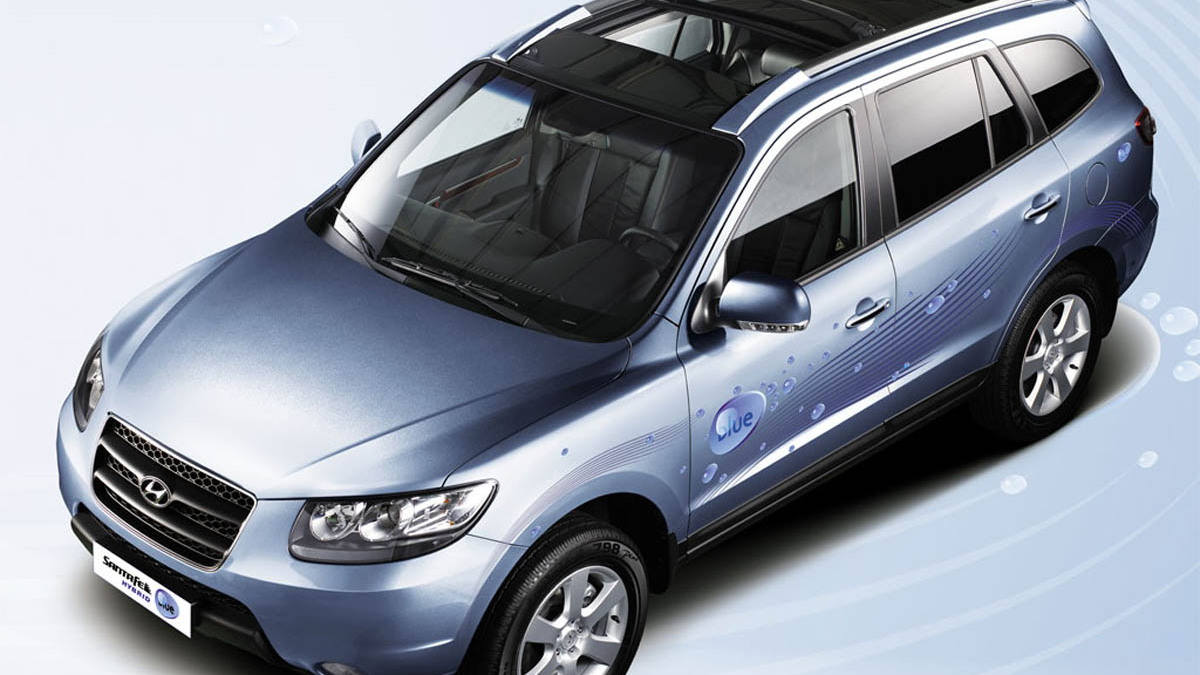 3
photos
Toyota, Honda and nearly every other major manufacturer has beaten Hyundai to market with a hybrid powertrain solution, but the South Korean company is making up for lost time as the Paris Motor Show draws near. The latest development is the Santa Fe petrol-electric hybrid SUV concept, which will be on show at next week’s Paris event.

The vehicle’s full name is the Santa Fe Blue Hybrid and it features Hyundai’s proprietary parallel hybrid drive system, which mates the 2.4L Theta four-cylinder engine to a six-speed automatic transmission and a 41hp (30kW) electric motor with 150lb-ft (205Nm) of instantaneous torque. Hyundai claims that this system will serve as the foundation for all its future hybrids.

Developed at the carmaker’s Namyang R&D center in South Korea, the hybrid system reduces CO2 emissions for the Santa Fe to just 148 g/km and delivers a fuel economy rating of 38mpg (6.2L/100km) on the combined cycle.

To maximize fuel economy, all of the Theta engine’s major driveline and cooling system components have been optimized to reduce friction, while the crankcase has been filled with low friction oil. The vehicle also features an engine stop-start system, electrically powered steering, and low resistance tires.

Electrical power is stored in a 270V lithium-polymer rechargeable battery, which has significant advantages over lithium-ion batteries, including higher energy density and lower manufacturing costs. The polymer battery is also more resistant to physical damage and can also take more charge-discharge cycles before storage capacity begins to degrade, according to Hyundai.

Hyundai already has an LPG-hybrid version of its Elantra (known as the Avante in Korea) in the works, due to go on sale in its home market in July next year with a global roll-out to follow shortly after. That car will set several firsts, as it is expected to be first to market with lithium-polymer batteries and LPG-hybrid technology in a series-production car.