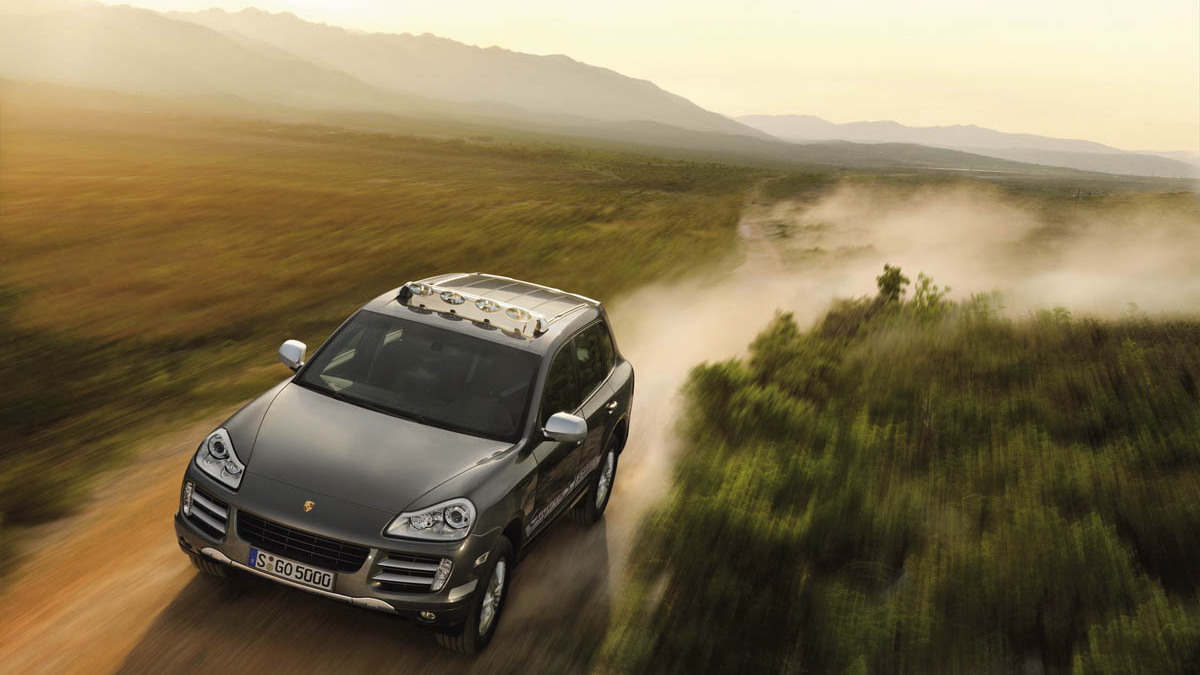 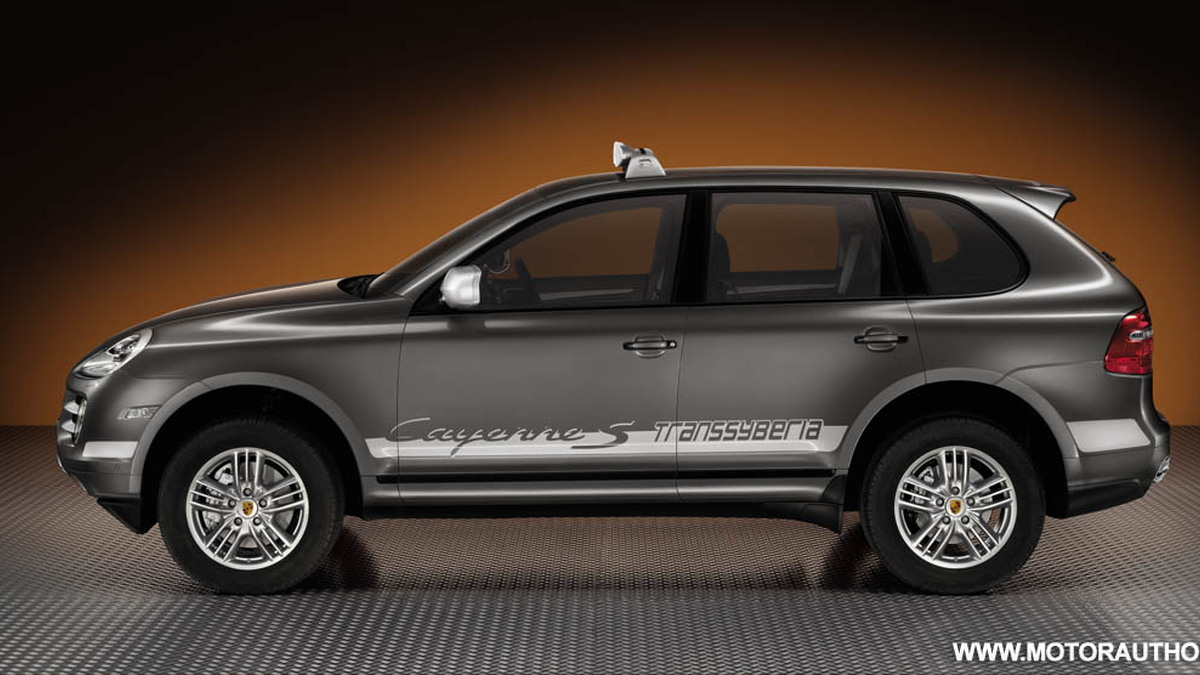 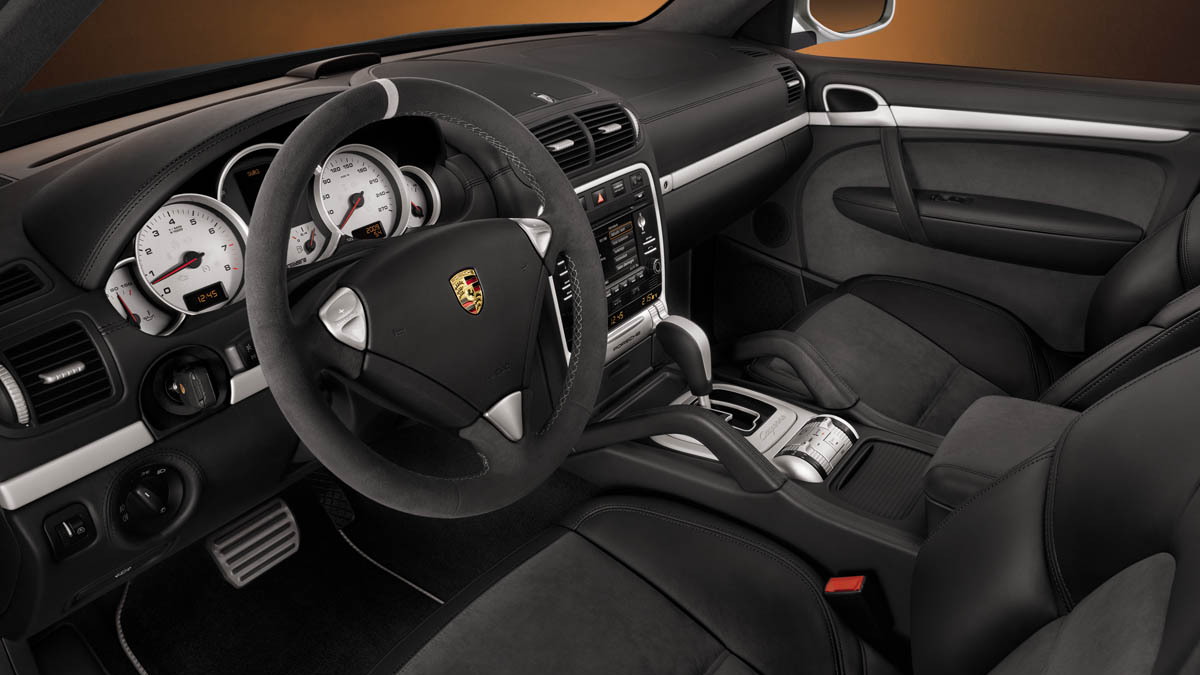 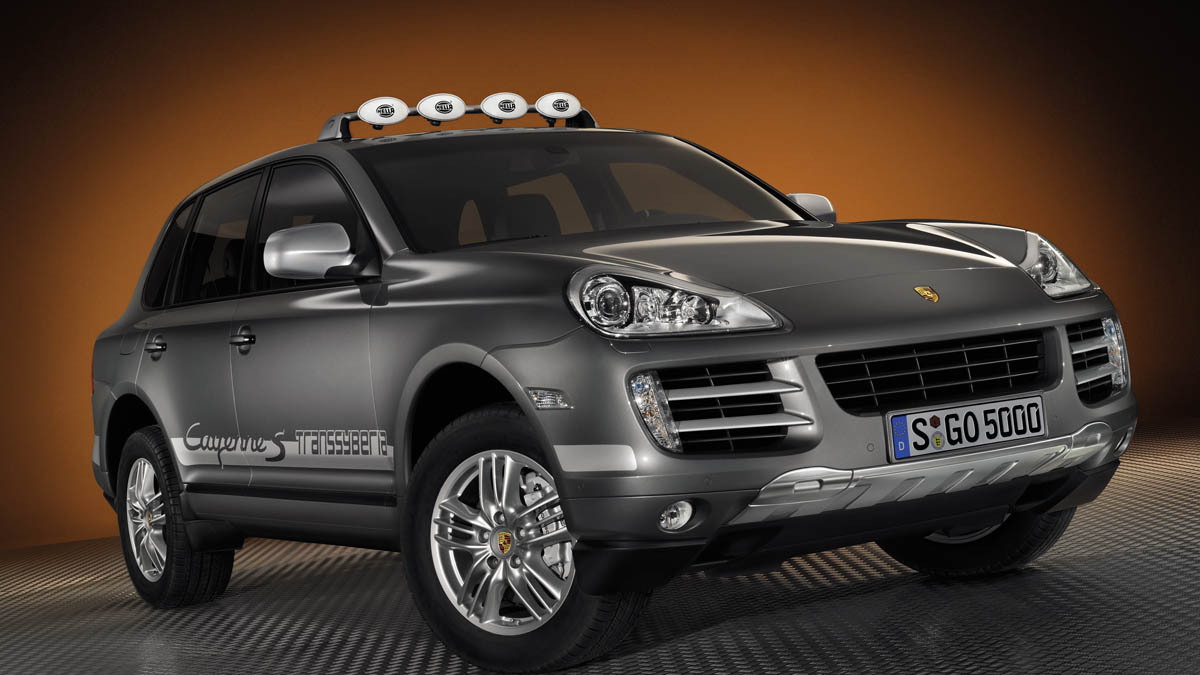 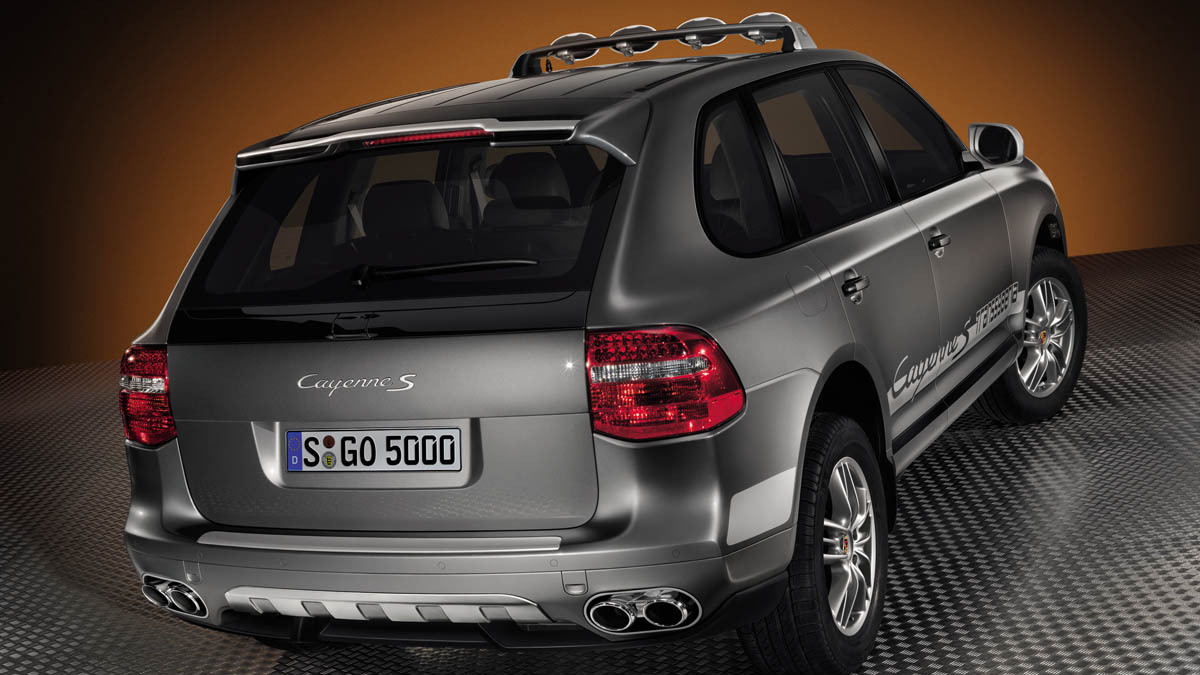 8
photos
The Transsyberia rally is a grueling cross-country race that sees challengers travel more than 4,000 miles through Russia and Mongolia, crossing numerous public roads, gravel tracks, icy rivers and the Gobi desert. Porsche has been competing in the challenge for the past several years with slightly modified versions of its Cayenne SUV, and has won the last three events in a row.

Until now, Porsche has only built a handful of Transsyberia-spec Cayennes, and almost all of these were used exclusively for the rally. The company has now announced that it will launch a special edition 2010 Cayenne S Transsyberia in both North America and Europe, which will go on sale in the first half of next year.

The new model features the same 405hp (302kW) naturally-aspirated 4.8L V8 engine as the Cayenne GTS, but gets a Tiptronic S six-speed automatic transmission with a 4.11:1 final drive ratio as standard. All Cayenne S Transsyberias are also equipped with air suspension and Porsche Active Suspension Management (PASM). A permanent all-wheel drive system divides the torque between the front and rear, with a 62% rear-bias.

The SUVs will be available exclusively in four different color combinations: black, silver metallic, black with meteor grey accents, and meteor grey with silver accents. Other features include 18in alloys, ‘Cayenne S Transsyberia’ side strips and optional offroad roof lights.

An optional off-road package that features a variable and lockable rear differential, rock rails with integrated skid plates, a reinforced engine-bay guard, and enhanced protection for the fuel tank and rear axle will also be available. Prices will start at $70,800.