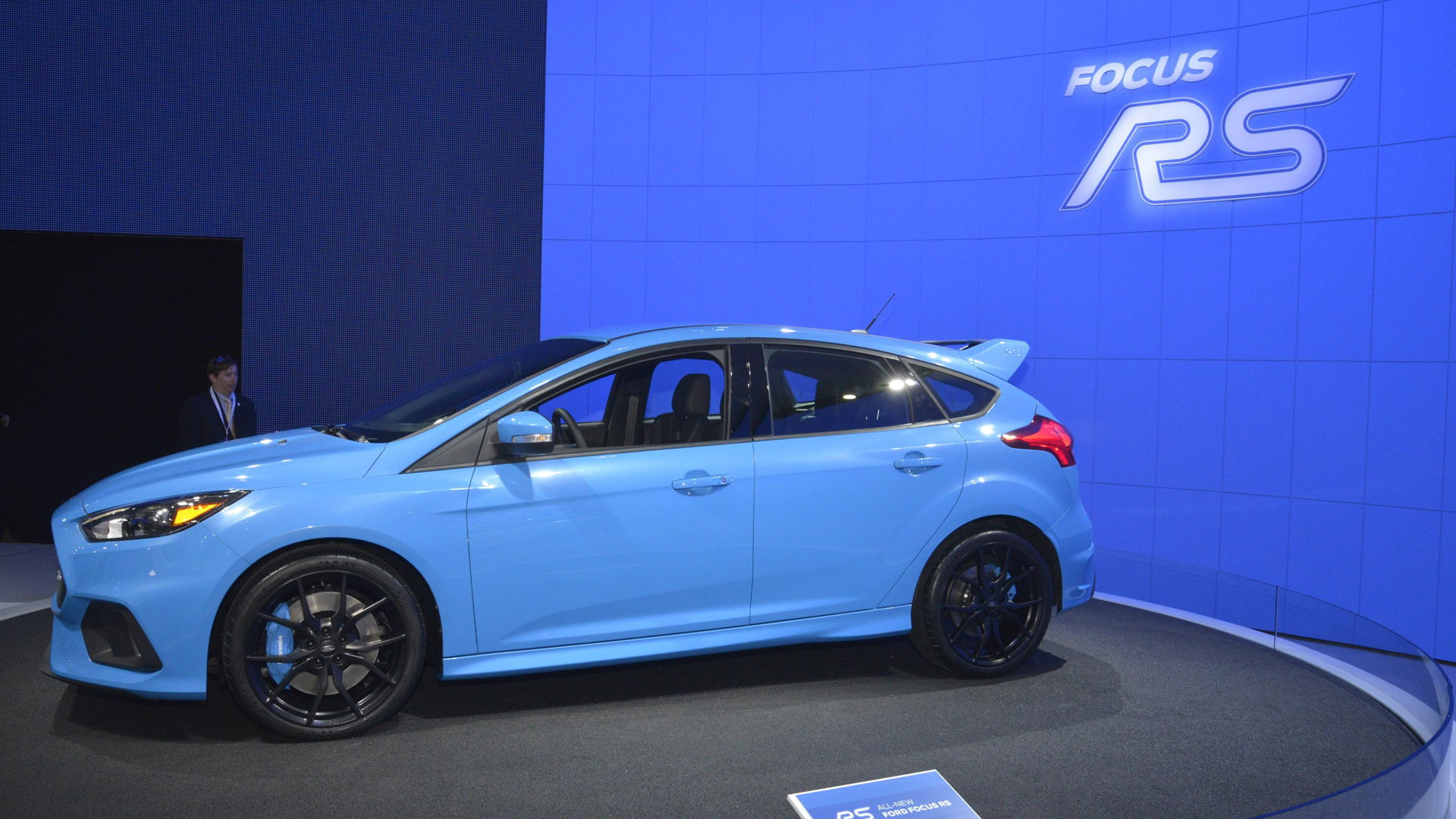 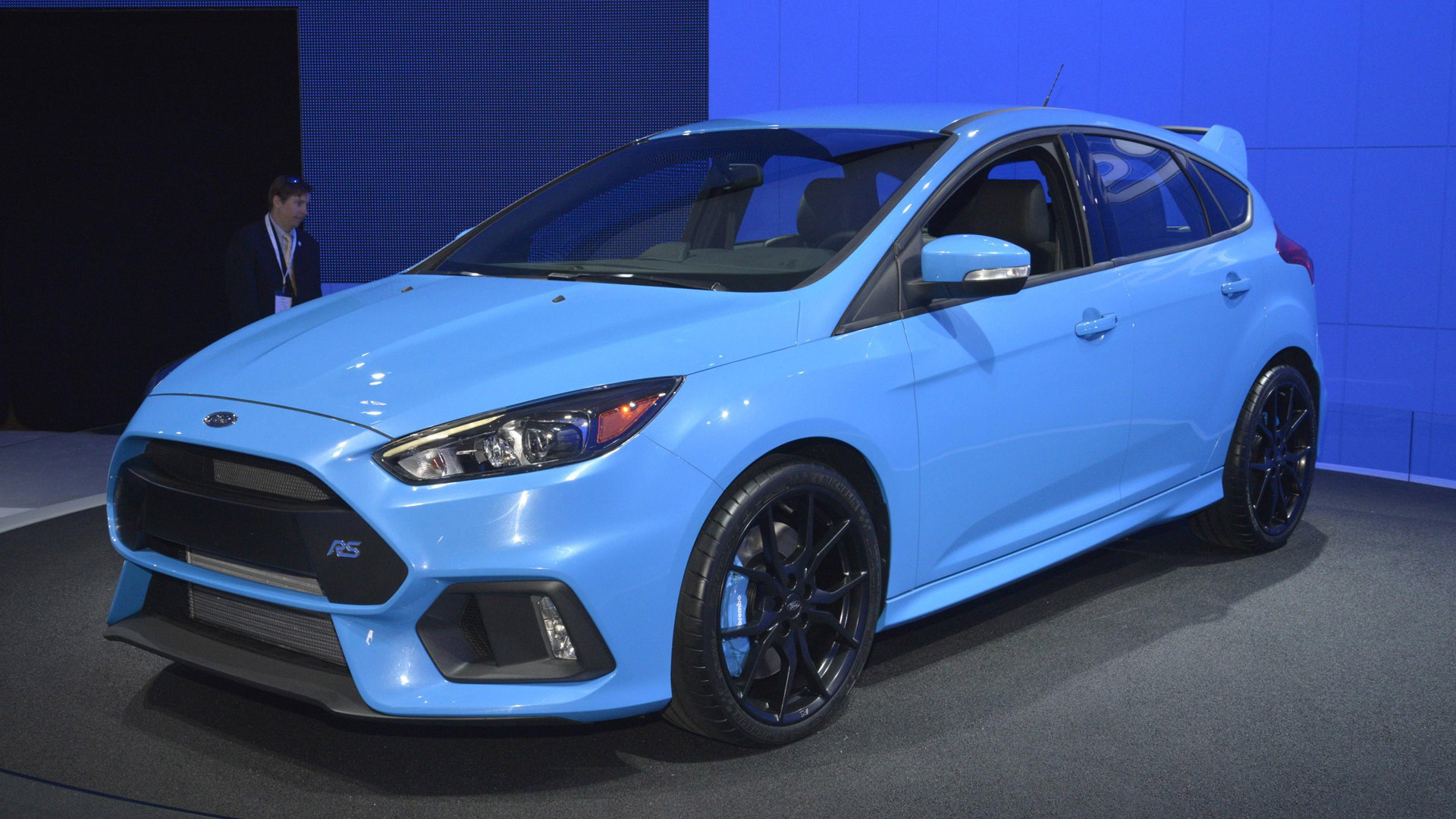 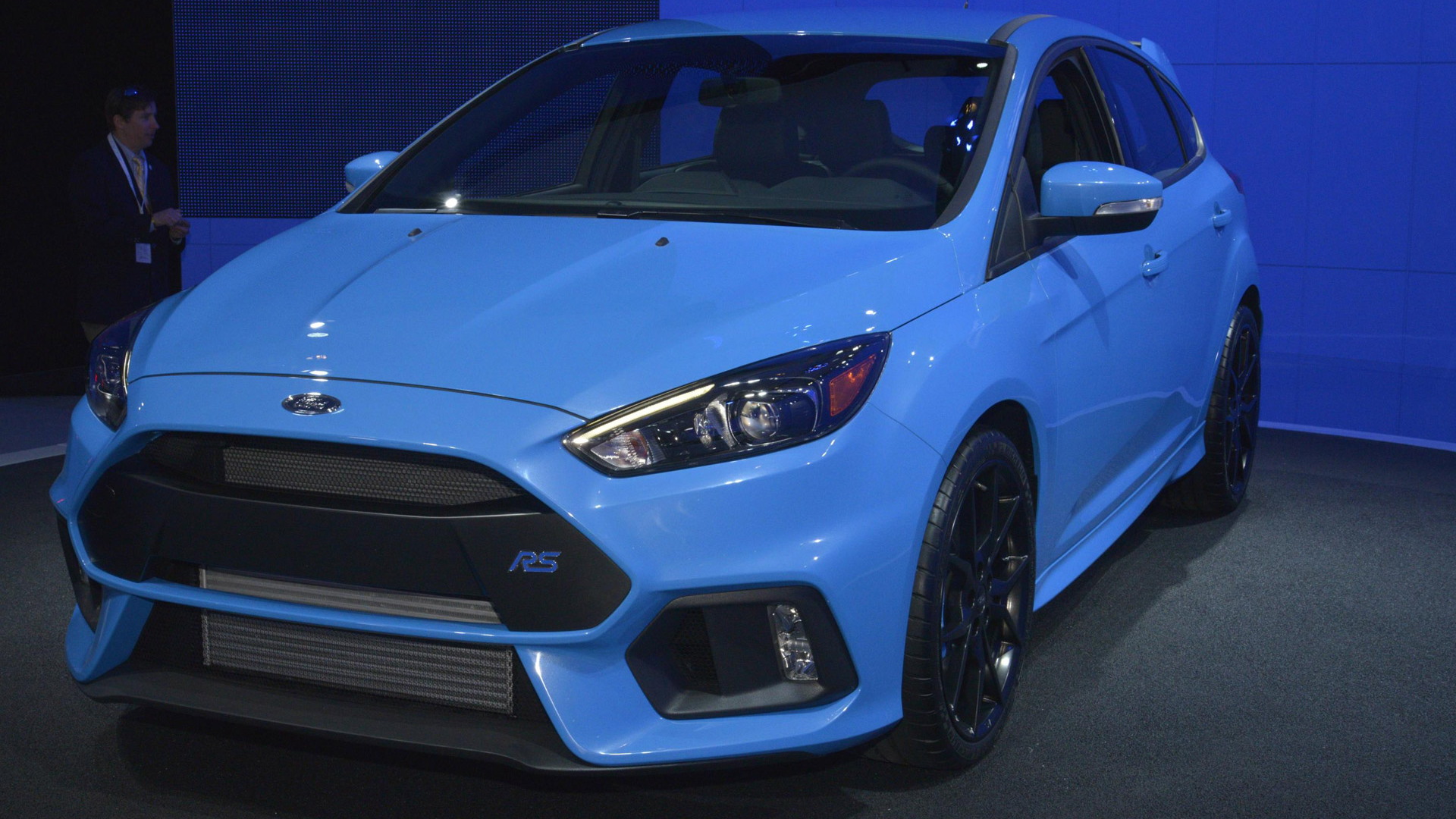 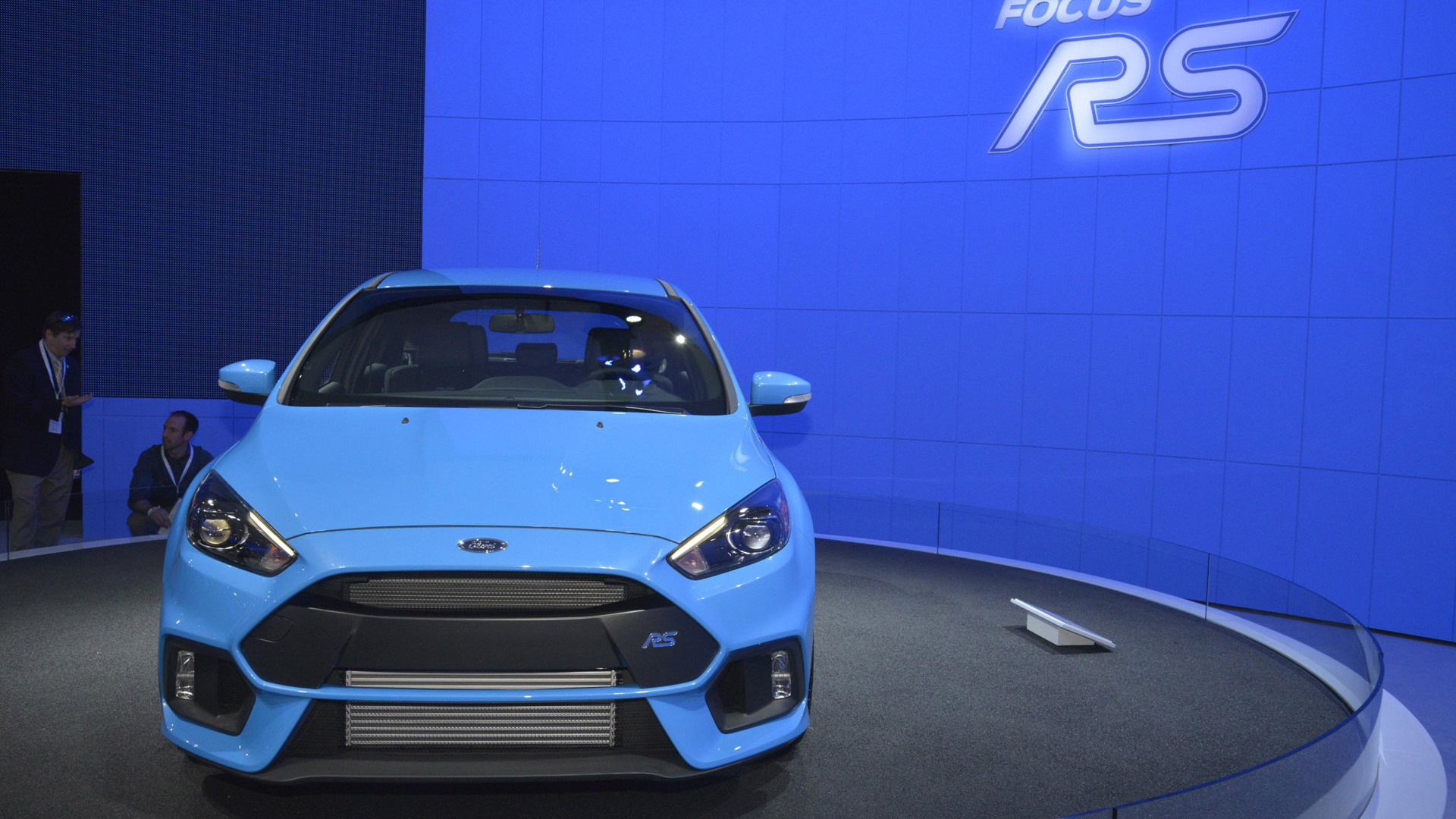 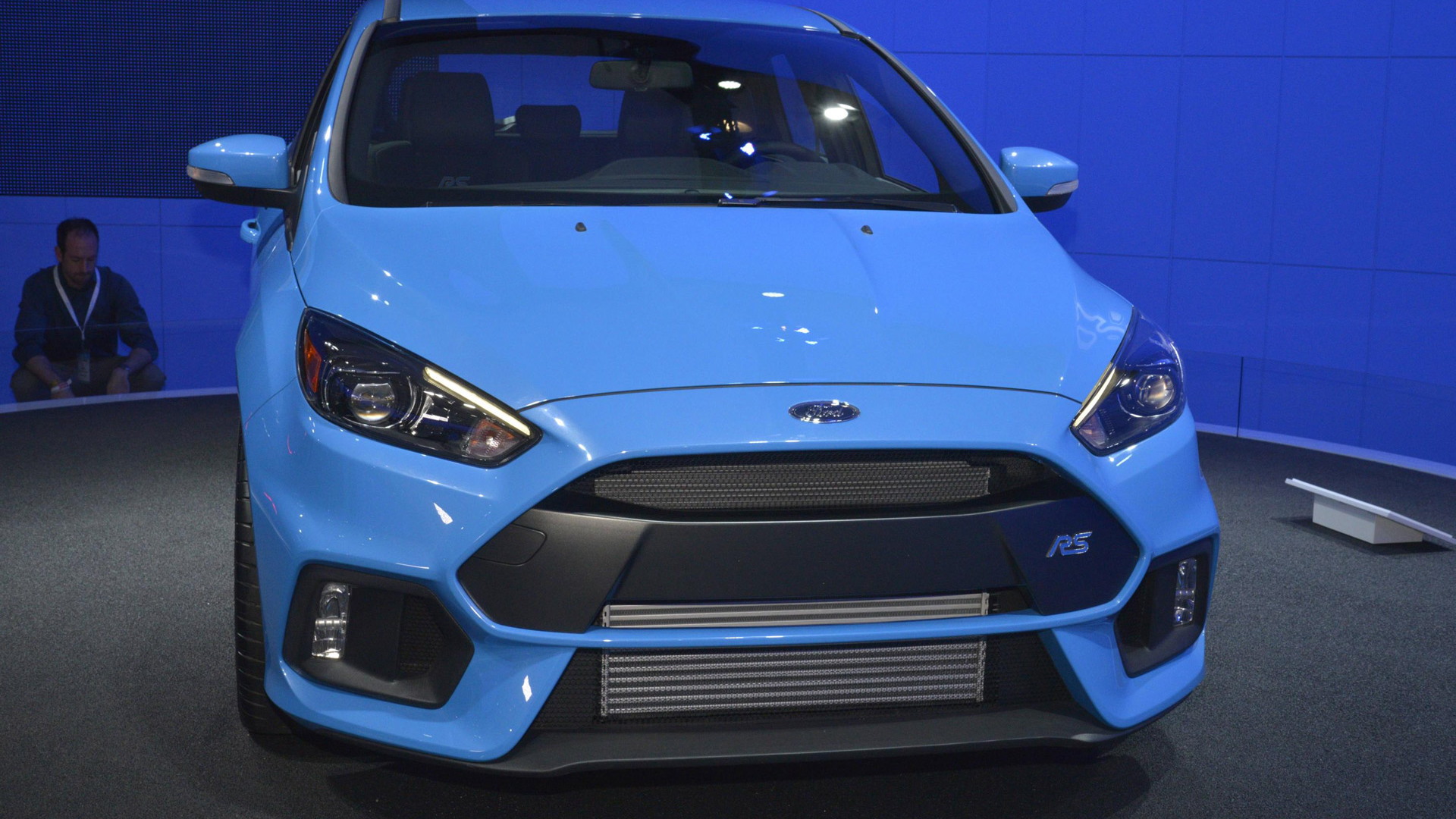 Come spring 2016, the Ford Motor Company’s [NYSE:F] new Focus RS will be sitting in dealerships all across the country. You don't have to wait until then to get a good, close-up look at the car, however, as Ford's presented the U.S.-spec version at this week’s 2015 New York Auto Show.

The new Focus RS is designed to go up against the Subaru WRX STI and the Volkswagen Golf R, and brings to the table a turbocharged 2.3-liter four-cylinder with more than 315 horsepower (the final figure will be announced closer to next year’s launch but 345 hp has been rumored), a sophisticated all-wheel-drive system with torque vectoring, adjustable suspension, and a number of driving modes including an industry-first drift mode.

This is actually Ford’s third Focus RS, but it’s the first to be offered in the U.S. market. While it may not look as extreme as its predecessors—even Ford concedes the car has ‘grown up’—the modifications are all functional, offering optimized aerodynamics and cooling, with 9 percent less drag over the previous Focus RS. The drag coefficient is 0.35.

Another departure from the ethos of the previous generations is the addition of all-wheel drive, in this case a new setup called “Ford Performance AWD”. Destined to be offered on other Ford products at some point, the all-wheel-drive system is based on twin electronically-controlled clutch packs on each side of the rear drive unit. These manage the car’s front/rear torque split, and also can control the side-to-side torque distribution on the rear axle—delivering torque vectoring capability. A maximum of 70 percent of the drive torque can be diverted to the rear axle, and up to 100 percent of this can be sent to each rear wheel.

During cornering, the rear drive unit pre-emptively diverts torque to the outer rear wheel immediately based on inputs such as steering wheel angle, lateral acceleration, yaw and speed. This torque transfer has the effect of ‘driving’ the car into the bend, achieving improved turn-in and stability, and virtually eliminating understeer. The system is tuned to deliver exceptional grip—with lateral acceleration exceeding 1 g—along with exciting cornering speed and acceleration out of a bend.

Other exclusive chassis features include a sport suspension with stiffer spring rates and more efficient bushes and antiroll bars than those found in Focus ST, and two-mode switchable dampers, which offer a firmer setting for track use. These work in combination with specially tuned electric power-assisted steering, as well as an optimized front suspension knuckle design with shorter link arms.

The wheels measure 19 inches across and are shod with 235/35 size tires from Michelin—a standard Pilot Super Sport for everyday use and an optional Pilot Sport Cup 2 for those headed to the track. Inside these sit chunky ventilated steel discs measuring up to 13.78 inches across in the front, and clamped with lightweight aluminum four-piston monobloc Brembo calipers painted RS blue.

As mentioned above, the new Focus RS comes with various driver modes that the driver can swap between depending on the situation: “Normal”, “Sport”, “Track” and a special “Drift” mode. These modes adjust settings for the all-wheel-drive system, damper control, electronic stability control, steering and engine response, as well as exhaust sound. The Drift mode should be the most fun. It works by modifying the torque distribution to help the driver achieve controlled oversteer drifts. No doubt one of the vehicle’s development drivers, drift king Ken Block, was influential in the calibration of this system.

Another highlight is a launch control feature, which configures the car’s chassis and powertrain systems to deliver the fastest possible acceleration. The driver selects launch control from the cluster menu, engages first gear using the standard six-speed manual transmission, applies full throttle and releases the clutch. Unfortunately, no performance figures have been released yet. A performance shift lift also ensures you change gears at the best time as you keep accelerating away.

Inside, you’ll find Recaro bucket seats up front, a flat-bottomed steering wheel with leather trim, alloy pedals and a standard 8.0-inch touchscreen with Ford’s SYNC 3 interface. There is also a host of “RS” logos and custom door scuff plates.