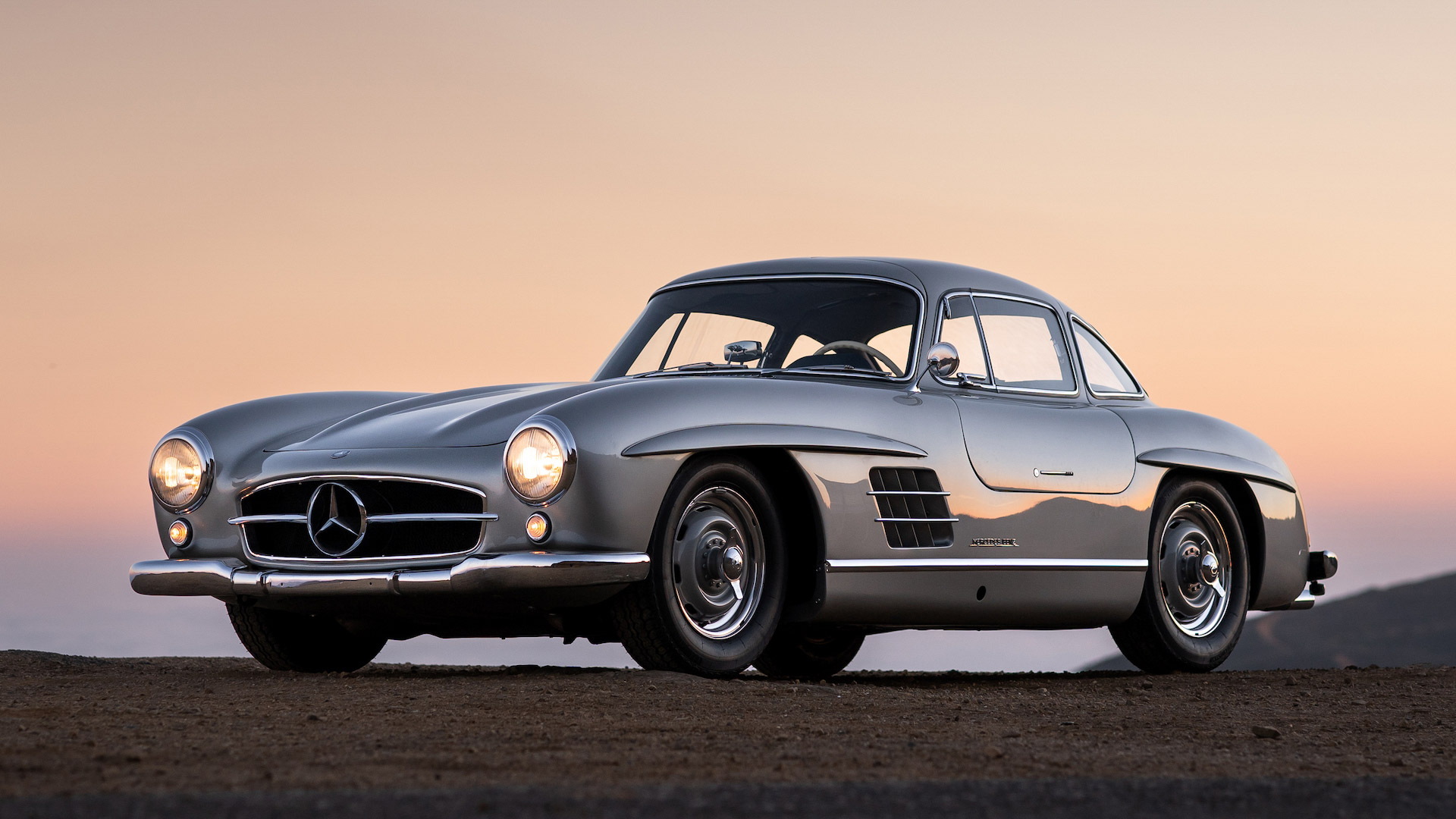 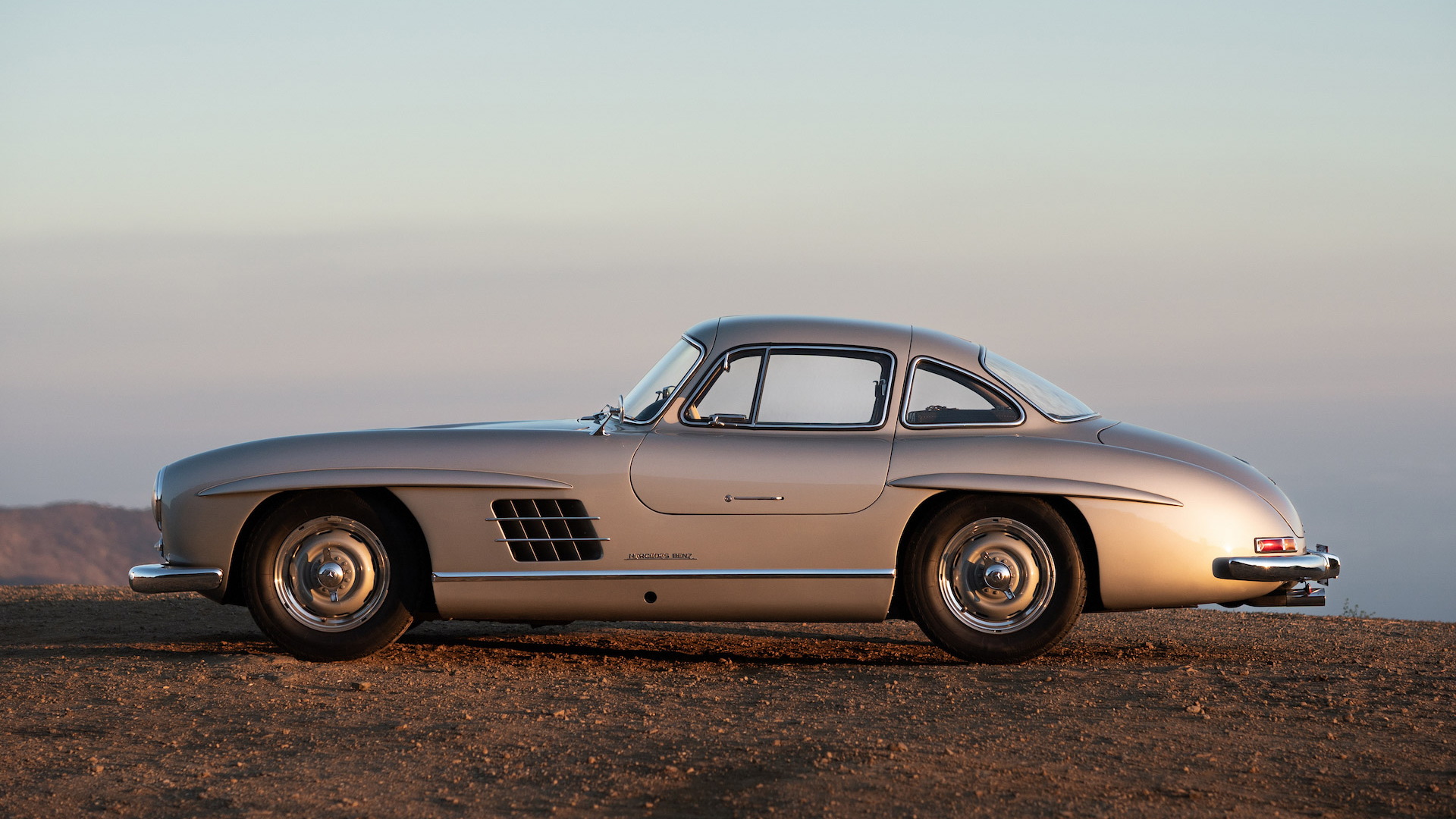 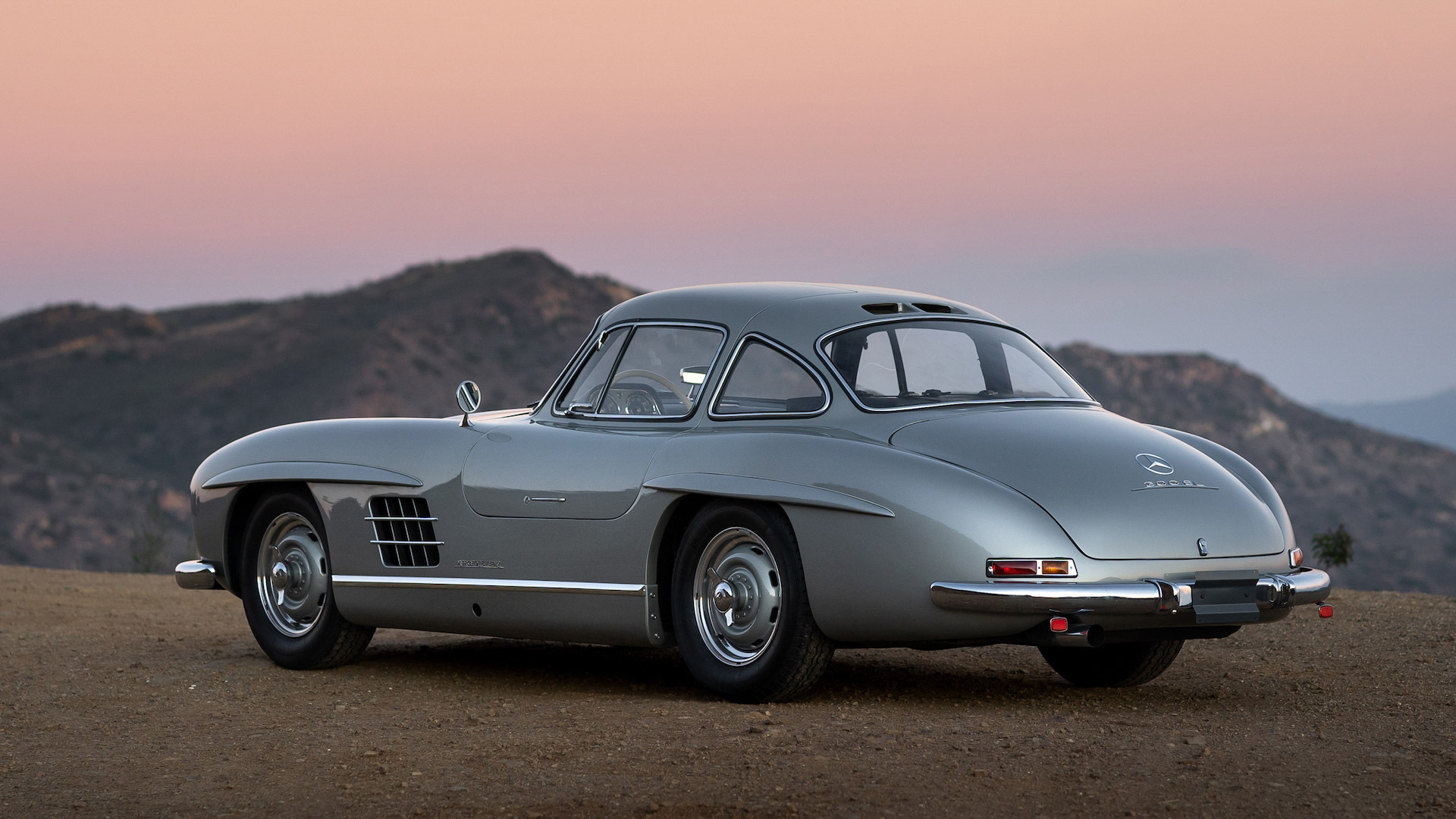 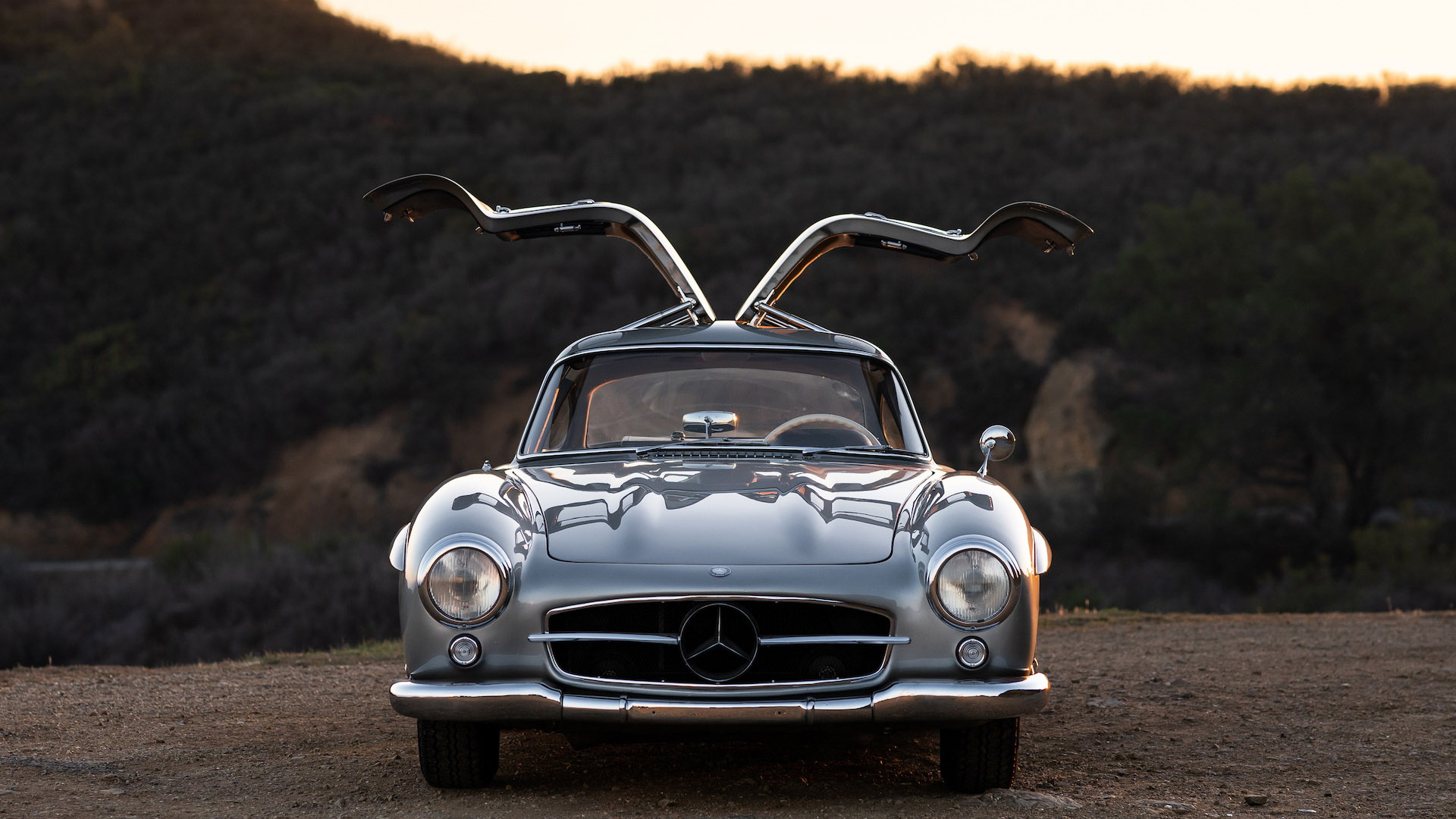 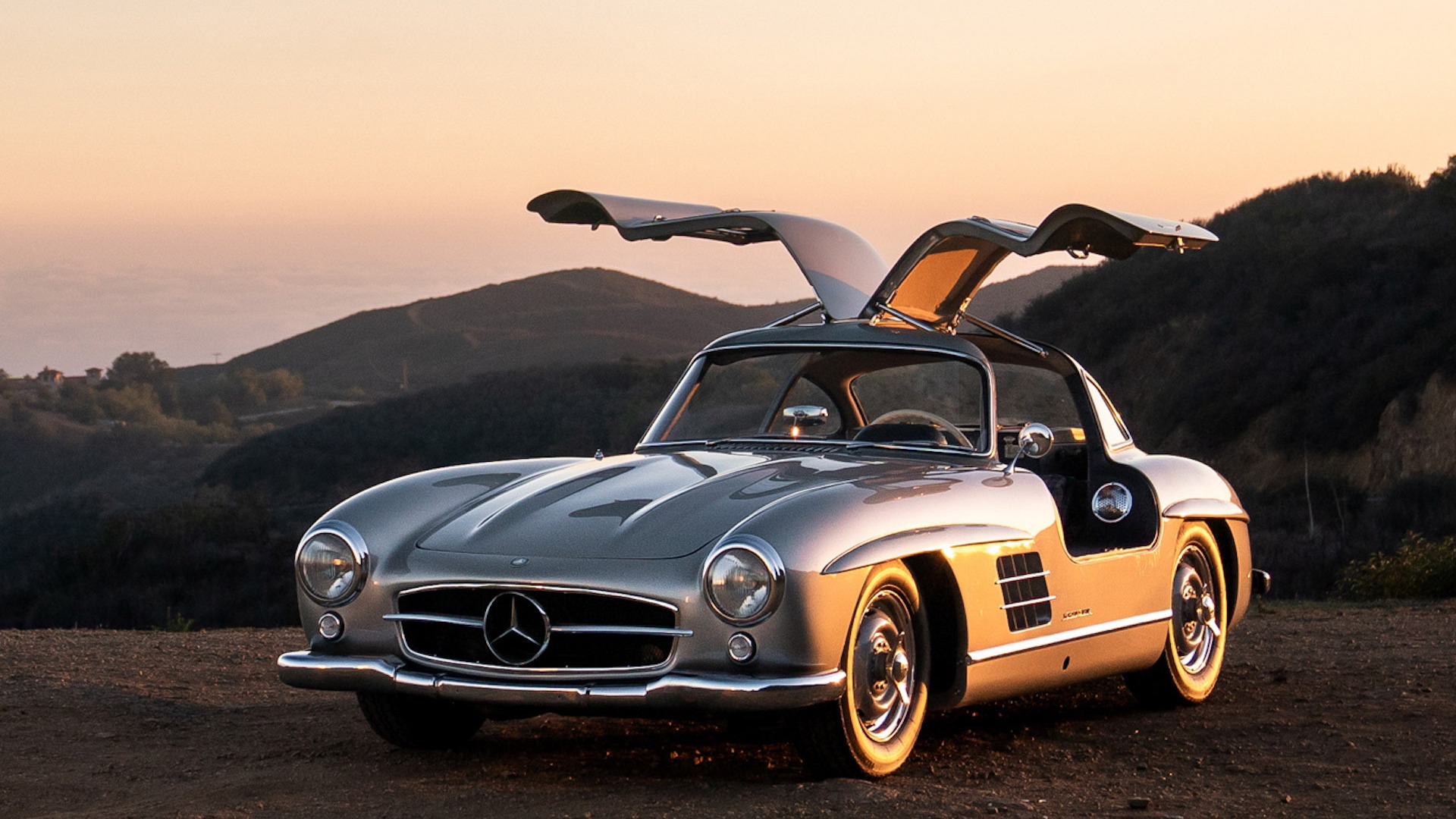 This 1955 Mercedes-Benz 300 SL gullwing coupe has something special hidden beneath its silver paint. It's one of just 29 "Alloy Gullwing" coupes built between 1955 and '56, and it was sold late last month at an RM Sotheby's auction in Phoenix, Arizona, for $6.825 million.

Formally known as the "Leichtmetallausführung" or "Light Metal Version," the Alloy Gullwing replaced the standard car's steel bodywork with aluminum. All glass except the windshield was also replaced with plexiglass, for a total weight savings of 209 pounds, though this particular example, bearing chassis number 5500332, had its windows replaced with regular glass at some point.

Mercedes built the Alloy Gullwing with privateer racers in mind, but a high premium over a standard 300 SL meant there were few takers. Just 24 cars were built in 1955, with an additional five cars in 1956.

The car going up for auction is the 13th of the 24 cars built in 1955. It was ordered by Joseph F. Weckerlé, the official Mercedes agent in Casablanca, Morocco. Weckerlé specified a few options, including a 3.42 rear axle ratio, 270-kph (167-mph) speedometer, and Becker radio.

In 1982, this car was acquired by Hyatt Cheek, then-president of the Gullwing Group owner club and a director-at-large on the Mercedes-Benz Club of America's National Board. Despite its rarity, Cheek regularly drove the Gullwing, taking it on many long-distance tours, according to the auction listing.

Incredibly, the car still retains most of its original parts, with the chassis, body, engine, rear axle, and front spindles all numbers-matching units. The only major change was a replacement for the transmission, in this case with a unit from a 1957 model.

The 300 SL has been climbing steeply in value in recent years, and we may not be at the ceiling yet. RM Sotheby's currently has a 300 SL Roadster up for private sale, and this example's previous owner was none other than racing legend Juan Manuel Fangio.