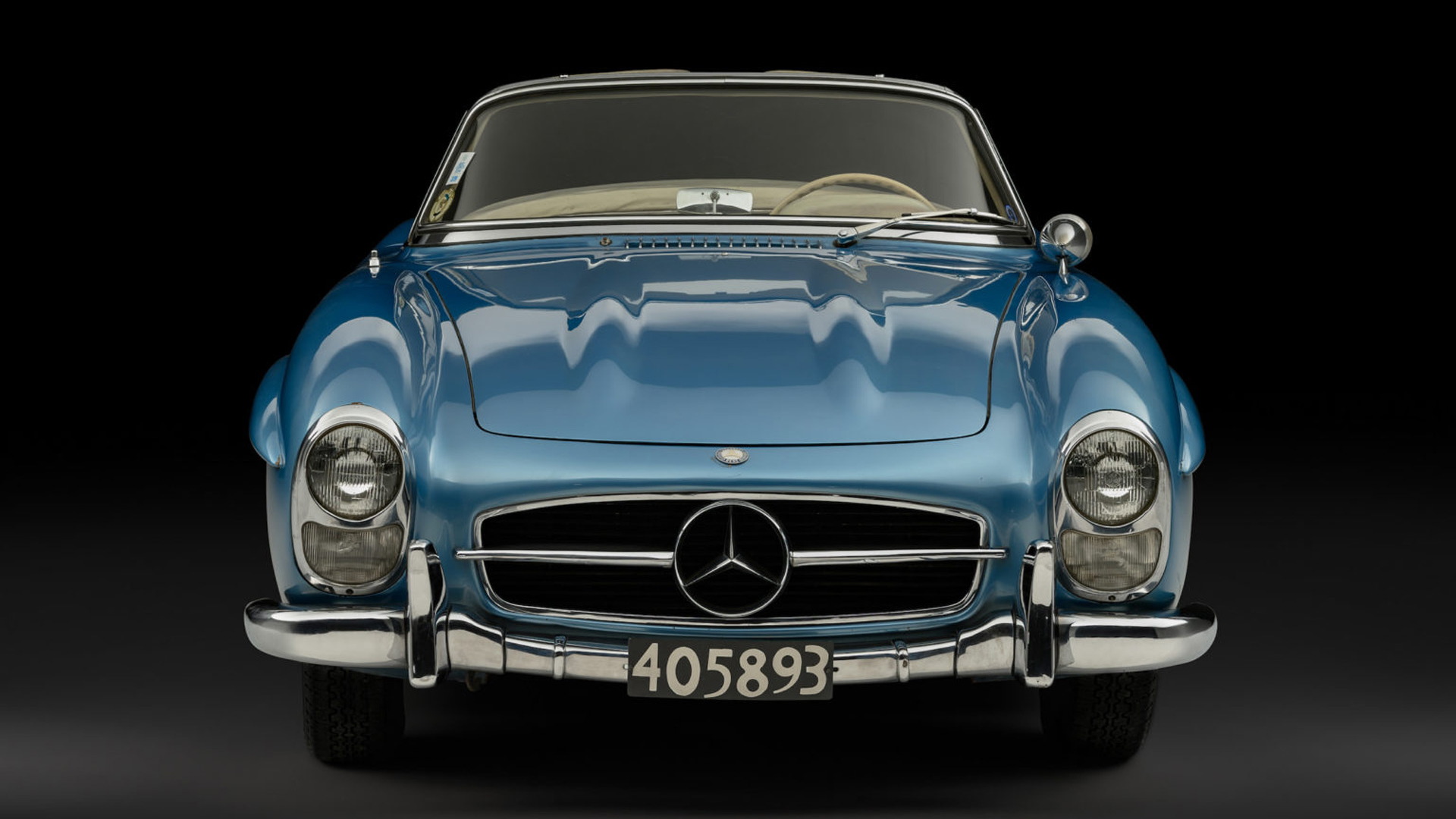 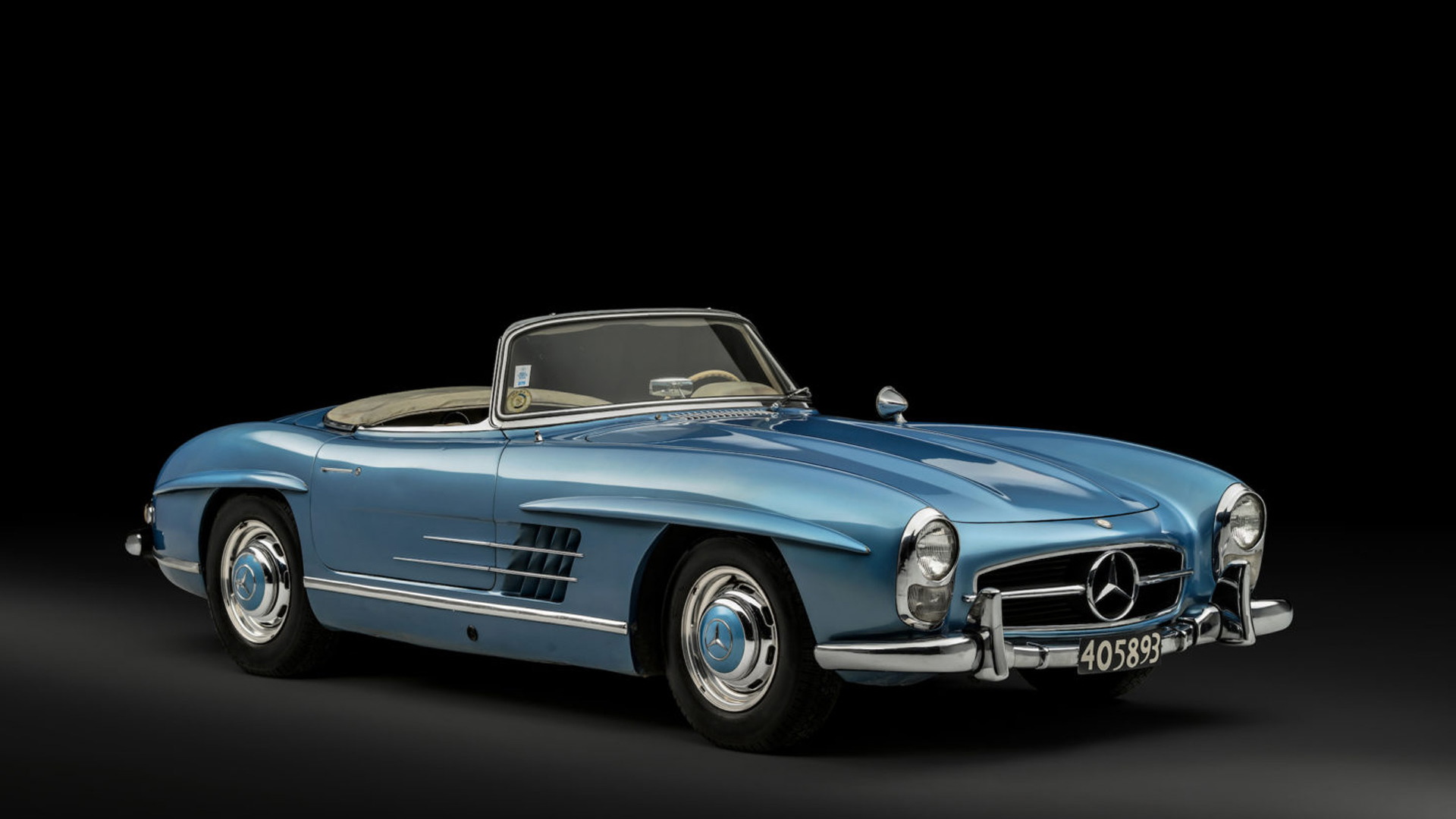 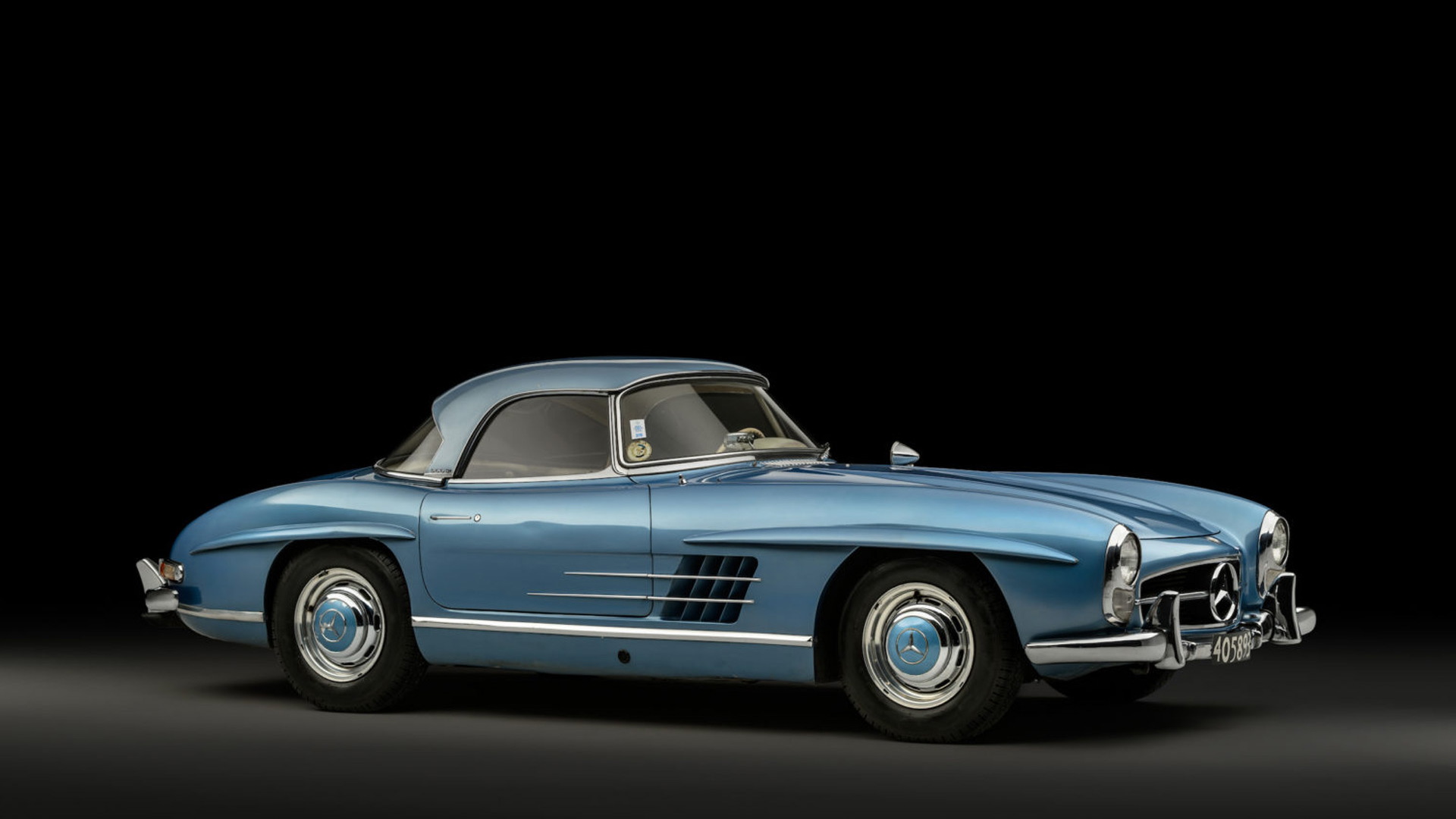 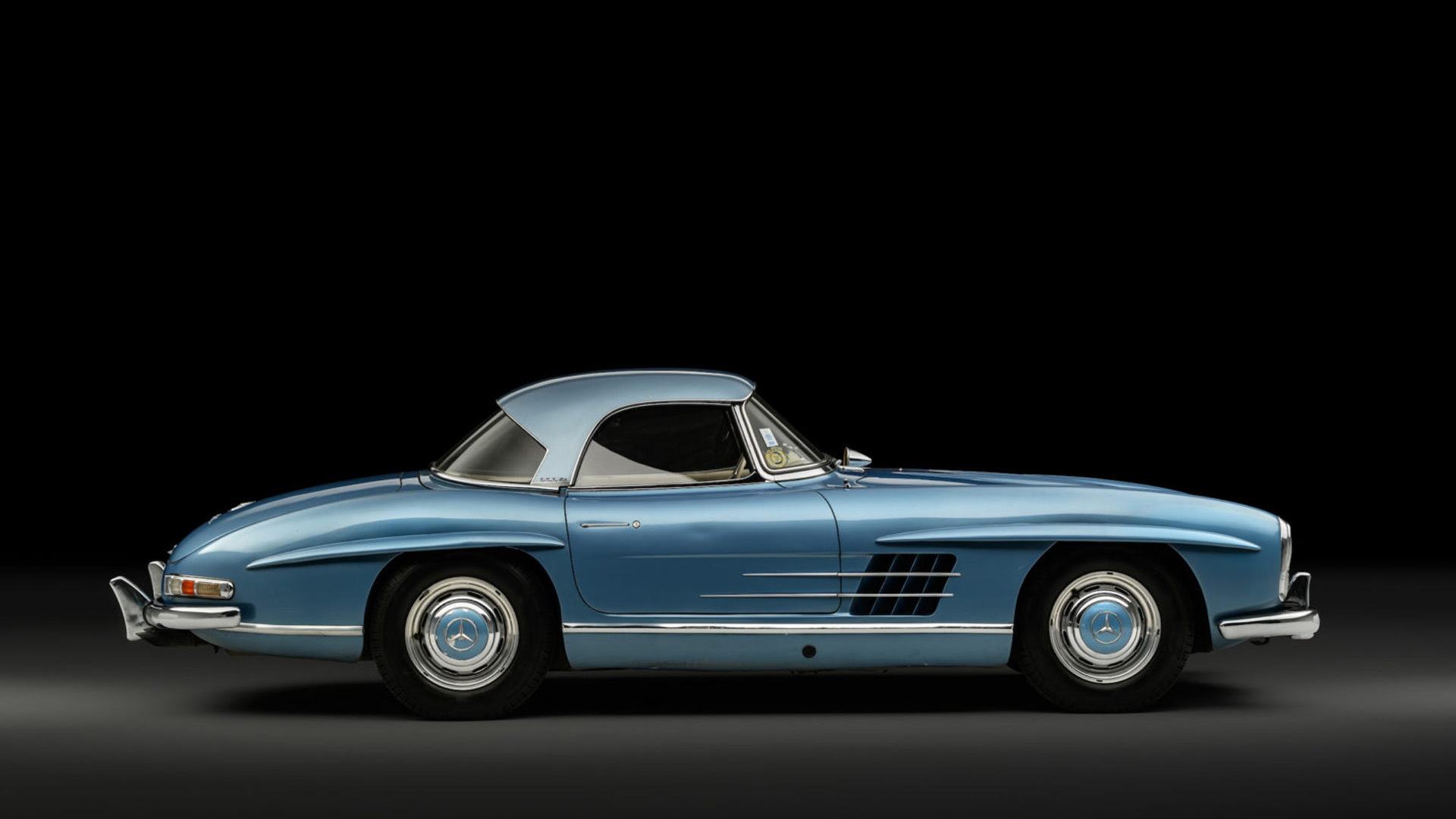 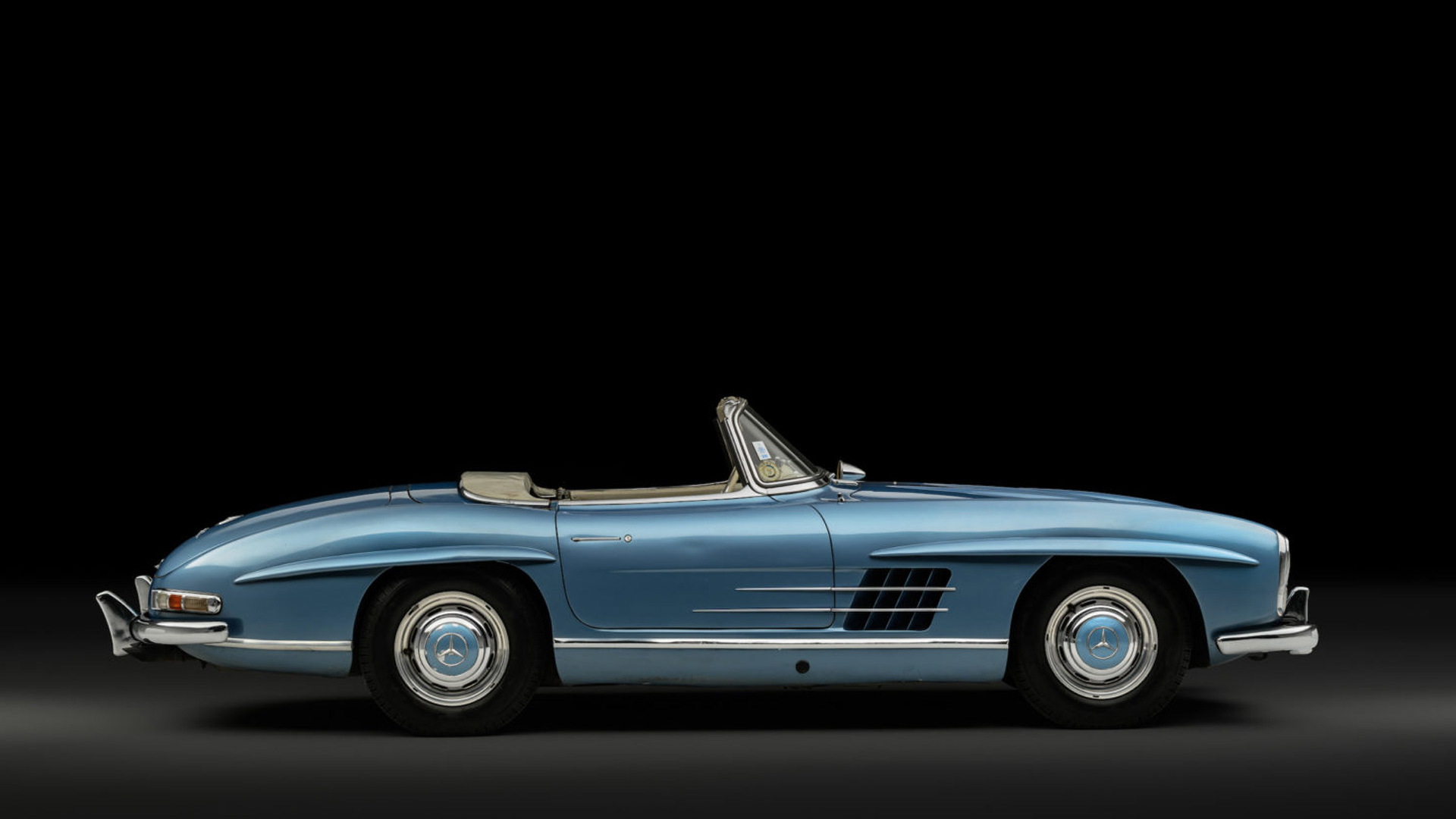 Some consider Juan Manuel Fangio to be the greatest racing driver that ever lived. Some people...are correct.

El Maestro competed in 52 Formula One races and drove off the victor in 24 of them. That means he won nearly every other race he entered. This led to five world championships with four different teams, with the last four titles all coming year after year from 1954 through 1957.

If you're a Fangio fan, you now have the chance to pretend to drive like him. Well, not like him on the racetrack but more the way he drove on holidays and around town. His beloved Mercedes-Benz 300 SL Roadster, which was presented to him as both a birthday and racing retirement gift by Mercedes in 1958, is available via private sale at RM Sotheby's. The car's current location is Switzerland.

Finished in Metallic Light Blue over a Cream leather interior, the car stayed with Fangio throughout his life, though in 1986, after he became too old to drive regularly, it was placed in the official Juan Manuel Fangio Museum, located in Fangio's hometown of Balcarce, Argentina. It stayed in the museum and in the ownership of Fangio's family following the racing legend's death in 1995, meaning the lucky buyer will be the first outside of the Fangio family to own the car.

This 300 SL was no garage queen, as the condition of its leather attests. The car was originally delivered in London, after which Fangio drove it across a number of European countries as part of his ambassadorial work for Mercedes. He shipped it to Argentina in 1960 and would continue to drive it as part of his work expanding Mercedes' operations in South America in the following decades. It's believed that almost all of the 72,951 kilometers showing on the odometer were driven by the legend.

We imagine it won't come too cheaply, especially considering how revered Fangio is all over the globe. After all, his race cars fetch sums in the tens of millions of dollars, and 300 SLs in general have been skyrocketing in value in recent years. A rare Alloy Gullwing example, one of just 29 made, even sold last month for $6,825,000 at an RM Sotheby's auction held in Phoenix, Arizona.