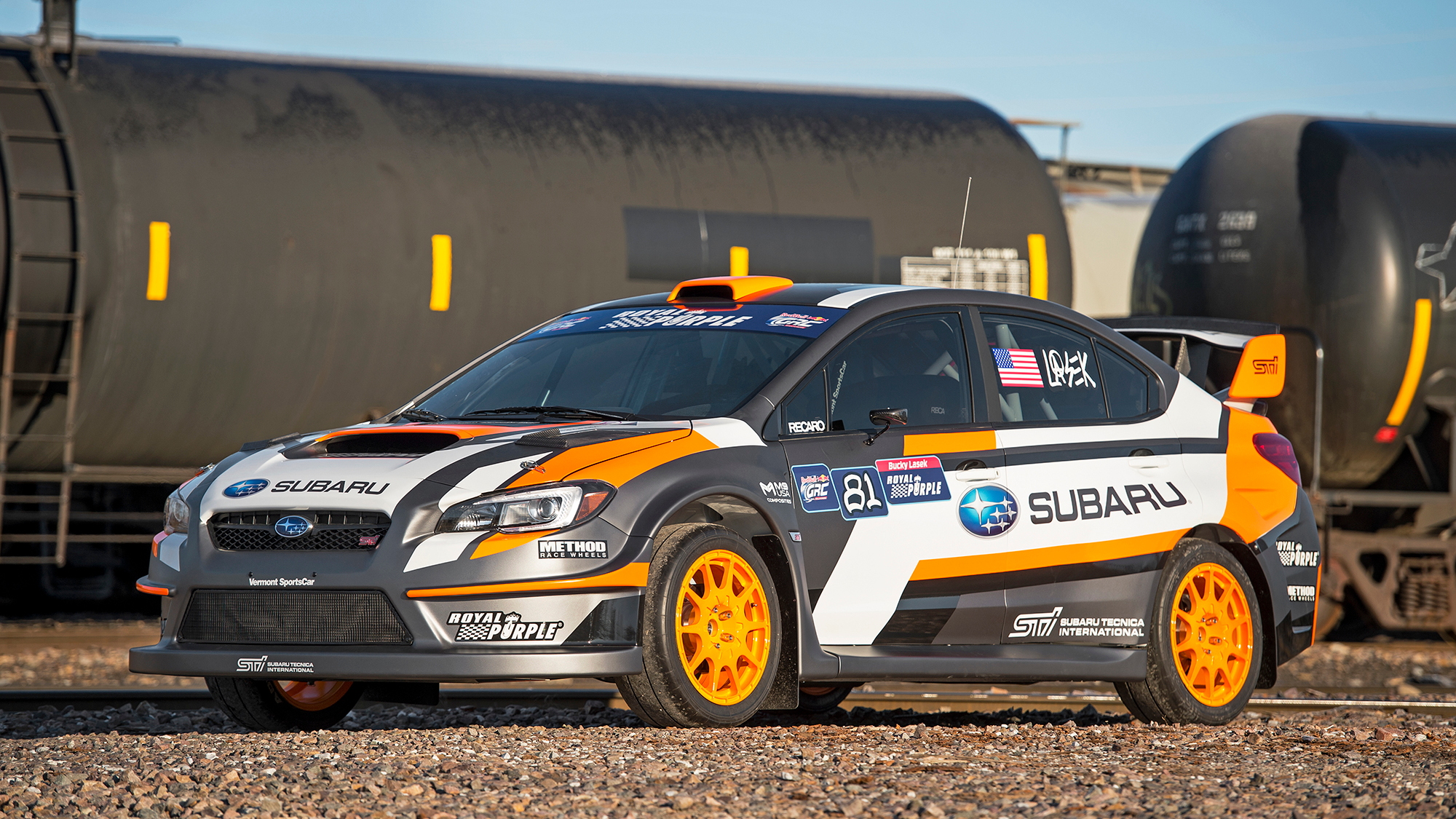 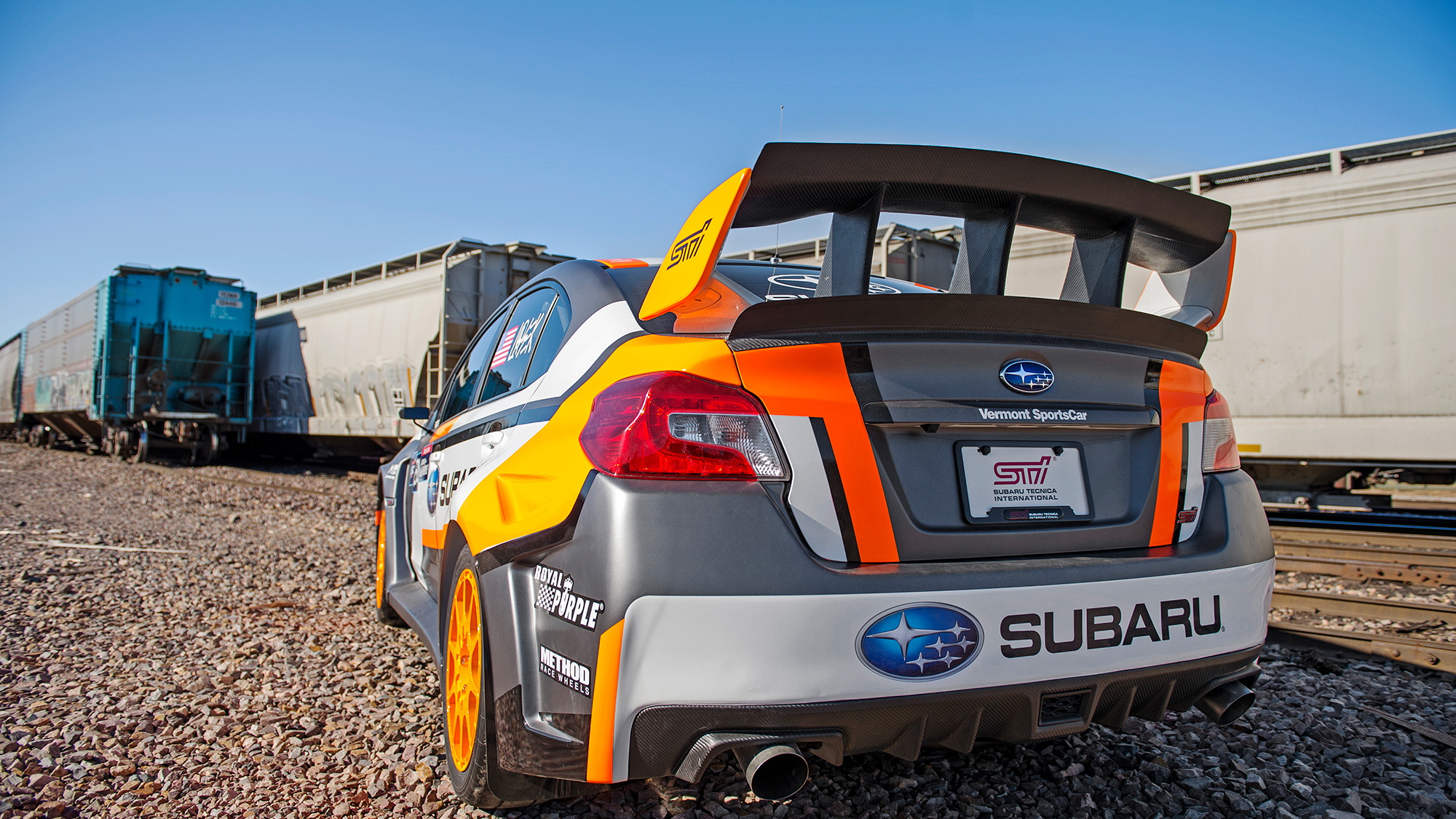 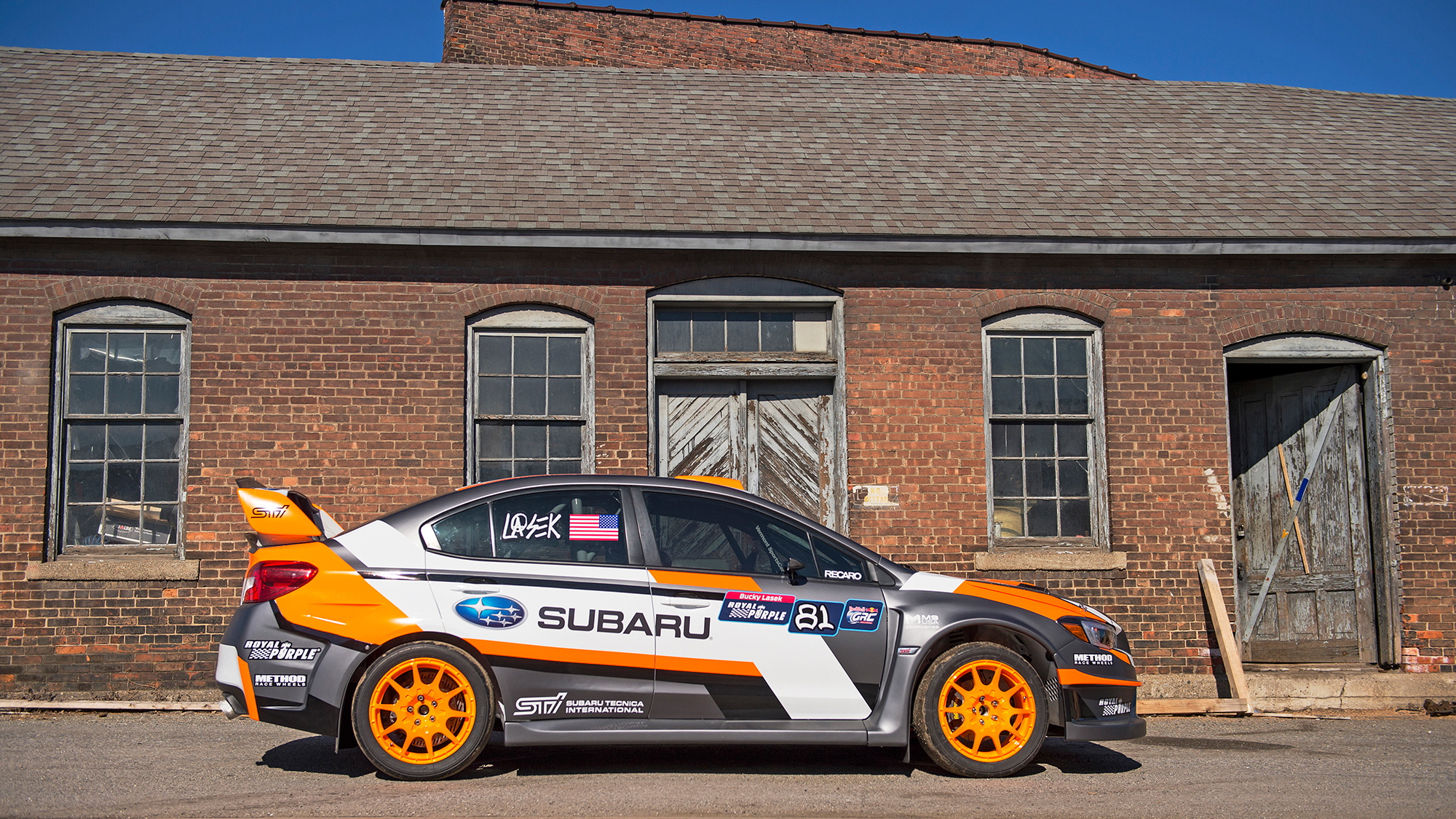 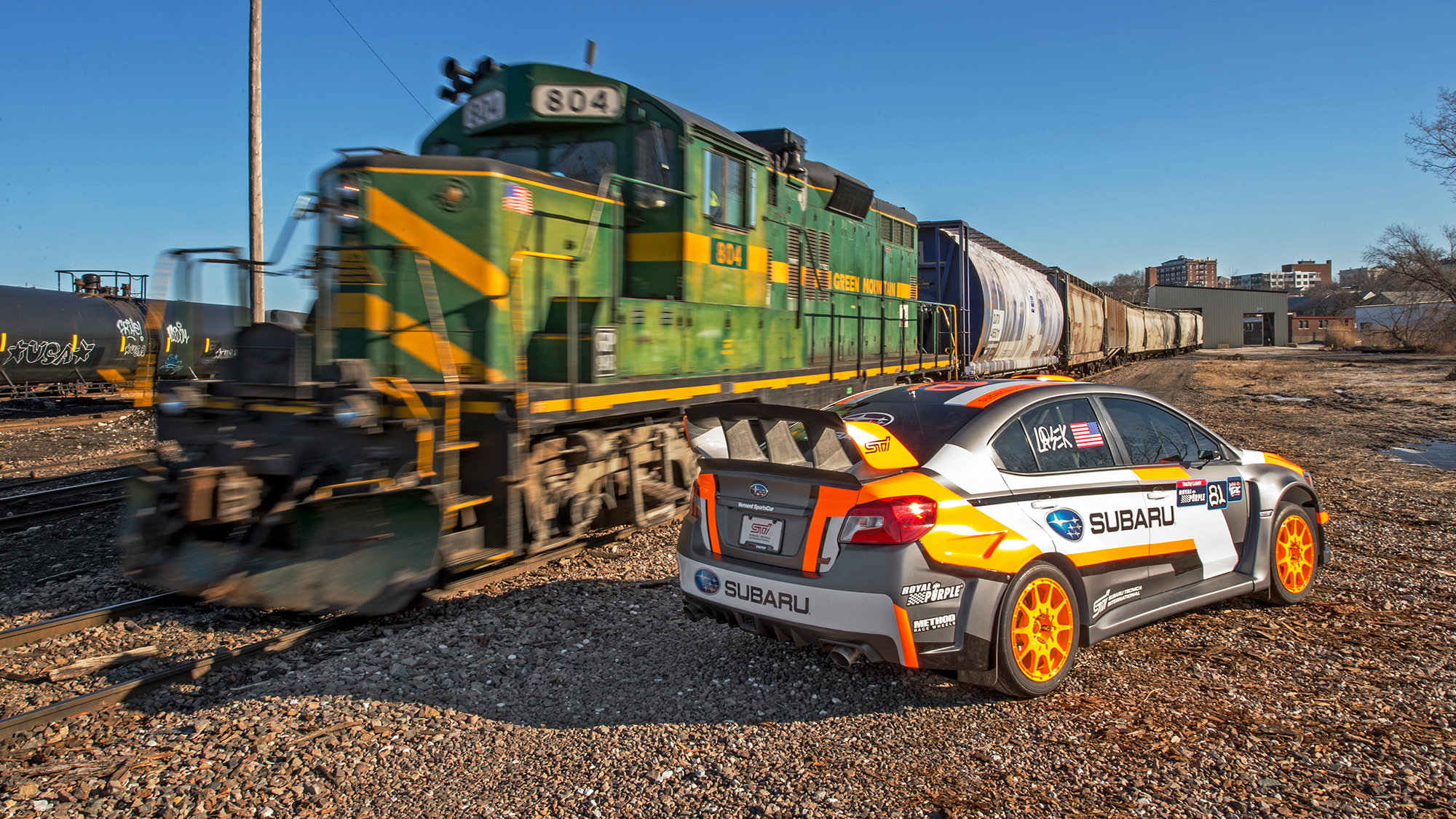 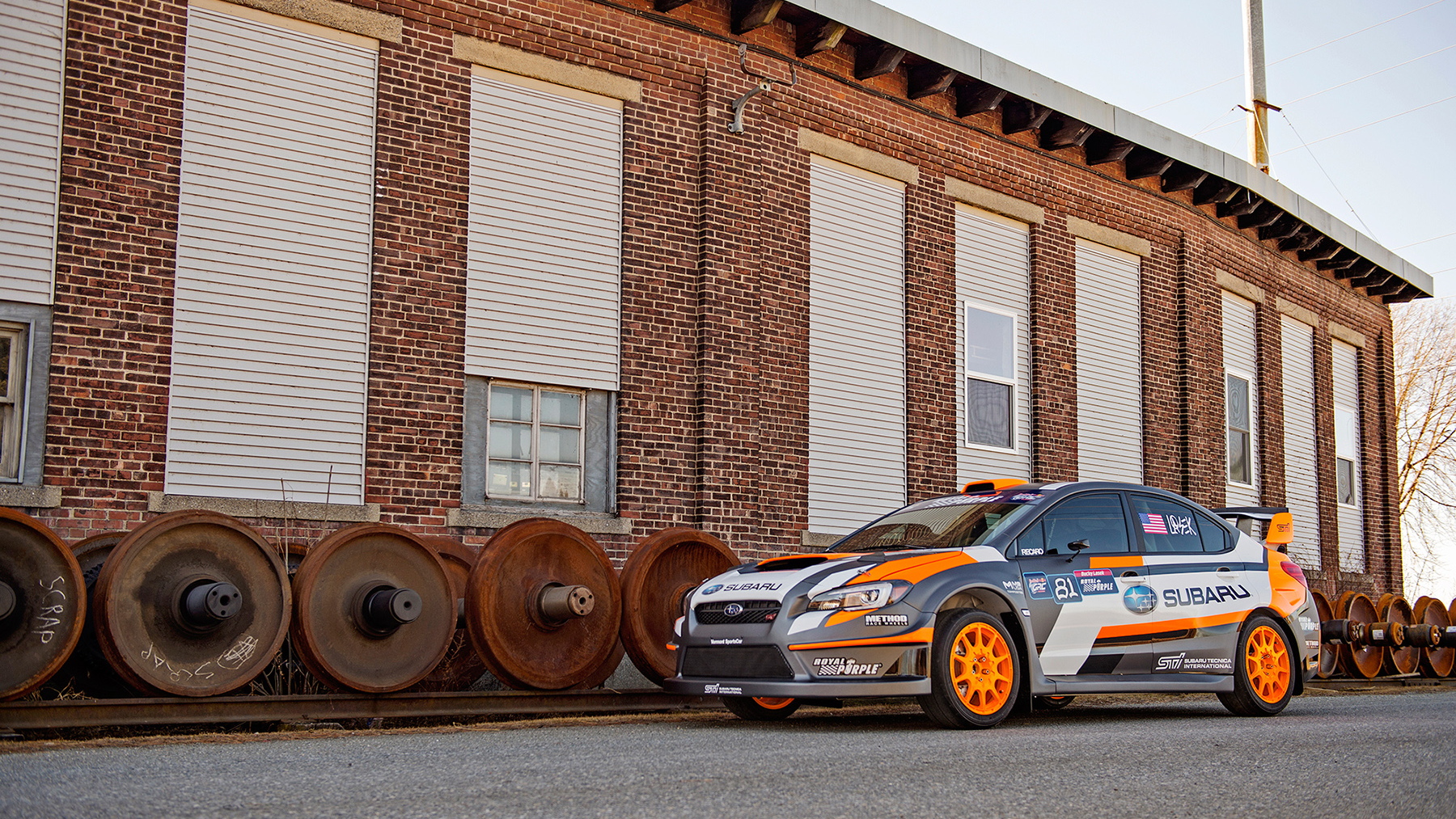 The 2015 Red Bull Global Rallycross season kicks off at the end of May, and Subaru is ready to come out swinging. Once again turning to Vermont SportsCar to create its racing superstars, the team has created the STI-based VT15x. It's a 580-horsepower all-wheel-drive gravel-ready rocket. We're not applying that term liberally either, as the car is capable of accelerating from 0-60 mph in just two seconds flat.

At the helm of this orange, gray, and white blur will be Bucky Lasek, the pro skater turned hot shoe. He'll be joined by teammate Sverre Isachshen, who won outright last year at the Seattle event. Additionally, the crew will see Travis Pastrana hop behind the wheel during the X Games event, as well as a few to-be-determined rounds down the road.

The car these three will be piloting is the third generation of race car prepped by Vermont SportsCar for the Rallyrcoss series. The aforementioned power comes from a turbocharged 2.0-liter boxer engine, which is controlled by way of a six-speed sequential gearbox built by SADEV. The car wears a wide-body setup that helps fit the METHOD race wheels and large tires underneath. Vermont SportsCar revised the chassis massively for the new year of racing.

This means everything from changing the center of gravity to go along with aerodynamic upgrades and suspension improvements that enable greater handling characteristics. That, coupled with the power and throttle response gains, have led to a car that hits higher overall speeds during testing compared to the prior-generation VR14x car.

The first Global Rallycross event begins May 31 in Florida. You may expect to see these colors somewhere on the podium.