Shelby American is yet to present its take on the all-new, sixth-generation Mustang but you can bet the Ford tuner extraordinaire has something special up its sleeve. In the meantime, Shelby is sending out the previous fifth-gen car with a special Super Snake Signature Edition package based on its GT500.

This is a post-title package, meaning buyers supply their own Shelby GT500s. Shelby is allowing the Super Snake Signature Edition package to be applied on 2007-2014 model year GT500s, with either the coupe or convertible bodystyles. Only 50 build slots will be available, however, and the order books are set to close on January 31, 2015.

The price of the package alone is set at $44,995. It includes the cost of upgrades to the engine, suspension, brakes and cooling. The cars also get a few unique exterior upgrades plus a few touches in the interior. As an extra cost option, Shelby’s awesome wide-body kit for the GT500 can also be added. 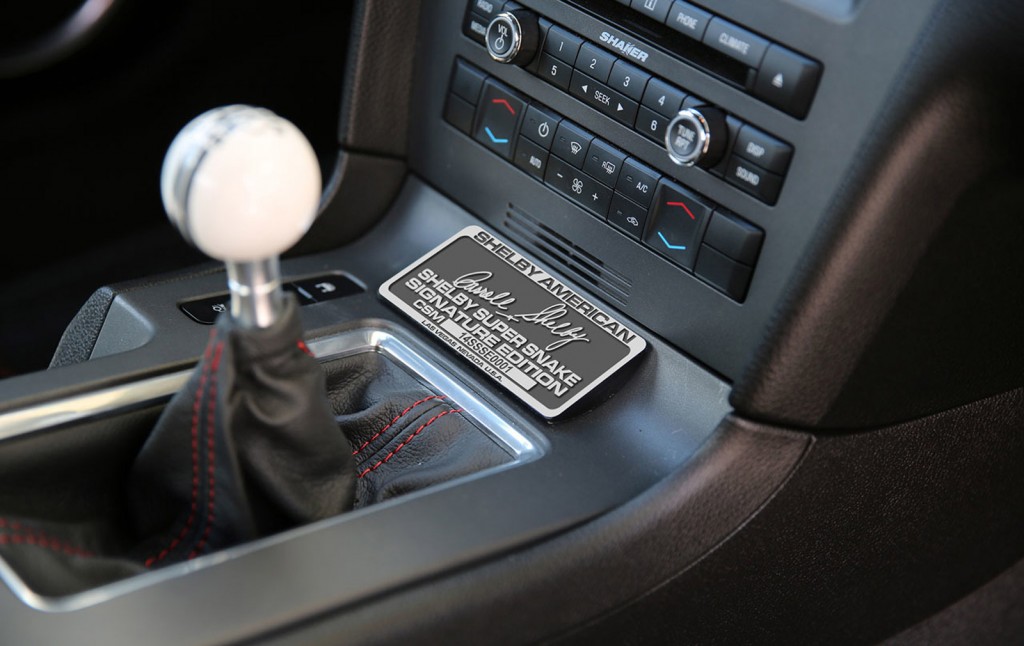 There is no extra power on offer, so depending on the donor GT500 you’re looking at an output of up to 850 horsepower, delivered by a supercharged V-8. Some specific upgrades include a 3.6-liter Kenne Bell supercharger, Shelby’s own cooling package, new brakes, custom forged wheels, special badging, and a wide selection of color and trim options.

On top of this, owners of the Shelby GT500 Super Snake Signature Edition will enjoy a day of training at the track. Each track day will be scheduled based on track availability.

“The Ford Shelby GT500 Super Snake has become one of the most exciting and desired cars in the world since we introduced it in 2007,” Shelby American CEO Joe Conway said in a statement. “With production of the current generation GT500 ending, we wanted to commemorate the sunset of an important era—this Shelby truly changed the automotive landscape and inspired the performance competition that continues today.