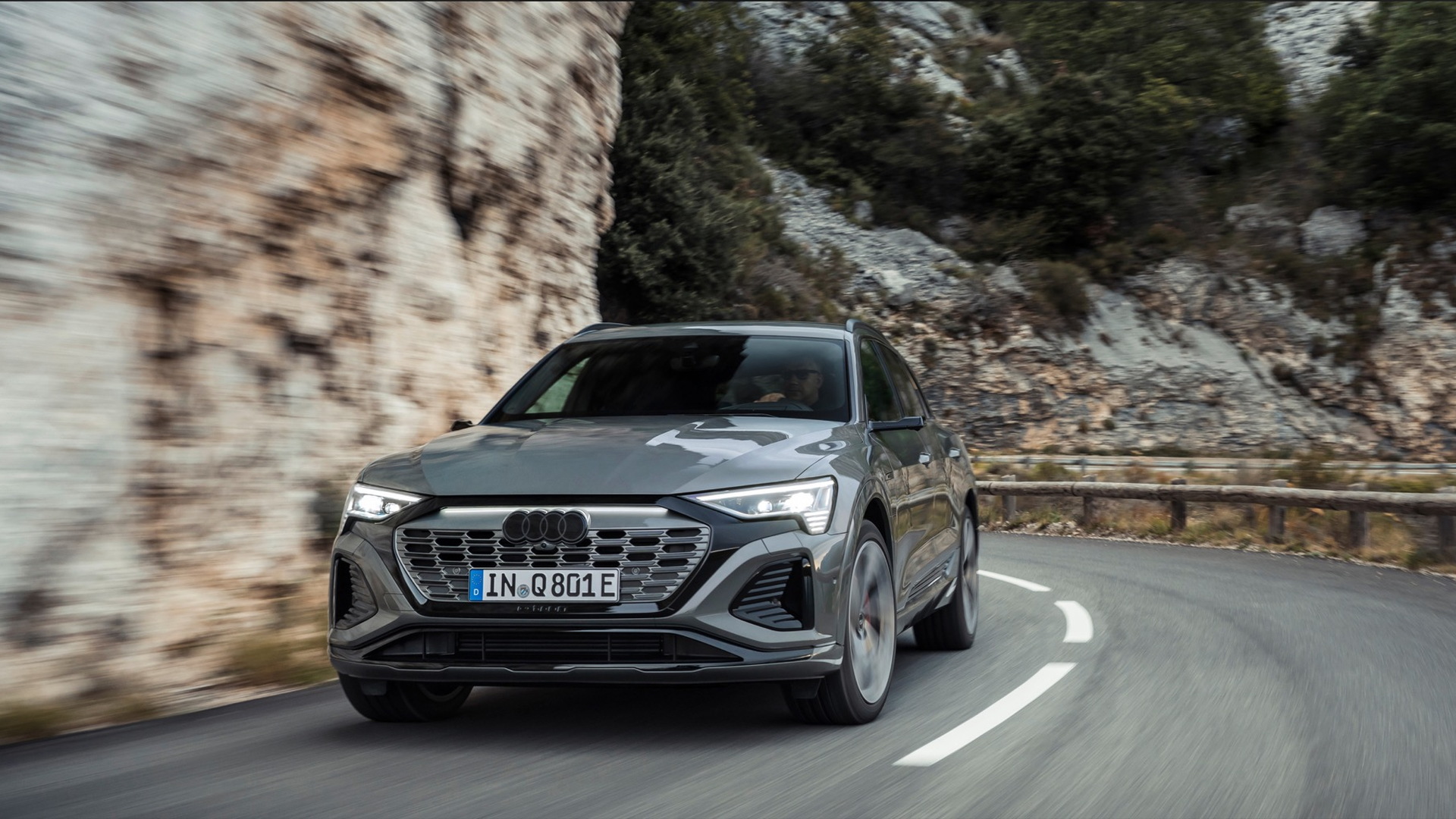 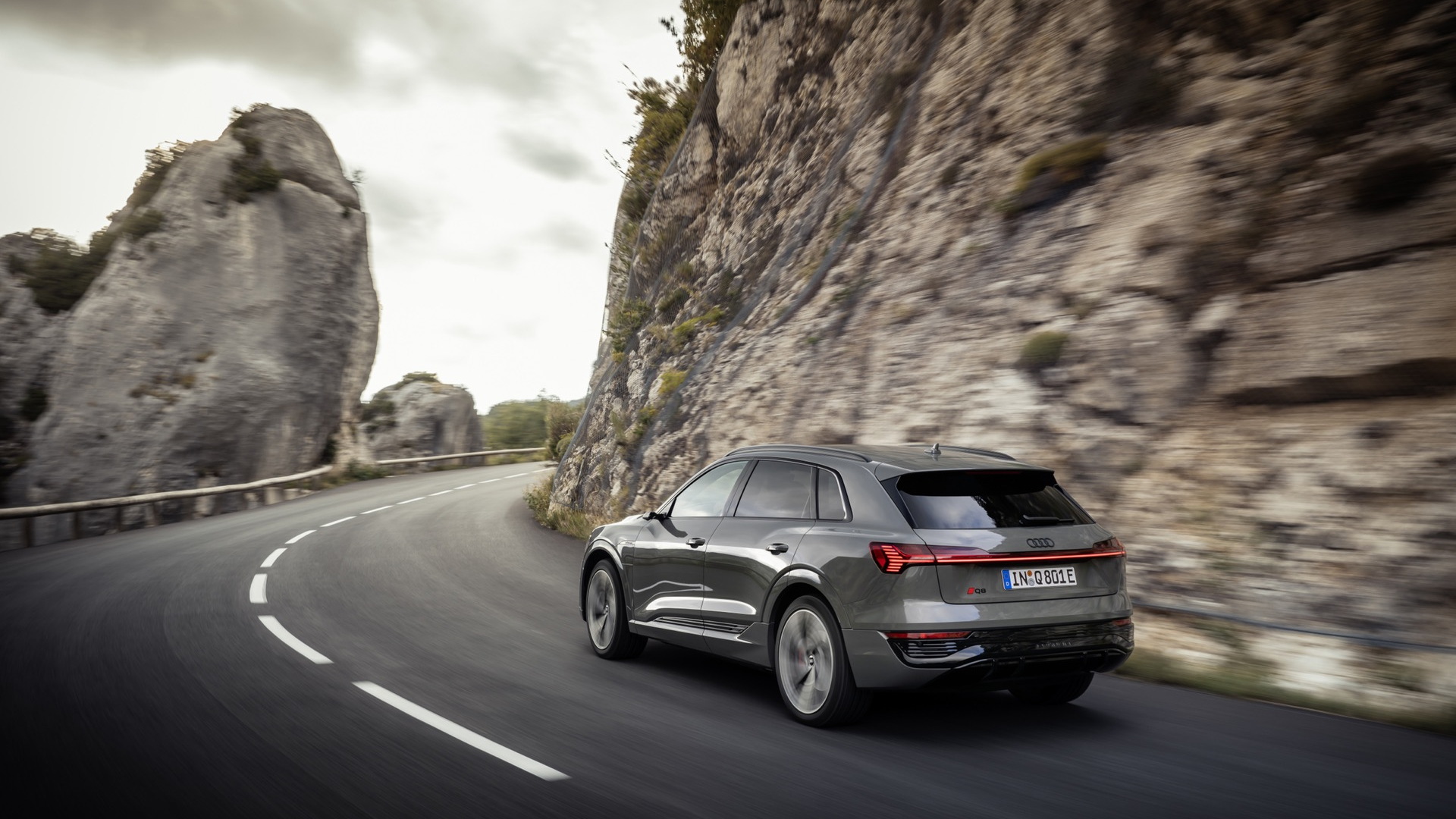 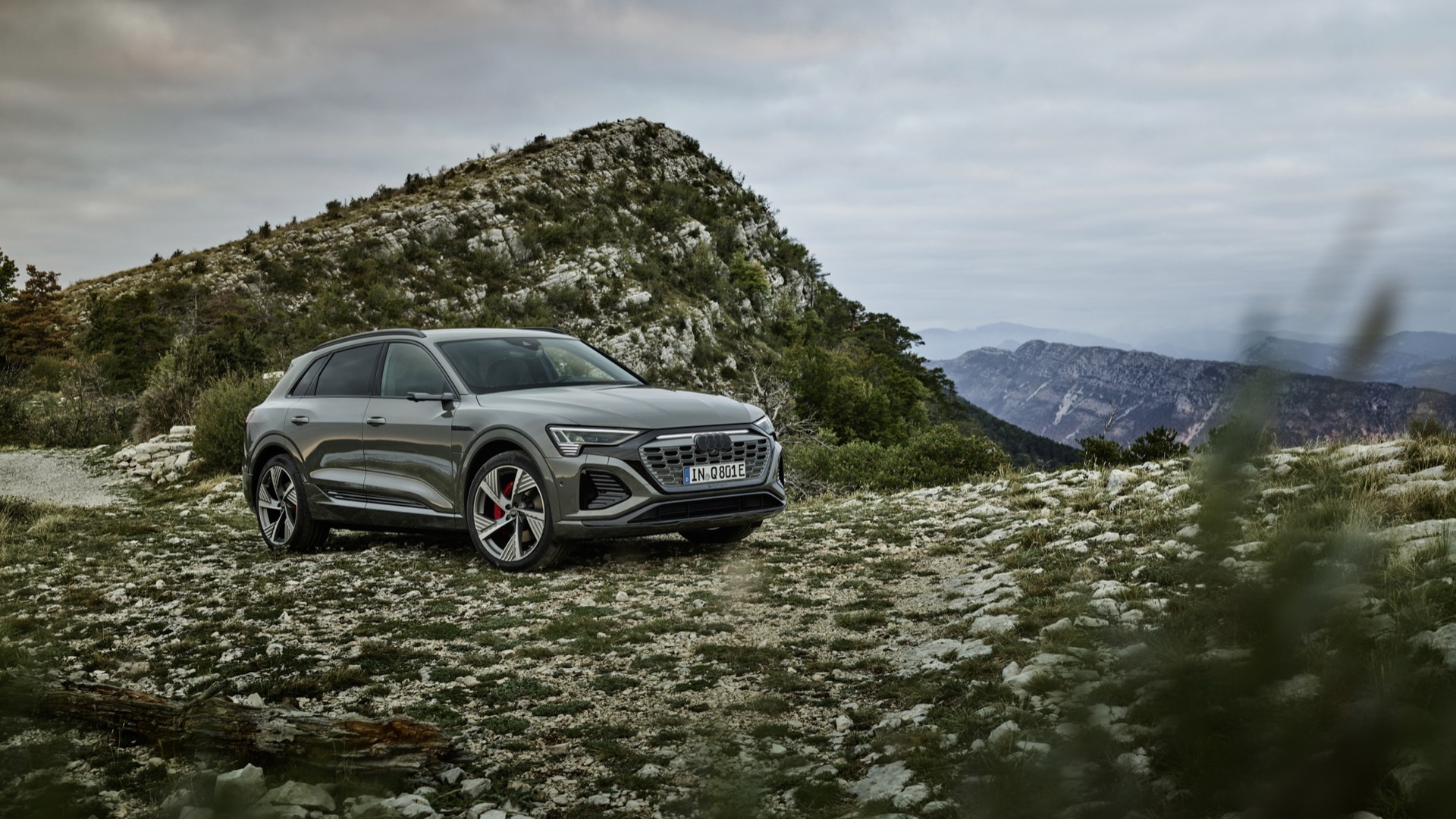 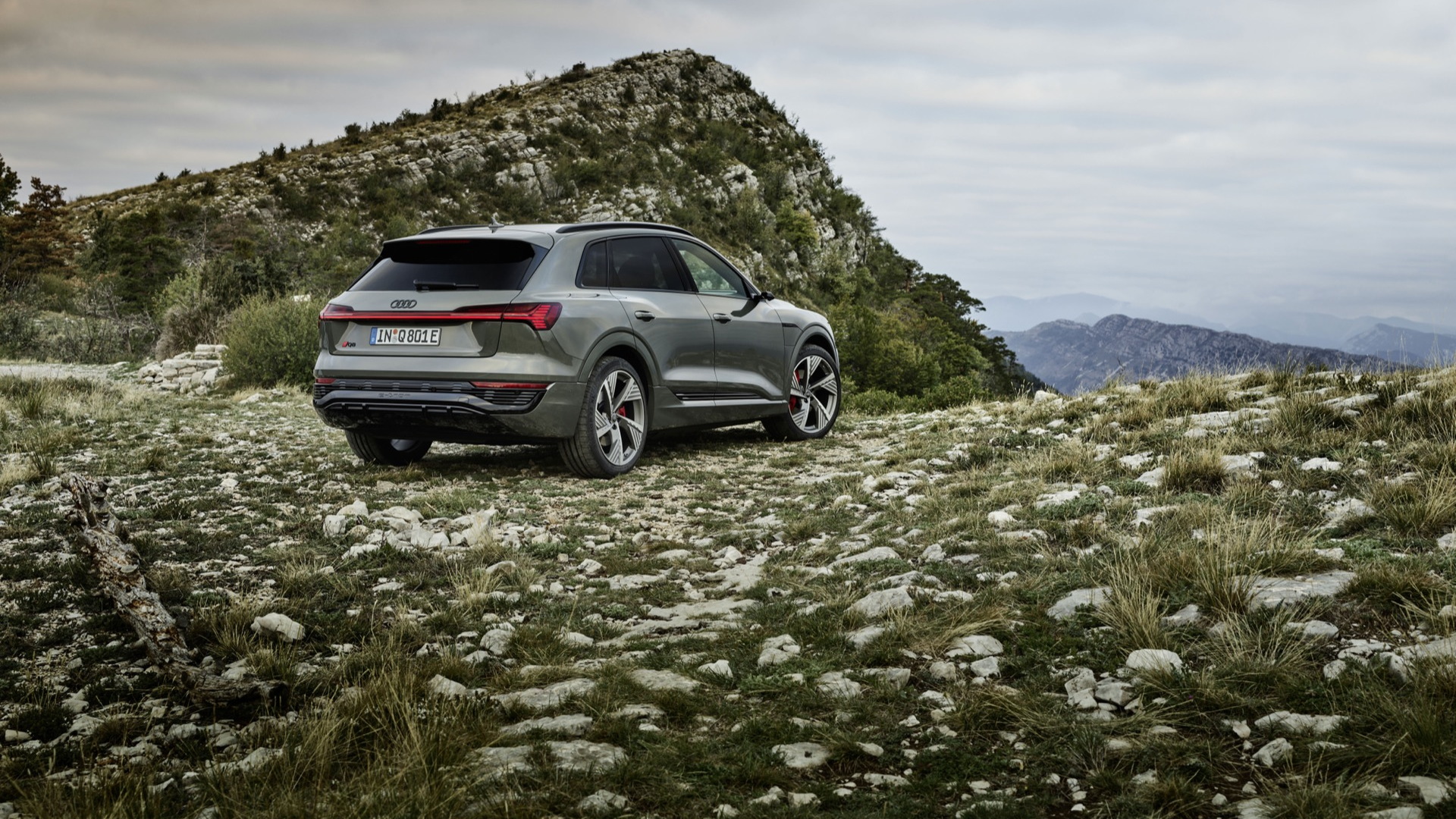 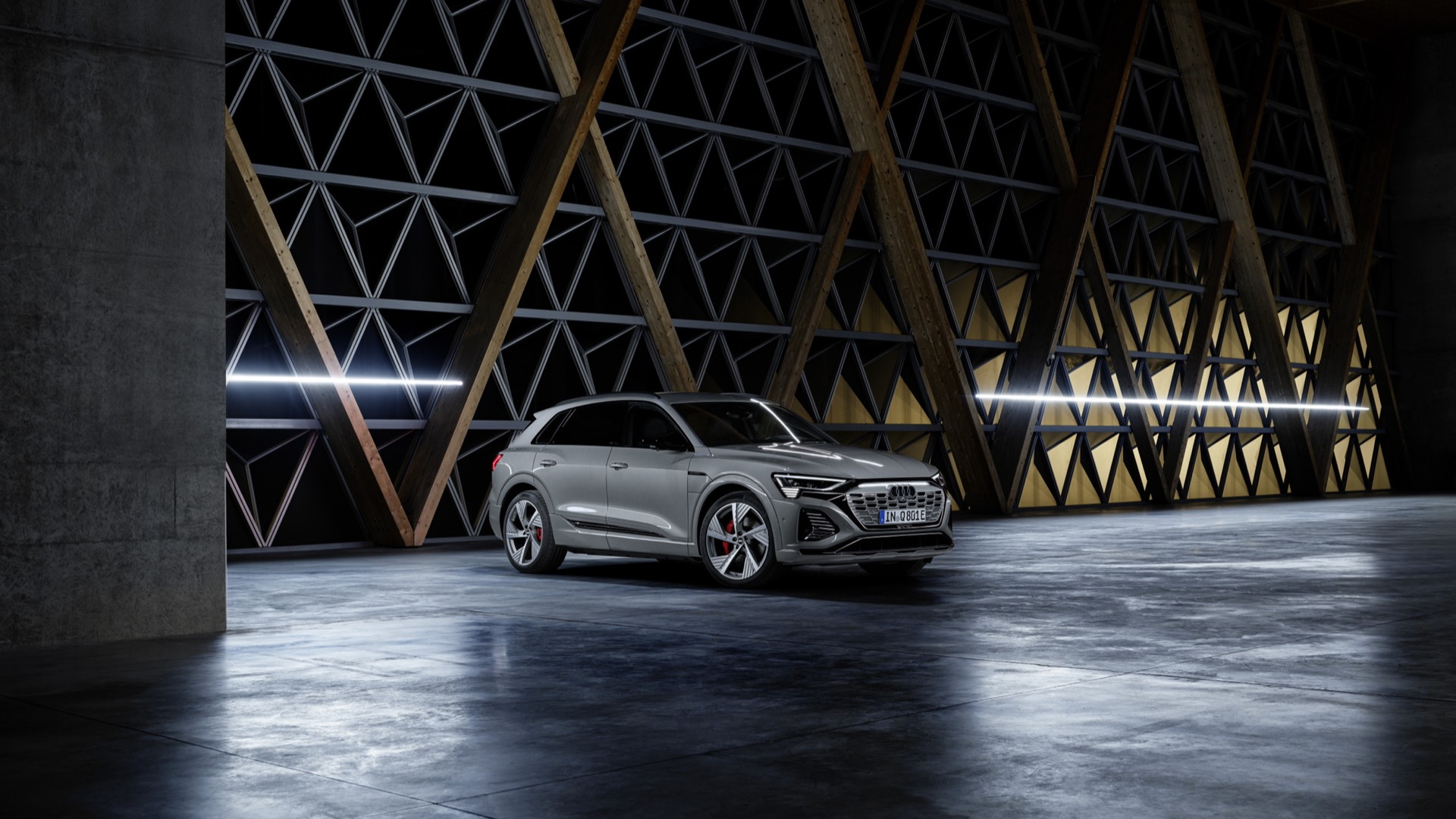 Audi's E-Tron has undergone a major update and been given a new name in the process.

The updated mid-size electric SUV was revealed late on Tuesday as the 2023 Audi Q8 E-Tron, and it is confirmed to reach dealerships in the second quarter of 2023, in both regular SUV and coupe-like Q8 Sportback E-Tron guises.

The original E-Tron arrived for 2019 and ticked many of the right boxes for EV fans, but it was let down by its low 204 miles of range. Efficiency updates for 2021 increased the range to 222 miles, though rival EVs were well over 300 miles at that point.

The Q8 E-Tron goes some way toward rectifying the matter. For the U.S., the Q8 E-Tron will come standard with a 106-kwh battery (an 89-kwh battery will be offered in other markets) delivering a range of up to 361 miles for the regular SUV and 372 miles for the Sportback, as measured on the WLTP cycle used overseas. These figures should still translate to around 300 miles on the stricter EPA cycle.

Charging performance has also seen an improvement. Charging at up to 170 kw will be possible, which will enable the battery to be topped up from 10-80% in around 30 minutes. 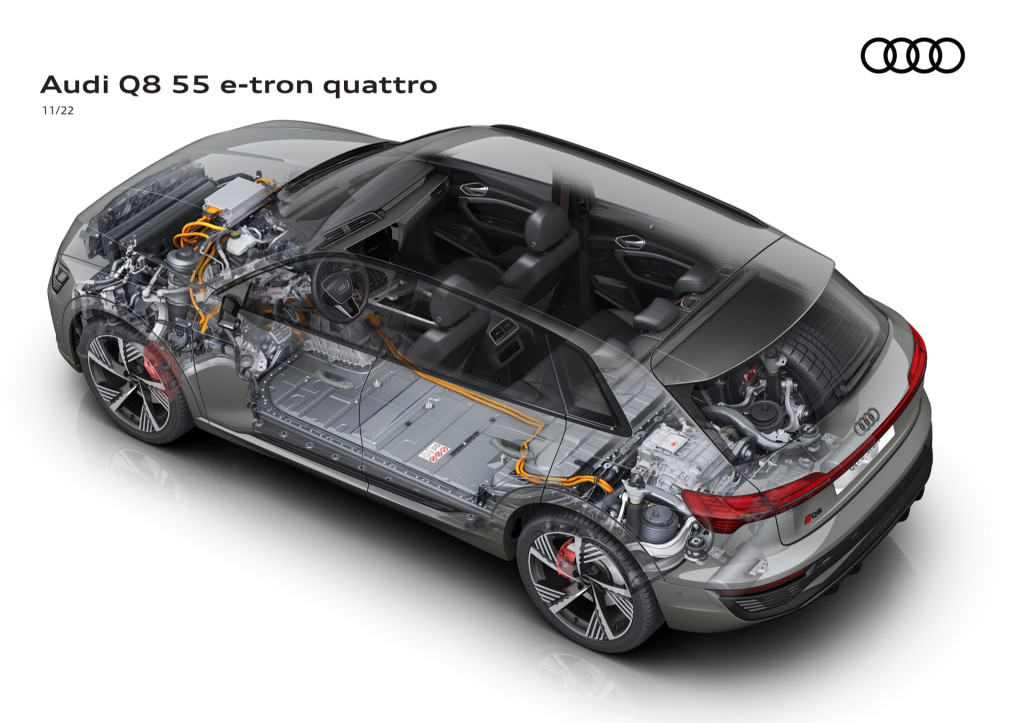 The power figures are unchanged from the current E-Tron, but tweaks have been made to improve efficiency. For example, some of the asynchronous motors feature 14 coils generating the electromagnetic field, instead of 12 previously. This boosts torque, but if the extra performance isn't needed then less energy is consumed.

Changes to the exterior styling are subtle and consist of new fascias and a number of aerodynamic improvements, including the use of active shutters for the radiator, to help reduce drag. The Audi logo has also been given a flatter design.

Changes inside are even more subtle. It features new trim materials, increased use of recycled materials, and four-zone climate control. The driver is greeted with a digital instrument cluster and two more touch-sensitive screens sit in the center stack. These control the infotainment system and comfort settings. 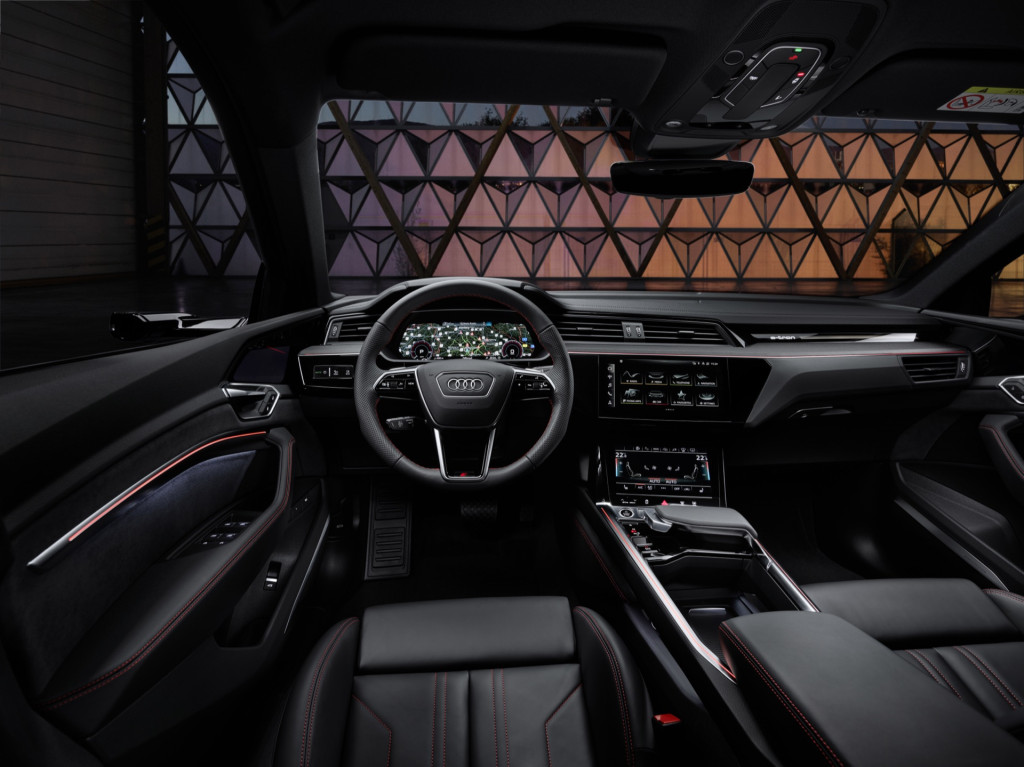 As a top-of-the-range Audi, the Q8 E-Tron comes with all the bells and whistles. The list includes air suspension, matrix LED headlights, Bang & Olufsen audio, a glass panorama roof, and wheel sizes measuring up to 22 inches.

Specific details for the U.S. will be announced closer to next year's market launch.

Production of the Q8 E-Tron and Q8 Sportback E-Tron is handled at Audi's plant in Brussels, Belgium. Audi claims the process is carbon neutral, due in part to the use of renewable energy.

Other Audi EVs due in the coming years include a Q6 E-Tron, A6 E-Tron, and the production version of last year's Grandsphere concept, which may just replace the A8. Beyond 2026, Audi will only introduce EVs. This means a redesign of the internal-combustion Q8 is unlikely.