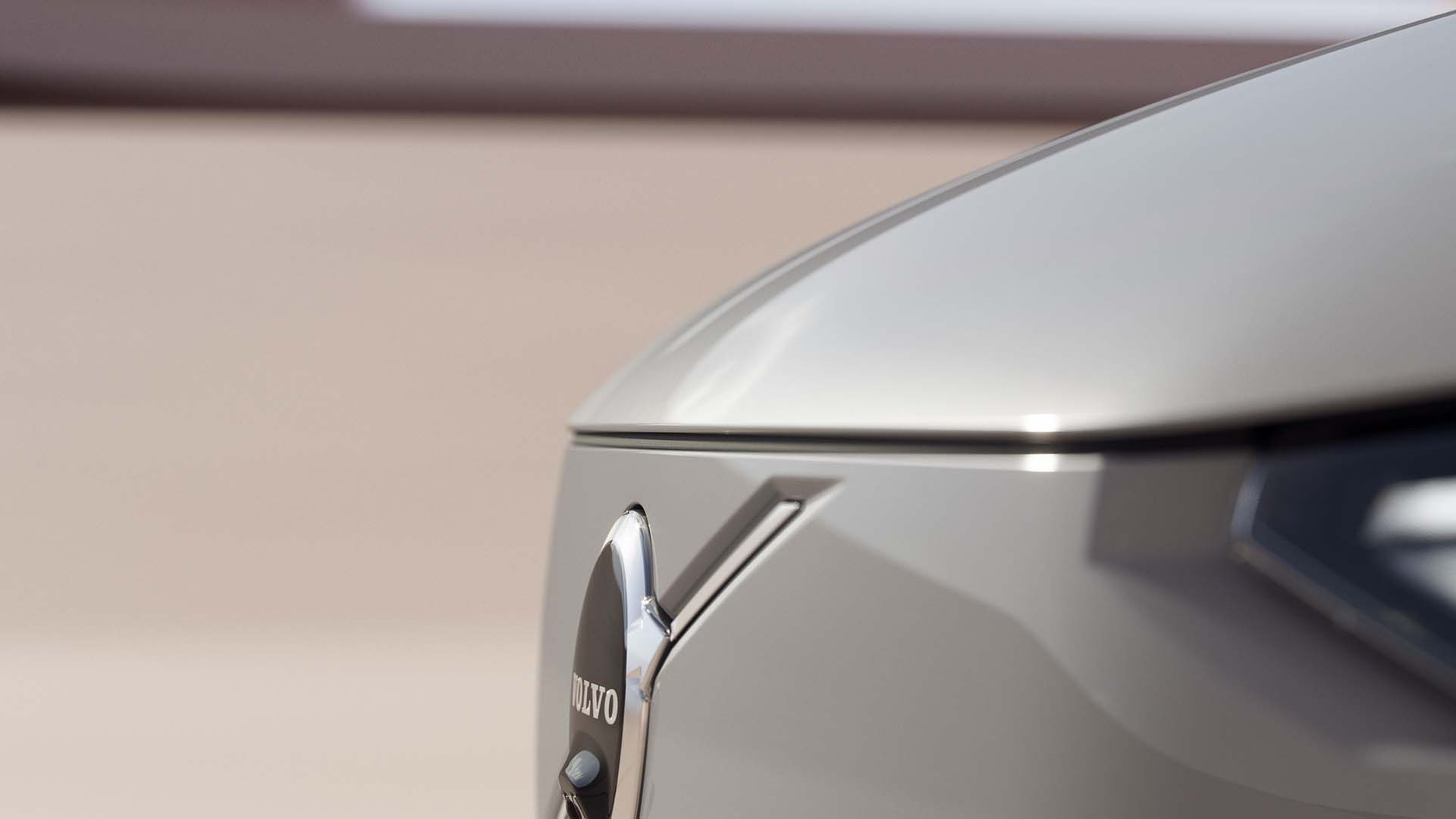 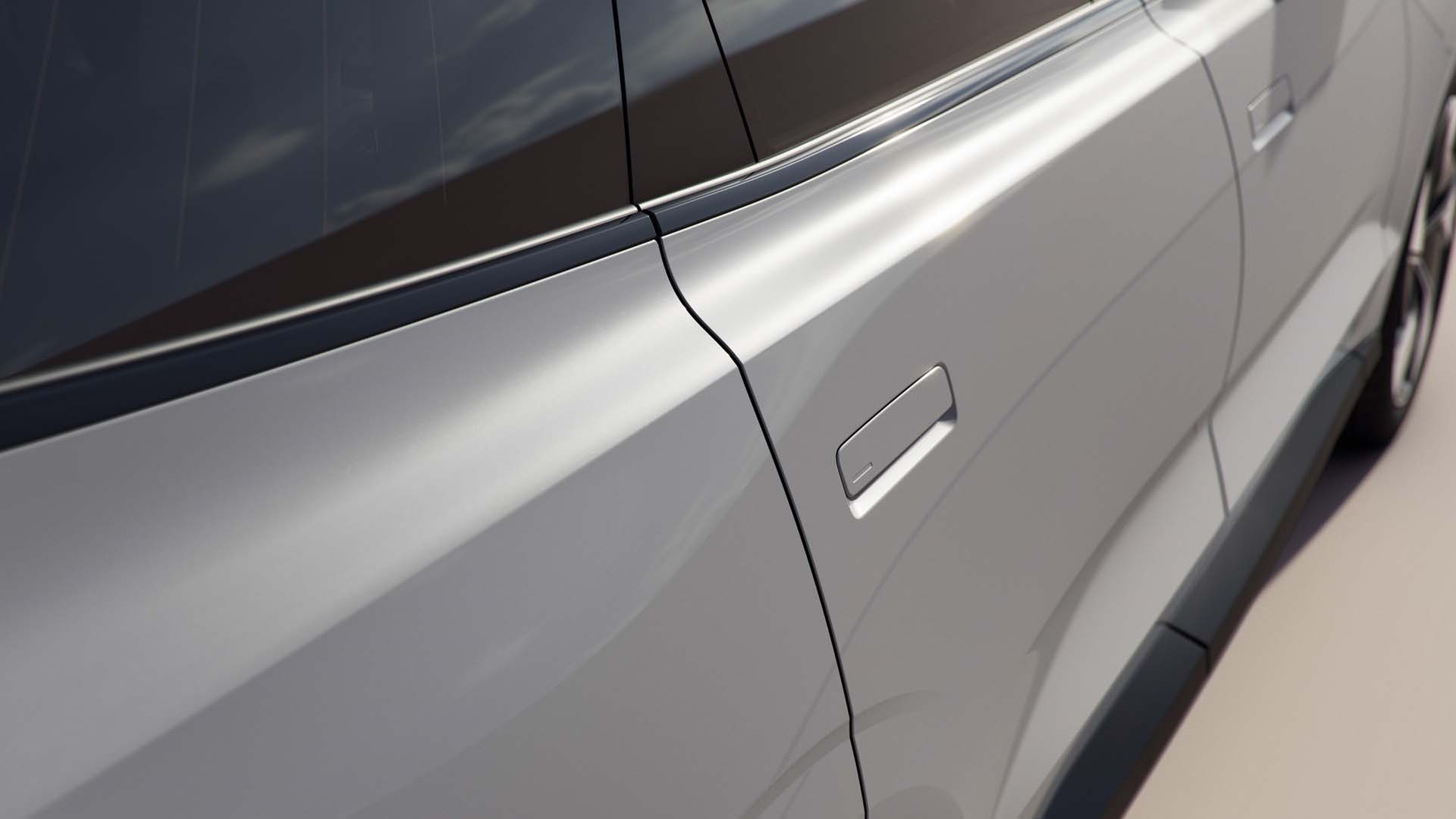 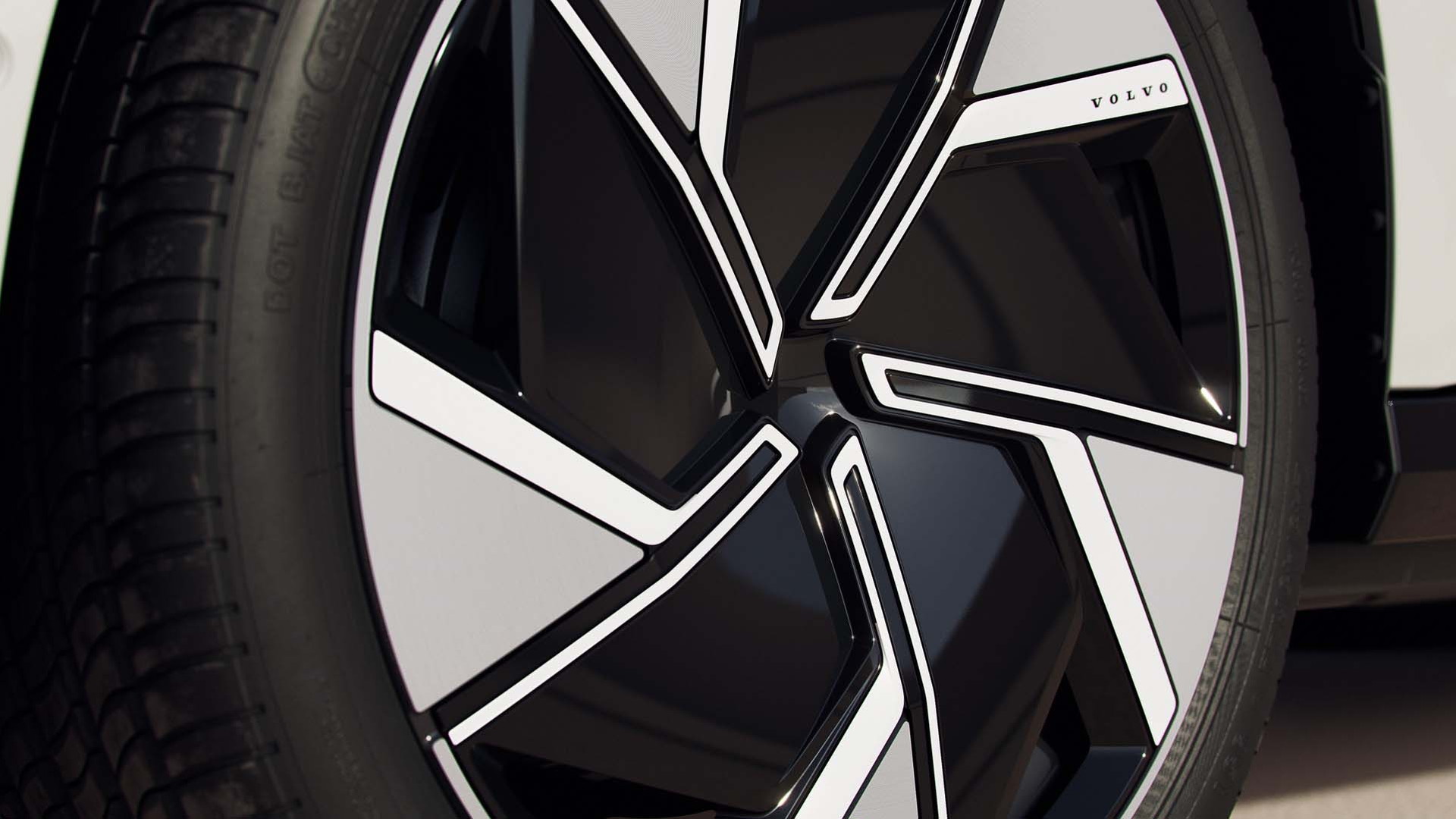 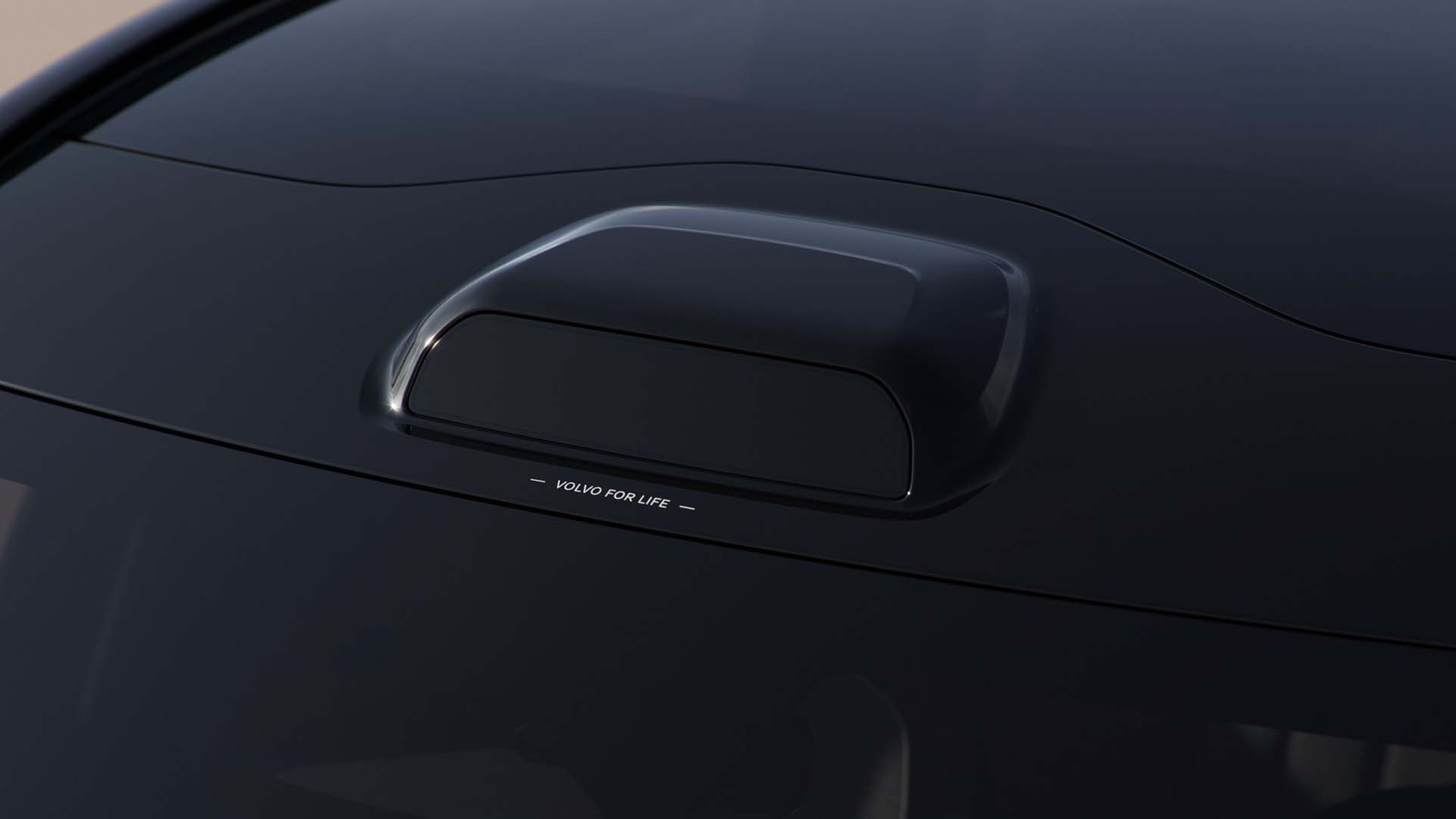 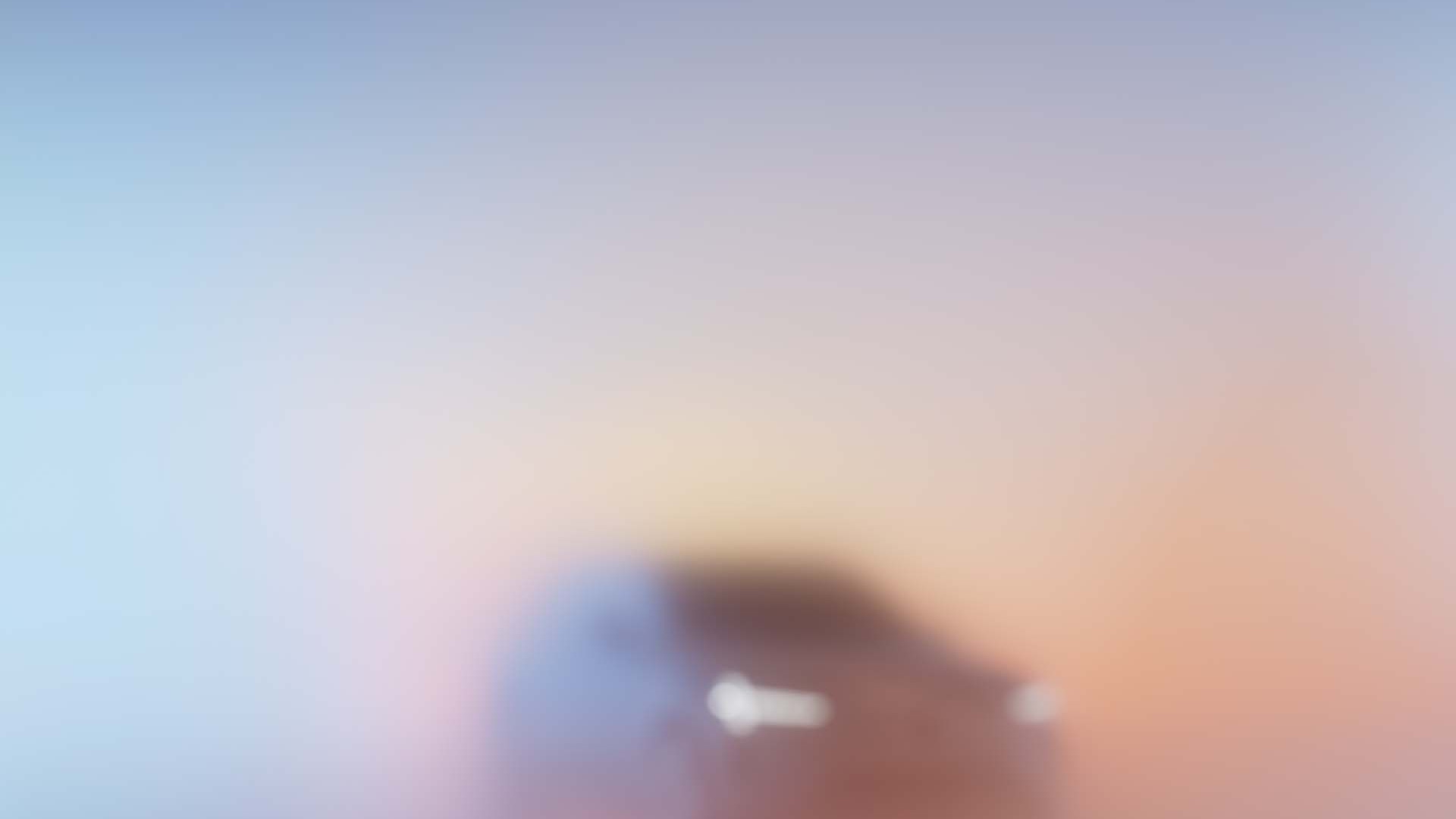 Volvo is just a week out from the reveal of its EX90, and on Tuesday the automaker provided a teasing glimpse.

The EX90 is an electric mid-size SUV destined to sit atop of the Volvo lineup alongside the XC90, and it's based on a newly developed EV platform that debuted earlier in October under the Polestar 3.

Volvo said elements, particularly at the front, have been made a bit rounder to help reduce efficiency-sapping drag. Flush door handles and wheels with an almost completely sealed design also help reduce drag.

“If you look at the front, it’s proud and confident, inspired by a sailboat’s ability to shear through the ocean’s slamming waves,” T. Jon Mayer, Volvo's head of exterior design, said in a statement. “But it’s also rounder overall, which enables the air to flow around the car more efficiently.”

One new design feature not seen on any previous Volvo is the EX90's lidar sensor, which will be standard. It's mounted to the roof to provide the best view possible. Volvo said lidar can precisely measure ranges and is capable of detecting pedestrians up to 820 feet away.

The lidar system is part of a suite of hardware in the EX90 that, according to Volvo, is sufficient for self-driving operation. Though self-driving ability won't be available at launch, Volvo is developing a feature called Ride Pilot, which will enable true hands-off, eyes-off travel on certain highways. Timing for Ride Pilot isn't clear, though the first market has been confirmed as California.

The EX90 is also known to be coming with an intuitive user interface, sustainable trim materials, bidirectional charging, and an occupant detection system.

The debut is set for Nov. 9 in Stockholm, Sweden, and the first examples are due at dealerships in 2023, likely as 2024 models.