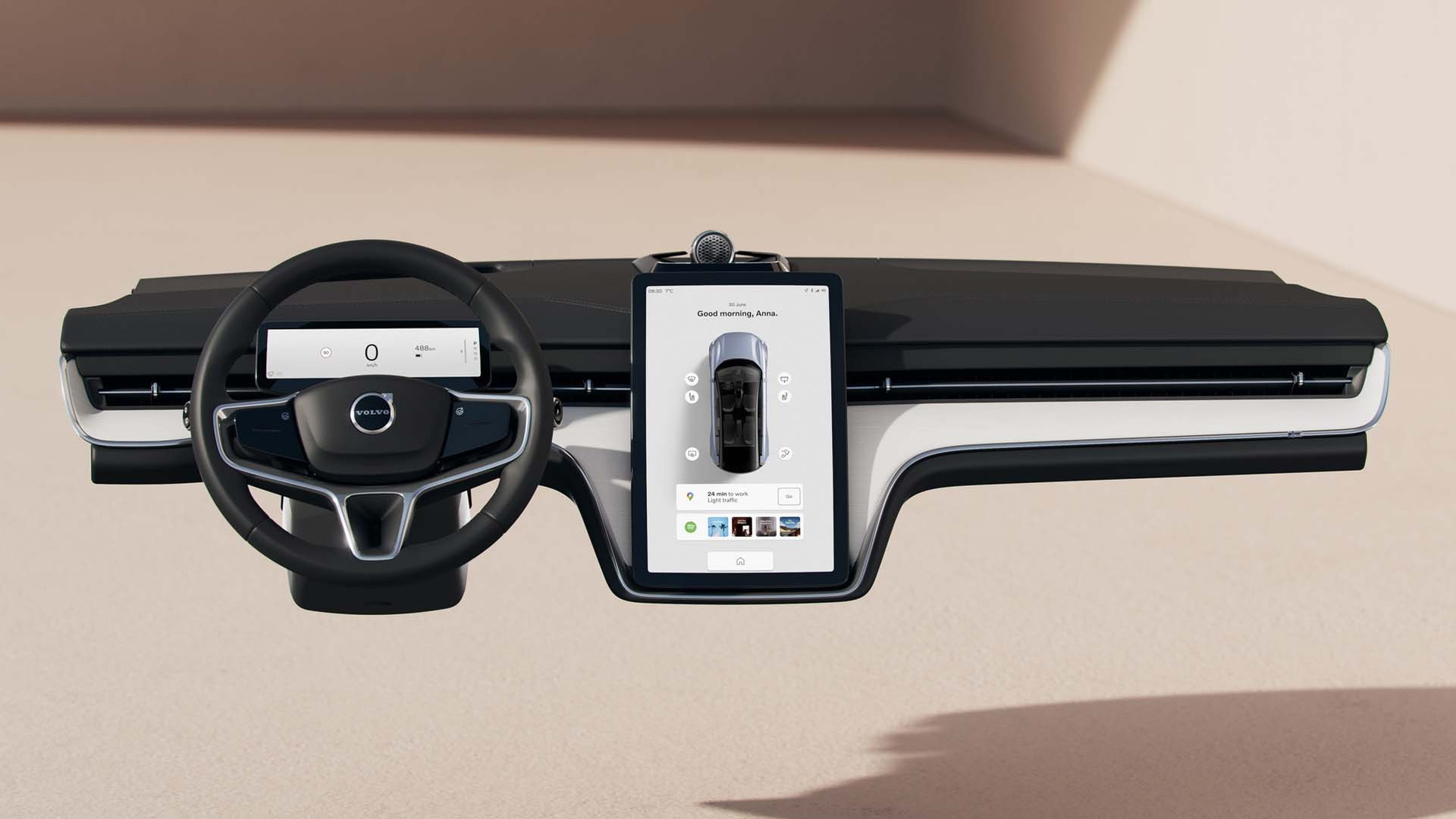 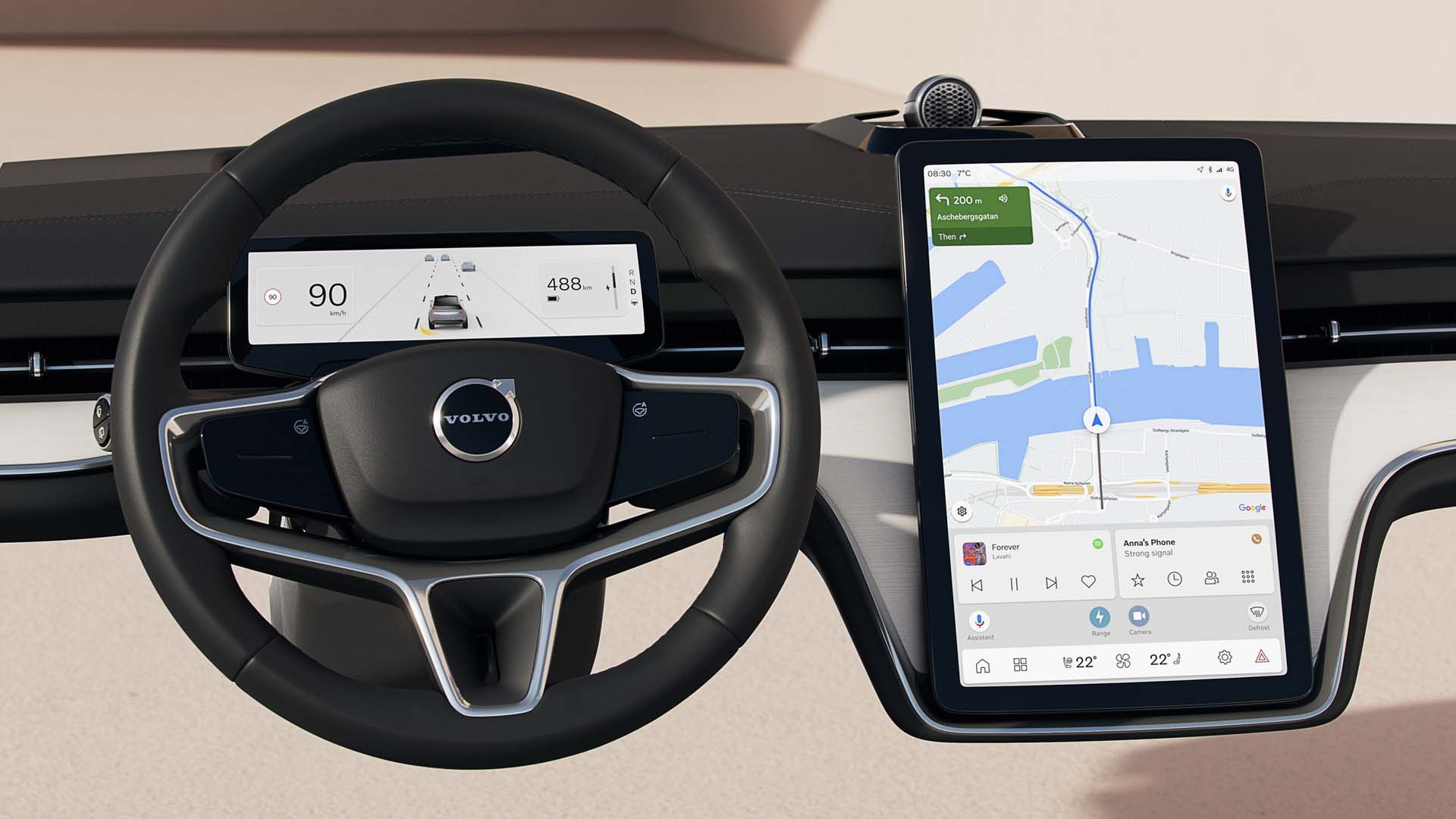 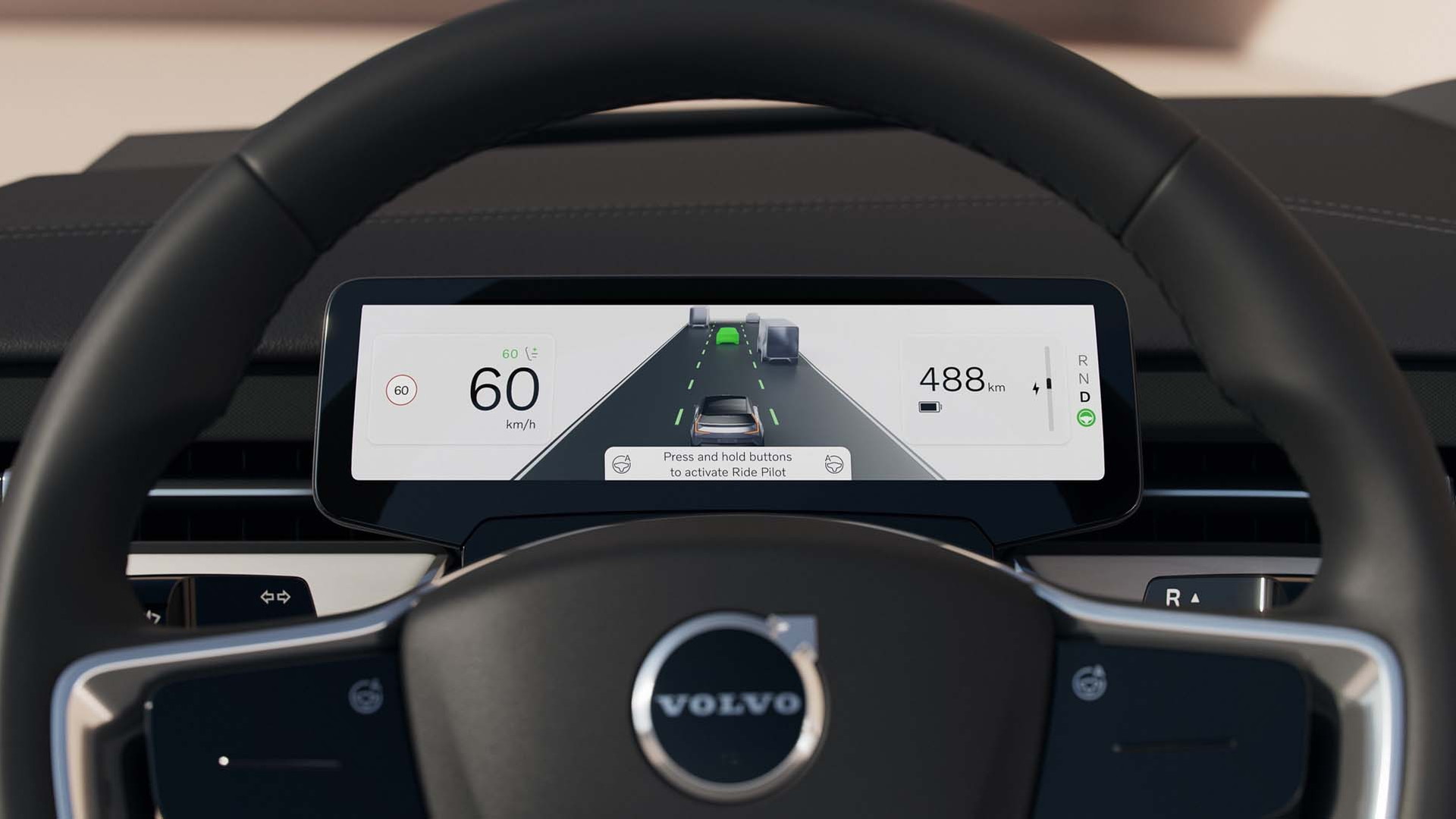 Volvo on Tuesday previewed the user interface of its EX90 ahead of the SUV's debut on Nov. 9.

The EX90 is a fully electric mid-size SUV that Volvo will sell alongside the XC90, and its user interface will feature intelligent operation to ensure only the most vital information is shown or requested at any time so that the driver can remain focused on the road, Volvo says.

As is the case today, important driving information is contained in an instrument cluster directly behind the steering wheel. Other information—like navigation, media, and phone, plus various controls—is shown on a large infotainment screen in the center stack.

However, the information presented will be dependent on the situation. For example, different information will be shown whether you're parked or driving, or in the middle of a phone call. There will also be a contextual bar that will offer suggestions for actions most suited to the present situation.

“It’s all about providing you with the right information at the right time,” Thomas Stovicek, Volvo's head of user interface development, said in a statement.

Volvo said reducing distraction for the driver will become increasingly important as cars start to handle more of the driving on their own, given the right set of conditions. Rather than distracting the driver, the user interface has been designed to provide a clear understanding of when the vehicle is switching between manual and assisted driving modes.

In the case of the EX90, Volvo said all the hardware will be installed for self-driving operation. Though self-driving operation won't be available at launch, Volvo is developing a feature called Ride Pilot, which will enable true hands-off, eyes-off travel on certain highways. Timing for Ride Pilot isn't clear, though the first market has been confirmed as California.

The EX90 will start sales in 2023, meaning it will likely arrive as a 2024 model. The vehicle will be a twin under the skin with the recently revealed 2024 Polestar 3, and production is planned to take place at Volvo's plant near Charleston, South Carolina, in addition to other locations.

The EX90 is also known to be coming with sustainable materials in the cabin, bidirectional charging, an occupant detection system, and a lidar sensor.