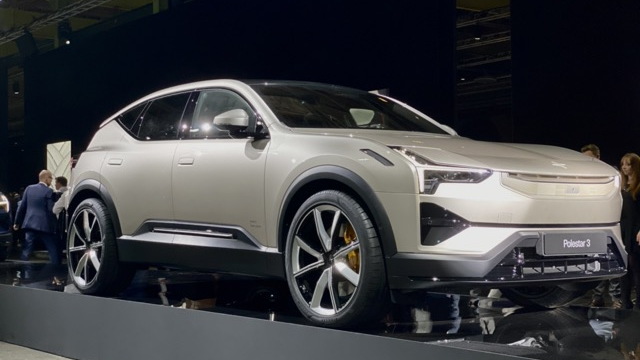 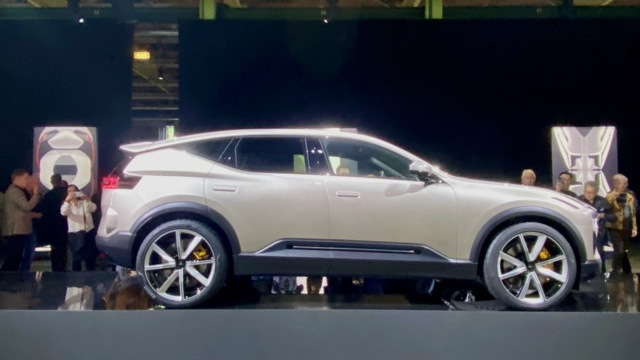 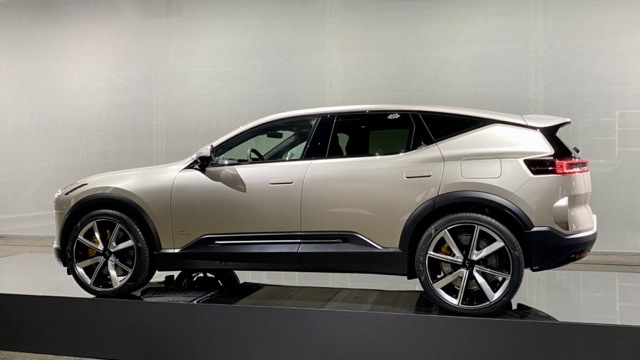 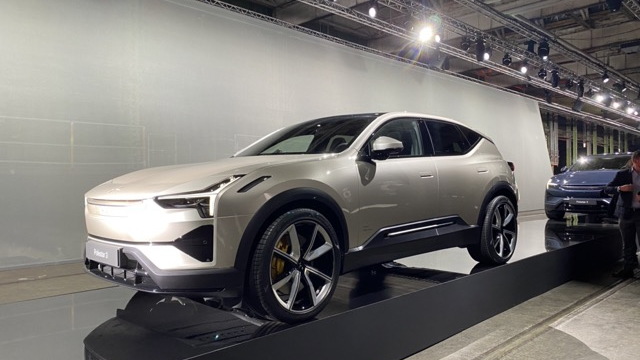 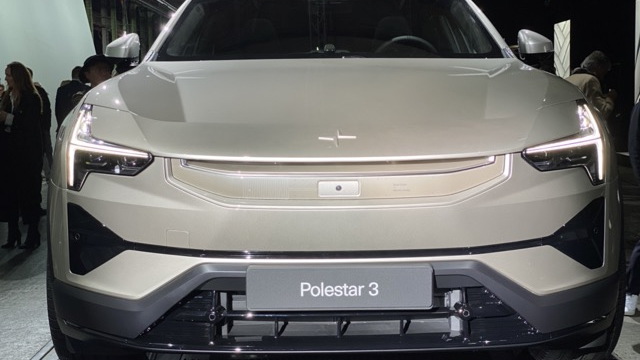 Polestar on Wednesday revealed the 2024 Polestar 3, a vehicle that represents several firsts for the Swedish electric performance brand.

The vehicle is Polestar's first SUV, and its first based on a dedicated EV platform. It's also going to be the first Polestar to be built in the U.S.

The Polestar 3 is a mid-size SUV twinned with Volvo's upcoming electric successor to the XC90, recently confirmed to be called an EX90, and set for its own debut on Nov. 9. Both will be built at Volvo's plant in Charleston, South Carolina, where the Volvo S60 is currently built. Prior to the start of U.S. production, all production will be handled at a plant in Chengdu, China.

While Volvo's EX90 will offer third-row seats, the Polestar 3 sports five seats spread over two rows. The move will help differentiate the Polestar 3 from the EX90, and it has also enabled designers to add a slope to the roof, creating a sleek, fastback appearance.

While the Polestar 1 and Polestar 2 were both originally designed as Volvos, the Polestar 3 is a true Polestar design, with its look first previewed by 2020's Precept concept car, a concept that will spawn a Polestar 5 sedan in 2025. The Polestar 3's design is characterized by a wide, muscular stance and sheet metal that almost looks like it was chiseled from stone. Up front, the headlights are split by a Thor's hammer motif that serve as the daytime running lights. Polestar calls them “dual blade headlights.” 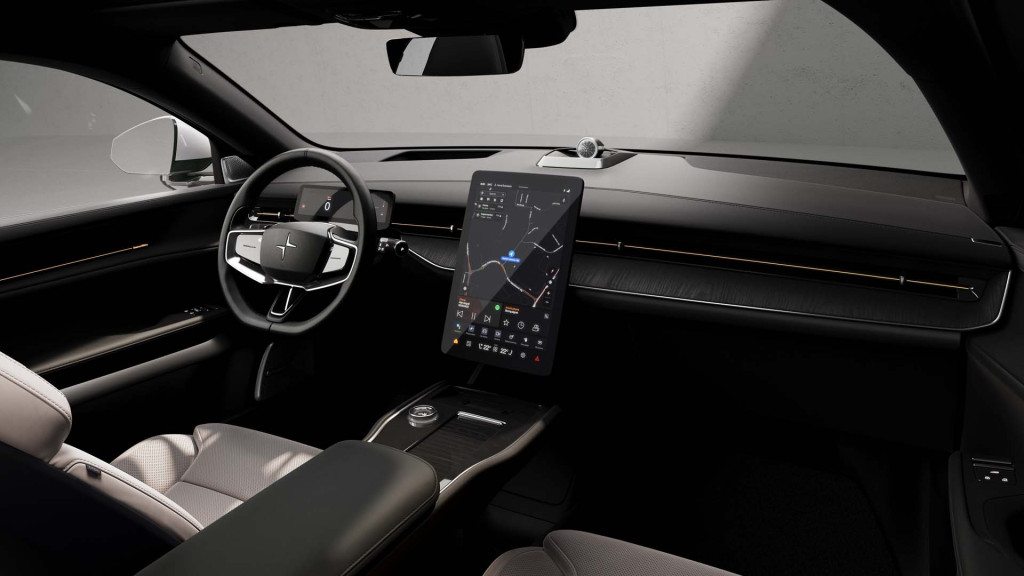 The interior design follows the typical Polestar theme of sparse surfaces for the dash and a large screen, in this case 14.5 inches, running an Android-based infotainment system. The Polestar 3 also has a small screen for the instrument cluster, and materials used in the cabin have been selected for their sustainability aspects, Polestar said. A full-length panoramic glass roof is fitted as standard.

The battery is an 111-kwh unit from CATL, which Polestar estimates will deliver 300 miles of EPA-rated range. To improve efficiency, the rear motor can be switched off. There's also a mechanical heat pump to use ambient heat to help keep the cabin warm and the battery at the optimal temperature in colder climates. Bi-directional charging is also featured, which means you may be able to power your home with your vehicle's battery during a blackout. 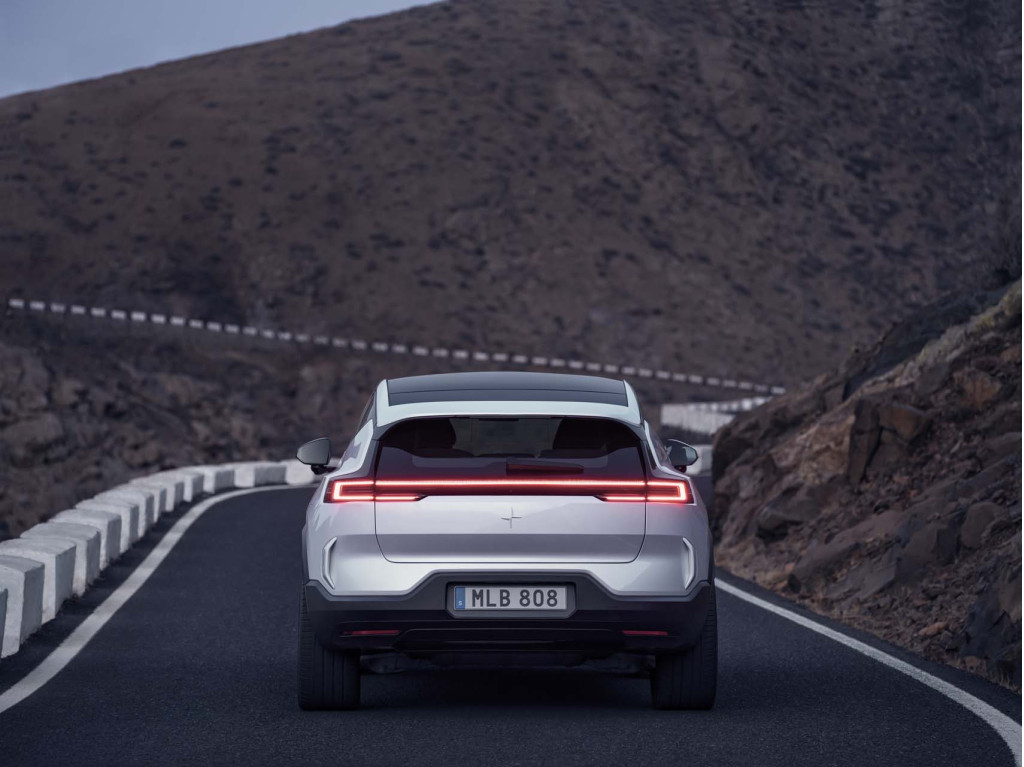 The Polestar 3 will come with air suspension and adaptive dampers with unique Polestar tuning. The suspension will adjust itself to suit the conditions every two milliseconds, Polestar said. There's also a torque vectoring function that can split torque between the rear wheels, which is ideal for cornering.

All Polestar 3s will come with a Plus Pack and Pilot Pack as standard, at least for the first year. These include premium features like a 25-speaker Bowers & Wilkins audio system with 3D surround sound and Dolby Atmos capability, as well as soft-close doors, a heated steering wheel, a head-up display, parking assist, and many more electronic driver-assist features.

A Pilot Pack with extra sensors including lidar will be available to order, though Polestar hasn't said how much it will cost. The lidar will enable advanced driver-assist features Polestar is planning, including eventually a self-driving system for highways. The lidar will come from Luminar, while an Nvidia computer will be used to process its data. 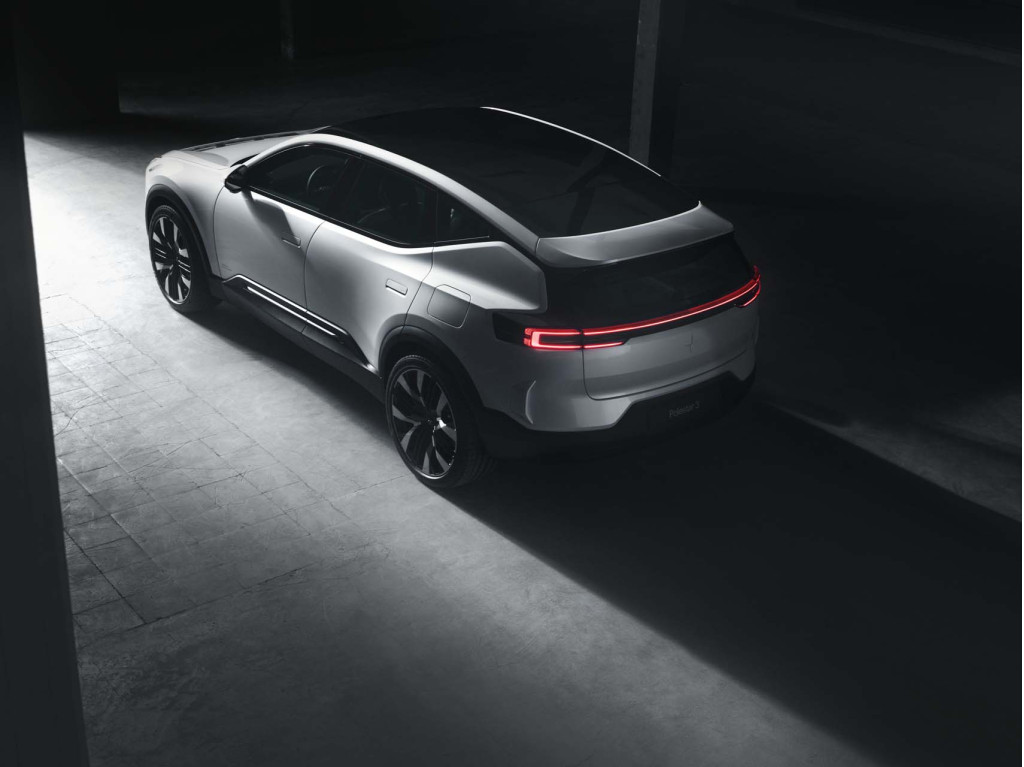 Beyond the Polestar 3, Polestar plans to launch a smaller crossover dubbed the Polestar 4 in 2024, the aforementioned Polestar 5 in 2025, and a Polestar 6 roadster in 2026. The roadster will be the production version of this year's striking O2 concept car.