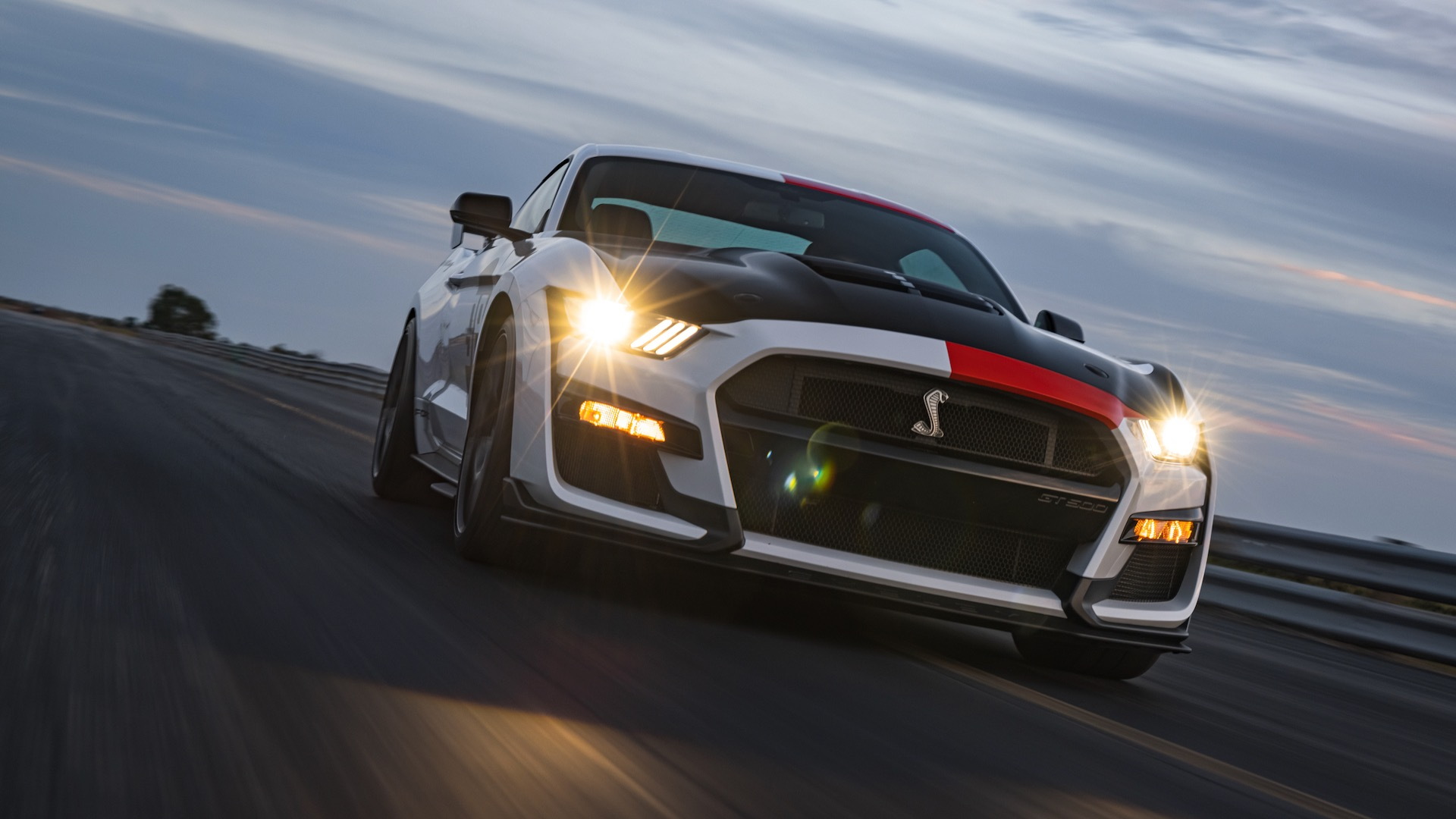 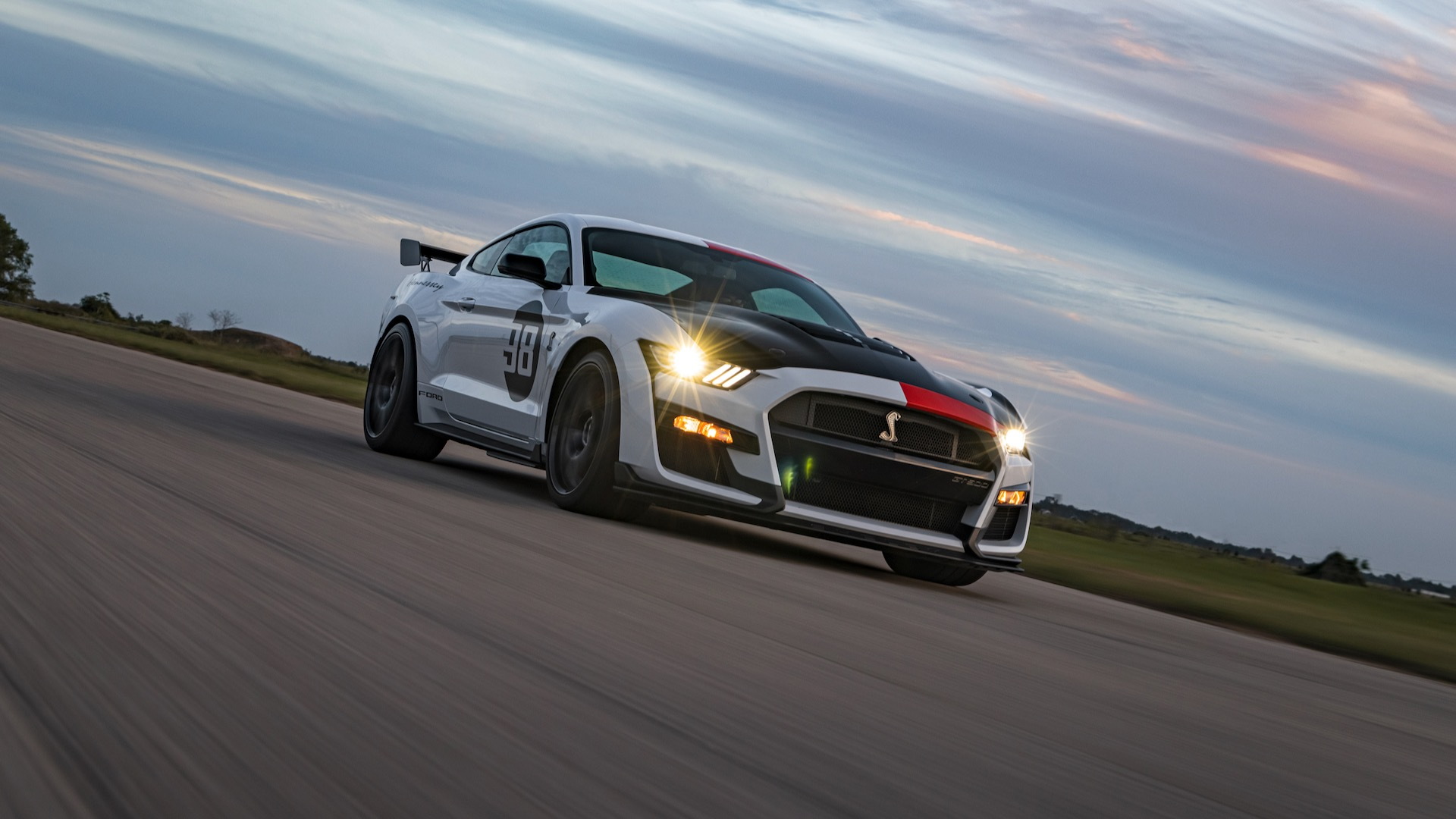 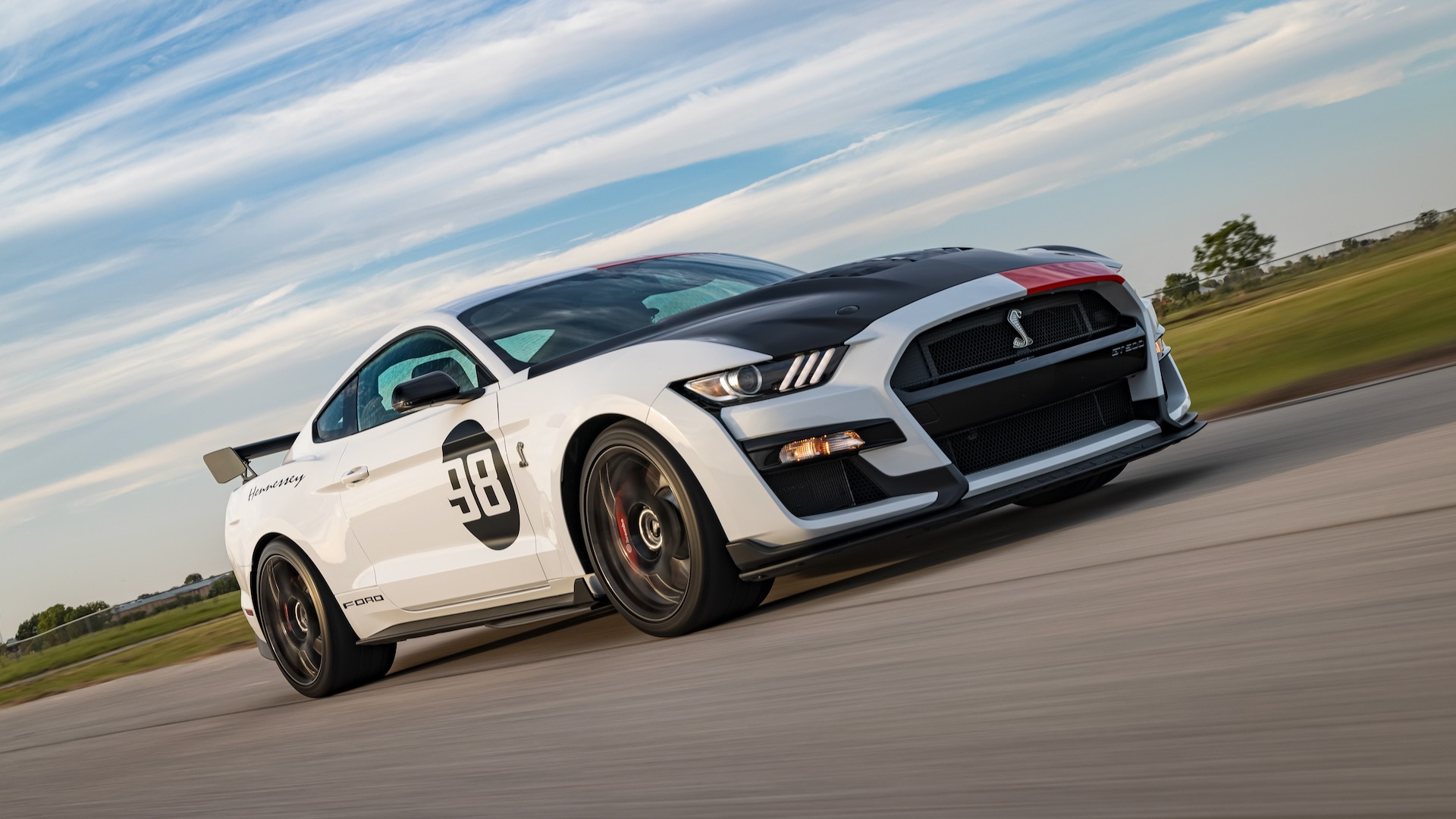 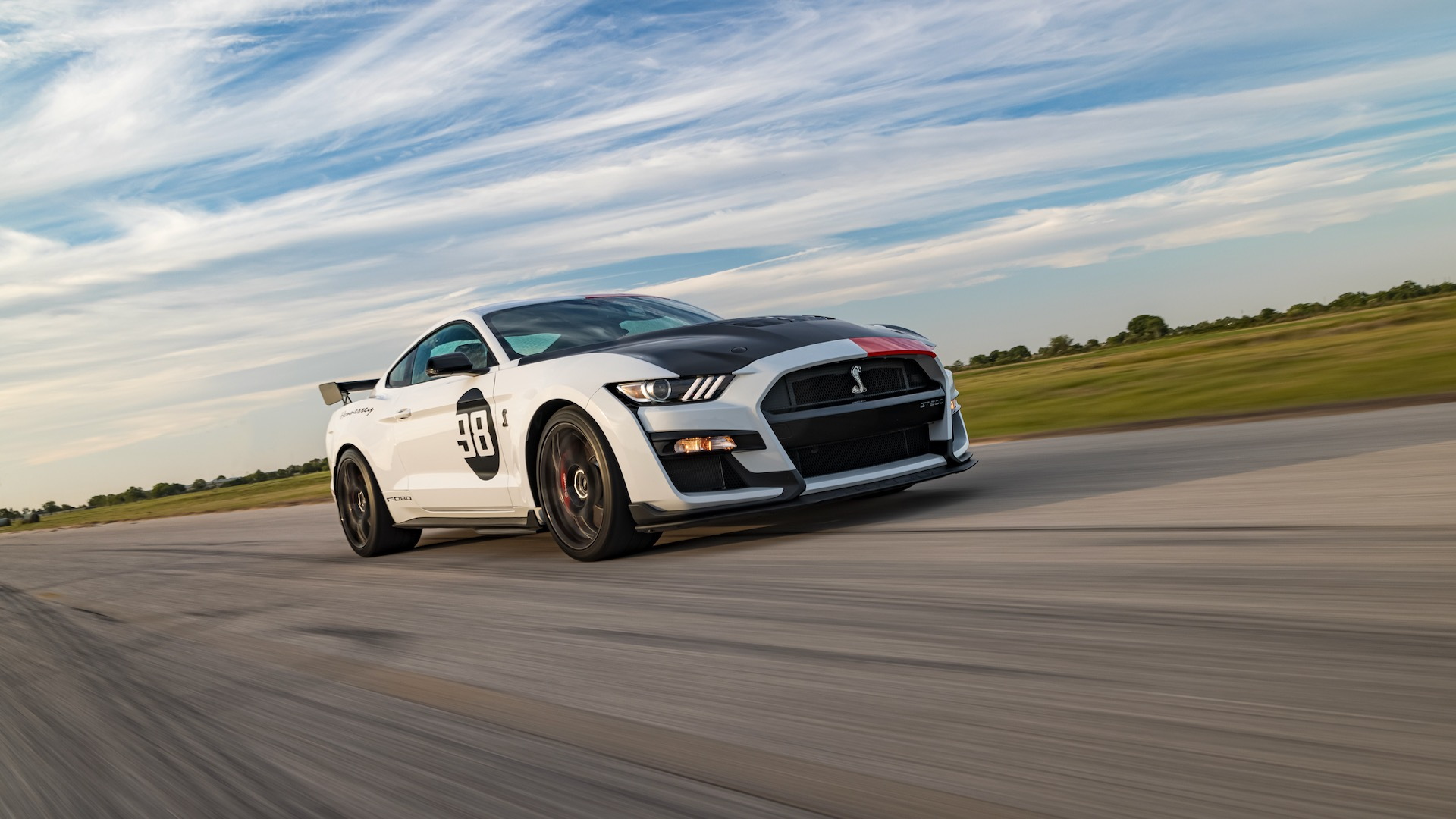 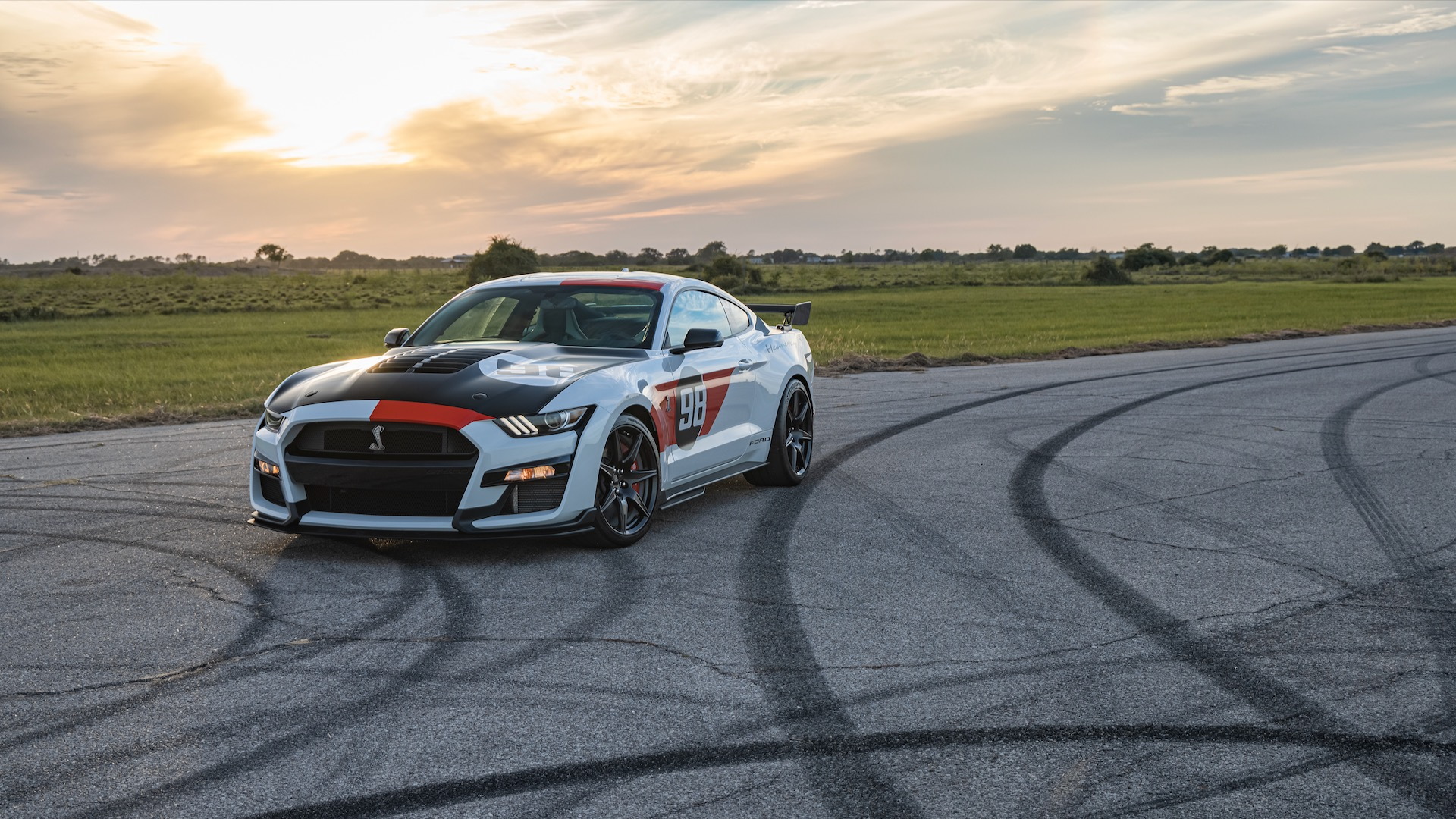 The Ford Mustang Shelby GT500 is the most powerful factory Mustang ever, but that wasn't enough for Texas-based tuner Hennessey Performance.

Power is still sent to the rear wheels through a 7-speed dual-clutch transmission, which gets Hennessey-specific calibration.

Production is limited to 66 units, and the upgrade is priced at $59,950 on top of the price of a donor vehicle. The Mustang loses the Shelby GT500 model for the 2023 model year, the last for the current-generation Mustang, so finding one might be difficult at this point. For an extra $4,950, Hennessey will apply a livery inspired by the 1966 24 Hours of Daytona-winning Ford GT40 Mark II (shown in the accompanying photos).

Hennessey isn't the only tuner offering a four-digit power upgrade for the GT500. Shelby American unveiled its own GT500 Code Red upgrade in August, boasting 1,300 hp and 1,000 lb-ft of torque on E85, or 1,000 hp and 780 lb-ft of torque on regular pump gas, plus a wide-body kit and carbon-fiber bits. But Shelby's version costs $209,995—excluding the cost of the donor GT500. Shelby only plans to build 30 cars, so it will at least be rarer than Hennessey's GT500 upgrade.