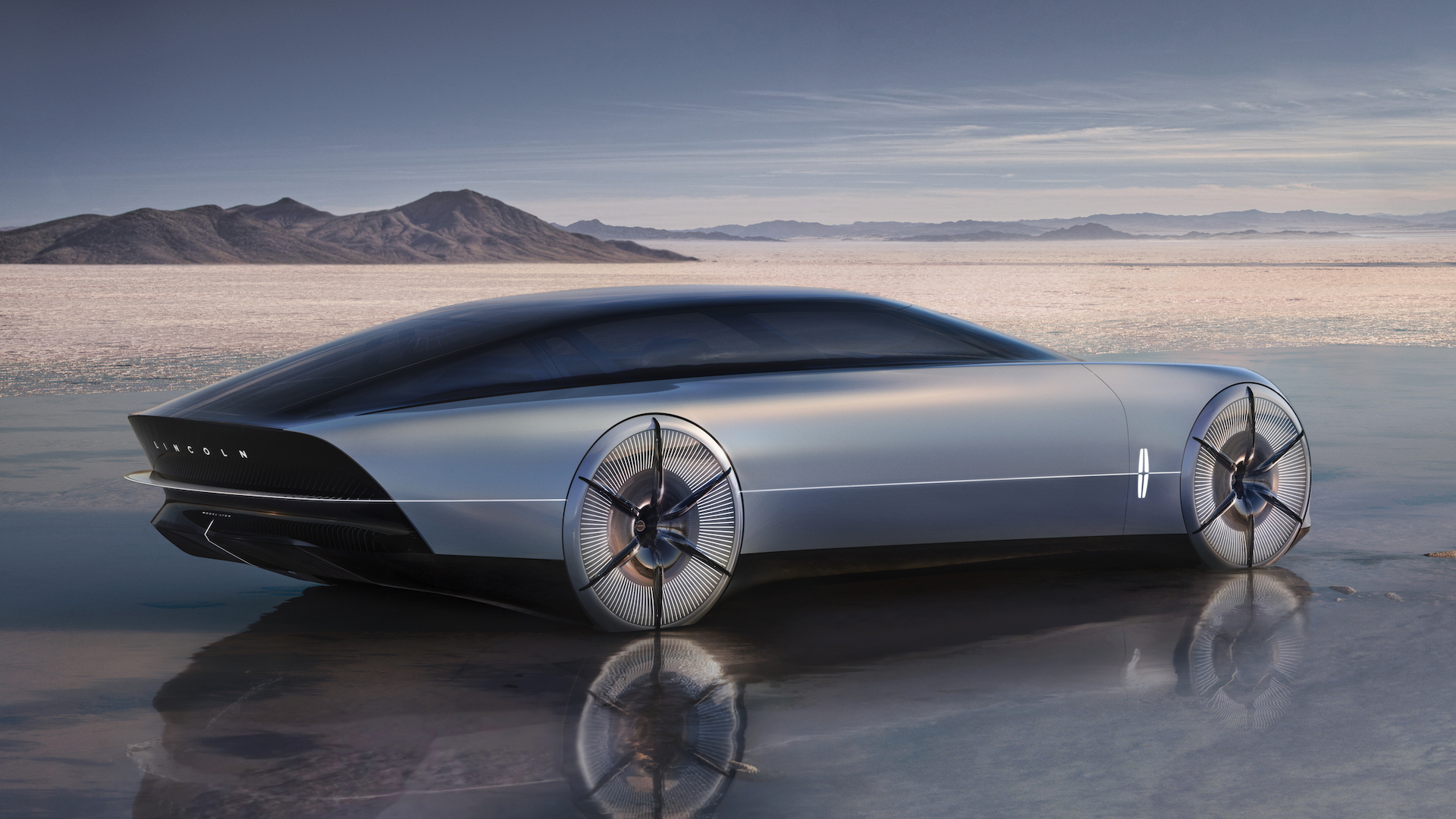 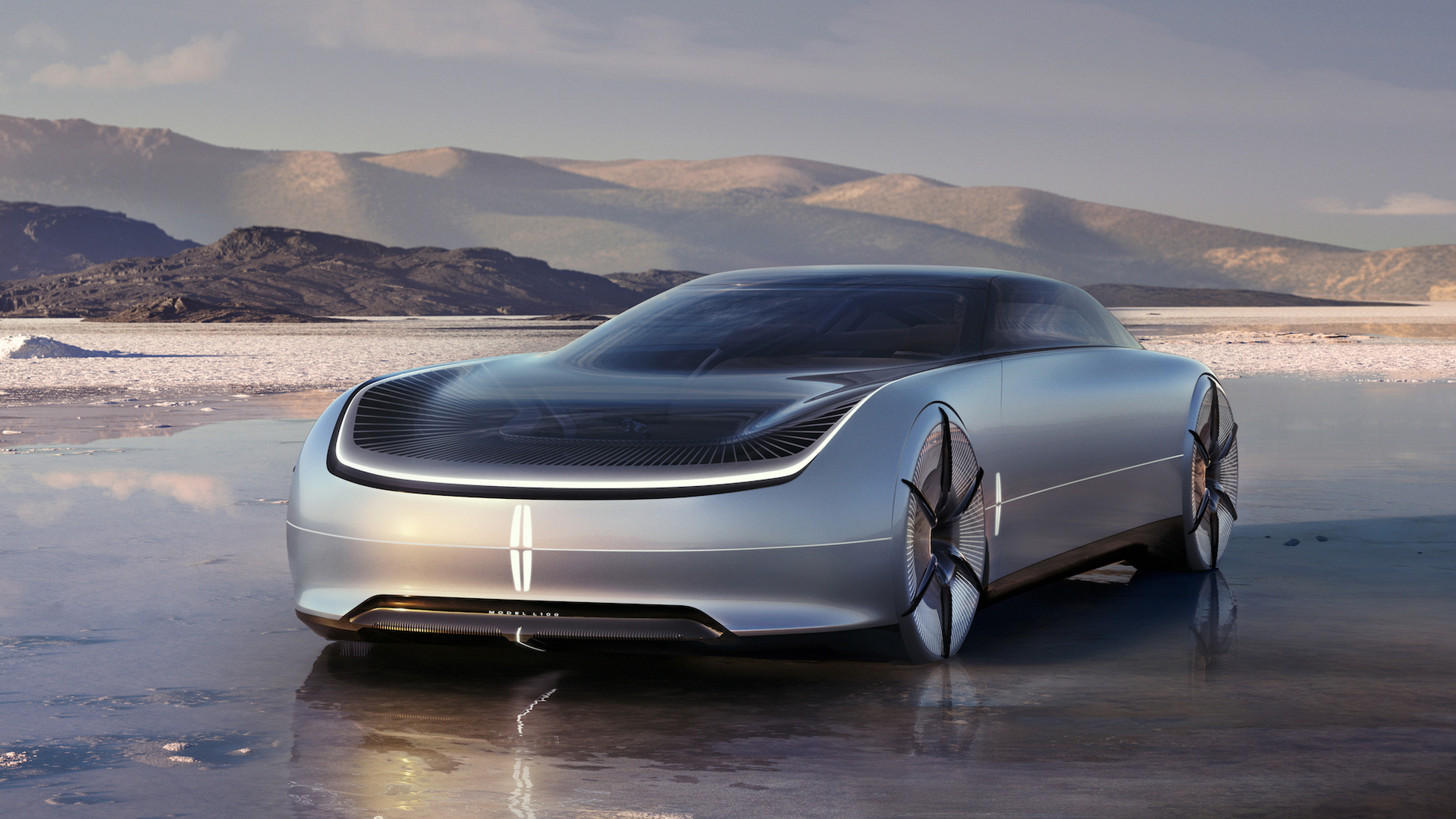 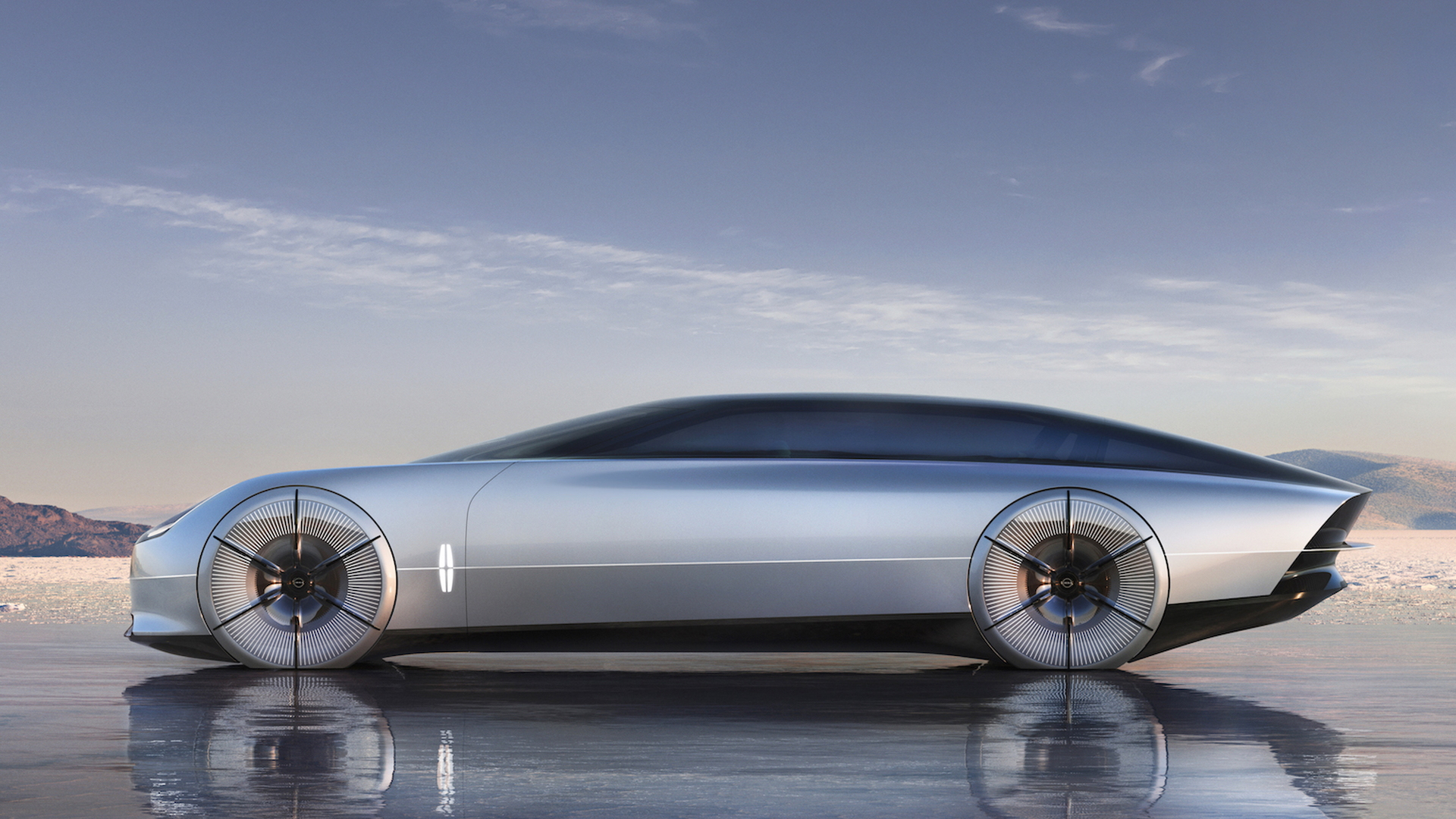 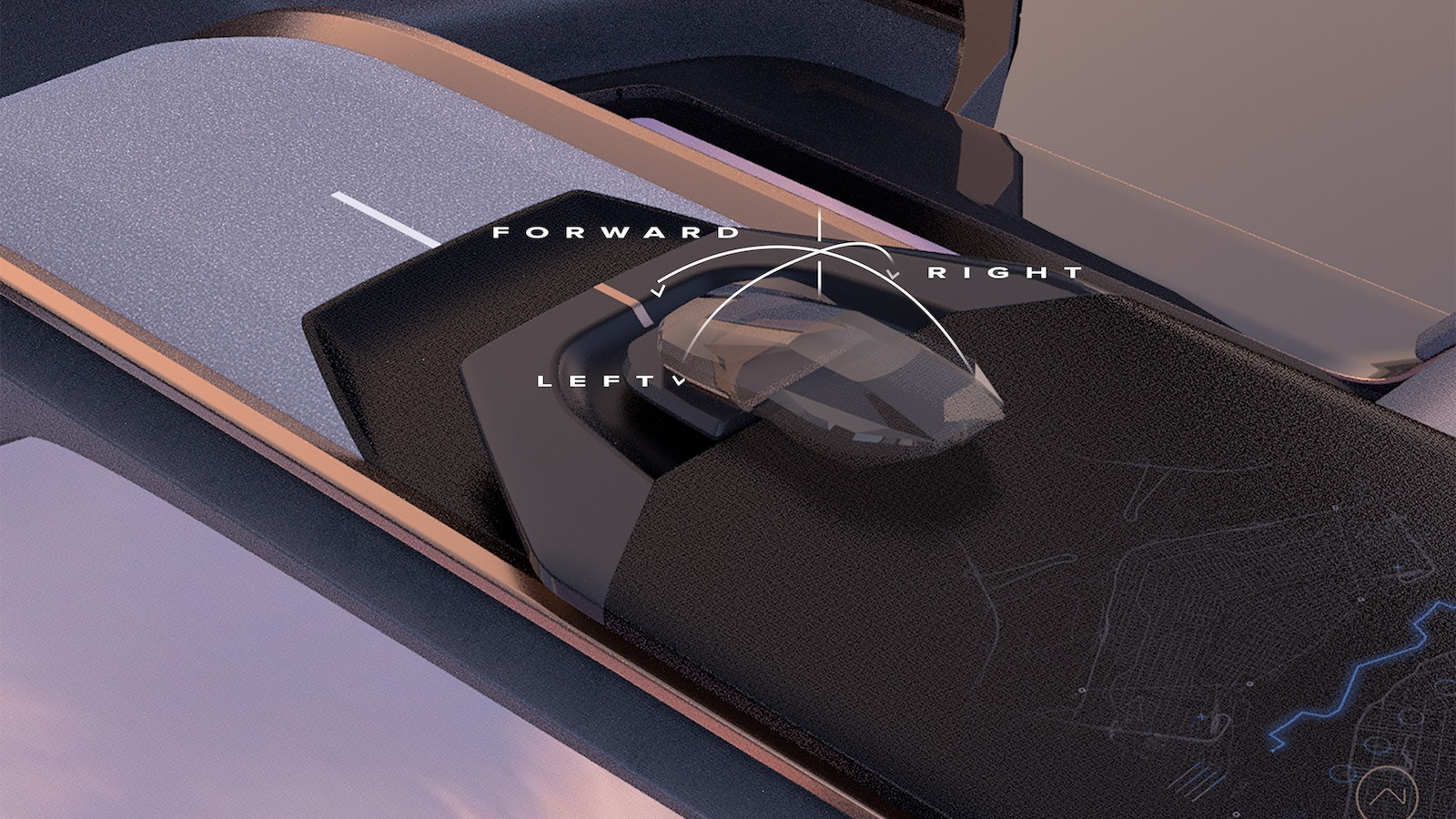 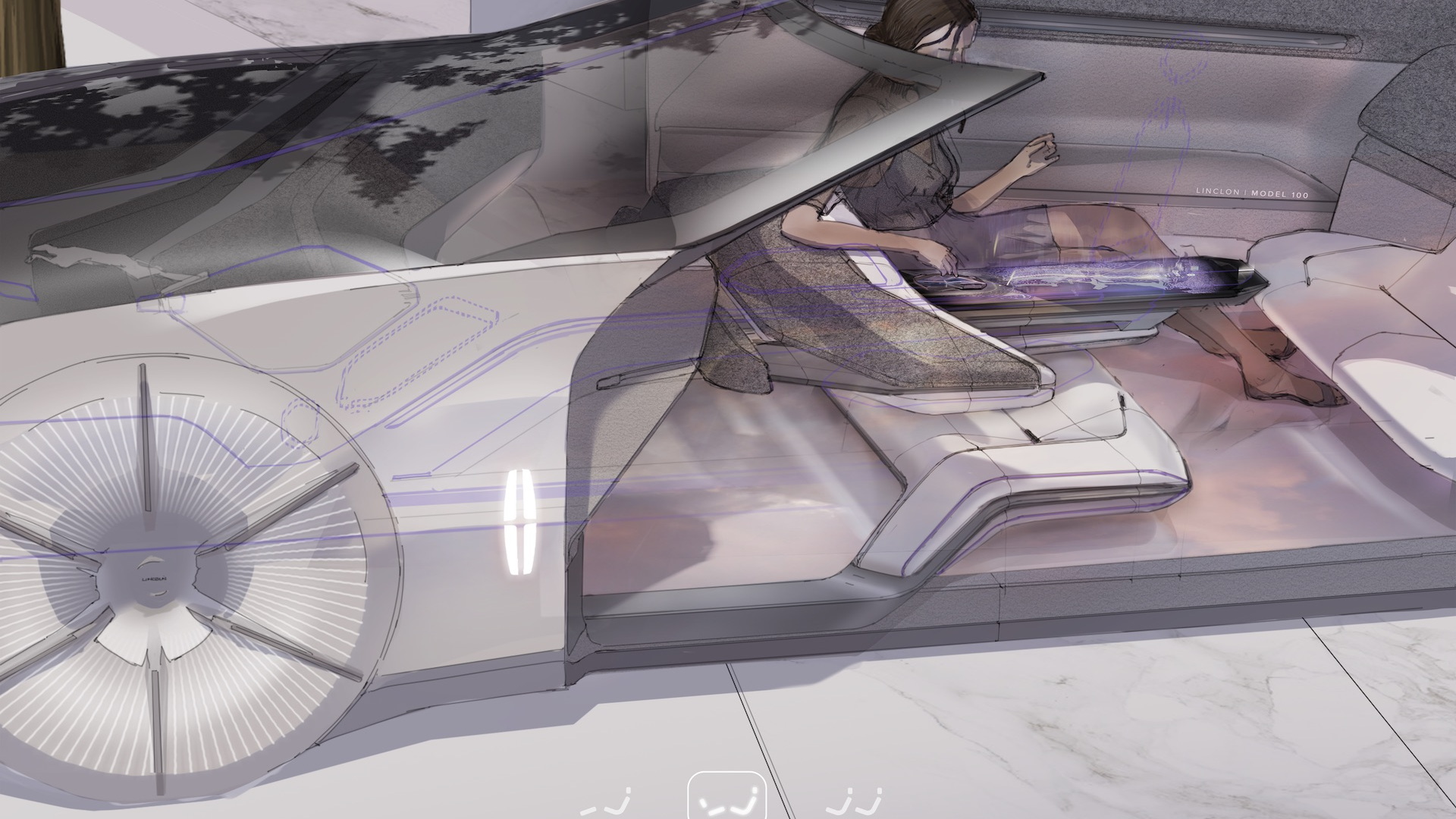 Automakers build concept vehicles that amount to thinly veiled production cars, and then there are concepts that take great risks at predicting the future. The Lincoln Model L100 Concept unveiled at Monterey Car Week on Thursday is certainly among the latter.

Lincoln says the L100 Concept is a signal of the brand's future, with aero-influenced styling, advanced technology, and the socially welcoming interior of an autonomous car. The concept also celebrates the brand's 100th anniversary and is part of Lincoln's display in Pebble Beach as a featured marque during Monterey Car Week.

The L100 Concept imagines an autonomous electric vehicle with next-generation battery cell and pack technologies that Lincoln says will "deliver game changing energy density and enable efficient, structural integration by treating the entire vehicle as a system." Lincoln gave no specs for the battery size, horsepower, or range.

Long, low, and wide, the car's design is stunning, sleek, and futuristic. “The ultimate expression of our Model L100 design is one that moves effortlessly—a vehicle that appears to be sculpted by the wind, as if friction does not exist,” said Kemal Curic, global design director, Lincoln.

An almost nonexistent front overhang leads to a long wheelbase, smooth rounded sides, and long rear overhang with a combination of fastback and ducktail design that Lincoln calls a K-tail. The roof is a continuous bubble top, and aerodynamic covers hide the wheels.

The wheel covers employ lighting and sensors to denote motion, battery life, and human presence. A light strip also encircles the vehicle, while full-width lighting bends in a U shape around the nose. The Lincoln logo and name are also illuminated. When a passenger approaches, the car triggers a light "symphony" that follows them around the vehicle through artificial intelligence system and GPS sensors.

The whole car opens up like a blooming flower. The glass roof opens upward at the front and extremely long rear-hinged doors open wide to make entry and exit easy.

If the look is familiar, the sides and nose are quite similar to those of the Lincoln Star Concept that the brand showed in April as a peek at future electric SUVs.

Inside, the L100 aims to create a welcoming and social environment for passengers riding in an autonomous vehicle. The cabin is built around an interactive center "chessboard" console with a jewel-inspired controller that substitutes for a steering wheel. Three rows of seats allow seating for six, with the second and third rows facing each other.

Lincoln uses recycled suede for the cabin, as well as other animal-free materials. The cabin is trimmed with accents of amethyst, and features a digital floor that choreographs with ambient lighting to welcome and relax passengers.

Lincoln says the L100 concept pays homage to the 1922 Lincoln Model L, which was the brand's first luxury car and the first vehicle built after Ford Motor Company bought Lincoln in 1922. A crystal greyhound figure sculpted to match the original car's hood ornament can be seen through the transparent hood.

Don't expect Lincoln to build the L100 as a production vehicle, and the idea of an autonomous Lincoln is years if not decades away. However, given the look of this concept and the Star Concept, it's likely some of the design elements from these vehicles make it to production in future Lincolns.