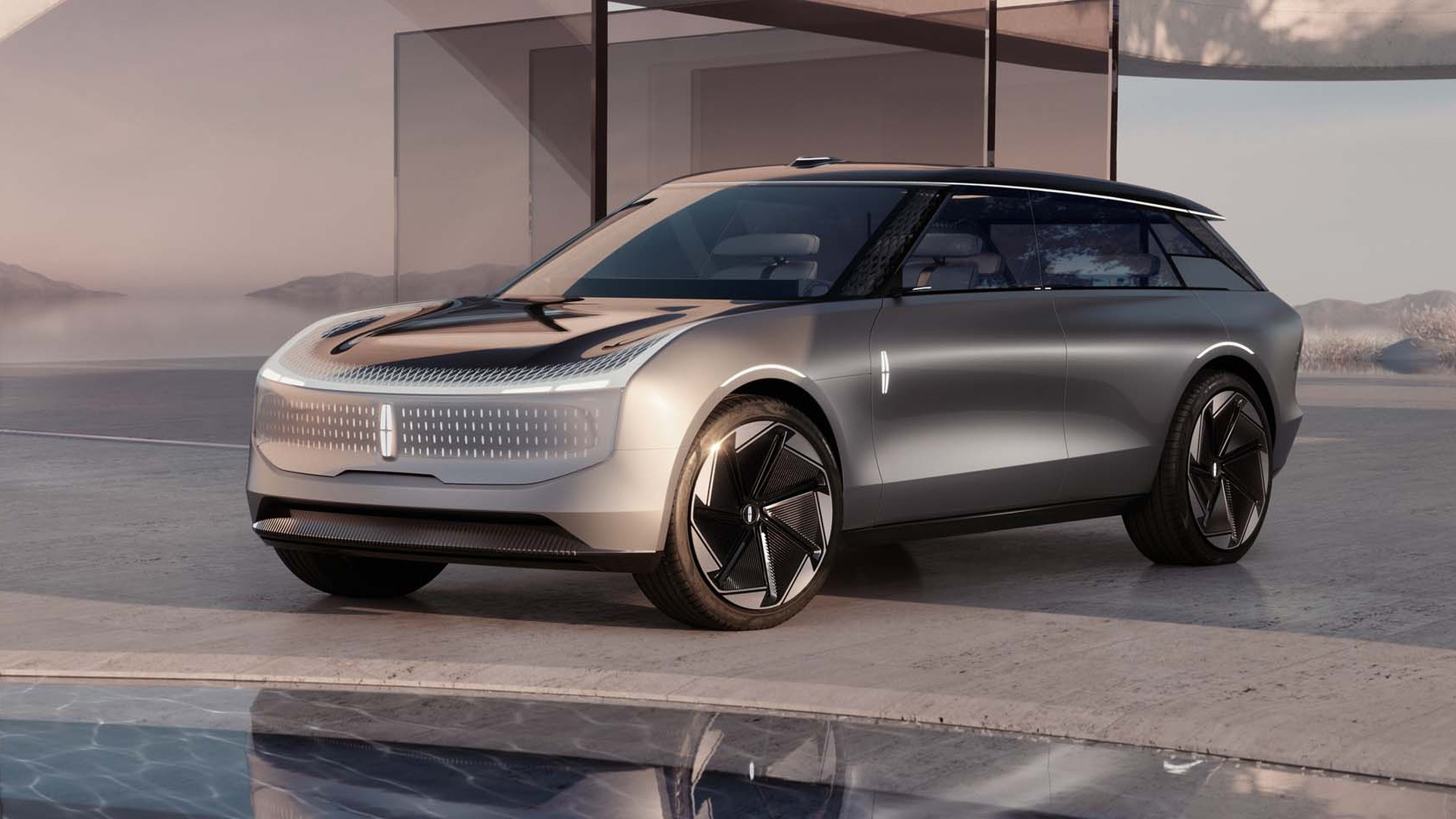 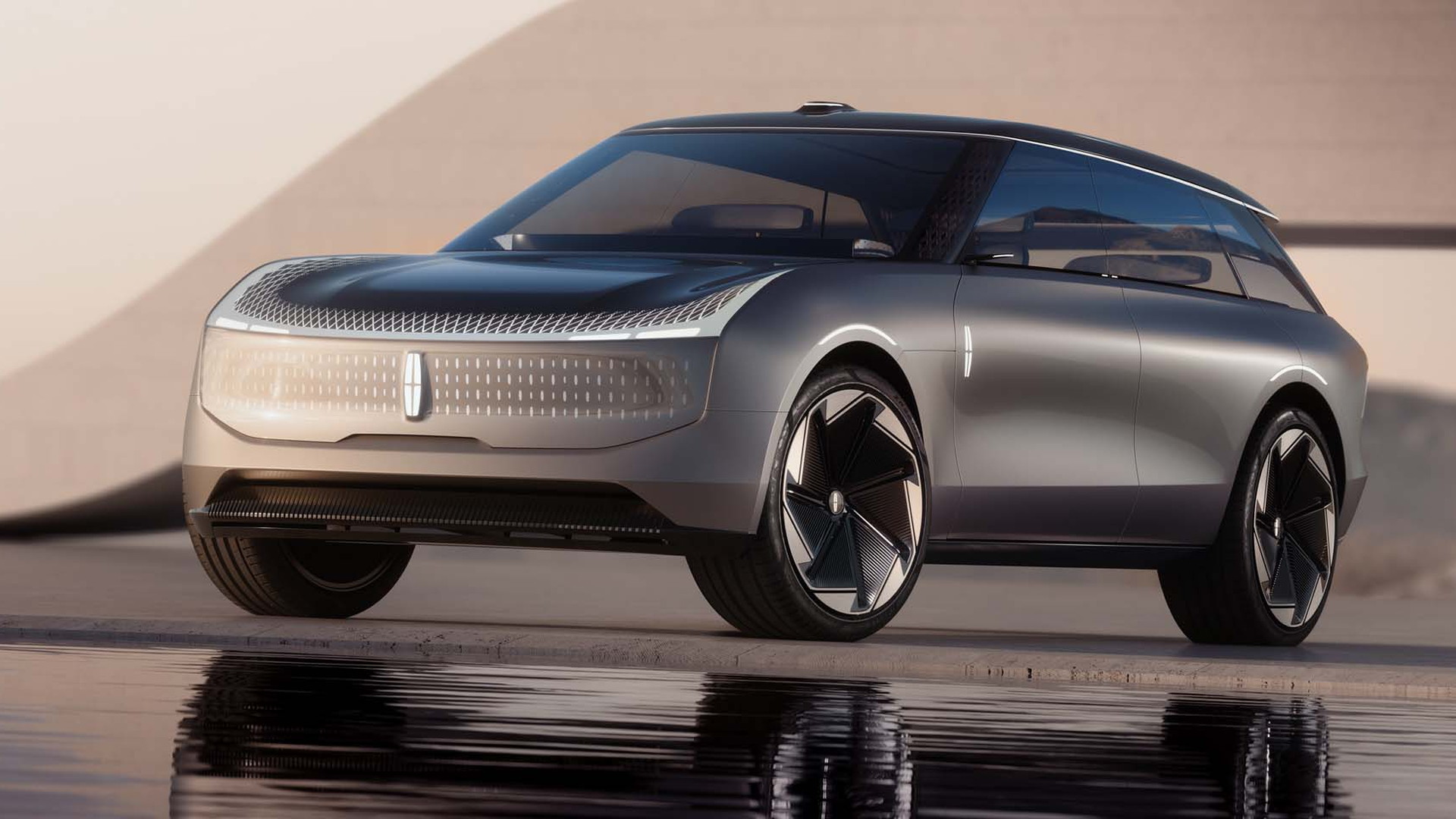 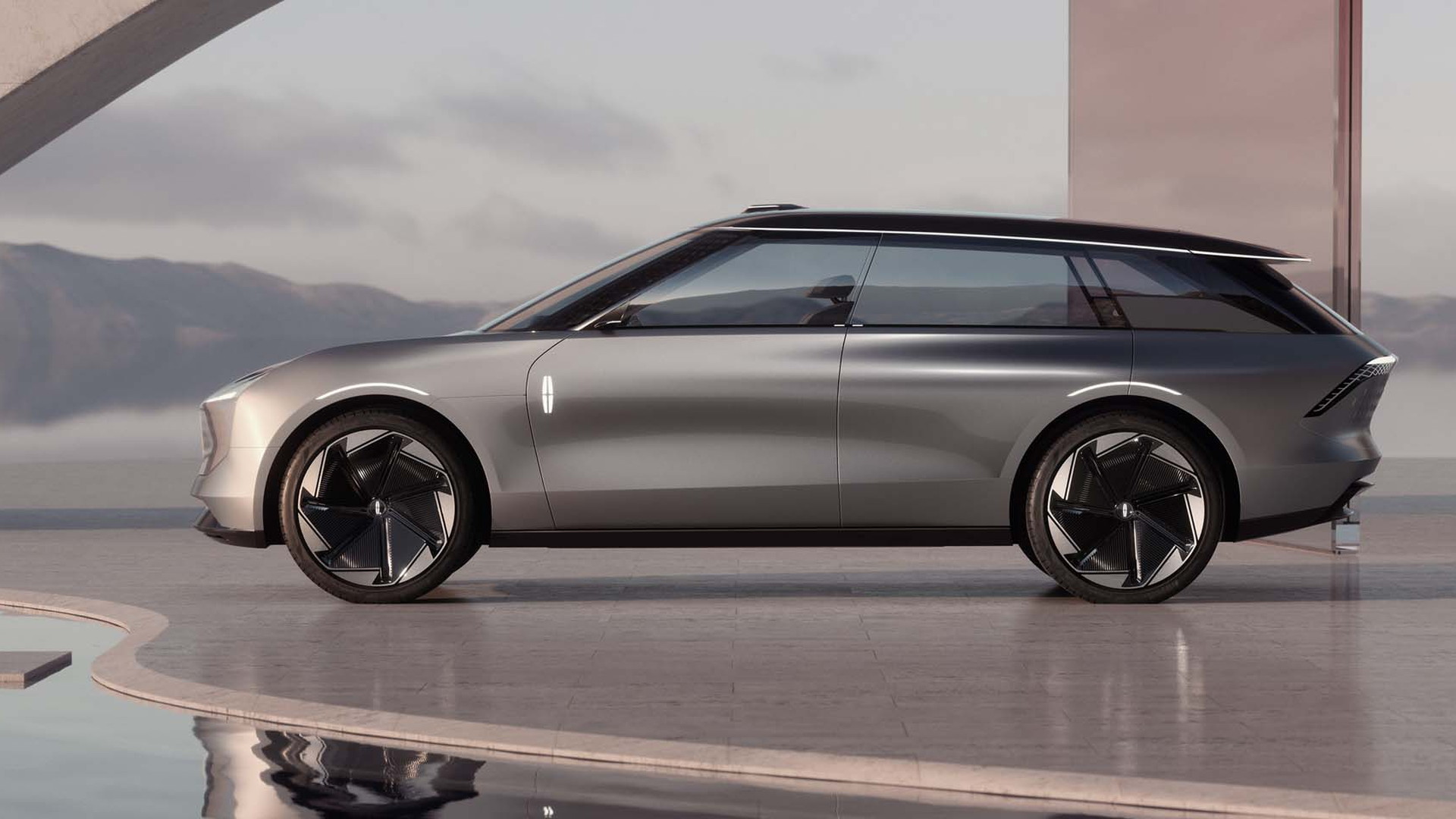 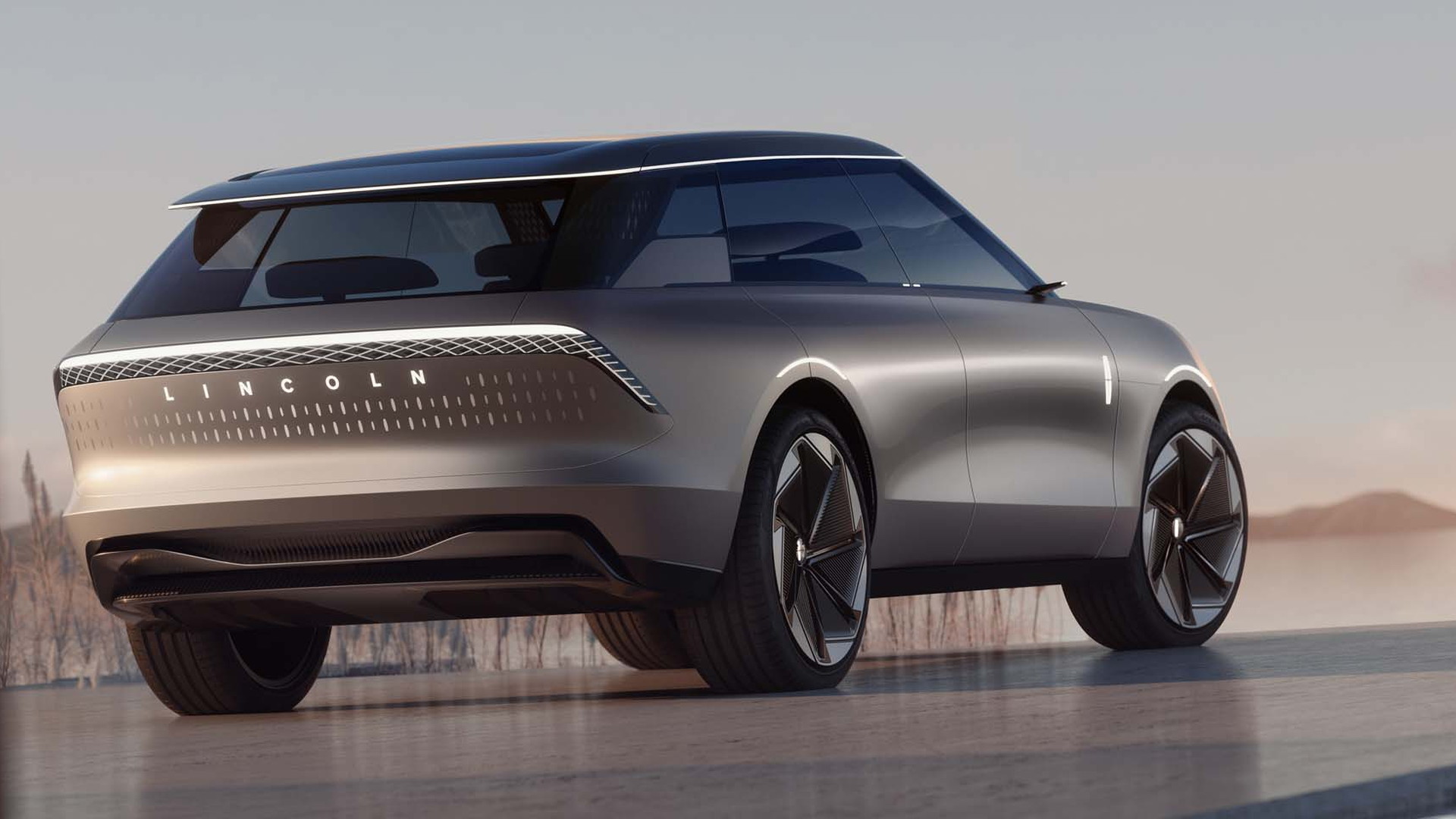 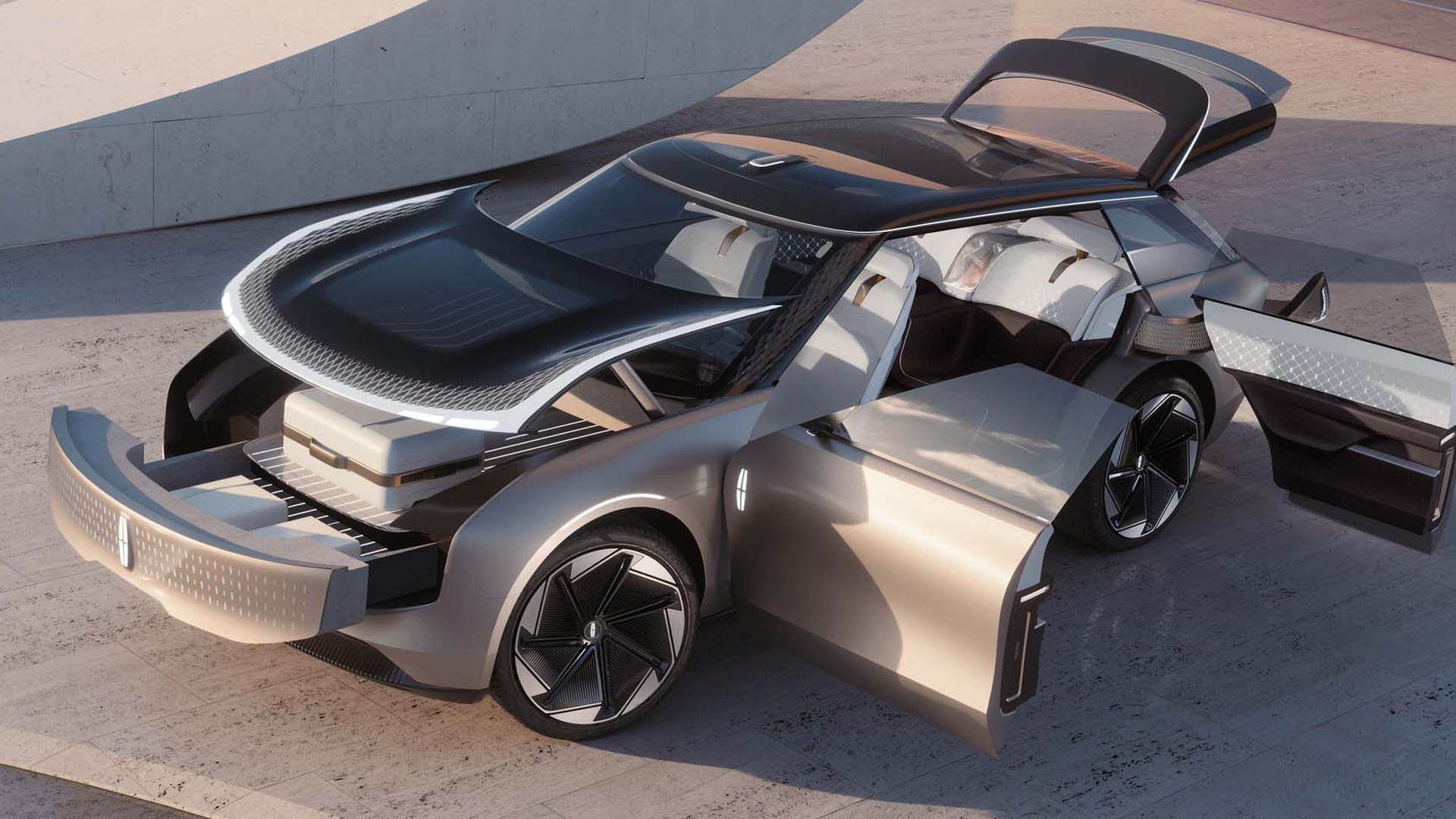 Lincoln is celebrating its centennial this year, but it doesn’t mark the company’s founding. Lincoln was established in 1917, but acquired by Ford in 1922 and that is the anniversary the automaker is choosing to honor. As a part of the ceremonies, Lincoln isn’t just looking back but providing a peek into its future with the Star concept, an electric SUV that it says will be the basis for its electrified lineup going forward.

Lincoln’s EV plans have gone through several twists and turns. At one point, the plan was for Lincoln to develop an SUV based on the Rivian platform, then there were plans for a different SUV based on the existing Ford Mustang Mach-E platform. However, what underpins the Star concept is something entirely different from either of those. Lincoln calls it the “flexible battery electric architecture” because it can accommodate both rear- and all-wheel drive setups. This is one of two EV-specific architectures Ford is developing (the other is for light trucks), and both were announced last year.

Thus far, Lincoln has provided on what sorts of battery technology or motors would power the concept, so we’re still in the dark about what kinds of powertrain upgrades the eventual Lincoln (or Ford) EVs will feature.

Lincoln also didn’t provide exact specifications for the Star concept, calling it more of a “flexible silhouette” than something with a throughline to production dimensions. We saw the concept in person in Los Angeles earlier this week, however, and can confirm it’s on the larger side of the SUV scale, something along the lines of the Aviator. The designers said it could have easily fit three rows of seats if they hadn’t decided to go for a more executive-style two-row route

The Star concept’s styling is a departure from the current Lincoln look, which gives its SUVs a more upright stance with strong character lines running down the sides. This is a much smoother design from all angles, starting with a face insert that gives the concept a wide, flat front. Lincoln designers said that the look of it is a stretched version of the current Lincoln grille, but they could be more creative with the design since cooling needs don’t have to be considered. The logo is simply a cutout behind the surface of the face that’s lit from behind, with small geometric cutouts fan out from the center that allow light patterns to flicker around it. Above it is a wide daytime running light signature that curves up the hood and also hides projector headlamps that activate when needed.

Instead of a flat roof like the current Lincoln lineup, this one cuts down sharply and leaves the high-point at the very front of the greenhouse where a small LIDAR unit is perched. A 3D metallic lattice structure for both the A- and D-pillars makes them see-through from the inside, and the same pattern appears in the single taillight strip that stretches across the width of the vehicle.

Both the front and rear cargo areas of the concept feature unconventional openings. Up front, the lower part of the fascia slides forward, while the hood lifts straight up vertically to grant access to that storage space. In the rear, the bottom half of the rear drops outward to provide a seat for two to enjoy the outdoors, while the top portion lifts up like a conventional liftgate.

This new platform also allows for greater design flexibility and features like the one found on the hood. It is made from electro-chromatic glass that can flip from transparent to dark. While driving, it turns clear to allow light to shine into the front foot wells since there isn’t a traditional firewall. When stopped, the glass darkens to hide items that might be stored up there.

Though the vehicle on display didn’t have a functional interior, the images Lincoln shared show a wide “coast to coast” touchscreen display that sits atop the dashboard. This feature feels very similar to the setup first shown in the Ford Evos that debuted in Shanghai last year with an ultra-wide display of its own, though that combined a 12.3-inch cluster display and a 27-inch widescreen, while the Lincoln setup seems to be a single seamless display. There are a pair of displays for backseat passengers as well and a briefcase that can be used to store a laptop. The laptop pairs with the screens to show updates from the computer, turning the back seat into a mobile workstation.

The interior will also feature more sustainable materials and leather/chrome alternatives, along with three rejuvenation moods that use the screens, ambient lighting, and an interior scent to set the ambiance: Coastal Morning, Mindful Vitality, and Evening Chill.

Exactly how much of the Star concept will make it to production is hard to say with Lincoln’s exact plans still operating on very vague timelines. The company said it expects half of its sales to be EVs by mid-decade, but didn’t offer any more details on when those EVs might emerge other than that it will introduce three fully electric vehicles by 2025, with a fourth coming in 2026. Lincoln also declined to state when the first of those vehicles might arrive or if it will be on this new platform, so it’s still hard to predict when the first of those may arrive.