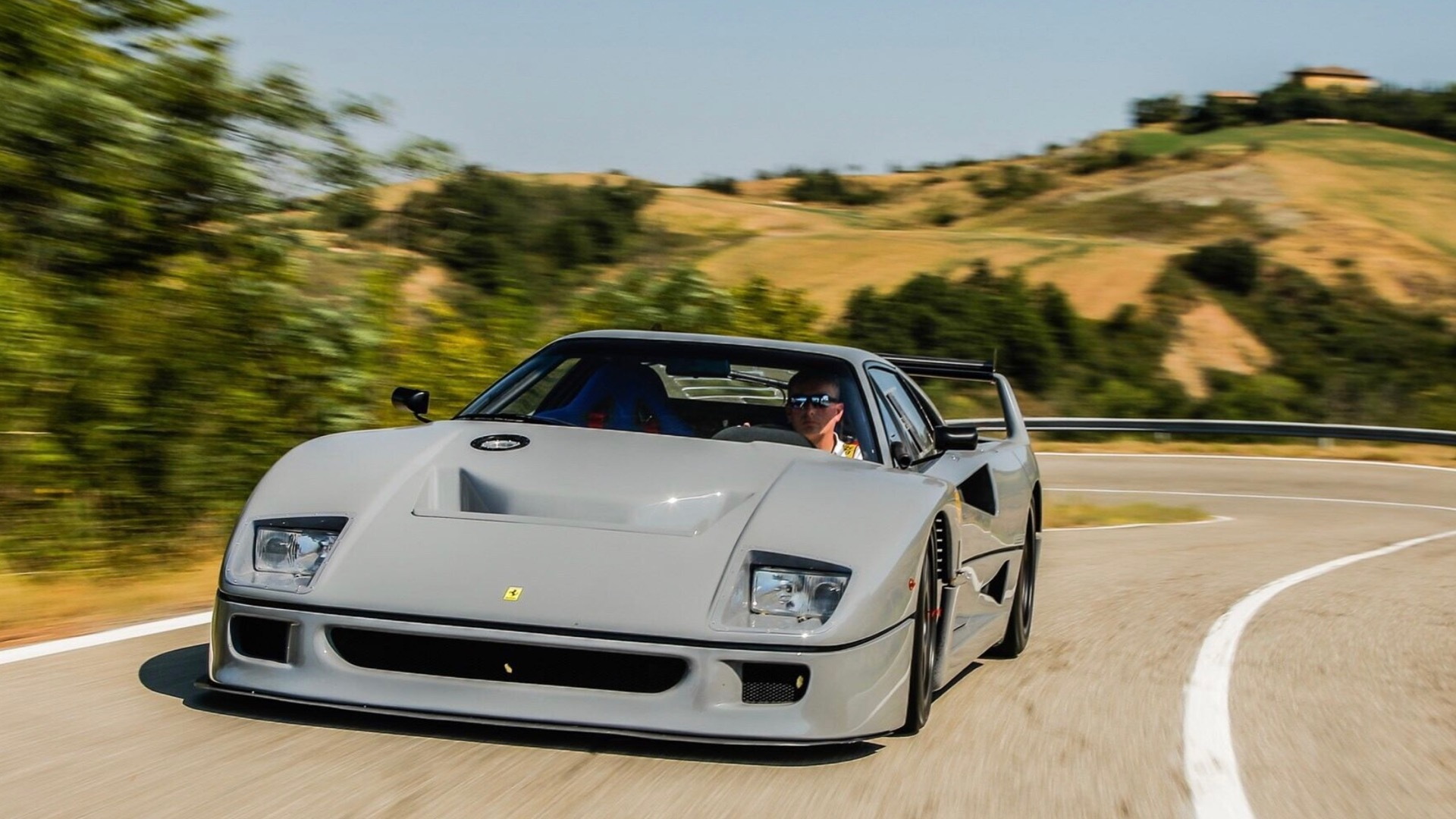 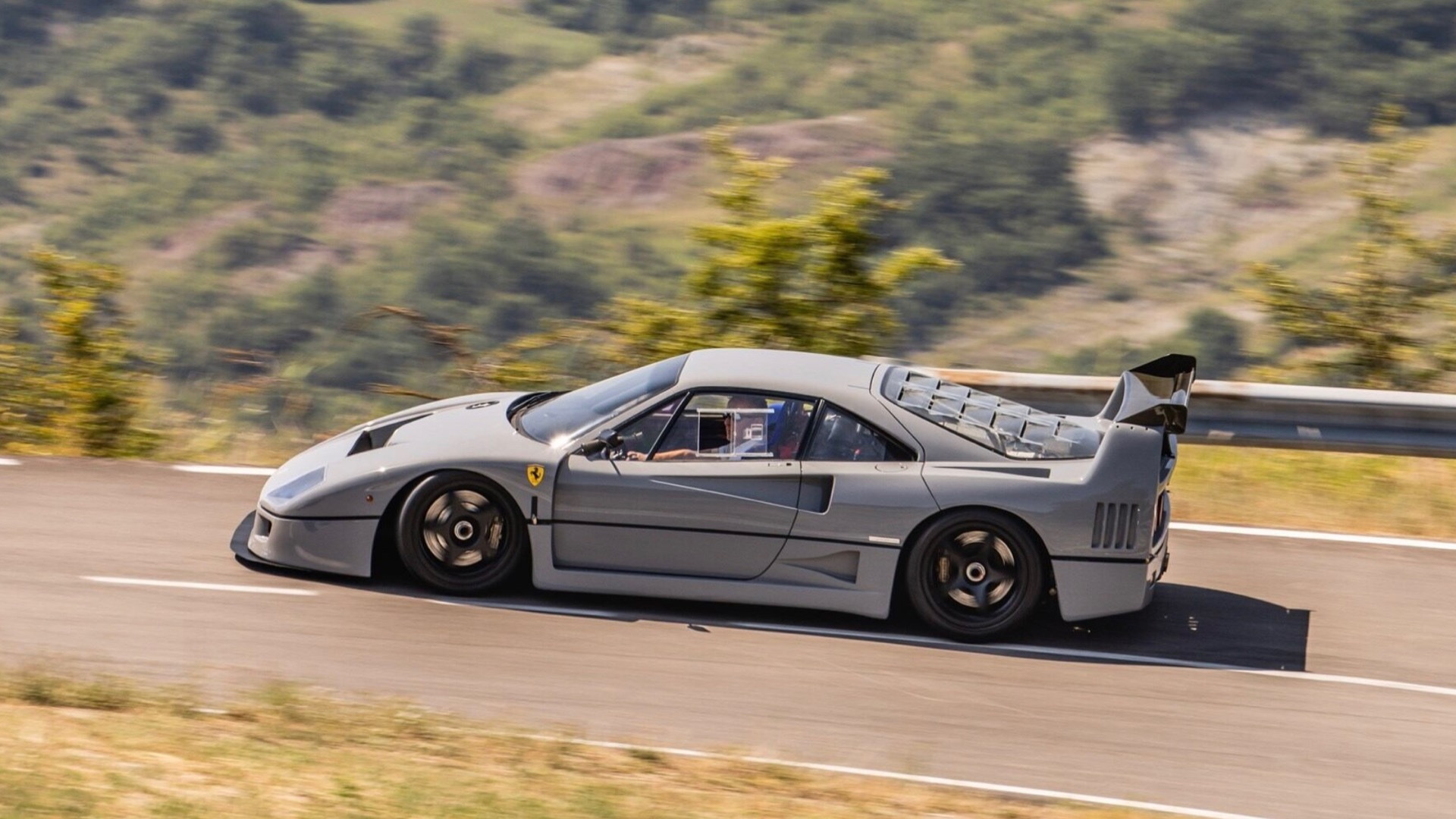 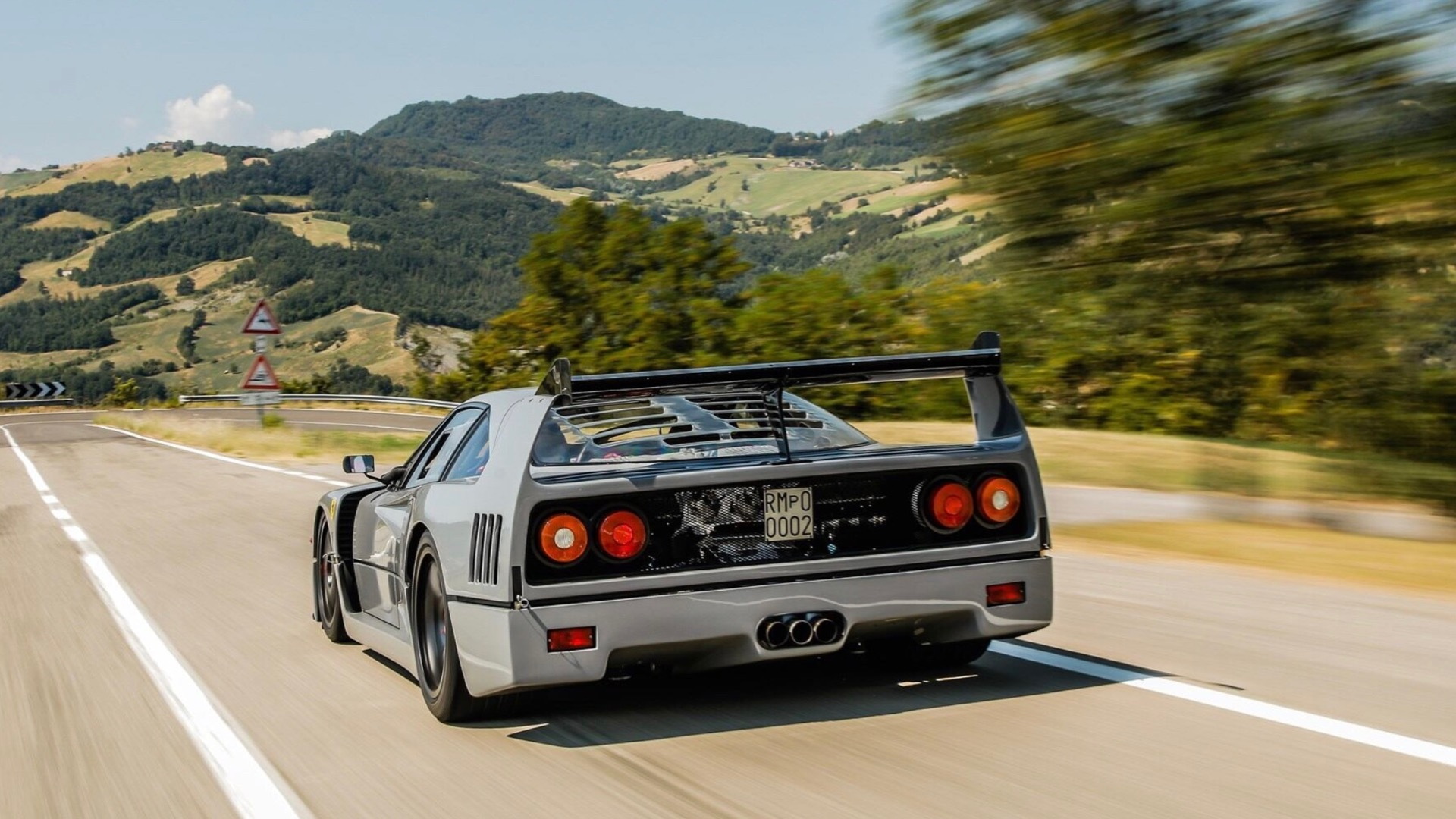 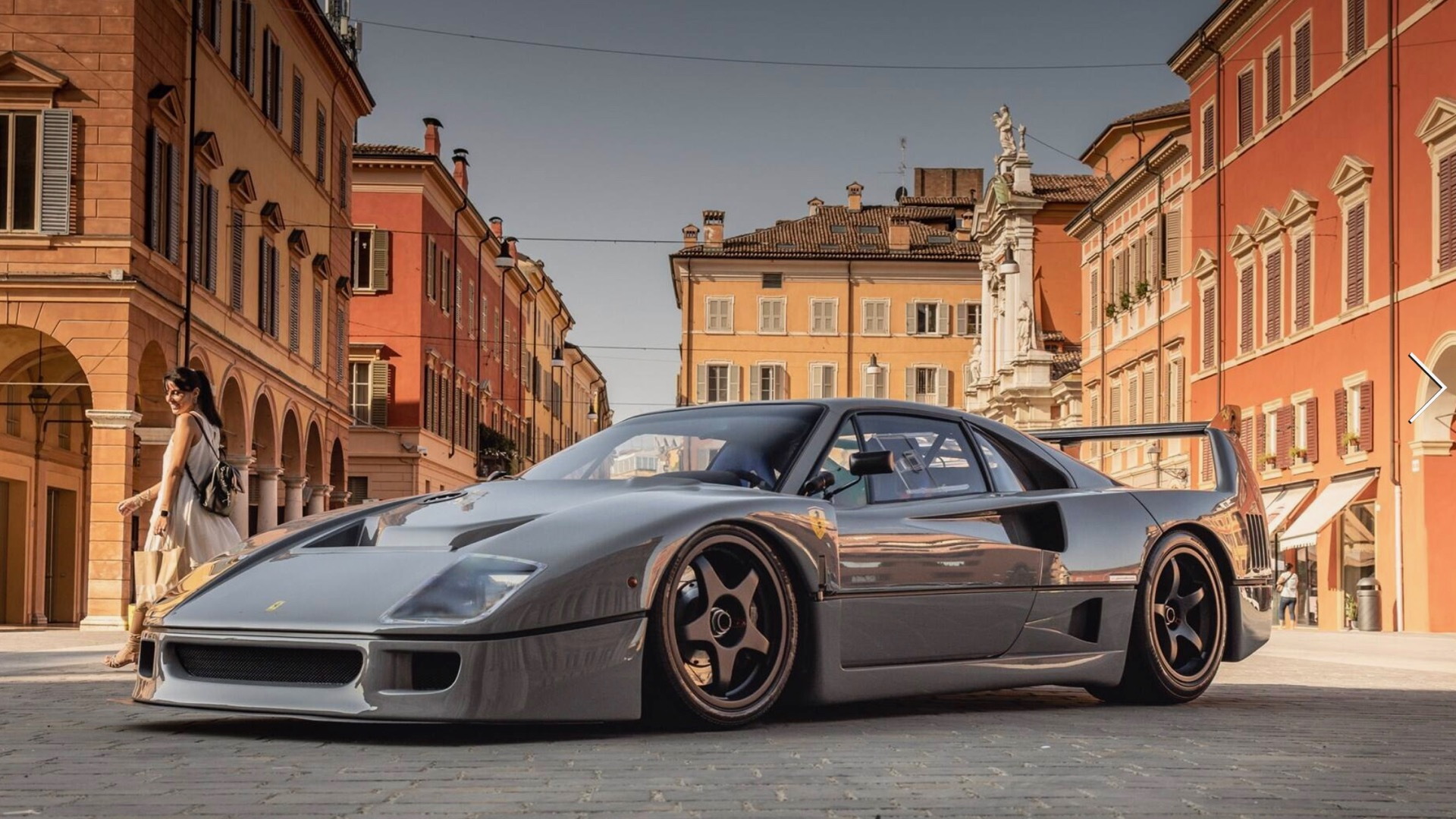 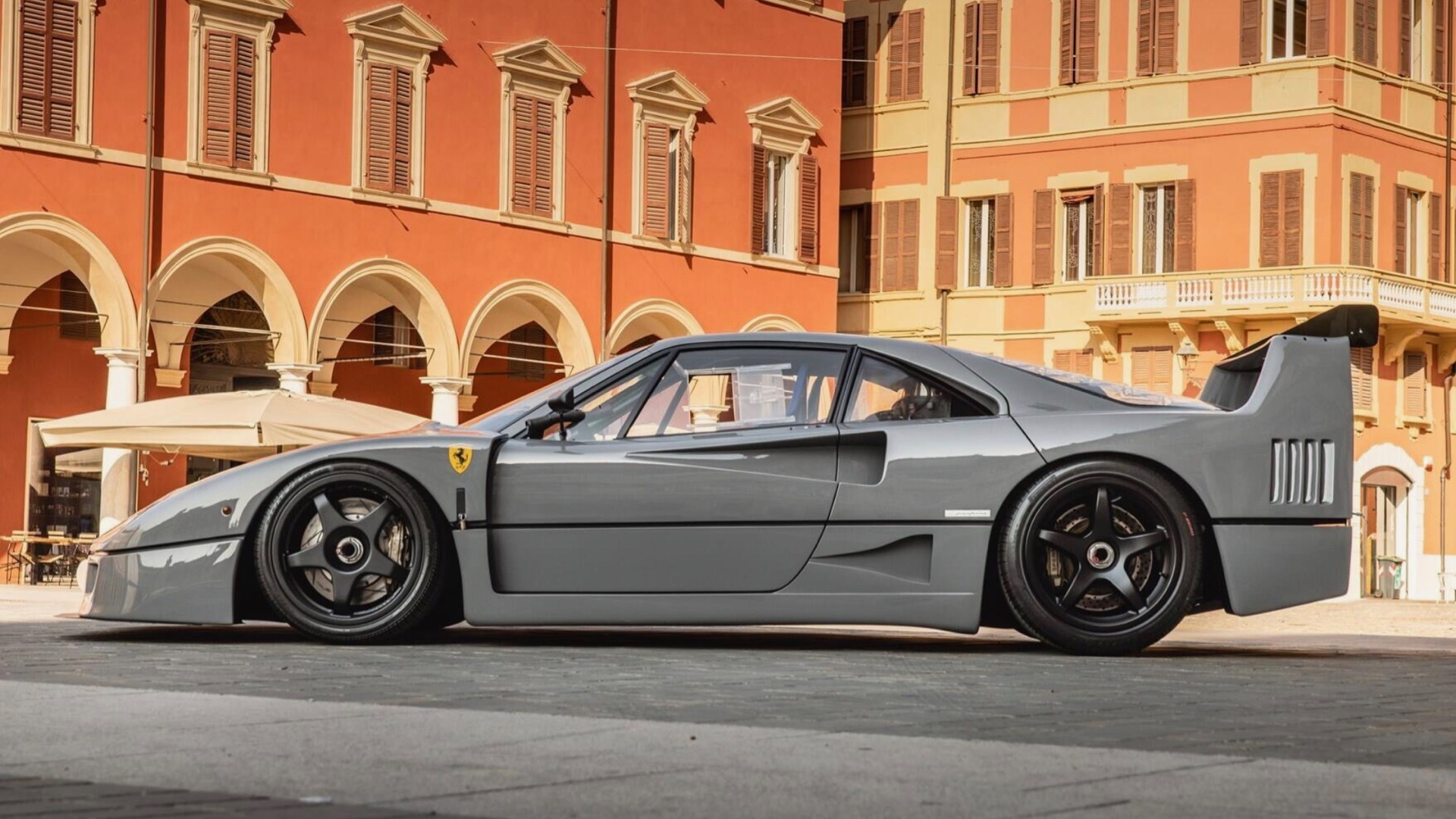 Ferrari has taken many of its road cars racing, but the F40 wasn't one of them. While the factory never raced the 1980s icon, this 1989 Ferrari F40 "Competizione" available for private sale via RM Sotheby's is an example of the many privateer F40 race cars that appeared over the years.

This car—chassis number 80782—left the Ferrari factory as a road car in November 1989, and was shipped to Kroymans BV, the official Ferrari importer for the Netherlands, according to the auction listing. It was converted into a race car three years later by Peter van Erp of Cavallino Tuning, the racing arm of Kroymans BV.

This marked the beginning of a competition career that would last until 2009, with the F40 steadily accumulating more modifications throughout. That started with Intracks racing shocks, Stack instruments, new brakes, and some changes to the bodywork. A roll hoop and air jacks were added in 1995.

The twin-turbo 2.9-liter V-8 engine was initially left stock, but at some point it got upgraded. The listing claims it now produces between 700 and 1,000 hp (depending on setup), a big step up from the stock 471 hp. Even the stock rating was enough to get the stock F40 to 200 mph—making it the world's fastest production car when it debuted in 1987—although turbo lag meant a Buick GNX could beat it in the quarter mile.

Despite a lifetime on the track, this F40 appears pretty fresh. A previous owner commissioned a mechanical servicing in 2019, including crack testing the suspension and fitting a new fire extinguisher and fuel tanks. The current owner recently had the car cosmetically restored, which involved complete disassembly and repainting into its current Grigio Nardo (gray) color.

RM Sotheby's didn't publish a pre-auction estimate, but don't expect this F40's modified state to affect its hammer price. A wrecked F40 rebuilt and modified on the Discover Channel show "Fast N' Loud" sold for $742,500 in 2014, and this example has a genuine racing pedigree to justify its modifications.