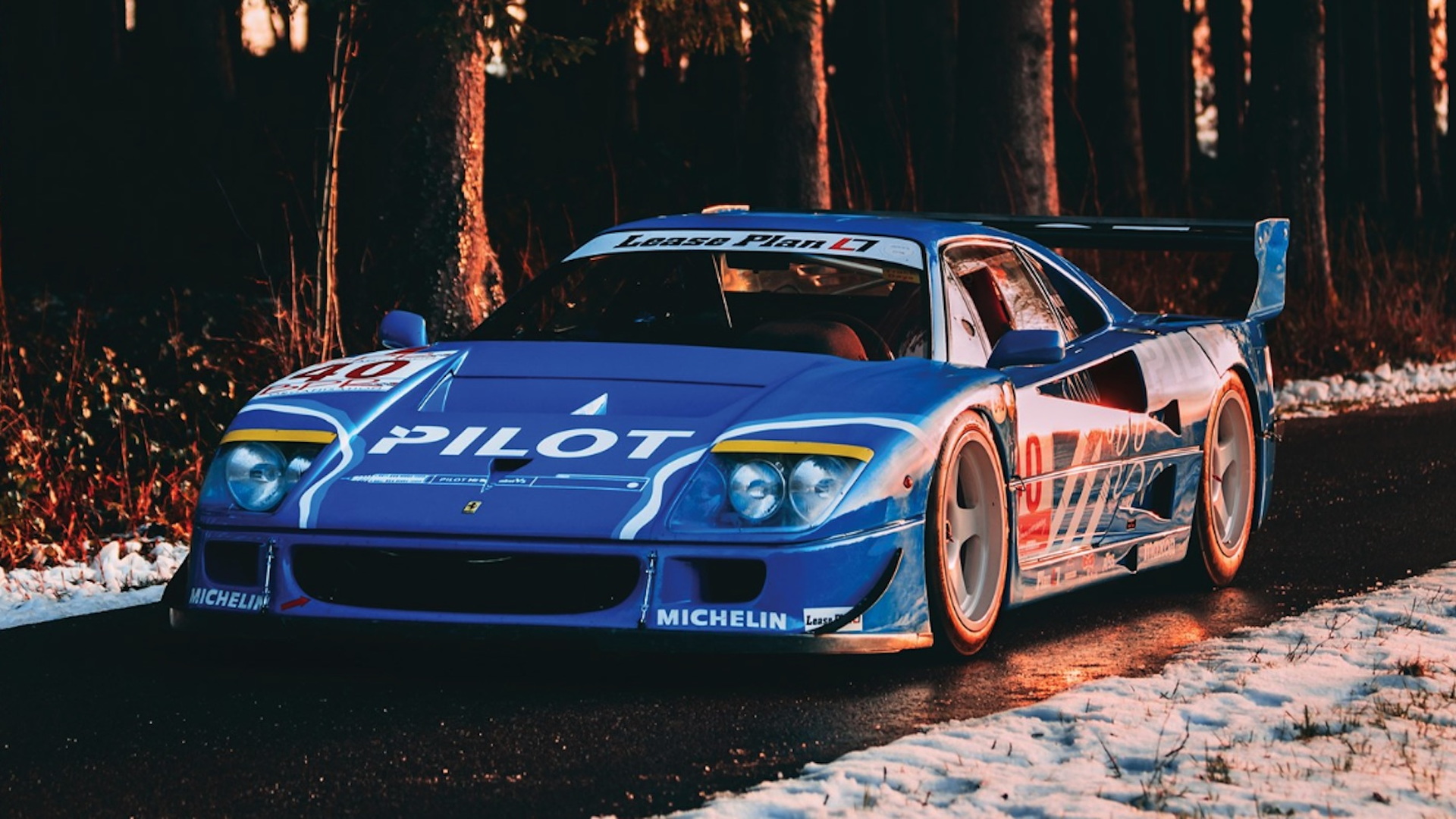 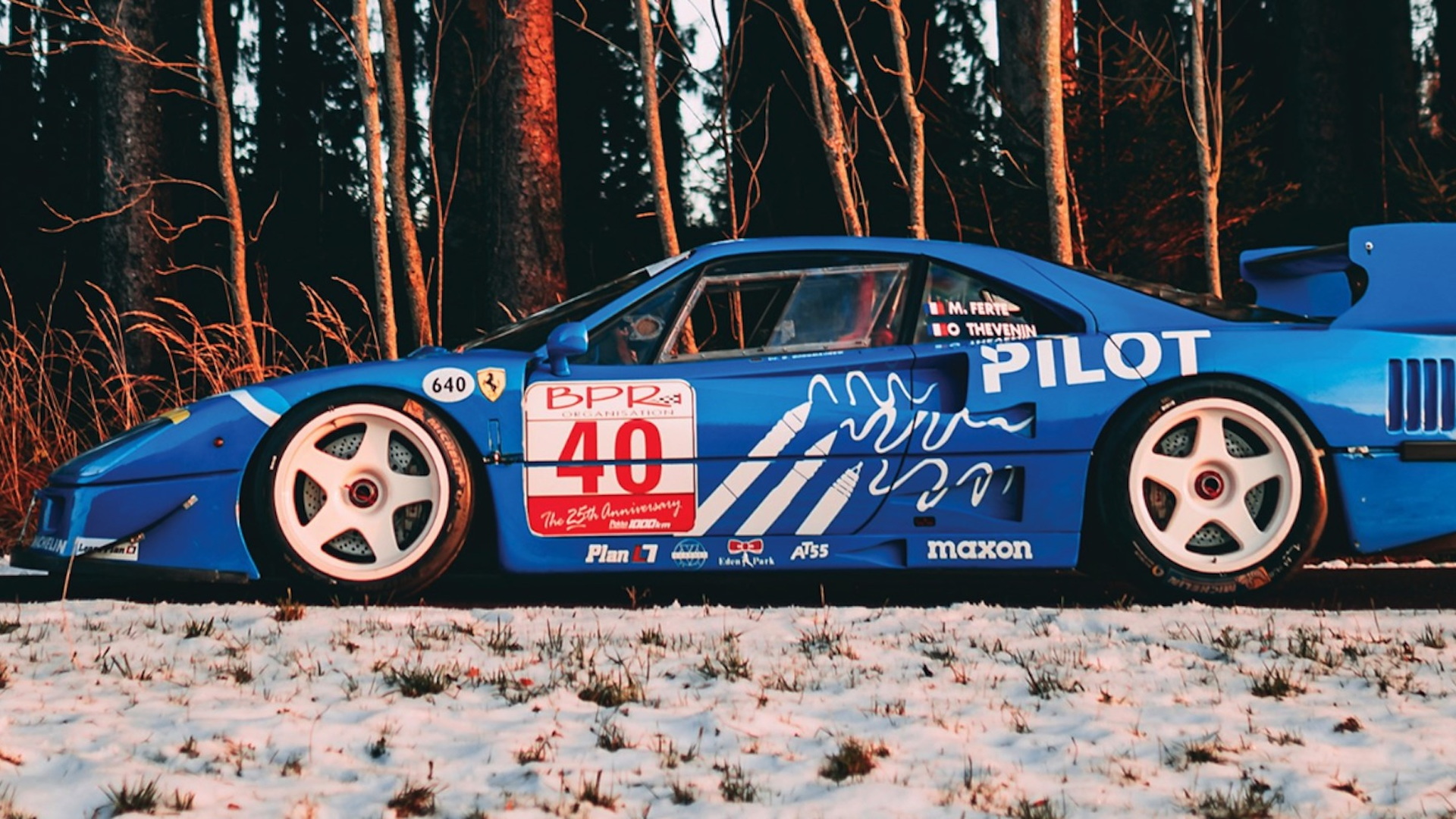 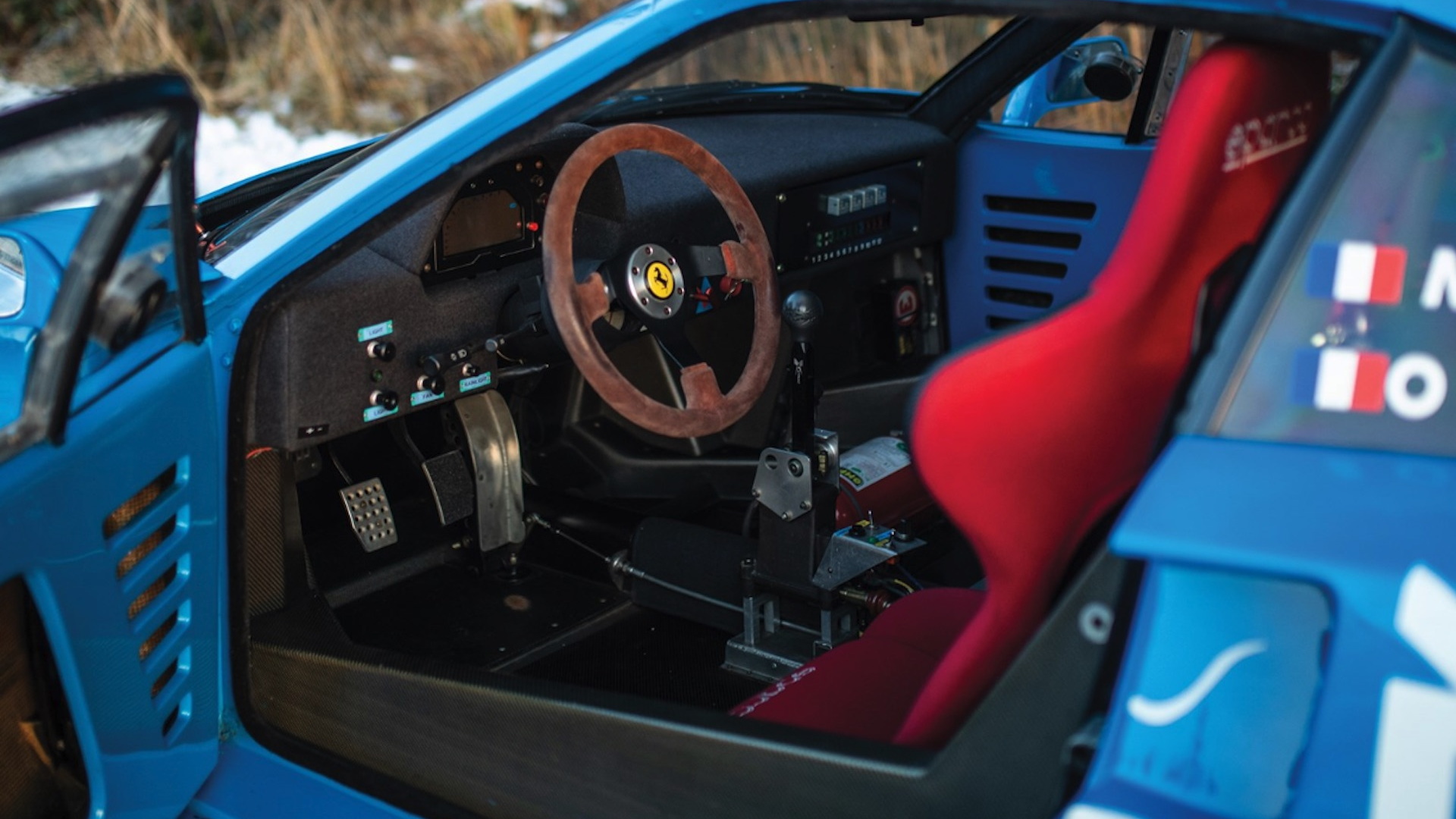 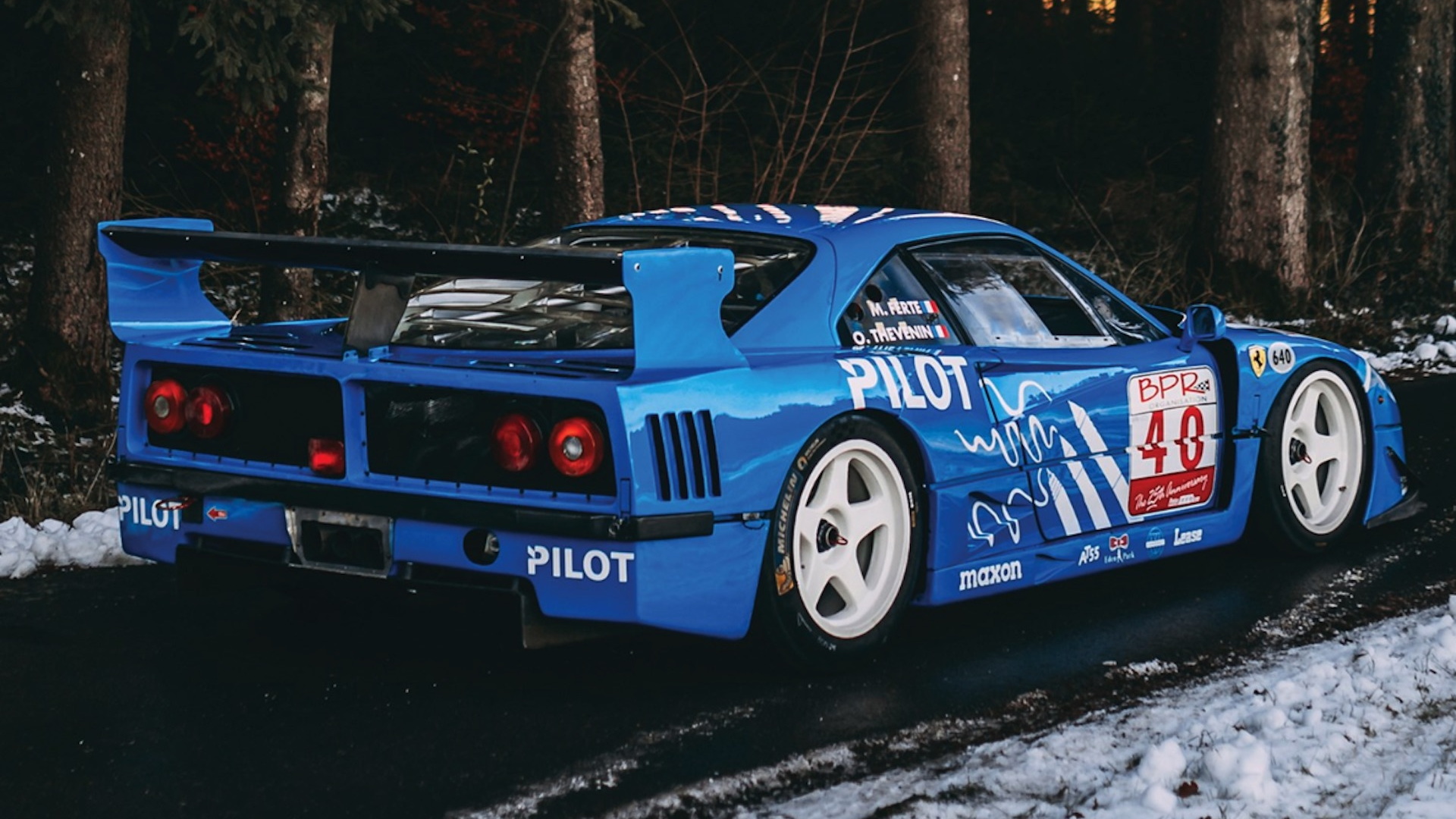 It's hard to top the Ferrari F40, but the F40 LM race car headed to the RM Sotheby's Paris auction in February makes a convincing effort.

This particular F40 LM has an interesting history. It was originally built as a pre-production car but was sold to former Le Mans and IMSA driver Rene Herzog in early 1992. Herzog was the man who shipped the car off for the LM-spec conversion, which included a larger turbocharger, advanced fuel injection, bigger intercoolers, and weight reduction. The F40 LM weighs only 2,314 pounds and produces an astounding 700-plus horsepower. 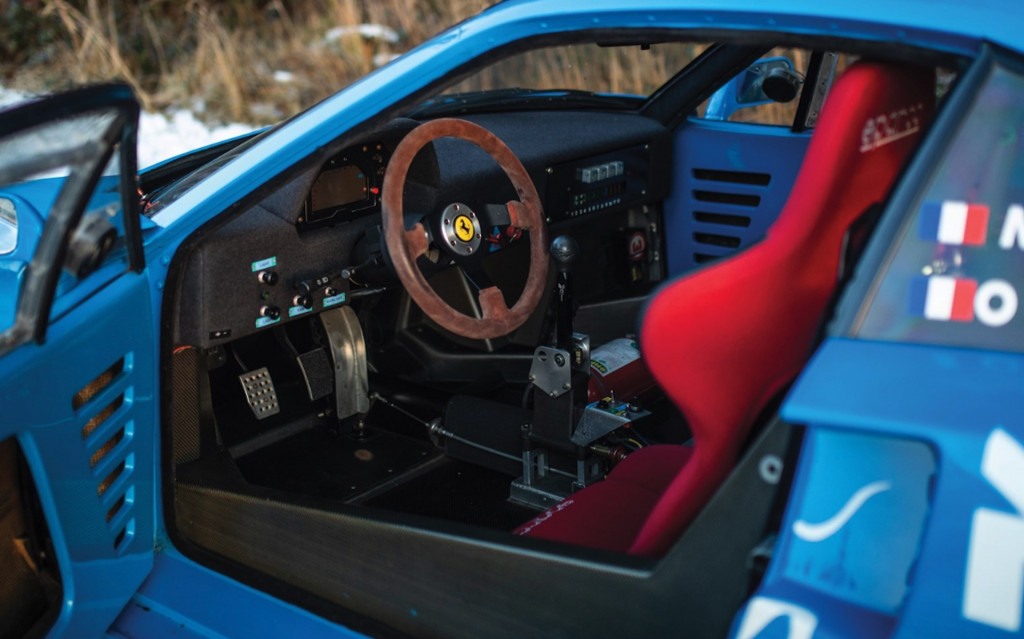 After the LM conversion was complete, the car traded hands and was sold to Charles Zuger. Yet it wouldn't be until 1995 when the car was sold yet again to French Pilot-Aldix team for use in the BPR Global GT Series that the car began to shine.

Drivers Michel Ferte and Olivier Thevenin handled the F40 LM on the track, but retired from the first races. But, come Le Mans the same year, the F40 LM qualified in 7th place and 2nd in the GT1 class. Repainted in French Racing Blue, the car did battle with McLaren F1s on the track, but ultimately, placed 12th overall and 6th in the GT1 class. It would be the best positions and F40 LM took during its time in motorsport. This particular car retired from the motorsport circuit in 1996 and was sold a handful of times until its current owner purchased it in 2008. 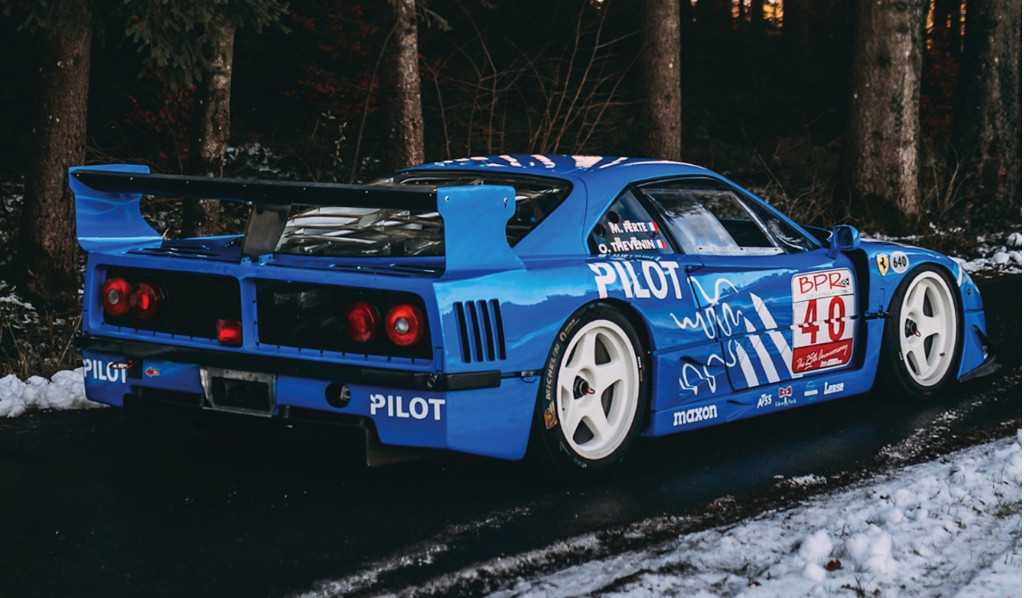 The original transmission and spare set of tires come with the legendary supercar, and the machine is more than ready to grace vintage racing events.

The auction house added that the car was serviced last year and the F40 LM is ready to head to a new home Feb. 6 with plenty of spark left in it.