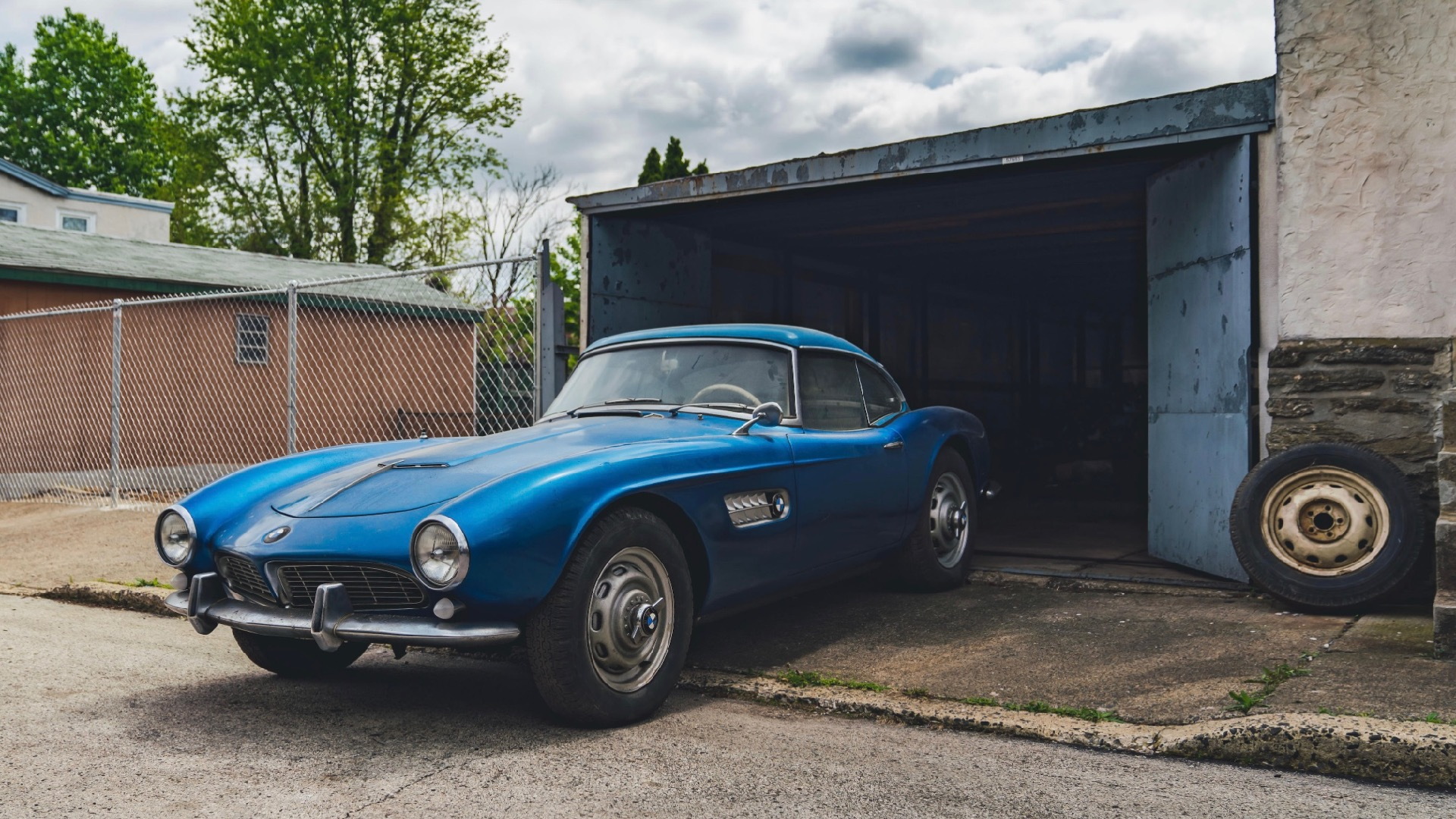 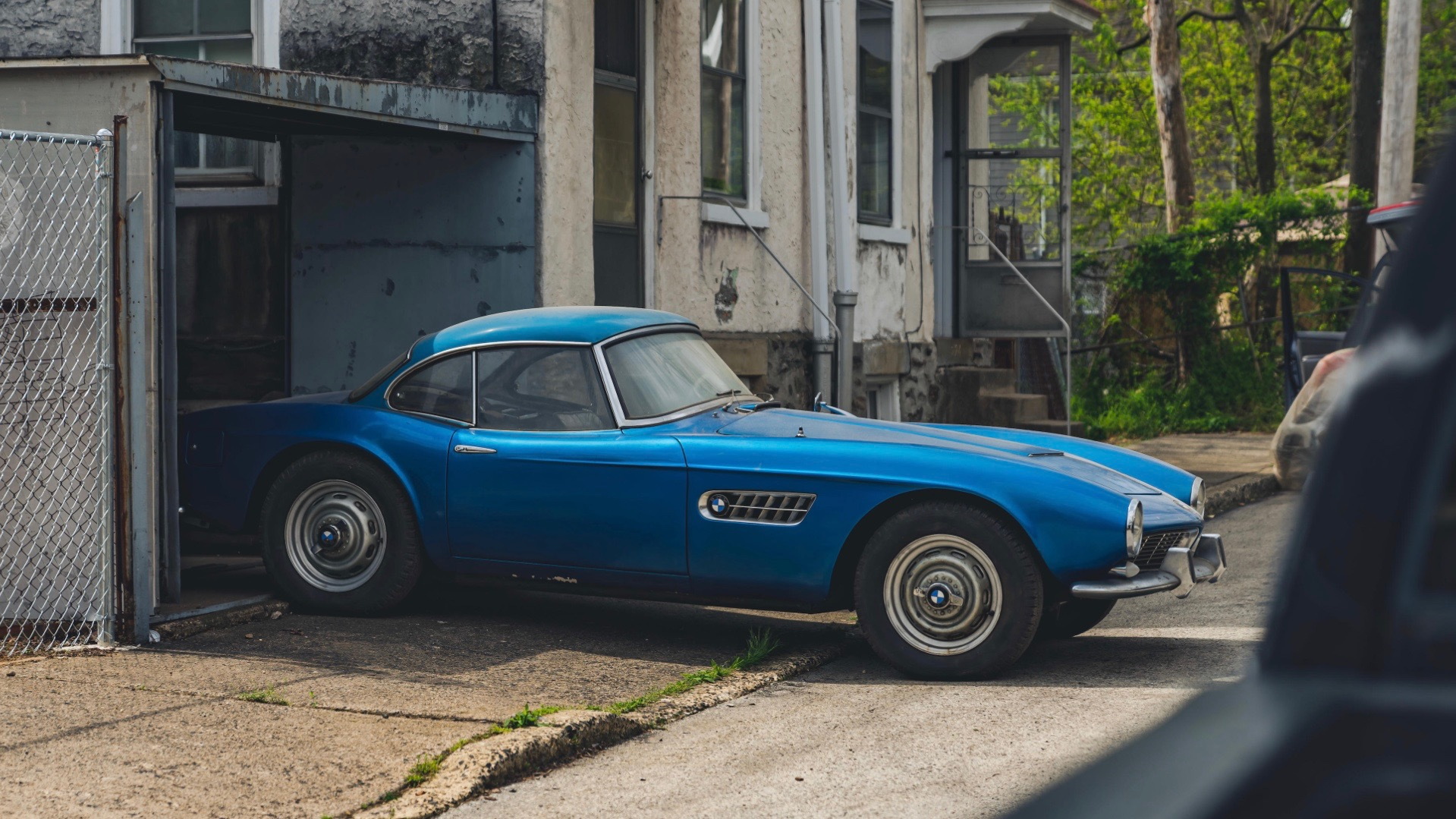 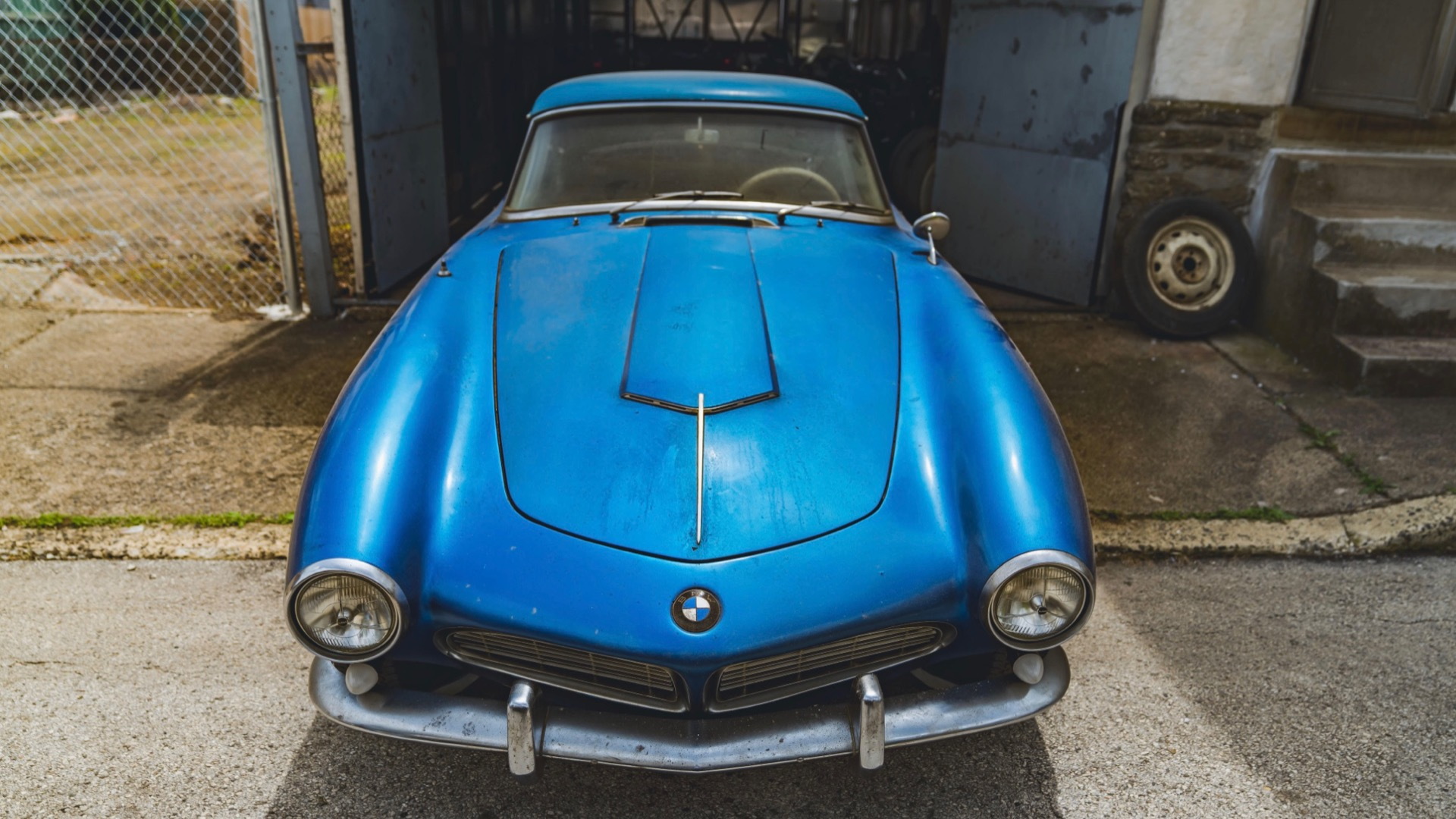 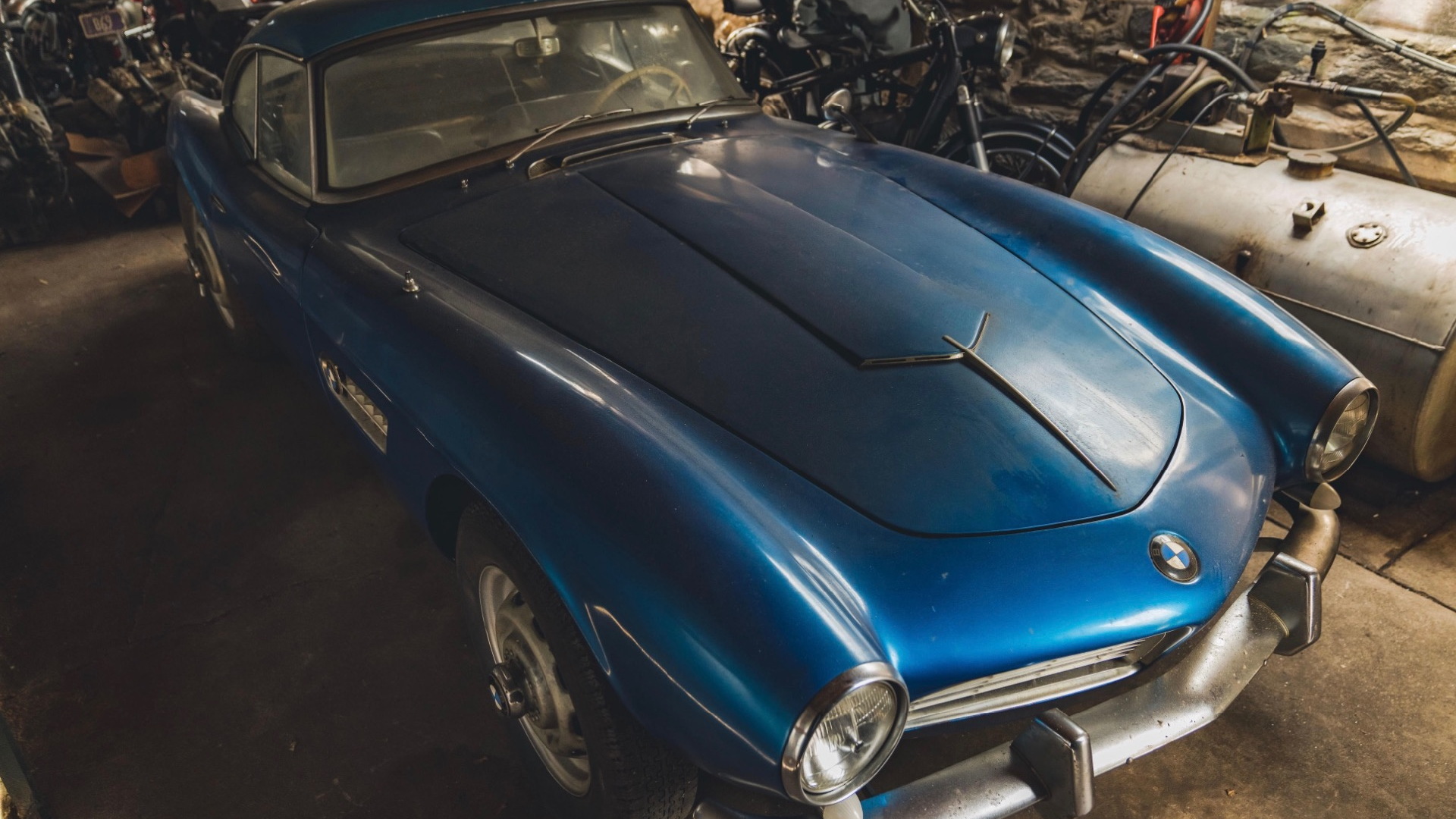 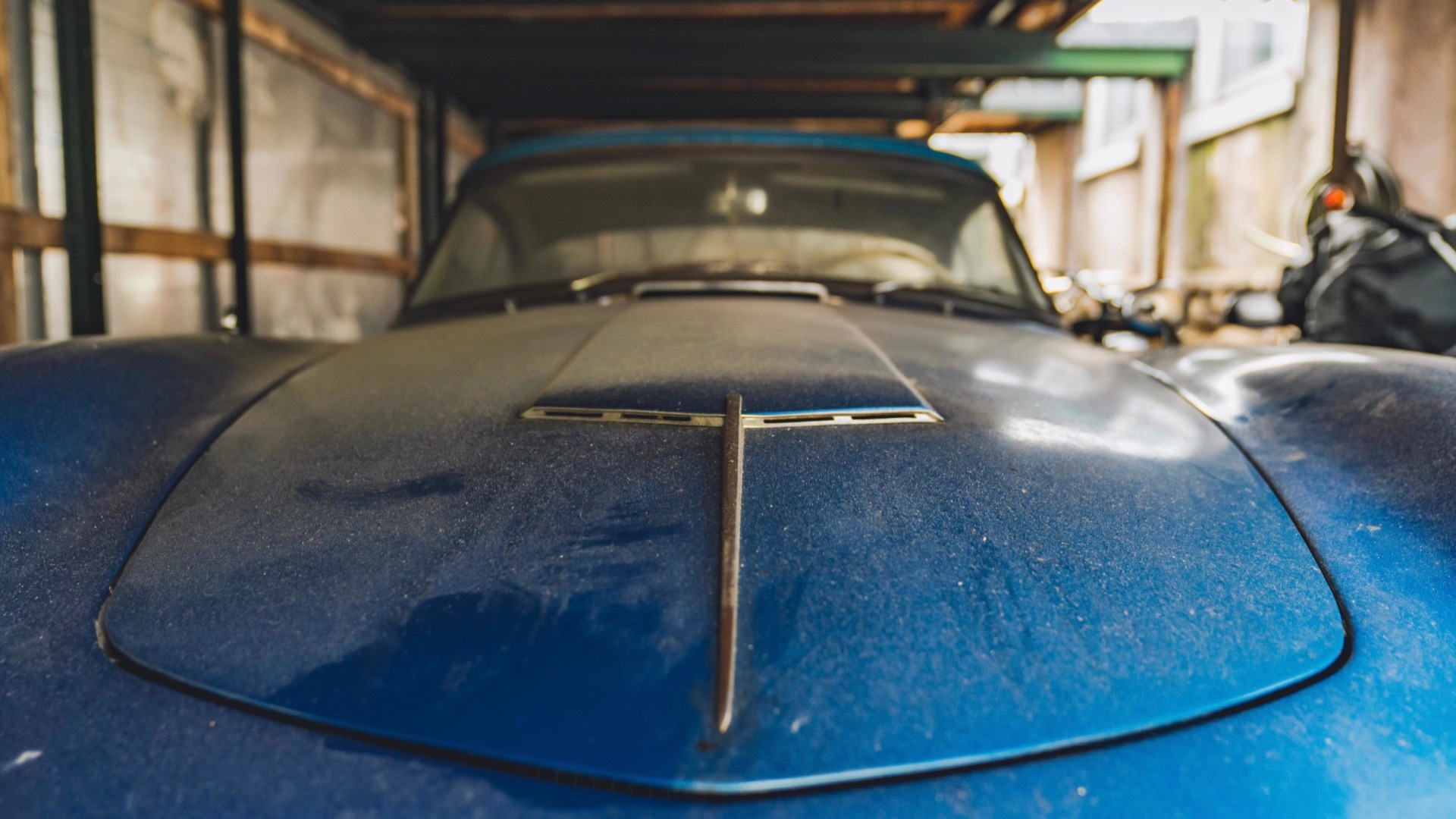 After 43 years locked in a Philadelphia garage, this rare 1957 BMW 507 Roadster Series II is headed to a Bonhams auction in Newport, Rhode Island, scheduled for September 30.

Wearing chassis number 70059, this car was originally delivered to Caracas, Venezuela, according to BMW Blog. It was then sold to a Montreal resident, and then purchased by the late father of the current seller in 1979. It was occasionally fired up, but hasn't been driven since then, according to the auction listing.

The 507 remains in unrestored condition, wearing Pontiac Bright Blue Metallic paint from a 1970s respray, according to BMW Blog. But Bonhams says the car is otherwise largely original, with a numbers-matching engine, Rudge wheels, and a removable hardtop.

BMW designed the 507 to compete in the burgeoning postwar U.S. market, where it competed against the rival Mercedes-Benz 300 SL. Gorgeous bodywork designed by Count Albrecht Graf von Goertz was paired with a 3.2-liter V-8 that made 150 hp.

While it did attract wealthy owners, including Elvis Presley, the 507 was a sales flop. With just 252 made, it's now one of the rarest BMWs ever made. BMW itself struggled in the postwar years, and wouldn't find stability until it shifted from building low-volume luxury cars to more affordable models, exemplified by the Neue Klasse series of the 1960s.

Bonhams expects this 507 to sell for between $1.8 million and $2.2 million, which wouldn't be out of line with past 507 transactions. In 2018, the auction house sold a 507 that belonged to the late Formula 1 champion John Surtees for $4.5 million, as well as an example previously owned by 507 designer von Goertz. That car sold for $2.8 million.