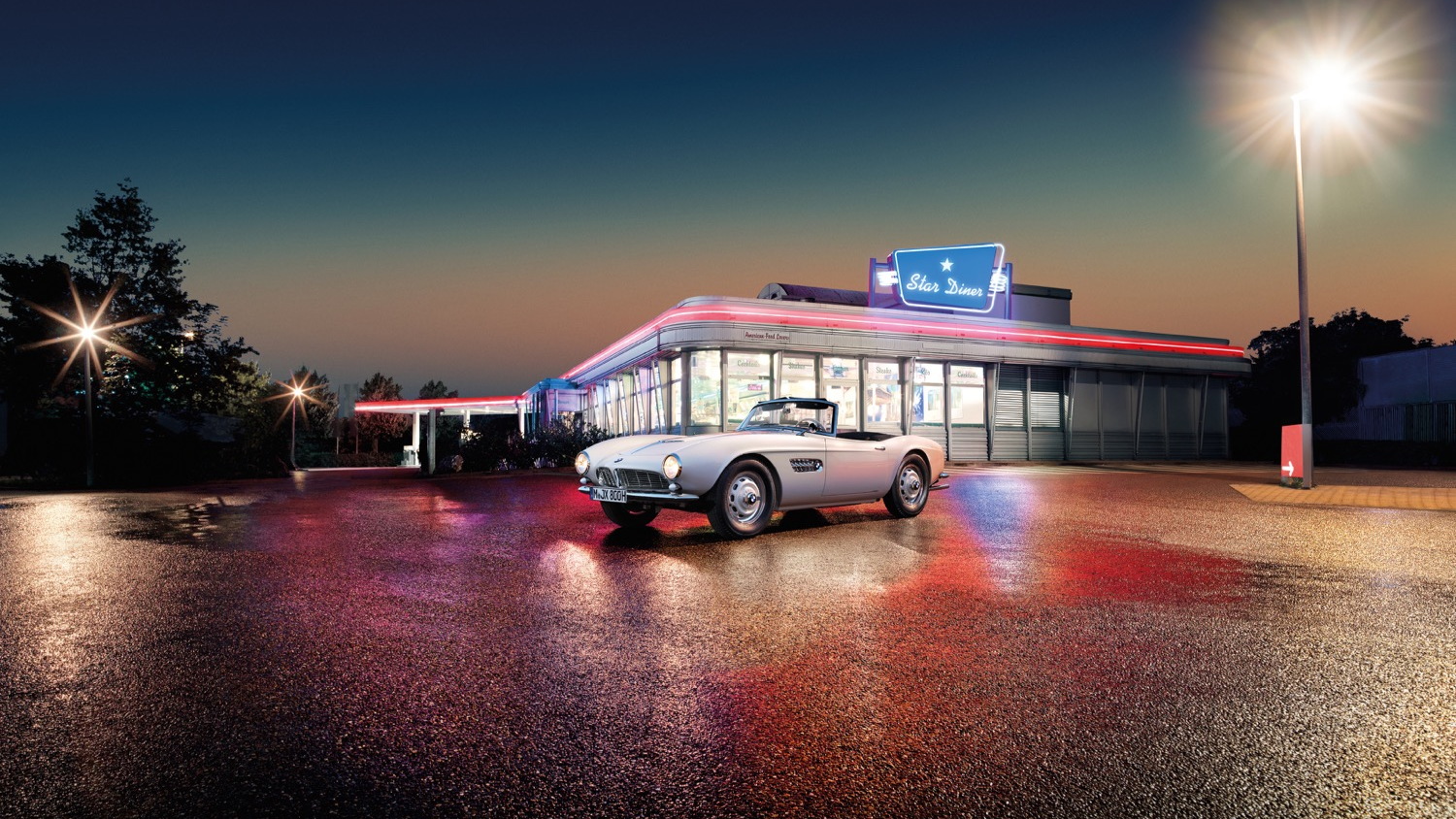 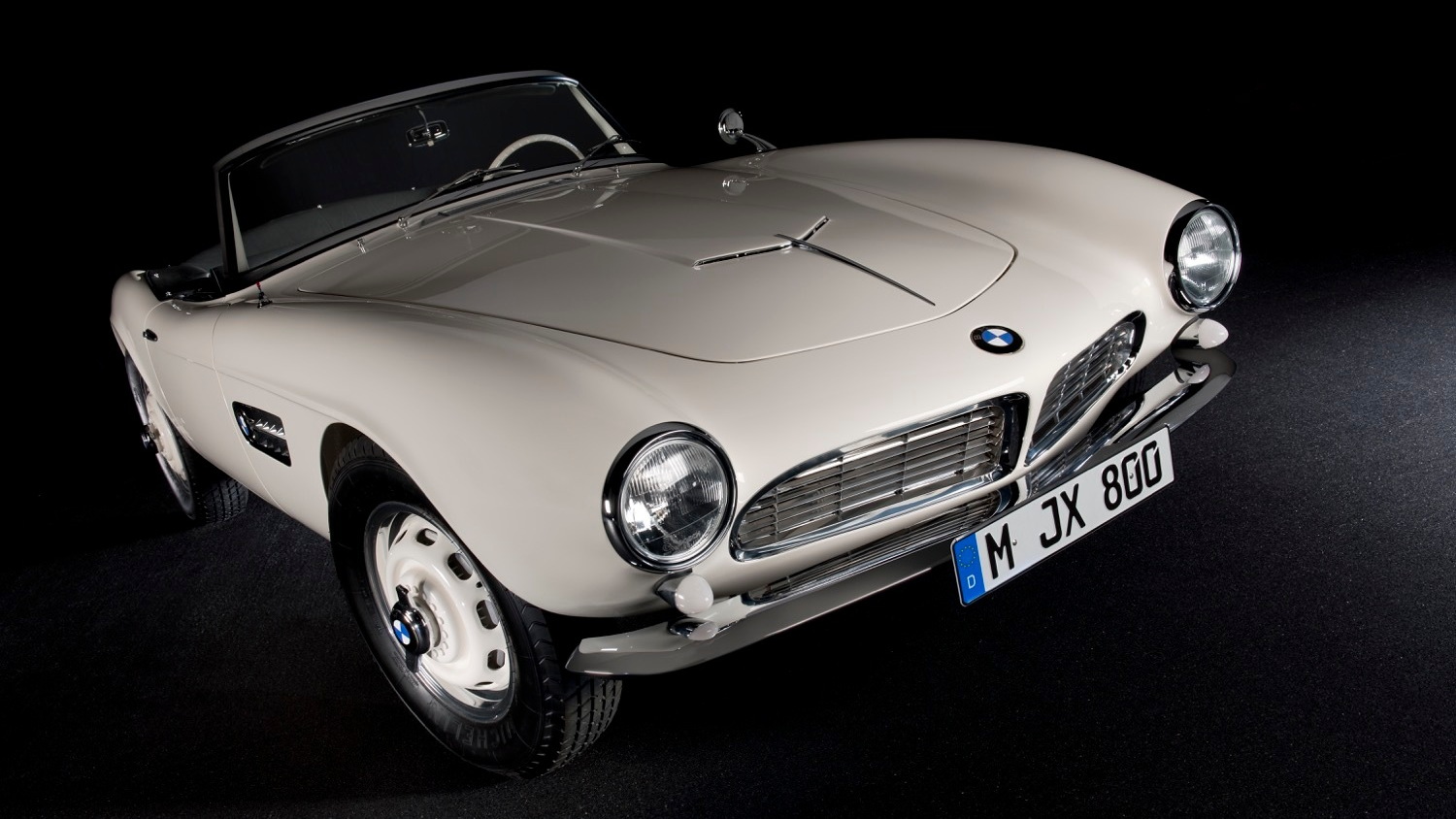 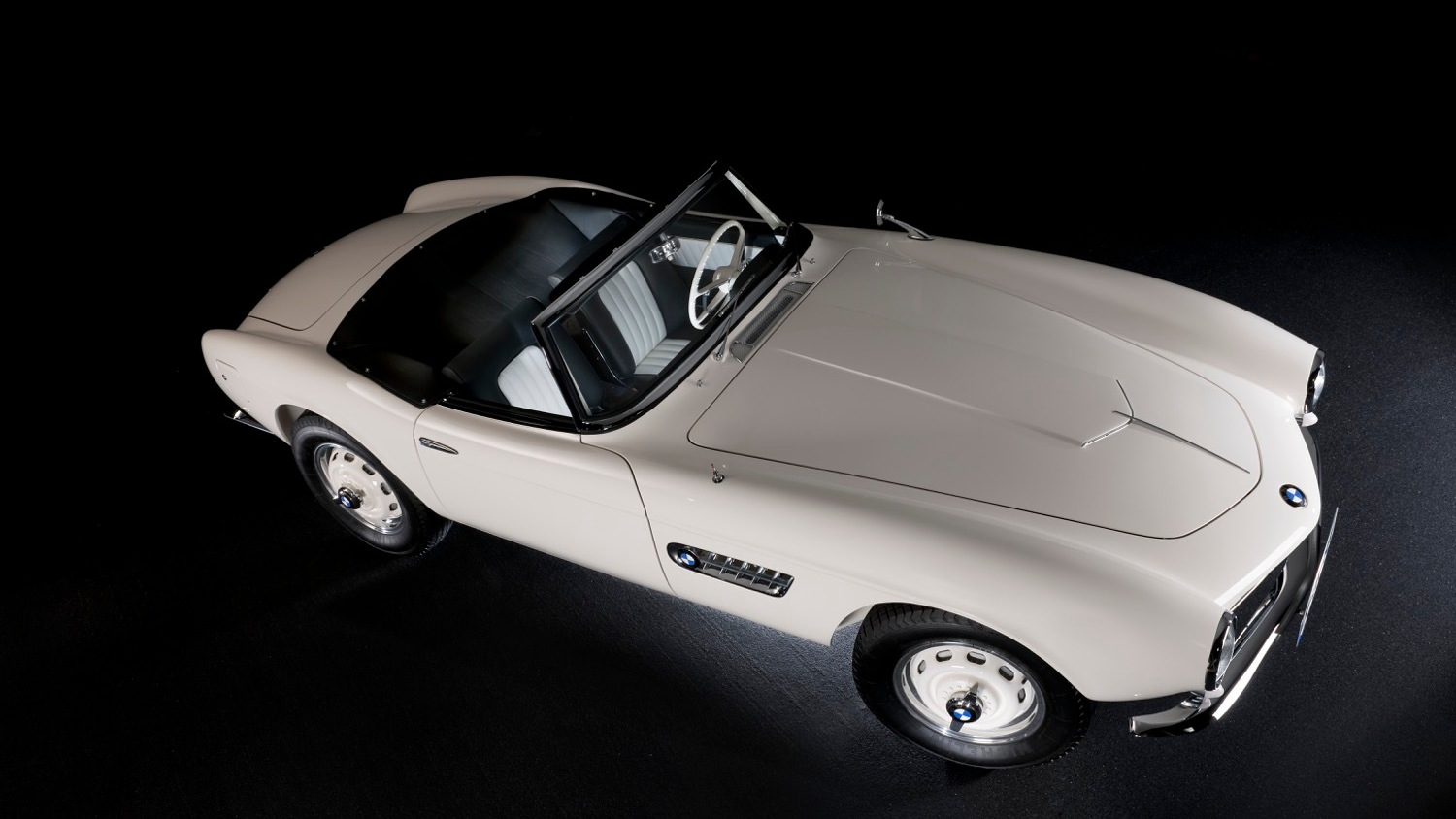 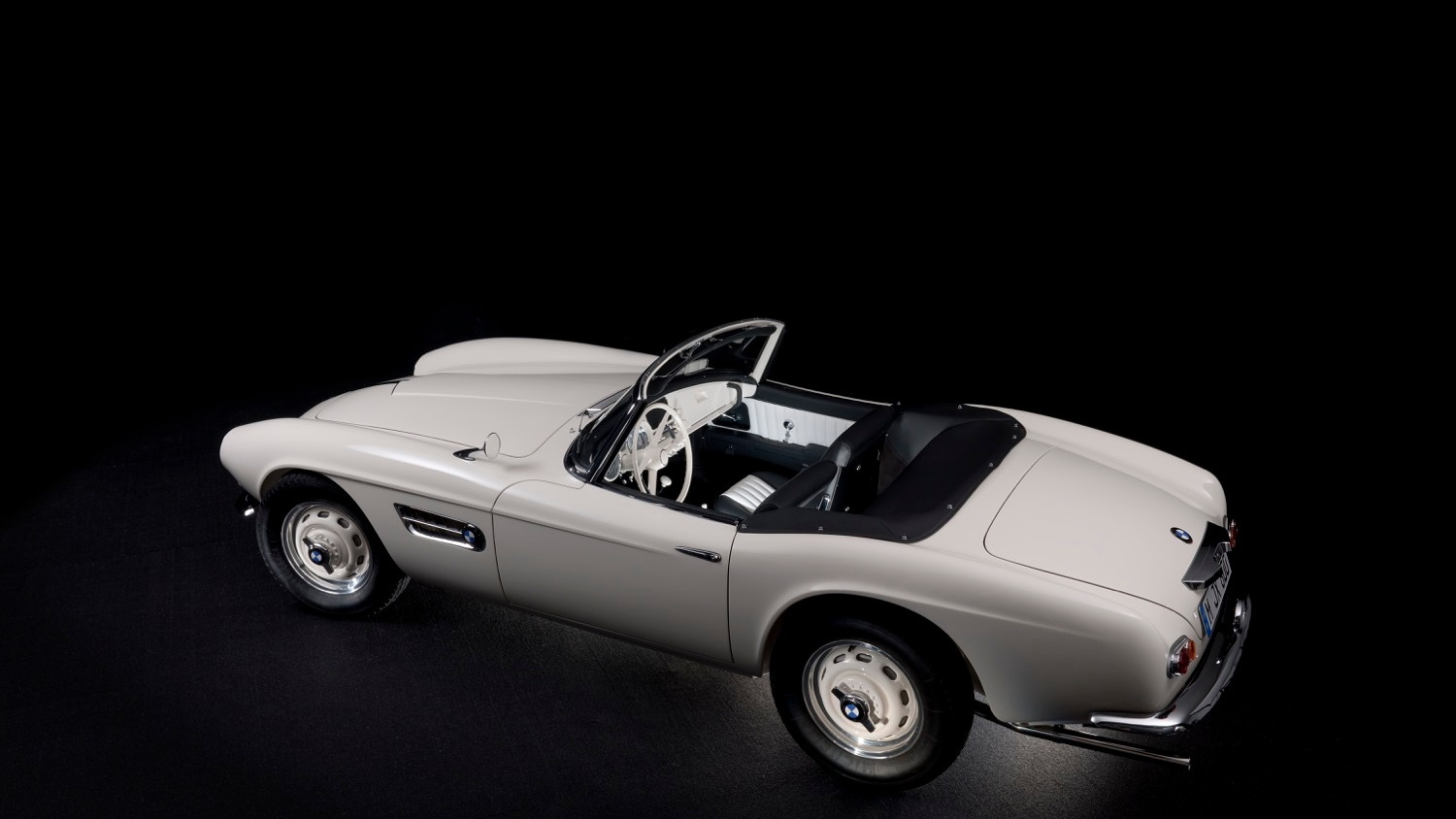 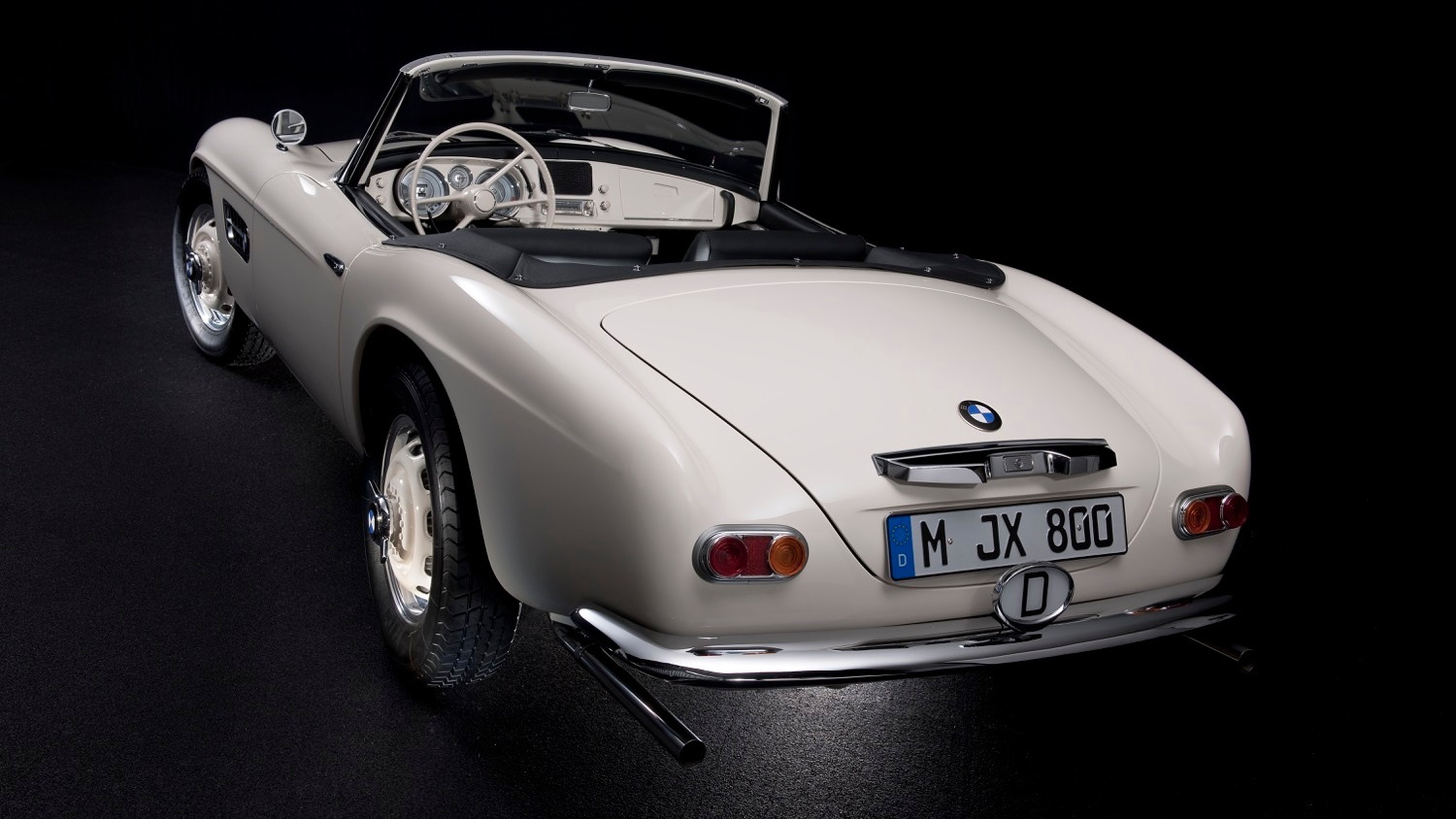 Elvis Presley may have left the building, but his BMW 507 is making a comeback.

Following a two-year restoration by BMW's Classic division, the sports car will appear at the 2016 Pebble Beach Concours d'Elegance on August 21.

Driven by Elvis during his military service in Germany, the Feather White sports car was thought to be lost to history until it was uncovered—in a warehouse full of pumpkins, of all places. The video shows what it looked like prior to the restoration.

The 507 was unveiled at the 1955 Frankfurt Motor Show. While designer Albrecht Graf Goertz's beguiling shape has made the car a classic, an expensive sports car did not fit the needs of most buyers in postwar Germany. Just 254 cars were built between 1955 and 1959. Elvis purchased his—chassis number 70079—used in 1958. The car had previously been owned by racing driver Hans Stuck and ended up on a used car lot in Frankfurt.

Elvis drove the 507 between his house in Bad Nauheim and the U.S. Army base in Friedberg, until his enlistment ended in 1960. He shipped the BMW back to the U.S. but apparently didn't keep it long, trading it in to a Chrysler dealer in New York a few months after returning to the States. The 507 passed through a series of owners over the ensuing five decades, and eventually fell off the radar.

The car was acquired by Jack Castor, an engineer living in California, in 1968. Castor drove the car briefly before stashing it away for a restoration that never came. Castor was never able to confirm the connection to Elvis. It wasn't until 2006, when he read an article in Bimmer magazine, that Castor and journalist Jackie Jouret were able to put the pieces together and confirm that chassis number 70079 was Elvis' 507.

Castor contacted BMW, which acquired the car and began an extensive restoration. While the 507 was mostly intact, its engine and transmission were missing, and there was significant rust and interior decay to deal with. Restorers also had to undo some modifications made to the car for racing in order to bring it back to stock form.

The result of all of that work will be on display in Monterey in just a couple of weeks. For more of our coverage on the Pebble Beach Concours and other happenings during Monterey Car Week, head to our dedicated hub.