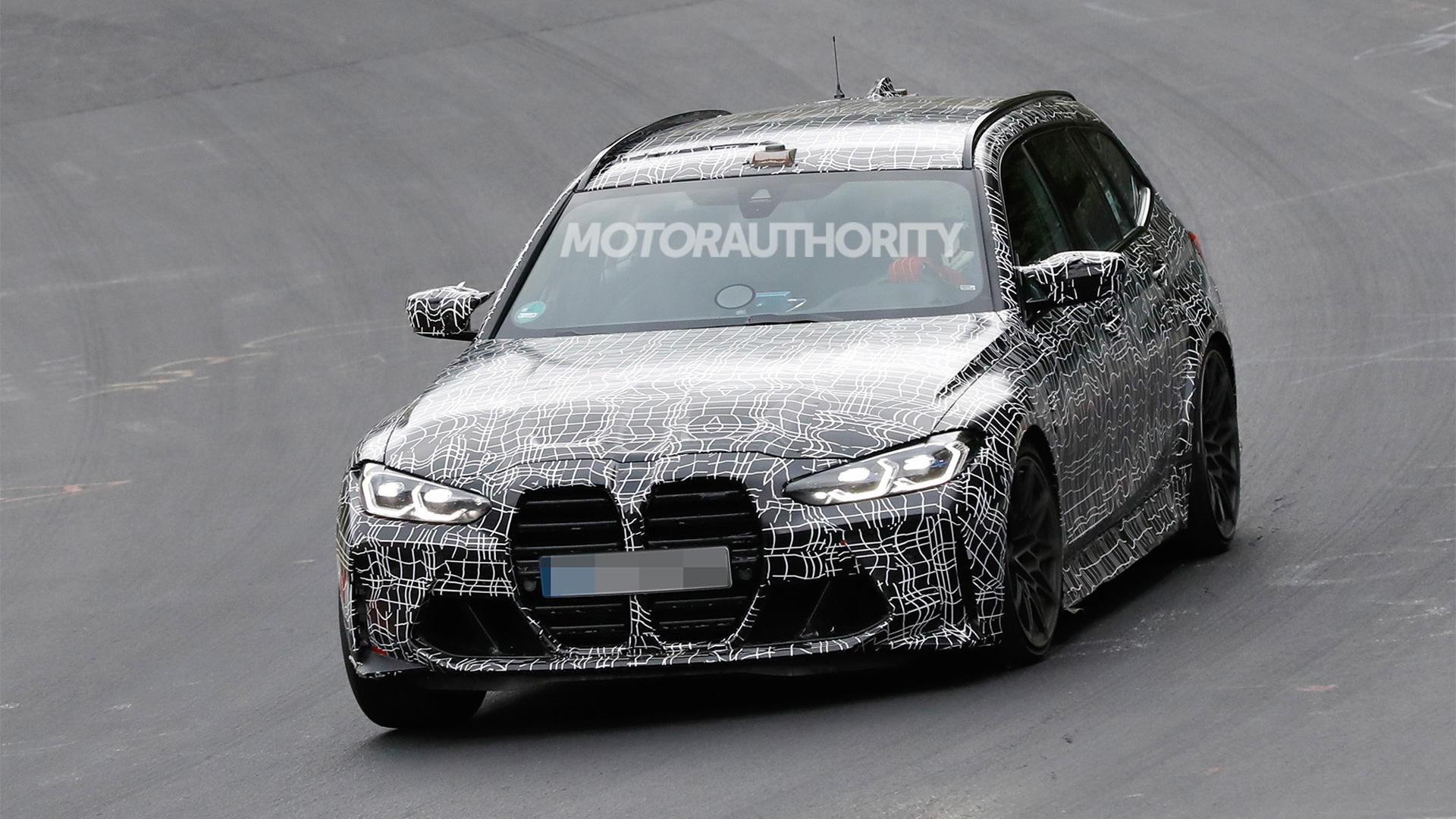 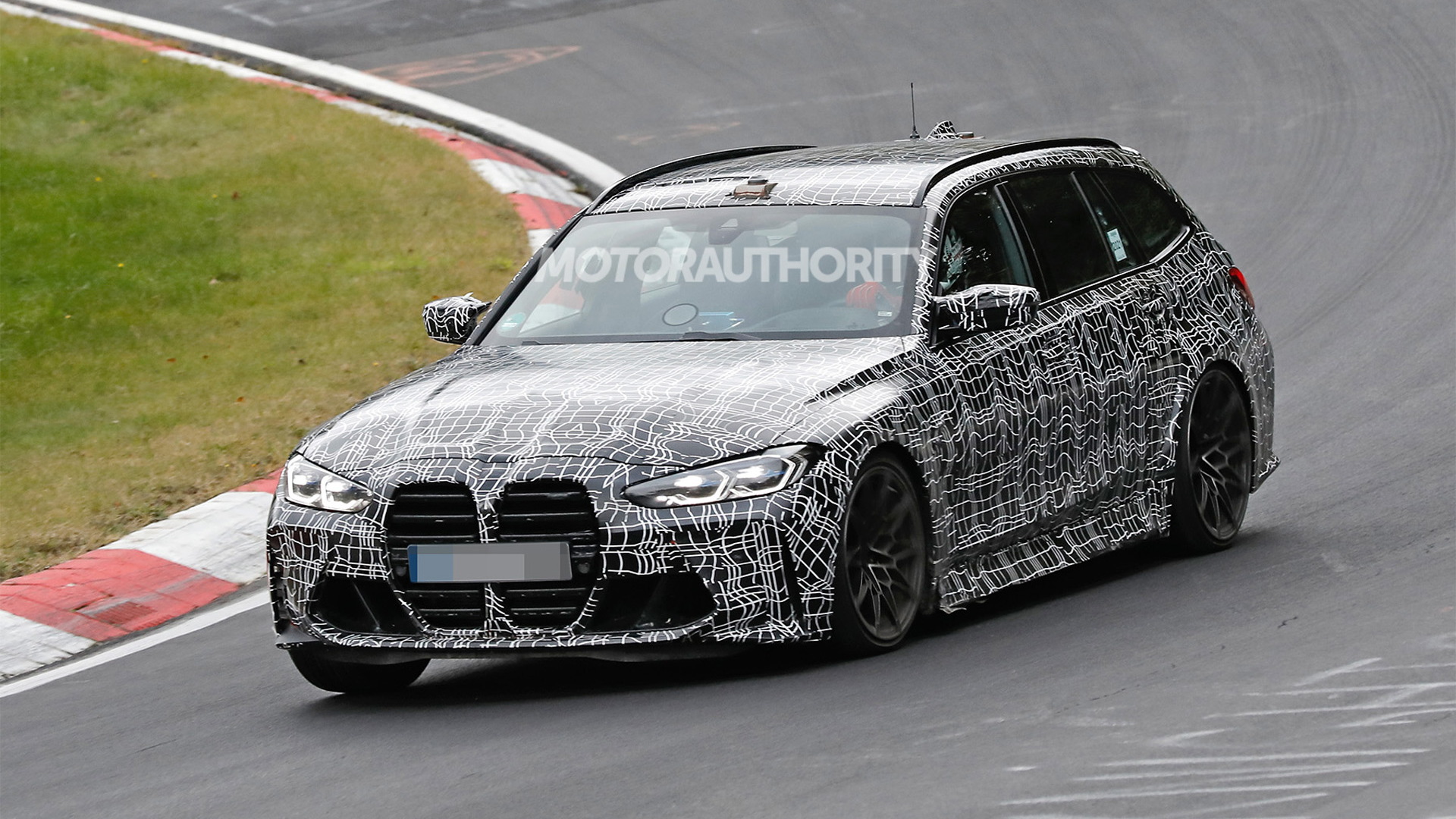 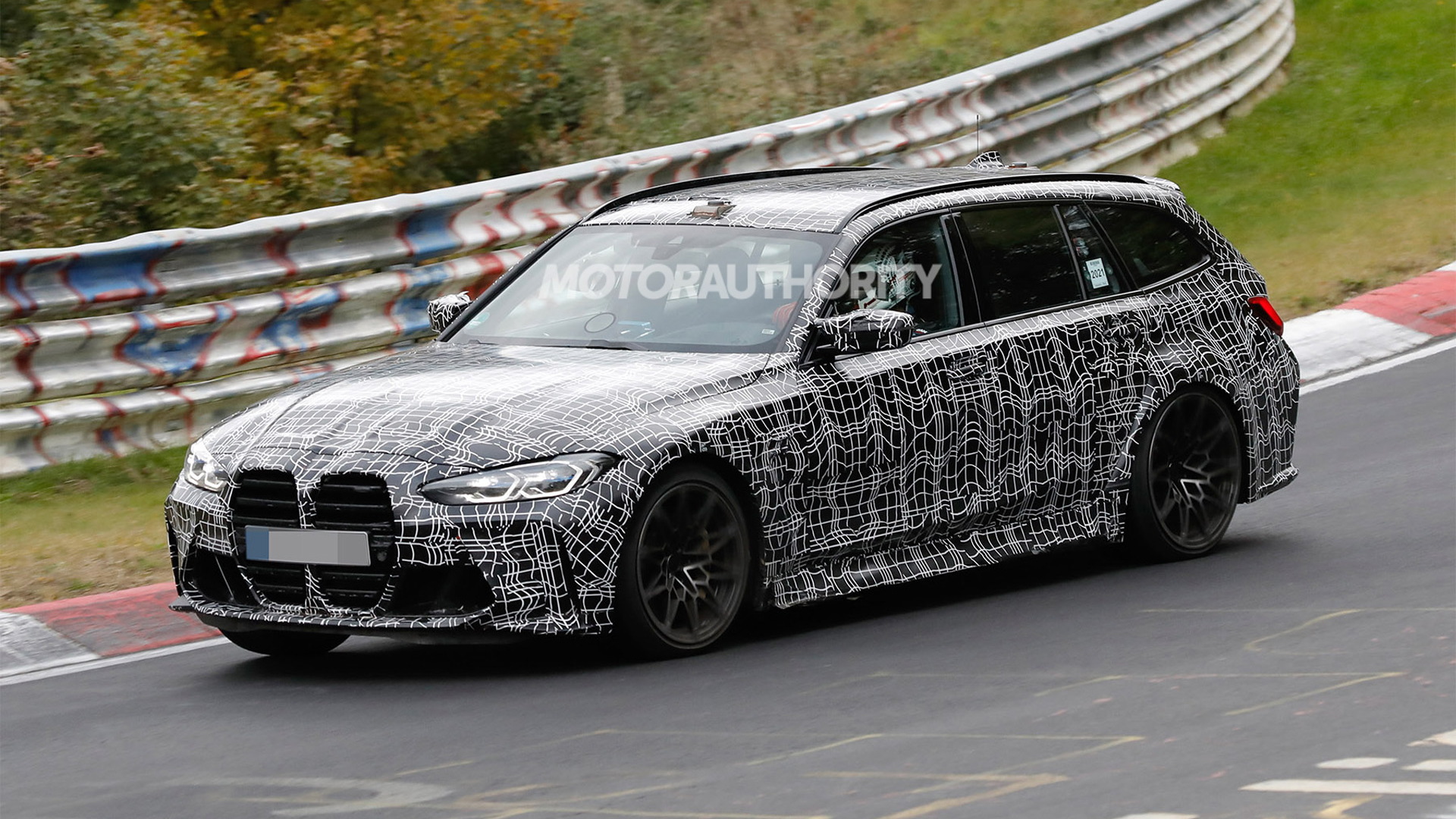 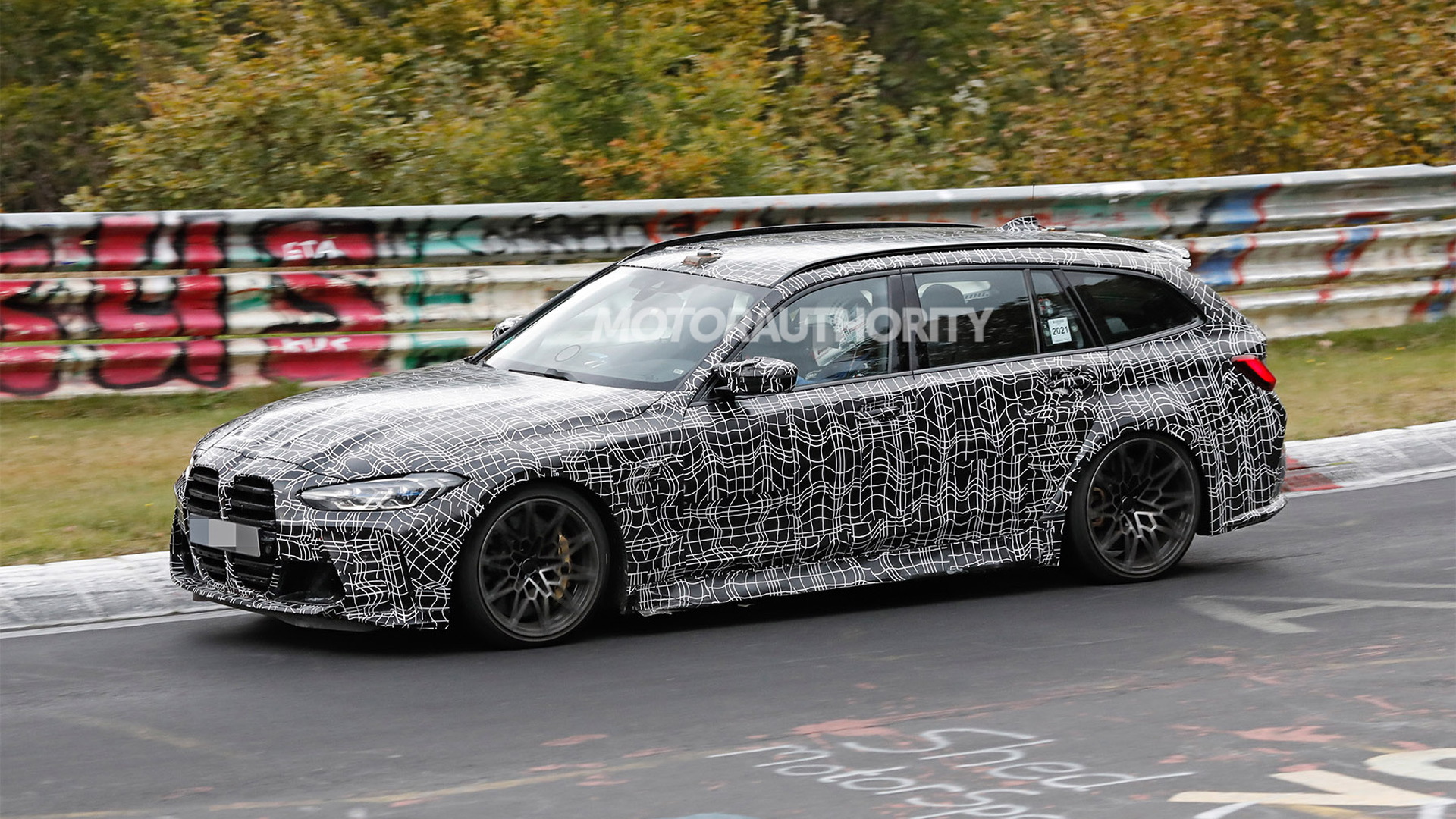 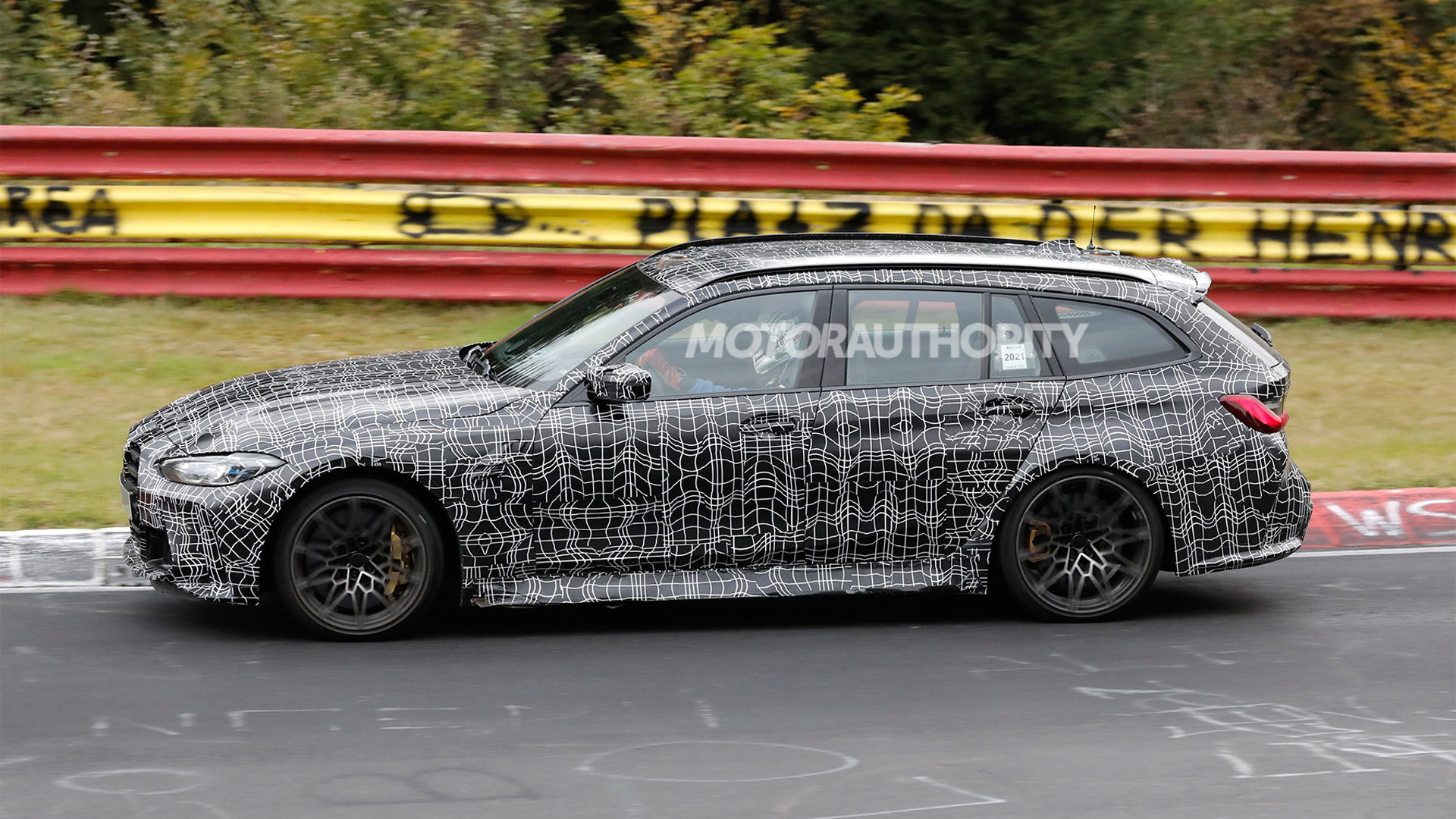 The 2023 M3 Touring is just days out from its world debut at the 2022 Goodwood Festival of Speed but BMW M on Friday let slip one important facet about the car—that it lapped the full 12.9 miles of the Nürburgring in a time of 7:35.06.

That's the fastest time for a wagon on the 'Ring, as the previous best was the 7:45 set in 2017 by a Mercedes-Benz AMG E 63S Wagon, although that was an unofficial time set by German magazine Auto Sport.

The M3 Touring's time is definitely impressive, though Porsche's 2021 Panamera Sport Turismo will likely be quicker still, considering the hatchback version of the car can lap the 'Ring in 7:29.81. Porsche didn't say which version of the Panamera it used for the run but we have to imagine that it was a Panamera Turbo S, which is the quickest of the bunch.

The M3 Touring is a high-performance wagon based on the updated 2023 BMW 3-Series range, which means it will have the latest dashboard design with floating screens for the instrument cluster and infotainment hub. Don't look for it in U.S. showrooms as BMW has confirmed it isn't coming here.

Elsewhere, potential buyers can expect the M3 Touring to feature the same specs as the M3 sedan, meaning power will come from a 3.0-liter twin-turbocharged inline-6. The engine delivers 473 hp in the standard M3 and 503 hp in M3 Competition guise.

This is actually the first time that BMW M is bringing out an M3 wagon. BMW's official tuner and motorsports division came close to launching an M3 Touring two decades ago as part of the third-generation M3 range, but the project never got past the prototype stage.

Stay tuned for the debut of the M3 Touring at the Goodwood Festival of Speed, which runs in the U.K. from June 23-26. BMW will also present the recently revealed 2023 M4 CSL, along with a collection of race cars including the original 3.0 CSL, M1 Procar, V12 LMR Le Mans winner, and the new Hybrid V8 LMDh. For more coverage, head to our dedicated hub.