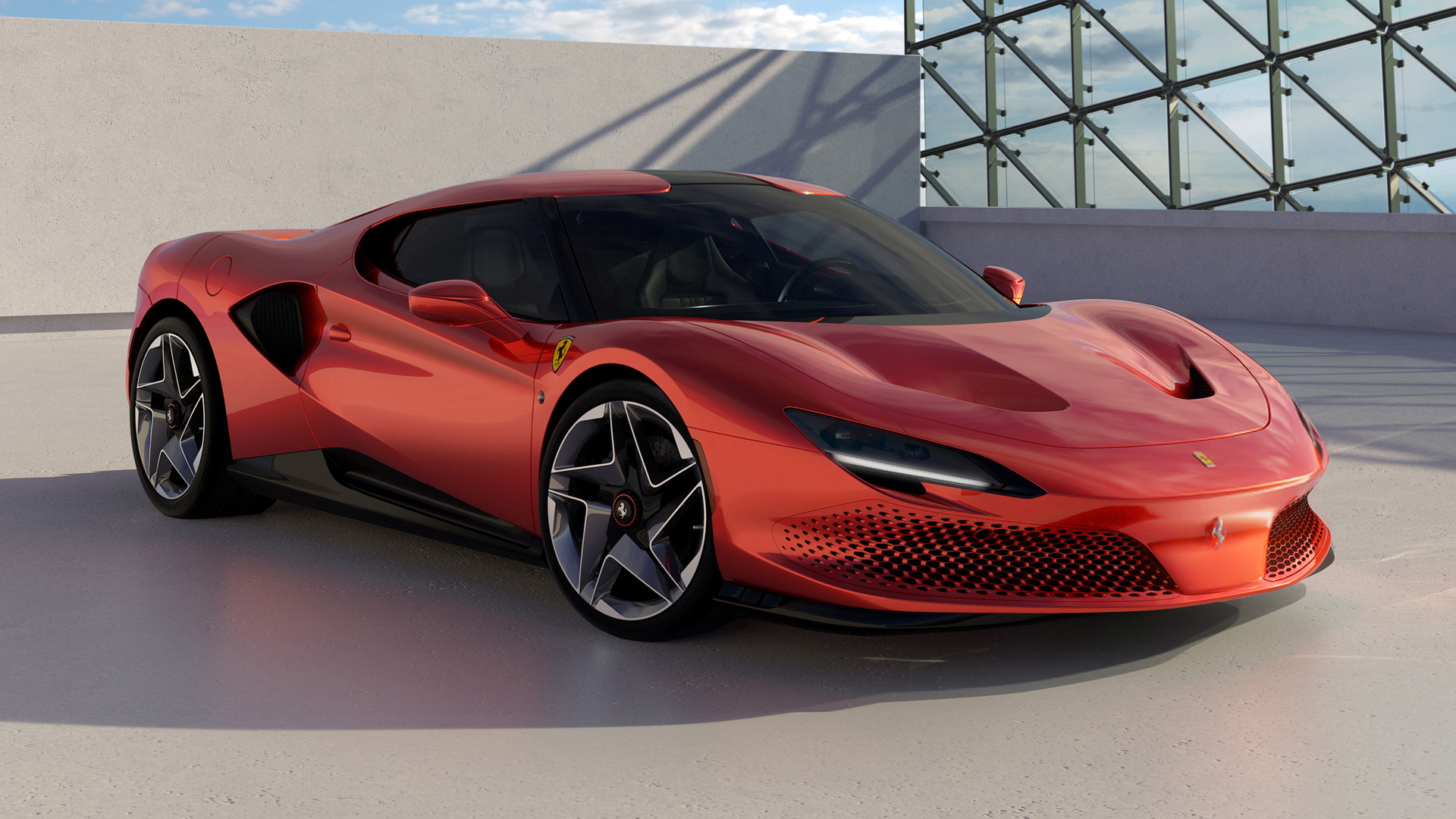 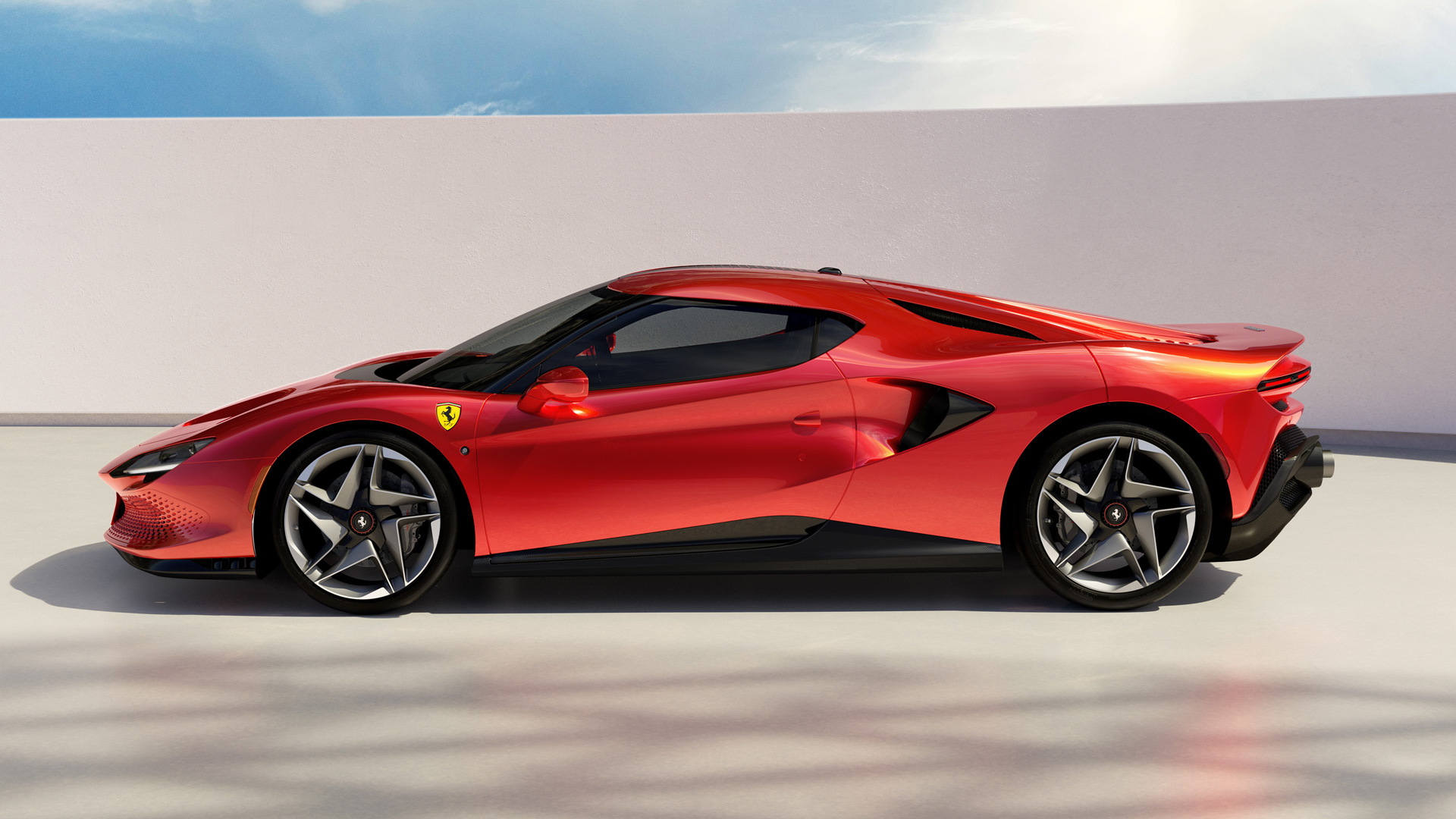 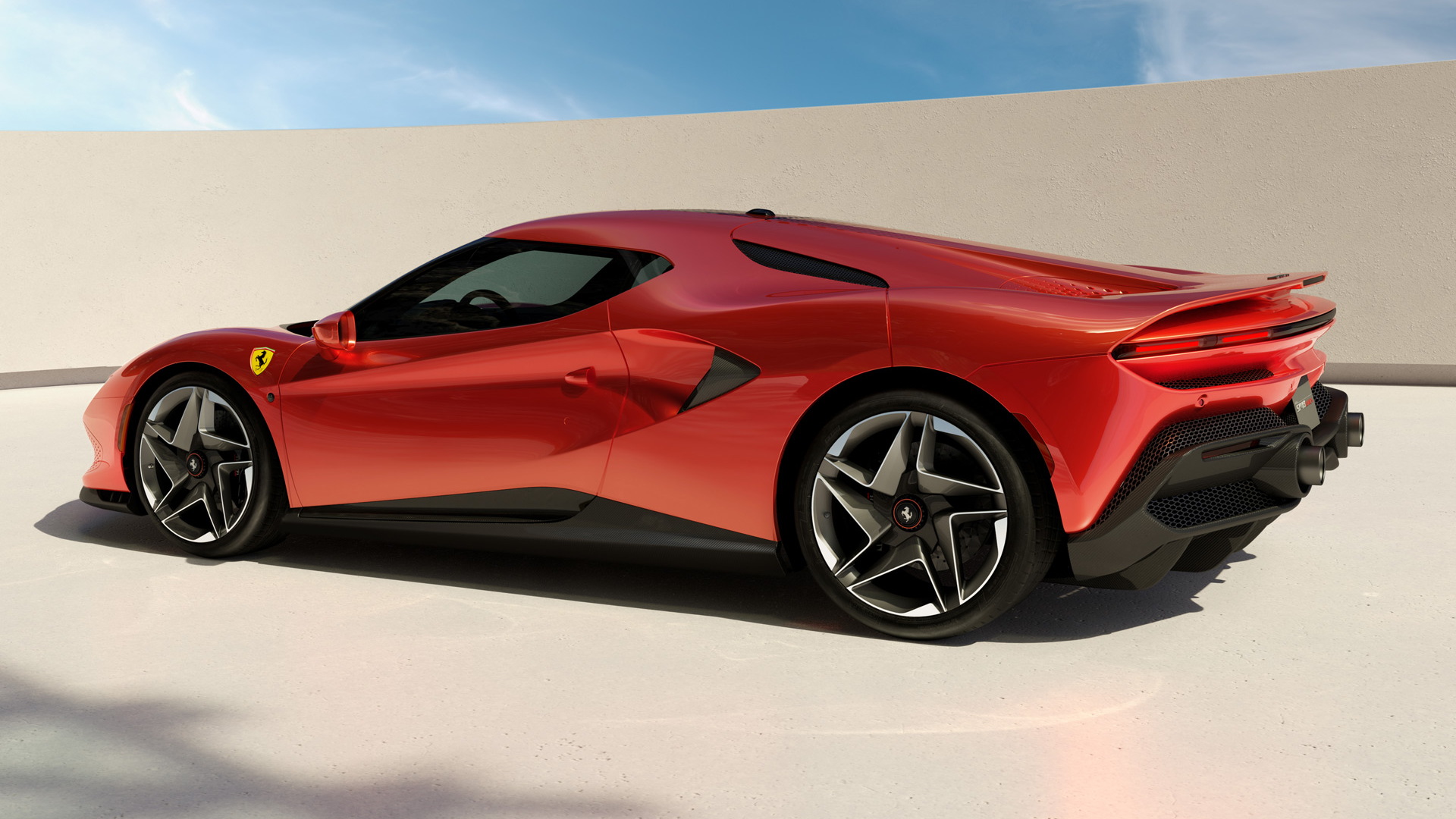 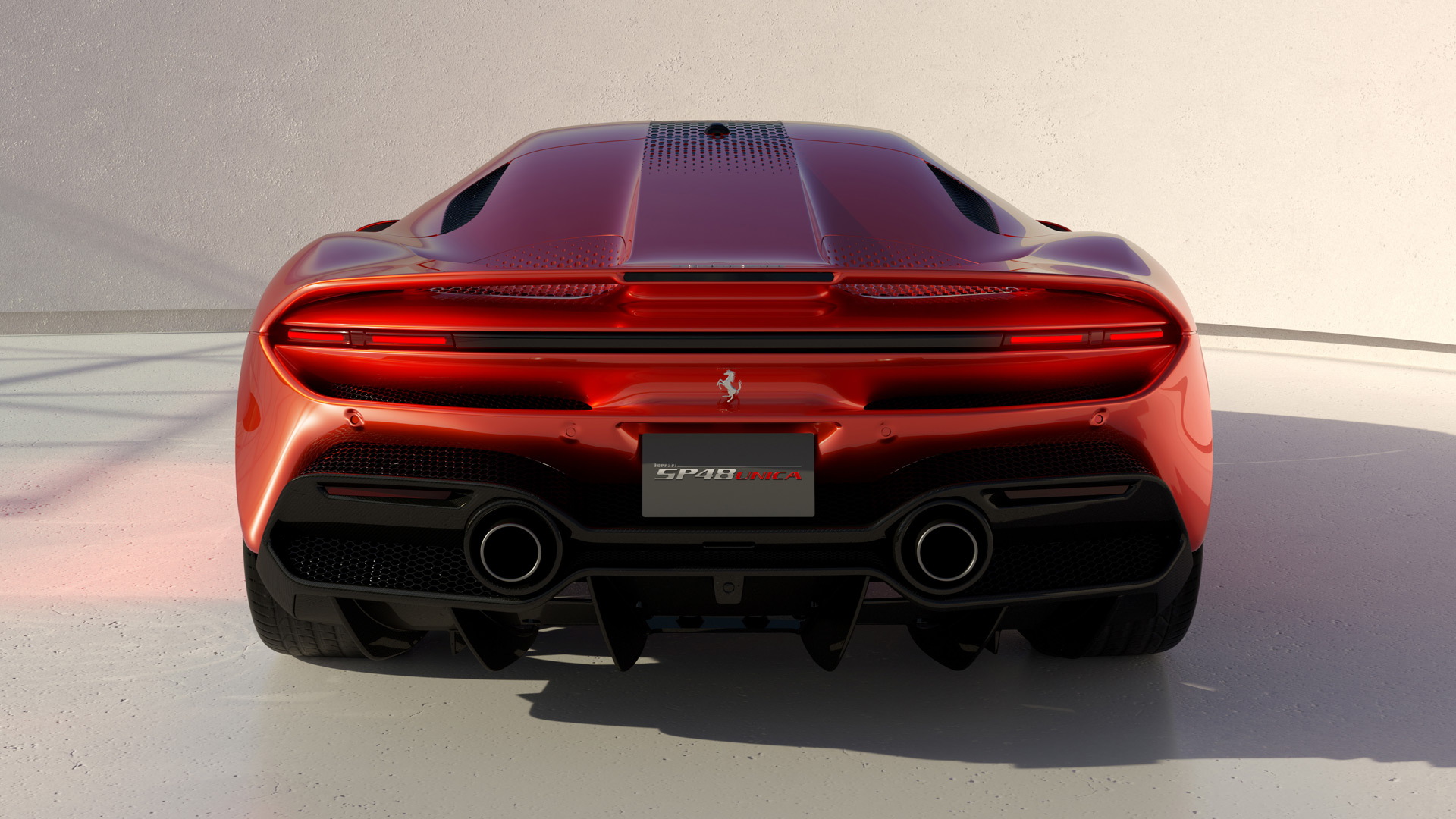 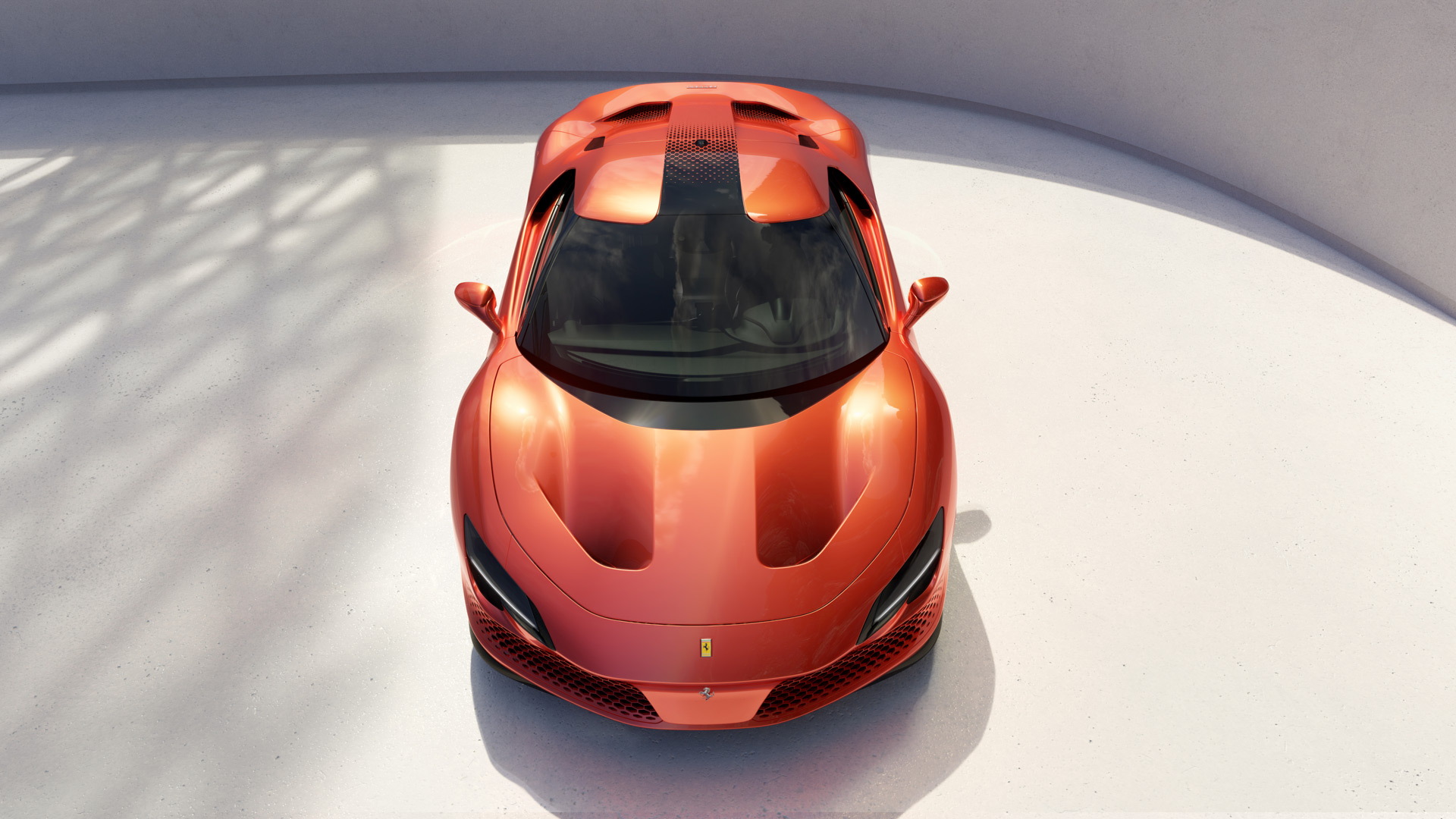 Ferrari has come out with another wild one-off supercar resulting from its Special Projects program. The new car is called the SP48 Unica, and it's based on the F8 Tributo.

The Special Projects program provides Ferrari's most loyal customers with the opportunity to work with Ferrari's design team and imagine a true one-off car. The whole process from the start of the initial consultation to handing over the keys takes about a year, and no doubt one needs to already own a significant number of Ferraris just to be invited to the program.

There isn't much in the design of the SP48 Unica to link it with the F8 Tributo. Central to achieving this was the addition of new body panels, some of which were developed using new techniques at Ferrari. One of these was 3D printing, which was used for the grilles of the various intakes. The grilles at the front in particular seem like they were carved from a solid volume.

This technique has been repeated for the air intakes at the rear of the car, and you'll also notice that the central section of the roof has a pattern that resembles the pattern used for the grilles over the intakes. One final key change over the F8 Tributo worth mentioning are the smaller side intakes, which were made possible by relocating the intercooler intakes directly behind the side windows.

No change has been made to the donor car's powertrain, meaning the SP48 Unica is powered by a 3.9-liter twin-turbocharged V-8 tuned to deliver 710 hp and 568 lb-ft of torque. The engine is mated to a 7-speed dual-clutch automatic and spins the rear wheels only.

Ferrari hasn't shown the interior of the car but said it closely matches the design of the donor F8 Tributo. Instead, the focus inside was on the color and trim options. This included laser-perforated Alcantara in black used on the seats and most of the cabin trim, as well as a laser-embossed hexagonal motif matching the design of the intake grilles, used on the door sills.