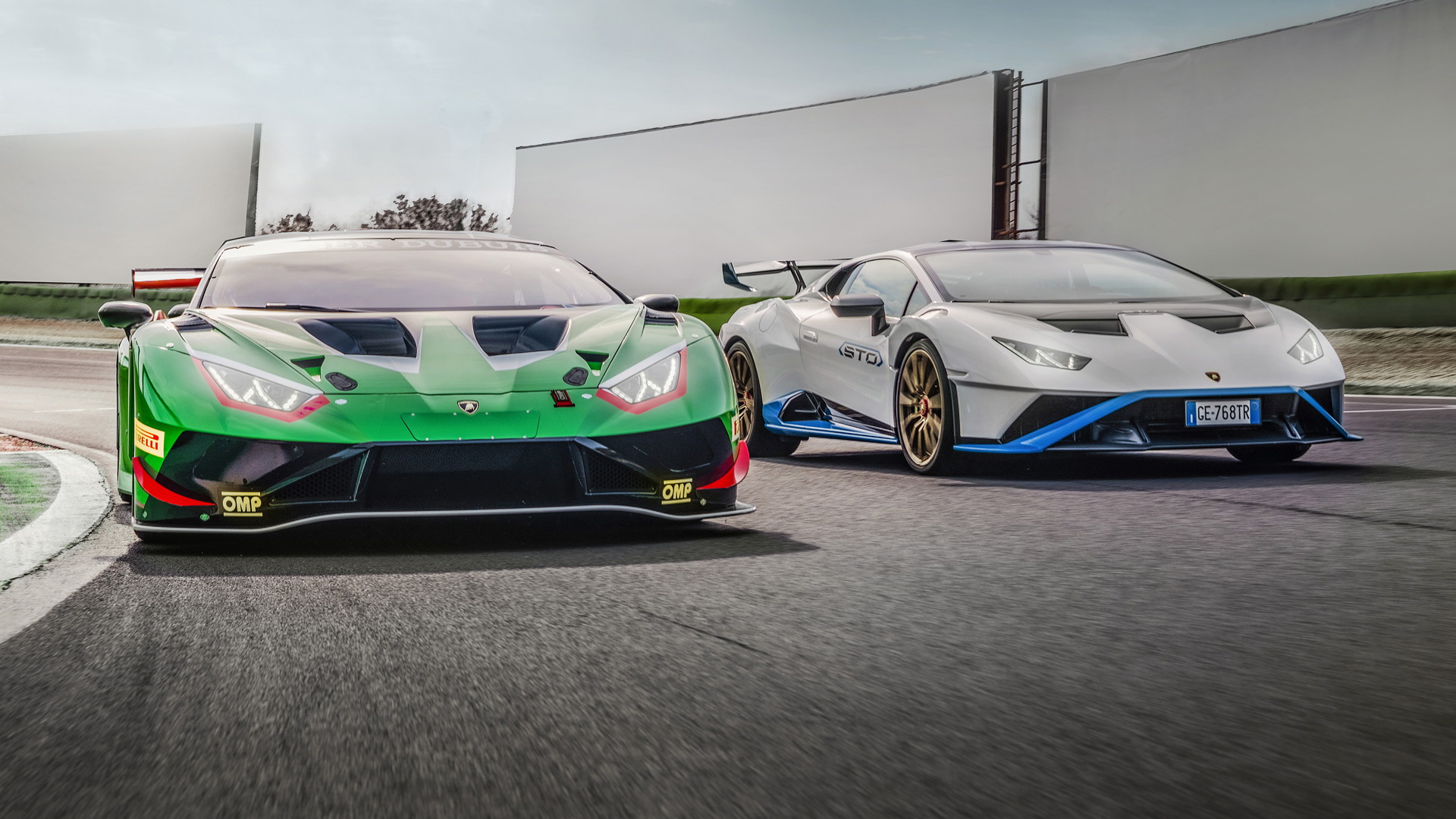 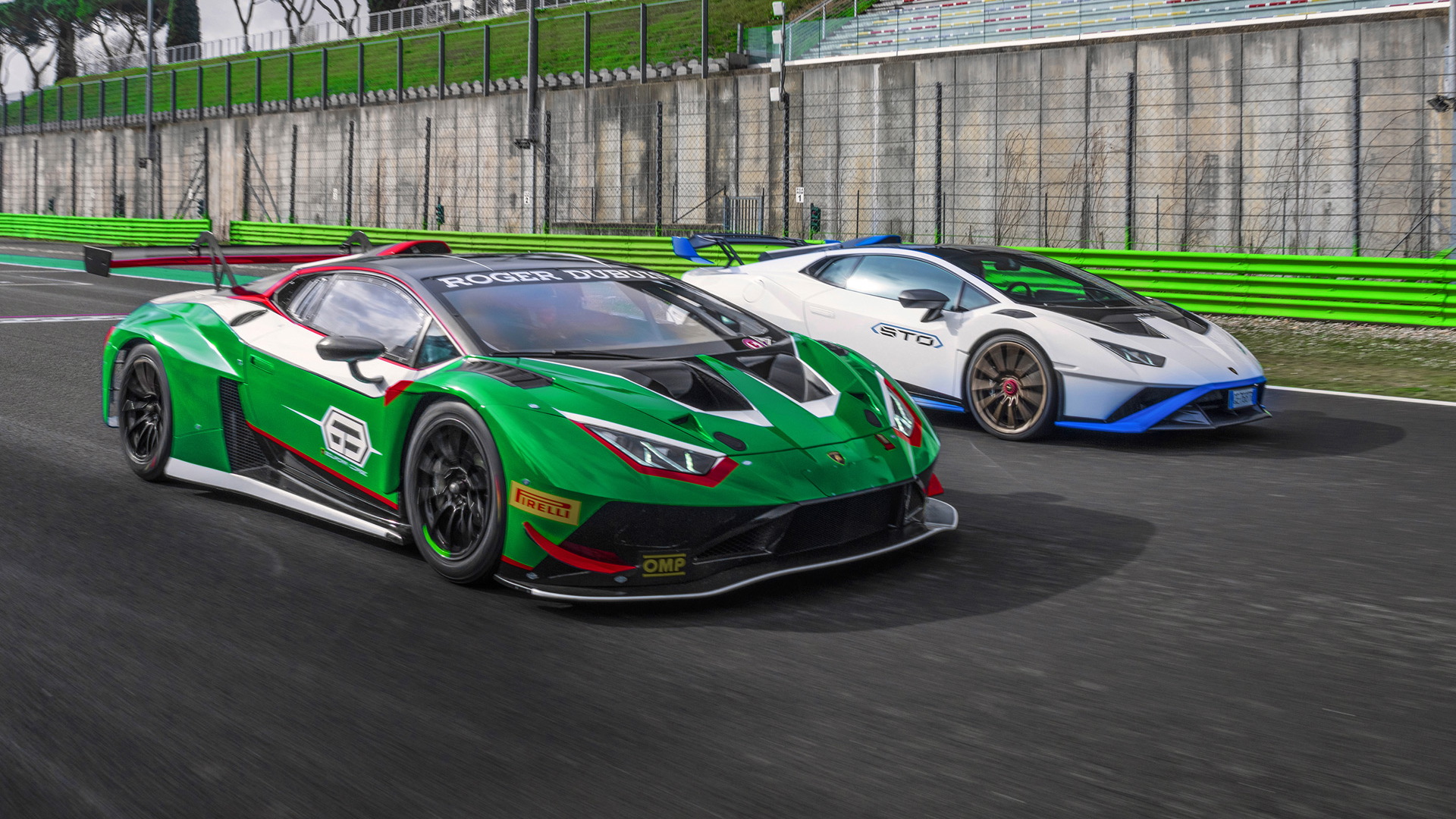 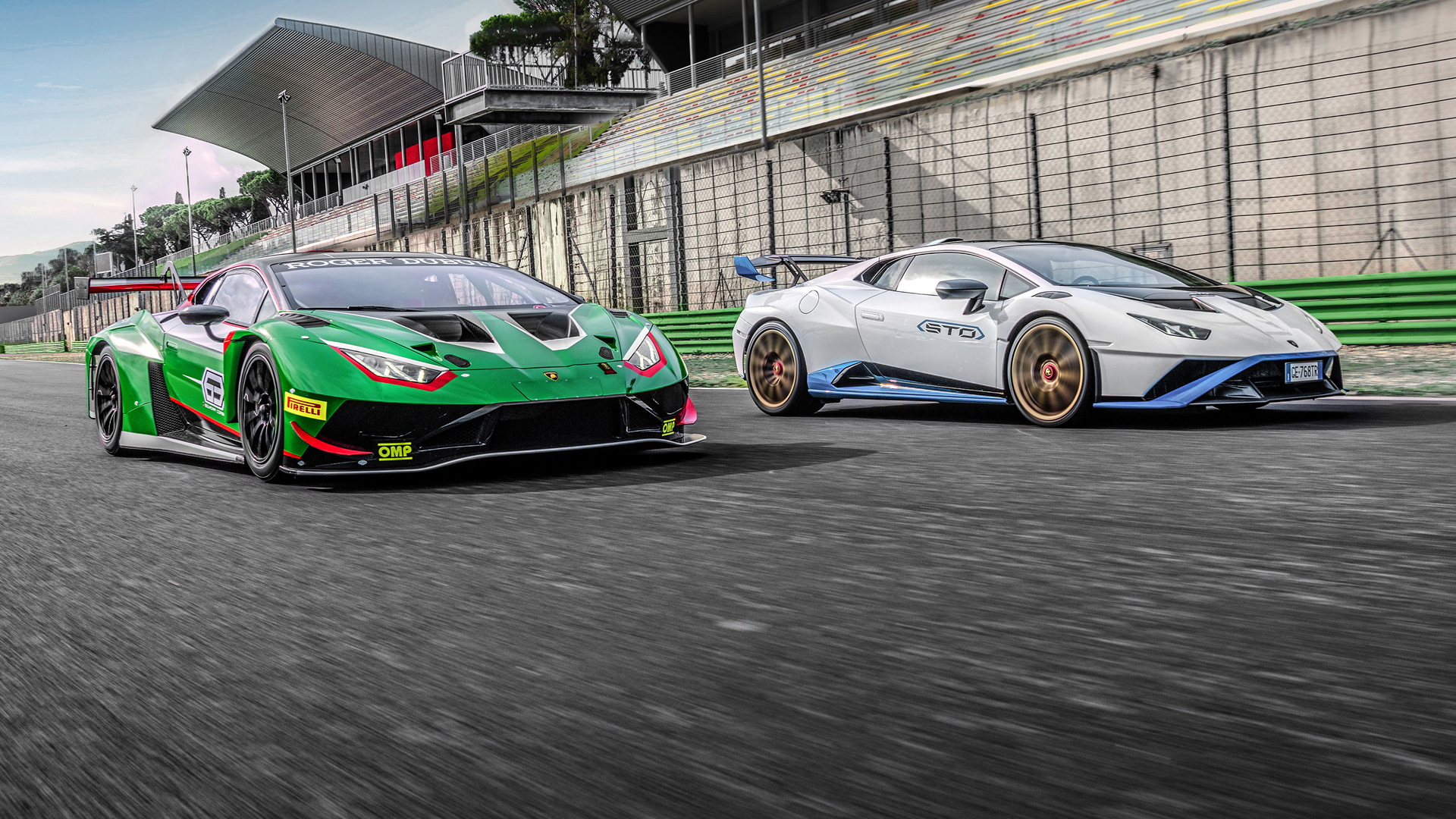 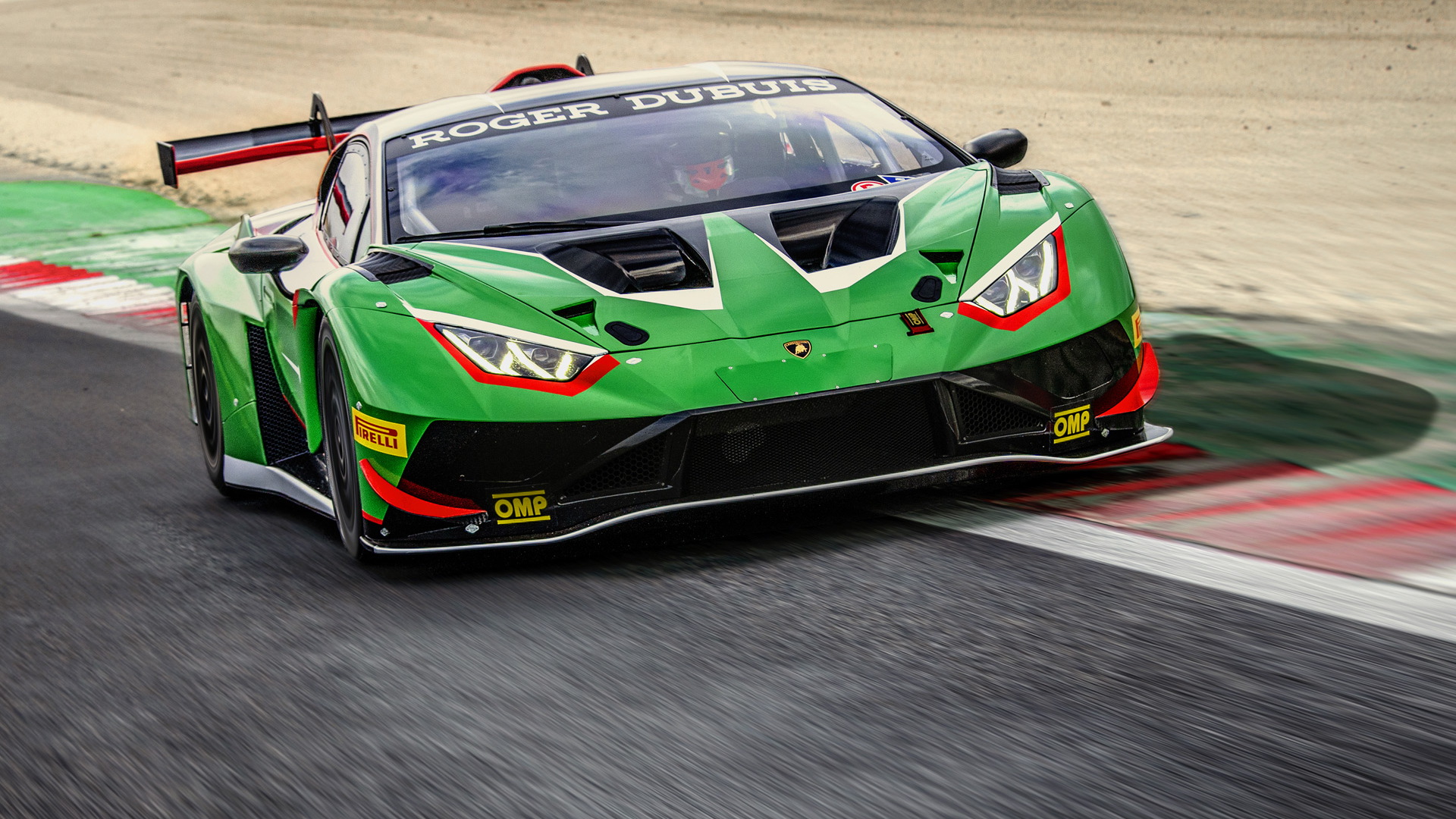 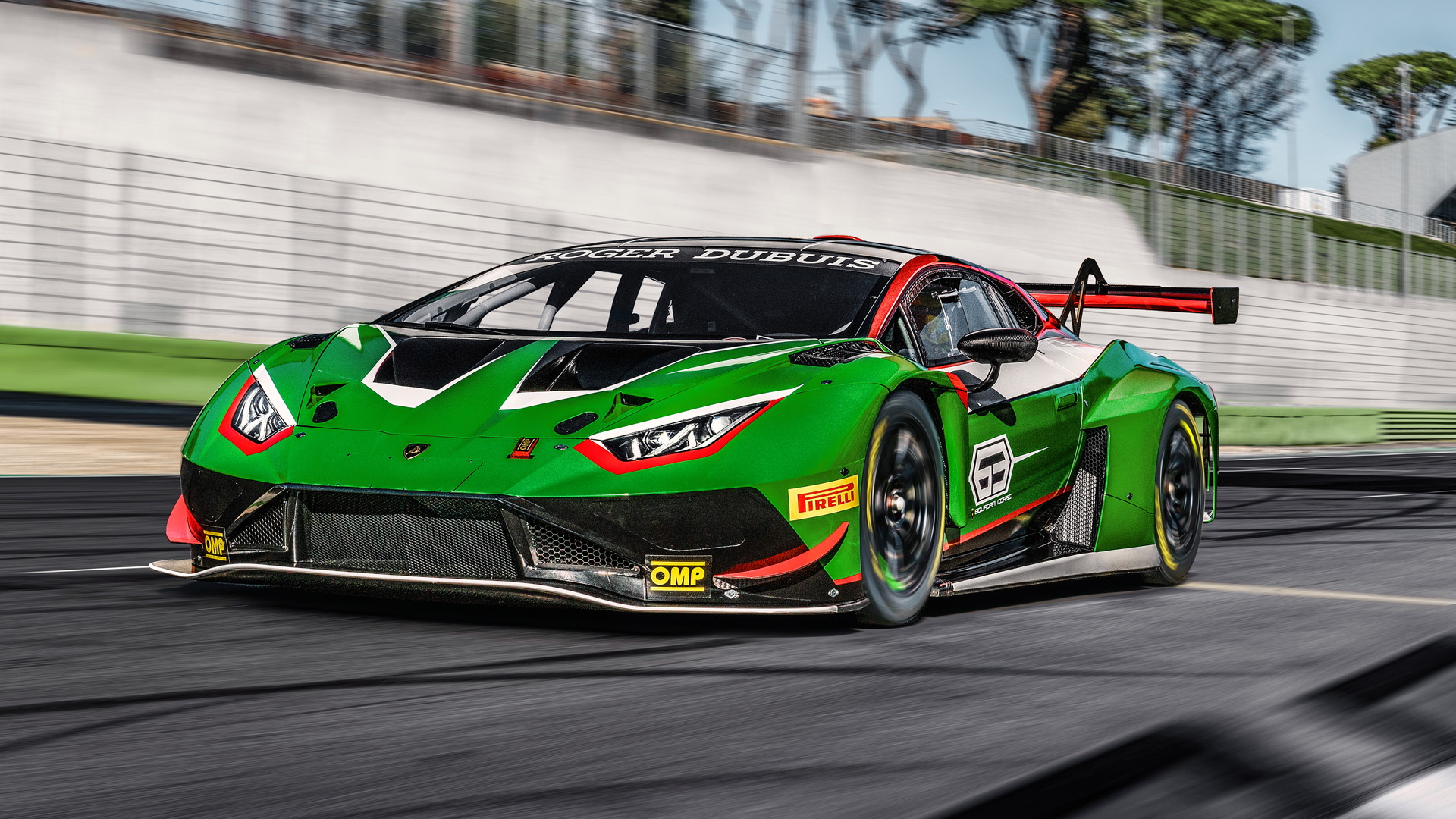 Lamborghini's Huracan GT3 has been given a makeover, which marks the second time the race car has been updated since its 2015 launch.

The latest update, which sees the race car adopt the designation Huracan GT3 Evo2, has focused on the aerodynamics, though there's also a new engine intake system and improved safety.

Lamborghini's Squadra Corse motorsport division also used the hardcore Huracan STO road car as the basis for the car, instead of the regular Huracan, and this can be seen in many of the design elements, such as the central fin and hexagonal-shaped roof scoop.

The roof scoop is connected to a snorkel, replacing the side air intakes used on the previous design. The particular setup is said to help improve responsiveness of the car's 5.2-liter V-10. In addition, the use of 10 electronically actuated throttle bodies is said to improve the efficiency of the engine's titanium valves.

The body is mostly carbon fiber, and integrated with this is a roll cage whose design has been upgraded to include two new rear pillars and carbon-Kevlar side panels for extra strength. Lightweight plexiglas is used for the windows.

The braking system has also been updated with new calipers and pads that provide a better balance between endurance and sprint races, according to Lamborghini. The brakes reside within 18-inch wheels shod with racing slicks from Pirelli. The tires measure 325/680 up front and 325/705 at the rear.

The Huracan GT3 Evo2 complies with the FIA's 2022 technical regulations, and the first teams should receive their cars in the second half of the year. Teams with the current Huracan GT3 Evo will be able to purchase a conversion kit that will bring their cars up to Evo2 spec.

The competition debut for the Huracan GT3 Evo2 will be the 2023 24 Hours of Daytona next January. The race will serve as the opening round of the 2023 IMSA SportsCar Championship.