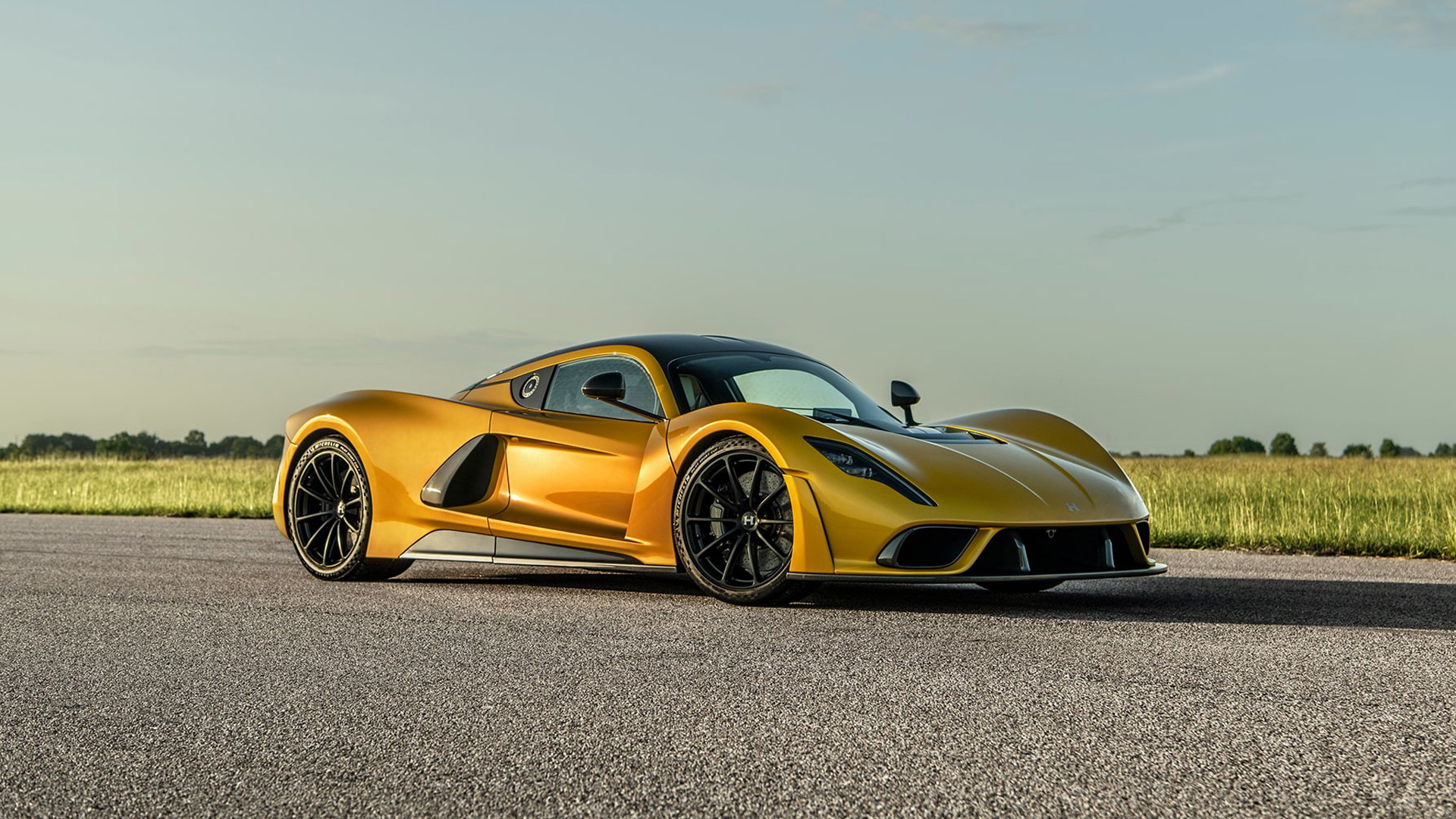 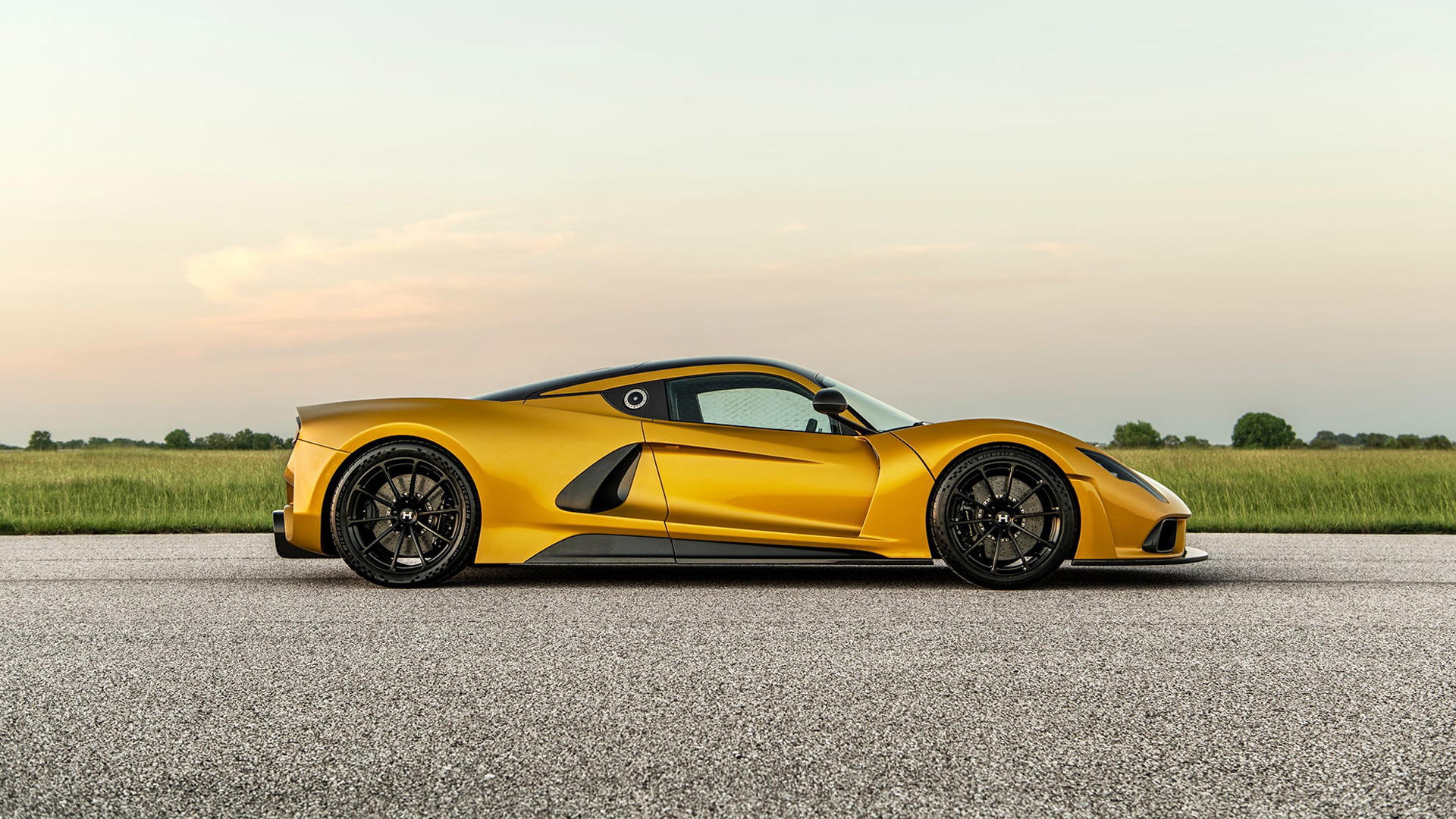 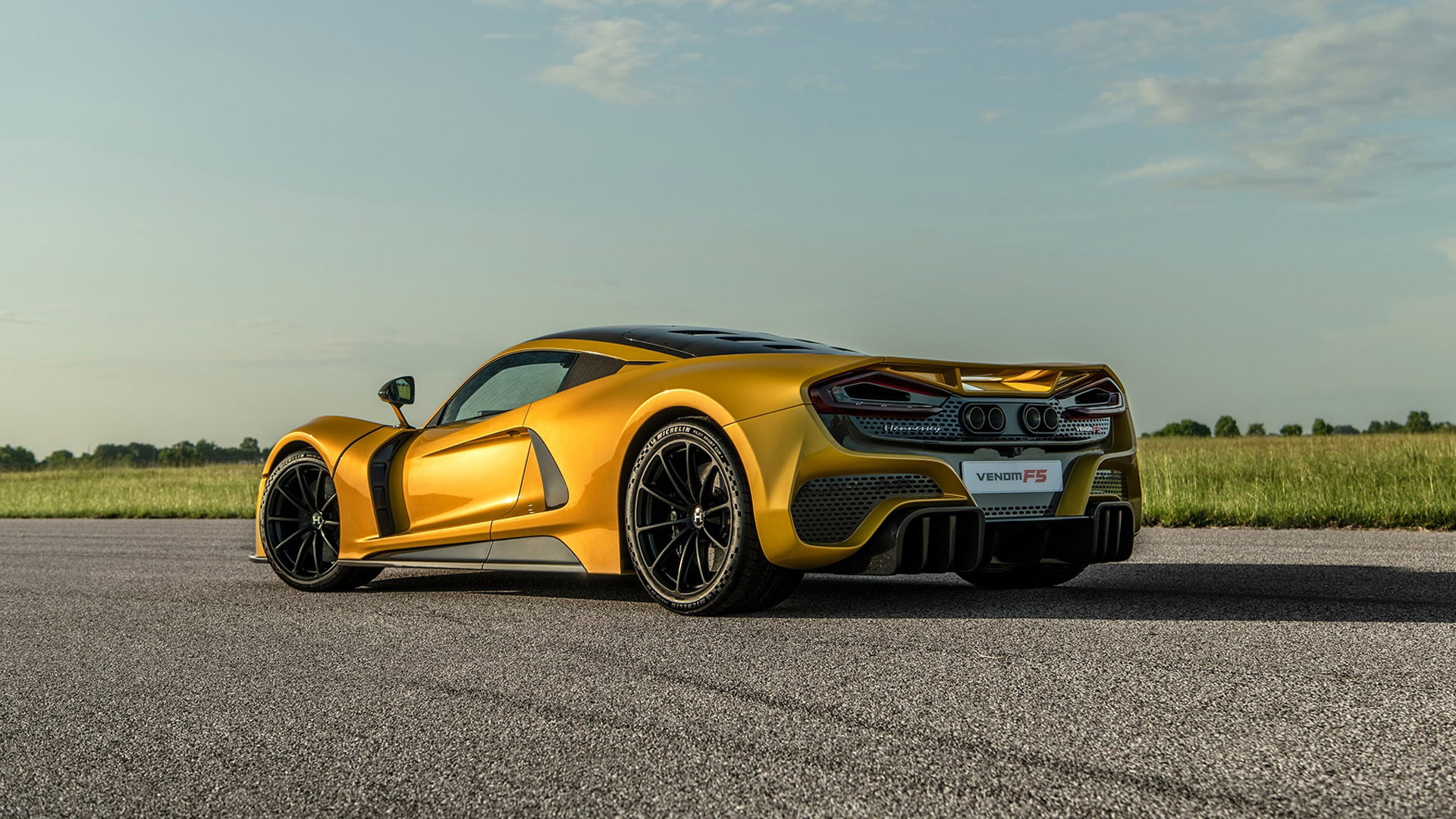 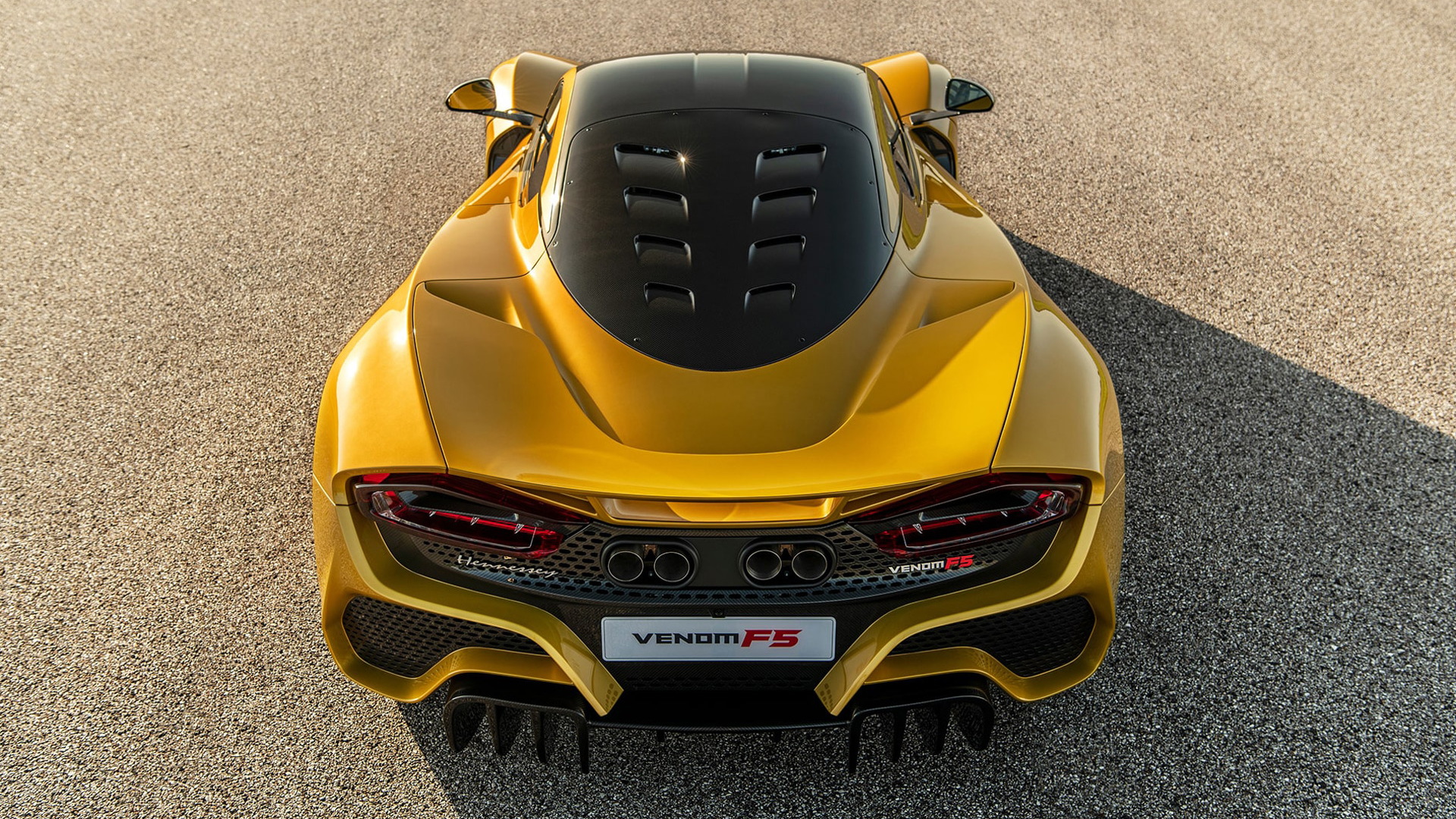 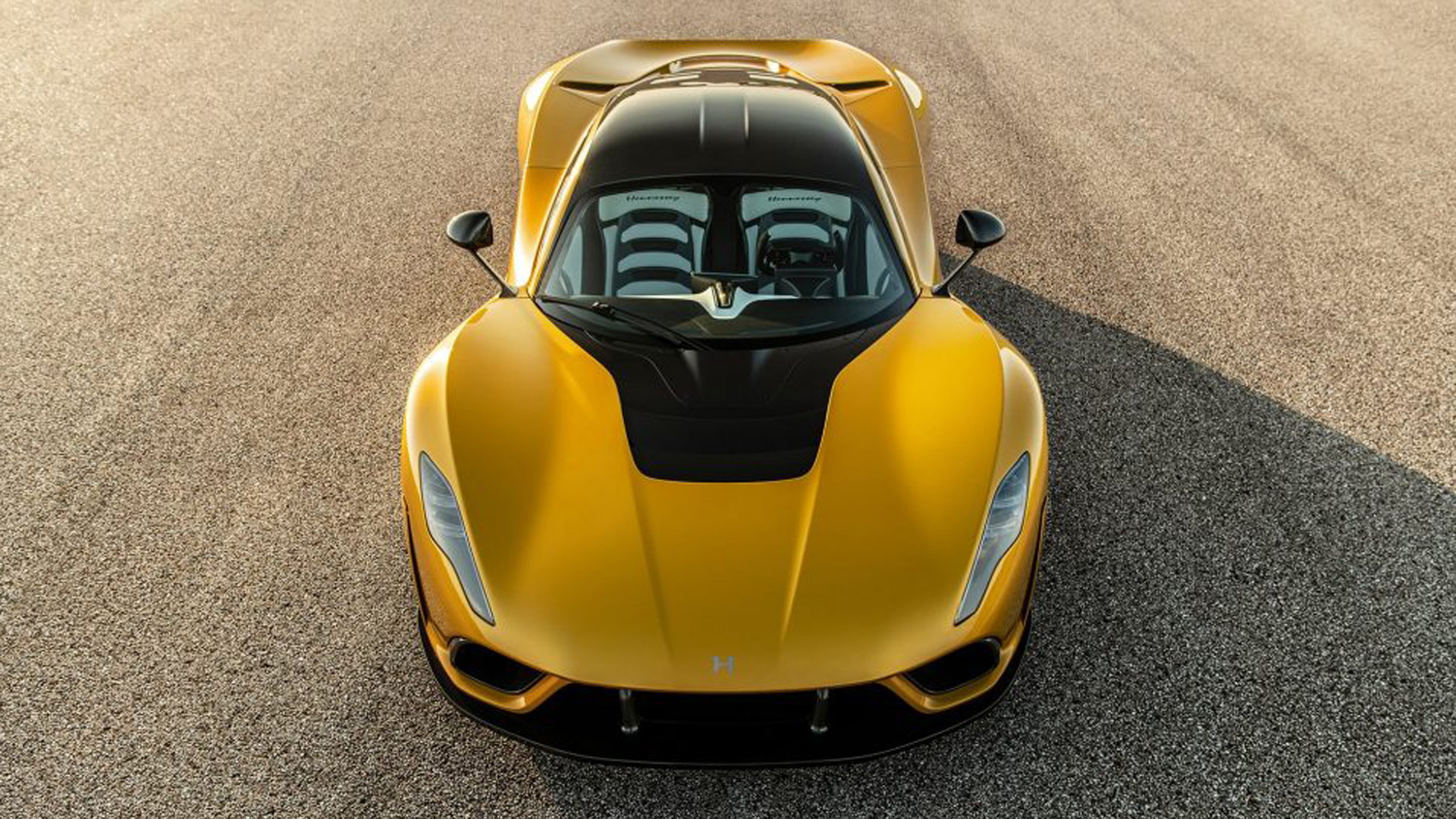 Hennessey started deliveries of its Venom F5 hypercar last fall and now the company is just months out from unveiling a new open-top version.

Hennessey on Tuesday announced the new Venom F5 Roadster and said the debut will take place on August 9. The car will then make a public appearance on Aug. 19 at The Quail, A Motorsports Gathering, one of the premier events of Monterey Car Week.

No further details have been announced apart from the car featuring the same 6.6-liter twin-turbocharged V-8 as its coupe sibling, meaning a peak output of 1,542 hp on pump gas and as much as 1,817 on E85. The mighty engine, nicknamed the Fury, is mated to a 7-speed automated manual transmission in the Venom F5 and spins the rear wheels only.

Expect the Venom F5 Roadster to feature a removable roof panel, just like its Venom GT Spyder predecessor. It isn't clear whether any major modifications were required for removing the roof, though it's likely the Venom F5's bespoke carbon-fiber tub was designed with the roofless option in mind.

Performance of the convertible should match the coupe, meaning 0-62 mph acceleration in 2.6 seconds or less, and a top speed of over 300 mph. Hennessey quotes a top speed of 311 mph for the coupe, though the highest the company has taken it is 271.6 mph. That was back in March and the company is planning additional runs.

Hennessey will build just 24 examples of the coupe and we'll likely see a similar production run for the convertible, though Hennessey hasn't confirmed this just yet. Interestingly, Hennessey has previously hinted at launching a high-downforce model designed for short lap times instead of high top speeds, so we could see even more versions of the Venom F5 at some point.