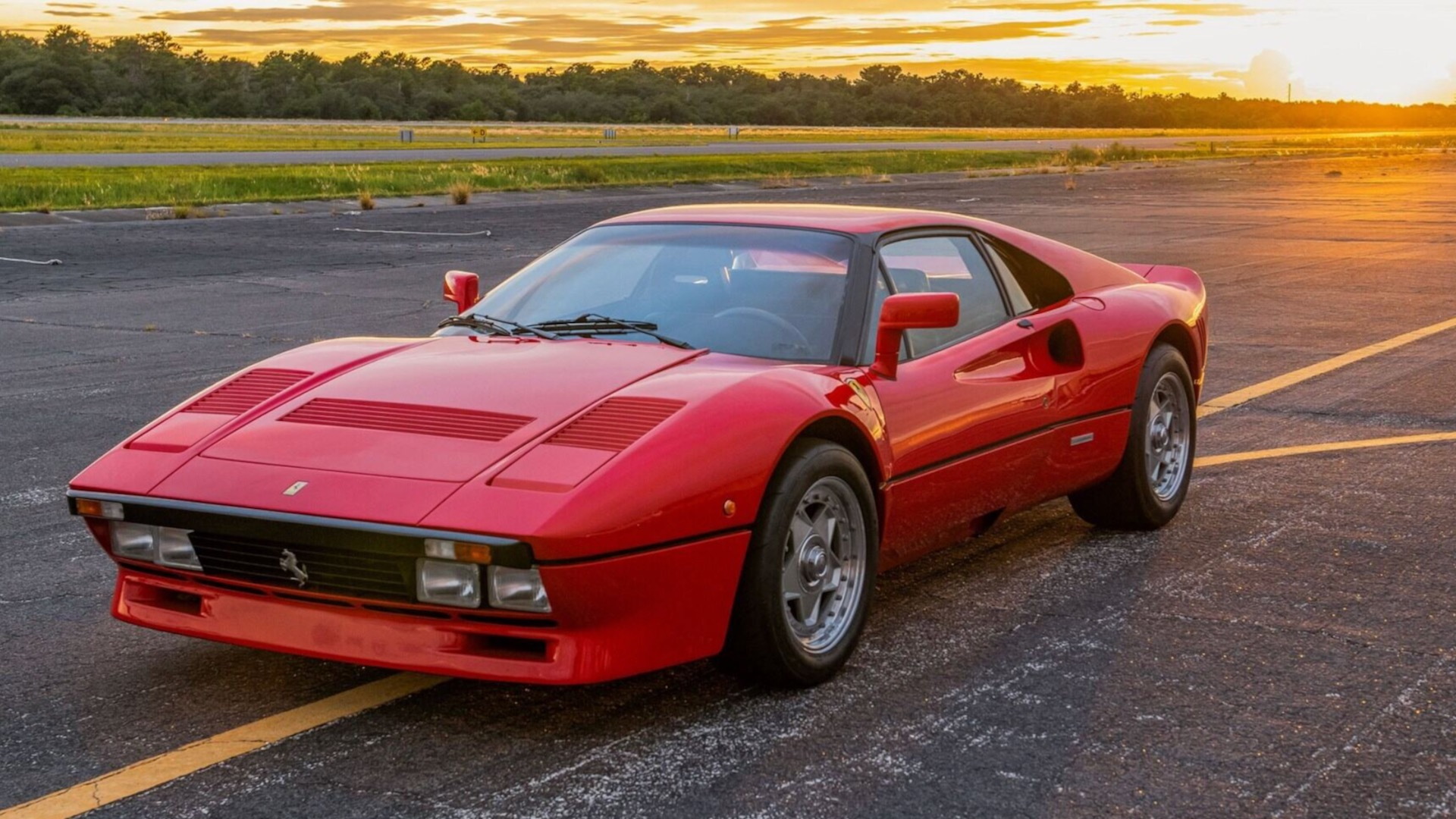 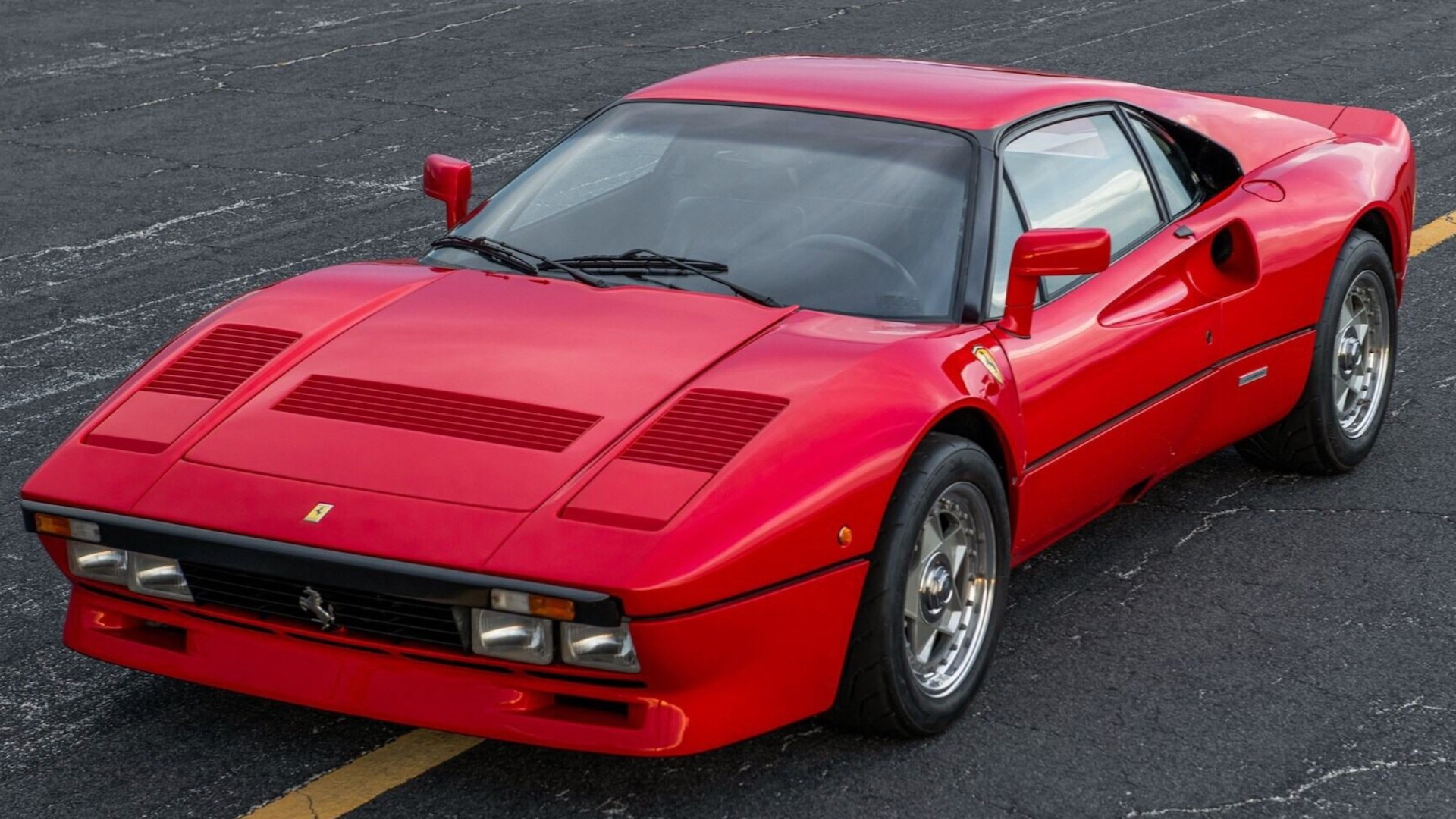 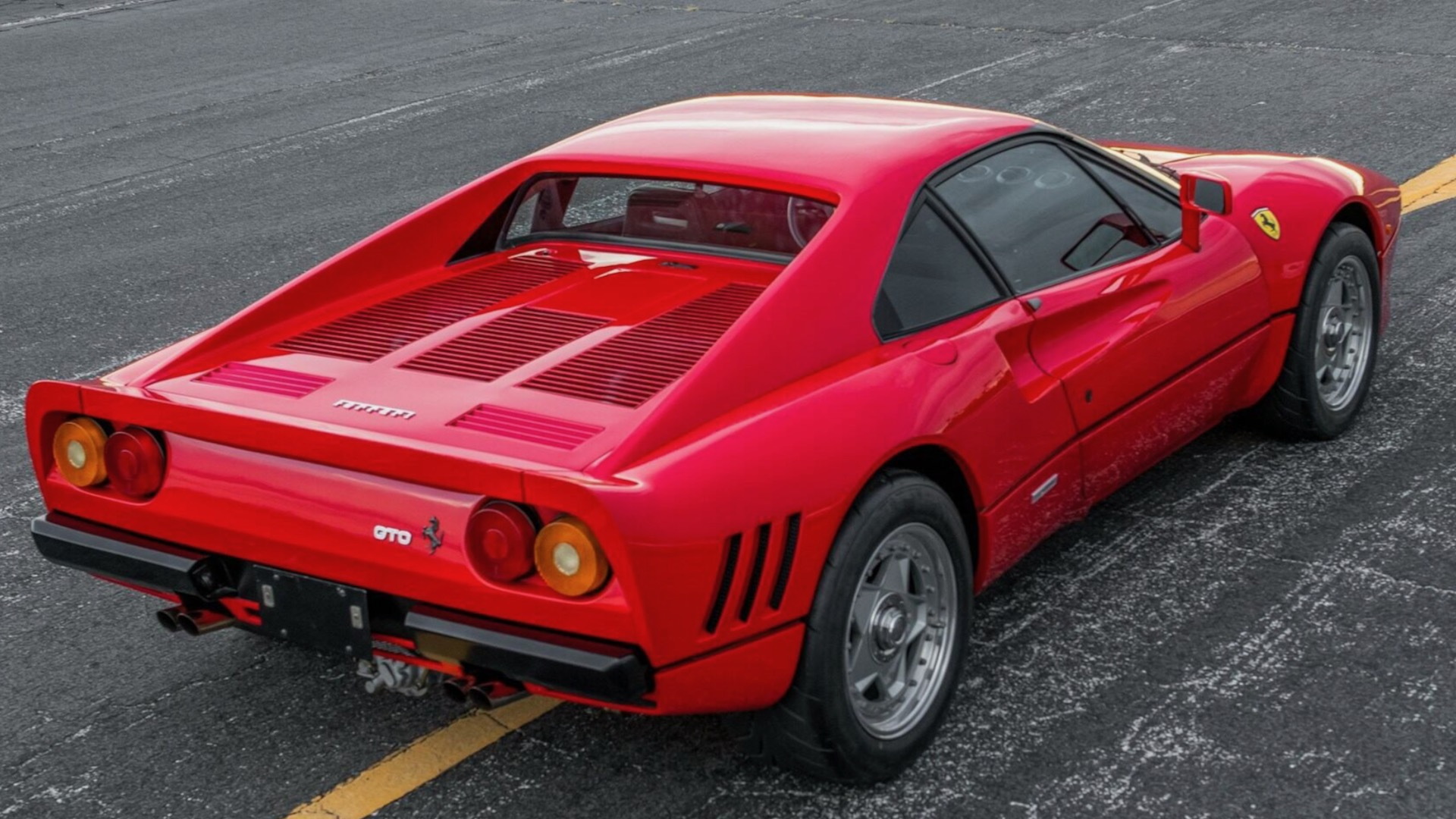 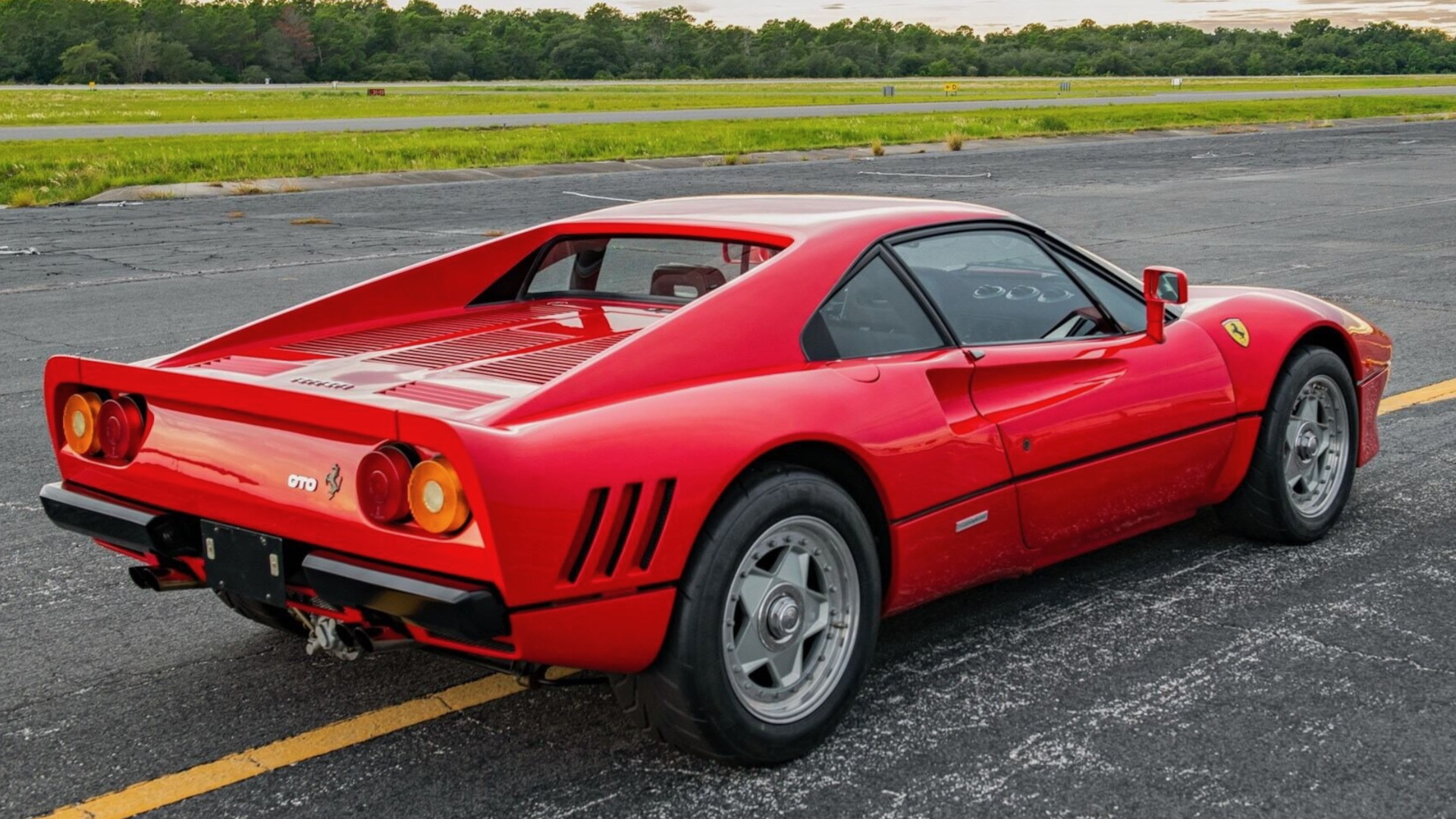 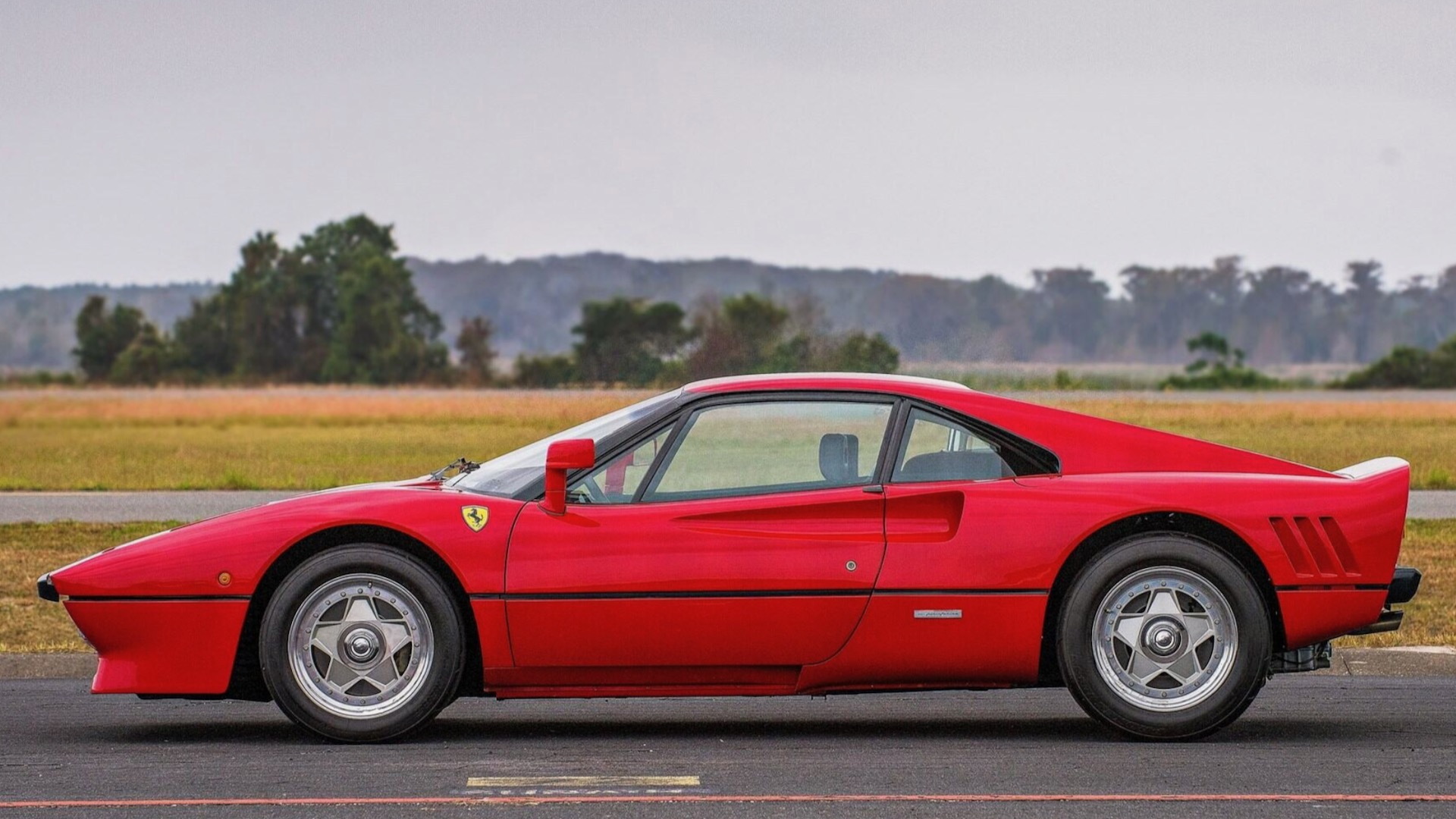 The 1985 Ferrari 288 GTO wasn't sold in the U.S. when new, but thanks to the 25-year rule this example will be offered for sale during RM Sotheby's auction coinciding with 2022 Monterey Car Week. It's scheduled to go under the hammer on Aug. 20.

The 288 GTO was the second car to wear the Gran Turismo Omologato moniker after the uber-rare and uber-expensive 250 GTO. Like its predecessor, the 288 GTO was intended as a racing homologation special, in this case for FIA Group B rally and road racing. But Group B was cancelled before the 288 GTO could race, leaving Ferrari with a hardcore road car to peddle to customers.

The V-8 is housed in a tubular steel chassis with mostly fiberglass body panels, although the hood and roof are made from a mix of carbon fiber and Kevlar. Large fender flares accommodate tires that are 8.0 inches wide at the front and 10 inches at the back.

This example—chassis 58335—was originally sold through a Los Angeles dealer, and has optional air conditioning and power windows. It is Ferrari Classiche certified and currently shows 9,323 miles on the odometer.

Ferrari ultimately built 272 copies of the 288 GTO, a lot more than the 39 examples of the 250 GTO, but less than the 599 copies of the 599 GTO (which wasn't intended for racing). That's the context for a pre-auction estimate of $3.7 million to $4.2 million—a substantial amount of money, but still a fraction of what a 250 GTO commands.