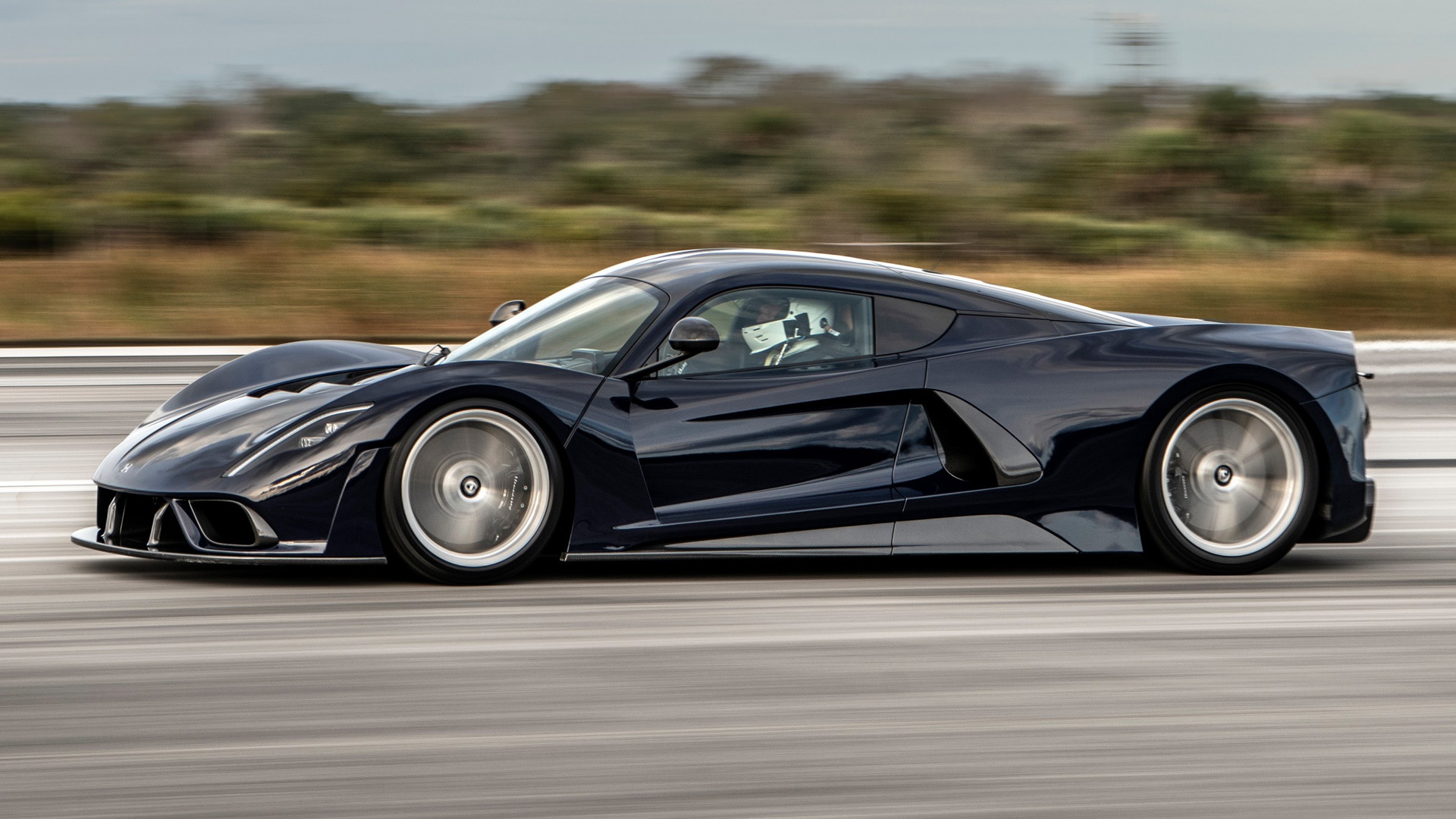 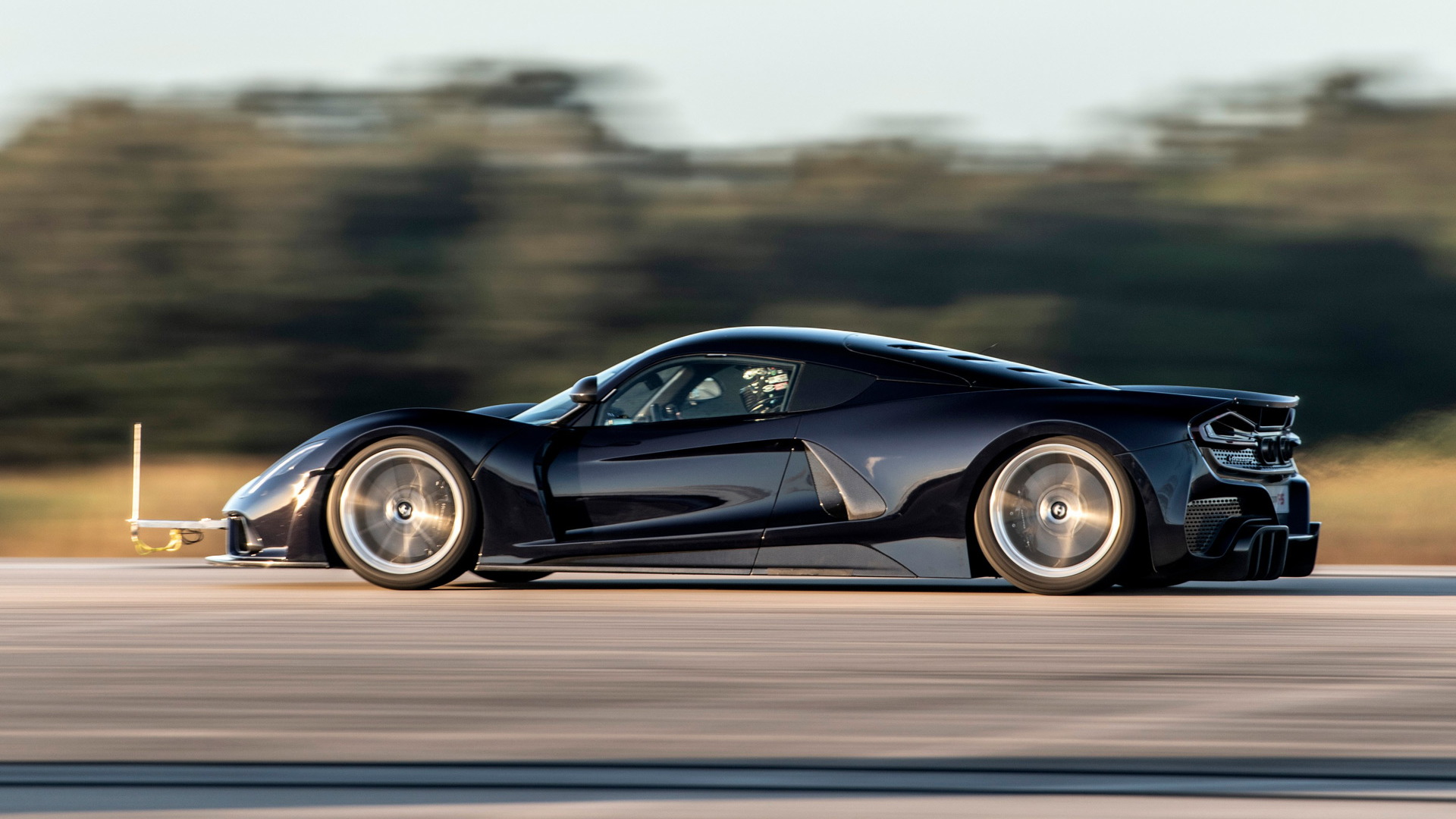 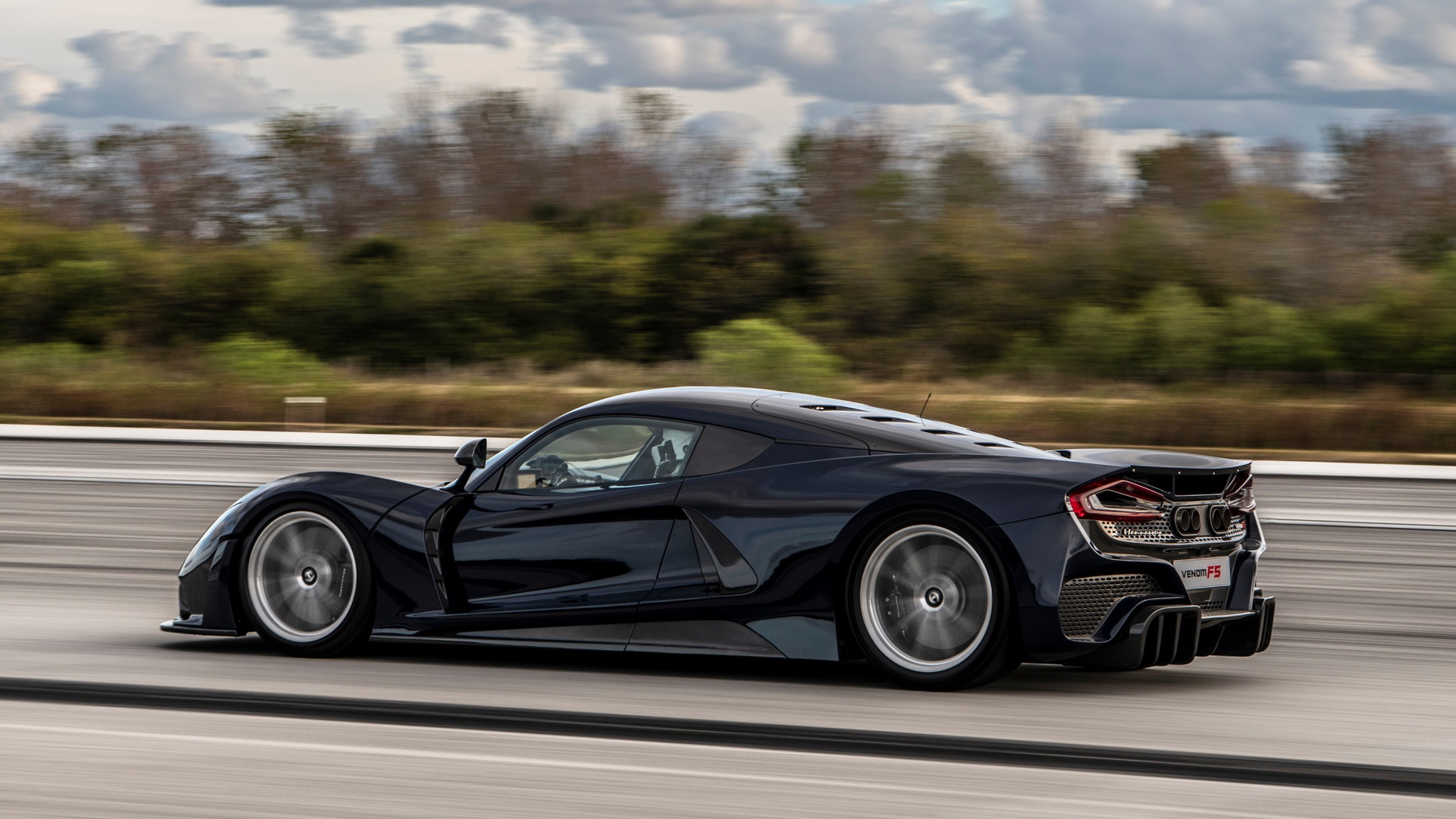 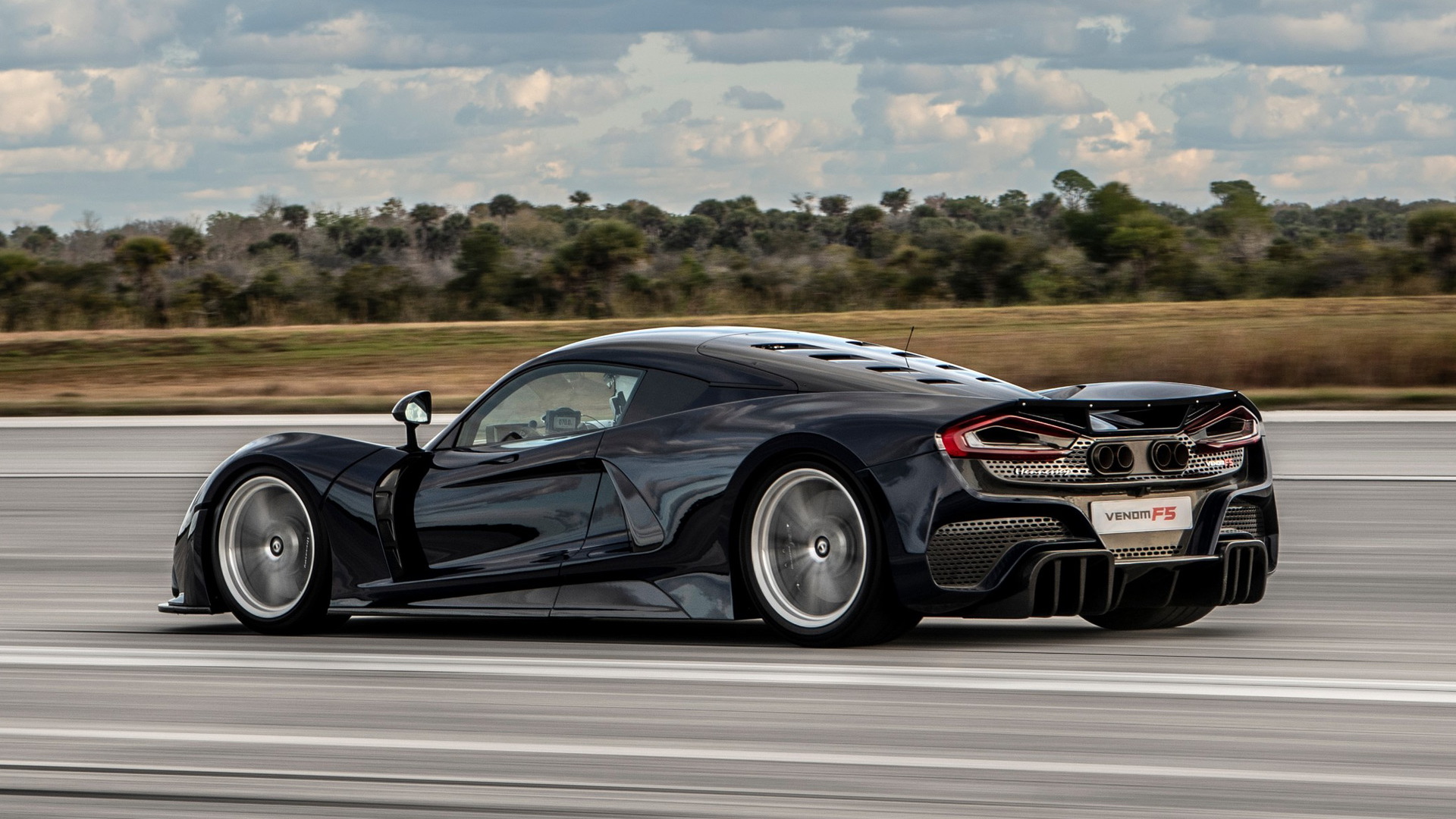 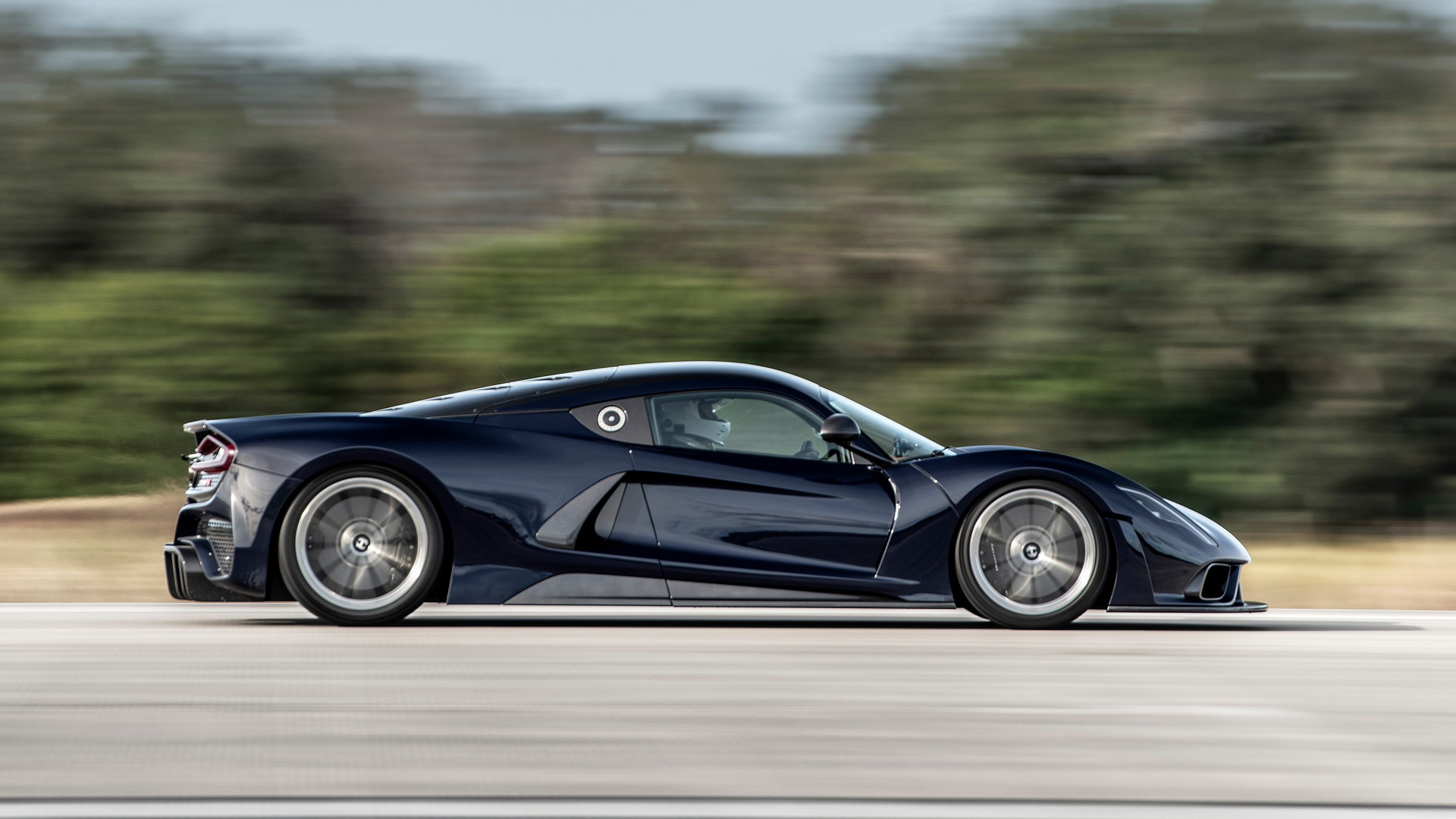 Hennessey on Wednesday said it has signed off on technical development of its Venom F5, with the final round of tests seeing the homegrown hypercar hit a top speed of 271.6 mph at NASA's runway in Florida.

Bugatti's Chiron Super Sport 300+ hit 304.773 mph in 2019, though this isn't considered an official world record as Bugatti didn't make the obligatory run in opposite directions.

Hennessey's final round of tests for the Venom F5 were for high-speed stability, braking and suspension validation, with veteran General Motors engineer John Heinricy doing most of the driving. He's chief engineer for the Venom F5 program.

The first of three rounds of high-speed testing was completed ahead of the hypercar's public debut at the 2021 Amelia Island Concours d'Elegance. During that time, the Venom F5 hit 200 mph. The second round completed in January saw the car hit 250 mph.

For ultimate performance, the Venom F5 runs in F5 Mode, which uncorks the full 1,817 hp and 1,193 lb-ft of torque of the car's 6.6-liter twin-turbocharged V-8, when on E85 (peak power reaches 1,542 hp on regular gas). The mode also allows the engine to rev to 8,500 rpm, instead of 8,200 in all other modes. Power is handled by a CIMA 7-speed single-clutch automated manual transmission. 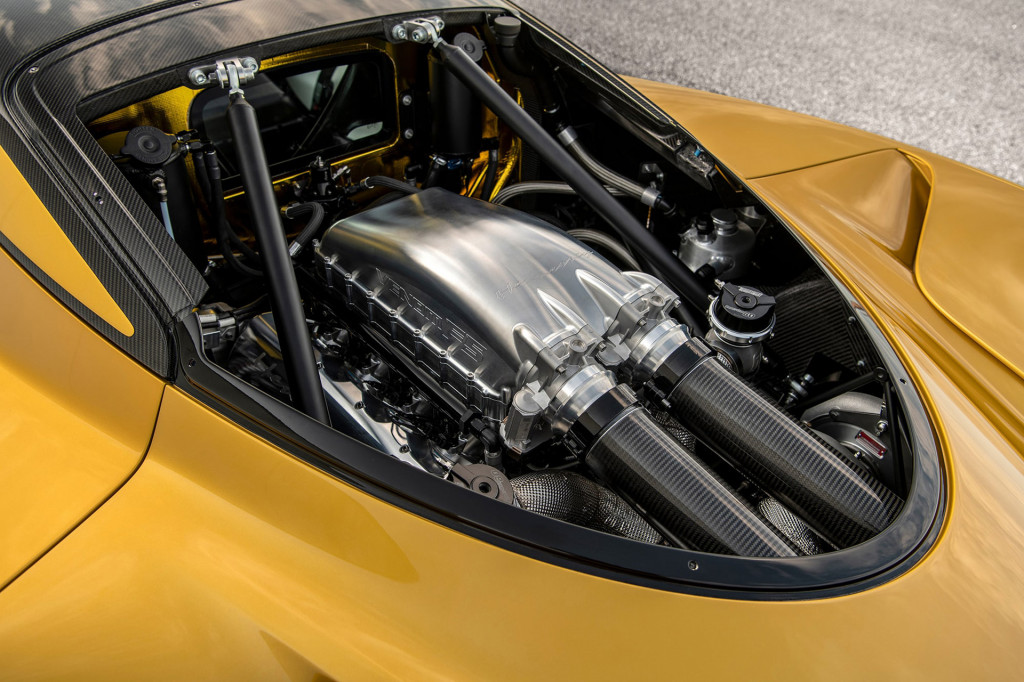 In addition to the unused Air Force base, the testing program has included stops at Hennessey's own Sealy, Texas, site and the U.K.'s Silverstone Circuit, where the first of 24 Venom F5 hypercars was built.

As with the Venom GT, Hennessey is looking to break the production car land speed record. Hennessey said it plans to continue the build up to 300 mph and beyond toward the end of the year. That's later than originally planned as Hennessey is focused on building and delivering customer cars. Hennessey is building the cars at the rate of 12 per year and will only build 24 in total. 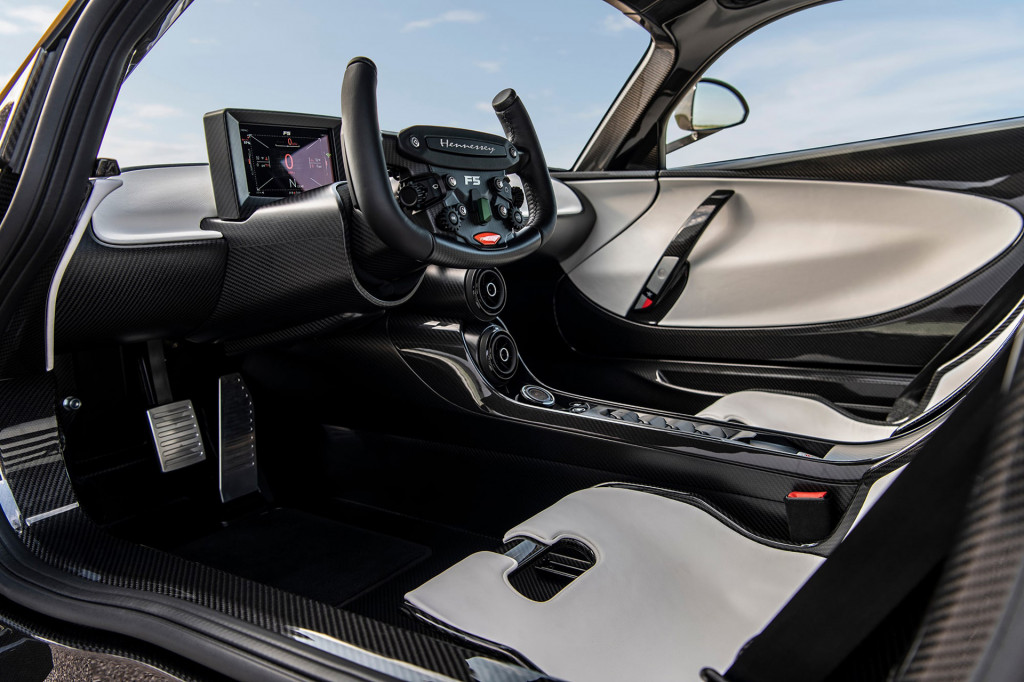 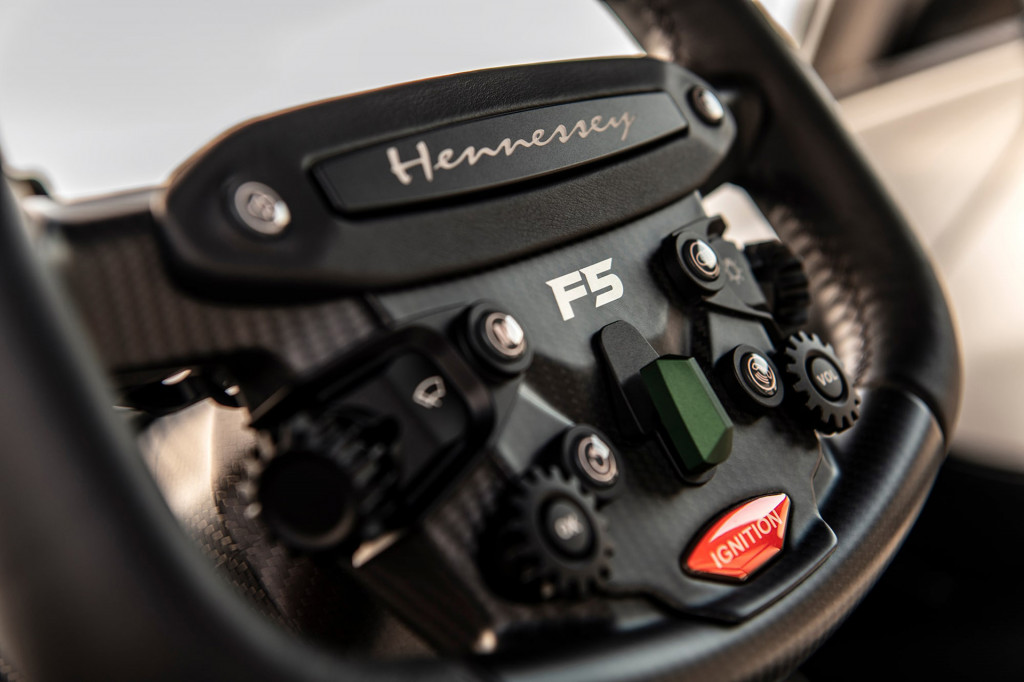 “Having completed technical development of our Venom F5 hypercar, we are excited to move to a new phase as we switch focus to scaling-up production of customer cars,” John Hennessey, Hennessey's CEO and founder, said in a statement. “During final validation of the F5, we passed 270 mph and we intend to continue our journey to 300 mph toward the end of the year.”

The company previously said it was considering a top-speed run on a closed section of Texas highway, using a customer car. An alternative could be at the NASA runway. Stay tuned.