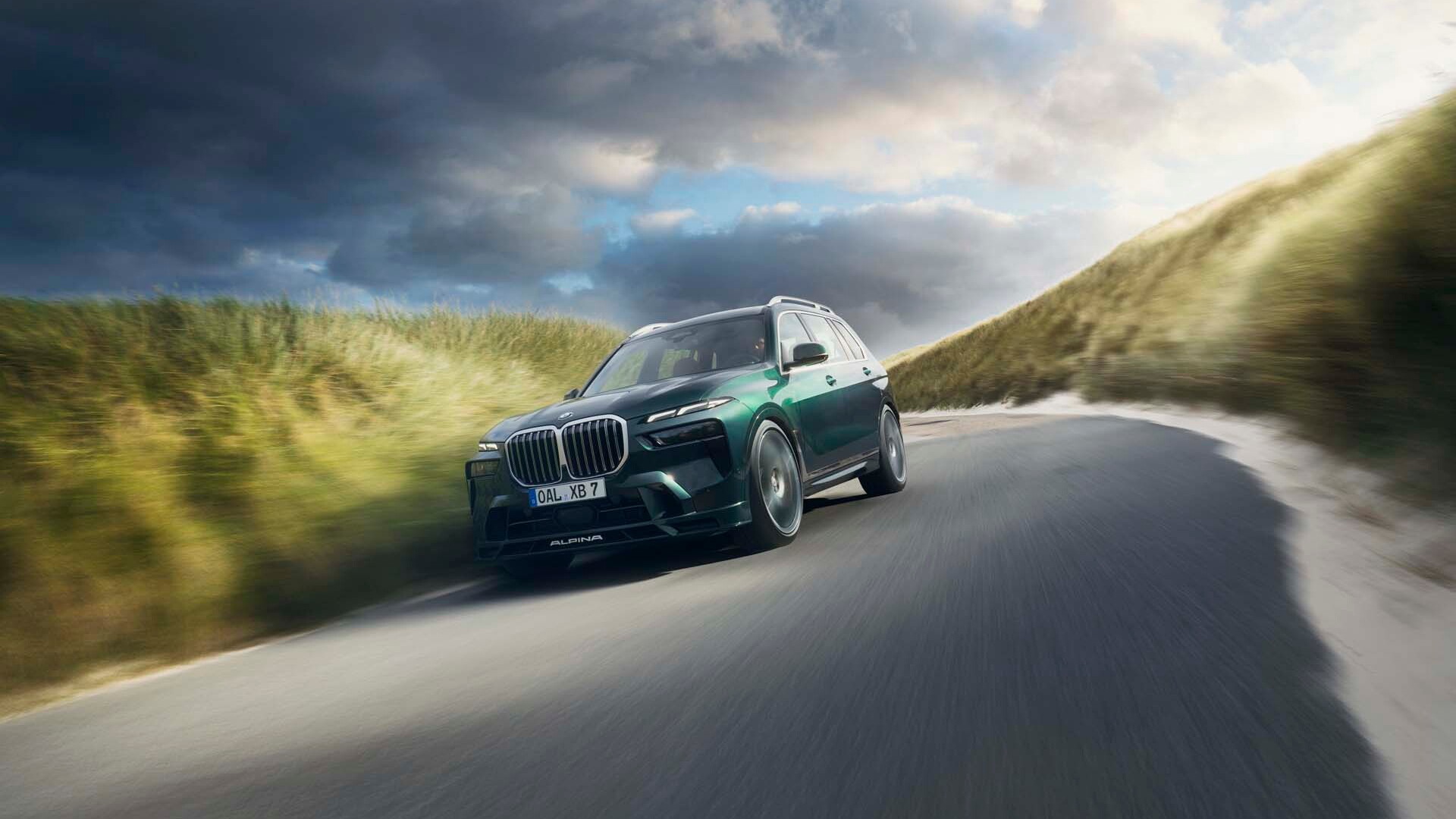 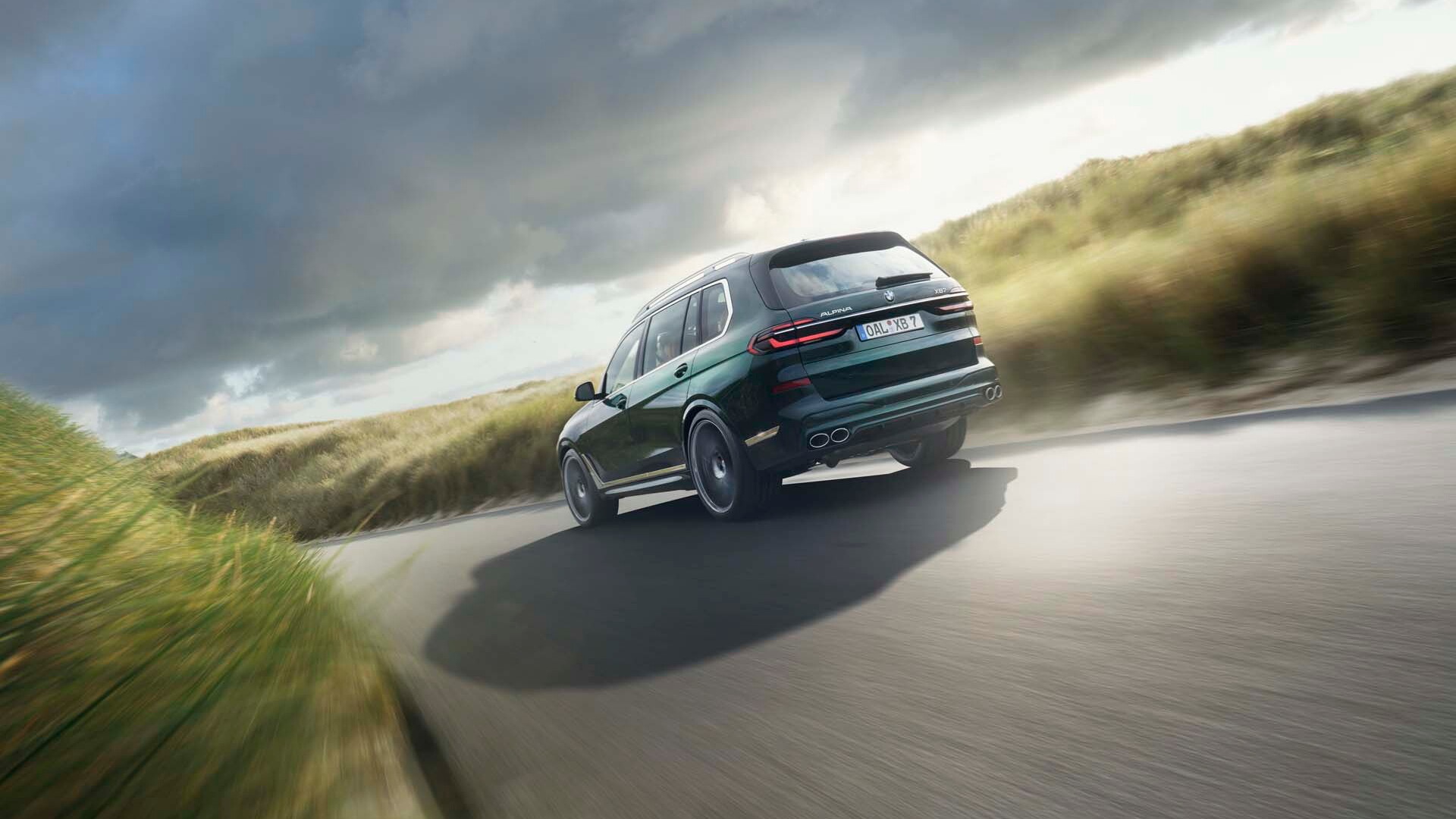 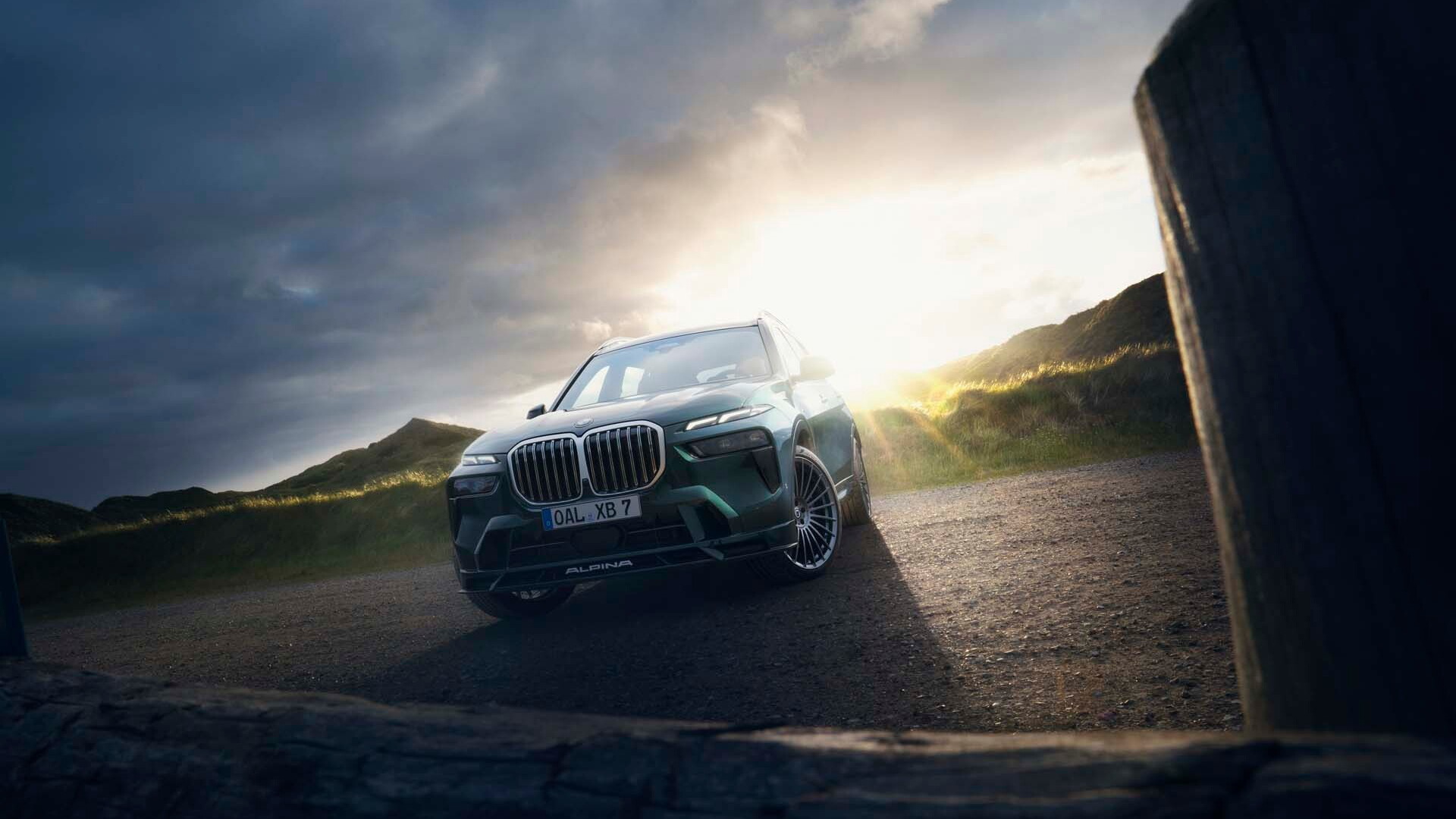 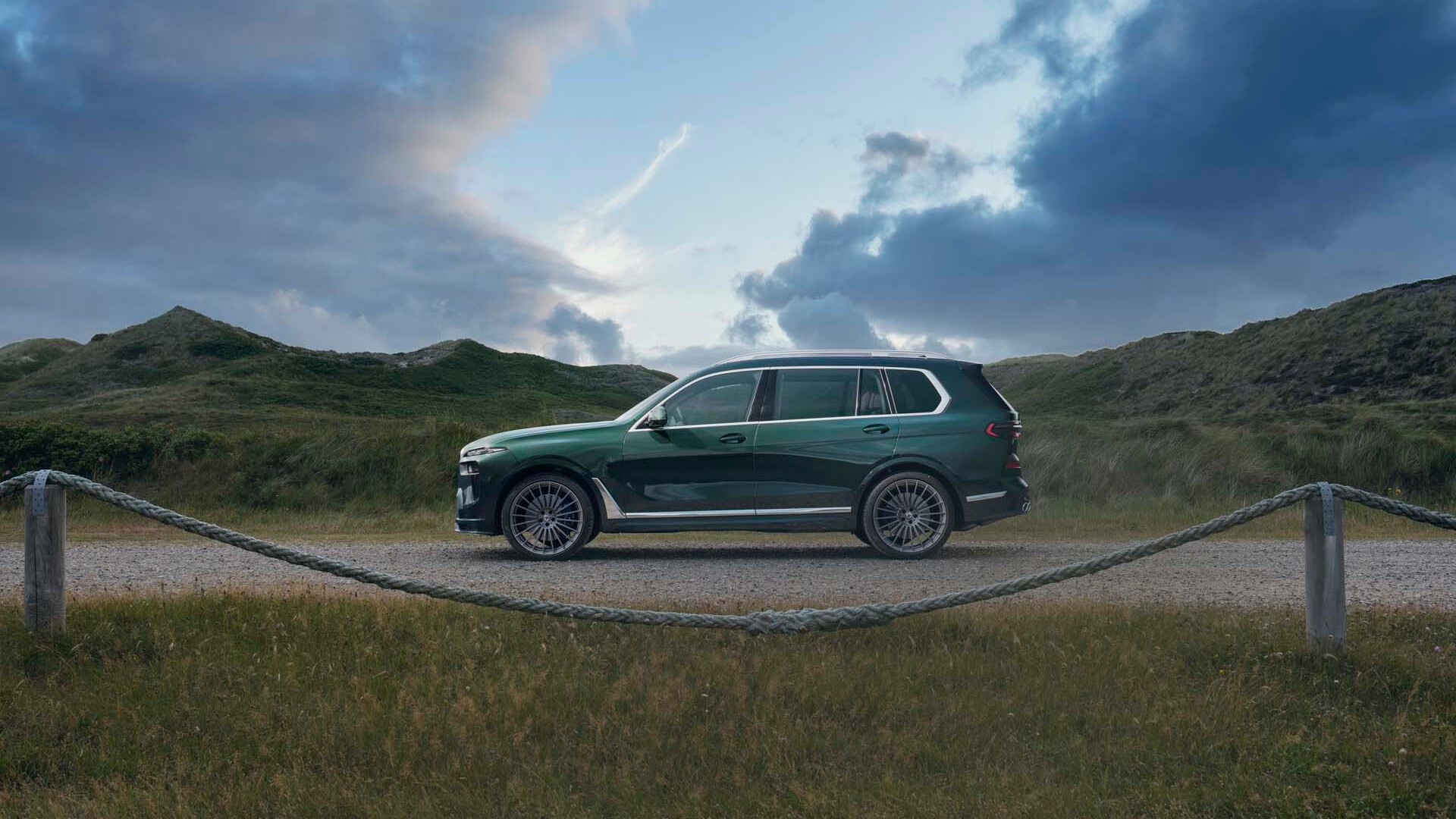 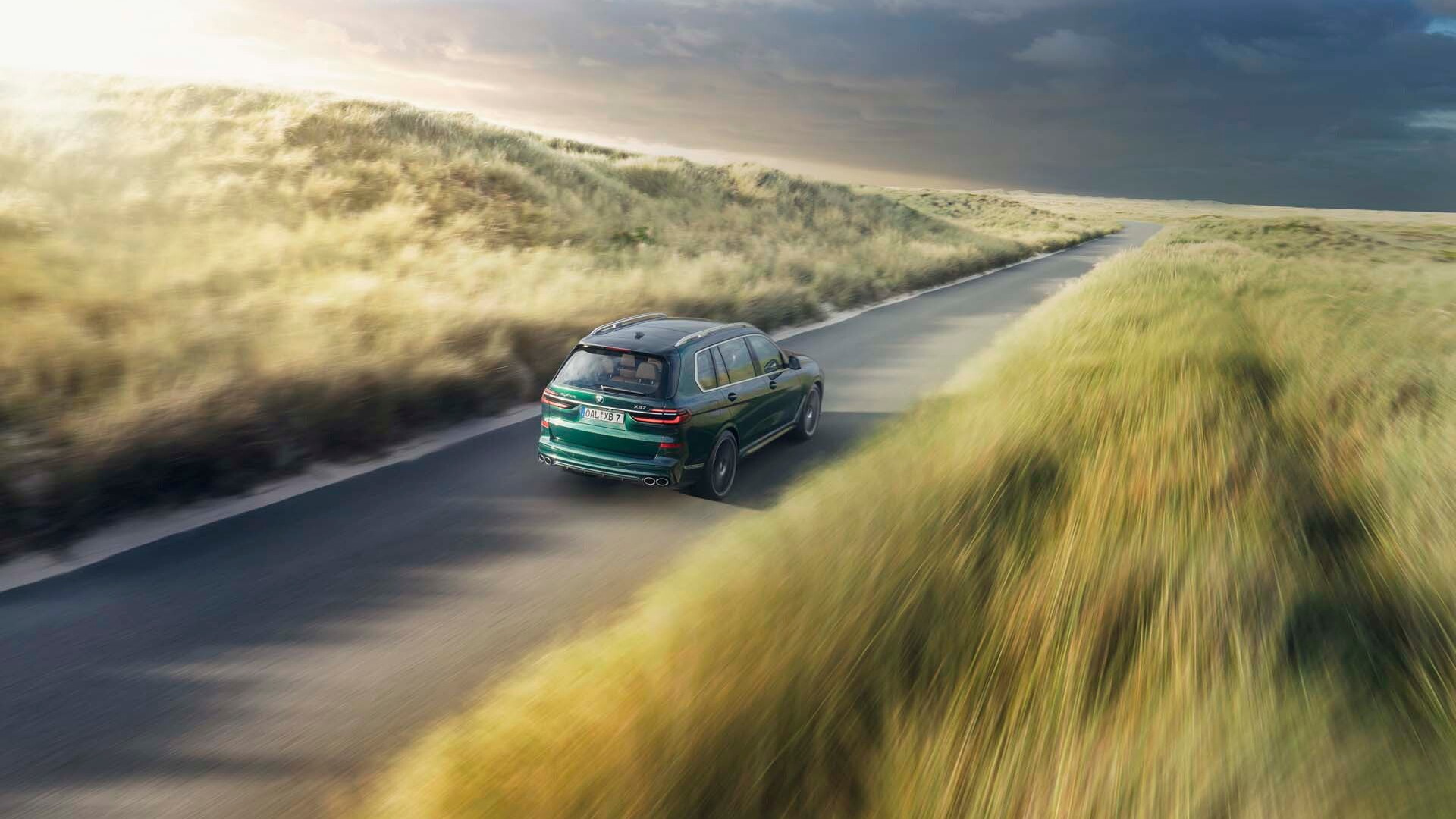 BMW's X7 was updated for 2023 and on Tuesday the automaker showed off the high-performance version developed by Alpina, the BMW Alpina XB7.

Alpina has been making BMWs go faster for more than 50 years, and has generally operated as a semi-official tuner. However, BMW made the partnership official in March by buying the rights to the Alpina brand. Starting from 2025, Alpina vehicles will be built by BMW at its own plants. Alpina's own operations will focus on vehicle development, as well as servicing, plus parts and accessories. The move will enable BMW to substantially increase the number of Alpinas built annually from the current rate of only a few thousand vehicles per year.

The updated X7 reaches dealerships this fall and the updated XB7 will follow early next year, also as a 2023 model. Order books for the XB7 are already open and the starting price is confirmed at $145,995, including a $995 destination charge.

Like the regular X7, the updated XB7 sports a new look with split headlights, an illuminated grille, a front end with pronounced air intakes, and an Alpina-specific look at the rear. Alpina also has separate wheel designs for the updated XB7. There are two standard designs, both measuring 21 inches in diameter, as well as a 23-inch option with Alpina's signature 20-spoke design. Buyers can choose between summer performance tires or all-season run flats.

The big news concerning the updated XB7 is the new powertrain. It consists of a newly developed twin-turbo 4.4-liter V-8 mated to a mild-hybrid system. The same engine is found in the X7 but Alpina's version sports an Alpina-specific engine management system and upgrades to various cooling systems, including the intercooler for the turbocharging system.

The engine is mated to the same 8-speed automatic transmission used in the X7, albeit with upgrades designed to cope with the extra torque while also providing quicker shifts. Drive is to all four wheels, and a limited-slip differential at the rear axle further helps to improve handling at the limit. All-wheel steering, active roll stabilization, and an air suspension with Alpina-specific damper tuning are standard. Stopping power comes from 4-piston Brembos, with 15.5-inch rotors up front and 15.7-inch rotors in back.

Alpina also adds its own touches in the cabin, like a new steering wheel and distinctive seat trim. The updated X7 on which this BX7 is based has benefited from a major step up in luxury over the previous X7, including a new design for the center console, as well as the addition of a floating screen for the instrument cluster and infotainment hub, with unique graphics added in the Alpina.

The vehicle runs the latest version of BMW's iDrive infotainment system and also includes the latest in BMW electronic driver-assist features. One of these is Maneuver Assistant, a feature that can record GPS data and steering inputs for tricky maneuvers, like a tight parking garage at work or a narrow driveway at home, and then execute them automatically. Up to ten maneuvers can be stored.