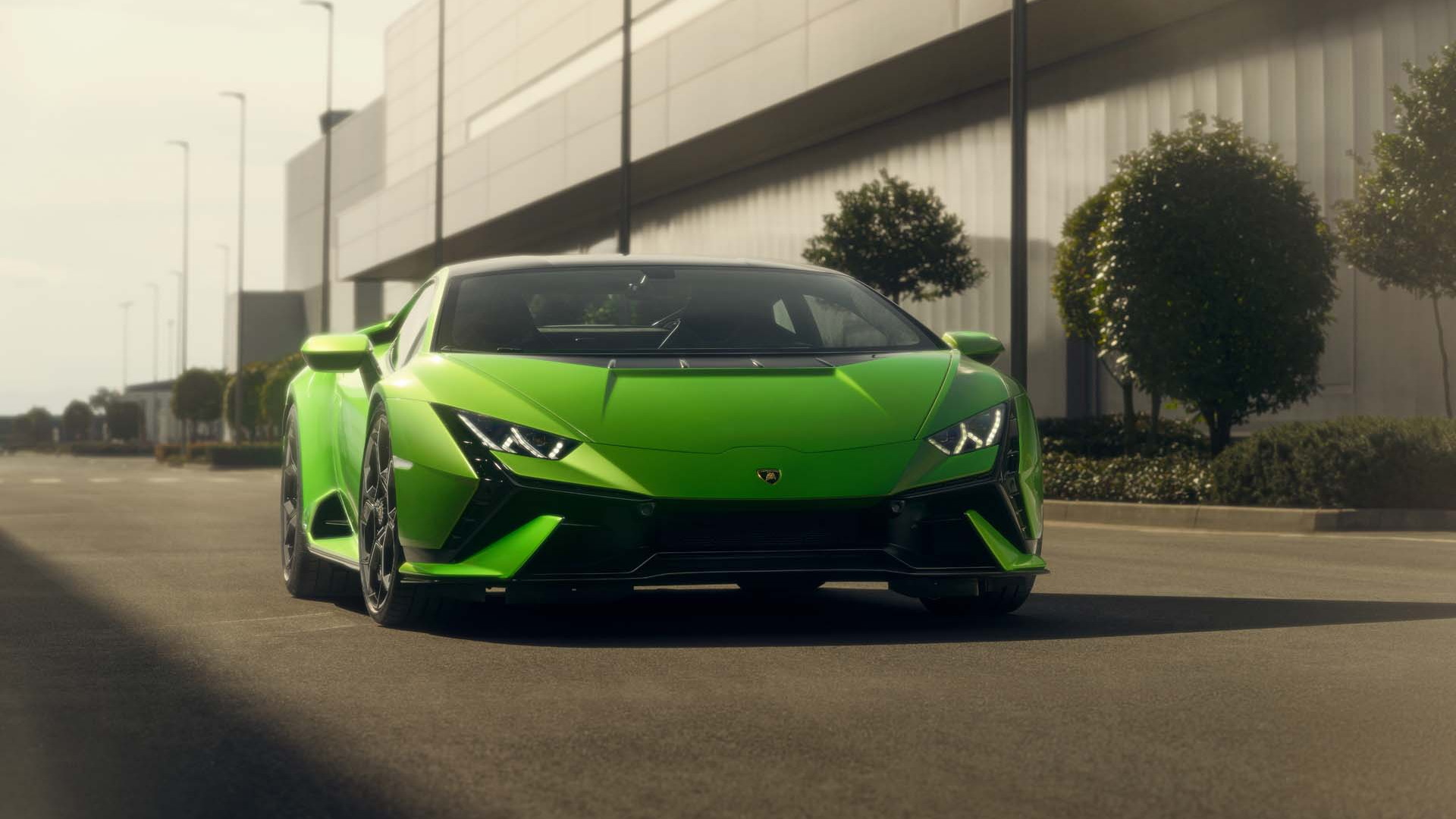 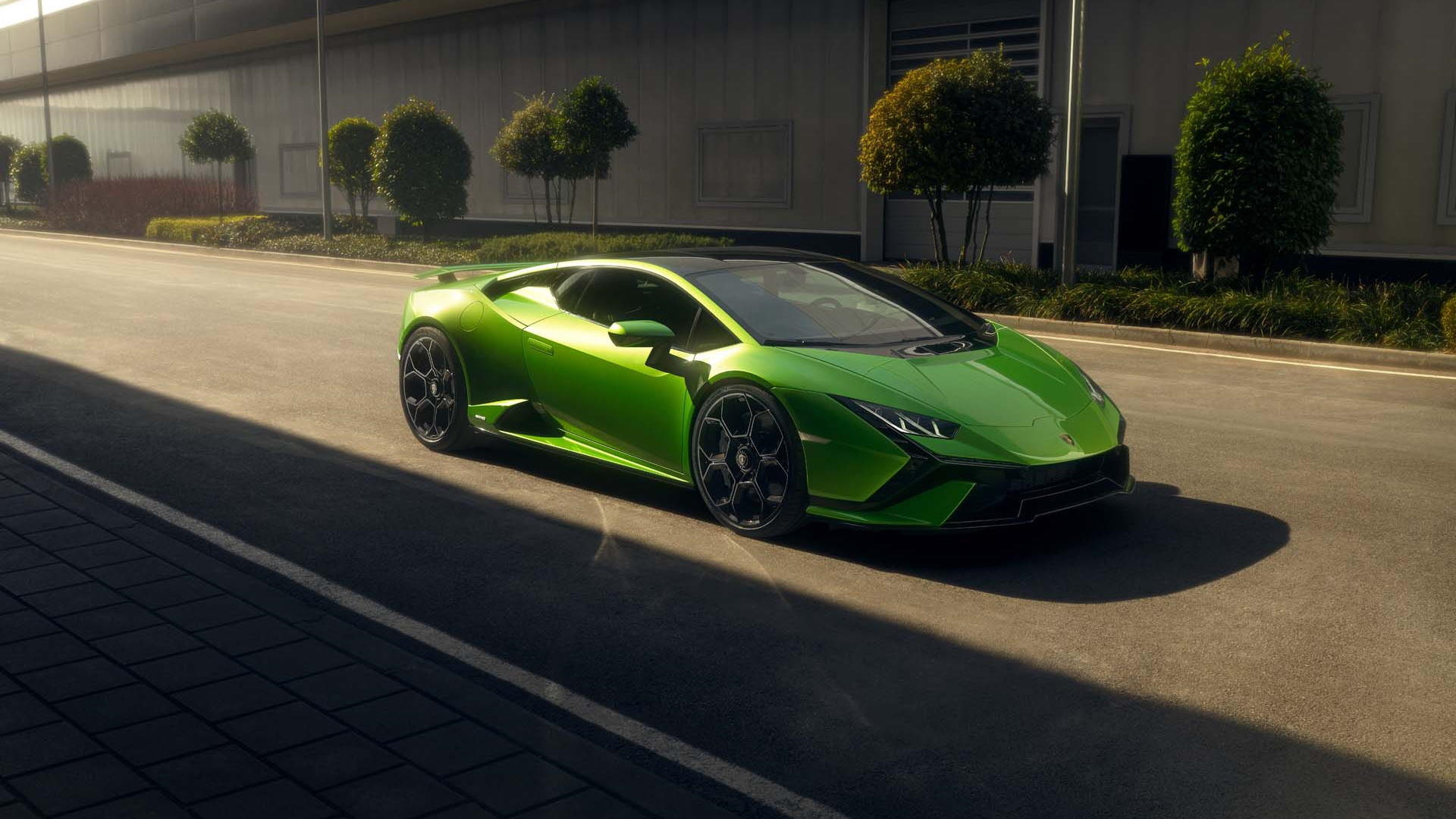 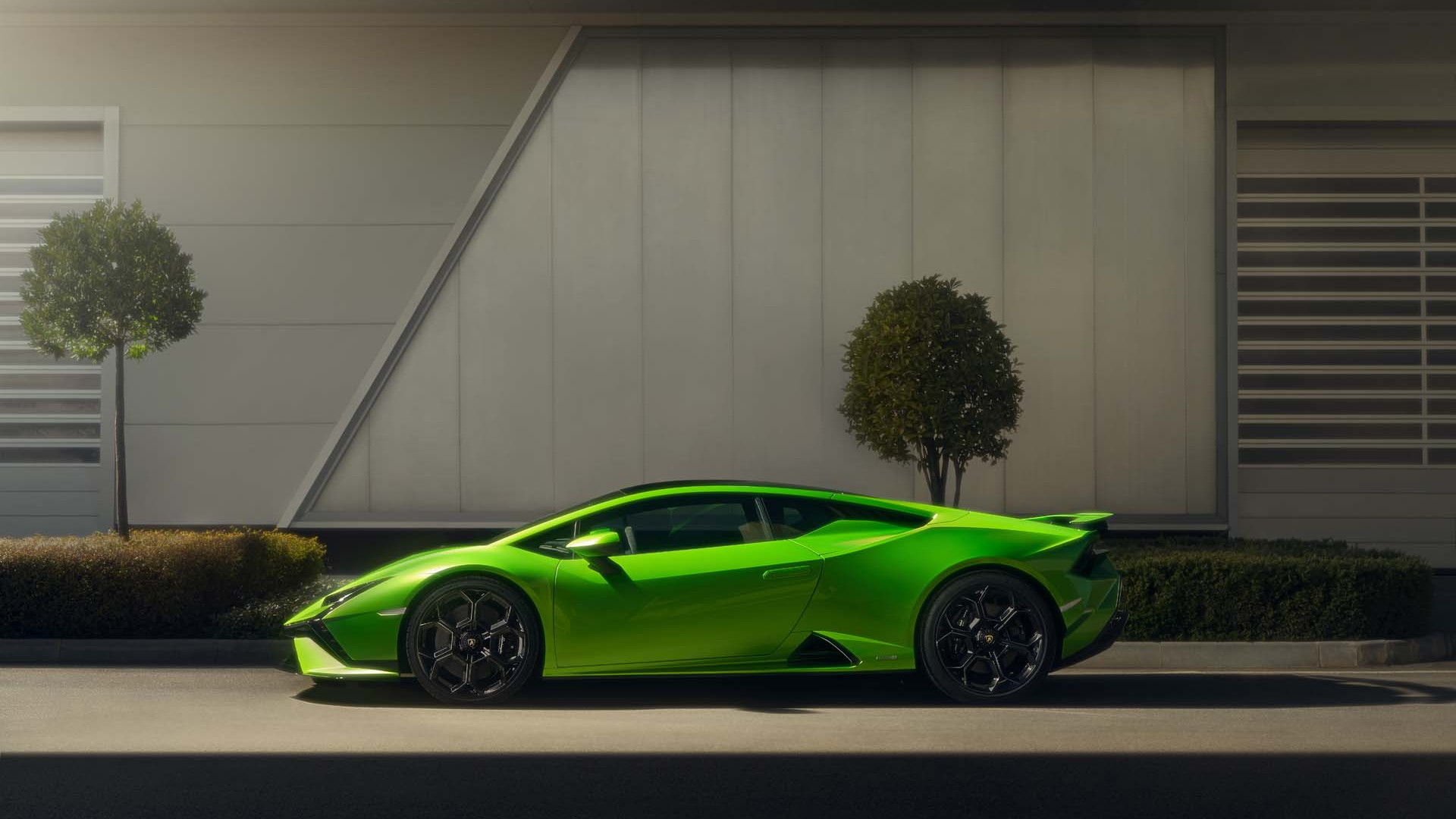 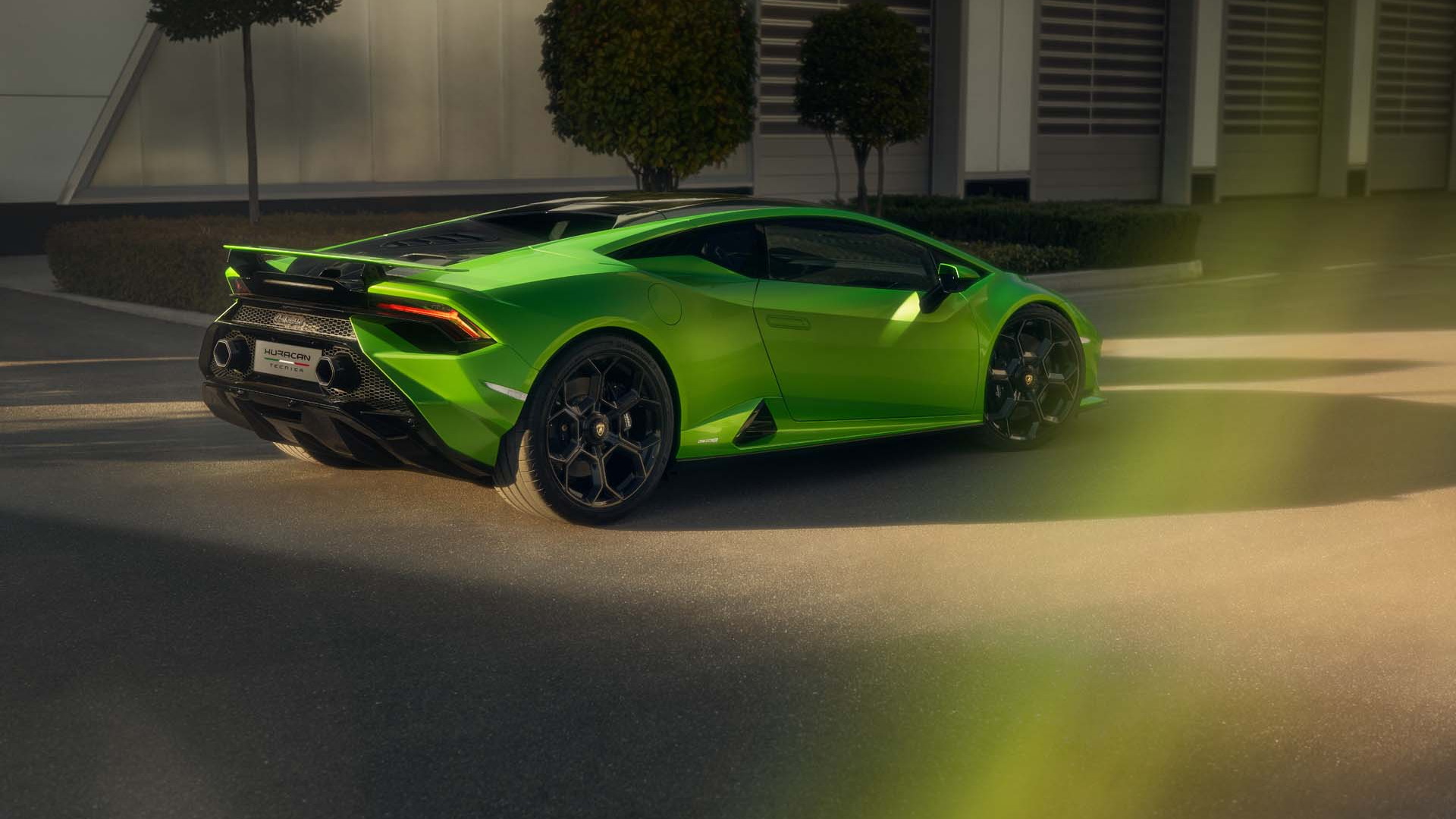 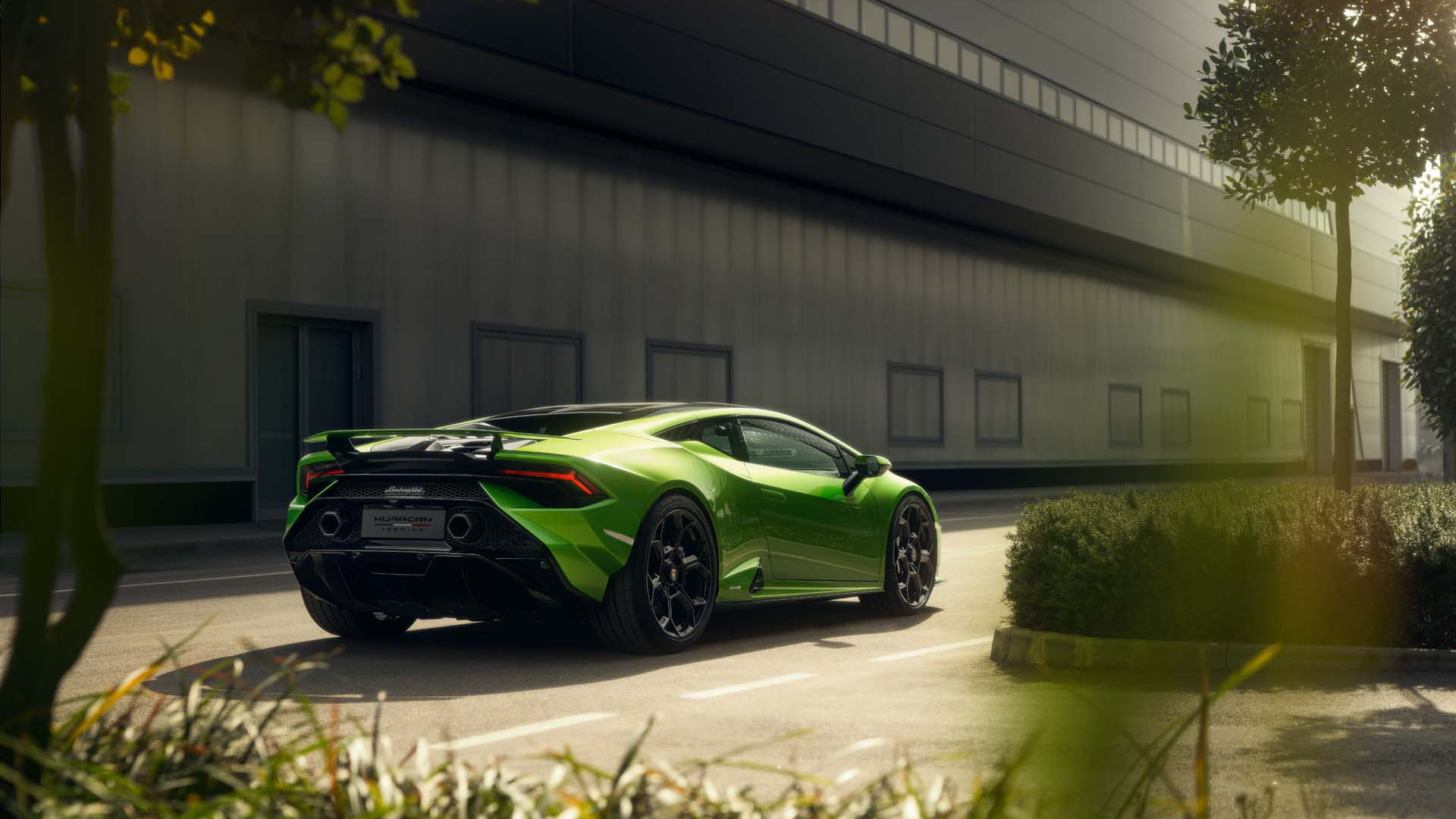 Lamborghini in March said the Huracan and Urus will each receive two variants this year and that these will be the last Lamborghinis to be launched without any form of electrification.

On Tuesday, the first of these new models was revealed in the form of the Huracan Tecnica. It essentially bags the upgrades of the track-focused Huracan STO launched a year ago but ditches that car's all-wheel-drive system for the Huracan's rear-wheel-drive setup. And unlike other rear-wheel-drive Huracans, there's no dip in power, meaning the 5.2-liter V-10 is still spitting out the full 630 hp and 417 lb-ft of torque.

Weight of the car has also been reduced. Ditching the all-wheel-drive system alone already saves some pounds, but the engineers went a step further and switched some elements with lighter carbon-fiber replacements, such as the new front hood. The day weight of the car is a claimed 3,040 pounds.

The front hood flows into a new front fascia that was inspired by the design of 2017's Terzo Millennio concept car and adds almost 2.4 inches to the length of the car, together with an extended front splitter. The front fascia also features air curtains which are being used on a Huracan for the first time.

Other performance upgrades of the Huracan Tecnica include all-wheel steering, new brake cooling channels, and a new exhaust system that helps improve the flow as well as the sound the car makes. The standard wheels are a 20-inch set wrapped with Bridgestone Potenza Sport tires, and shifting duties are handled by a 7-speed dual-clutch automatic.

Aerodynamics also play a key role in the overall performance of the Huracan Tecnica. The highlight is the fixed rear wing which helps deliver a 35% increase in downforce over the rear axle compared to the regular Huracan, without adding to drag. In fact, overall drag is reduced by about 20% over the regular Huracan. The car's underbody is also optimized with new aero deflectors.

Availability and pricing will be announced at a later date.

What about the other Lamborghini models coming this year. The second Huracan variant is expected to be a more rugged design perhaps badged a Sterrato, the Italian word for “dirt.” An updated Urus is also thought to be coming this year, and it may feature a new hardcore variant combining extra power with reduced weight.

And from 2023, Lamborghini will start its switch to electrified powertrains. A plug-in hybrid successor to the Aventador is due that year and has already been spotted testing. The Urus is also likely to receive a plug-in hybrid option in 2023. By the end of 2024, every model in the Lamborghini lineup will have some form of electrification.