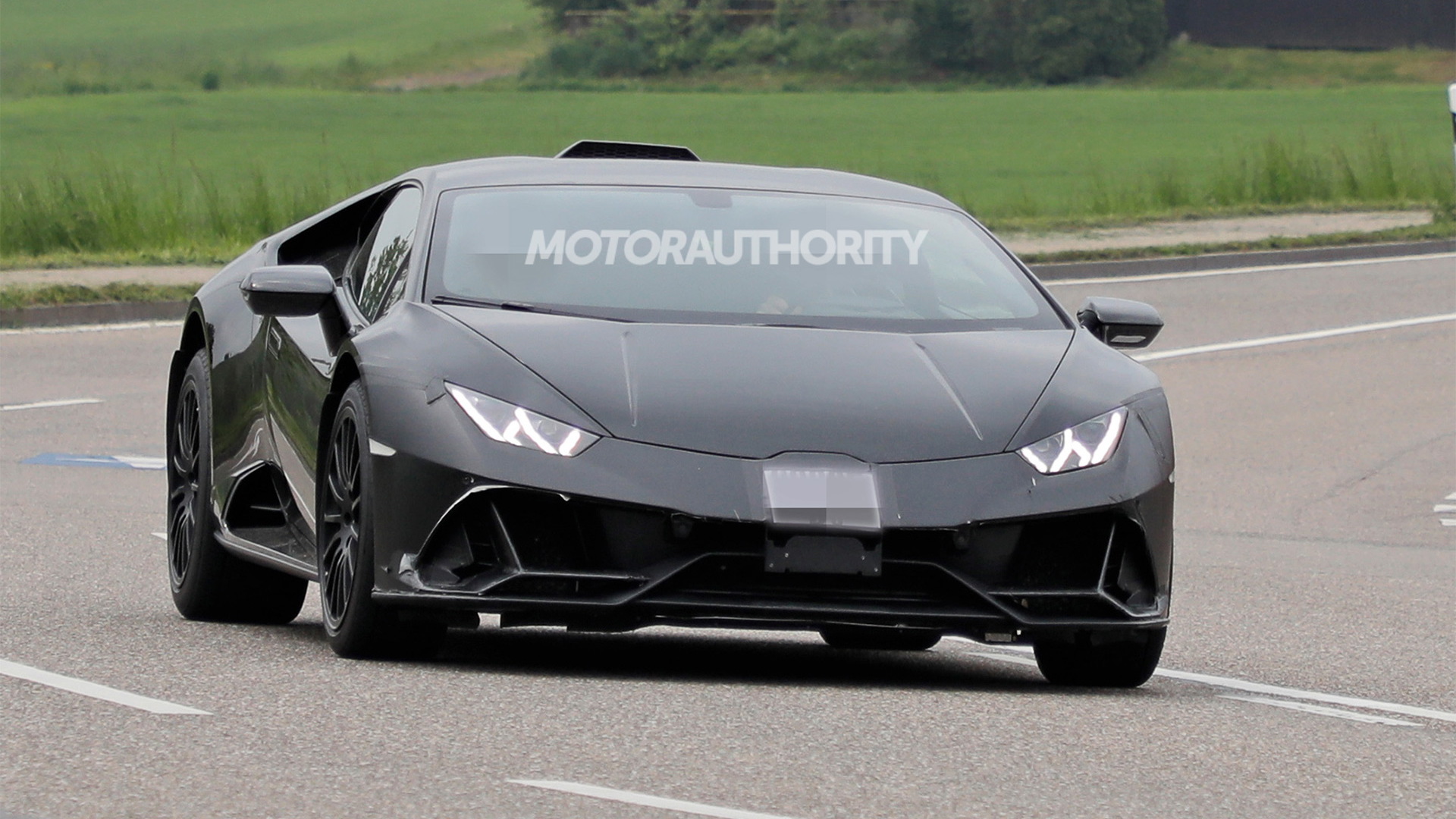 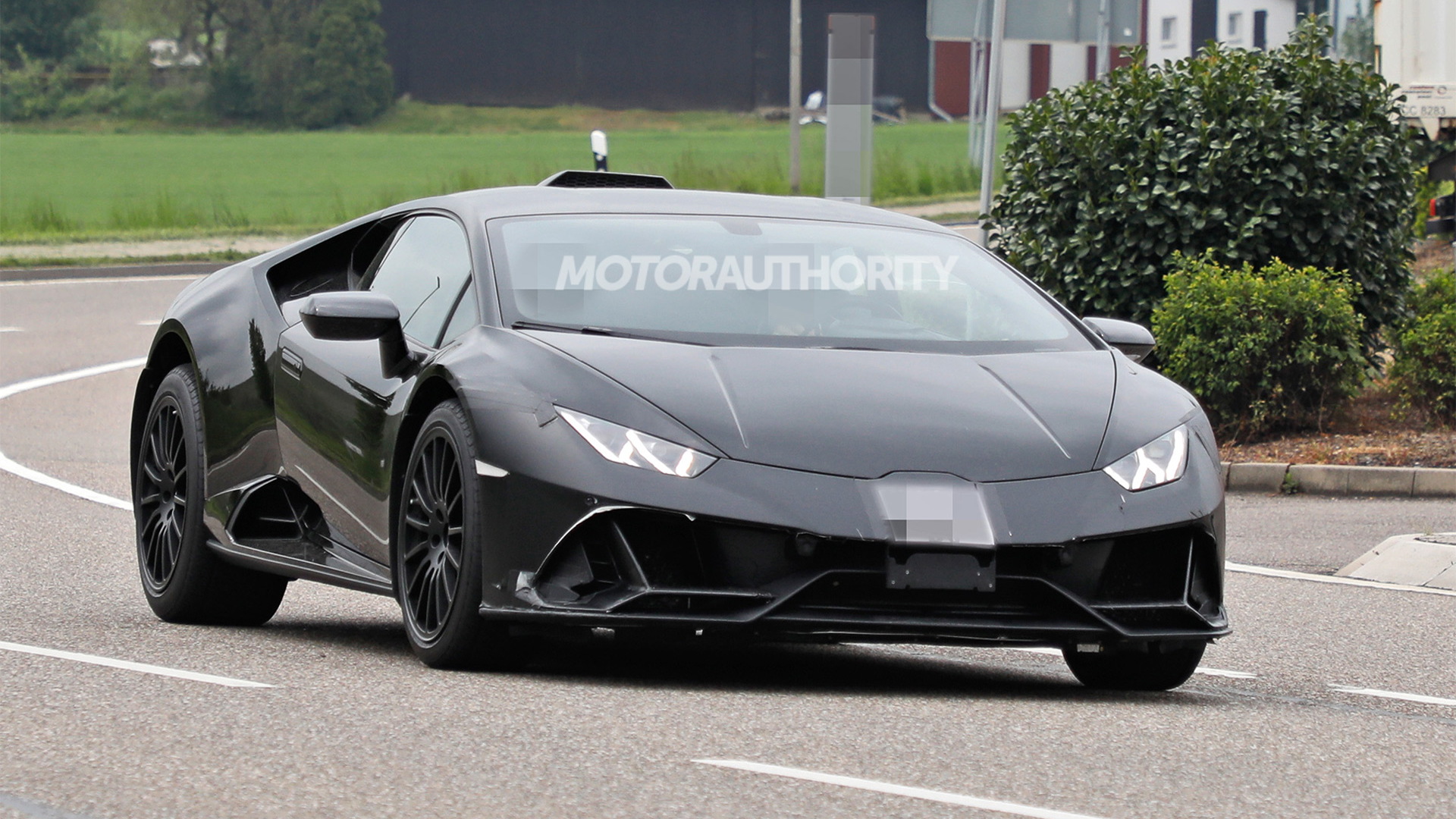 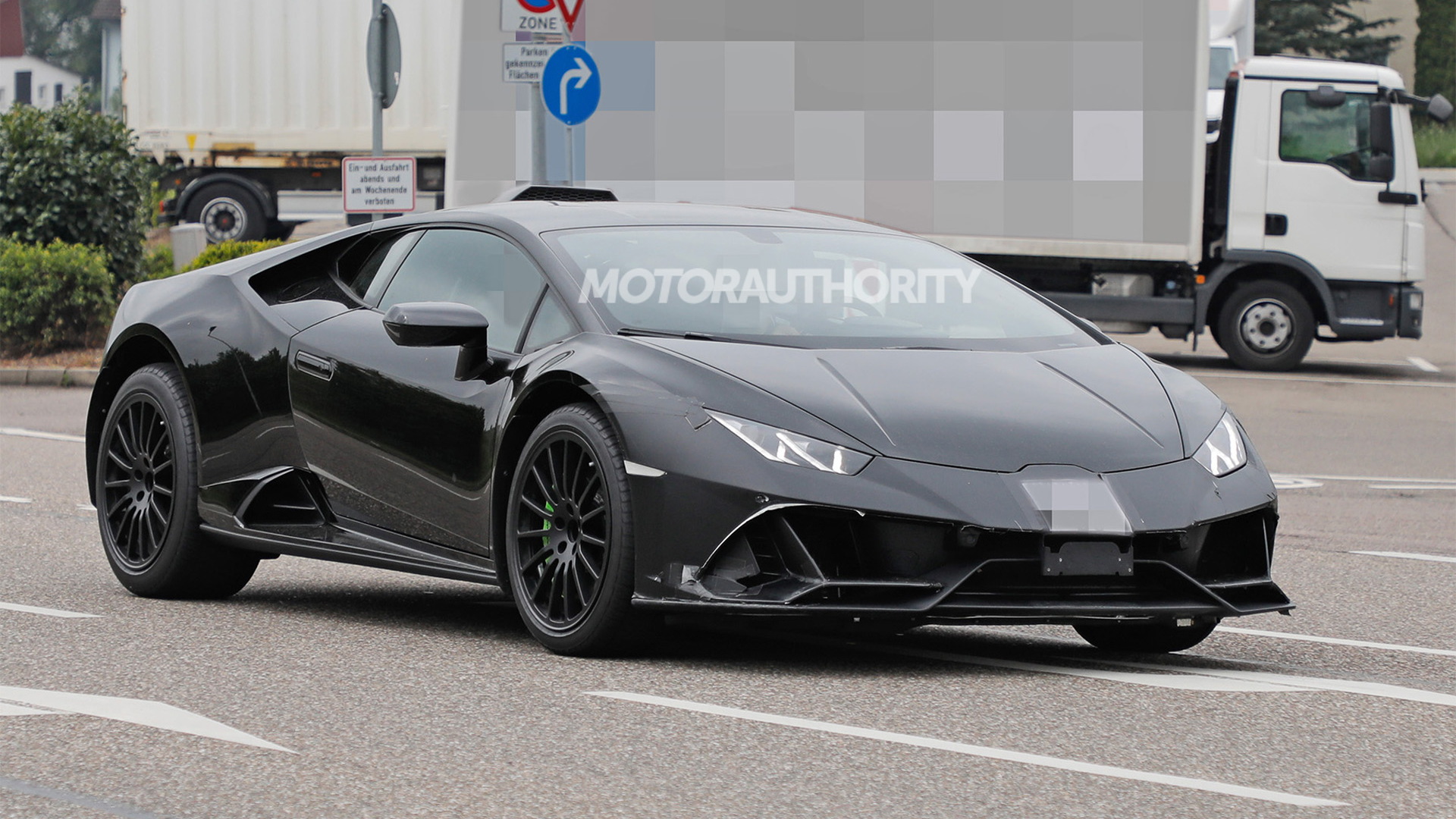 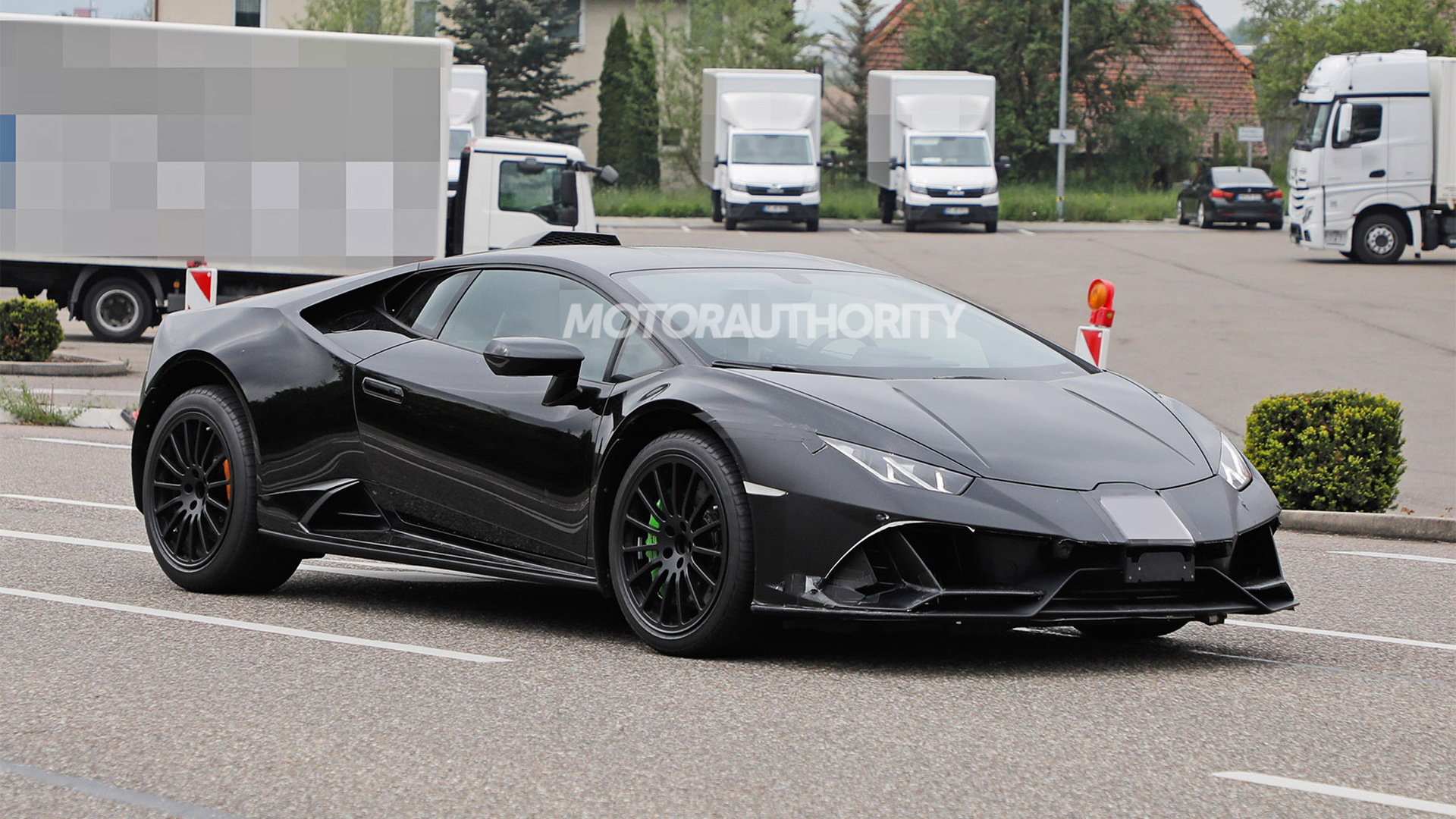 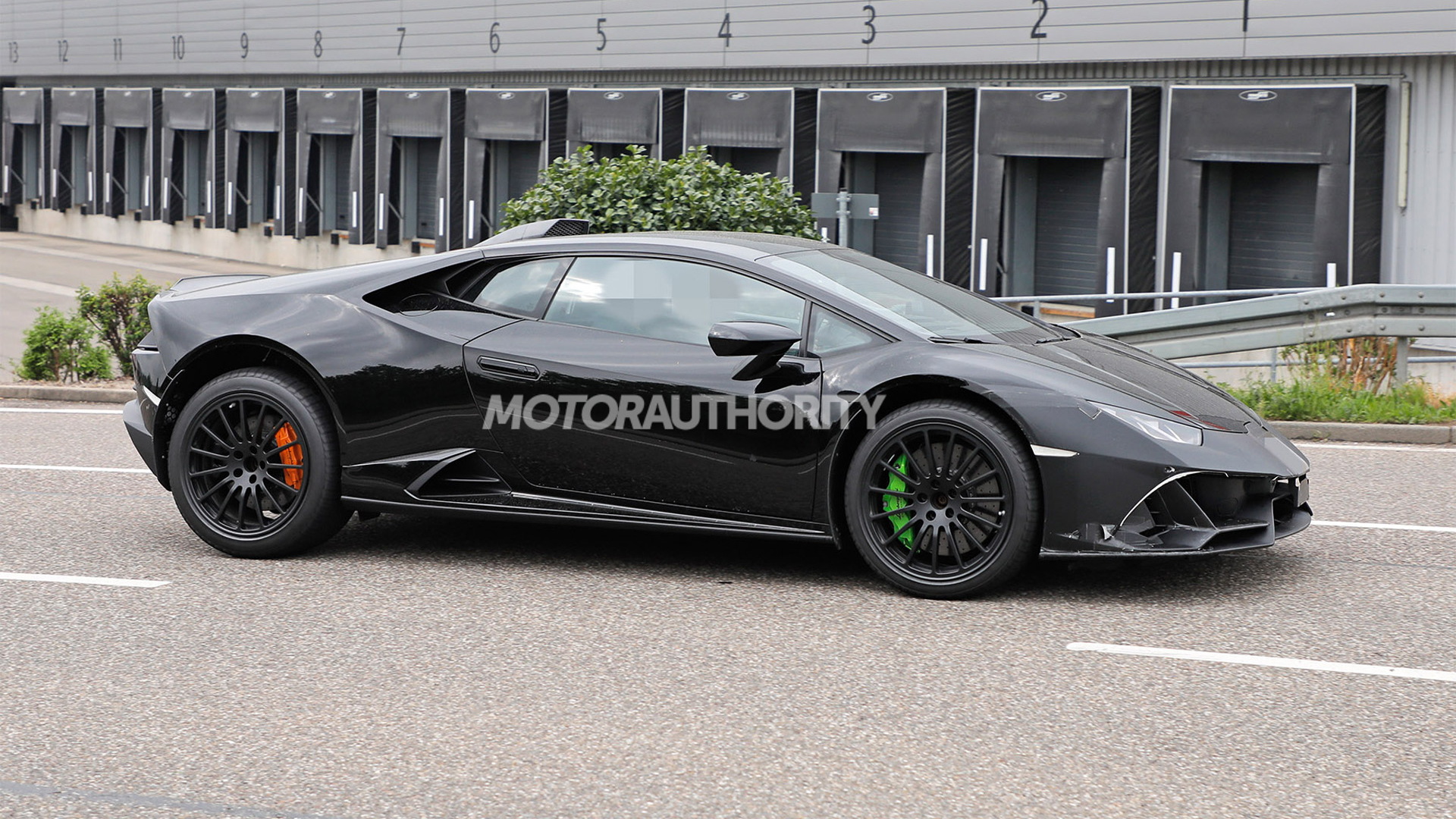 Lamborghini looks to be readying a new version of its Huracan, one capable of leaving the pavement behind.

Our spy shots and video show prototypes for a high-riding Huracan, with some of the testers even fitted with driving lights, roof racks, and a roof-mounted scoop. There's even a bull bar-like protective element at the front on one of the cars, designed to brush off any taller rocks the car might encounter at high speeds.

Most of these additions are only makeshift units. Should they reach production, expect them to be more refined and better integrated into the overall design.

Lamborghini is yet to confirm plans for a high-riding Huracan, but the automaker previewed just such a model in 2019 with the Sterrato concept. Like the prototypes shown here, the concept featured a higher ground clearance, underbody protection, roof racks, and driving lights. Interestingly, a trademark for the Sterrato name was filed by Lamborghini only last fall. It's Italian for “dirt.”

When might we see a potential Huracan Sterrato? Lamborghini plans to launch four models in 2022, two based on the Huracan and two on the Urus. There are no more Aventadors coming as the V-12 supercar reached the end of the road last year with the Aventador LP 780-4 Ultimae, and a successor is currently out testing. We just saw the Huracan Tecnica in April, and it's likely this Huracan Sterrato will be the second of the two Huracan models due this year.

More buyers are looking for supercars that they can drive throughout the year, as well as drive without fear of potholes doing major damage. It's why Porsche is also reading a high-riding 911, and we're sure others will be quick to jump on this trend, especially as supercar sales in emerging markets, where road conditions aren't always the best, continue to grow.