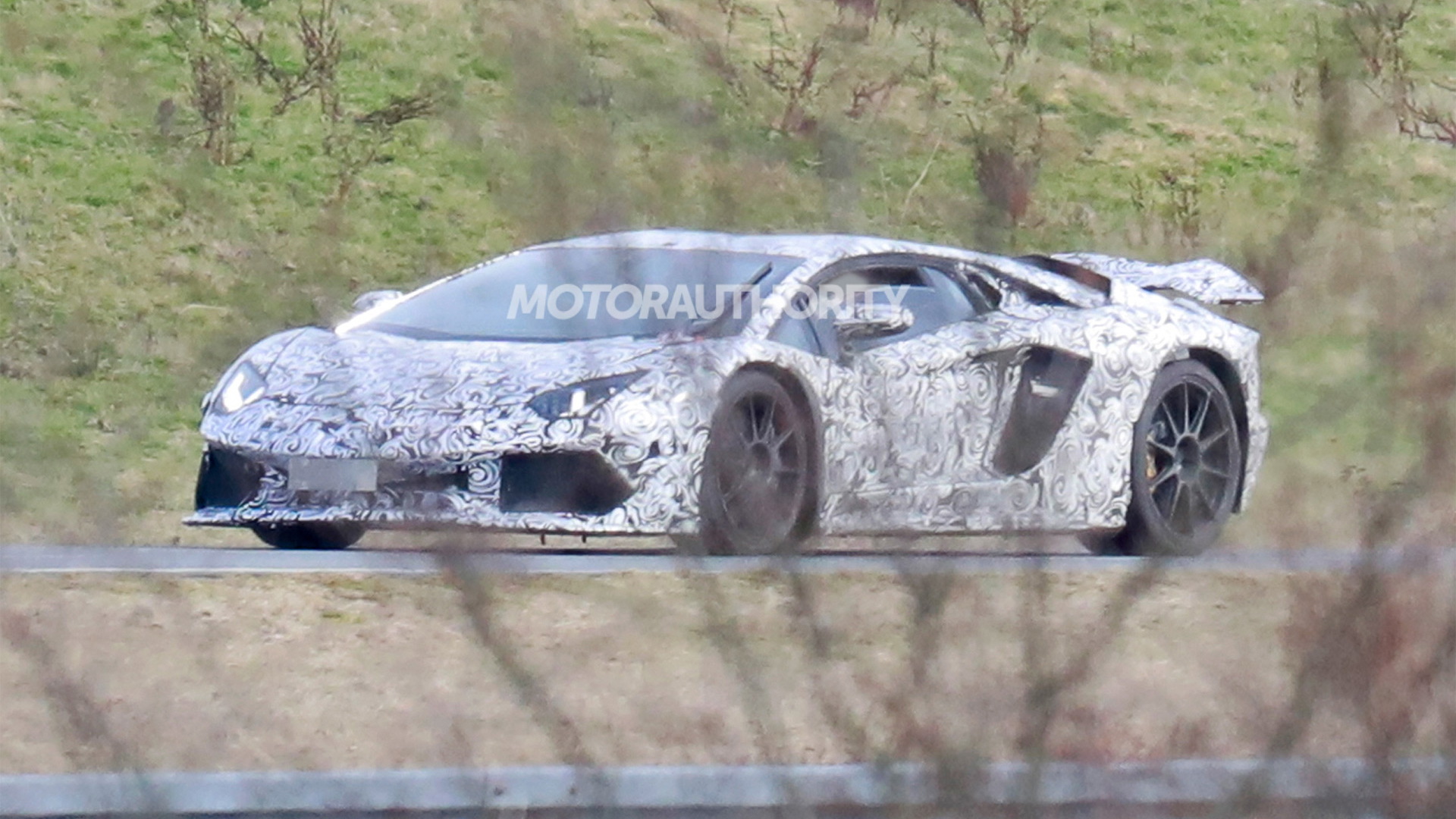 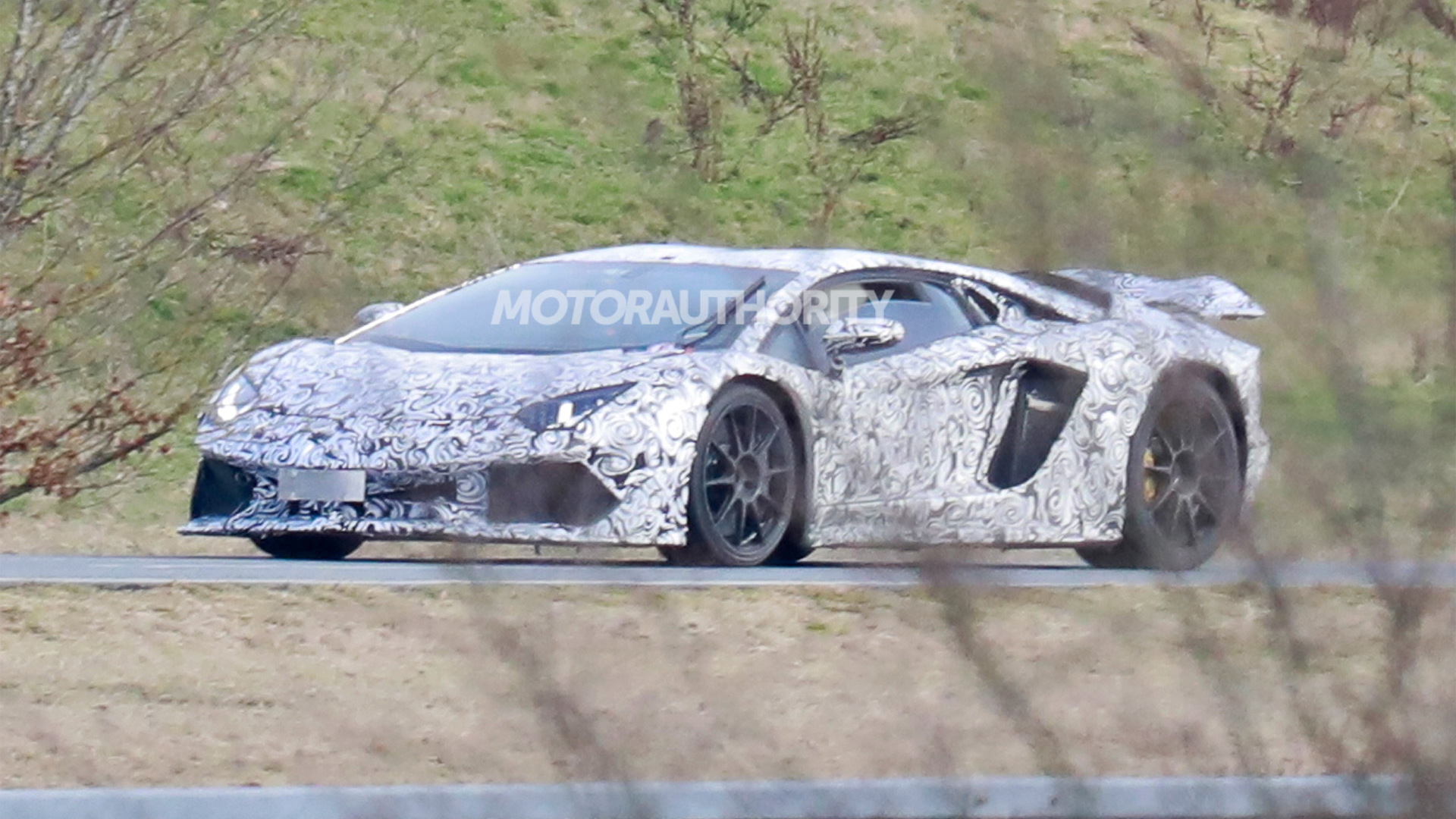 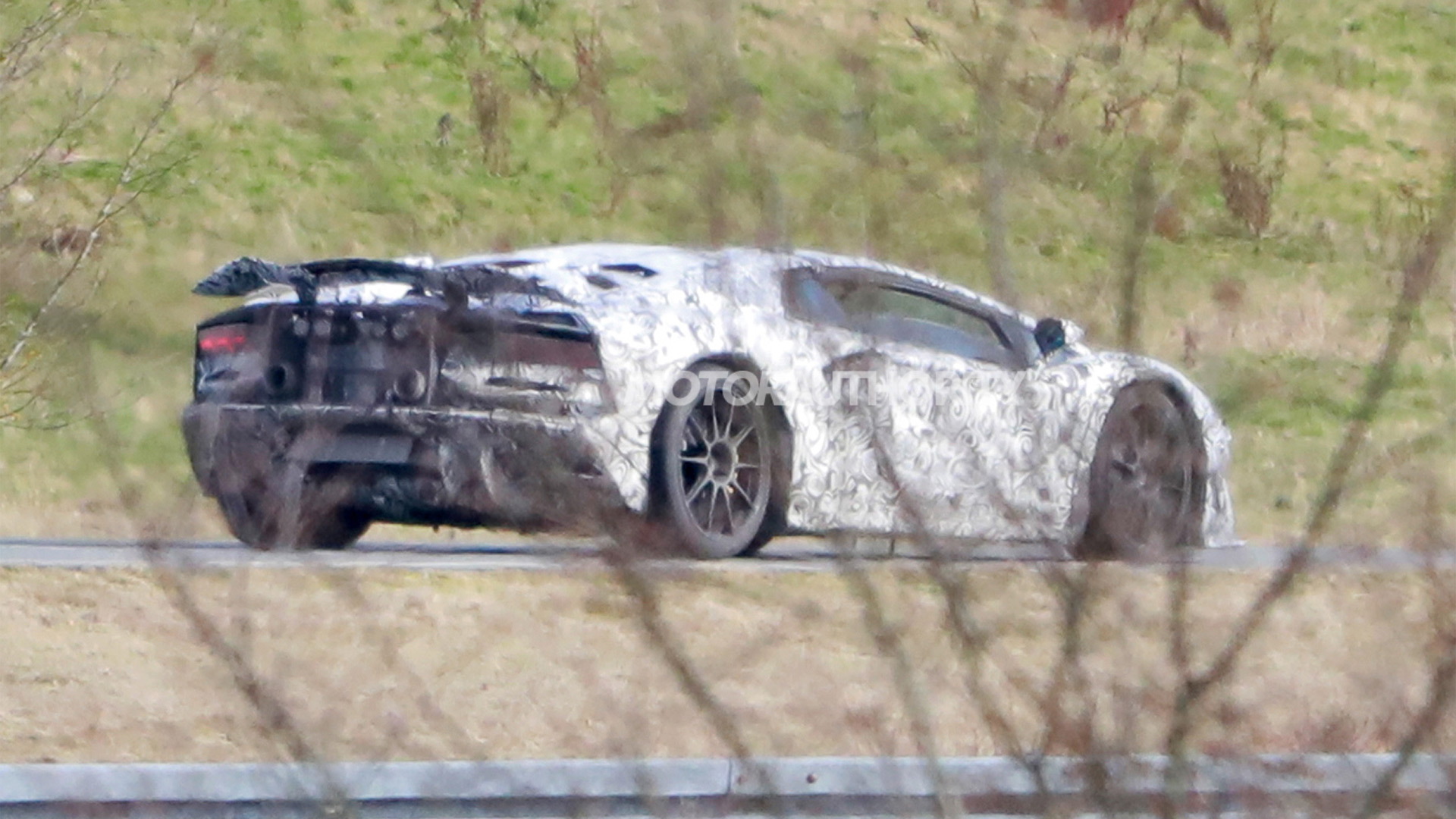 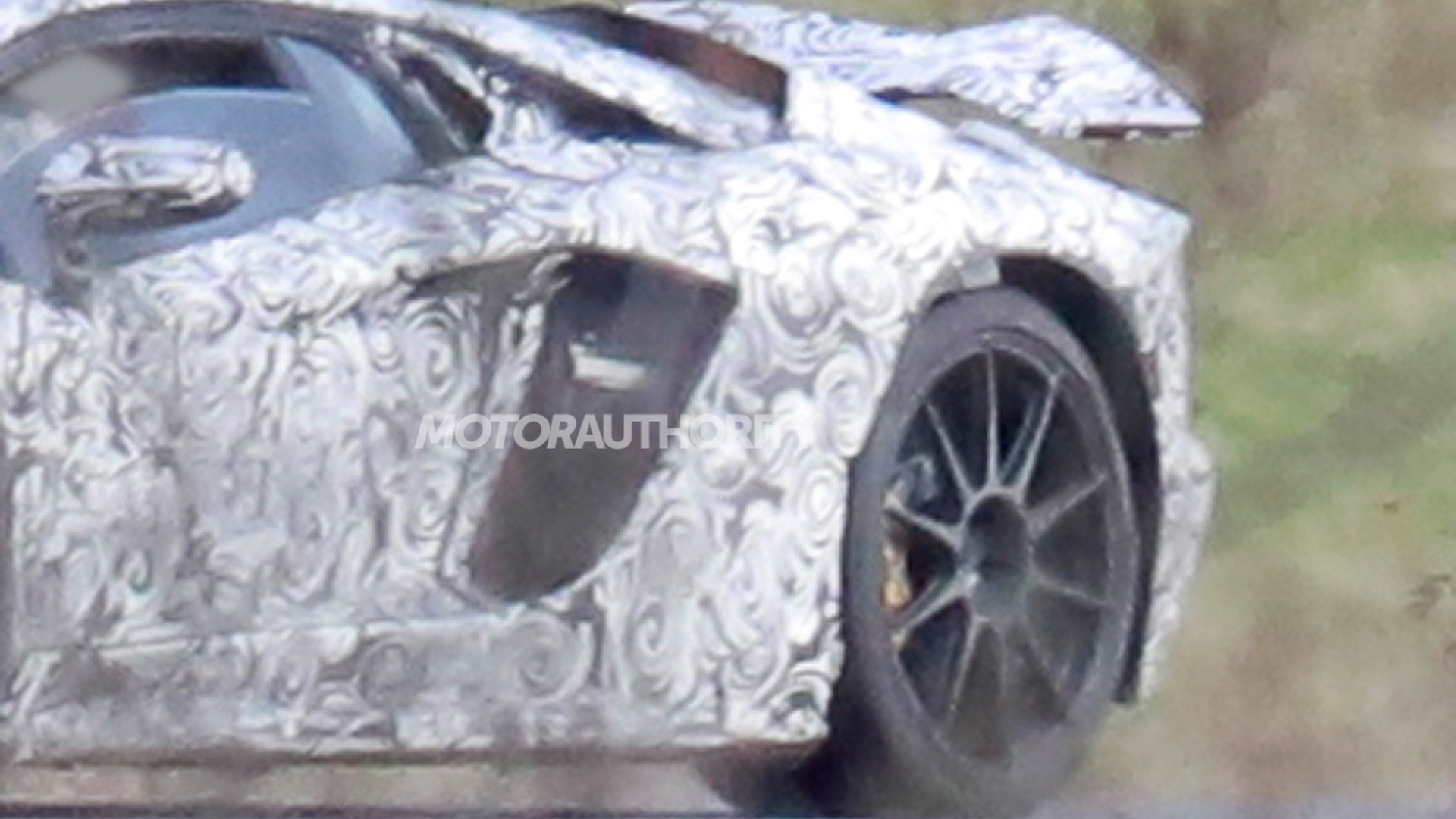 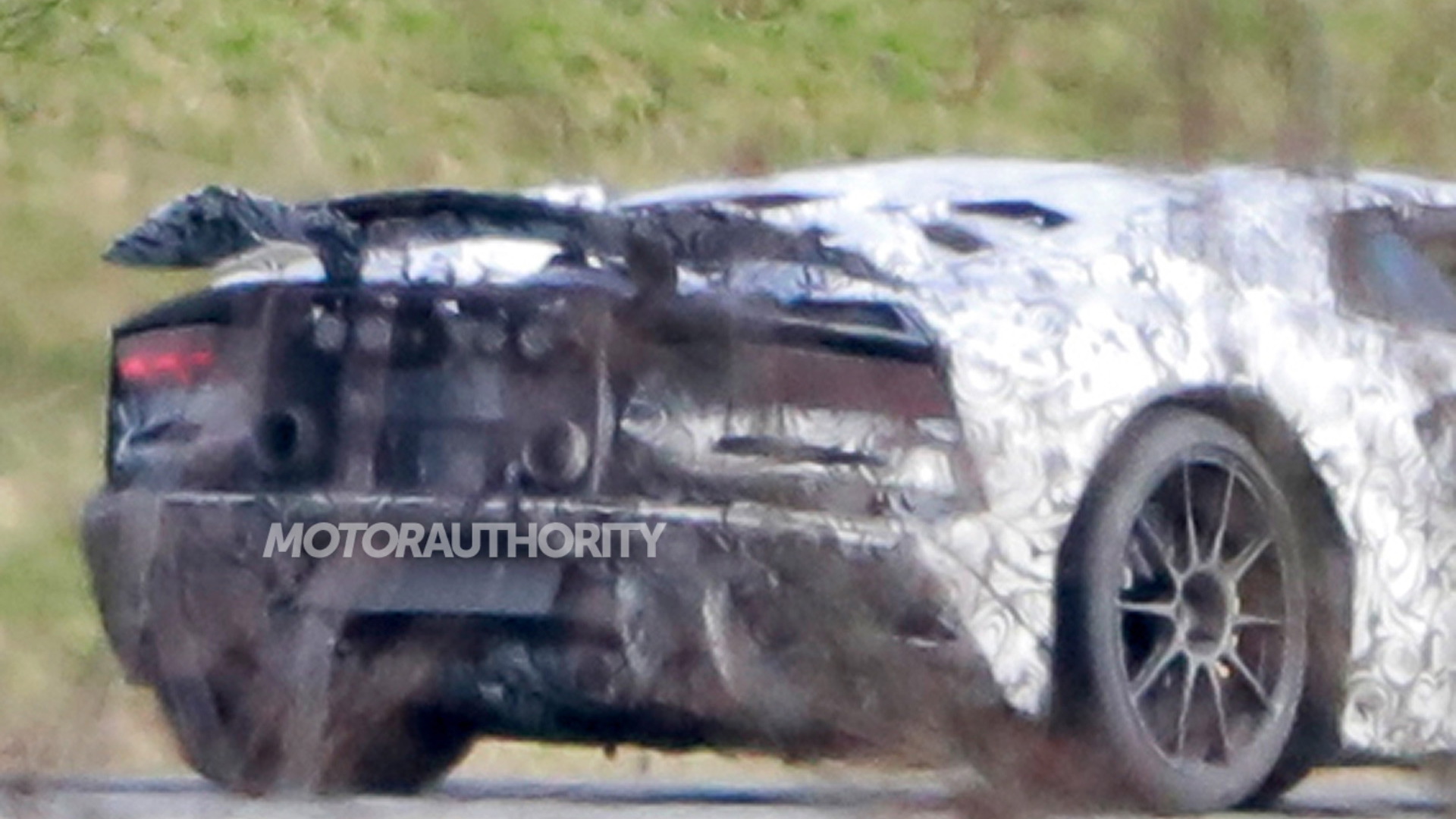 Lamborghini has been spotted testing an Aventador that could just be hiding the mechanicals destined for the car's successor.

The mysterious Aventador was spotted at a guarded test track in Europe. Our photographer couldn't get close to the track and was forced to take these snaps from a far distance. It's hard to make out any details but it looks like there are new elements inside the side intakes, and the rear also appears to be sporting some misfitting elements.

The Aventador has been with us for a decade, and Lamborghini in July unveiled the final evolution of the car in the form of the Aventador LP 780-4 Ultimae. The successor is expected to start sales in 2023, meaning a reveal around late 2022 or early 2023 is likely. Thus, it's possible we're looking at an early test mule for the new supercar.

We know the car will be powered by a V-12-based plug-in hybrid system, and Lamborghini CEO Stephan Winkelmann has confirmed that the V-12 will be a new unit, just the third, in fact, in Lamborghini's history.

As for the hybrid element, Lamborghini's head of R&D, Maurizio Reggiani, said keeping weight down is the main challenge. Even the lightest solutions are expected to add hundreds of pounds to the weight of the car. Another issue is considering potential emissions rules in some countries or regions that may require a minimum electric range.

Beyond the powertrain, expect the car to feature all-wheel drive, all-wheel steering, and active aerodynamic technology. We know there will also be a carbon-fiber tub. However, it isn't clear if this will be a new unit or a modified version of the tub that debuted in the Aventador.

It's too early to talk styling but Lamborghini has hinted at introducing more curves into its designs, something we've already seen with the Aventador-based Essenza SCV12 track car. Don't be surprised if design elements from 2017's Terzo Millennio concept car also make their way onto the Aventador successor.