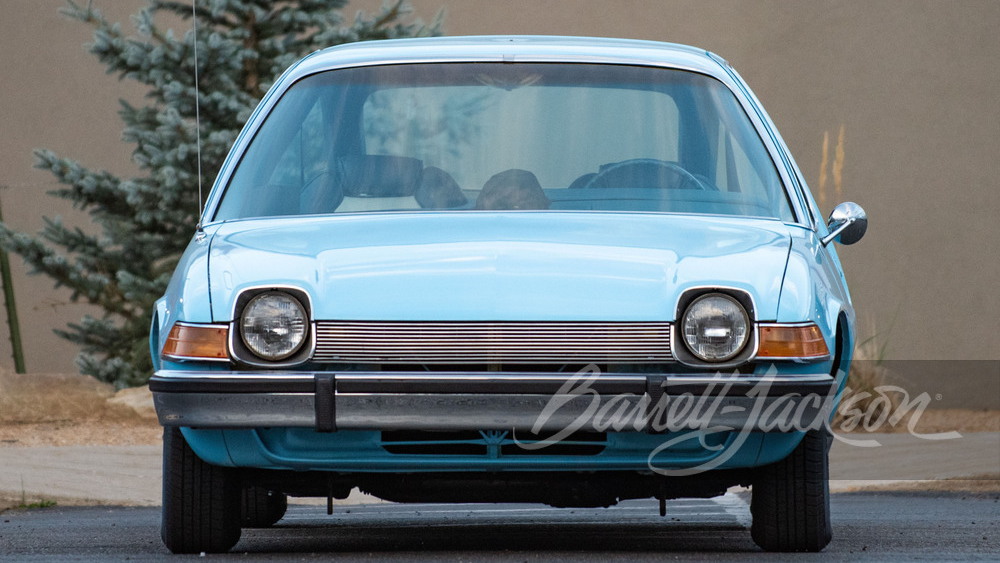 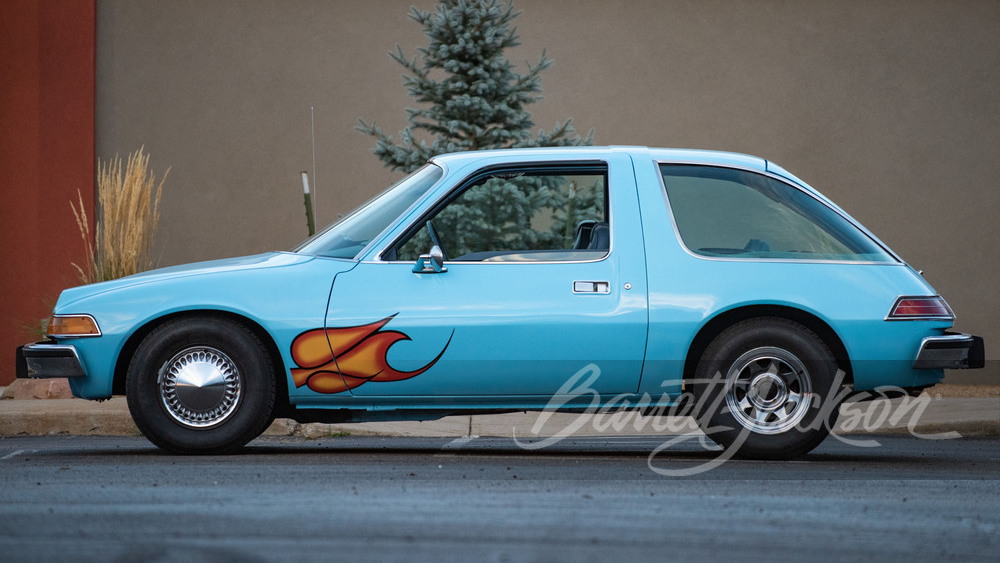 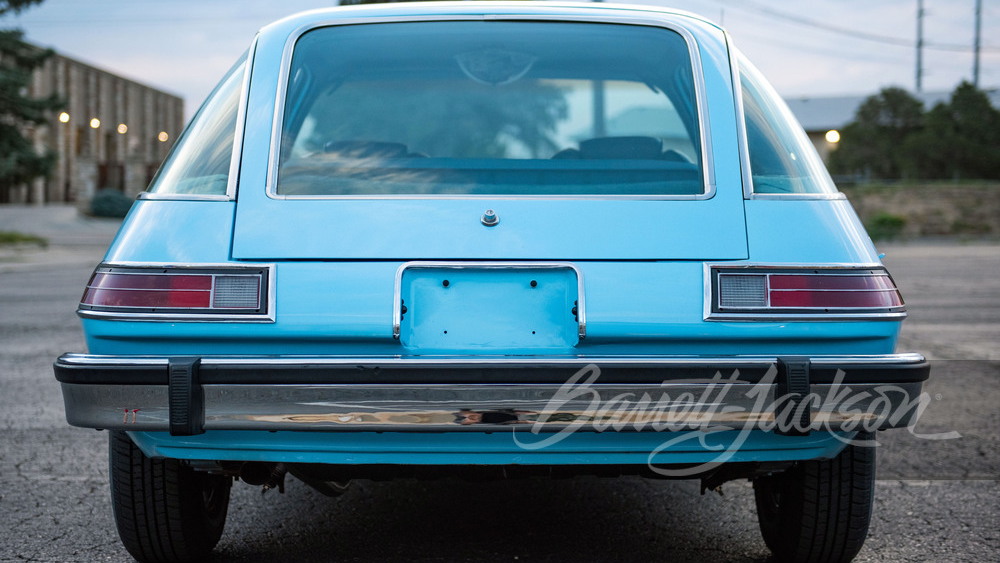 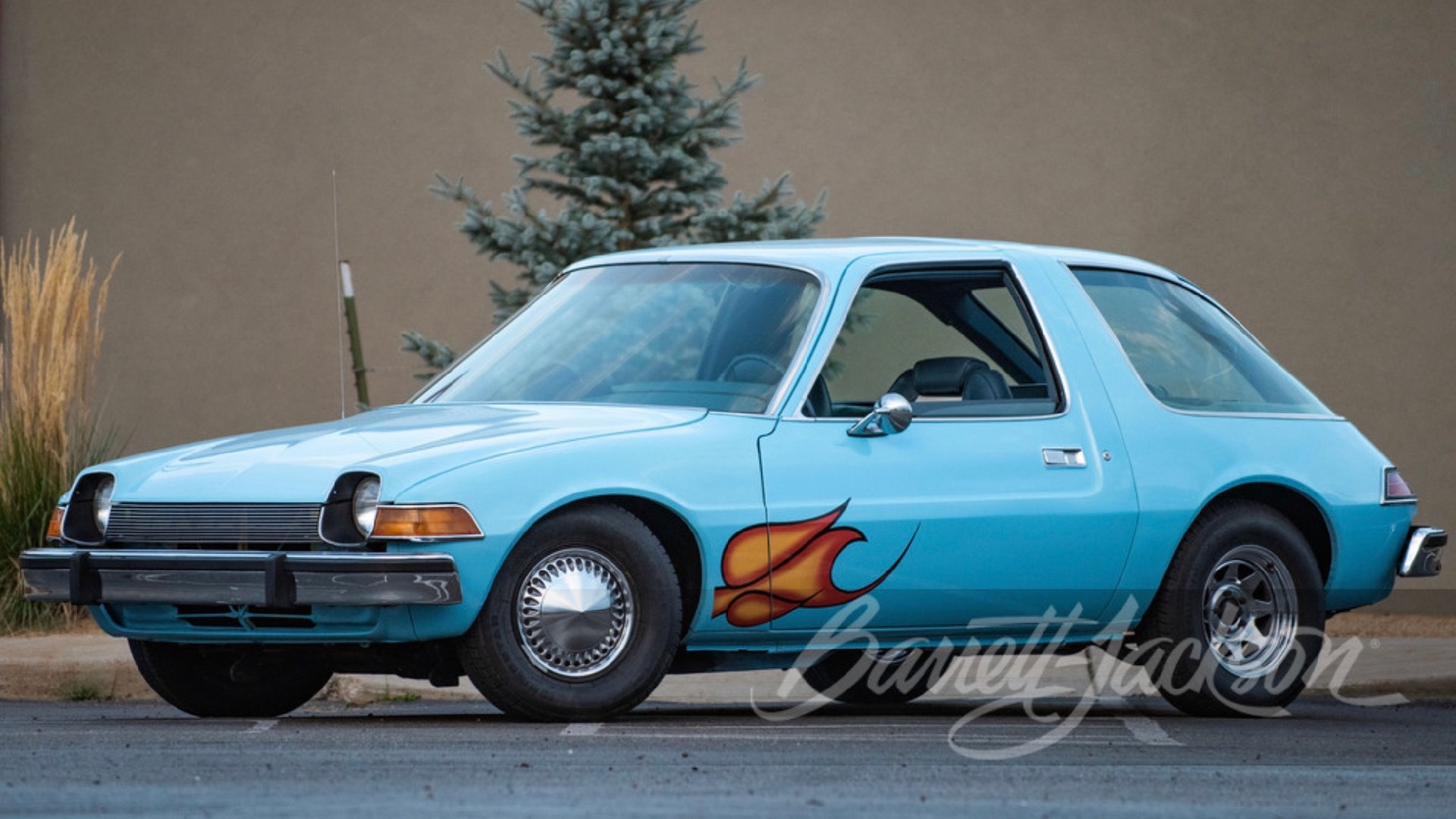 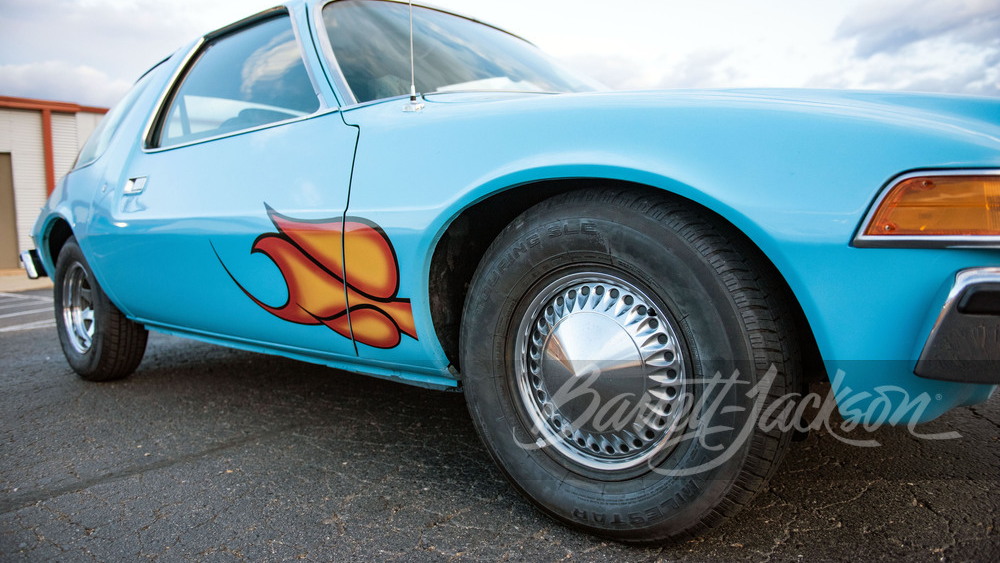 A 1976 AMC Pacer that starred in the 1992 hit comedy "Wayne's World" crossed the block last week at a Barrett-Jackson auction in Scottsdale, Arizona, fetching a final bid of $65,000 in the process.

In the movie, the Pacer served as transportation for main characters Wayne Campbell (Mike Meyers) and Garth Algar (Dana Carvey), a pair of rock music fans with a public access television show. The hatchback sports Baby Blue paint with flame decals and mismatched wheels (done on purpose by the studio, per the listing). Just like in the movie, the interior has licorice and cup dispensers and an upgraded sound system. Some modifications were also made for filming, including quarter-inch steel plates welded to the rocker panels for camera support.

The Pacer was AMC's attempt to field a modern compact for the 1970s, but its unusual styling generated more jokes than sales. While the Pacer had some innovative features, such as a wide track meant to maximize interior space while maintaining a compact footprint, it was still based on a rear-wheel-drive platform, and would soon be rendered obsolete by more efficiently packaged front-wheel-drive compacts.

While AMC did offer a 304-cubic-inch V-8, the "Wayne's World" Pacer has the base 258-cubic-inch inline-6, with an automatic transmission. The car recently underwent a full restoration back to its movie condition. The only real update was a modern sound system, as the car didn't have a functioning system during filming.