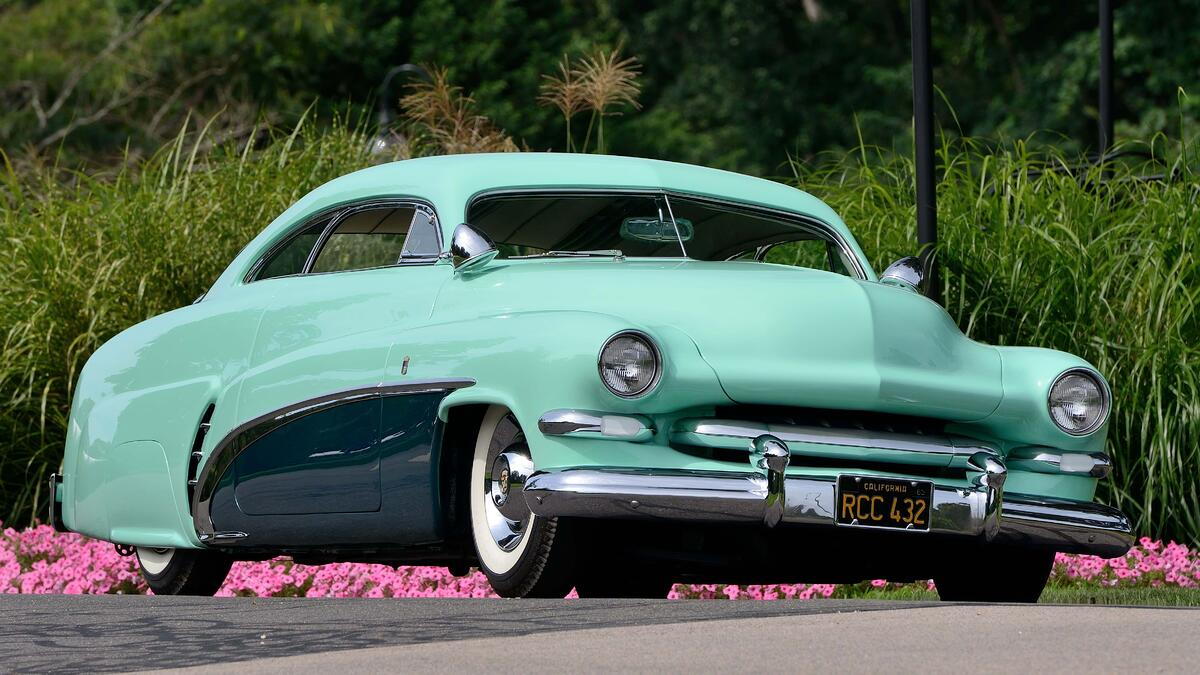 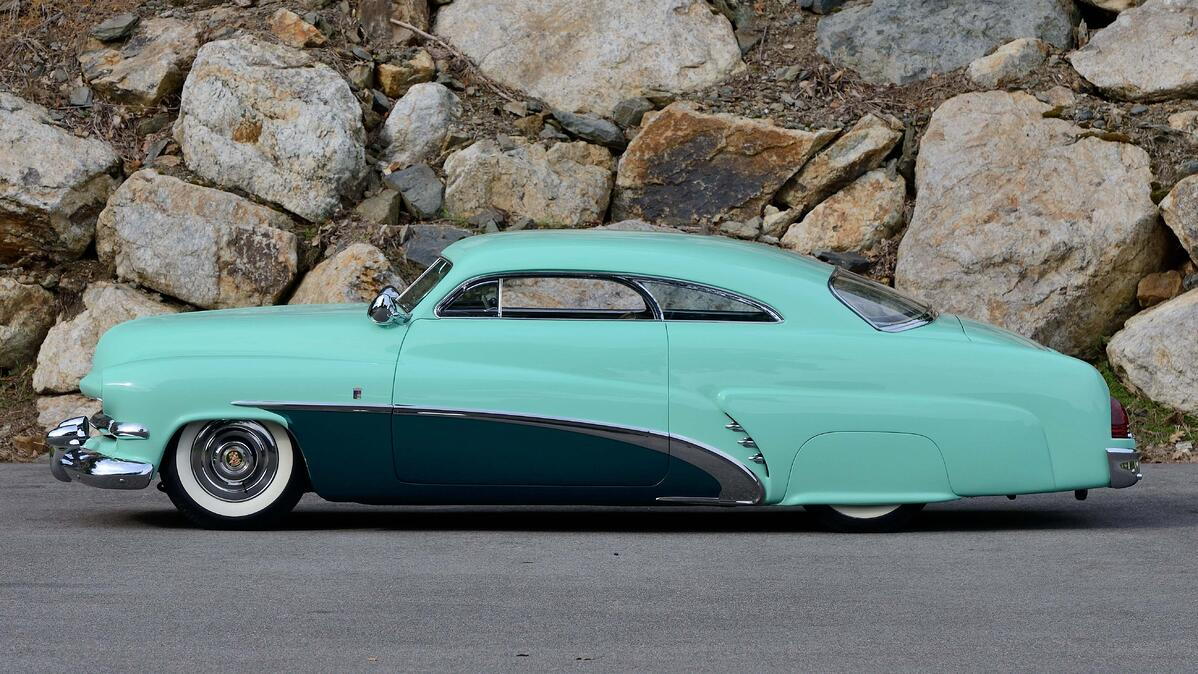 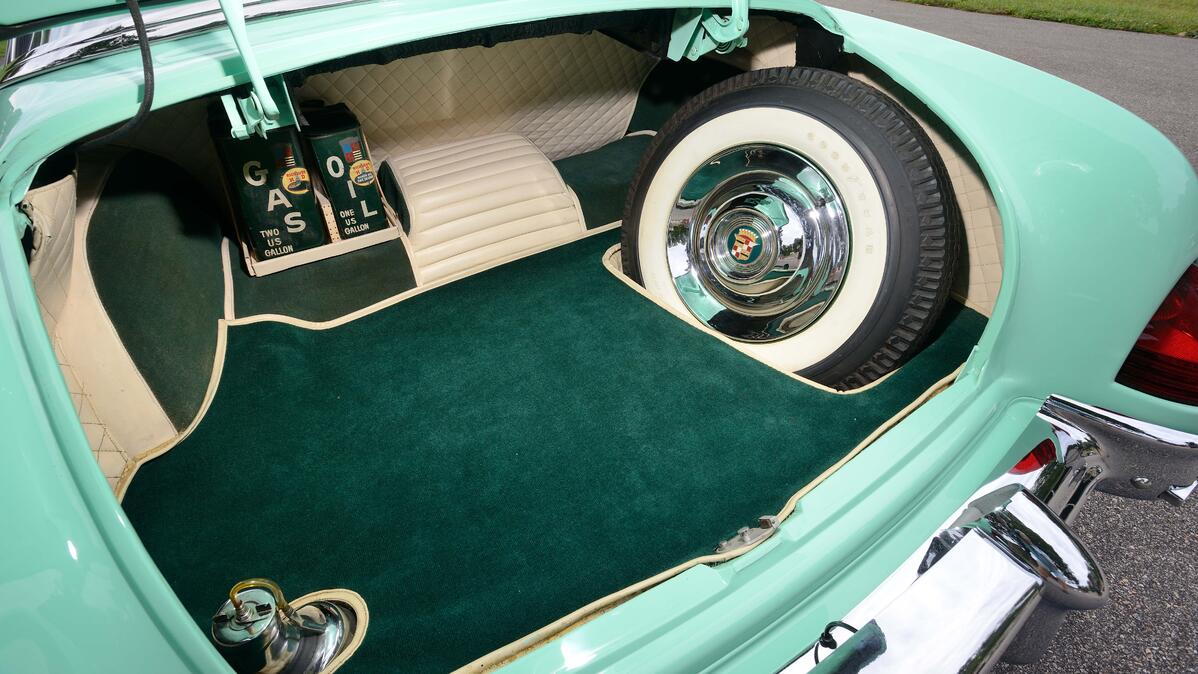 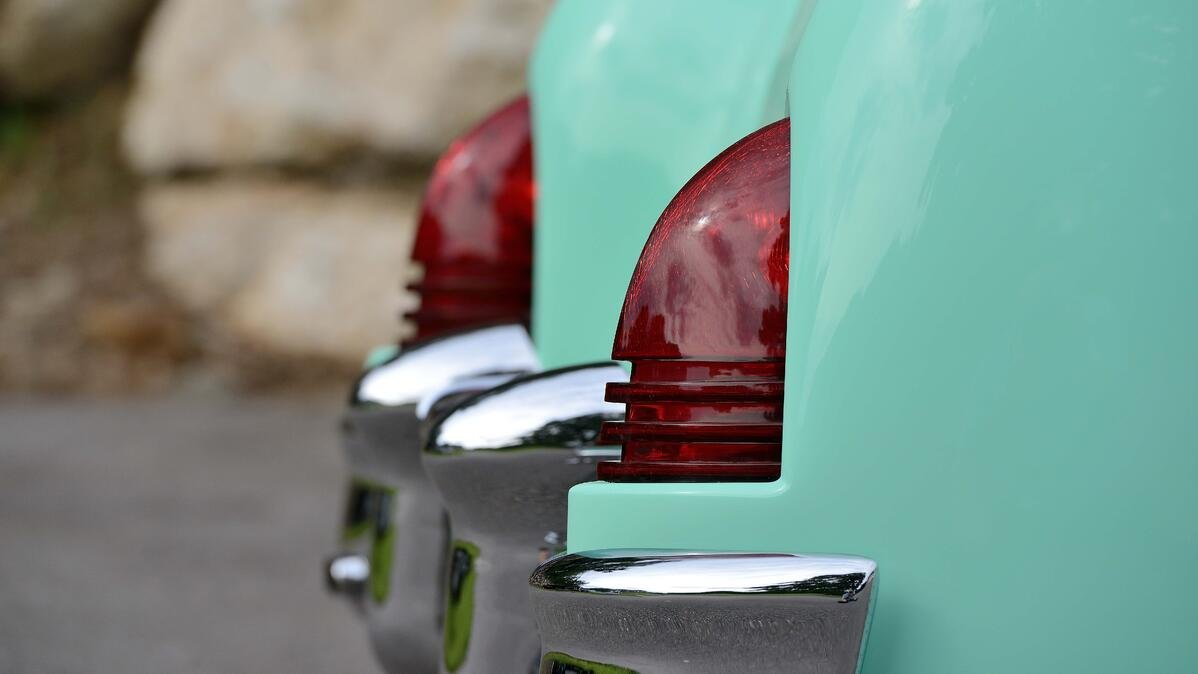 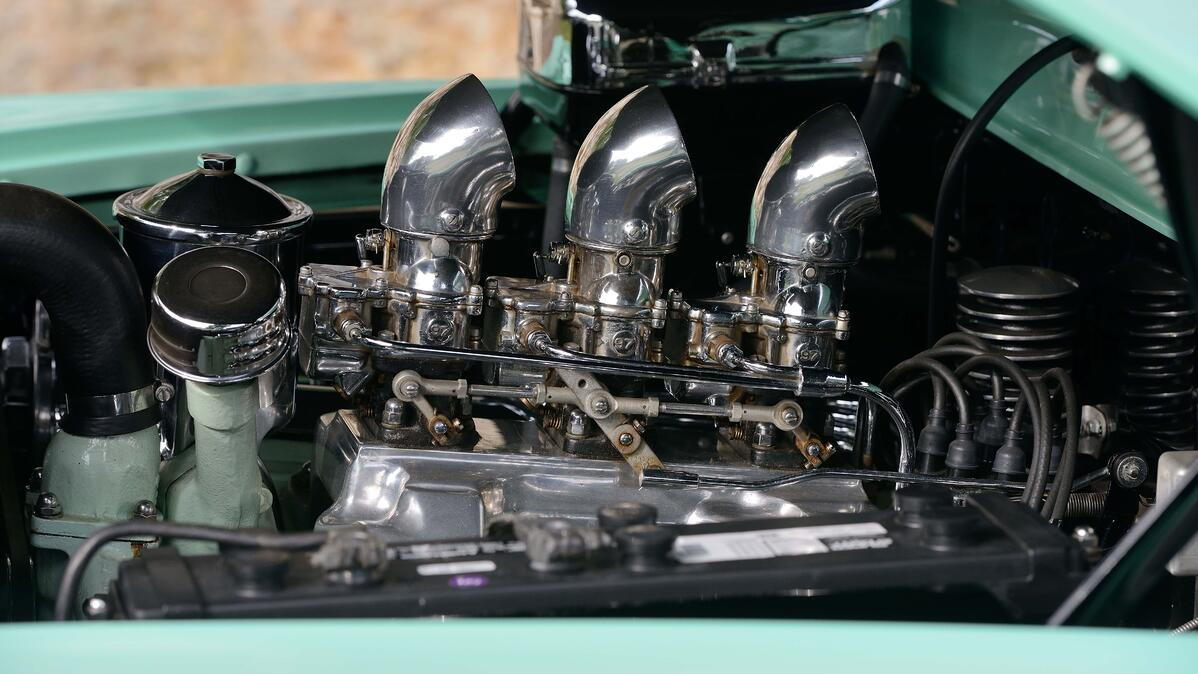 An icon of the custom car era, Bob Hirohata's 1951 Mercury customized by the Barris shop, went under the hammer over the weekend at Mecum's auction in Kissimmee, Florida, and ultimately sold for $2,145,000, including the buyer's commission.

The rise of custom car culture paralleled hot rod culture in the post World War II period. Many shops in Southern California began customizing 1949-'51 Mercs, using the slab-sided bodies as blank canvases for their vision of what cars could be. Chopping the tops, channeling the bodies, and shaving the trim for a smoother look transformed what was otherwise deemed a frumpy design.

The Hirohata Merc is viewed as the pinnacle of Merc lead sled design, and is recognized as the most famous custom of all time, which is why it's no surprise to see it sell for seven figures. Built by the Barris brothers, George and Sam, at Barris Kustom, it received all the right changes to make it look sleek and elegant, but not overstyled.

The main changes reworked the profile. The shop chopped the top four inches in the front and seven inches in the rear, leaned the the rear window forward, and replaced the B-pillars with channel stock to give the coupe a hardtop look. To give the car its low stance, the Barris brothers cut the front coil springs, C-sectioned the rear frame, de-arched the rear leaf springs, and set the rear on two 1.5-inch lowering blocks.

Along the sides, the Barris brothers replaced the straight fender trim with rounded trim from a 1952 Buick Riviera that provides a delineation for a two-tone Ice Green and Organic Dark Green paint scheme. The bright color was a departure from the many dark colors on customs of the day. Large fender bulges were added to the rear, fronted by functional handmade scoops decorated with teeth from a 1952 Chevy grille.

At the front, the grille was shortened and a new handmade grille bar inserted. The bumper was modified, the headlights frenched (the trim rings molded into the fenders for a cleaner look), and wraparound parking light moldings were made using 1950 Ford parts. The hood lost its chrome and was extended and reshaped to fit with the new grille opening. The rear was given frenched 1952 Lincoln taillights.

Inside, the car received a rolled and pleated upholstery. Noted pinstriper Von Dutch applied his art to the dash, and Hirohata himself made his own teardrop dash knobs from plastic.

Once the customization was complete, Hirohata had the engine swapped with the mill from a 1953 Cadillac, earning the car the nickname "Mercillac."

The car won several awards, was featured in numerous magazines, and appeared in the 1955 movie "Runnin' Wild." Hirohata drove it for a few years, then sold it in 1955. In 1959, a high school student named Jim McNeil found it on a used car lot. He drove it until 1964, and then put it away. It resurfaced in 1989, when Rod & Custom editor Pat Ganahl coaxed McNeil into restoring the car with the magazine's help.

The revived Hirohata Merc appeared at the 2015 Pebble Beach Concours d'Elegance, and was then added to the National Historic Vehicle Register.

Other notable sales at the recent auction include the 1965 Ford Shelby GT350 Competition “Flying Mustang”, a rare 1965 Shelby Cobra Factory Stage III 289 Dragonsnake, and the 1994 Porsche 911 Turbo from "Bad Boys."