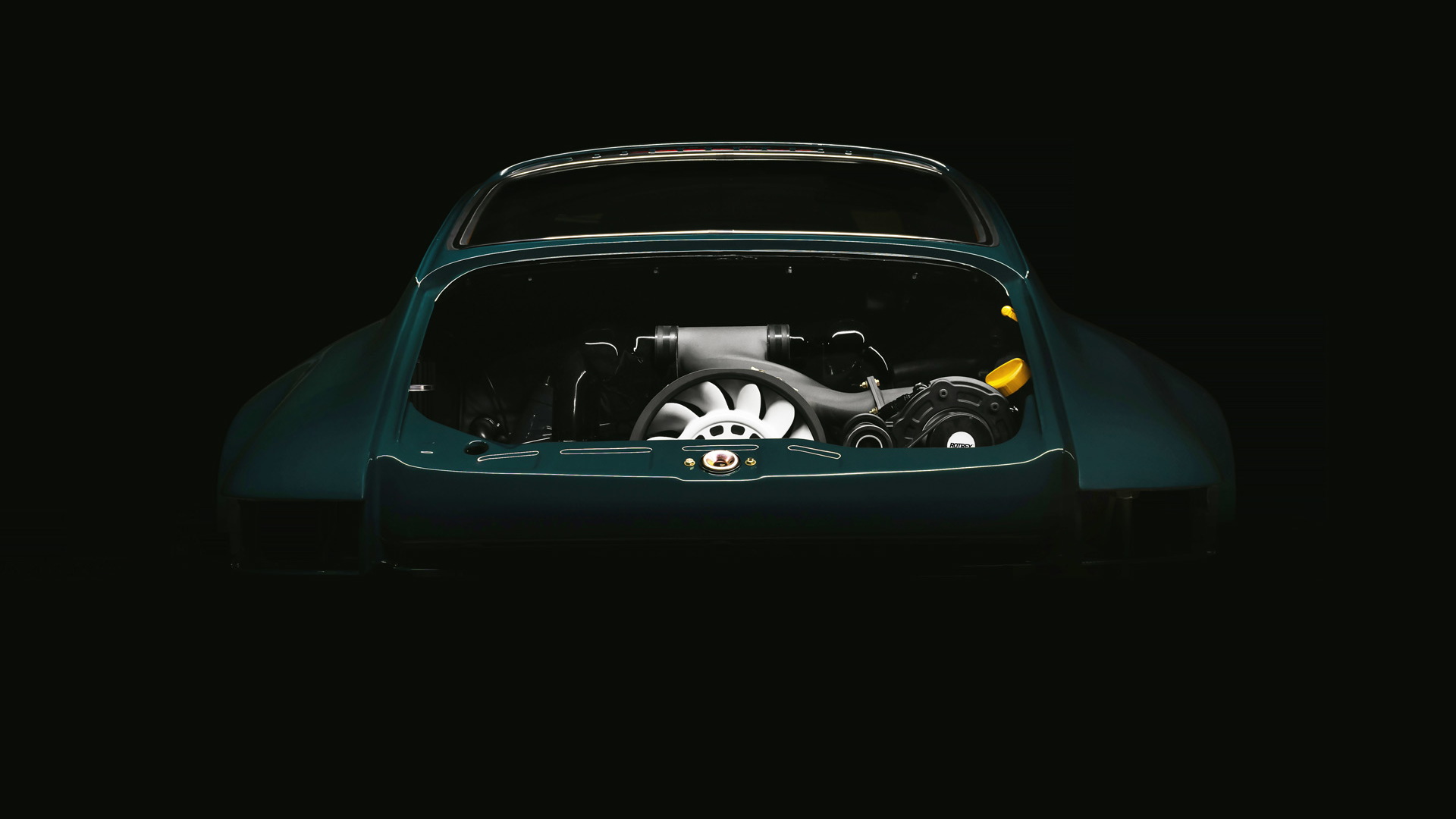 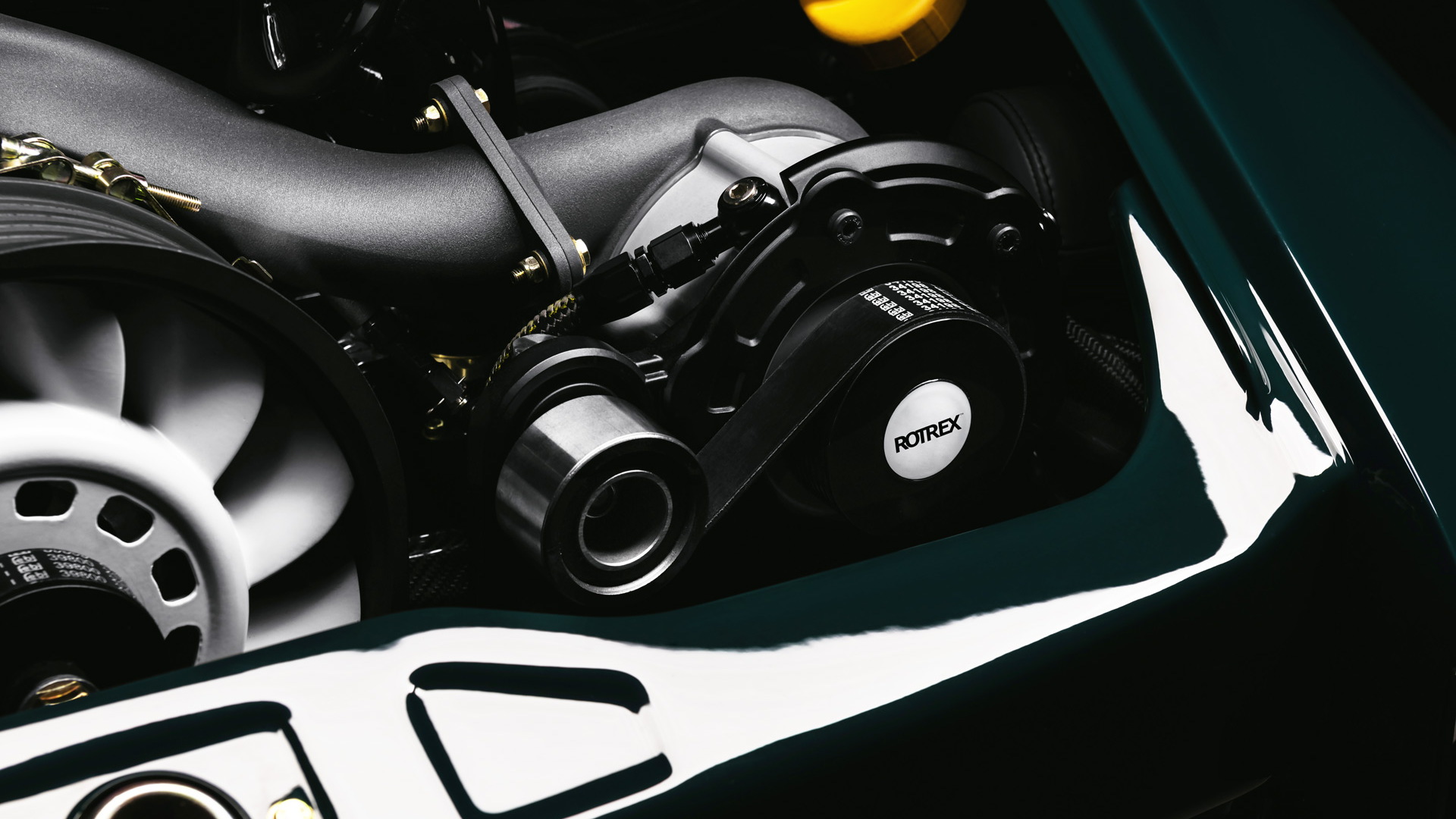 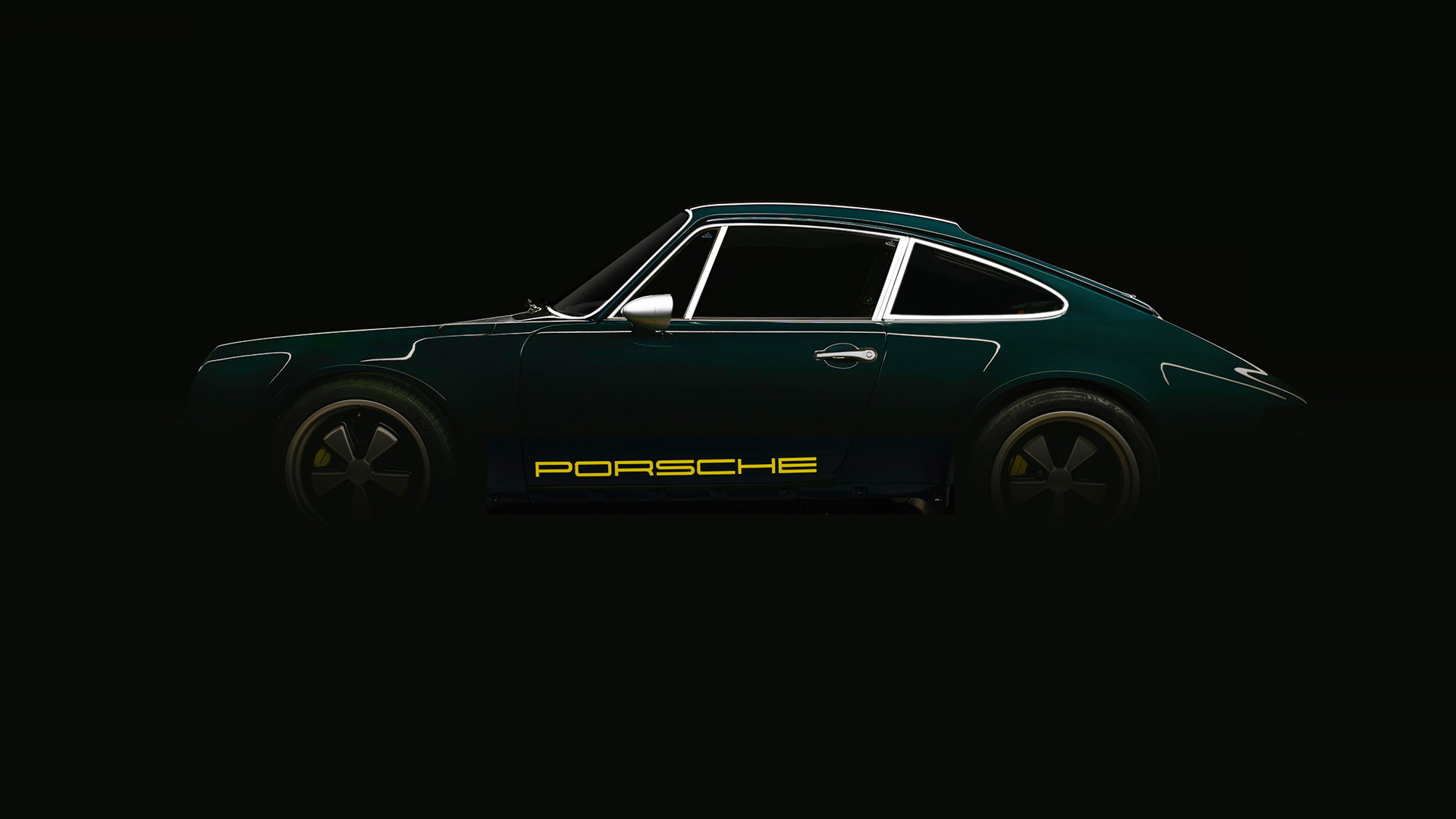 While Porsche 911s typically rely on turbocharging for increased performance from their engines, Theon Design headed down a different route for its latest 911 restomod.

The British company this week released the first details on a supercharged 3.6-liter flat-6 it has developed. The engine is based on an air-cooled Porsche flat-6 that Theon rebuilt and fitted with a Rotrex supercharger. The engine also features a water-methanol injection system, which cools the charged air in the cylinder and as a result helps prevent dreaded detonation. Such systems can also help boost power.

Theon quotes a peak output of 450 hp and 368 lb-ft of torque for its supercharged engine. Should buyers want to stick with naturally aspirated power, Theon has options here as well. Customers can choose from naturally aspirated flat-6 engines displacing 3.6, 3.8 or 4.0 liters.

The first application of the supercharged engine will be a 964-generation 911 restomod commissioned by a customer in Belgium. The customer has selected a shade of aquamarine that was originally offered on the Porsche 356 in the 1950s, as well as some weight-saving mods.

Also new to the car is a suspension setup with active dampers that were developed in partnership with a company called TracTive. A switch in the cabin will enable the driver to adjust the level of damping to suit the current driving condition.

As with all Theon builds, the car was first stripped to the bare metal and then rebuilt to what the company describes as better than OEM standards. Should the customer desire, a full carbon-fiber body can also be produced.

The full reveal of Thoen's supercharged 911 is planned for the coming weeks.