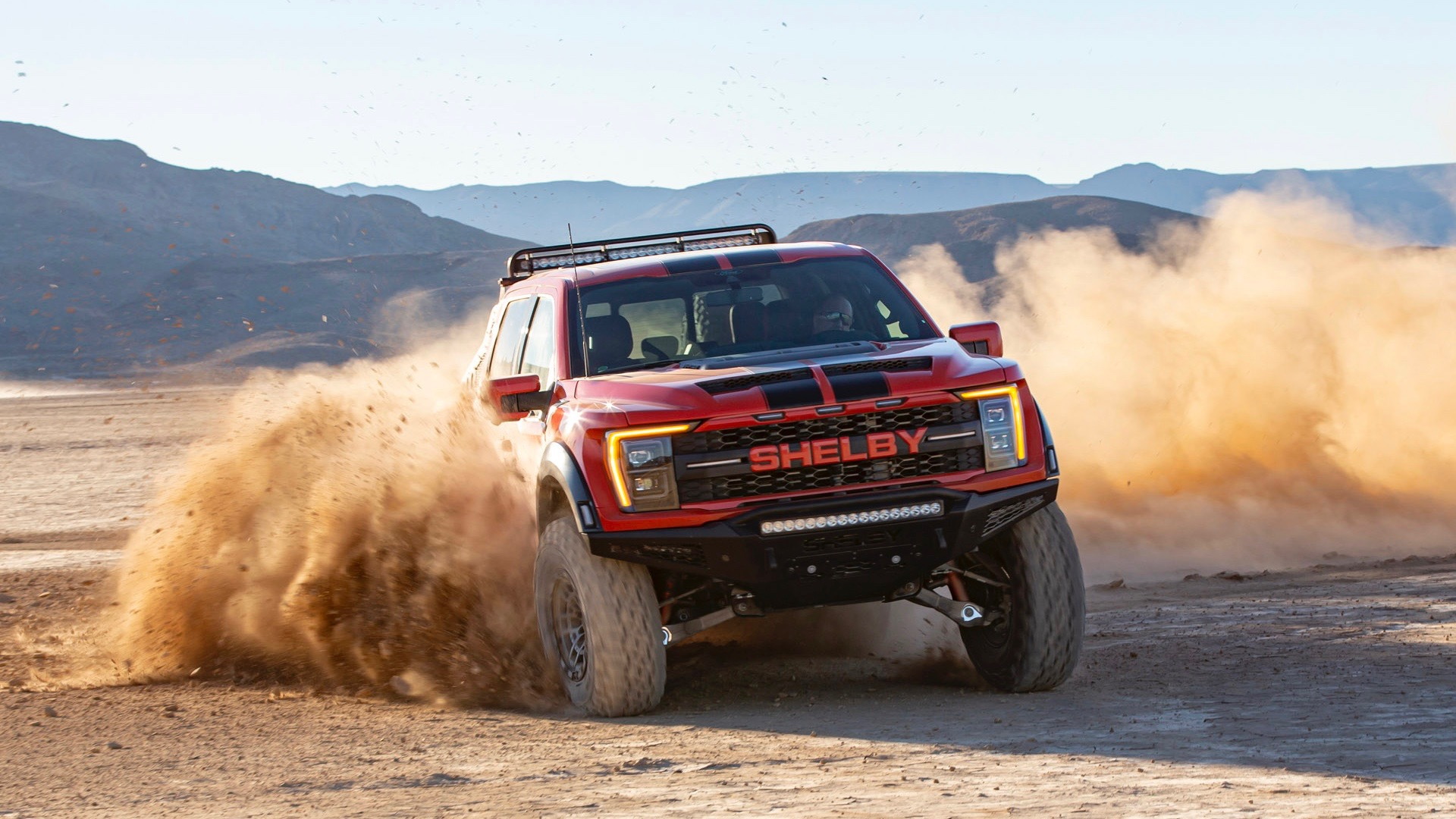 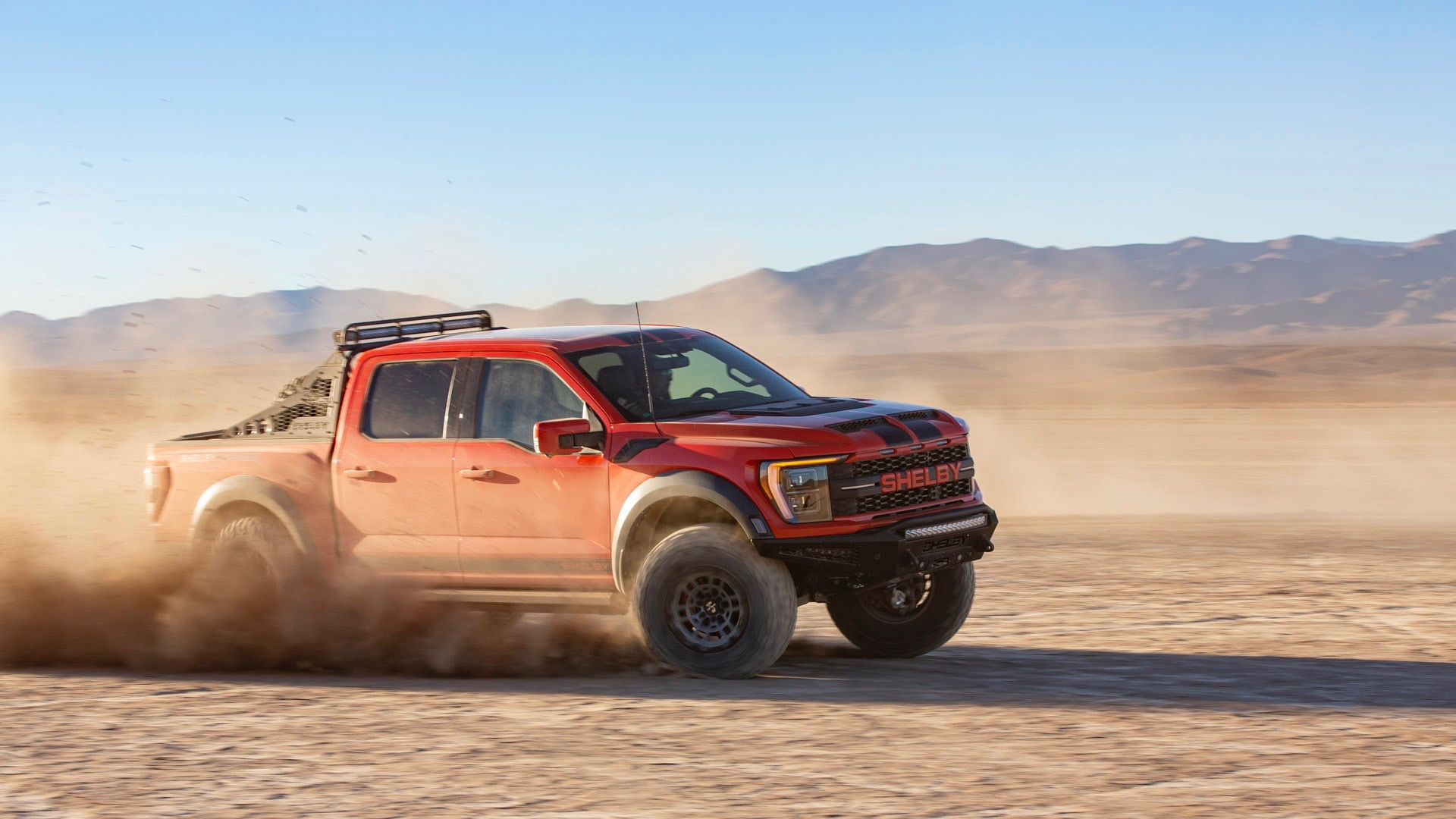 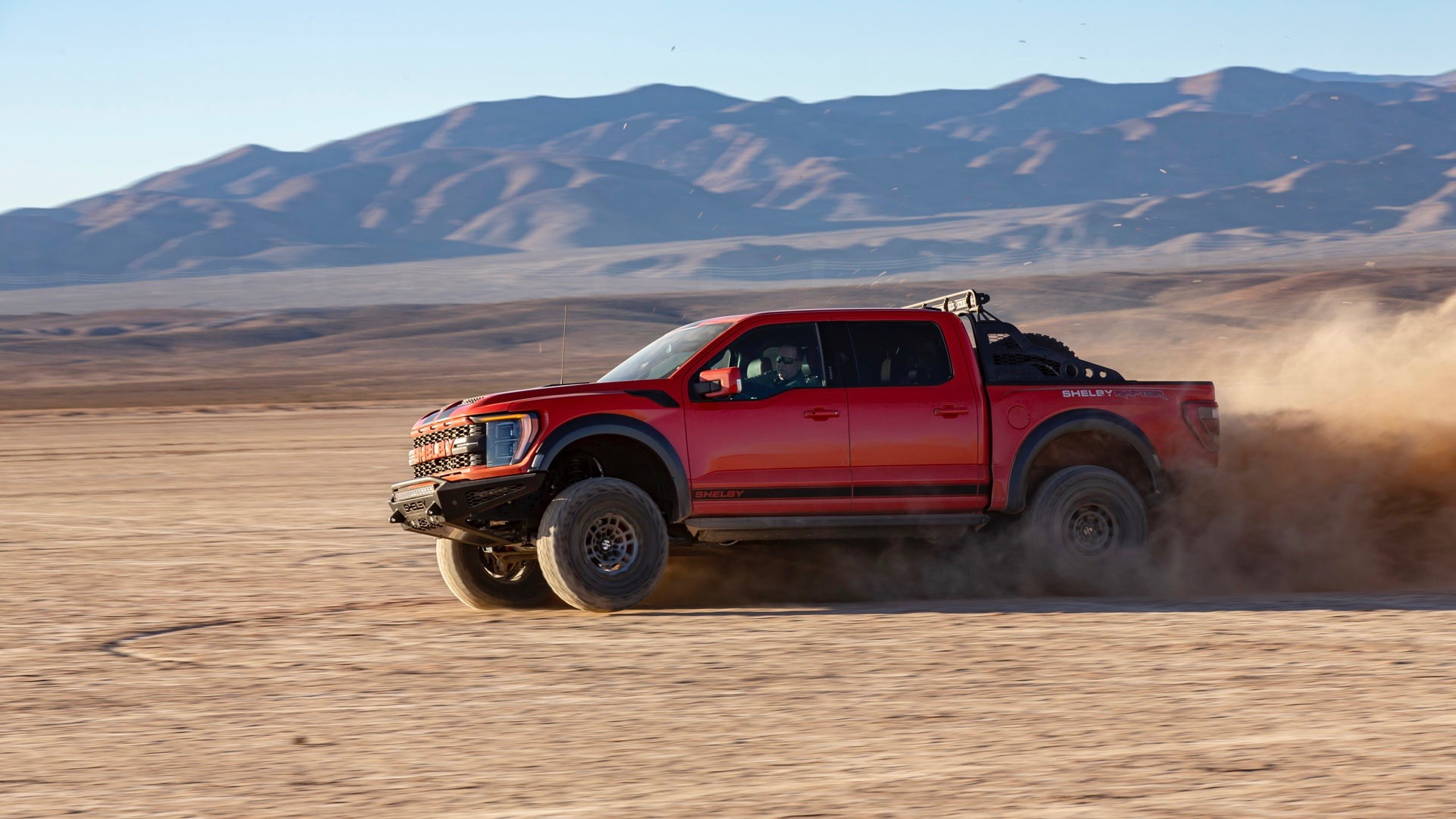 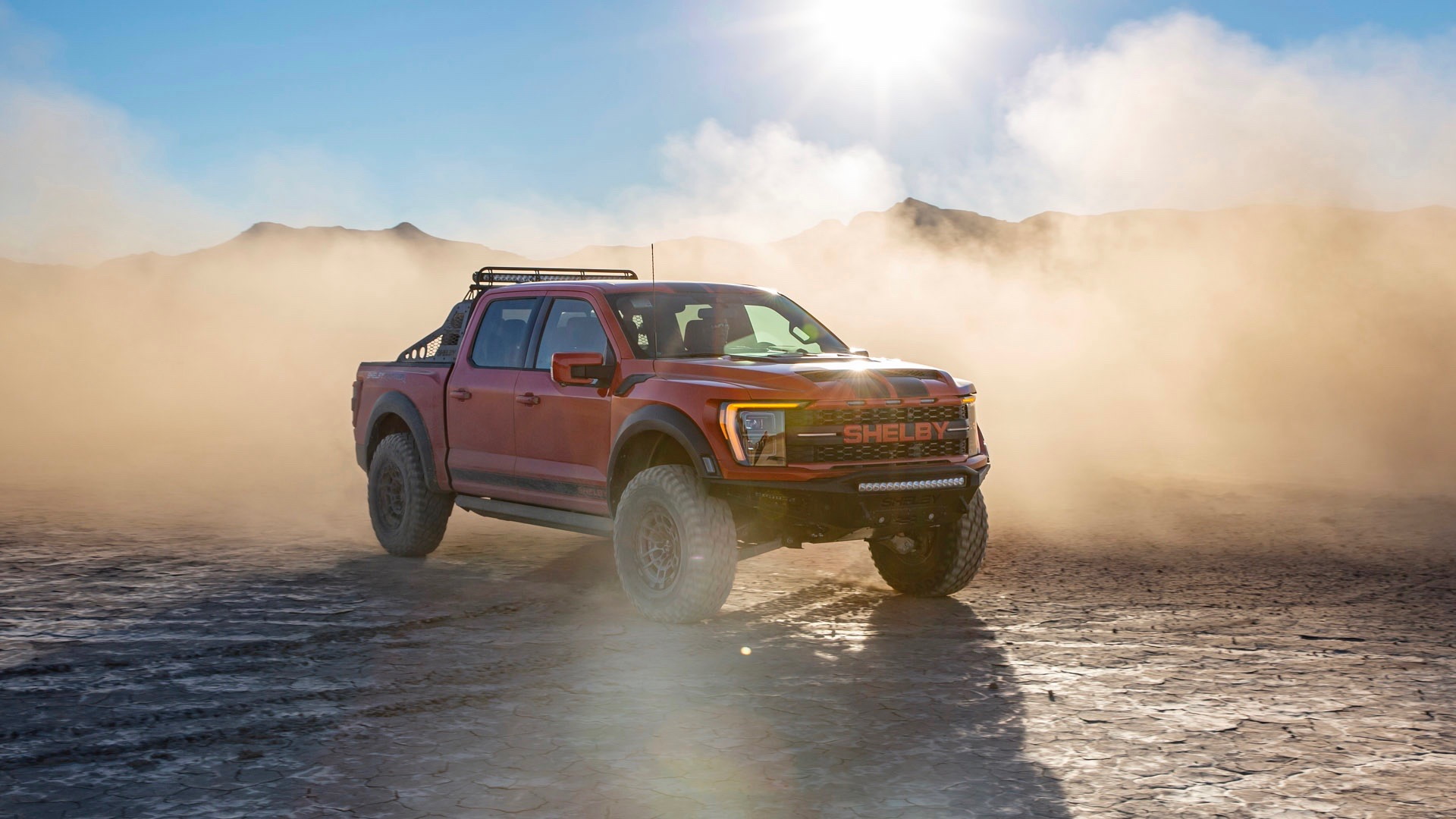 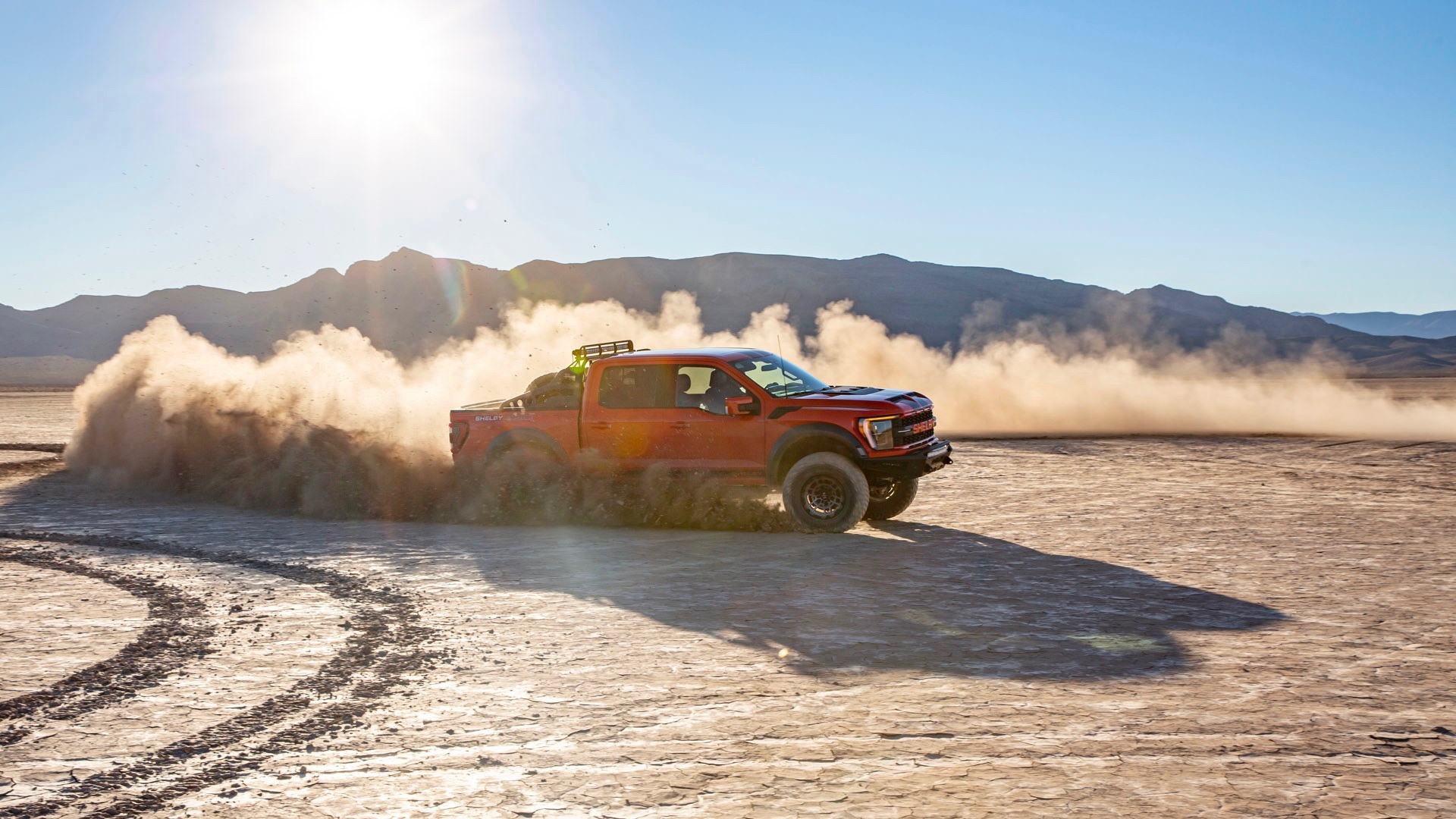 Shelby American has released its take on the latest Ford F-150 Raptor, upping the levels of power and attitude.

The 2022 Shelby Raptor gets a cold-air intake, new exhaust system, and aftermarket tune for its 3.5-liter twin-turbocharged V-6, increasing output from the stock 450 hp and 510 lb-ft of torque to 525 hp and 610 lb-ft. Those are the same numbers Shelby extracted from a 2018 Raptor, which makes sense, as the engine is a carryover item.

Shelby also made the Raptor look even more extreme, adding hood scoops, a new grille with "Shelby" block lettering, a new front bumper with LED light bar, and a chase rack for the bed that can hold spare tires and has its own LED light bar.

The interior gets custom leather seats with red trim, plus lots of Shelby badging and a dashboard plaque with a serial number entered in the official Shelby Registry.

Shelby hasn't published pricing for the 2022 Raptor, but the 2021 model started at $124,820, including the price of the donor Raptor. For about $10,000 less, you could also get a supercharged V-8 Shelby F-150 with 775 hp. Meanwhile, Ford is set to unveil its own V-8 Raptor R later this year. It's unclear if the factory model will match the Shelby's output, but it's nice to have options.