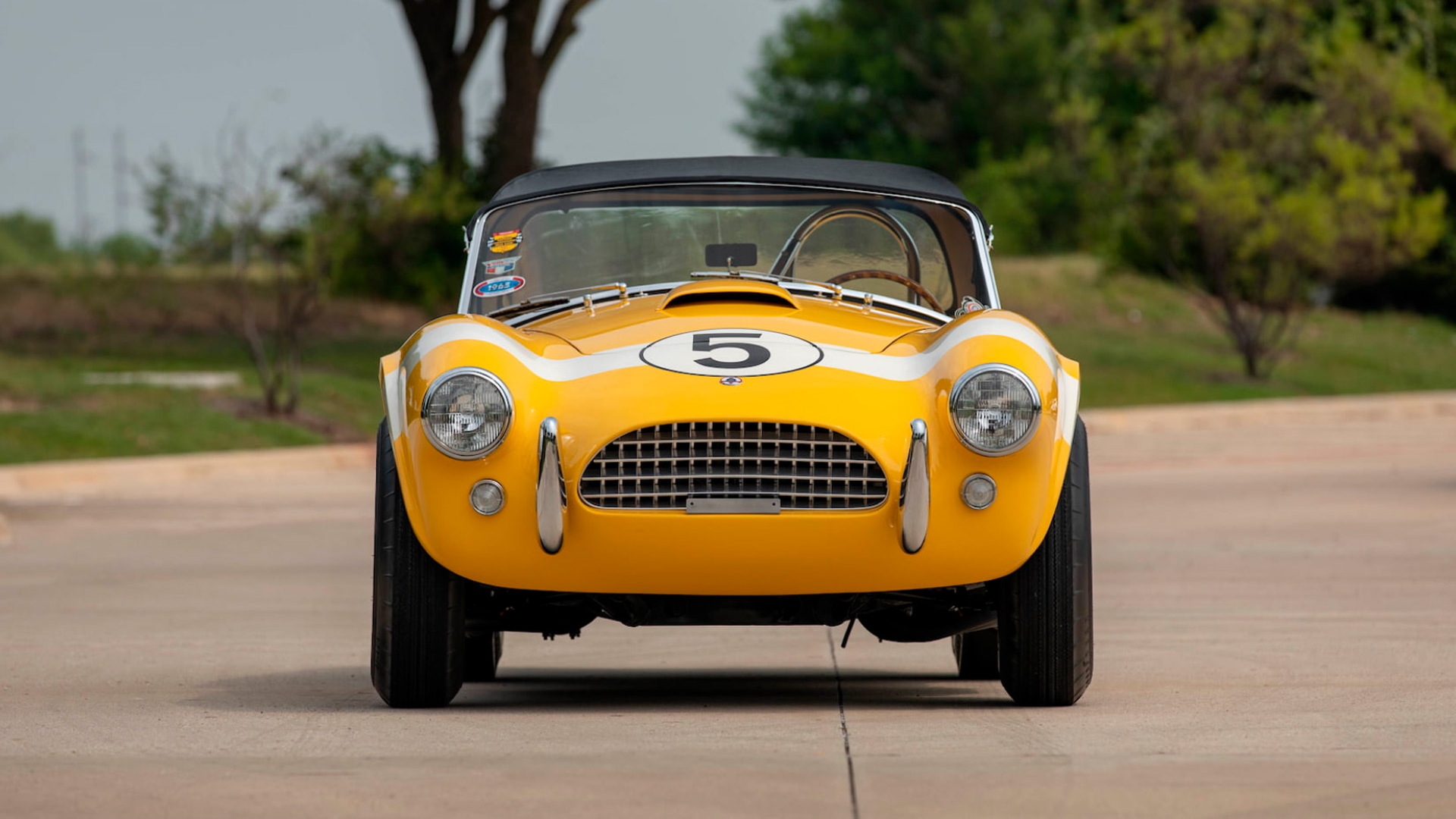 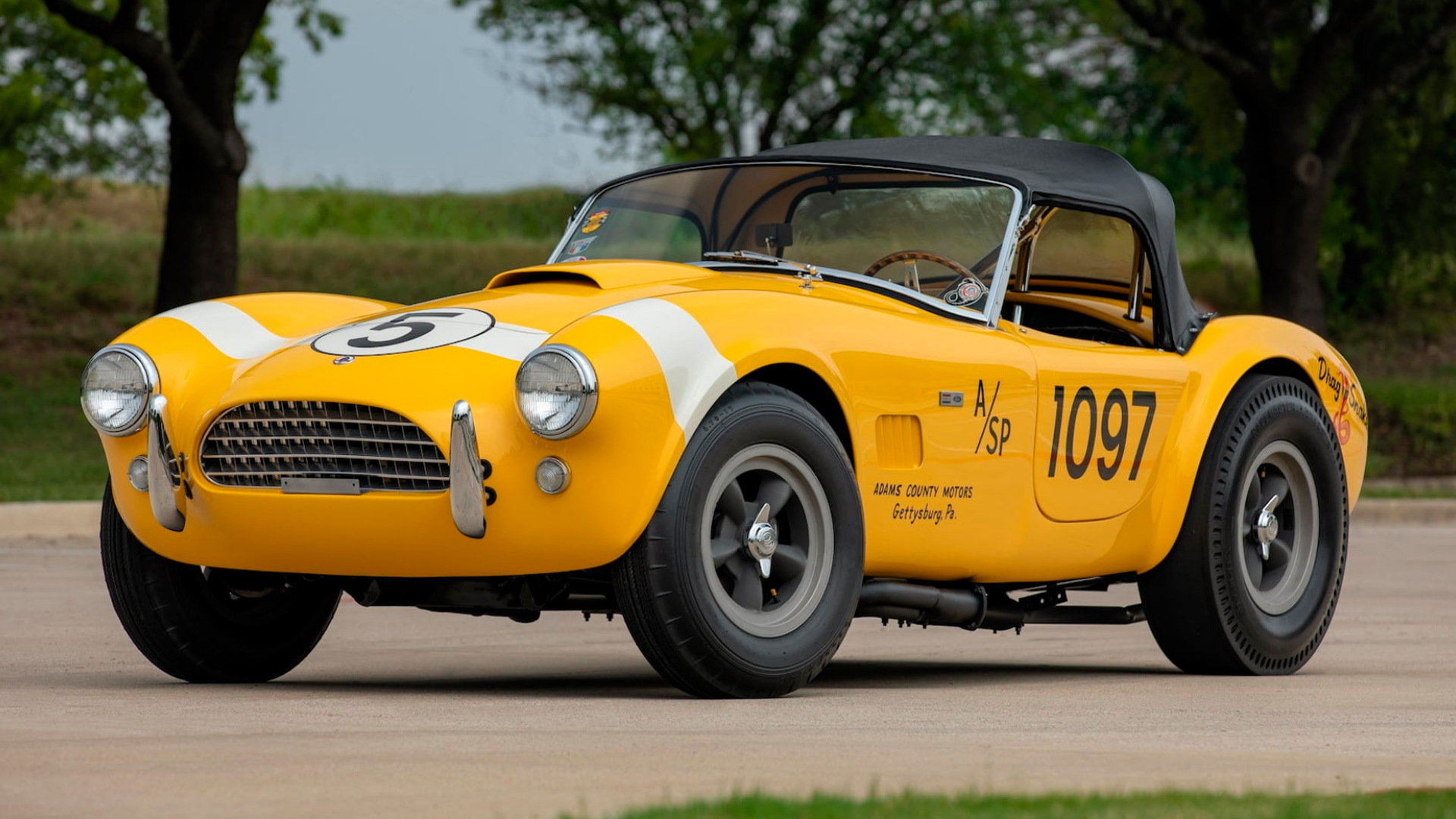 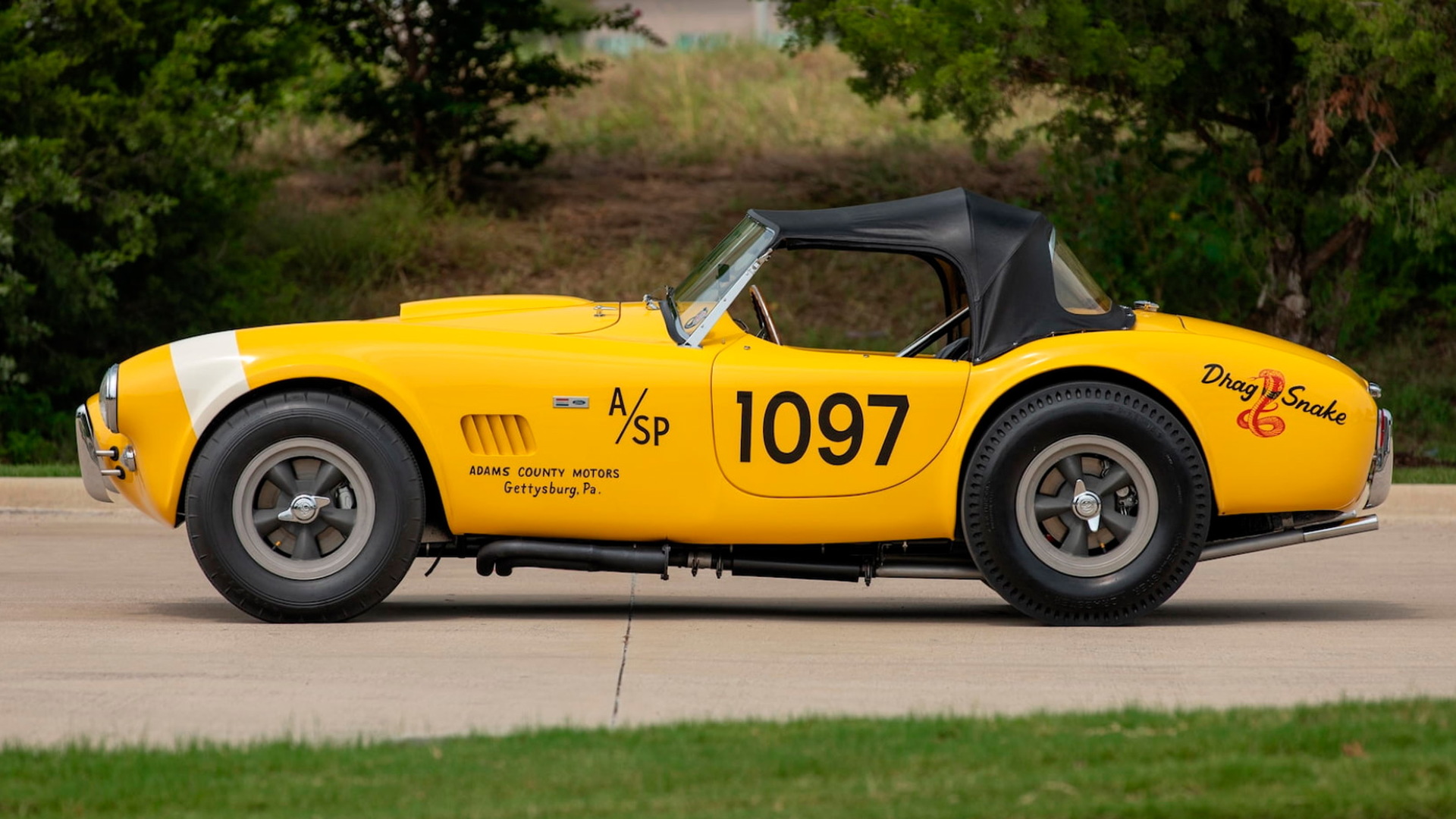 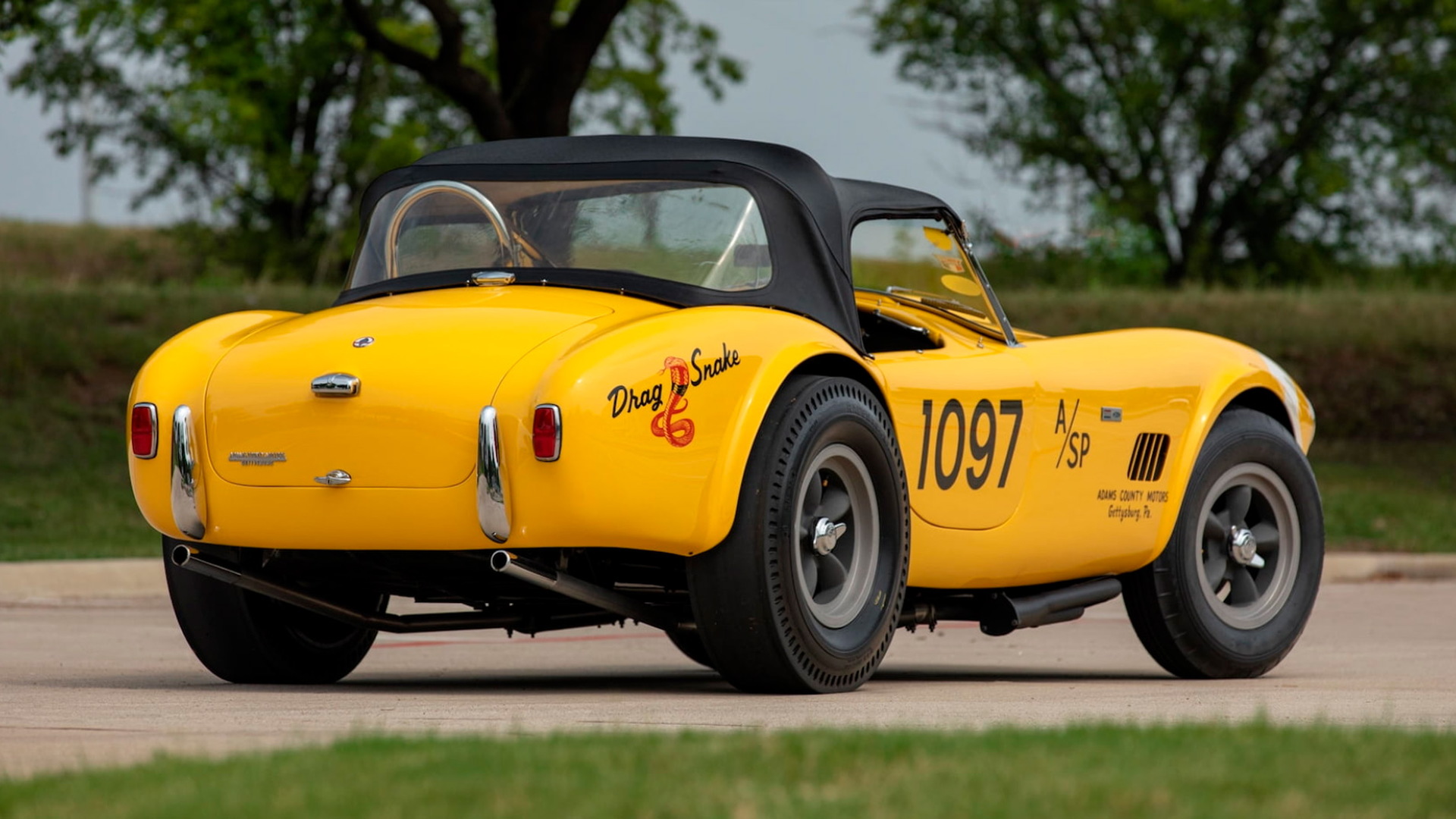 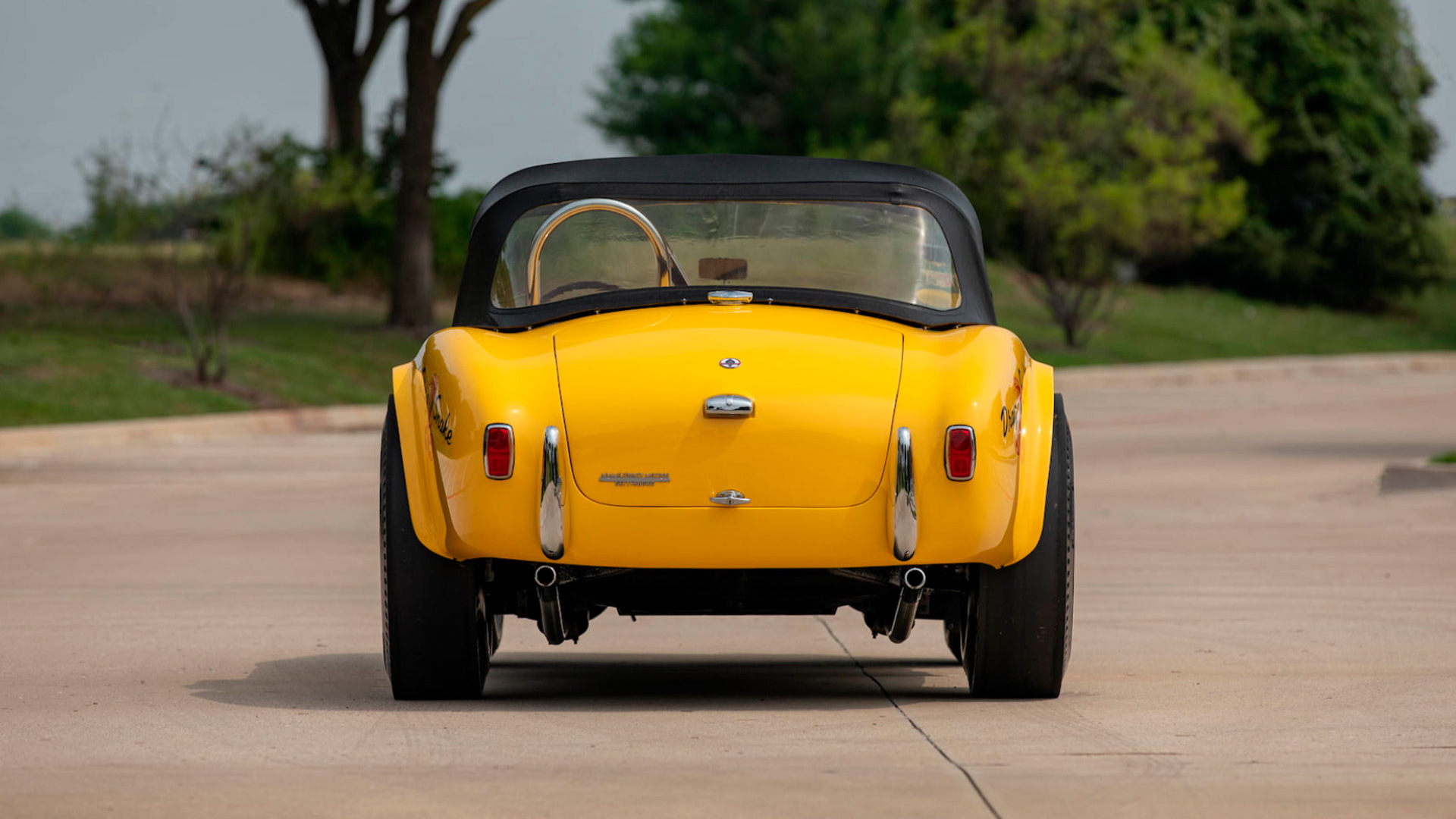 A rare Shelby Cobra, one of just six like it, is headed to Mecum's auction running January 6-15 in Kissimmee, Florida.

The car is a 1965 Shelby Cobra Factory Stage III 289 Dragonsnake originally built by Shelby for drag racing, and it was part of the Steven Juliano estate sale held by Mecum in 2019. The car failed to meet its reserve and is now back on the auction circuit.

Dragonsnake Cobras are among the rarest competition Cobras produced. Built exclusively for drag racing, only seven or eight were assembled, and only six featured Ford's 289 4.7-liter V-8. This one, bearing chassis number CSX2427, is a rarer still Factory Stage III car with Weber carbs and a 4-speed manual transmission. 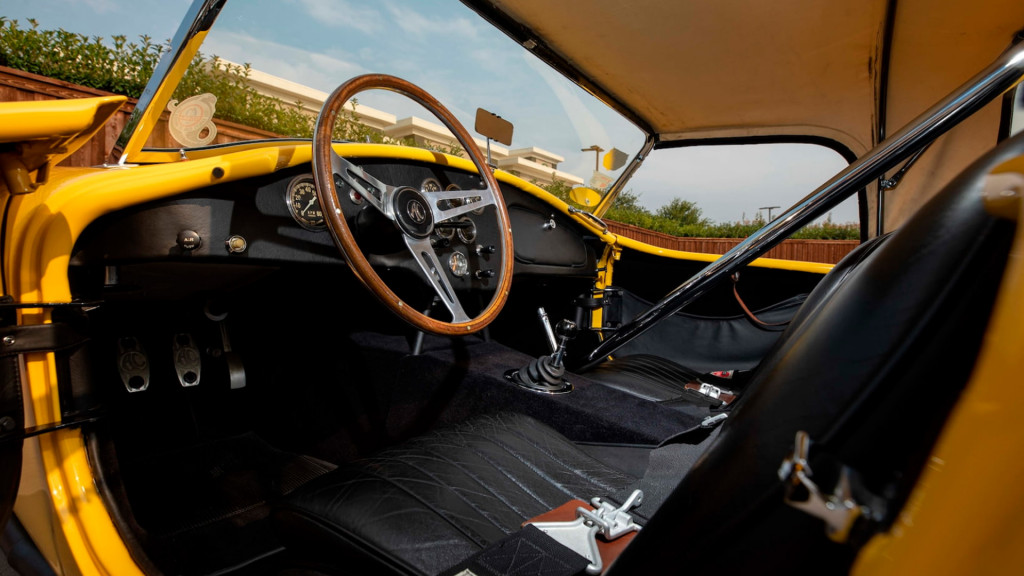 It was ordered by brothers Don and Mike Reimer of Gettysburg, Pennsylvania, with the special-order yellow exterior chosen to match their Thunderbird tow vehicle. The original price on the invoice of the Gettysburg Ford dealership, dated August 3, 1964, is stated as $8,695, plus a $305 destination charge.

The Reimer brothers entered the car in multiple drag races in 1965, with Mike behind the wheel and Don managing the team. They were regulars at the famous York U.S. 30 Drag-O-Way that year, according to the listing.

Mike had to return to college after the season and the car was put up for sale, with an ad placed in the December 1965 issue of Car and Driver. The asking price was $4,650. It then traded hands several times, and was even rebuilt in 1967 after a crash, at which point it was painted Candy Apple Red. It would undergo more paint jobs in its life until Juliano purchased the car in 2007. Juliano restored it to its original condition, and even consulted with original owner Mike Reimer to make the restoration as accurate as possible.