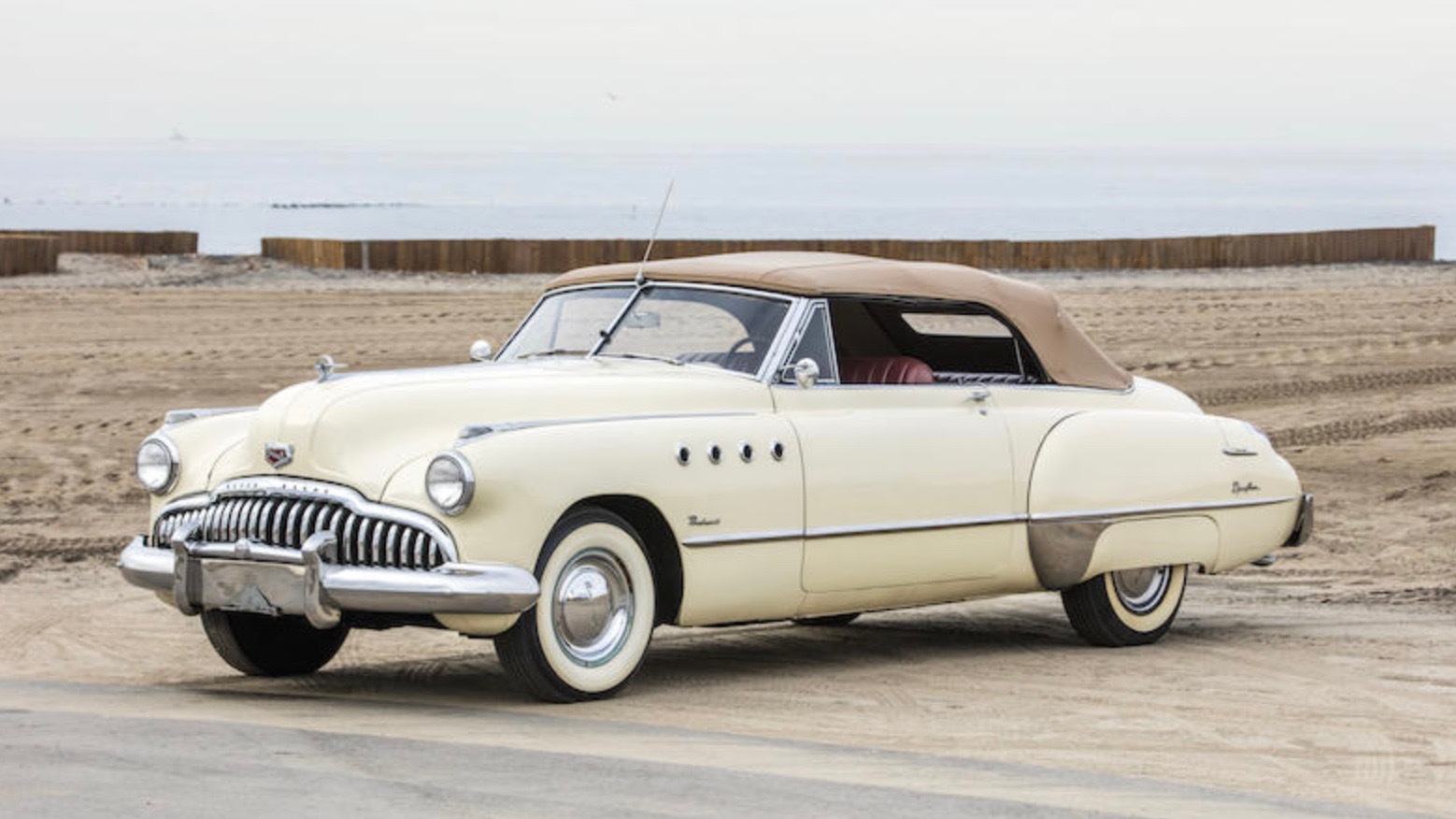 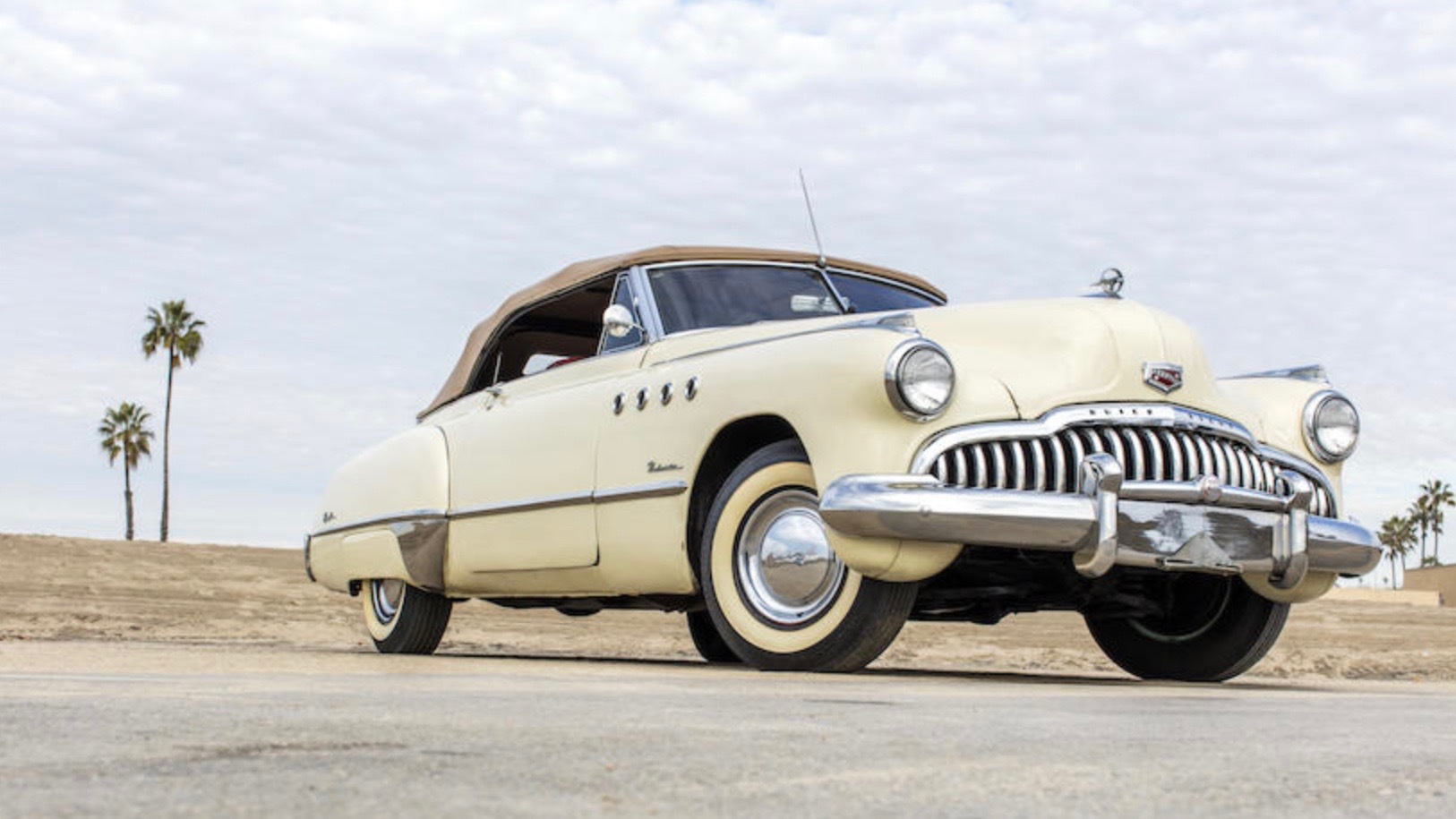 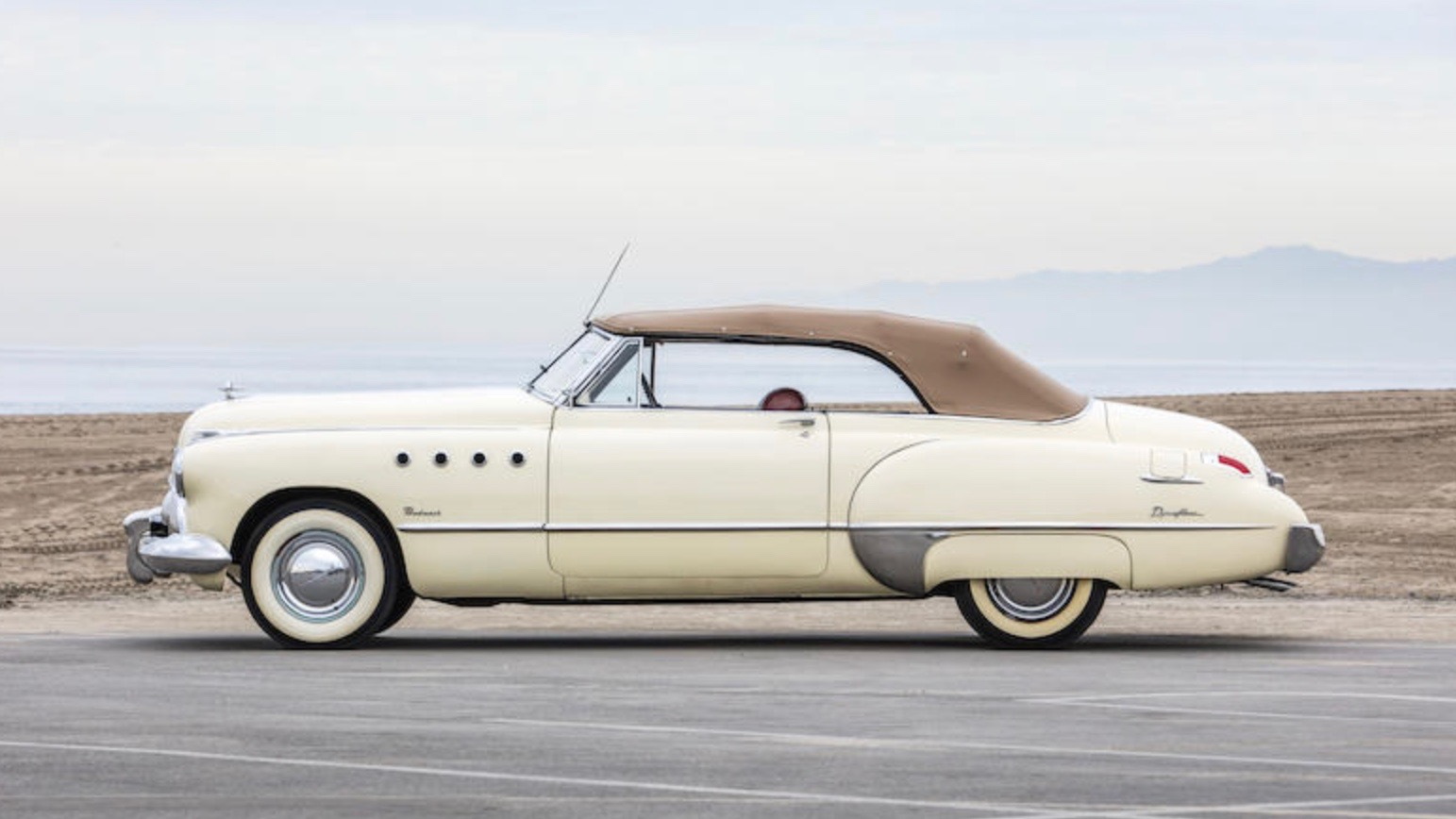 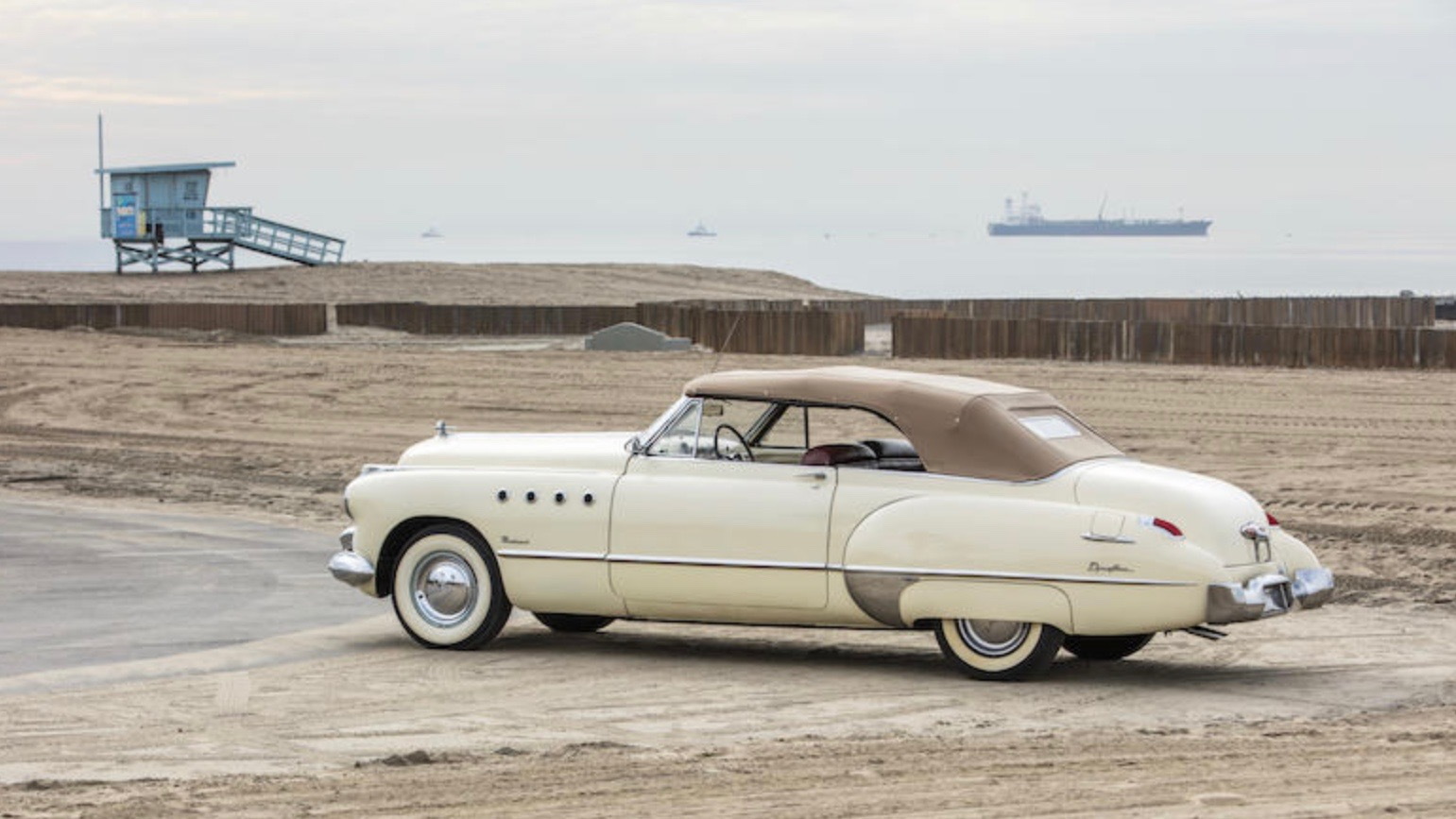 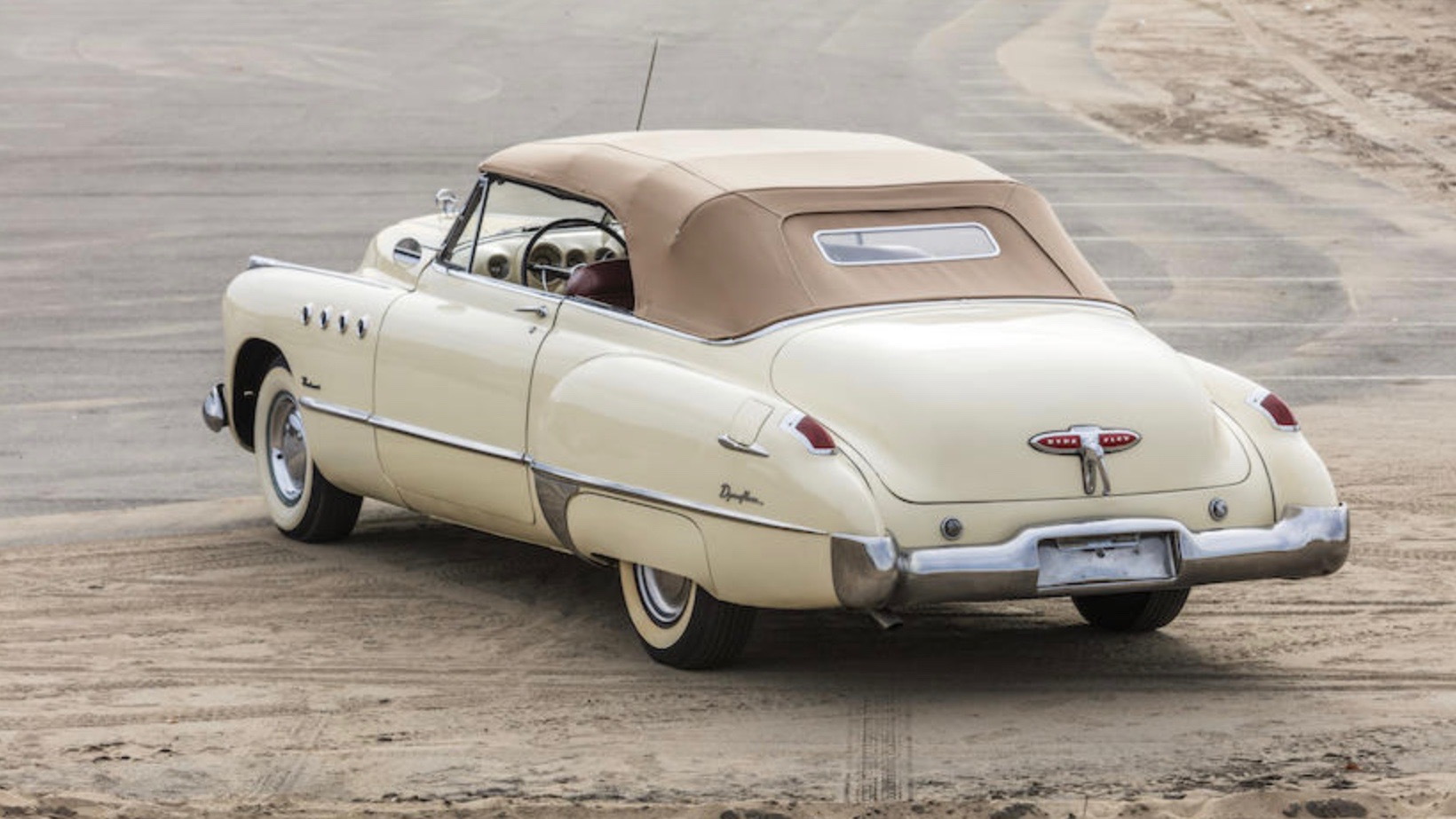 A 1949 Buick Roadmaster convertible used in the 1988 film "Rain Man" is heading to auction with Bonhams in Scottsdale, Arizona, on Jan. 27.

Since "Rain Man" centers on a cross-country road trip by brothers Charlie Babbitt (Tom Cruise) and Raymond Babbitt (Dustin Hoffman), the car is prominently featured. The car going up for auction is one of two used for filming, and was purchased by Hoffman after the movie wrapped.

Hoffman has owned the car ever since, but, aside from an appearance at a 1989 Buick Car Club event, it's rarely been seen in public, according to the auction listing.

"The Buick's been in storage too long," Hoffman said in a statement attached to the listing "It should be driven, enjoyed, and cherished."

The Roadmaster is powered by a 320-cubic-inch straight-8 (which was Buick's engine of choice at the time instead of the more common V-8) producing 150 hp. That power is sent to the rear wheels through a 2-speed automatic transmission. The Buick has front independent suspension with a live rear axle, and four-wheel drum brakes—not a lot of stopping power for such a big car.

Bonhams expects the "Rain Man" Buick to sell for between $150,000 and $250,000, likely on the strength of its Hollywood connection. It's not the only movie car to head to auction recently. A 1994 Porsche 911 Turbo from "Bad Boys" sold for $1.43 million at a Florida Mecum auction. The 1976 AMC Pacer from "Wayne's World" is set to cross the block at the Barrett-Jackson Scottsdale auction the same weekend as the Bonhams sale.