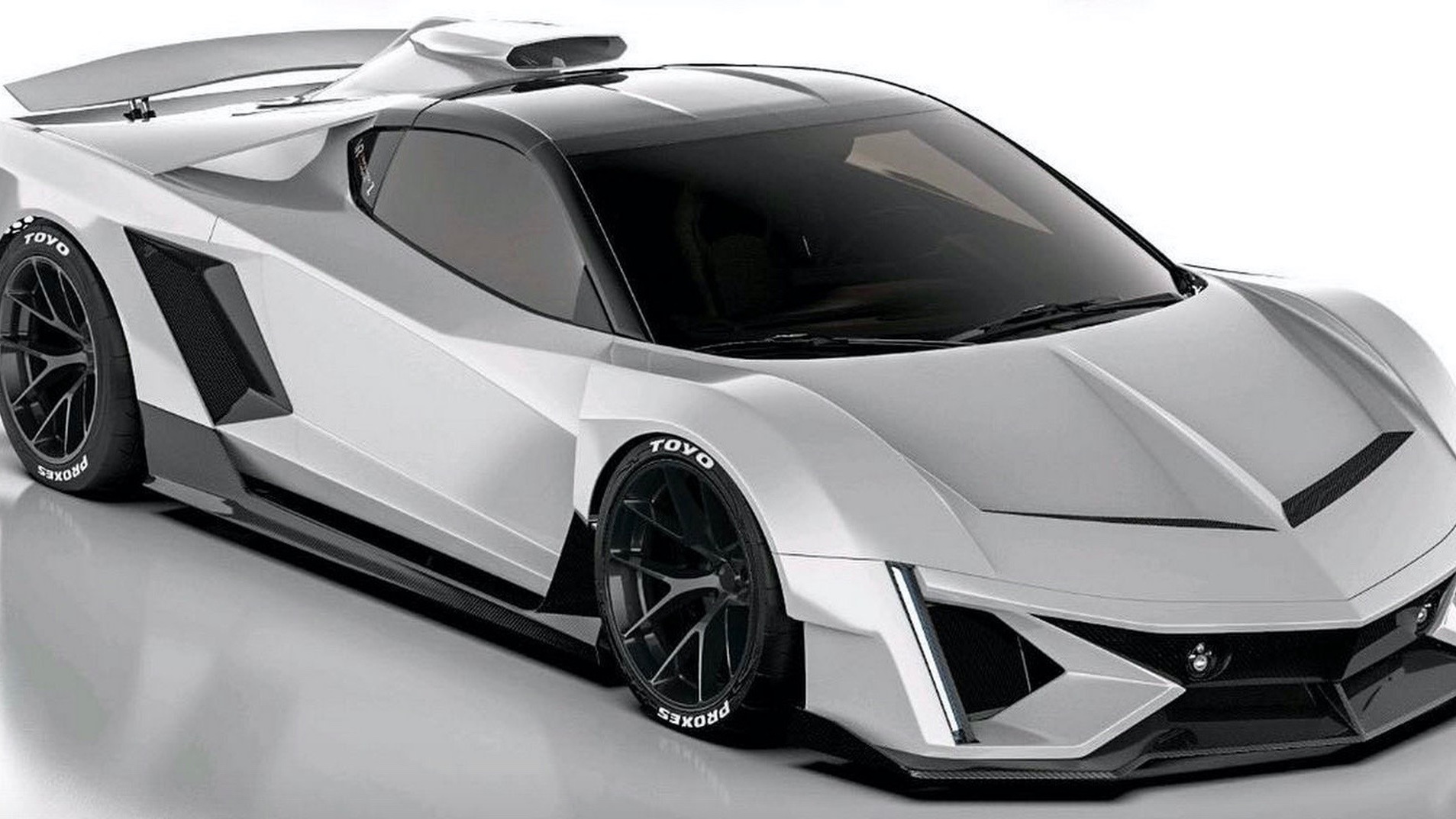 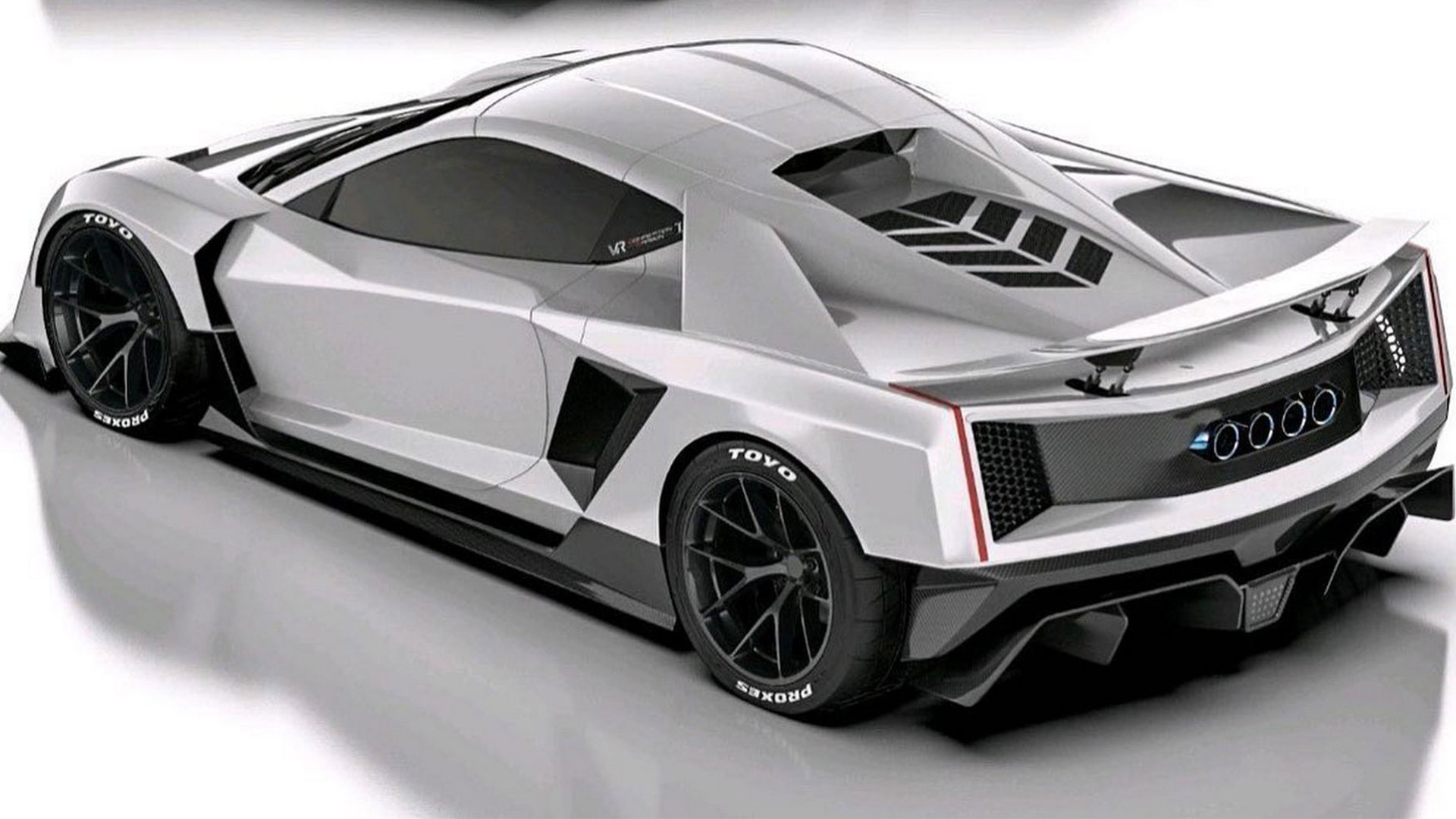 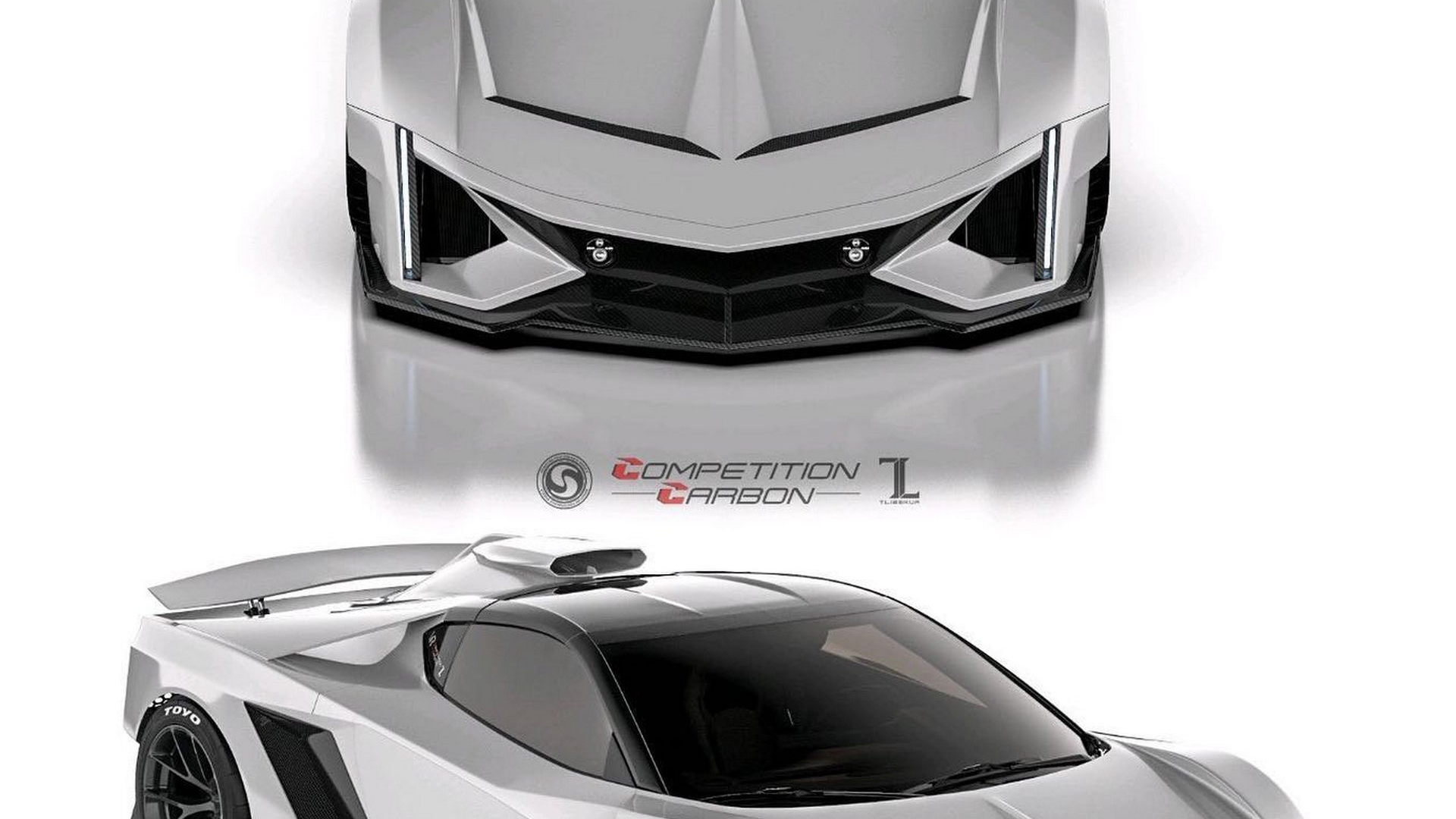 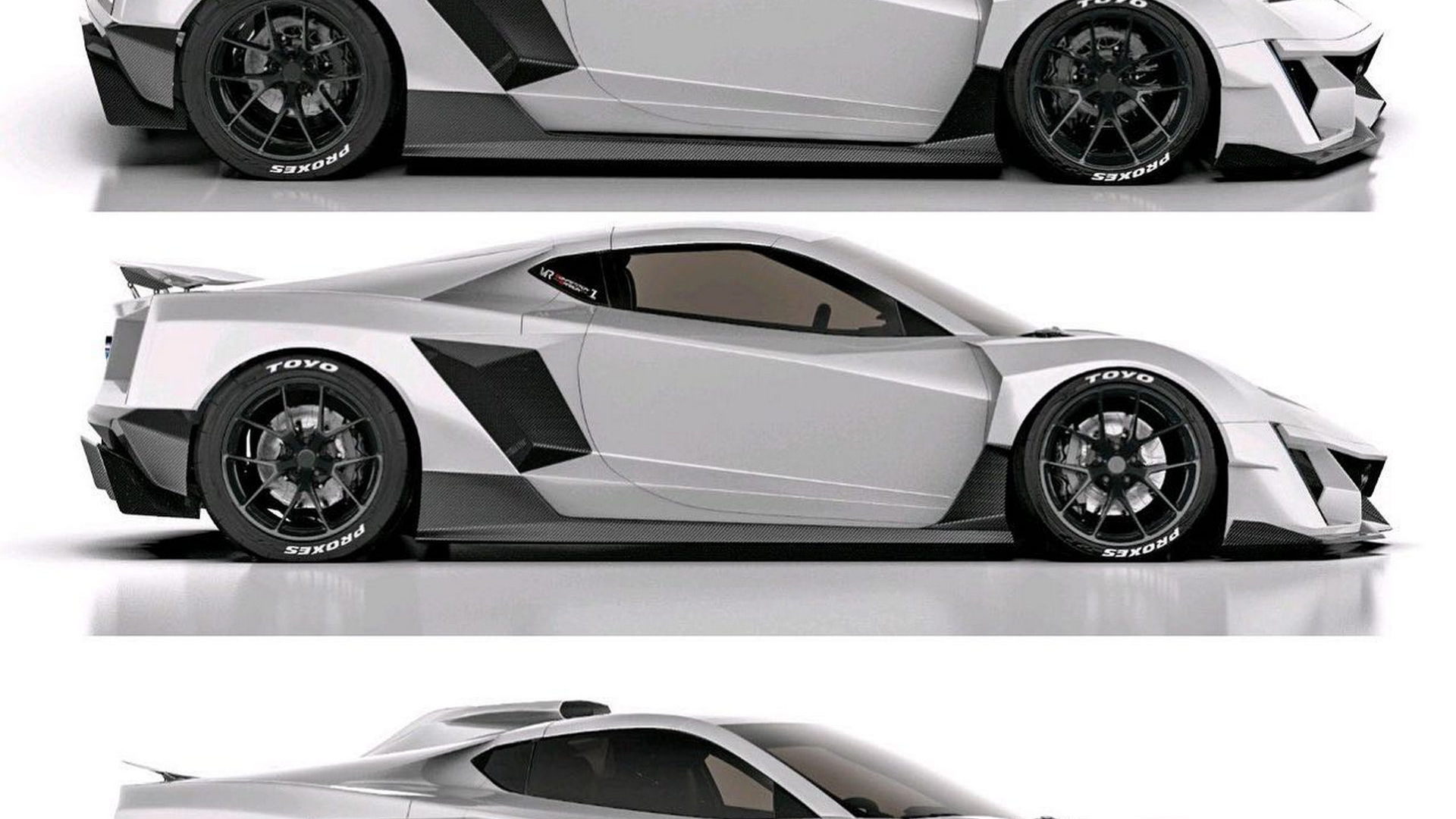 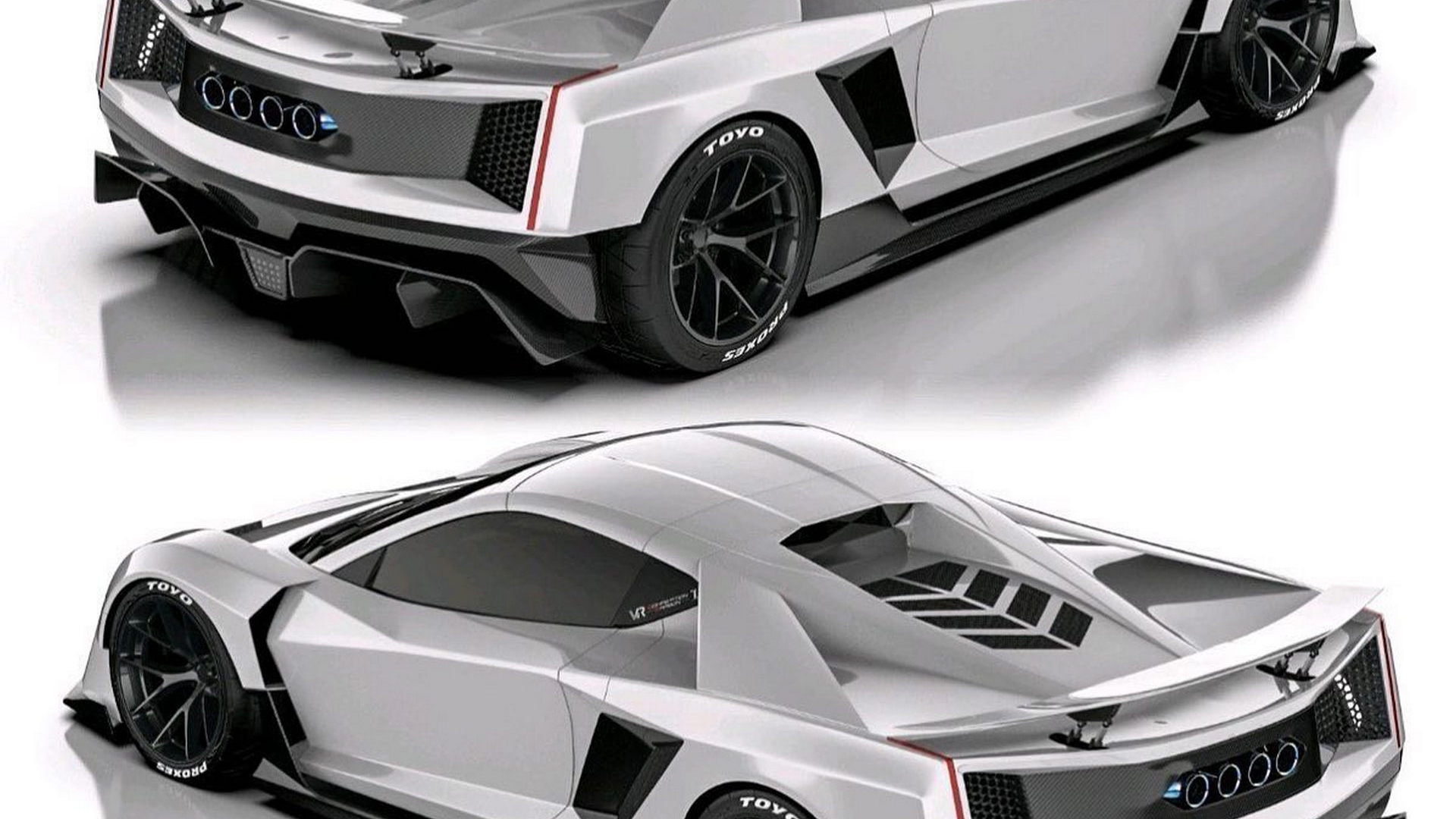 Revealed in a series of Instagram posts (via Carscoops), this ambitious project is dubbed C120R in reference to Cadillac's 120th anniversary next year. According to one of the posts, it's partly inspired by the Cadillac Cien, a mid-engined supercar concept built to celebrate the automaker's centennial. It debuted at the 2002 Detroit auto show.

Competition Carbon's renderings show a complete reworking of the Corvette's exterior. New fenders, side skirts, and side air intakes give the car a more squared-off look, but vertical headlights and taillights seem like the only elements that really identify the C120R as a Cadillac.

The transformation also includes four tailpipes in the center of the rear fascia, an adjustable rear wing, and a large rear diffuser. Some of the renderings also show a roof scoop that feeds air into the mid-mounted engine, but it's unclear if that will make the final cut.

Competition Carbon also plans to ditch the Corvette's 6.2-liter LT2 V-8 for a V-12. The company hasn't provided any specifications or even any indication of where this engine will come from, however. Recall that the 2002 Cadillac Cien concept used a bespoke 7.5-liter V-12, which, like the Cien itself, never made it to production.

Assuming the next SEMA show happens during its traditional early November timeframe, we'll have to wait almost a year to see the C120R take form. The company plans to make new body panels using SLA resin 3D printing, and has also teased a roadster version.