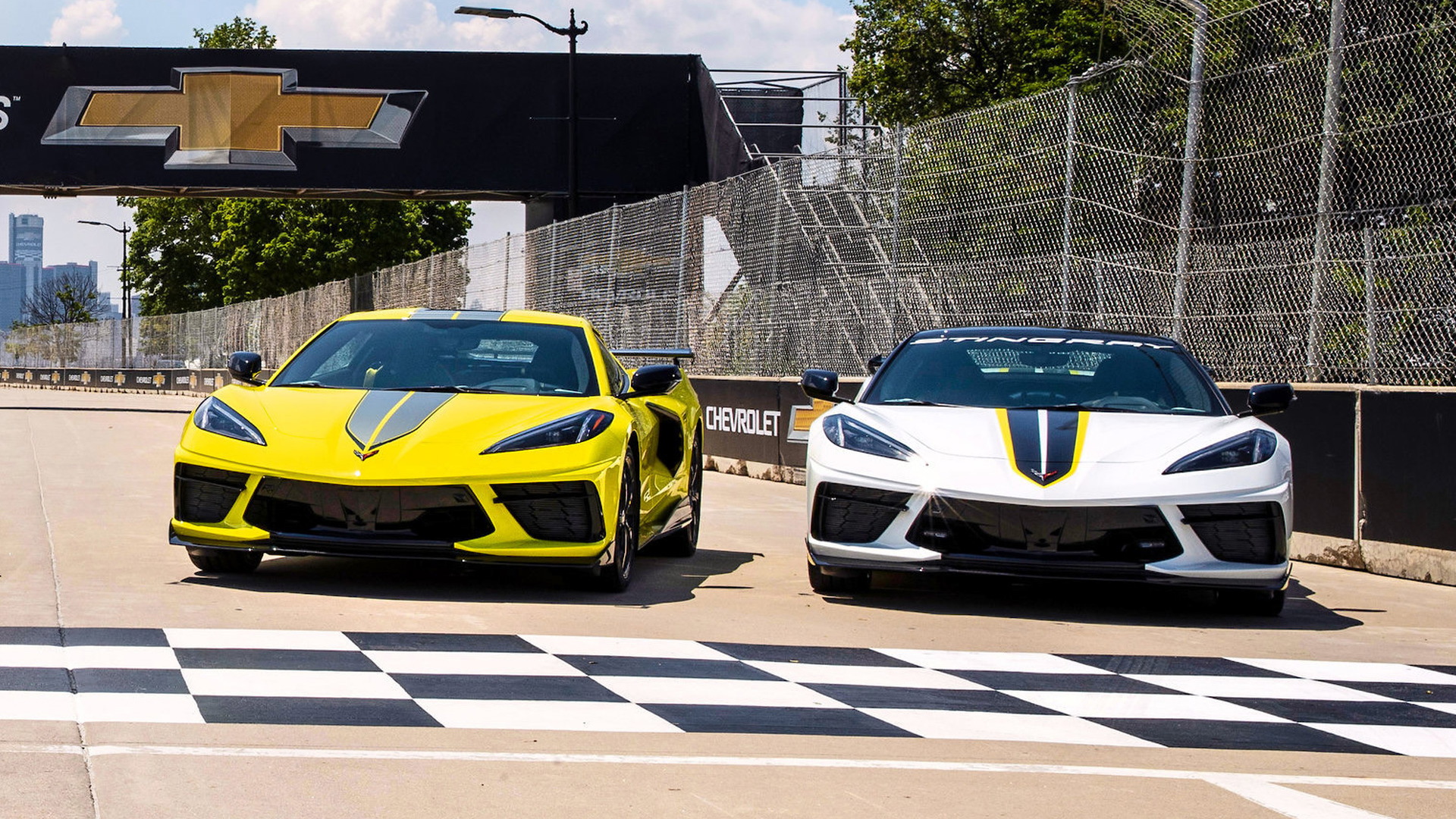 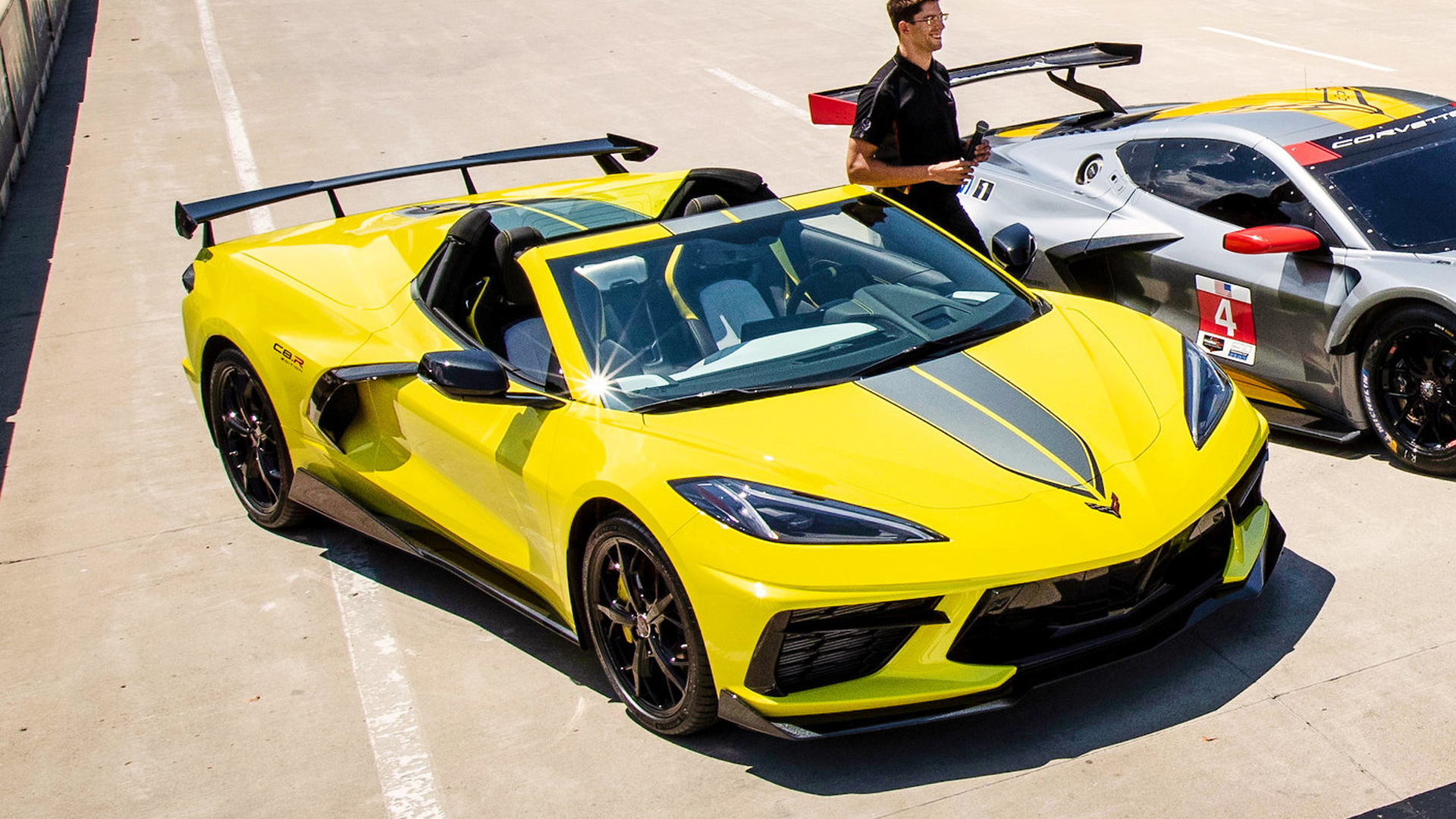 The Chevrolet Corvette enters the 2022 model year with some worthy updates, and chief among them is a new special-edition model celebrating the Corvette C8.R race car's success in the IMSA-sanctioned GTLM class of the WeatherTech SportsCar Championship.

The special edition is known as the Corvette Stingray IMSA GTLM Championship Edition, and just 1,000 examples are planned. Buyers will be able to choose between the Corvette's coupe and convertible body styles.

The car is based on the Corvette Stingray with 3LT trim and the Z51 Performance Package, and features unique styling treatments to resemble the C8.R GTLM race cars. There is also a Carbon Flash finish for the rear spoiler and side mirrors, custom wheels with the Corvette Racing logo on the center, and new side skirts.

The exterior color combo carries into the interior, which also features standard GT2 seats (Competition Sport seats are available), along with yellow seat belts and a C8.R Special Edition numbered plaque. Each car also comes with a custom car cover.

As for the 2022 Corvette range, there's still only the entry-level Corvette Stingray grade to choose from at present, though we know additional grades are being cooked up, including a new Corvette Z06. Chevy remains quiet on the timing of these future grades.

Changes to the Stingray include upgraded direct injection fuel system, improved engine calibration and an enhanced Active Fuel Management range for the standard 6.2-liter V-8, though peak output remains unchanged at 490 hp and 465 lb-ft of torque as standard and 495 hp and 470 lb-ft with the available performance exhaust system. The sole transmission remains an 8-speed dual-clutch unit.

Other changes include three new colors (Hypersonic Gray, Caffeine and Amplify Orange Tintcoat), as well as the availability of a low-profile rear spoiler, plus the front splitter normally included as part of the Z51 package, now as a standalone item.

The 2022 Corvette Stingray is priced to start at $62,195 for the coupe and $69,695 for the convertible, including destination. Ordering either body style in IMSA GTLM Championship Edition guise is a $6,595 premium.

The order books open July 1 and the first 2022 models should be rolling off the line at the Corvette plant in Bowling Green, Kentucky, late in the third quarter.

For more on the Chevrolet Corvette, read the in-depth reviews at The Car Connection.