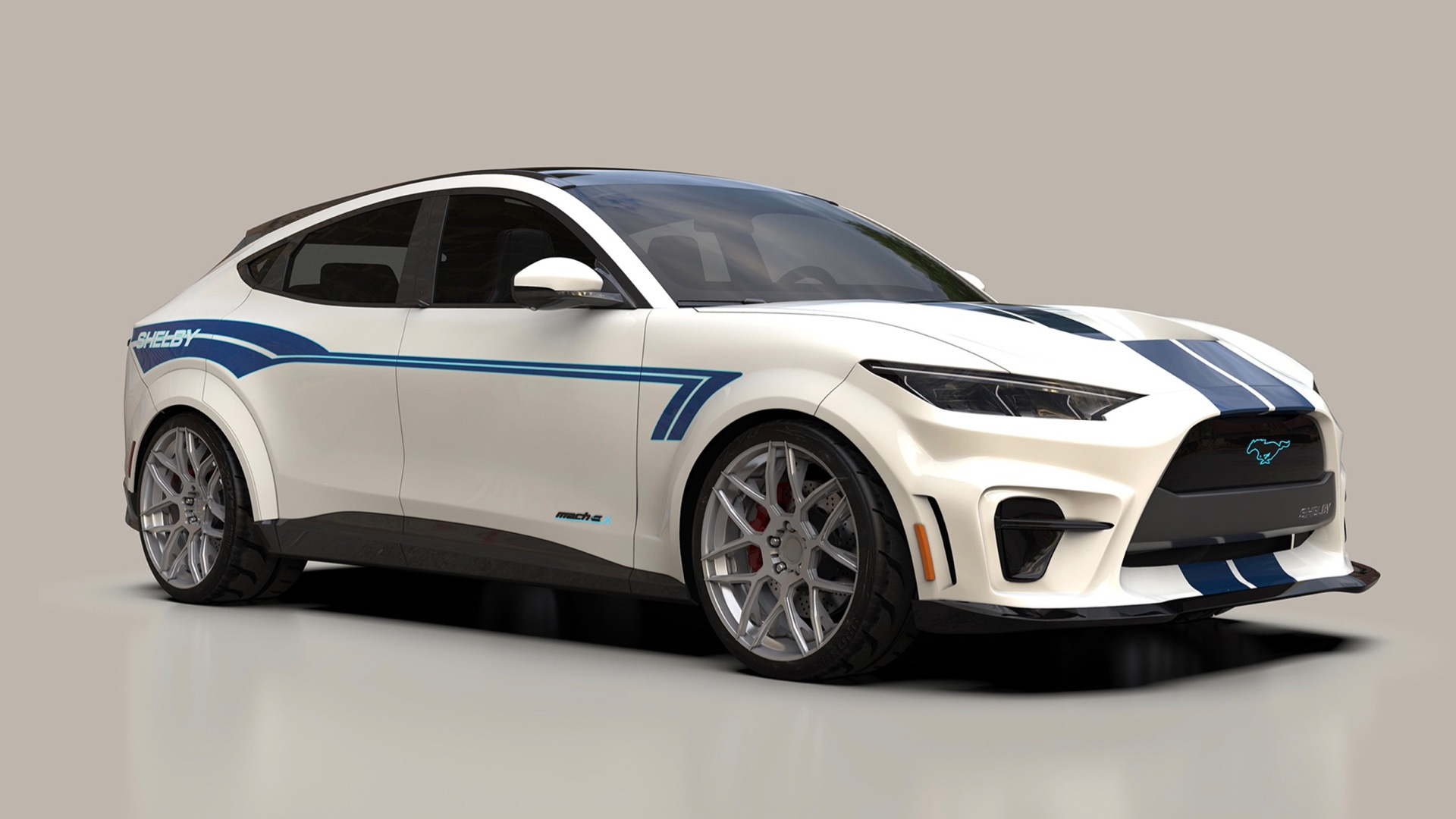 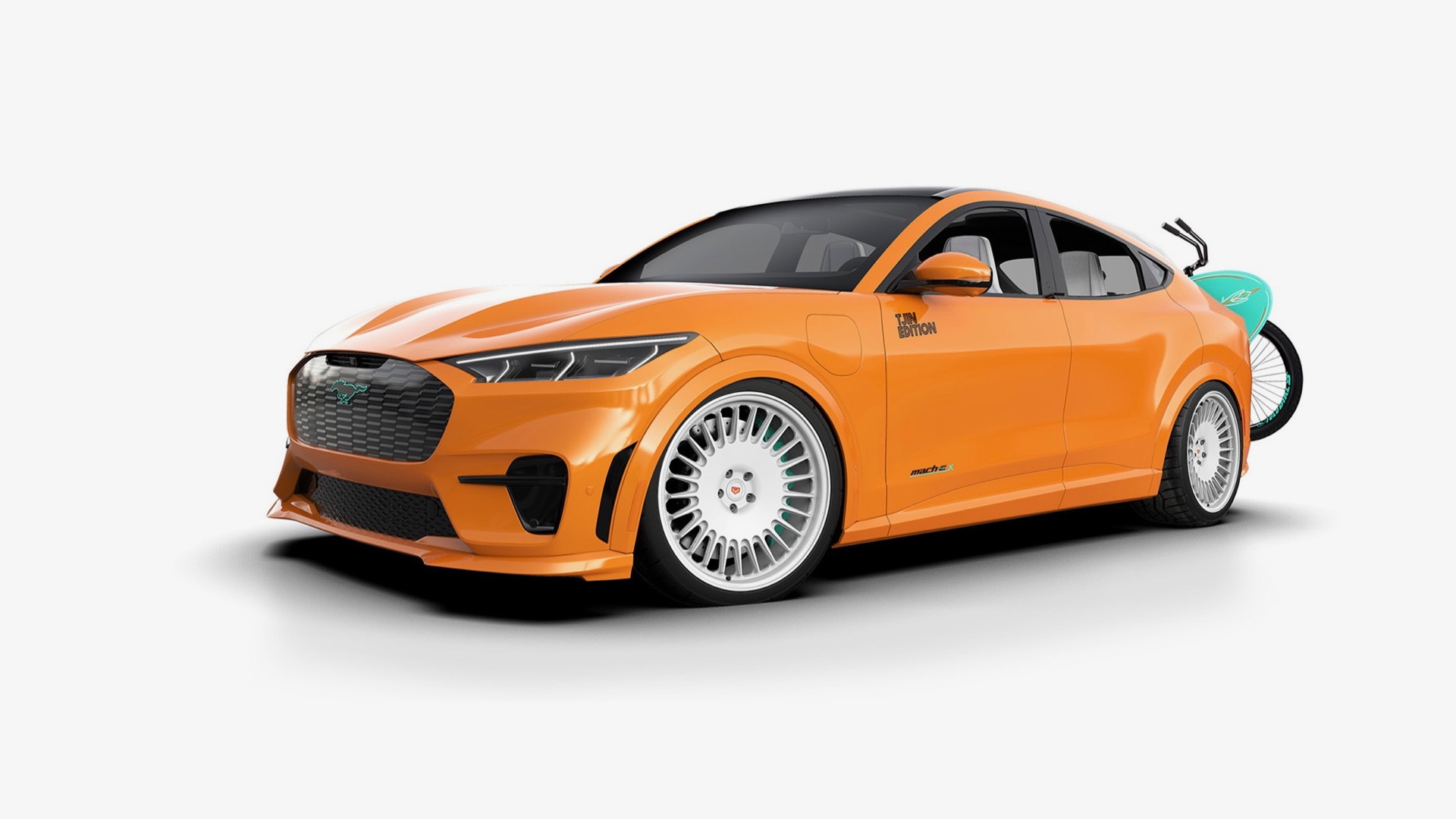 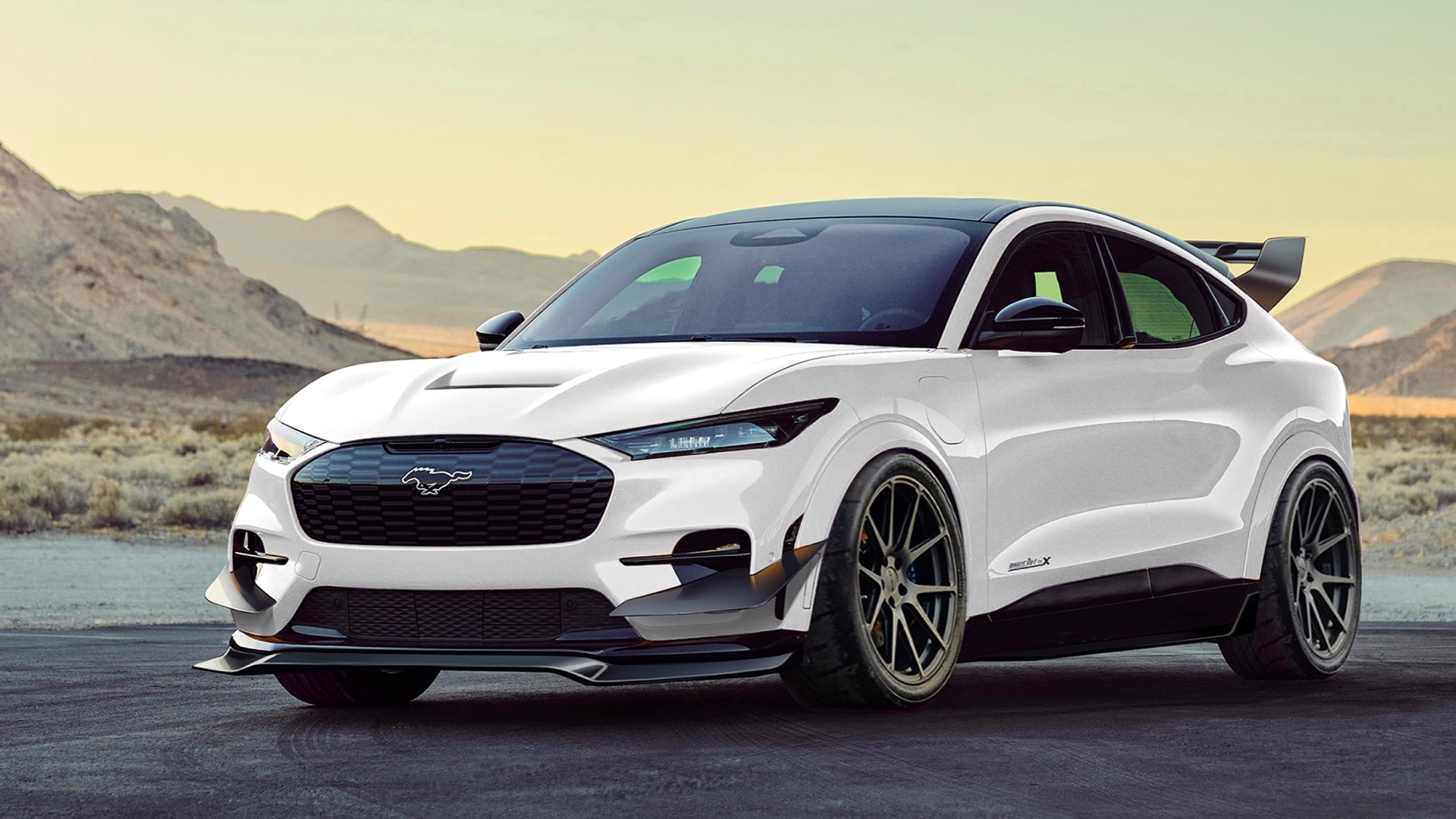 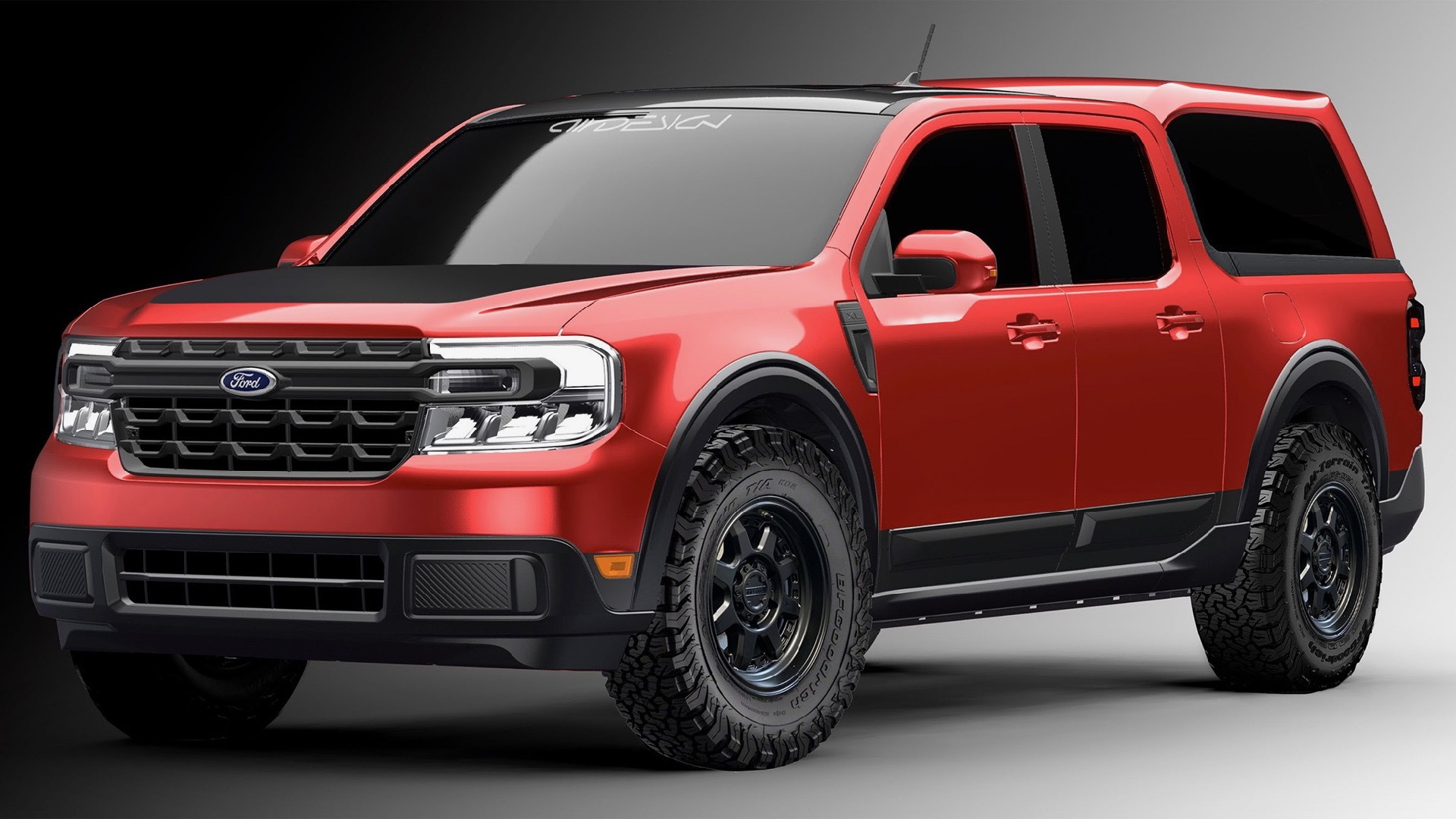 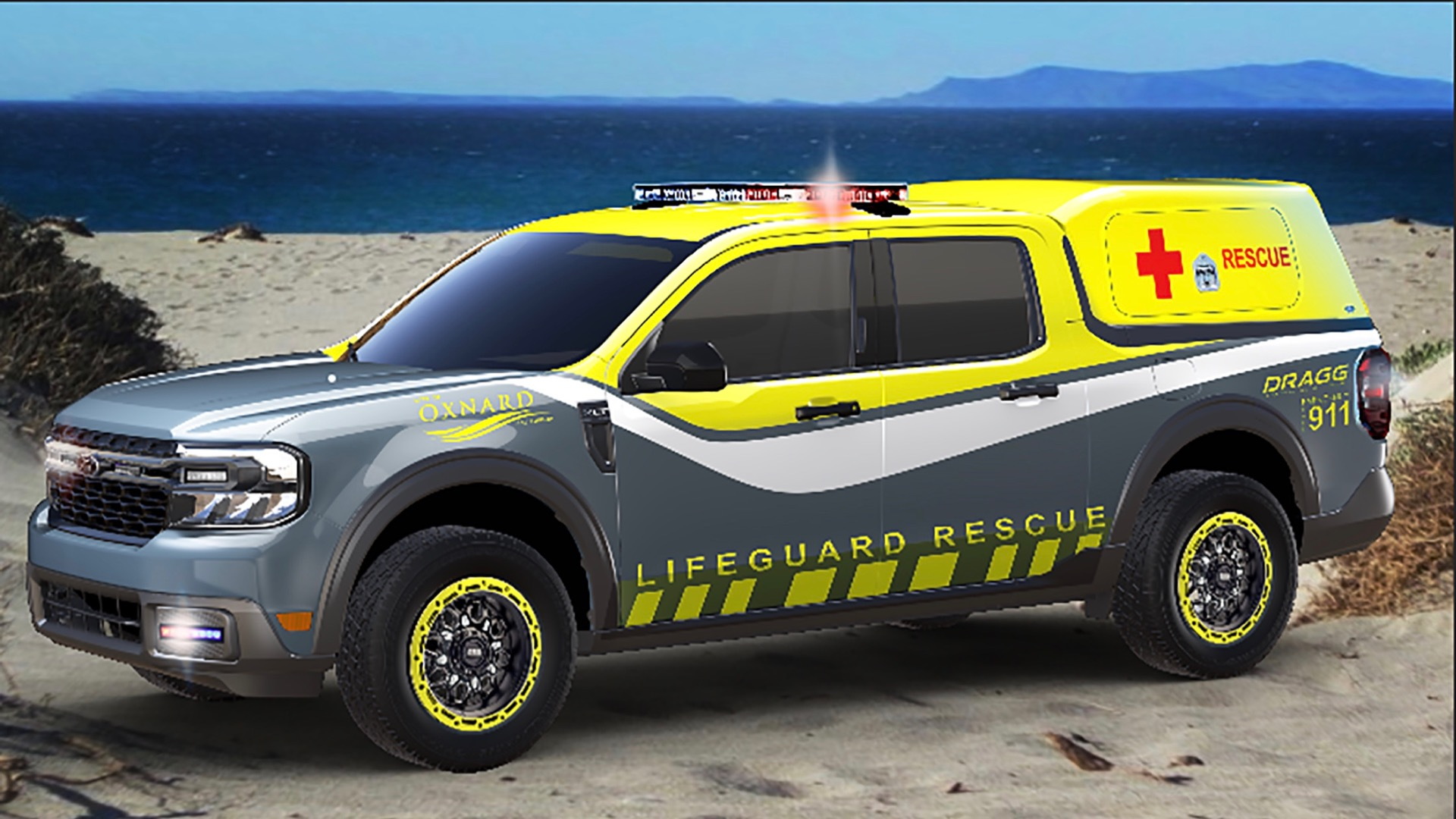 Like many automakers, Ford brings a fleet of concept vehicles to the annual SEMA show to advertise their aftermarket potential. Scheduled for November 2-5, the 2021 SEMA show is no different.

A Ford press release said more than 40 modified vehicles will be on display, but this year the emphasis seems to be on the newly launched 2022 Maverick compact pickup truck and the Mustang Mach-E electric crossover.

The modified Mavericks include one from Air Design USA, showing off the company's fender flares, door moldings, and tailgate appliqués. Based on the Maverick Lariat FX4, it also boasts a cat-back exhaust system, 1.5-inch lift kit, and 18-inch wheels wrapped in all-terrain tires.

Other Maverick builds include a lifeguard-themed truck built as part of an after school program of Oxnard (California) Union High School, in collaboration with the local police department. Tucci Hot Rods will show off a Maverick street truck, with 3D-printed fender flares, and a 3D-printe hood and front lip.

Other Mach-E concepts include the Tijn Edition Mustang Mach-E California Route One—which sports bright orange paint, air suspension, and 22-inch Vossen ML-R1 wheels—and a modified Mach-E GT built for the Austin Hatcher Foundation for Pediatric Cancer. It will be run at the 2022 Bonneville Speed Week, targeting 200 mph, and will be auctioned off to benefit the foundation in 2023.

Ford will also bring several F-150 concepts, based on the PowerBoost Hybrid, Hybrid Lariat, Tremor, and the redesigned F-150 Raptor. Concepts based on the F-250 Super Duty Tremor and F-450 Super Duty Platinum will be featured as well.

These builds are all making their public debuts at SEMA, but Ford will also display the Expedition Timberline Off-Grid concept that was first shown at Overland Expo East in Arlington, Virginia, earlier this month. Based on the 2022 Expedition Timberline, it has a rooftop tent and matching trailer full of gear for adventures in the wilderness.