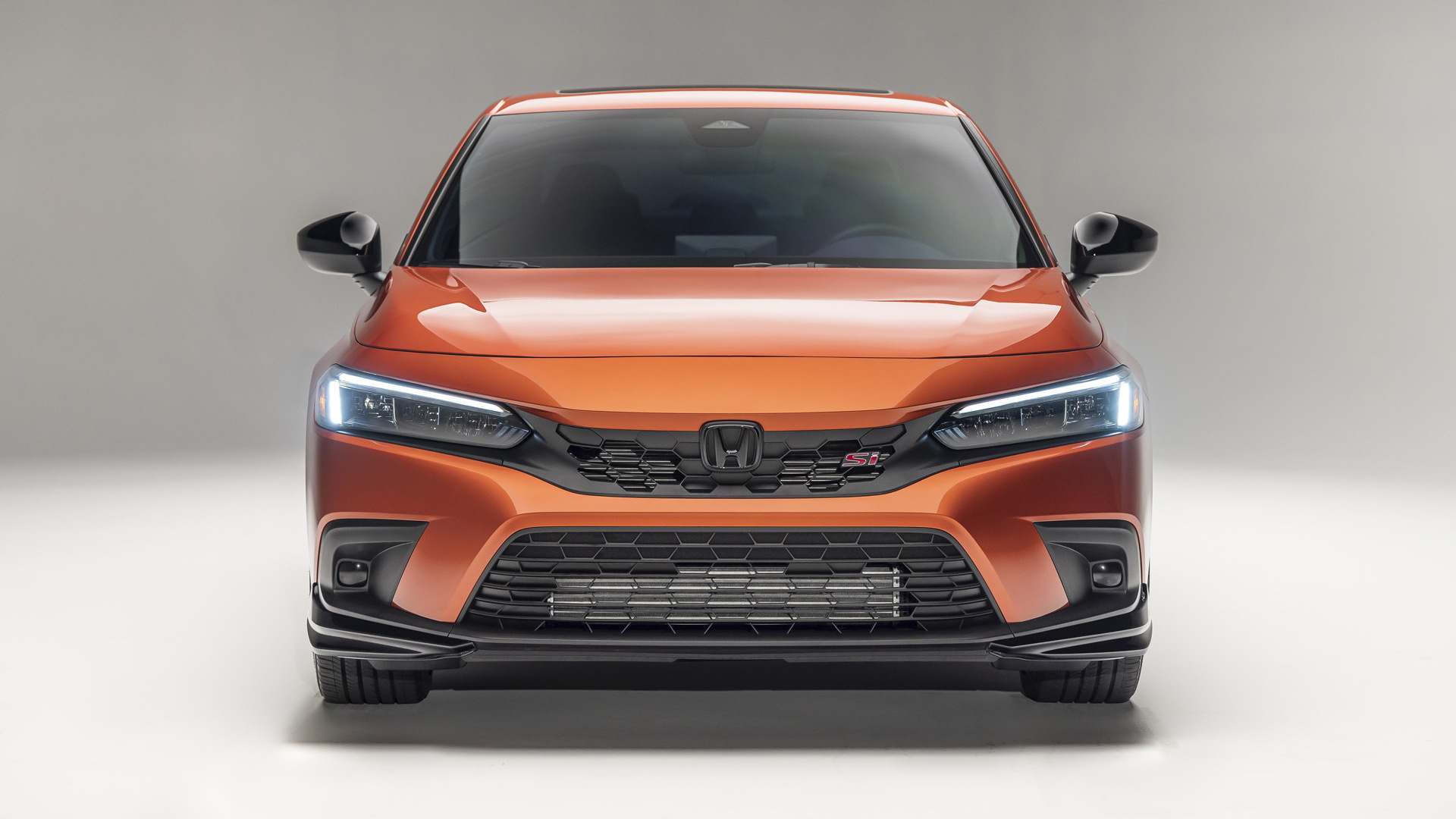 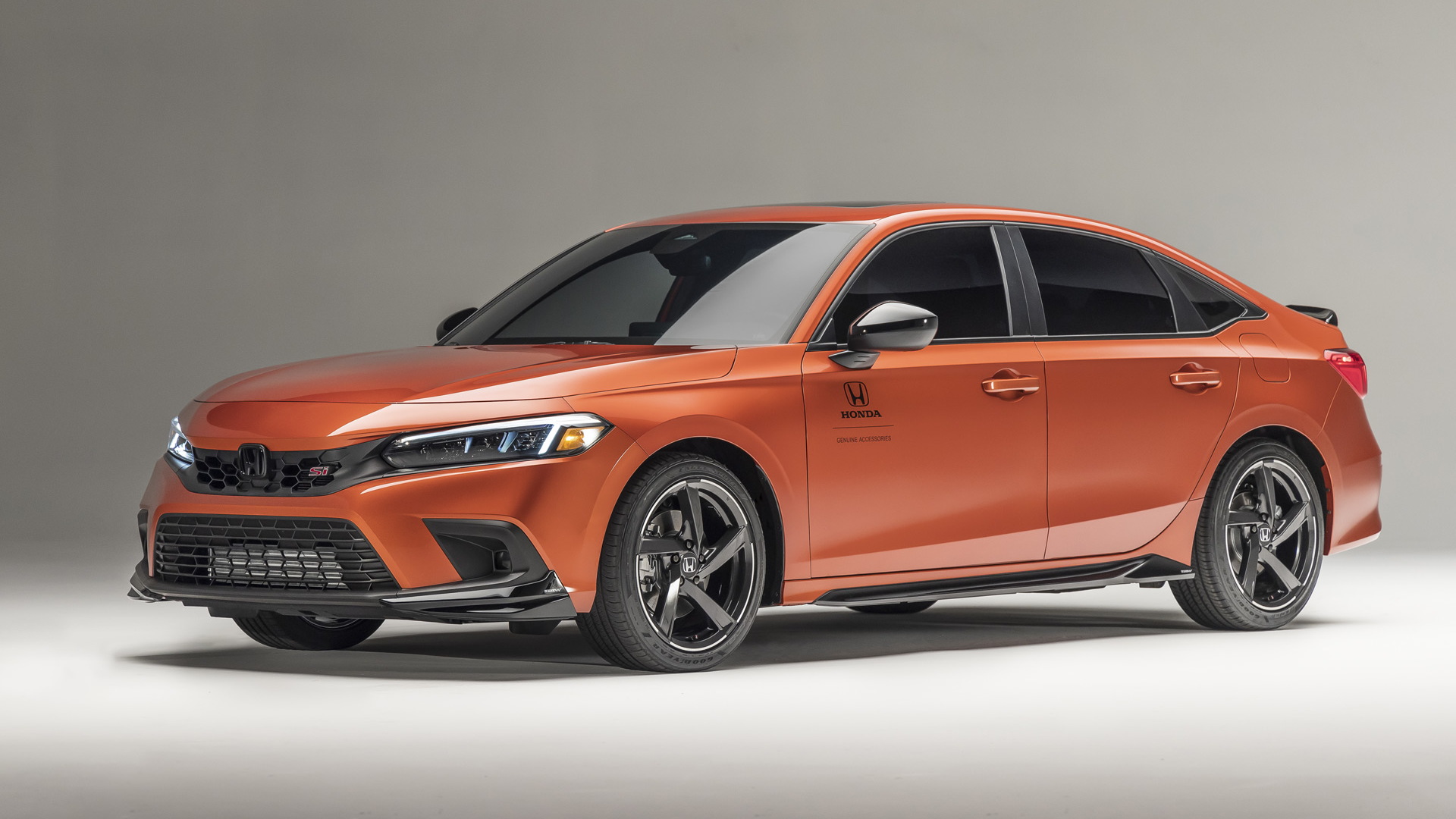 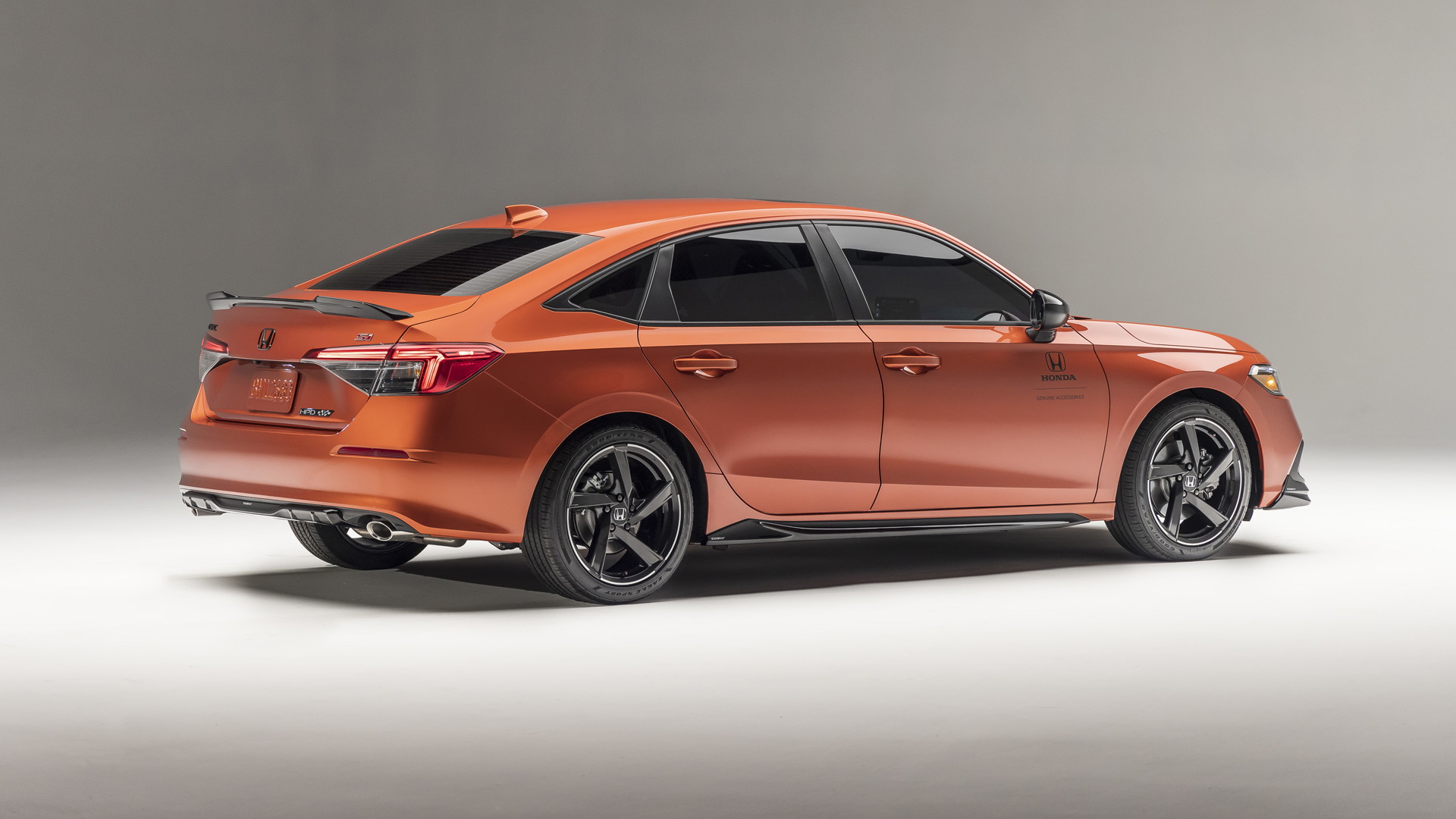 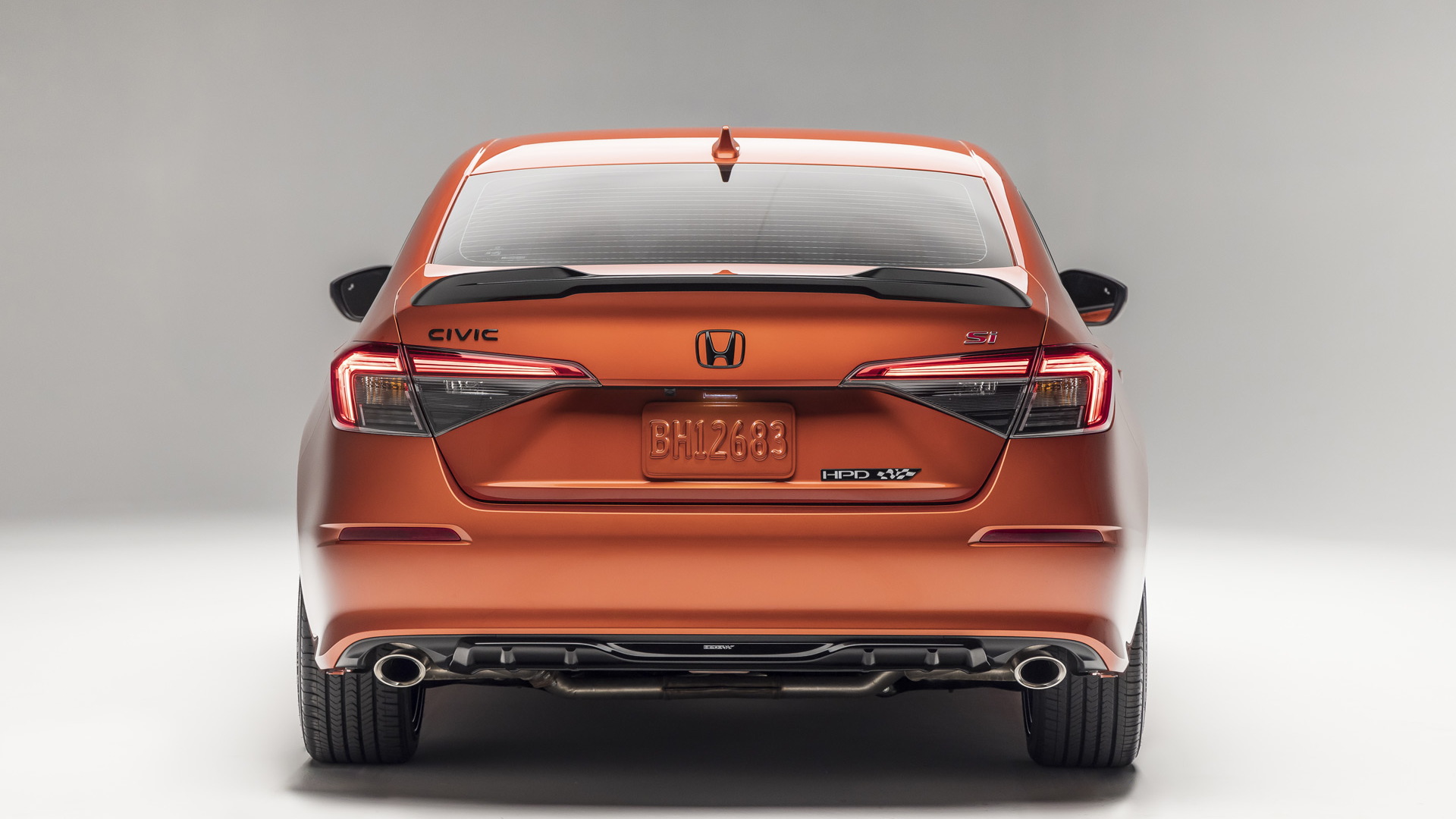 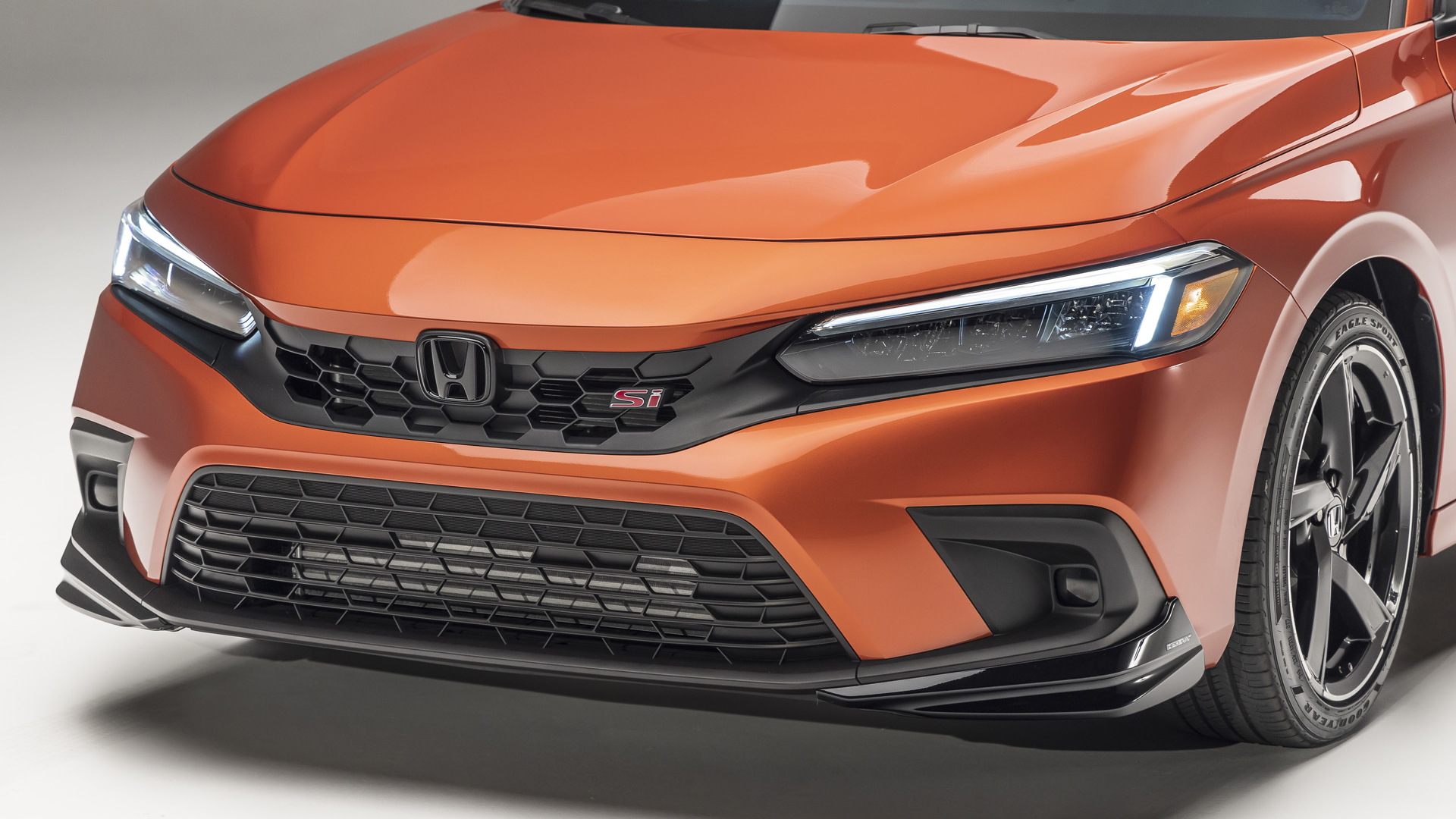 Honda has a redesigned 2022 Civic Si headed to showrooms later this year, and it's safe to say that a significant number of buyers plan to modify the car at some point during their ownership.

Honda and its various performance partners will use the upcoming SEMA show to preview the tuning potential of the new Civic Si, as well as a handful of other Honda models. The Japanese automaker will also show off a Civic Si-based race car that HPD has developed for entry-level touring car racing.

HPD 2022 Honda Civic Si: Perhaps the most attractive of Honda's bevy of Civic Si SEMA show cars to a general audience is the road car developed by HPD. It features a number of standard mods that we could imagine being offered via Honda dealerships. The list includes a front splitter, side skirts, and rear spoiler, as well as 18-inch alloys finished in black and featuring black lug nuts.

HPD Honda Civic Si Race Car Prototype: Another build that we're sure will be a fan favorite is a new race car developed by HPD for entry-level touring car racing. The turn-key racer features the same 1.5-liter turbocharged inline-4 as the road car but with a new ECU, extra cooling, and a high-flow exhaust. The chassis has also been tuned for the racetrack.

Team Honda Research West Honda Civic Si Race Car: The folks at Team Honda Research West have also developed a race car based on the new Civic Si, this one to compete in the 2021 25 Hours of Thunderhill endurance race which runs December 3-5 at California's Thunderhill Raceway Park. It's much closer in spec to the road car compared to HPD's racer above, as only mild upgrades have been made to the powertrain.

Team Liquid 2022 Honda Civic Hatchback: Honda will have other models present at the SEMA show. One of them will be a Civic Hatchback developed in partnership with gaming community Team Liquid. The vehicle sports a number of HPD upgrades and Honda accessories, including some aero elements and a roof-mounted storage box.

Honda Passport TrailSport Rugged Roads Project 2.0: For overlanding enthusiasts, Honda will present a build based on the new 2022 Passport TrailSport. It's an evolution of the Passport-based overlanding build shown in September, and features a Jsport suspension lift kit and 18-inch wheels wrapped in Firestone Destination A/T2 all-terrain tires. Another key upgrade are the skid plates for the fuel tank and oil pan.

Honda Ridgeline HPD Trail Tour Project Vehicle: Pickup fans can look forward to a custom Ridgeline, also built for overlanding. It features similar upgrades to the Passport Trailsport above, along with bed and rooftop accessories from Thule and a custom spare tire carrier from Jsport. It's based on the 2021 Ridgeline with the HPD Option Package.

Honda Fifteen52 Project 96 Accord Wagon: Another build that's sure to attract plenty of attention is a 1996 Accord wagon with an engine borrowed from the modern Civic Type R. The 306-hp engine was previously available to Honda Racing Line members and race teams, but is now available to anyone. The package comes with an engine long block, alternator, turbocharger, and starter motor. Also included is a Controls Package which features an HPD-developed ECU, engine swap harness, and accelerator pedal.

The 2021 SEMA show runs November 2-5 in Las Vegas. For our full coverage, head to our dedicated hub.