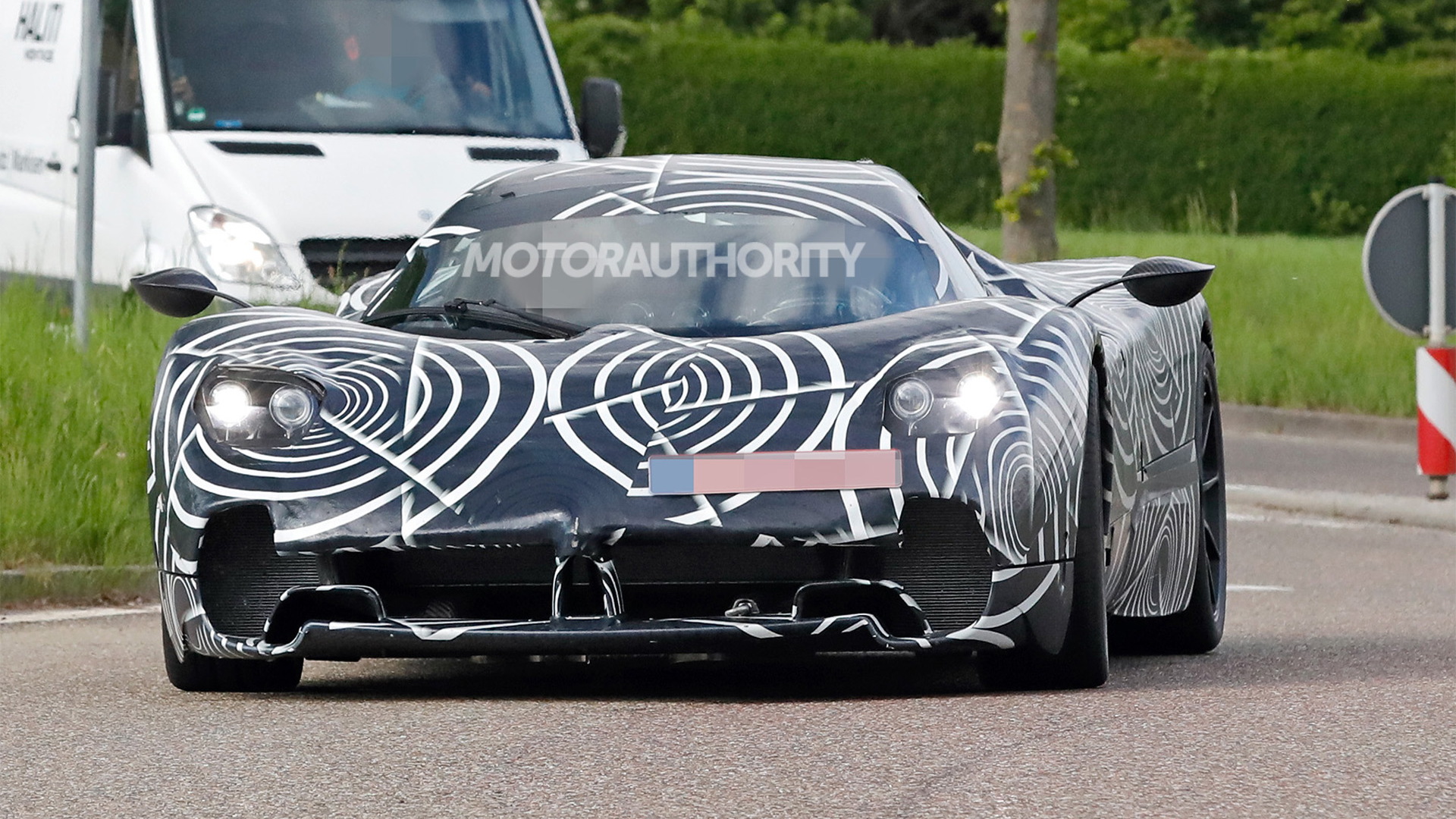 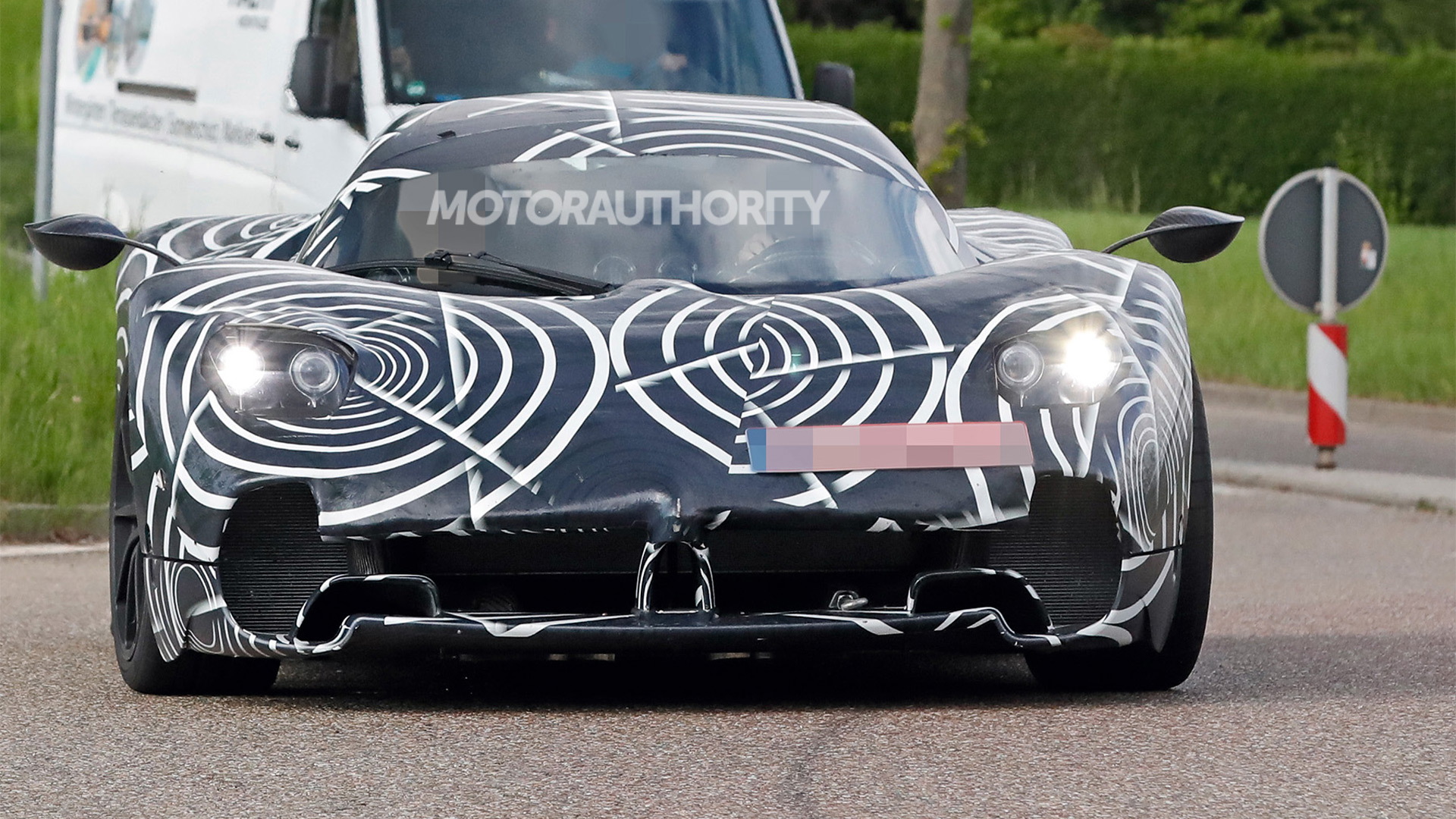 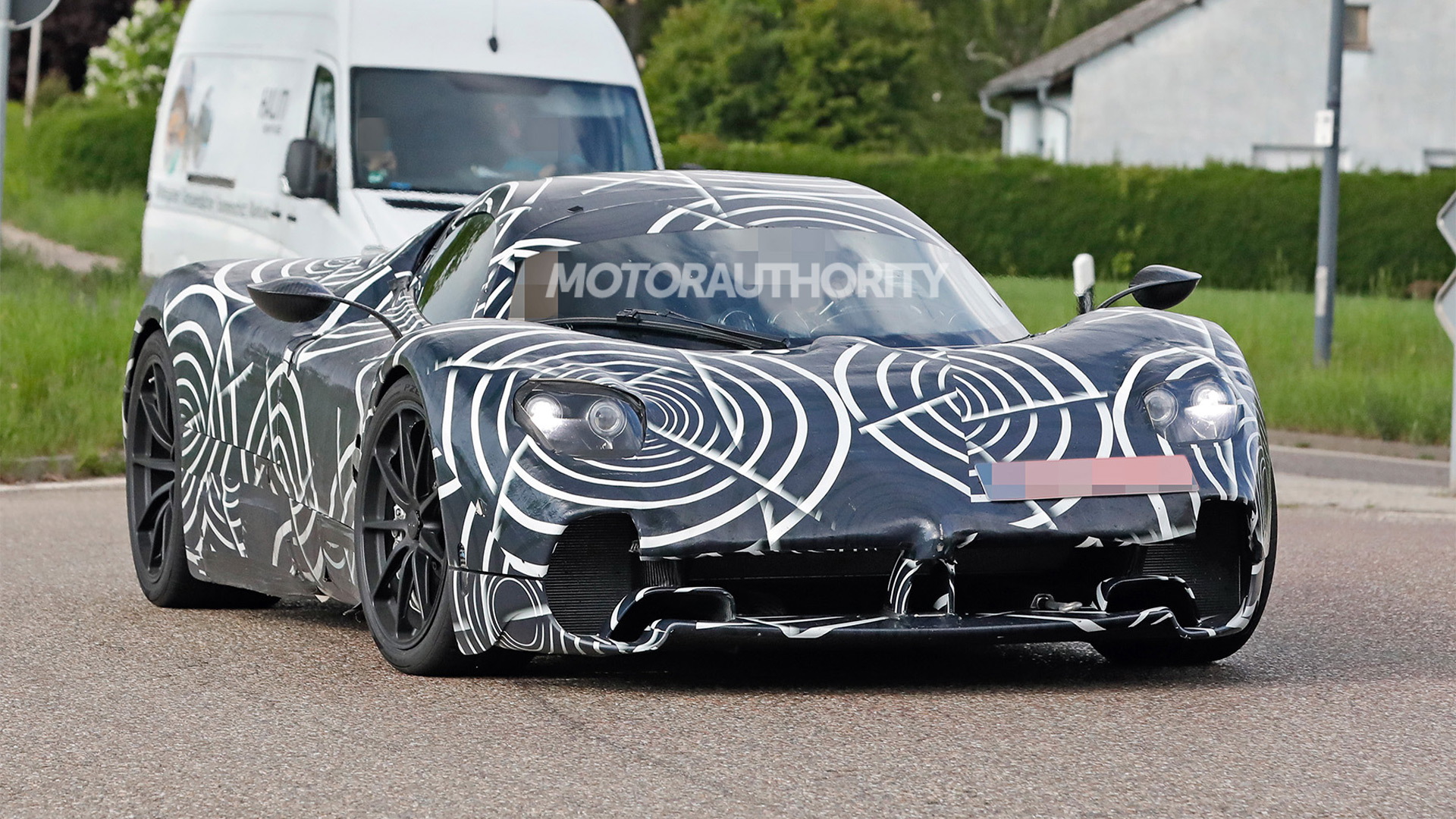 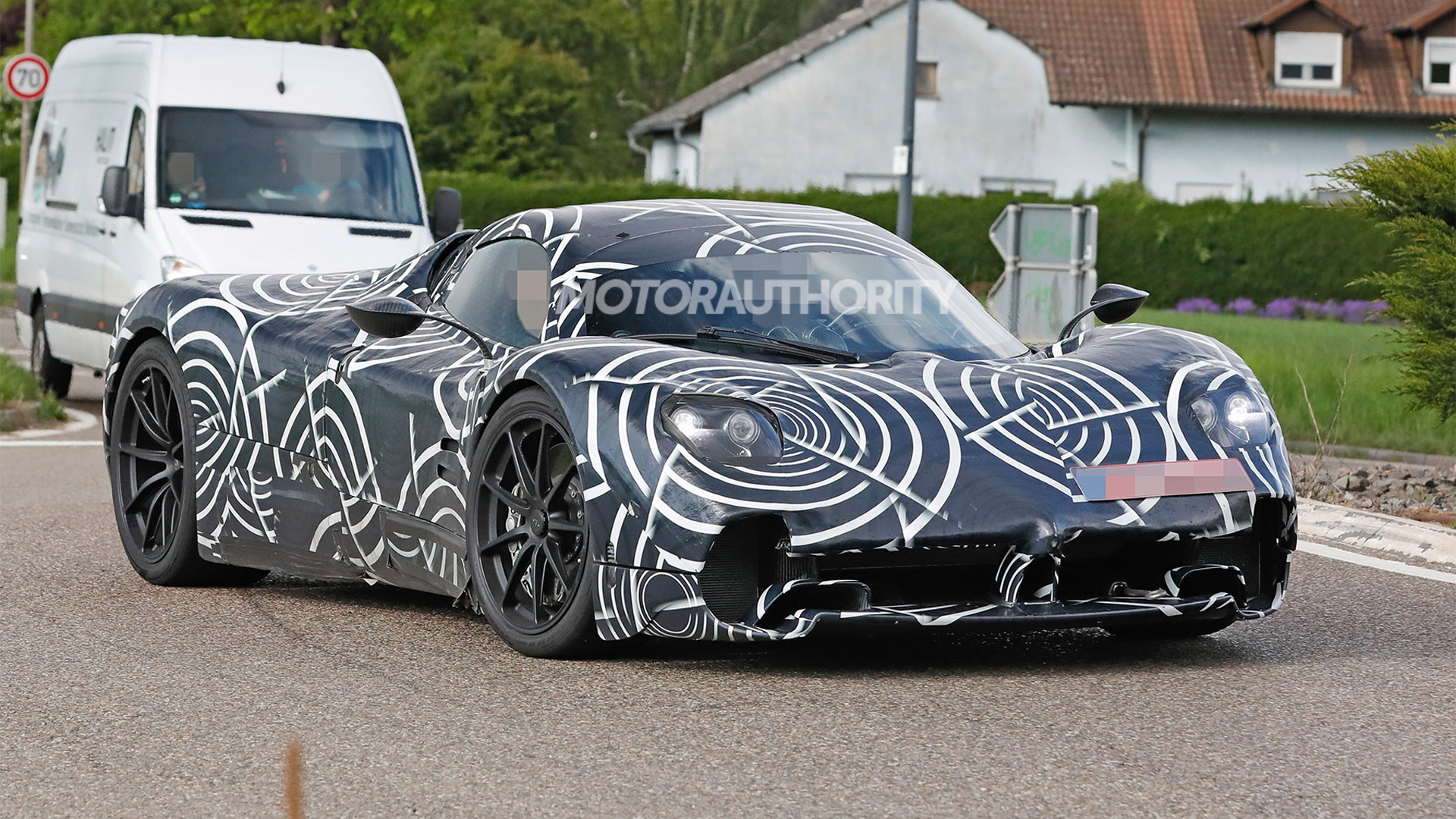 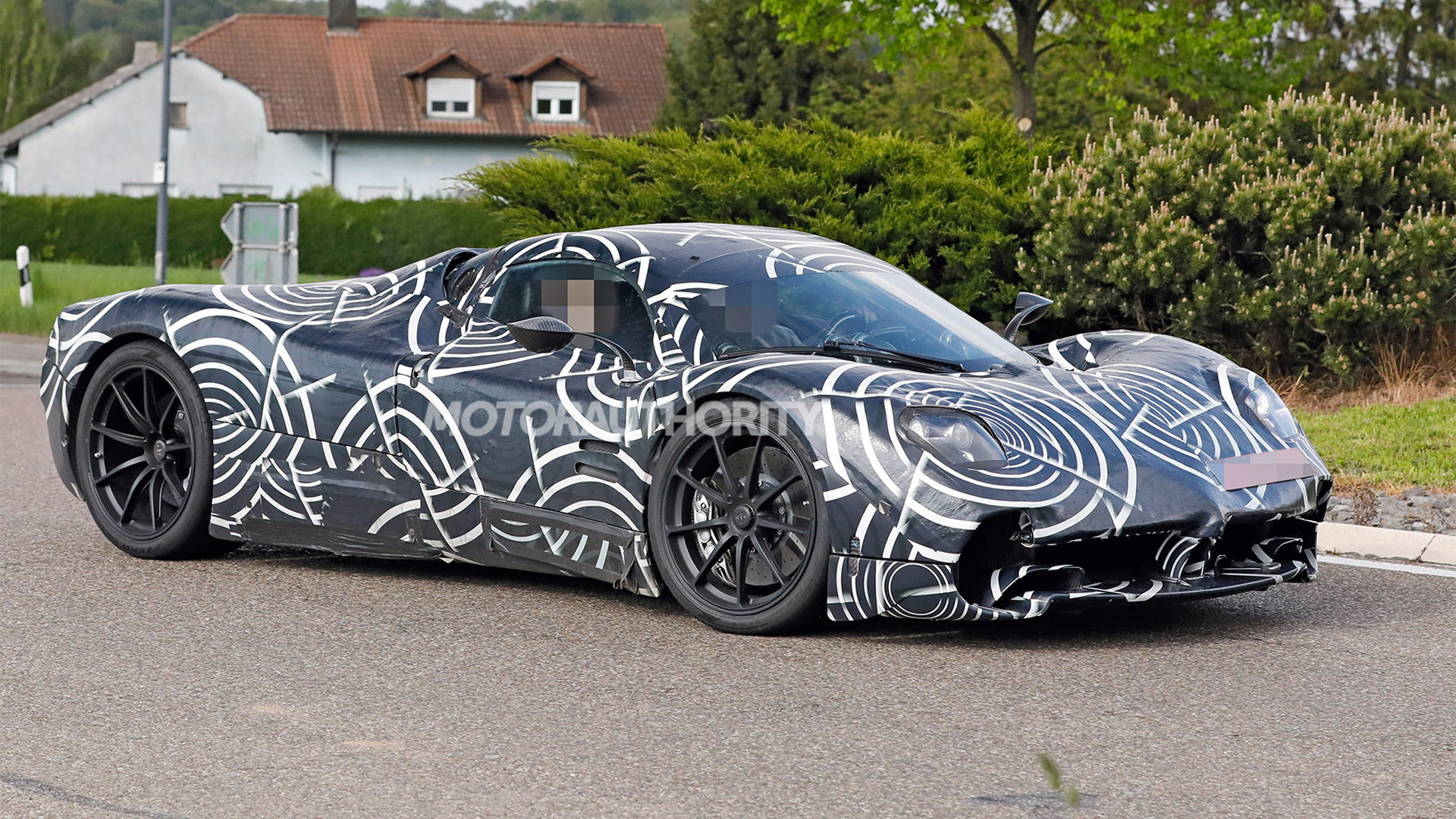 Pagani's replacement for the Huayra supercar has been spotted just months out from its debut.

The new car is code-named the C10 (the Huayra was the C9), and it's due for a reveal around mid-2022, with the debut to take place at the Leonardo da Vinci museum in Milan, Italy. Deliveries should start in 2023.

No more than 300 examples will be built, including coupe and convertible body styles, as well as the usual string of special editions, and apparently all build slots have been sold, though it's likely some of the buyers are Pagani's preferred dealerships. As a comparison, Pagani built around 280 Huayras during the car's decade-long run.

Our spy shots show that the C10 will feature an evolutionary look, one that blends elements of both the Huayra and its own Zonda predecessor. What's interesting is the expansive flat area at the rear, which is expected to contain some active aero elements.

We know there are two versions of the C10 in the works, one with a newly developed 6.0-liter twin-turbocharged V-12 from Mercedes-Benz AMG and the other with an electric powertrain. The V-12 will be available with the choice of a manual transmission or a paddle-shifted sequential unit, and it will remain emissions compliant around the globe at least until 2026, after which hybrid technology will likely be required to keep.

In the case of the electric powertrain, Pagani CEO and founder Horacio Pagani told Italy's Quattroruote in a 2021 interview that his company could tap existing supplier Mercedes for the technology. Another possibility that recently opened is American electric-vehicle startup Lucid Motors. Lucid's main shareholder is Saudi Arabia's Public Investment Fund, the sovereign wealth fund which in 2021 bought a 30% stake in Pagani. We'll remind you that Lucid's Air Dream Edition Performance electric sedan already offers performance that can rival one of Pagani's supercars, thanks to an 1,111-hp output.

Pagani in his Quattroruote interview said that peak output of the C10 will remain below 900 hp regardless of what's powering the car. He said this is enough to keep the car fun without it becoming overbearing. He said Paganis aren't about the quickest acceleration or highest top speed, and that all of his cars are speed limited to 217 mph—with not a single customer requesting for this limit to be removed. Instead, Pagani plans to focus on lightness, including for the electric version.

As mentioned above, C10 is only a code name. The Zonda drew its name from a wind of Pagani's native Argentina. The Huayra name meanwhile came from the Argentinian God of Wind, Huayra Tata. Expect a continuation of this trend for the C10.