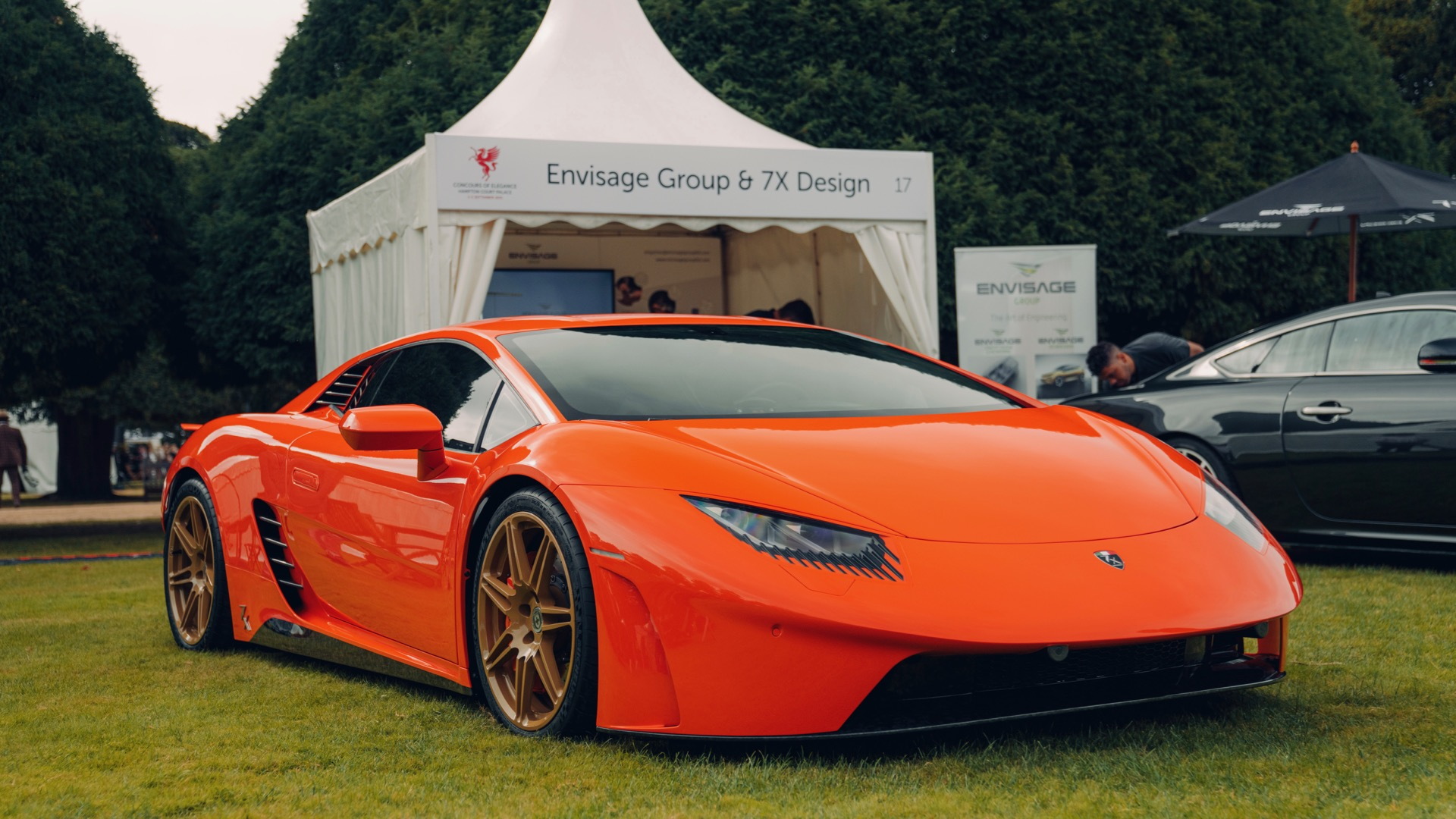 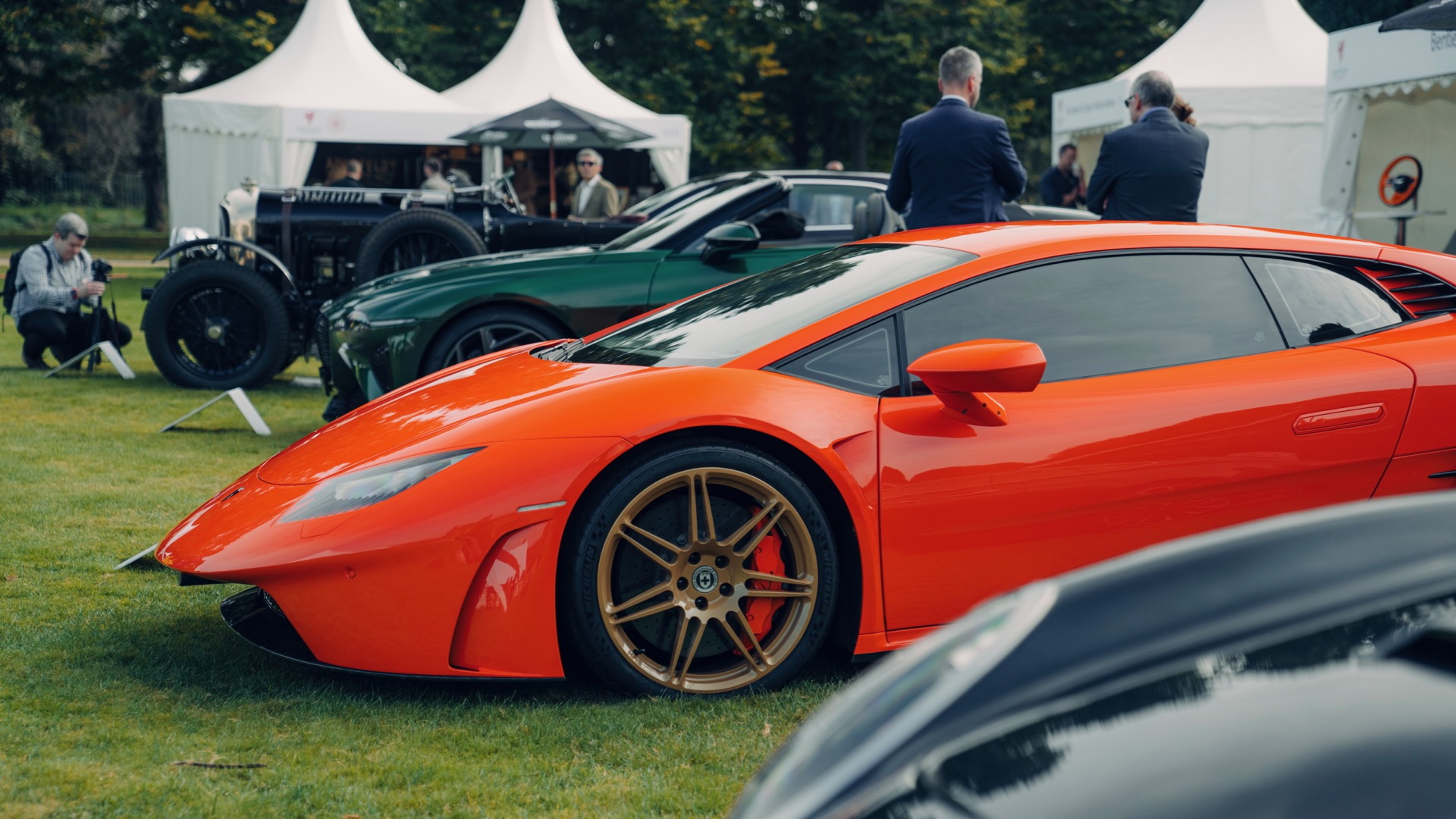 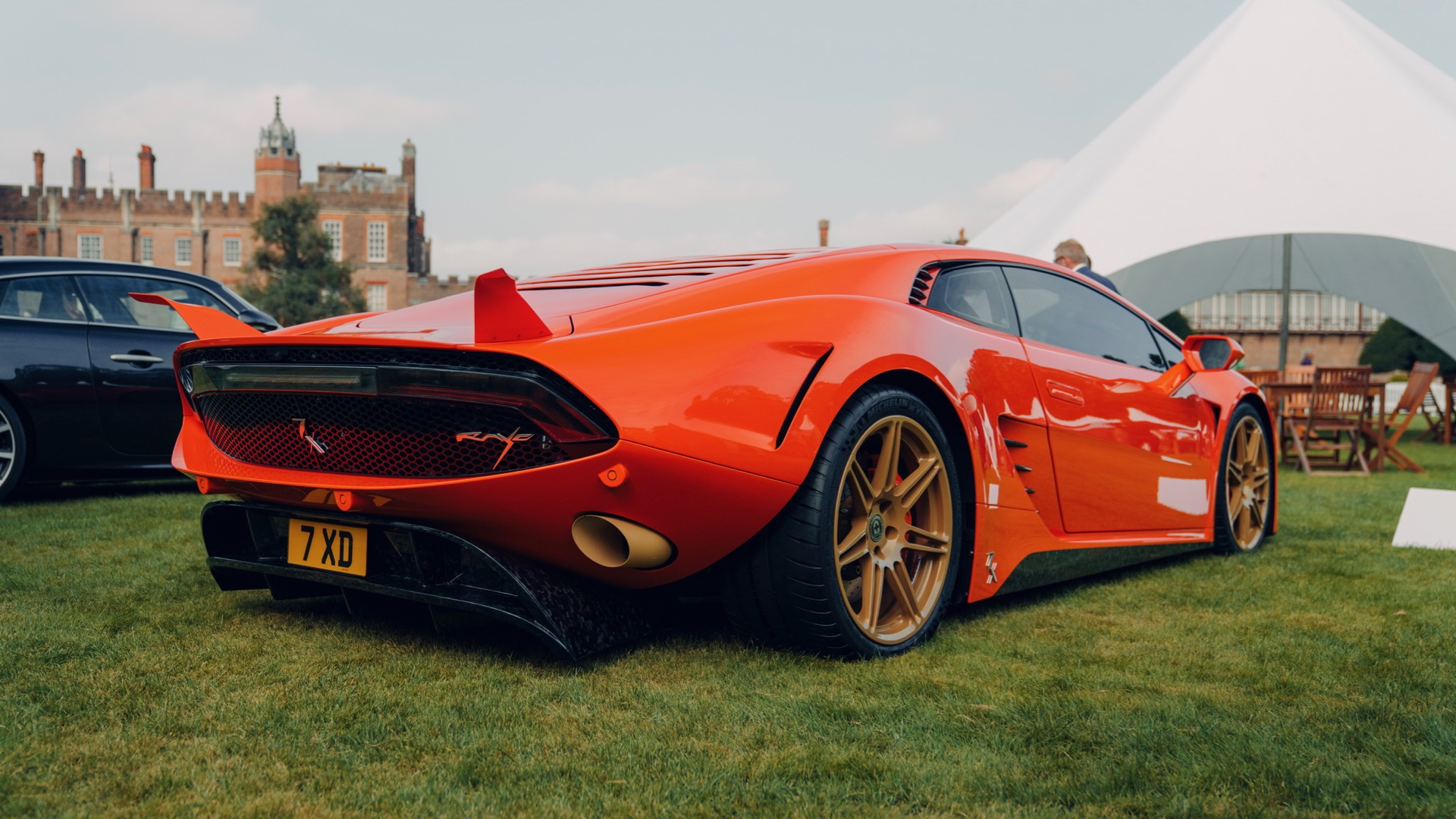 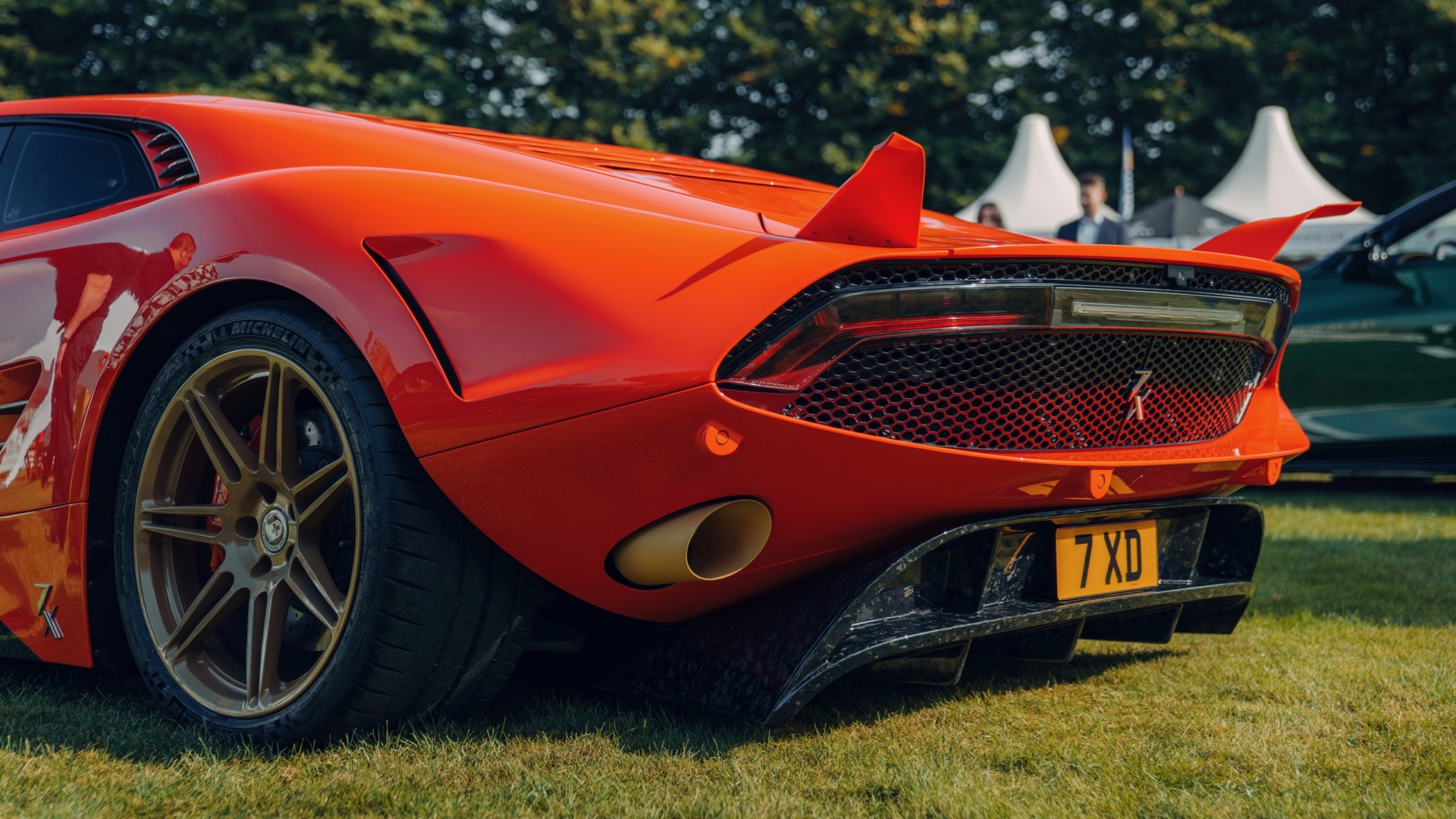 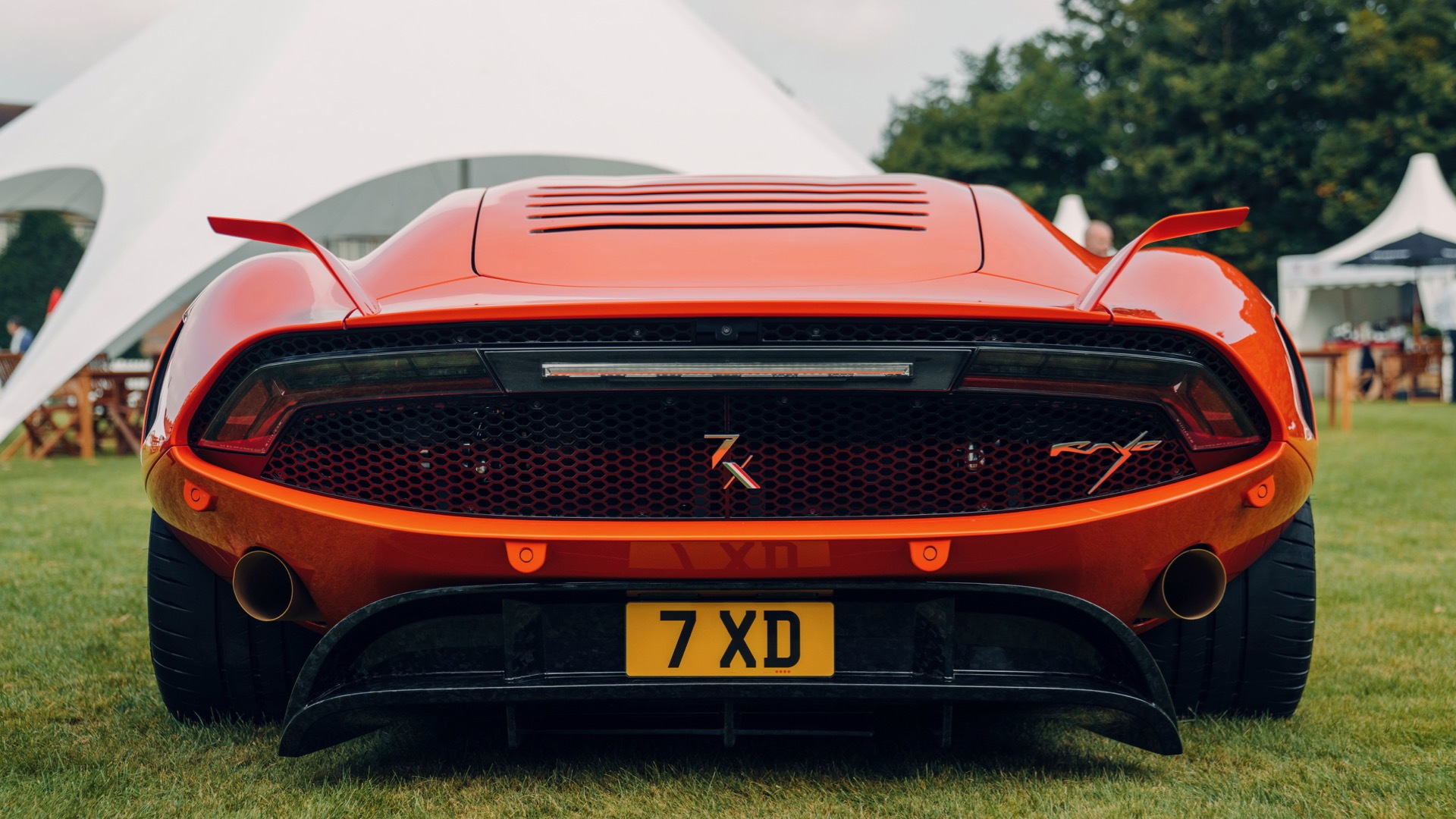 After launching a coach-built Ferrari inspired by the 288 GTO, British firm 7X Design is back with a one-off, Lamborghini-based build. Called the Rayo, it was unveiled at the Hampton Court Concours d'Elegance in the U.K. last week.

The Rayo is based on a Lamborghini Huracan and features bespoke carbon-fiber bodywork and an upgraded engine. The 5.2-liter V-10 received twin turbochargers from Underground Racing, boosting output from the stock 601 hp to a claimed 1,900 hp.

7X targets a top speed of 300 mph, according to another company, Envisage Group, which made the Rayo's carbon-fiber bodywork and assembled the car. To achieve that goal, the Rayo features meaningful aerodynamic improvements over the donor Huracan, in this case an LP 610-4. 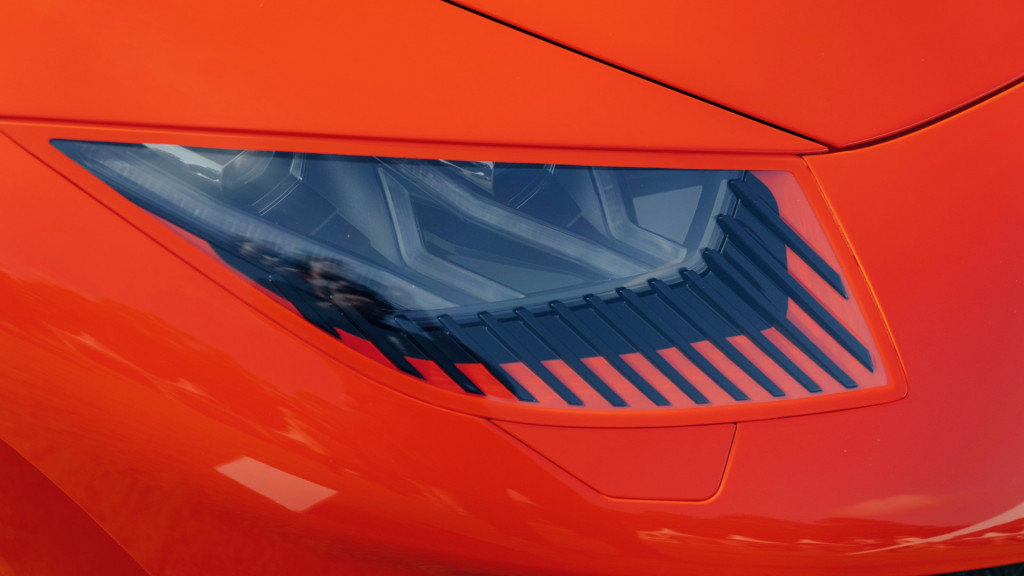 The drag coefficient has been reduced to 0.279 from the stock 0.39, according to Envisage. New body panels were designed by scanning the base vehicle's structure to ensure a proper fit. The Rayo also sports headlight eyelashes, a nod to the Lamborghini Miura.

7X hasn't discussed building customer copies of the Rayo. It previously quoted a $2 million price (plus the cost of a donor car) for duplicates of its previous coach-built supercar, the Ferrari 488 GTB-based GTO Vision.

It's worth noting that the Rayo is based on an older version of the Huracan. Since the LP610-4 launched, Lamborghini has launched more-aggressive versions, most recently with the track-focused STO. Short for Super Trofeo Omologato, the STO was envisioned as a road-going version of the Huracan Super Trofeo Evo race car. In contrast to the Rayo's focus on top speed, the factory-built STO was designed to quick lap times, with aerodynamic changes primarily aimed at increasing downforce.