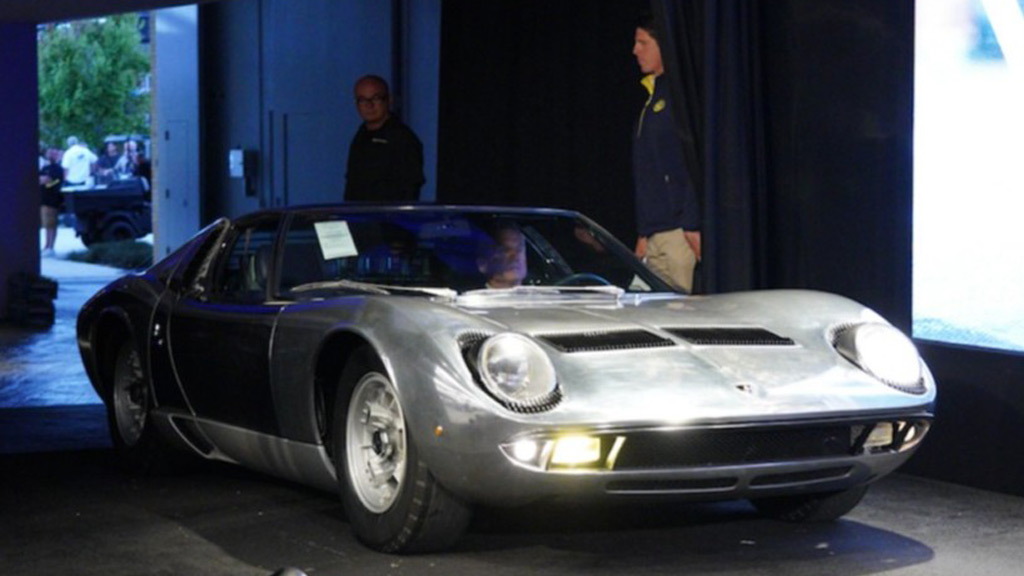 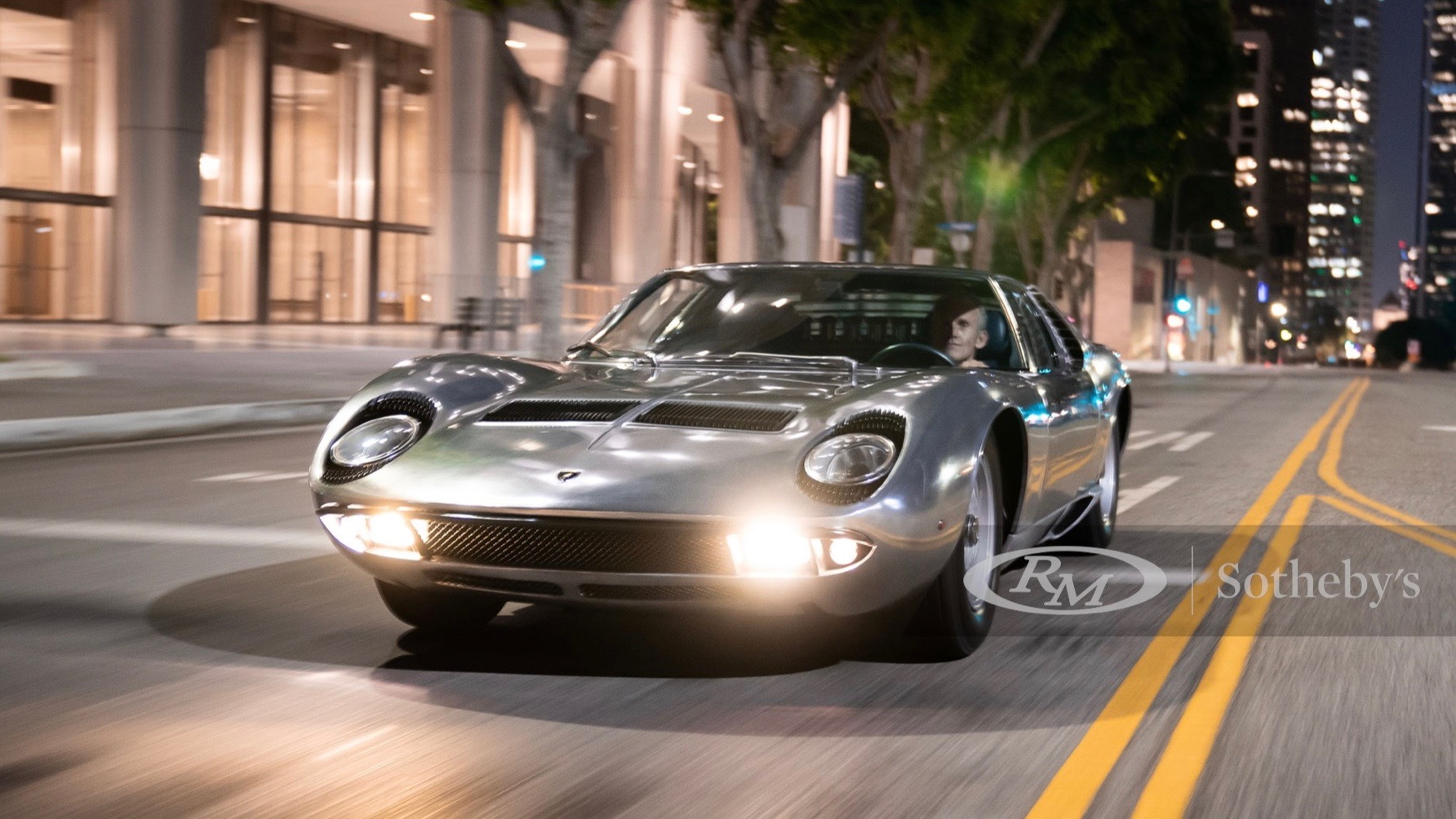 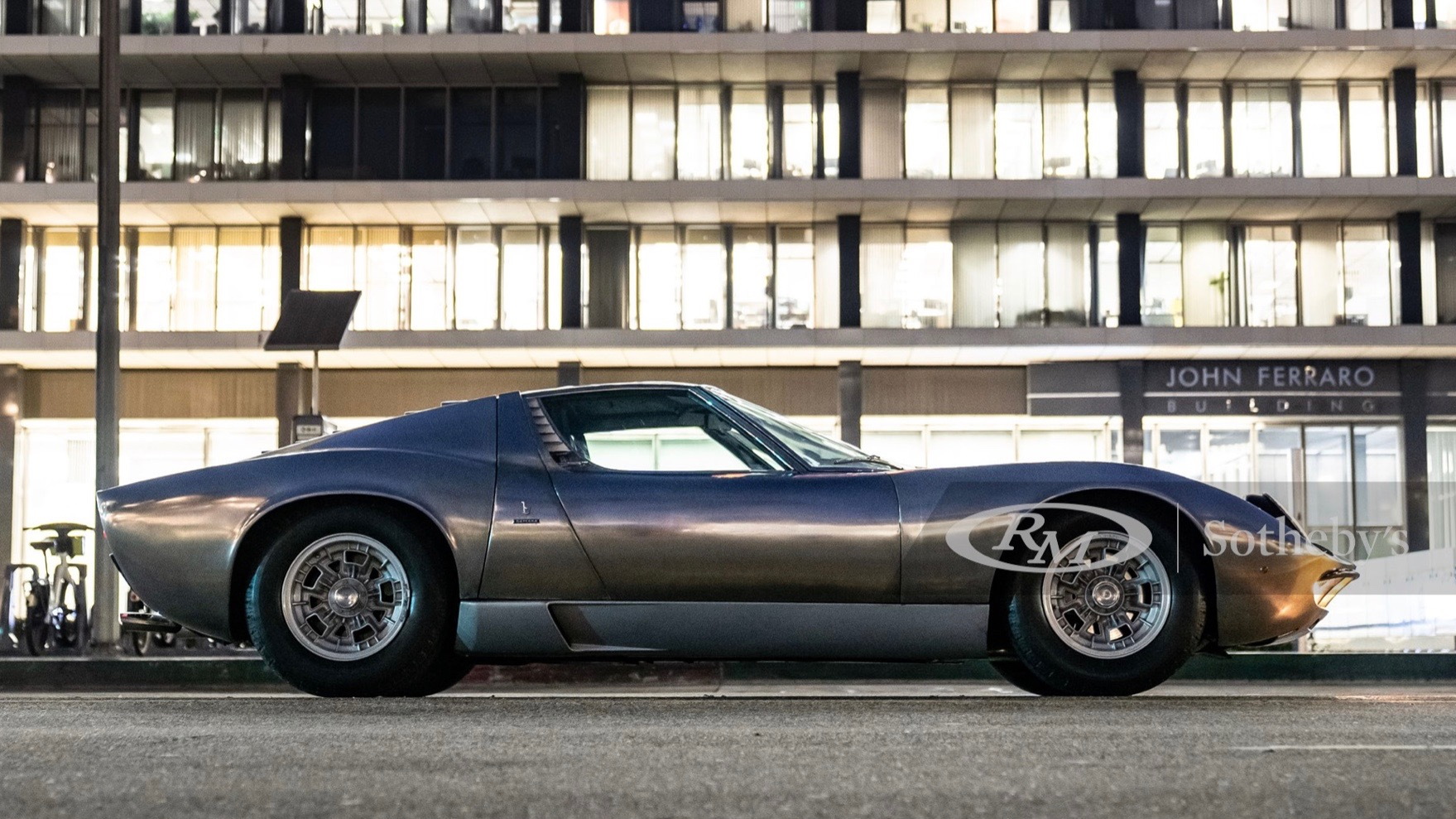 A 1971 Lamborghini Miura P400 S with a unique look and interesting backstory was sold for $2,095,000 at an RM Sotheby's auction in California coinciding with the recent Monterey Car Week.

Unveiled at the 1965 Turin Motor Show, the Miura established a line of Lamborghini V-12 supercars that continues with today's Aventador (and soon, a successor to that car). Sleek Bertone styling and a transverse mid-engine layout made Lamborghini's reputation.

Chassis no. 4671 was imported to the U.S. by a 19-year-old Iranian college student attending the University of California, Berkeley. Her parents purchased the car and took delivery at the Lamborghini factory, then instructed their daughter to sell the car upon arrival in the U.S., possibly as a means of getting money out of Iran, per the listing, as the political situation in the country destabilized ahead of the 1979 revolution.

The daughter apparently didn't sell the car, and she drove it for roughly two years, based on repair invoices included in the car's file. It was then damaged in a fender bender, and parked in a California Bay Area warehouse for over four decades.

The current owner acquired the car in 2019, and sent it for repairs. While the crash damage has been fixed, and the Miura is now drivable, it currently sports bare metal bodywork instead of its original Gray and White paint (over a blue interior), which is still visible in the door jambs and front bulkhead, according to the listing.

The final sale price is right in line with the estimate of between $1.8 million and $2.2 million. Considering that a low-mileage Miura SV—arguably a more desirable model—was listed for $3.2 million last year, the resulting price is hardly a surprise. The same can't be said for a Lexus LFA Nürburgring Edition that sold for $1.6 million at the same auction.

For the rest of our Monterey Car Week coverage, head to our dedicated hub.