Rare autos continue to soar in value and this perhaps best represented by the sale of a 2012 Lexus LFA Nürburgring Edition for $1.6 million during an RM Sotheby's auction in California coinciding with the recent Monterey Car Week.

Of course, the LFA Nürburgring Edition is no ordinary car. It's one of just 25 examples delivered to the U.S. and one of 64 built by Lexus. The car was developed to enhance the performance of the LFA further, by adding more-aggressive aerodynamic elements, including a larger front spoiler, dive planes, and a large fixed rear wing.

The LFA's 4.8-liter V-10 also received a 10-hp bump, to 562 hp, while shifts from the 6-speed single-clutch automated gearbox were quickened by 0.15 second, per Lexus. This enables the standard LFA's 3.7-second 0-62 mph time and 202-mph top speed to remain unchanged, despite the extra drag from the aero elements. 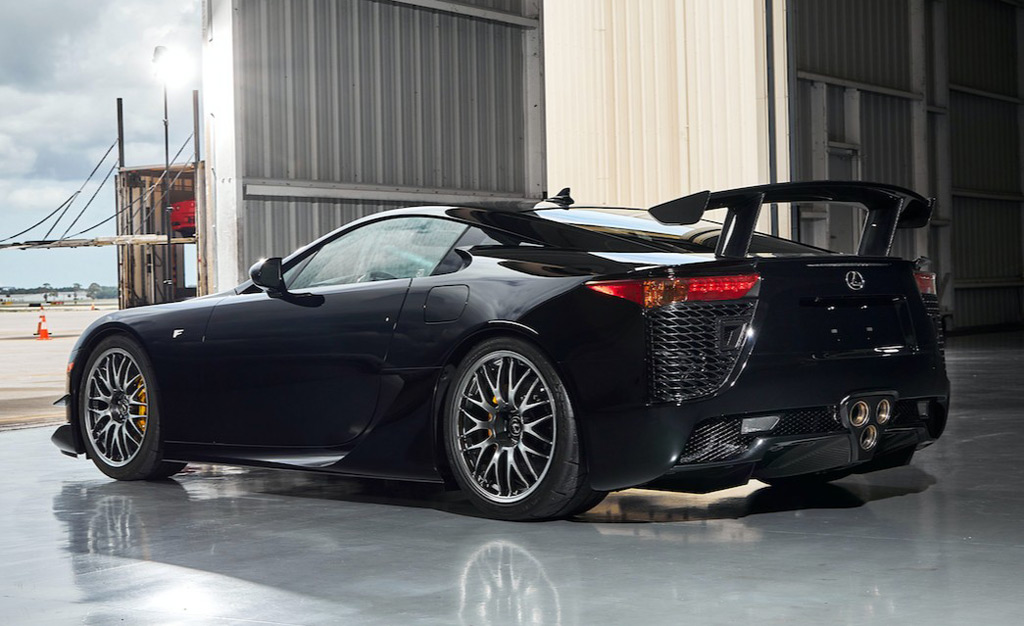 The Nürburgring Edition also featured model-specific suspension tuning, wheels, and tires. The result of the changes was a 7:14.64 lap for the car's namesake track in 2011, which put the LFA in the top five for production-car laps at the time. However, the car also added $70,000 to the LFA's $375,000 base price for the 2012 model year.

According to the listing, this particular LFA Nürburgring Edition also has a rare combination of a black exterior and black interior.

Perhaps the price paid for this car shouldn't be too much of a shock considering a standard LFA recently sold for $808,000 on Bring a Trailer. Granted, that car had just 72 miles on the odometer, compared to 930 miles for this LFA.

For more news from the recent Monterey Car Week, head to our dedicated hub.