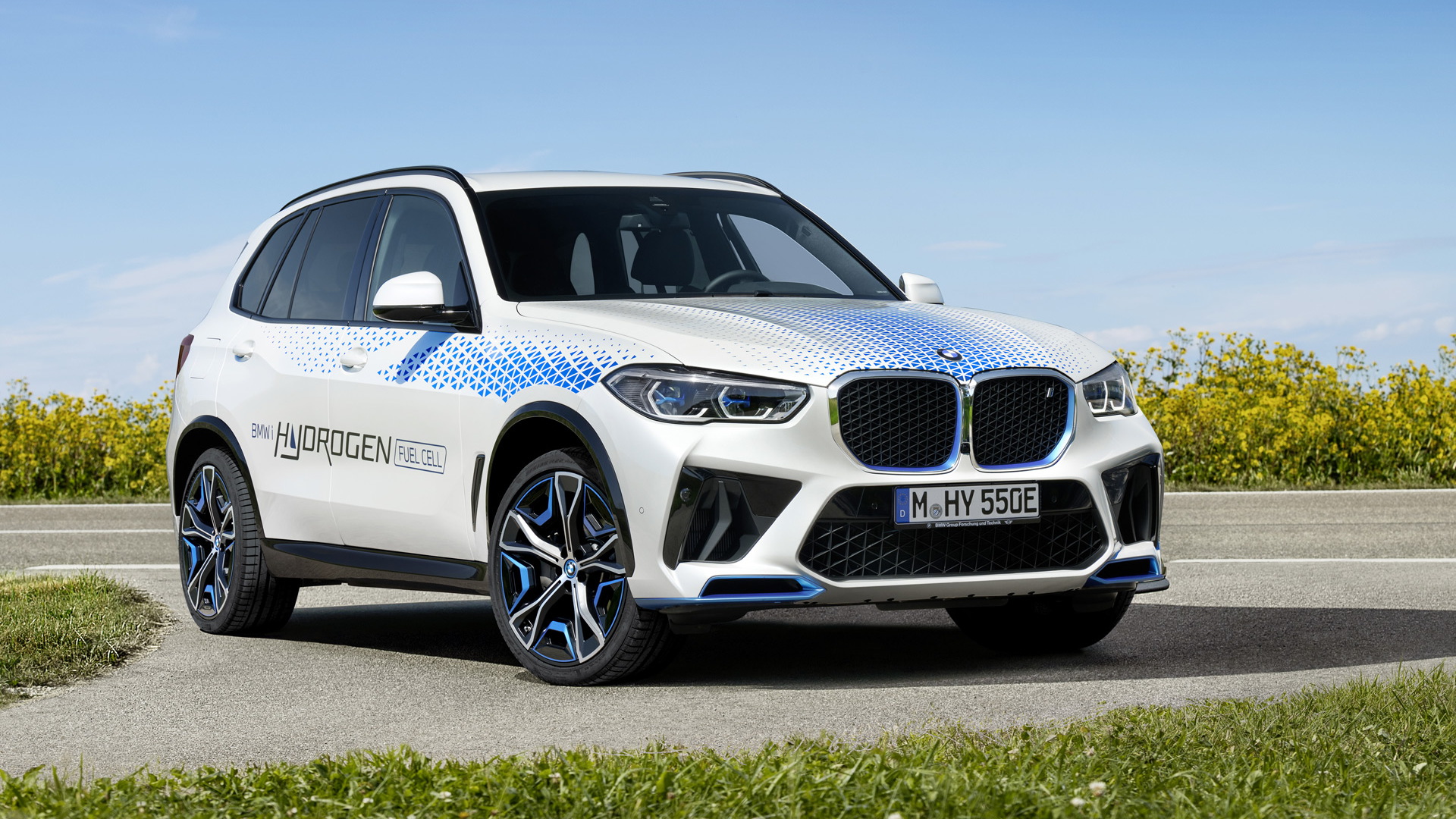 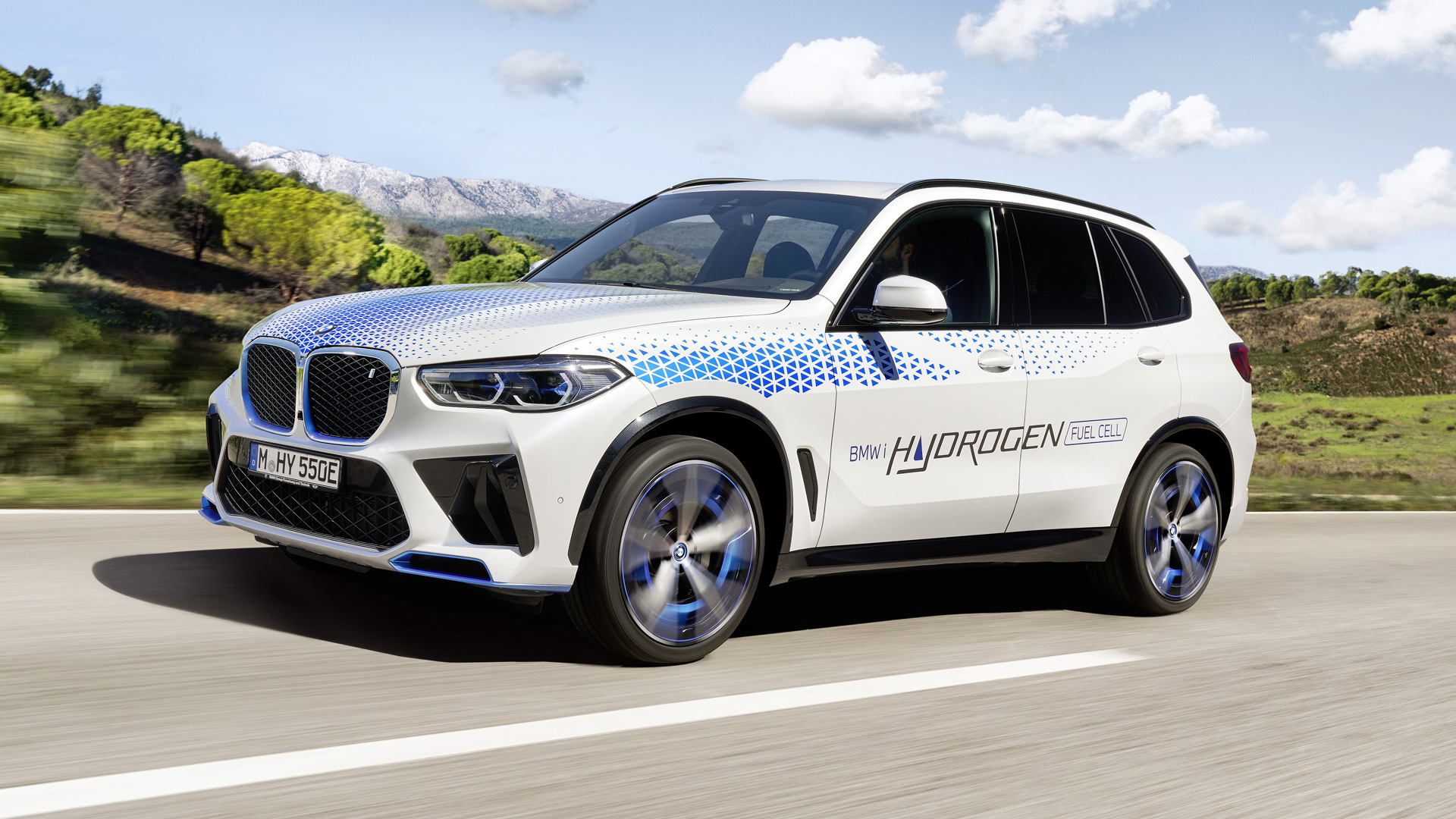 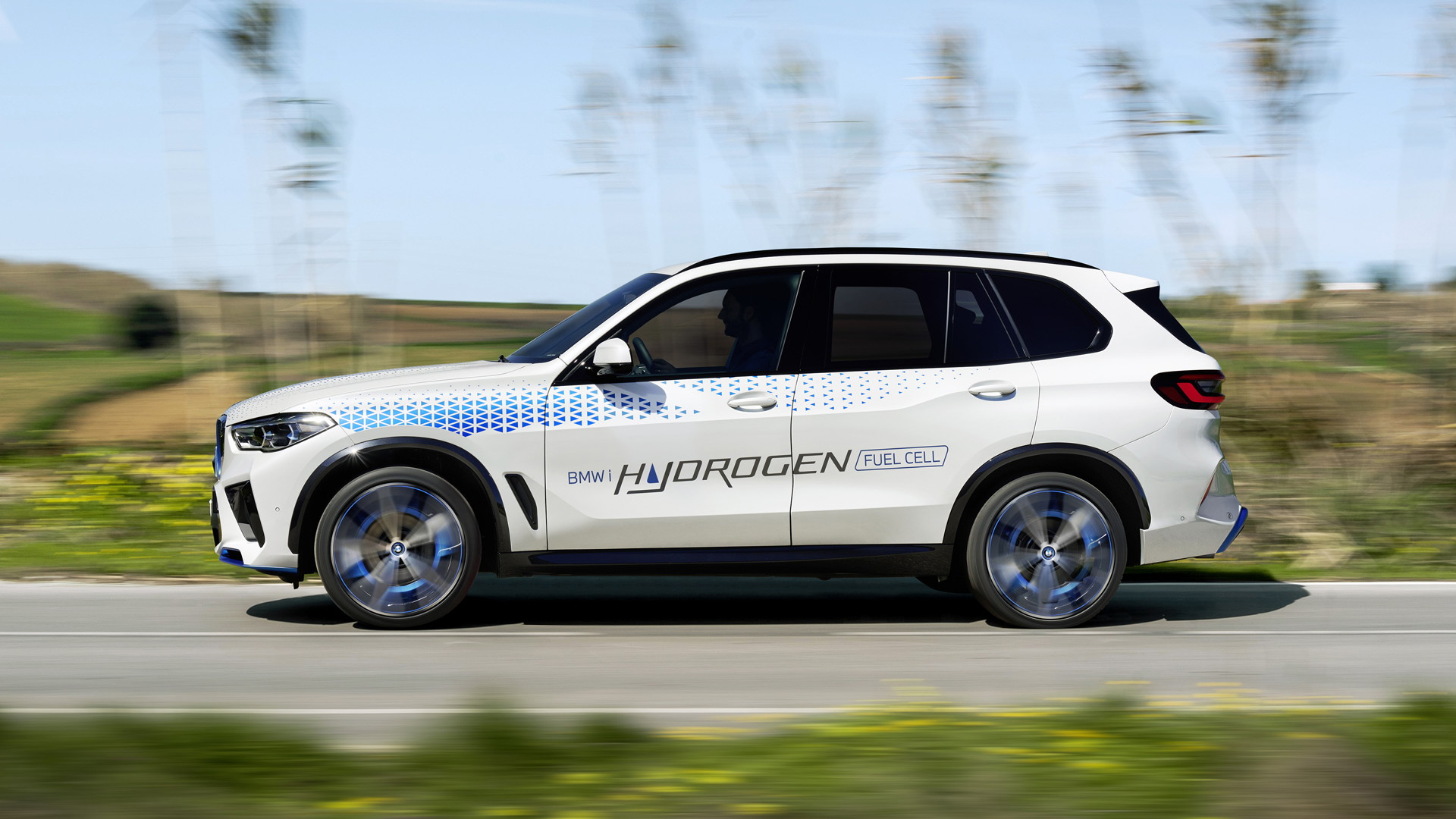 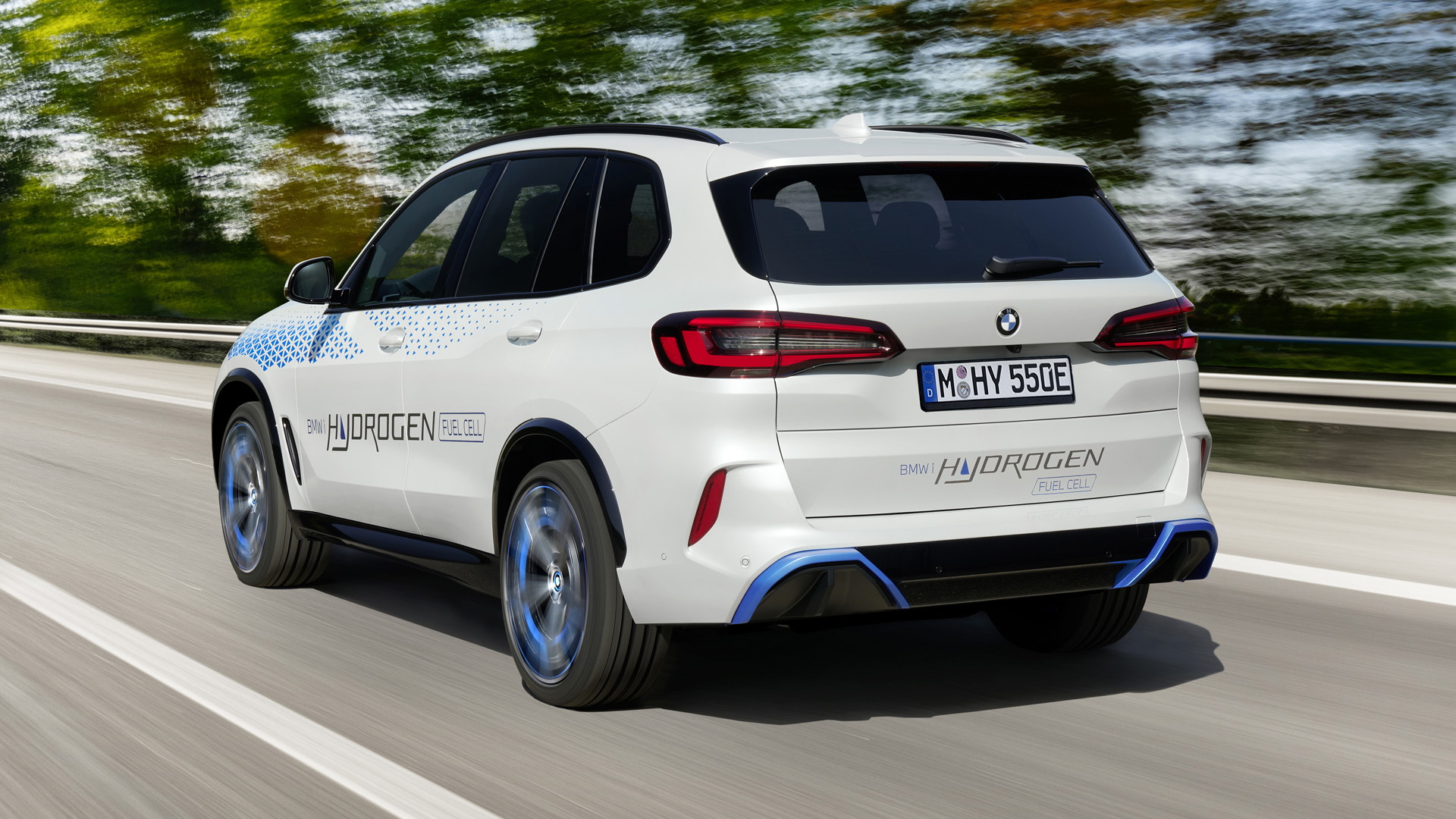 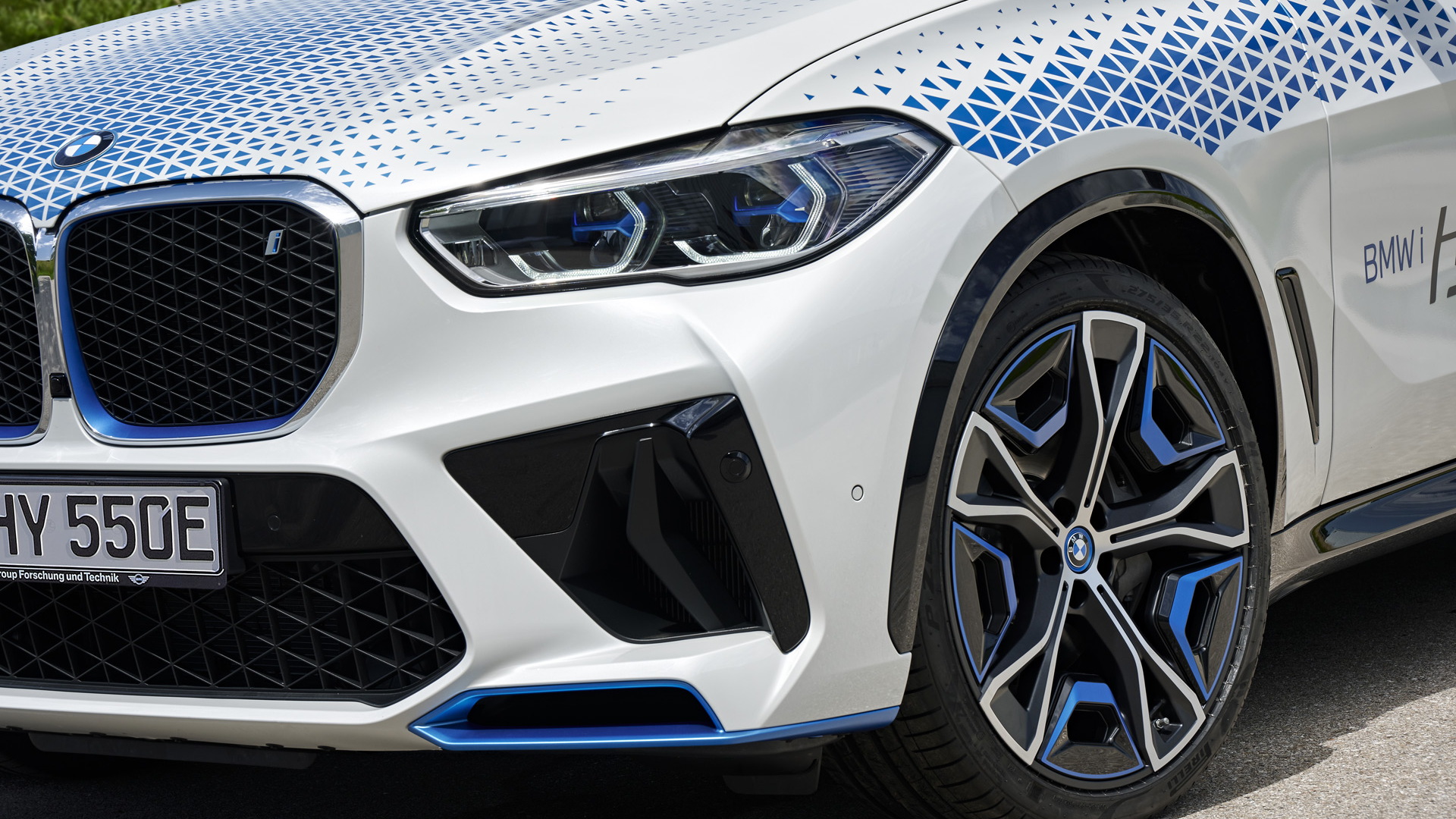 BMW will use September's Munich auto show to preview a hydrogen-electric X5 due to enter limited production in 2022.

The vehicle was first previewed in 2019 as the i Hydrogen Next concept. It's currently in the prototype stage, and on Tuesday was confirmed to go by the name iX5 Hydrogen.

A hydrogen-electric vehicle is similar to a battery-electric vehicle, but instead of drawing electricity from a charged battery it relies on a hydrogen fuel-cell stack. In the case of the iX5 Hydrogen, the fuel cell sits up front and draws hydrogen from two tanks, one in the X5's transmission tunnel and another under the rear seats. The tanks are made from carbon-fiber-reinforced plastic and hold about 13 pounds of hydrogen at more than 10,000 psi. A fill takes only a few minutes.

The fuel cell combines hydrogen with oxygen from the air to create electricity in a process whose only byproduct is water. The electricity primarily powers a single motor at the rear axle, but is also used to charge a small battery that steps in to deliver extra juice to the motor during high-load situations. Total system output is 368 hp. The fuel cell on its own generates about 167 hp. 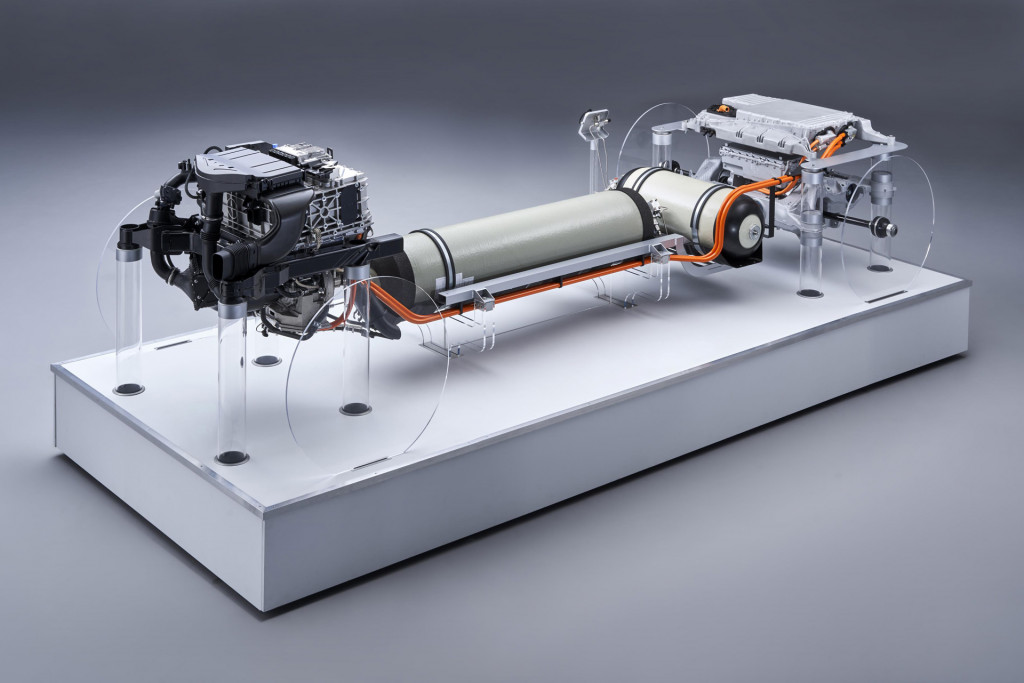 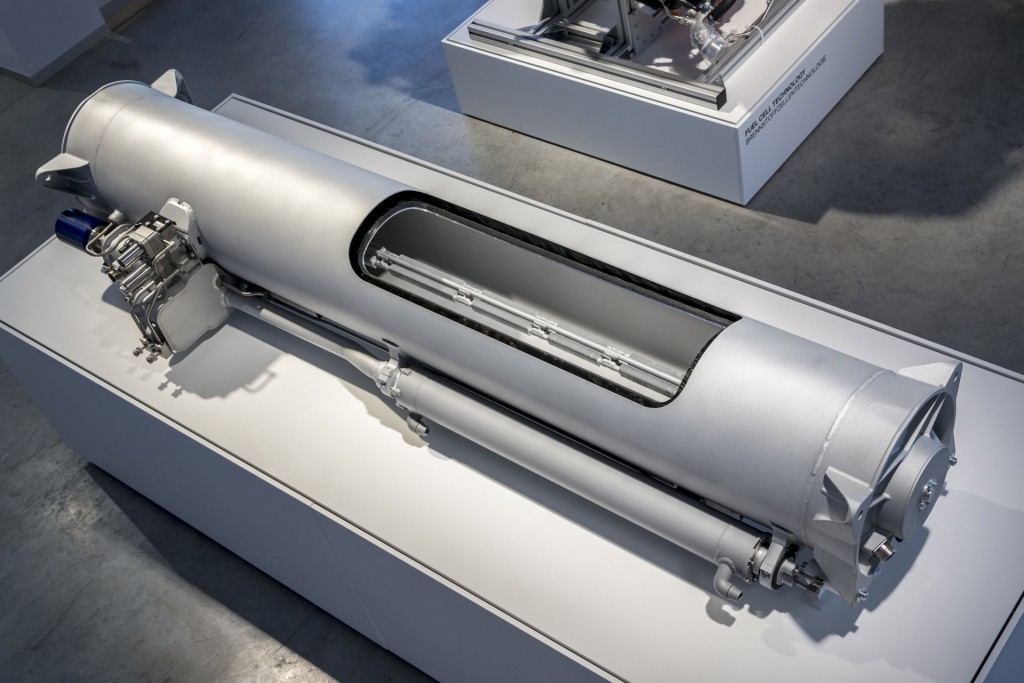 BMW is also keen to point out that it isn't only the iX5 Hydrogen's powertrain that is green. The vehicle's aerodynamically shaped 22-inch wheels are wrapped in a new Pirelli tire made from natural rubber and a wood-based synthetic fiber known as rayon. These materials replace much of the petroleum-based synthetic rubbers used in modern tires.

Don't get too excited about buying an iX5 Hydrogen. Ignoring the fact that it's impossible to find hydrogen fueling stations in most parts, the small batch of iX5 Hydrogens destined to be built will only be used for demonstration and testing purposes. BMW doesn't expect to have any hydrogen-electric vehicles at dealerships until 2025, at the earliest. The date could be even later depending on the direction the market takes, the automaker has said.

Despite the challenges hydrogen-electric vehicles face, BMW wants to be ready to supply customers with their powertrain of choice in the future, whether it be gasoline, diesel, battery or hydrogen. In the case of hydrogen, BMW sees it as an opportunity for customers that favor long-distance driving or live in regions without adequate charging infrastructure.