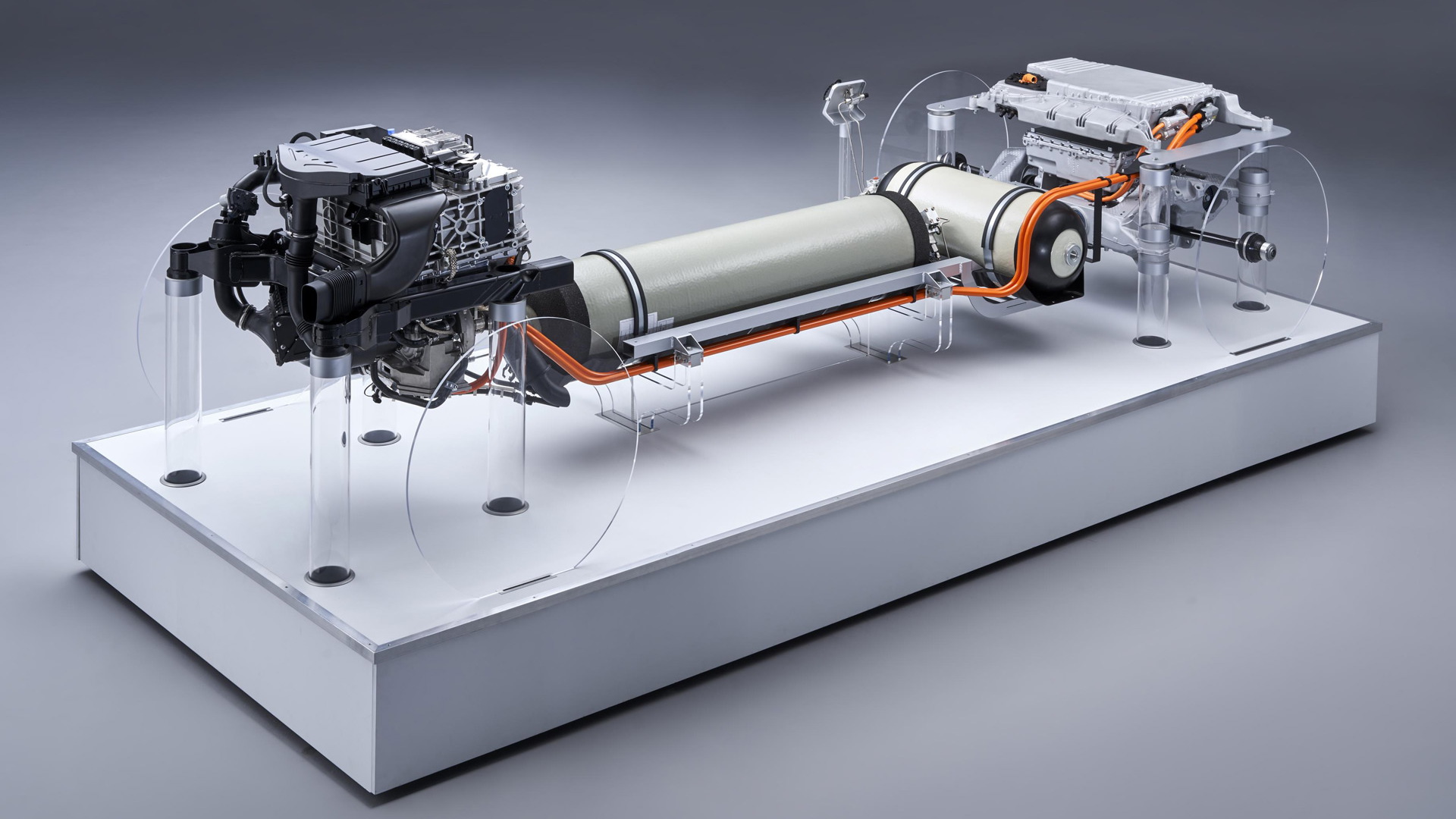 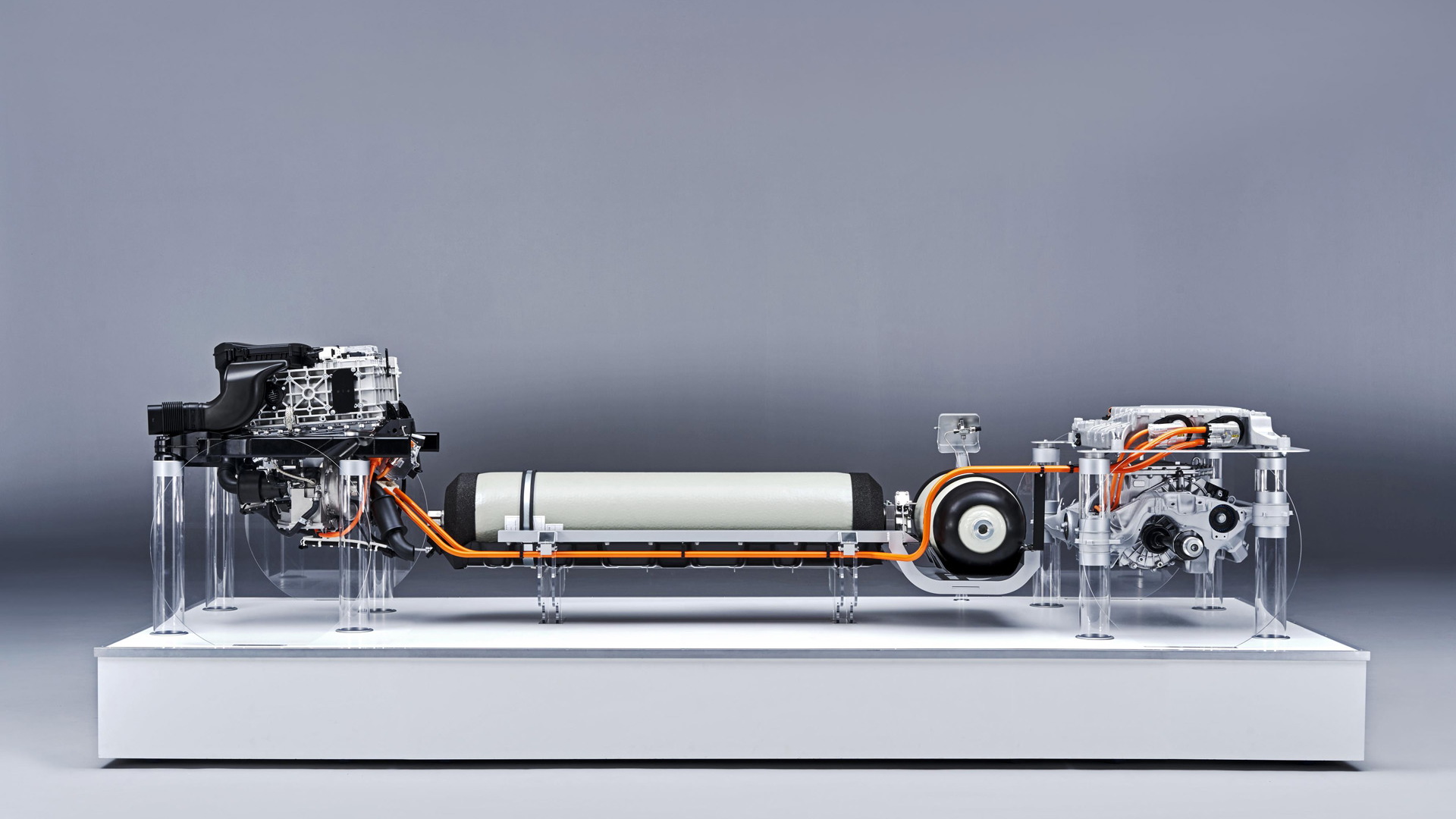 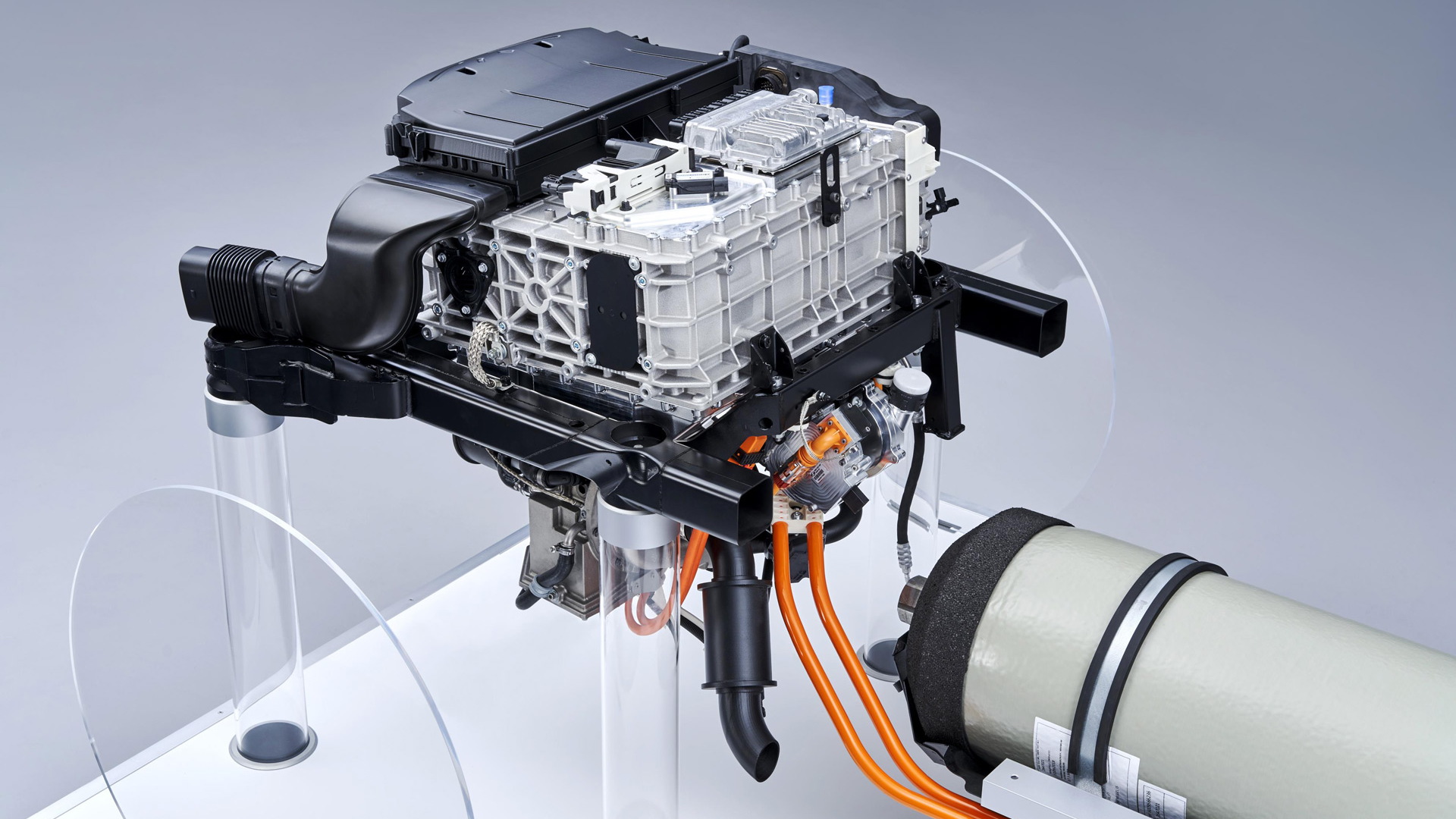 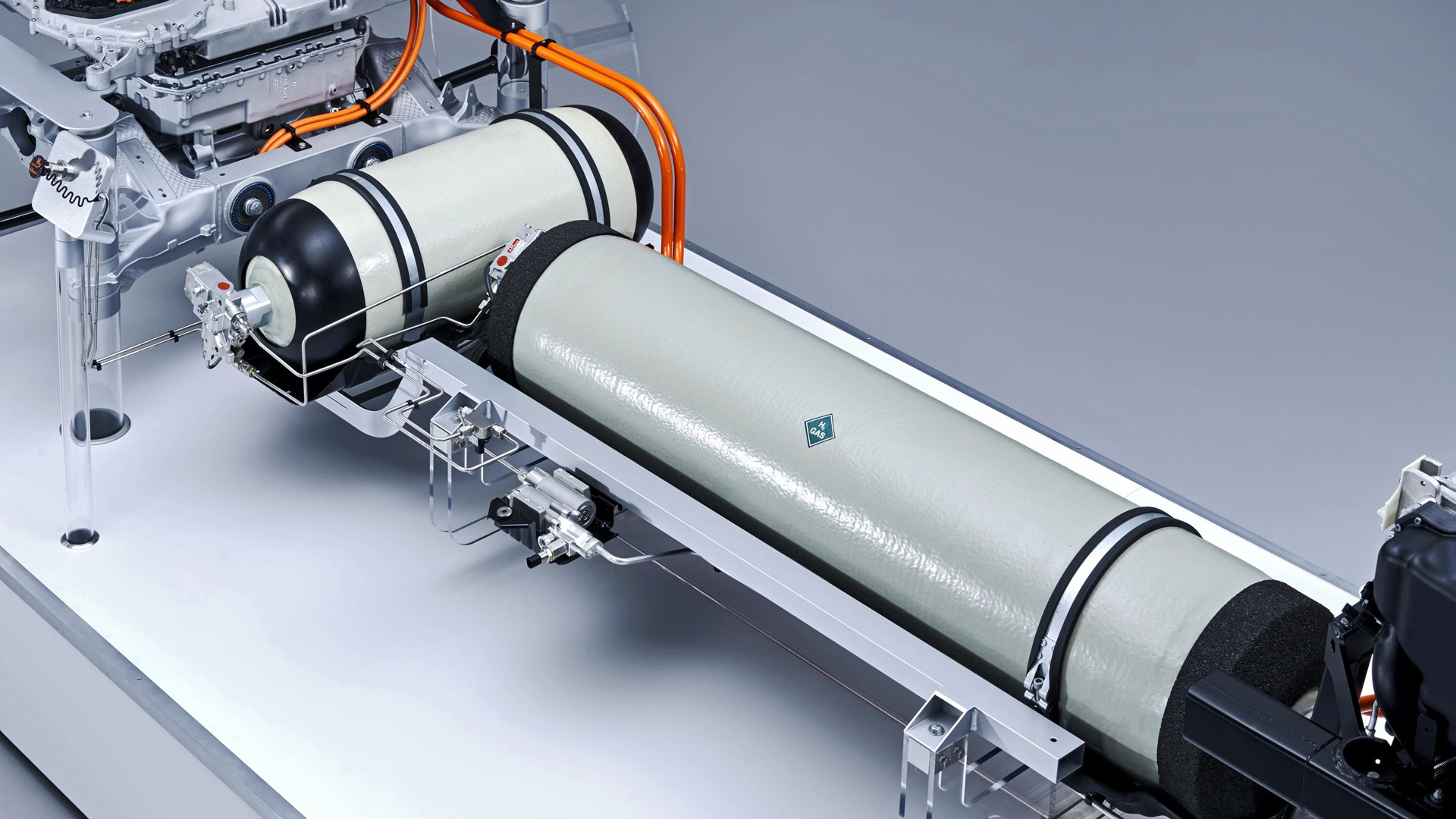 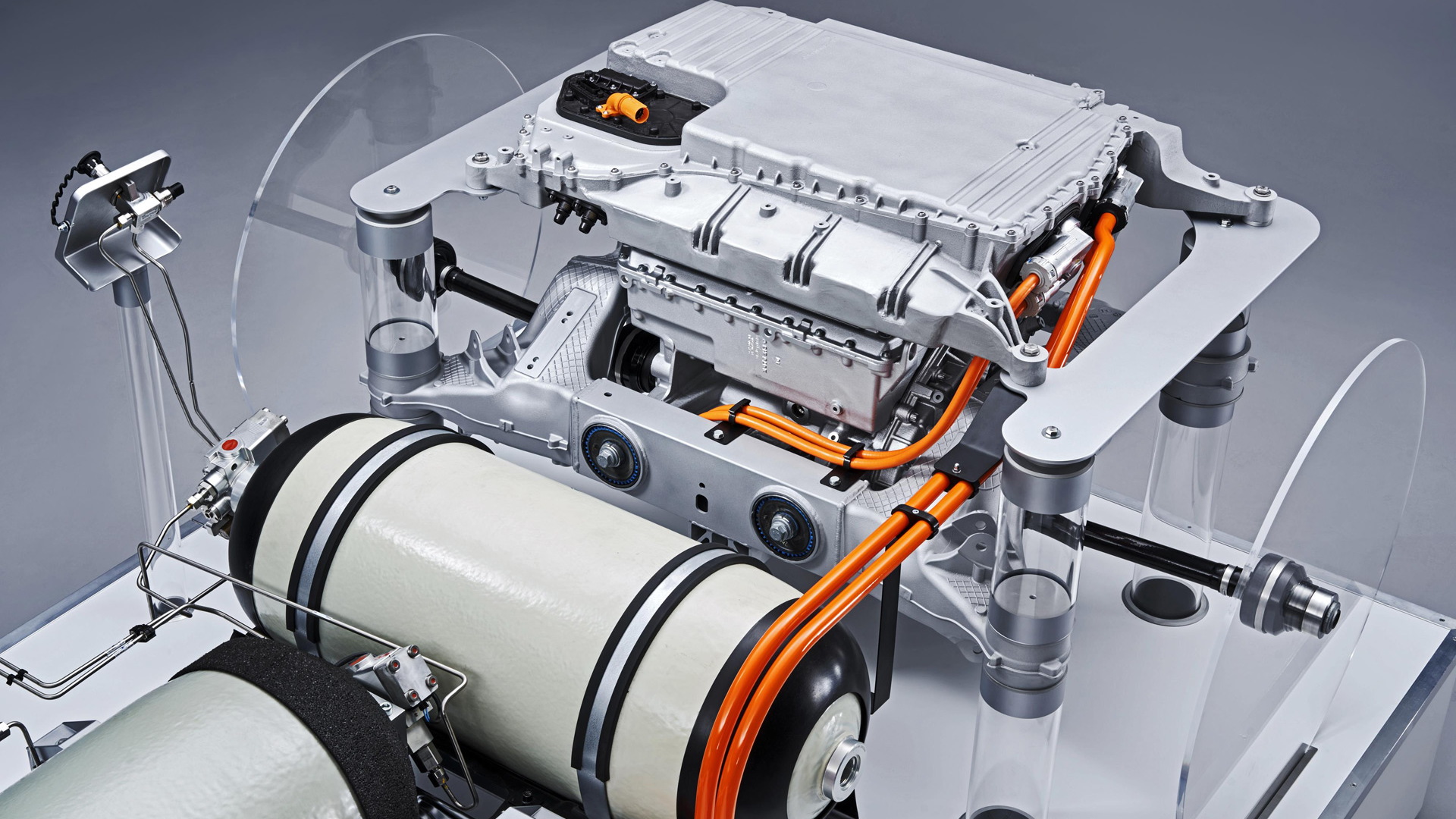 BMW plans to put a hydrogen-electric vehicle into limited production in 2022, which the automaker previewed last September with the X5-based i Hydrogen Next concept.

On Monday, BMW provided the first details on the powertrain that will feature in the production version of the i Hydrogen Next, which will also be X5-based.

A hydrogen-electric vehicle is essentially an EV where instead of a battery, the electric motor is powered primarily by a hydrogen fuel cell stack.

BMW i Hydrogen Next concept

In the case of BMW's upcoming hydrogen-electric X5, the fuel cell will sit up front and draw hydrogen from two tanks, one in the X5's transmission tunnel and the other under the rear seat. The fuel cell will combine hydrogen with oxygen from the air to create electricity which will directly power an electric motor at the rear axle.

Electricity from the fuel cell will also charge a small battery that will also power the motor during high-load situations. Total system output in this case will be 368 horsepower. The fuel cell on its own generates about 167 hp.

As mentioned, the hydrogen-electric X5 will be built in limited numbers. BMW doesn't plan to sell it to private customers, though. The automaker doesn't expect to have any hydrogen-electric vehicles at its dealers until 2025, at the earliest. The date could be even later depending on the direction the market takes, BMW said.

The reason for the hydrogen-electric X5 is so the automaker can supply customers with their powertrain of choice in the future, whether it be gasoline, diesel, battery or hydrogen. In the case of hydrogen, BMW sees it as an opportunity for customers that favor long-distance driving.

“We are convinced that various alternative powertrain systems will exist alongside one another in future, as there is no single solution that addresses the full spectrum of customers’ mobility requirements worldwide,” said Klaus Froehlich, head of R&D at BMW. “The hydrogen fuel cell technology could quite feasibly become the fourth pillar of our powertrain portfolio in the long term.”