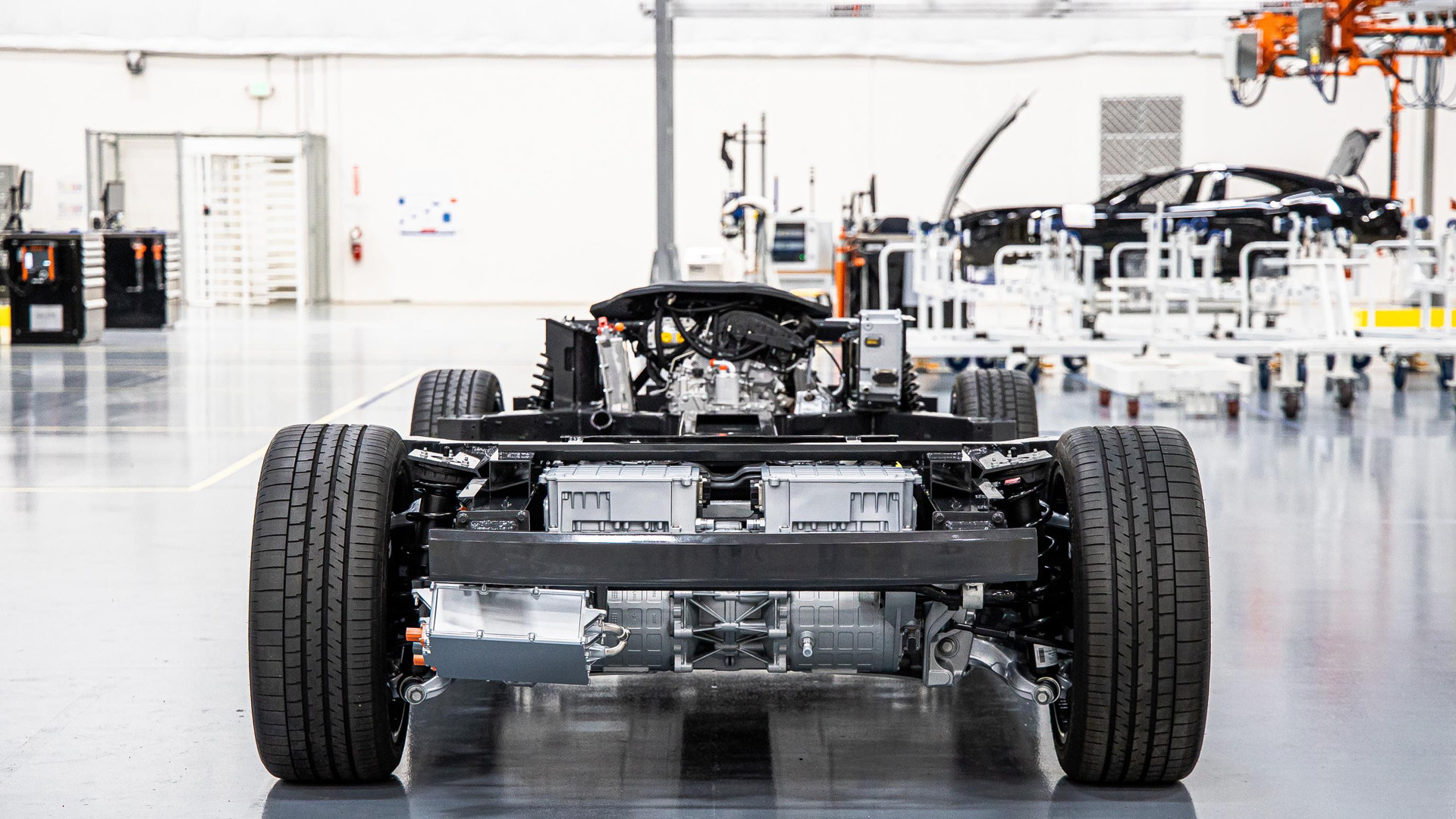 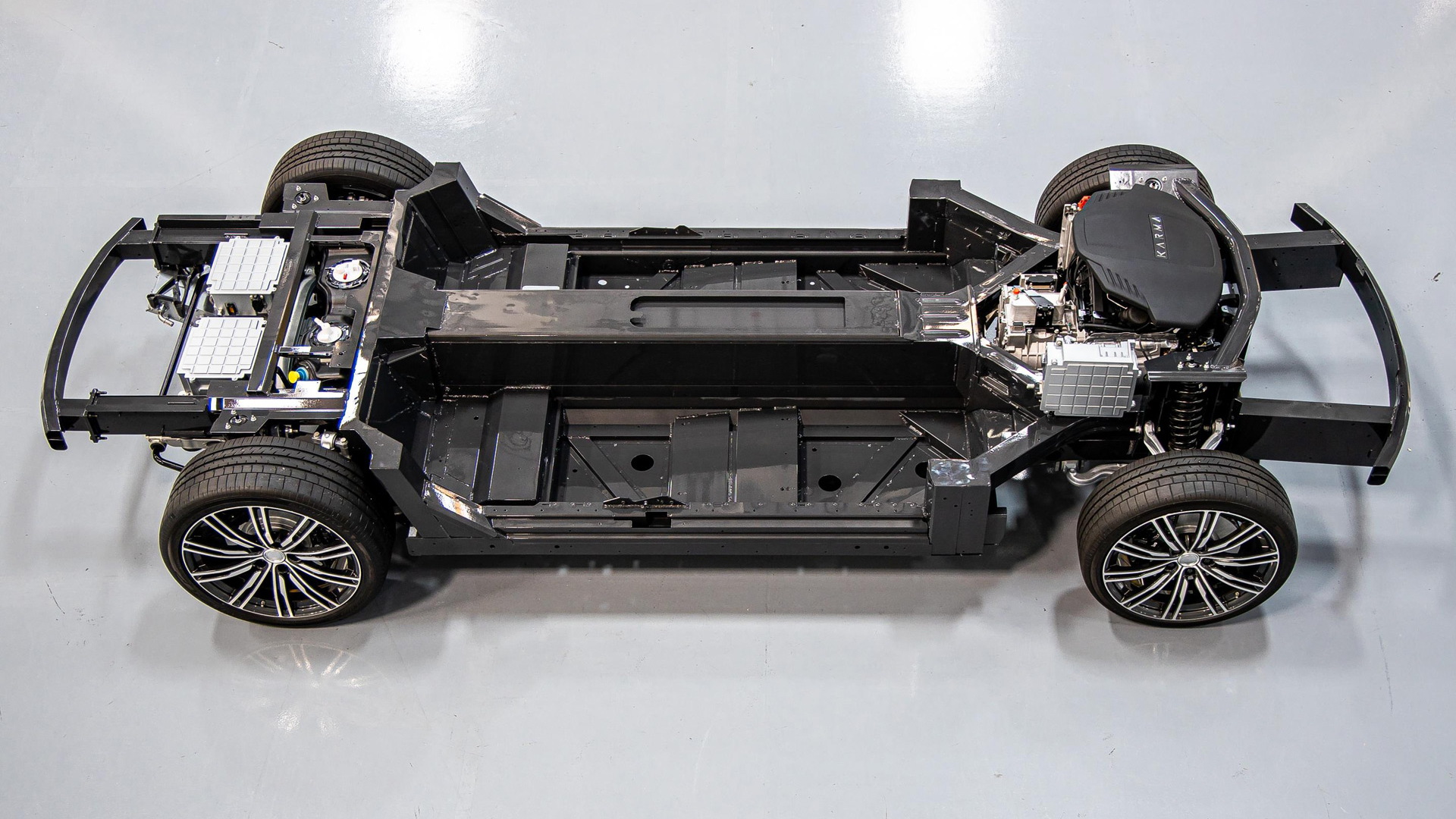 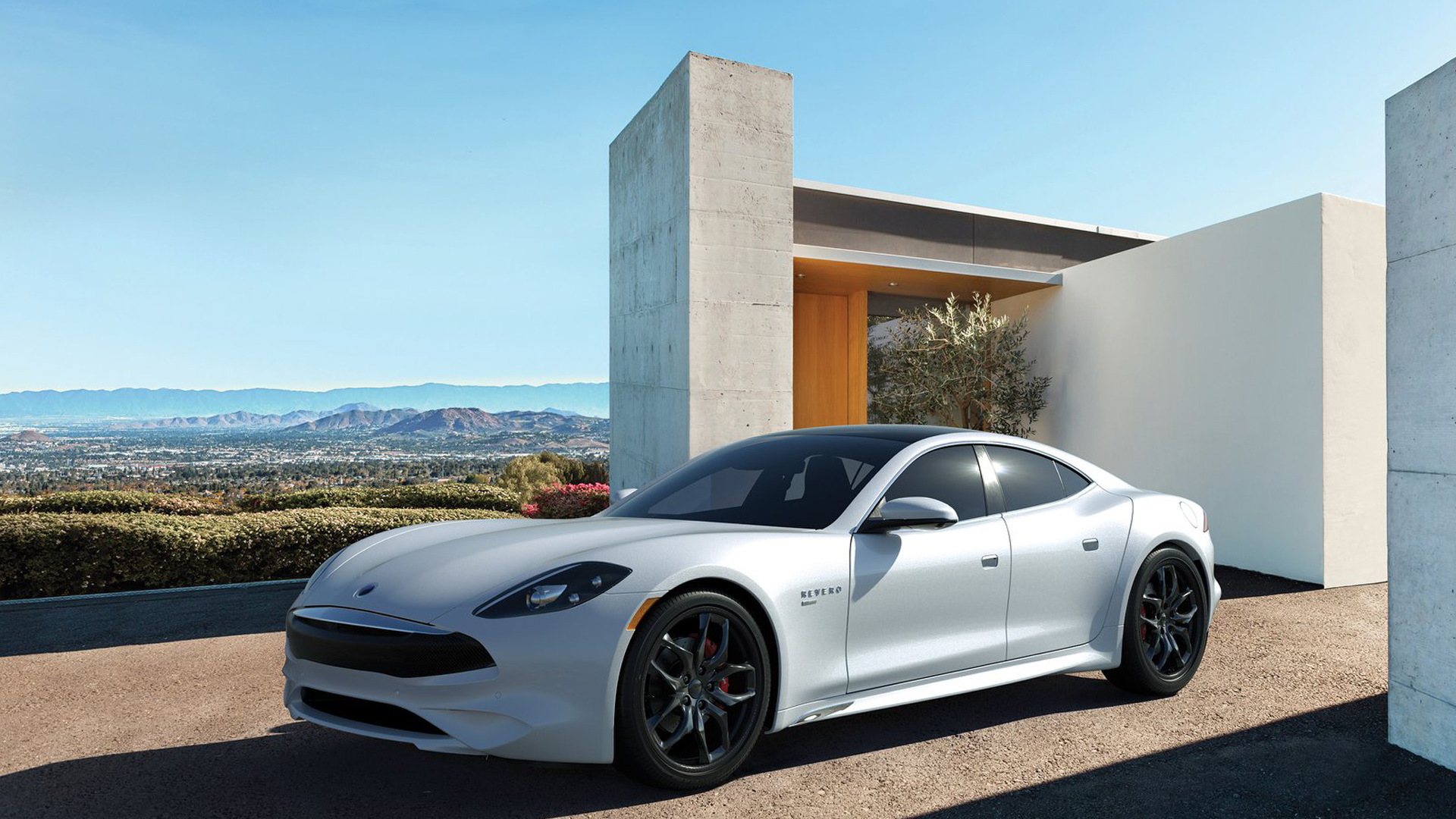 Karma on Monday unveiled its E-Flex extended-range EV platform, which the Californian company plans to sell to other firms.

The E-Flex underpins Karma's Revero GT sedan but is modular in nature so can underpin a wide variety of vehicles ranging from commercial vans to supercars. It can also be used for both extended-range EVs like the Revero GT and battery-electric EVs, depending on the setup.

In the Revero GT, the platform houses a 28-kilowatt-hour lithium-ion battery running its spine, a pair of electric motors at the rear axle, and a BMW-sourced 1.5-liter turbocharged inline-3 at the front for range-extending duties.

The configuration is just one of a possible 22, said Kevin Pavlov, COO of Karma. Buyers will be able to specify different solutions for the battery packaging and electric motors, for example.

Karma will show a concept based on the platform in the coming months, believed to be a pickup truck. Pavlov said in January that Karma will eventually build its own pickup truck and an SUV.

The company will also unveil a battery-electric version of the E-Flex platform in the coming months and it, too, will be available for sale. Karma plans to launch its first battery-electric car in 2021.

Karma said it wants to satisfy demand from vehicle manufacturers looking for a fast, relatively low-cost solution to entering the EV game. By using an off-the-shelf platform, the manufacturers can avoid the cost of developing, testing and certifying a platform from scratch.

But Karma isn't alone in this space. Rival EV startups Bollinger, Canoo and Rivian also have platforms up for sale. In the case of Canoo and Rivian, major automakers have already signed up to use the startups' platforms.