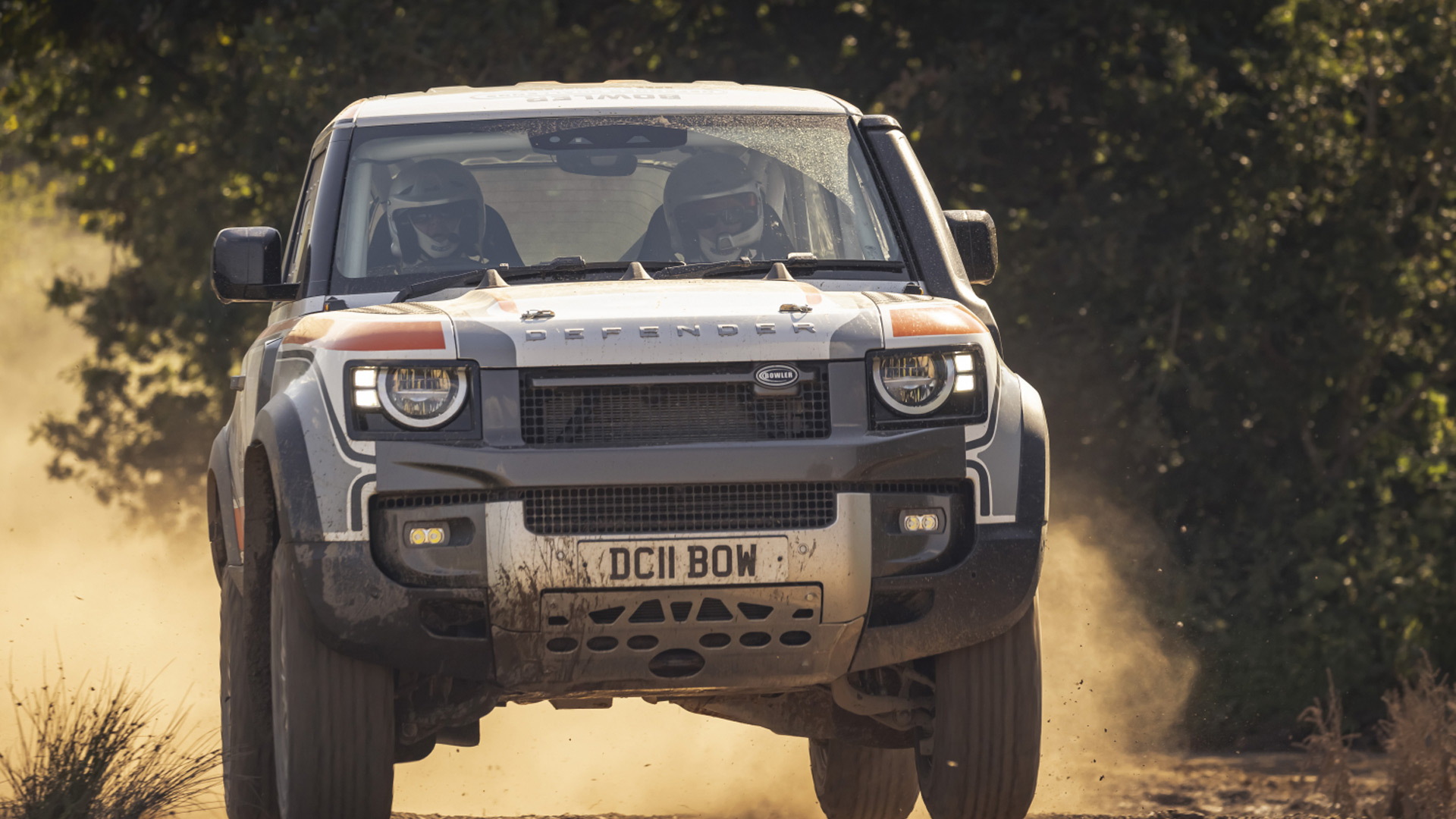 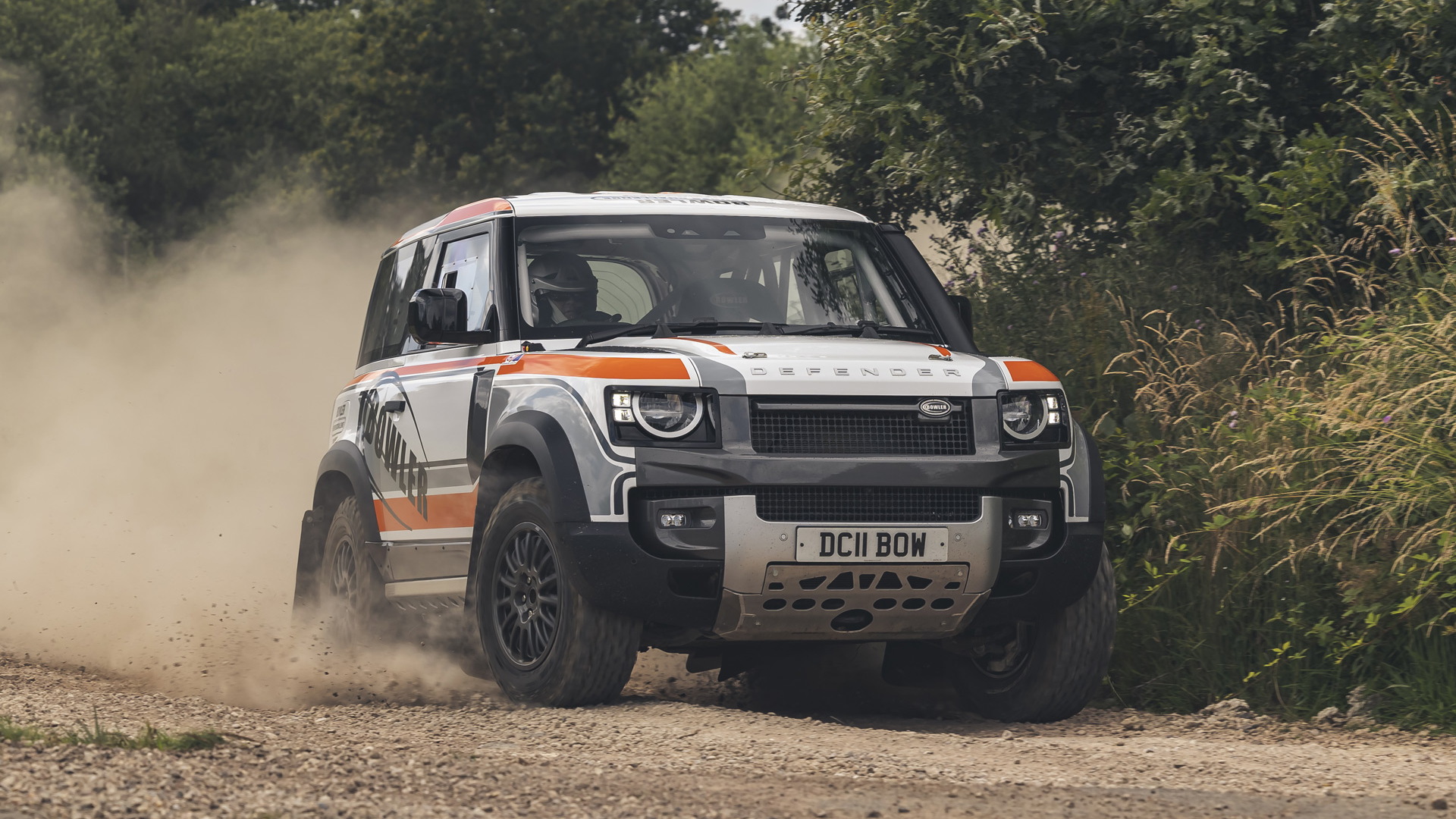 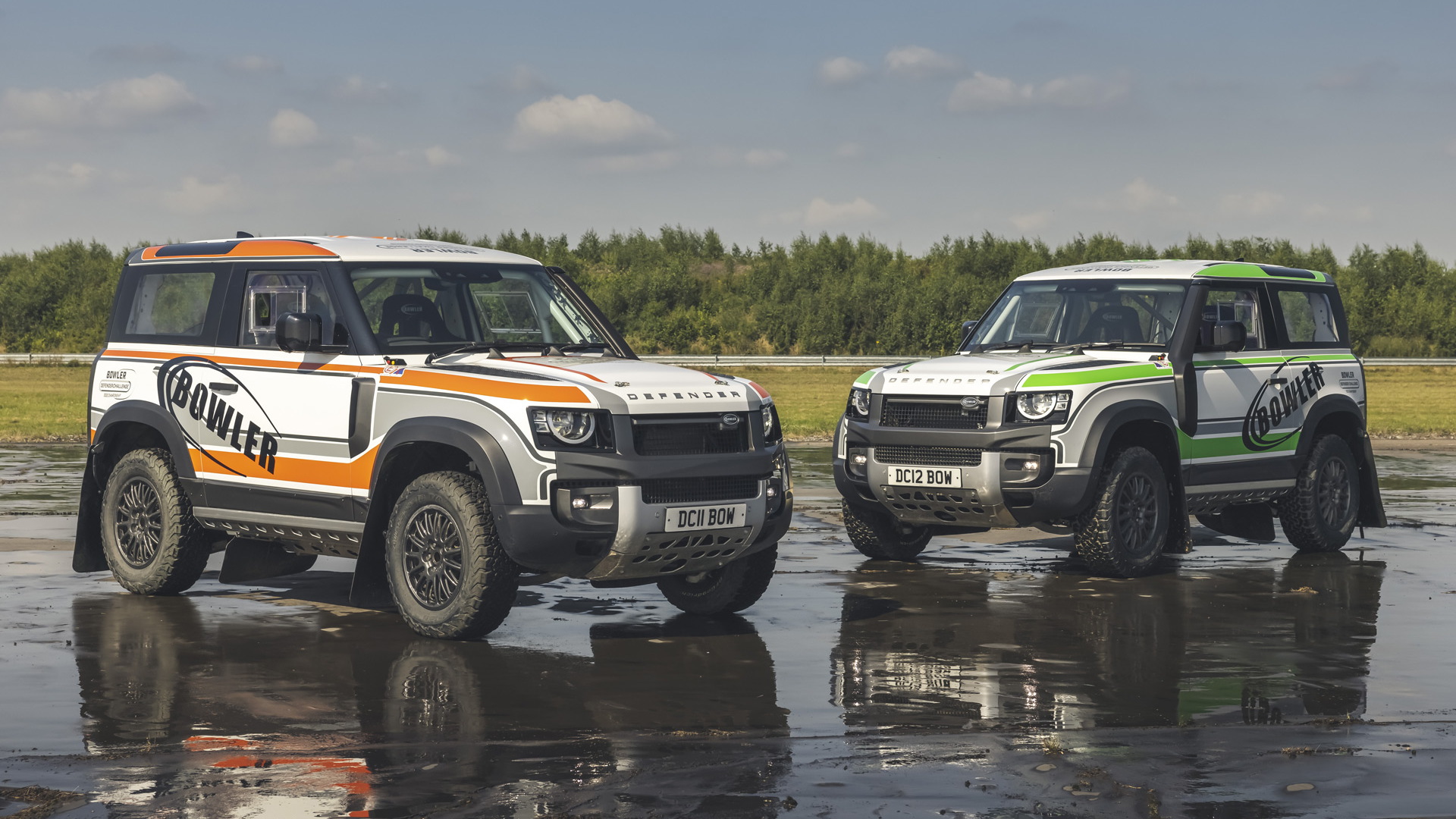 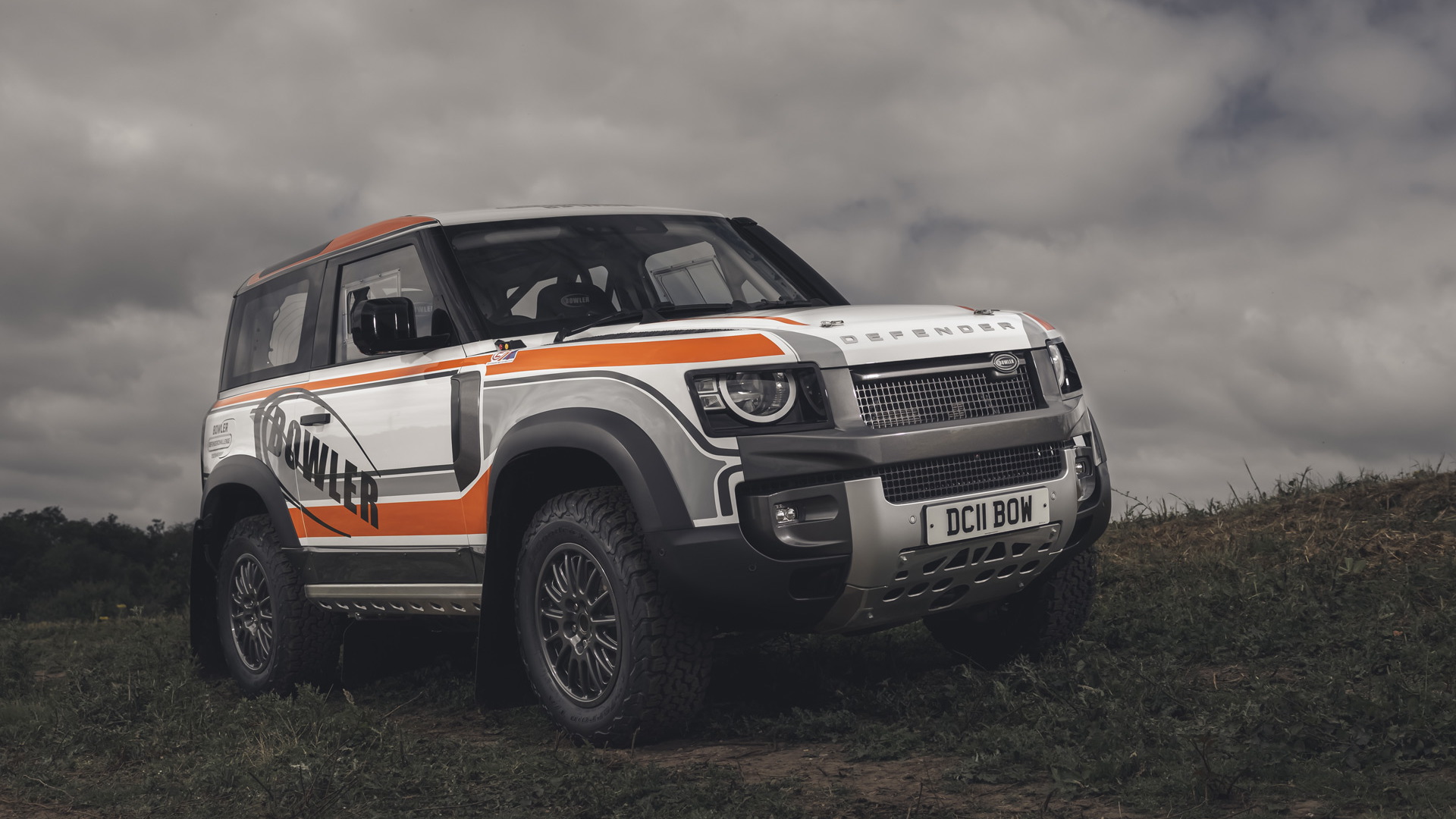 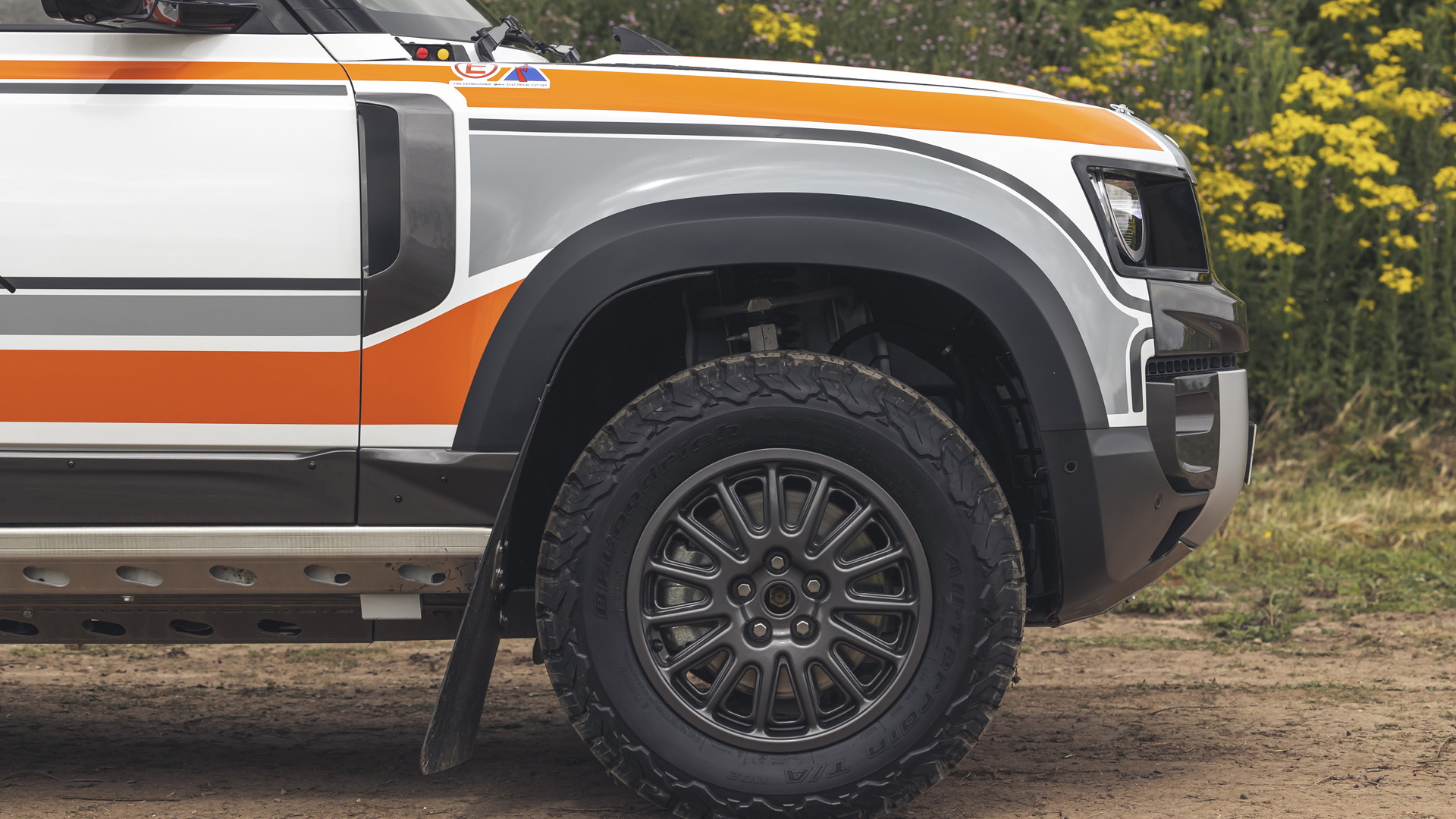 Called the Bowler Defender Challenge, it was aimed as a feeder series to train up-and-coming drivers for the Dakar Rally and other rally raid-style events, with major emphasis placed on keeping costs low.

Since then Land Rover has acquired Bowler and launched a redesigned Defender, and on Wednesday the automaker announced a rebooted Bowler Defender Challenge that features the new Defender as the basis.

The series is open to 12 teams, with each to use a common Defender rally car prepared by Bowler. The rally car is based on the two-door Defender 90 equipped with the SUV's 2.0-liter turbocharged inline-4. Peak output matches the 296-hp of the road-going model. That might not seem like much but we'll remind you that the previous Bowler Defender Challenge rally cars came with a 2.2-liter diesel with just 170 hp.

Naturally there are plenty of performance upgrades designed for off-road racing. These include modifications to the suspension, underbody, cabin (including installation of a roll cage), and custom 18-inch wheels wrapped in rally-spec all-terrain tires.

We're not talking simple bolt-ons here. Each SUV is first completely stripped back to install the FIA-spec roll cage, as well as add bracing for the front and rear subframes, and strengthened mounts for the engine, radiator and transmission. There's also increased cooling capacity for the transmission, plus new suspension with unique springs and custom Fox dampers. The front upper wishbones are also revised to suit a taller ride height.

The exterior also sports a new design thanks to a revised lower front fascia to incorporate the new underbody protection, plus a new grille with increased air flow. The vehicle also features wheel arch extensions, rock sliders, a snorkel and roof spoiler.

The rebooted Bowler Defender Challenge will host its first season in 2022. There will be seven rounds, all of them in the United Kingdom, with specific dates and locations to be announced later in the year. Entry starts at 99,500 British pounds (approximately $138,000), which includes the cost of the Defender rally car and event support for the full season. Further options include training, logistics, vehicle support, and a range of accessories.